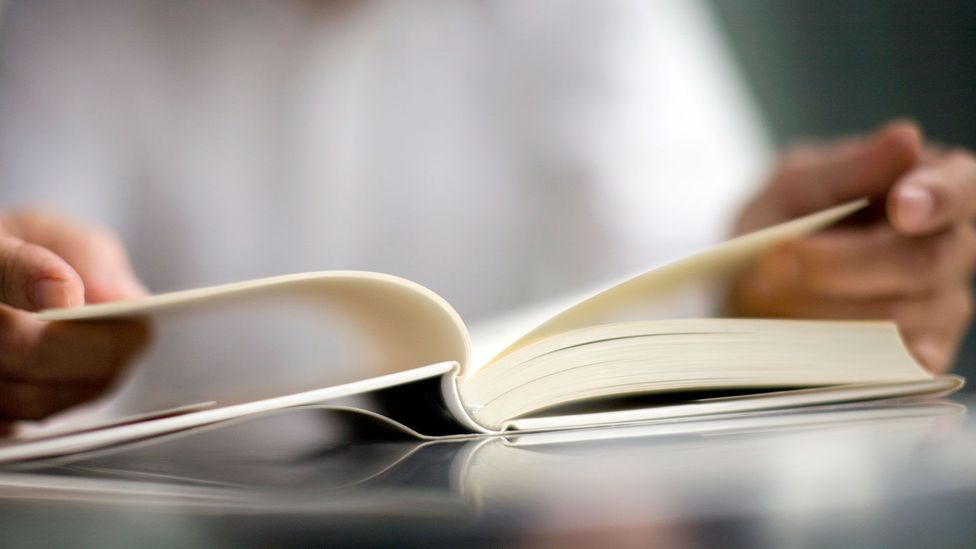 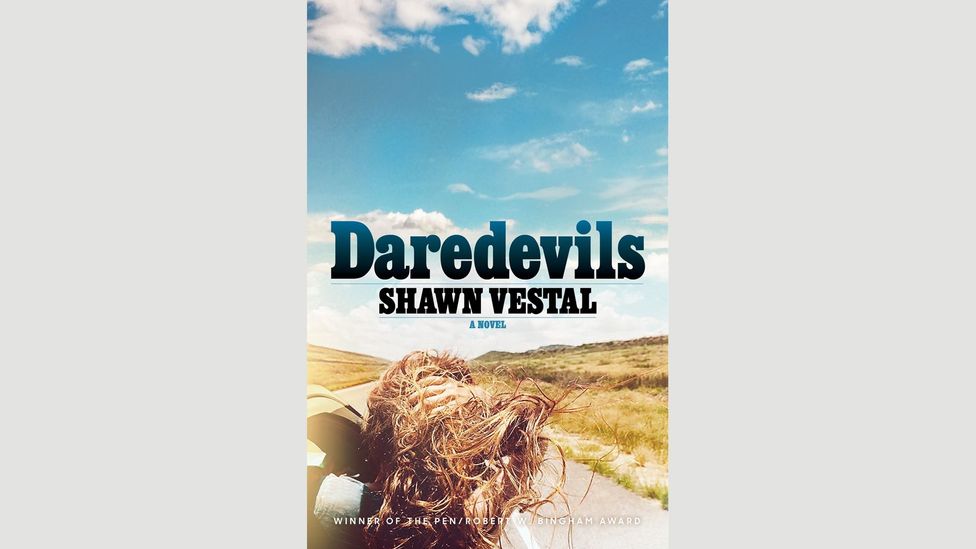 With Nixon about to resign as Vestal’s debut novel opens. Loretta, age 15, climbs out of the window to meet her boyfriend. She returns to a beating from her strict Mormon father. He places her as the “sister wife” of Dean Handler, a breakaway Mormon who maintains the practice of polygamy. (Dean and his stern wife Ruth have seven children and a thriving food supply business.) But Loretta won’t be harnessed so easily. Vestal combines gorgeous writing, adventurous plotting, carefully carved characters and a series of monologues by motorcycle stuntman Evel Knievel with a deeply textured sense of the West, with its religious cults and casino wildness. Daredevils is a feat, the literary equivalent of jumping the Snake River Canyon. (Credit: Penguin Press) 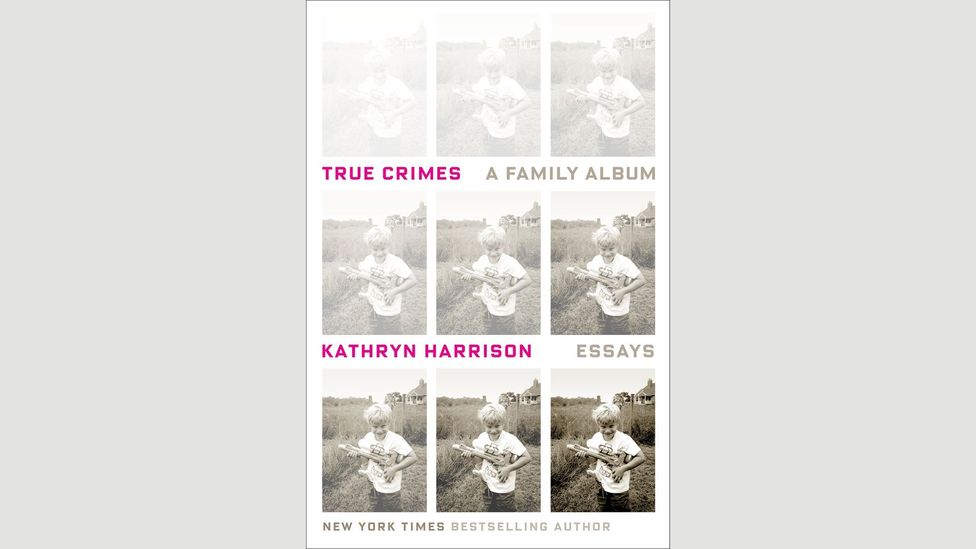 With courage, meticulous craft and compelling candour, the novelist and essayist returns to subjects she has explored before: her childhood in Los Angeles, where grandparents stood in for her teenager mother and banished father and her later incestuous encounters with her father. She also writes movingly of her healing emotional connection with her father-in-law, her illnesses (the sudden onset of an alarming thyroid condition, her ongoing vigilance after an early melanoma is removed), and of pilgrimages in search of answers to such questions as “What did it feel like to be my mother?” She writes lovingly and honestly of her husband and their conflicts, and of how hard she is working to be a good mother to her three children. These intricately interwoven personal essays combine into a tapestry of rare beauty. (Credit: Random House) 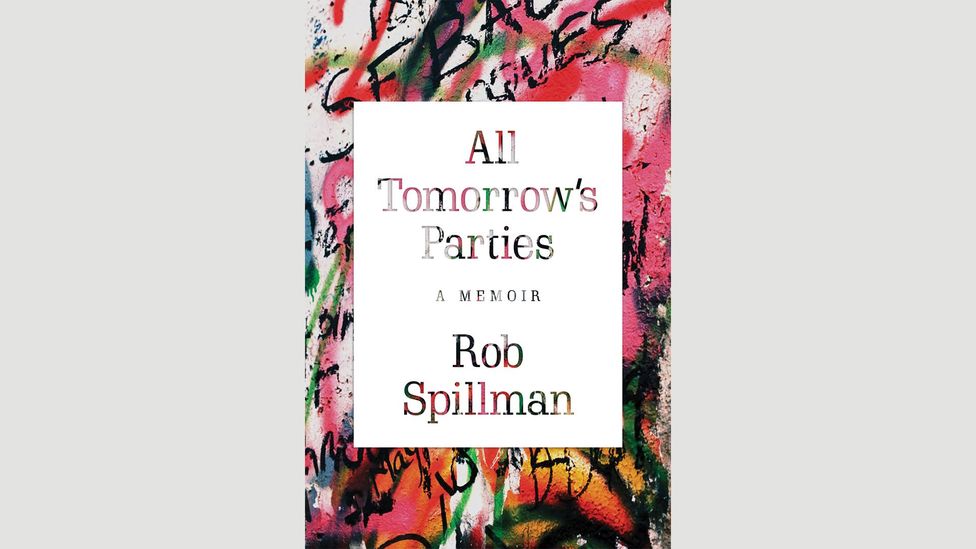 Spillman opens his memoir as he and Elissa, two young writers in love, head toward the Berlin Wall. It’s four months before reunification, and they are passengers on two Vespas, on their way to a rave. “I feel like I’m in Fellini’s Roma,” he writes. They dance until dawn under the Wall, in an old U-Bahn station closed for 40 years. “I am nowhere,” he writes. “I am home.” And indeed he is. Spillman was born in Berlin, the son of American classical musicians who separated when he was four. As he retraces his steps, Spillman evokes decades of cultural life in West Berlin and the US, and traces the satisfactions of his love and marriage. This young artist’s cross-cultural coming-of-age comes complete with a [mixtape featuring Beethoven, Sonic Youth, Satie and the Sex Pistols](https://play.spotify.com/user/groveatlantic/playlist/7ykajwaFBQnizNm6DsaWP5). (Credit: Grove Press) 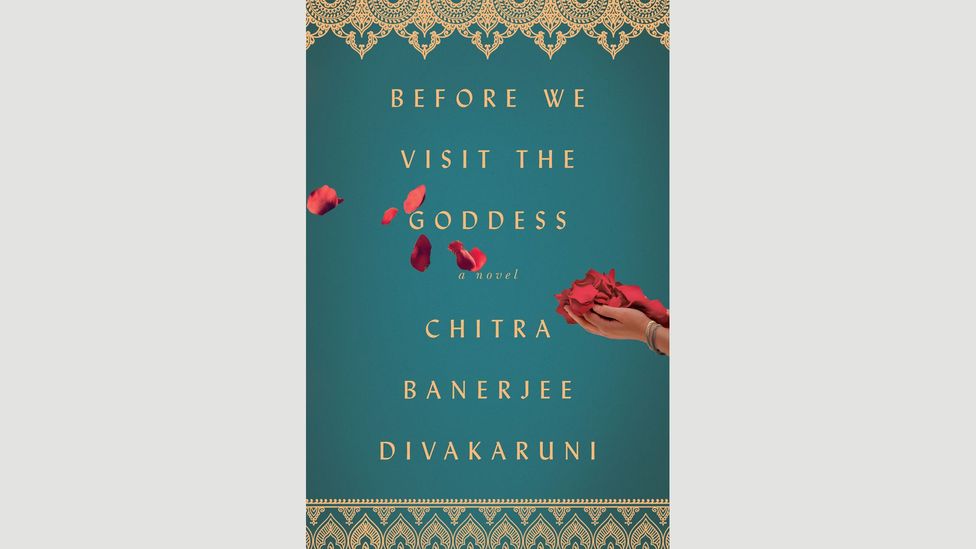 Three generations of headstrong Bengali women, their passions, secrets, regrets and mysteries, come to life through Divakaruni’s storytelling wizardry. In the opening pages, Sabitri, a once poor baker’s daughter who has retired from running a sweet shop in Kolkata to her ancestral village – the “savage lands,” as her long-time business manager calls it – takes a phone call from her daughter Bela in Houston. Bela is distraught because her own daughter Tara is dropping out of college. Can Sabitri help? “What is it about children?” Divakaruni writes. “An old need twisted in Sabitri’s chest. Protect, protect.” She begins a letter to Tara, whom she has never met, telling her own cautionary tale. Divakaruni brings us from the poor villages to the upper crust urban families, from India to Texas, to show how three courageous women struggle toward independence. (Credit: Simon & Schuster) 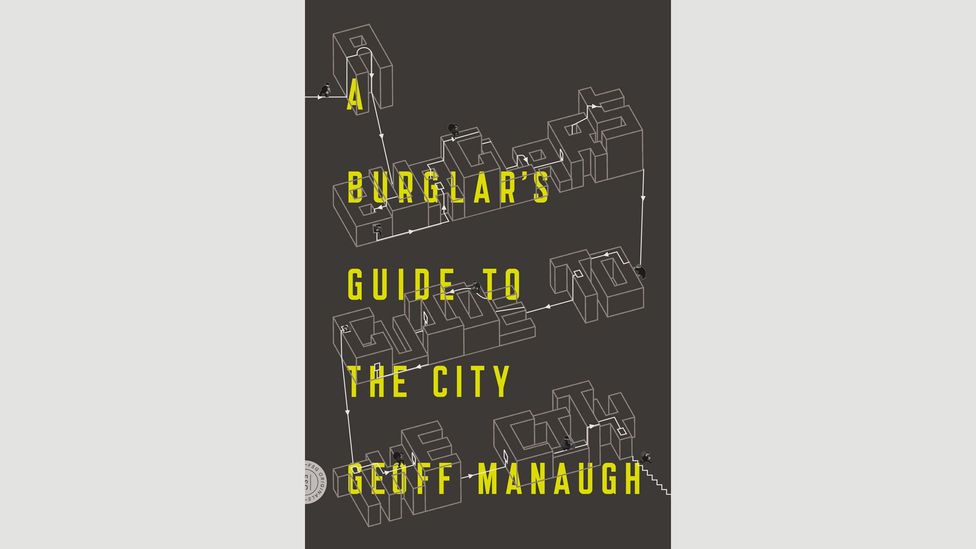 “Burglary is the original sin of the metropolis,” writes Manaugh in this intriguing analysis of urban buildings as targets for robbery. George Leonidas Leslie, the greatest burglar of the 19th Century, used his training as an architect to inaugurate “one of the most spacially astonishing crime sprees in US history.” Leslie and his gang, dressed in opera costumes, were behind 80 percent of all bank robberies in the US, including the 1878 Manhattan Savings Institution heist of $3 million. Manaugh explains how Los Angeles, known in the 1990s as the “bank robbery capital of the world,” catalysed a new kind of crime, “stop-and-robs,” because free-standing banks and credit unions were built in close proximity to the ever-expanding freeway network, and how $50 million in diamonds were stolen in Antwerp in 2003. His is a surprising and fascinating true-crime epic. (Credit: Farrar, Straus and Giroux) 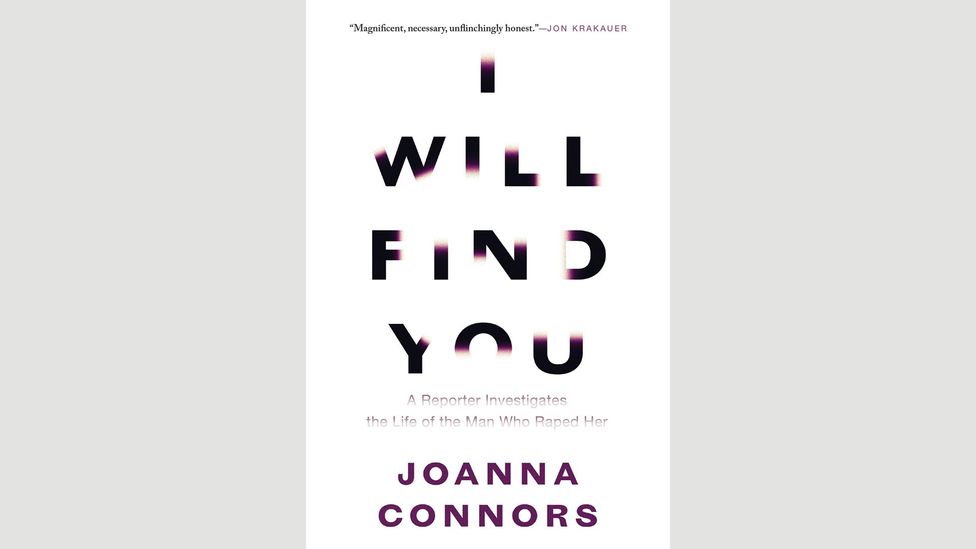 Connors, a Cleveland Plain Dealer reporter, was on a reporting assignment at a college theatre in 1984 when she was approached by a stranger with a knife. “This is it,” she writes. “My rape. I knew it was coming. Every woman knows. And now here it is. My turn.” After her rapist was caught and sentenced, she buried the experience. Years later, as her own daughter prepared to head to college, she decided to re-open that painful wound, explore its consequences (including her own hyper-alert state) and learn about David, her rapist. She delves into his life, talking with his siblings about their abusive father, and learning about the poverty, violence, racism and incarceration that shaped him. One thoughtful reporter’s painstaking, unflinching and gripping report on America’s culture of rape. (Atlantic Monthly) 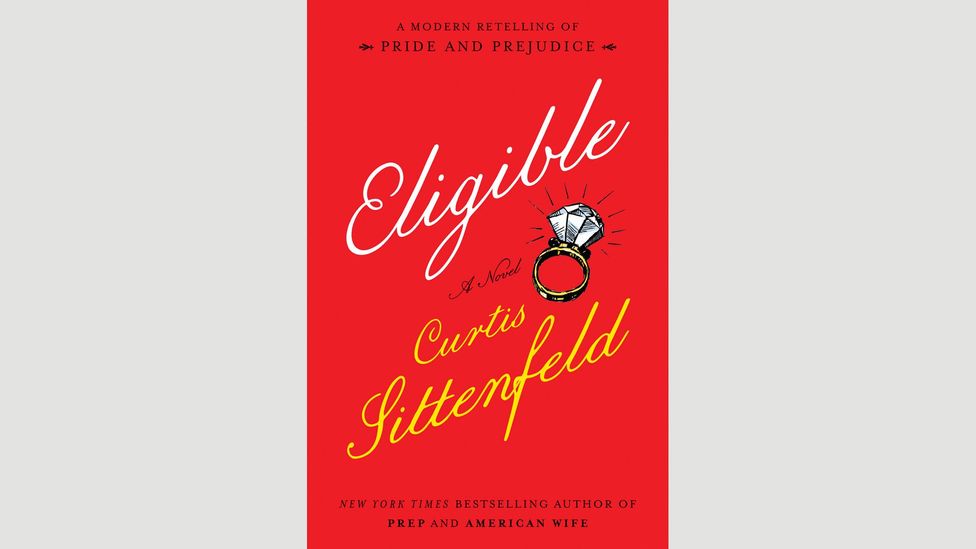 Sittenfeld’s modern send-up of Pride and Prejudice is wickedly smart. Jane Bennet, a New York yoga instructor, and her sister Liz, a magazine writer, return to Cincinnati after their father’s heart surgery. The eight-bedroom Tudor house where their parents and three sisters live is in disrepair, rooms filled with boxes of housewares their mother has ordered from high-end shops. Their father is bankrupted by his medical bills. Mrs Bennet is determined to marry off her eldest daughters. She sets up Jane, 39, with Dr Chip Bingley, famous as the bachelor on the reality TV show Eligible. Jane faints on their first date; it turns out she is pregnant through intrauterine insemination. Visiting her in the hospital, Liz runs into Dr Darcy Fitzwilliams. The plot spins on, filled with surprises. (Credit: Random House) 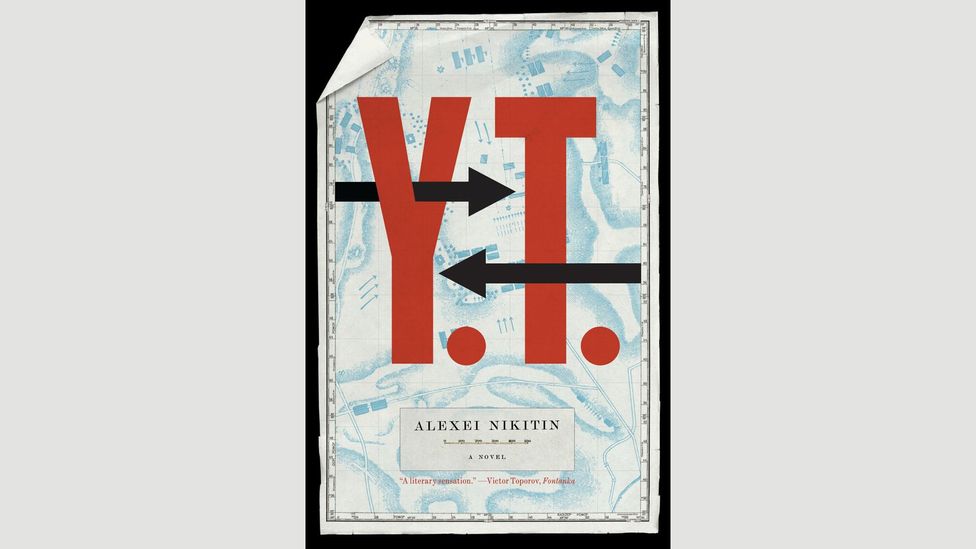 In his first novel translated into English, Nikitin, an award-winning author born in Ukraine, gives us a narrator, Alexander, who tells of five bored physics students who collaborate on a faux war game in 1984, as the Soviet Union nears collapse. They divvy up territory among “emperors, khans and caliphates,” ending each elaborate troop movement with “your turn,” or “YT” to cue the next player. It’s an absurd, witty game (one student declares himself a lama and issues a decree that “all Mongolia should plunge itself into a state of nirvana”). But not to the KGB. Three of the students have serious upheavals, one an incurable mental illness, and a fifth is a wartime casualty. Twenty years later, an anonymous email starts the dangerous game again. YT is gripping, sardonic and elegantly written in this translation by Anne Marie Jackson. (Credit: Melville House) 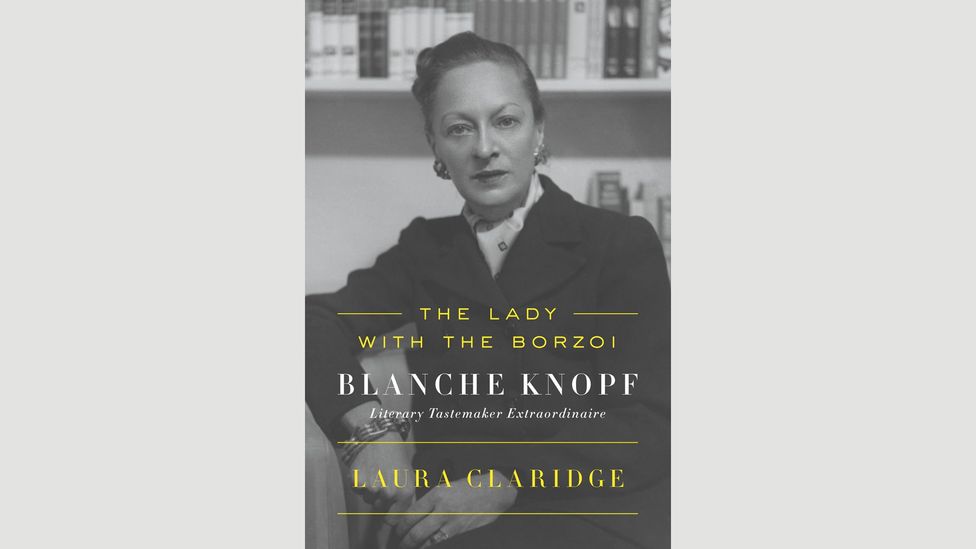 Thomas Mann described Blanche Knopf, who co-founded Alfred A Knopf with her husband in 1915, as “the soul of the firm,” even though she was left off her company’s masthead. Claridge delves into the publisher’s archives for her engaging portrait of the literary gatekeeper who brought us the writers of the Harlem Renaissance, detective novelists Dashiell Hammett, James M Cain and Raymond Chandler, French intellectuals Camus, Gide and de Beauvoir, and literary greats Willa Cather, Elizabeth Bowen and Muriel Spark. The stylish Blanche was the company’s scout for decades, traveling to Europe and South America even during the dangerous war years. Although Alfred didn’t keep his premarital promise to make Blanche an equal partner, and their marriage had its difficulties, Claridge shows how the two nurtured their distinctive publishing house through its first half century. (Credit: Farrar, Straus and Giroux) 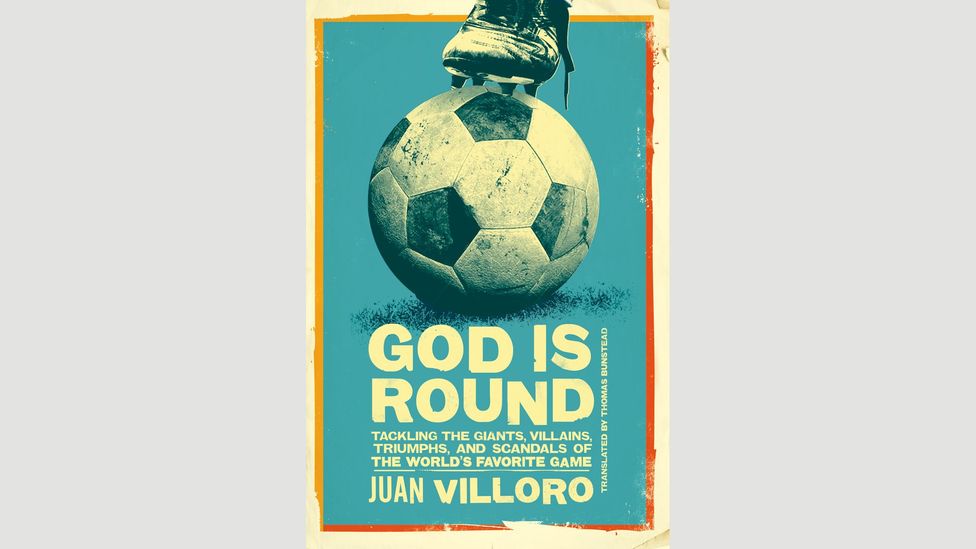 “Football presented itself as my first urge to belong.” That’s how Juan Villoro, Mexican journalist, award-winning novelist and soccer analyst, describes the beginning of his passion for the game. “Writing about football is one of the many consolations of literature.” His paean to what Javiar Marias calls the “weekly return to childhood” is knowledgeable, serious and subtle. Villoro compares Pelé and Diego Armando Maradona, delivers a diatribe against Cristiano Ronaldo, and explains violence at soccer stadiums through the writings of Ortega y Gasset, whose view was that “sport gives human beings a holiday from civilisation”. (Credit: Restless Books)