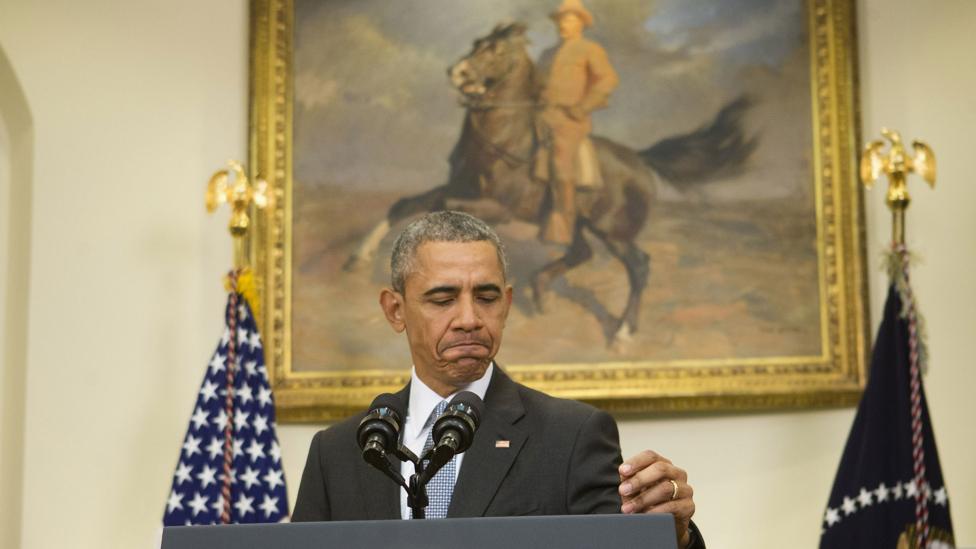 Forget what world leaders say. If you want to understand what they are really up to, look at the paintings that hang behind them at press conferences and summit meetings, or when they pause with apparent spontaneity along a corridor to answer a reporter’s question. The silent stare of a poised portrait gazing at you over the shoulder of David Cameron or Vladimir Putin is often more loaded and more deliberately orchestrated than you might think. Often these subtle messages are easy enough to decode.

Consider, for example, a photo-op earlier this year involving French President Francois Hollande in the Louvre Museum in Paris. Against the unveiling of two full-body portraits by the Dutch master Rembrandt that had been in private ownership for 130 years (the Louvre acquired the paintings jointly with the Rijksmuseum in Amsterdam), Hollande was transformed into a champion of public culture over the hoarding of art by the rich. 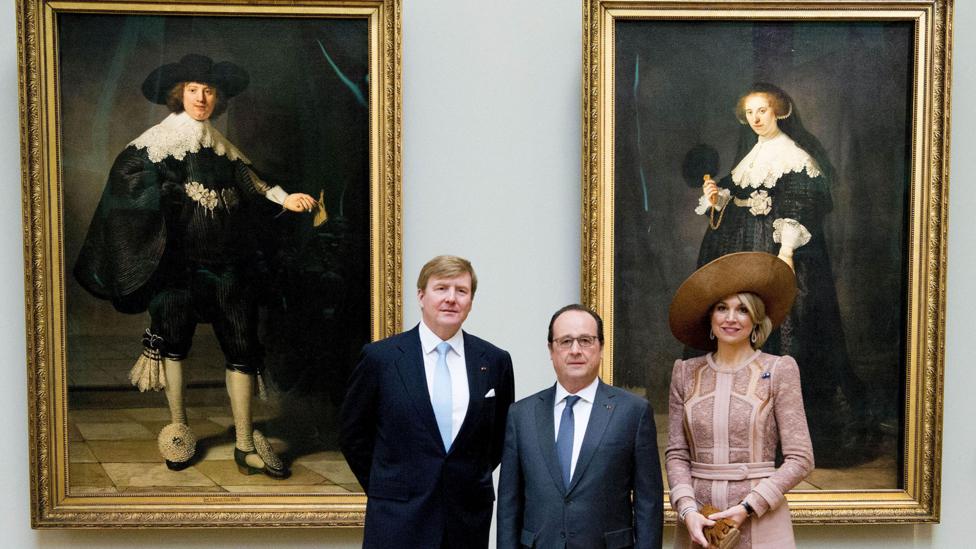 In front of the unveiling of two Rembrandt portraits, Francois Hollande was transformed into a champion of public culture (Credit: Rex Features)

Nor was it difficult to understand why German Chancellor Angela Merkel was compelled in January 2016 to be photographed in front of Girls in the Field, a small painting of two girls in bright flowery dresses. The work, created in 1943 by 8-year-old Nelly Toll in a Jewish ghetto in Poland, was on display as part of the largest exhibition of Holocaust art outside Israel. 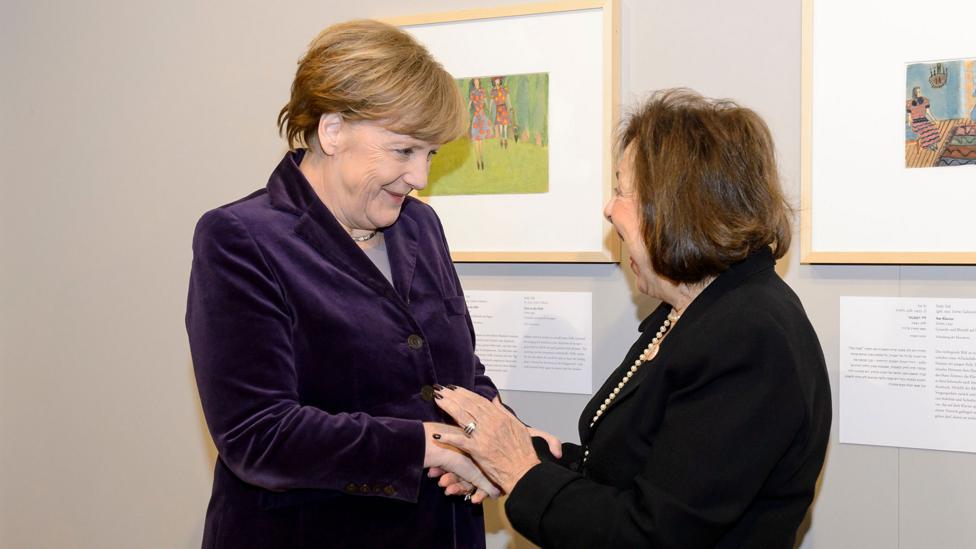 Angela Merkel was pictured with Nelly Toll in front of Girls in the Field, which Toll had painted aged 8 in a Jewish ghetto in Poland (Credit: Rex Features)

At a moment of accelerating anti-Semitism in Europe, the image of Merkel standing before a Holocaust survivor’s childhood vision of a peaceful world proved more eloquent than any speech the leader could hope to deliver. Seen side-by-side laughing and shaking hands, Merkel and the now 80-year-old Toll (the only artist in the show who is still alive), the pair mirrored the joyfulness of the innocent figures in the image behind them.

Though every world leader is doubtless conscious of the signals that visual props around them subconsciously convey, the handlers responsible for shaping the image of the US president have taken things to another level. Take President Obama’s recent trip to Cuba – the first such visit by a US president in 88 years. Obama’s short trek 90 miles (145km) from the US to its Caribbean neighbour in March 2016 was his boldest step yet in advancing his controversial agenda to reset diplomatic relations between the two nations. But it was a painting by a Cuban artist that stole the show.

Among the more awkward events on Obama’s Cuban itinerary was a meeting with a group of political dissidents, many of whom fear the thawing of relations between Washington and Havana will only embolden the repressive tendencies of Cuban president Raúl Castro by legitimising his regime. Enter Michel Mirabal, a contemporary Cuban artist whose sprawling painting My New Friend provided the striking backdrop to the meeting. 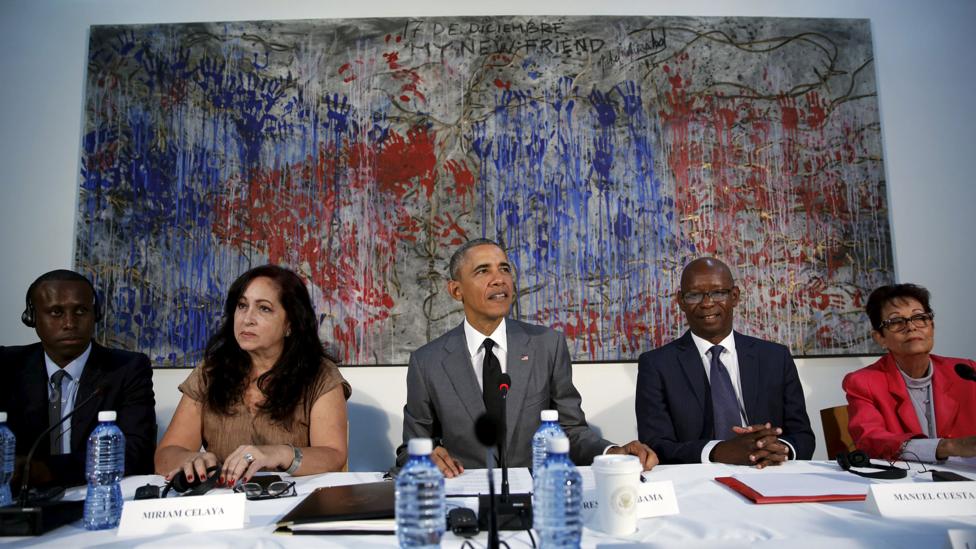 Michel Mirabal’s My New Friend provided the striking backdrop for Obama’s meeting with a group of political dissidents in Cuba (Credit: Reuters)

The work, which features side-by-side representations of the Cuban and US flags constructed loosely of red, white, and blue handprints pressed haphazardly against a neutral grey field, stretched evocatively behind Obama as he sat at a long table to discuss the concerns of the the Cuban government’s detractors. As a subliminal symbol capable of capturing, on the one hand, the plight of those oppressed by the Cuban government, and, on the other hand, Obama’s commitment to ending sanctions against Cuba, the painting could hardly have been more cleverly chosen. The hasty blizzard of anonymous handprints has the feel of street art or something illicitly constructed: a compression of innocence that recalls the clay moulds made by children in kindergarten. At the same time, the two flags appear to be visual anagrams of each other, each consisting of the same handprints merely arranged in different combinations, as if subtly to imply that the two countries are essentially inseparable.

Obama has become a skilled Curator-in-Chief when it comes to choreographing his events. On 25 February 2016, the US president reasserted his intention (a key campaign pledge when he first ran for office in 2008) to close the detention centre at Guantanamo Bay, Cuba, a facility many regard as emblematic of America’s controversial treatment of terror suspects. Early efforts by Obama to shut the centre met with resistance from those who argue that the move would send a signal to Islamists that America’s will to defeat jihadist terror was diminishing.

Against the background of such allegations of weakness, Obama’s decision to hold a press conference announcing his determination to close Guantanamo once and for all in the shadow of a swashbuckling portrait of Obama’s forebear, Theodore Roosevelt, was hardly accidental. After all, Teddy Roosevelt, who in 1898 led a legendary cavalry of so-called “Rough Riders” to victory against Spanish overlords in Cuba, helped establish US control over Guantanamo Bay in the first place. By placing himself visually alongside a heroic portrait of the galloping leader, who is credited with the credo “speak softly and carry a big stick”, Obama hoped to bask in the reflected testosterone of America’s most macho president. 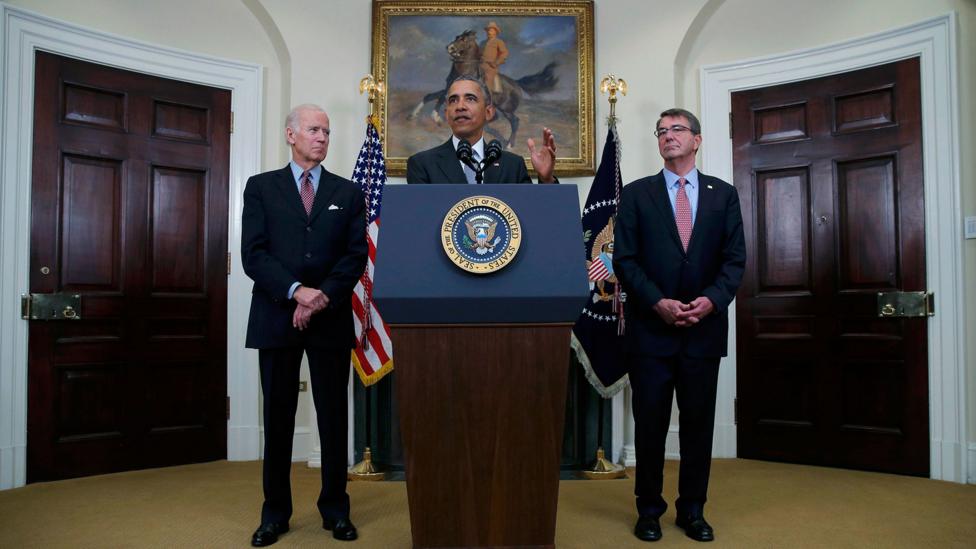 Pictured in front of a swashbuckling portrait of Teddy Roosevelt, Obama hoped to bask in some of the reflected testosterone of America’s most macho president (Credit: Reuters)

Obama’s team is not, of course, unique among recent US administrations in recognising the power of art to advance their agendas. Long before he began, in retirement, wielding a brush to capture (or torture) the likenesses of the foreign leaders with whom he dealt as president, George W Bush countenanced an alarming manipulation of aesthetics in order to control public opinion.

In early February, 2003, when the United States was pressing the case for war against Iraq in the United Nations, officials installed a blue curtain across a tapestry that hangs near the entrance-way of the Security Council, in the very spot where US State Department Officials are filmed by television crews. What work was deemed to be so dangerous that it could not be transmitted into the living rooms of viewers while Bush officials lobbied to unleash a campaign of shock and awe against Saddam Hussein? 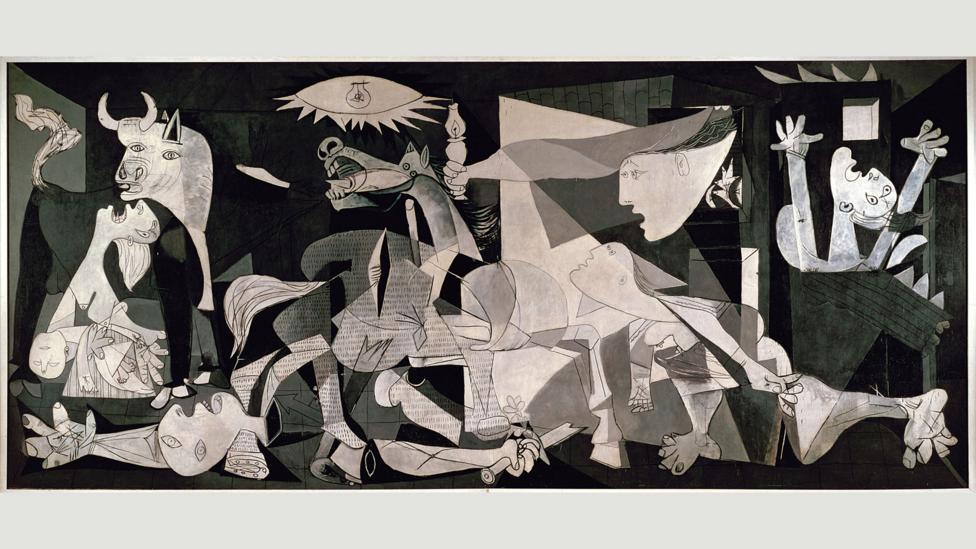 It was deemed too risky for George W Bush to be pictured in front of Picasso’s Guernica when pressing for war against Iraq (Credit: Guernica, 1937, Pablo Picasso)

The answer is a large tapestry version of Pablo Picasso’s anti-fascist masterpiece Guernica – an 11ft (3.4m) wide painting that shudders with the horrors of the aerial bombardment in 1937 of an ancient Basque town. The original oil-on-canvas work (which now resides in Madrid’s Reina Sofia Museum) was on display in New York throughout the violent protests against the Vietnam War in the late 1960s and early ’70s, and was regarded by many as a painting whose spirit was at odds with the aggressiveness of US foreign policy. Thirty years later, Guernica’s suspended chaos of howling horse heads and ravaged limbs was regarded by administration officials as too risky a backdrop against which to be photographed lobbying for war.

The intense relationship between presidential politics and visual art is due to be given a fresh spin by whomever prevails in the rambunctious election that is now gripping the US. If Hillary Clinton wins back the White House for her family, will her first foray into the politics of the eye be the swift removal from public display of the official portrait of her husband that now hangs in the Smithsonian Institute’s National Portrait Gallery?

In 2015, 10 years after the artist Nelson Shanks unveiled the likeness of Bill Clinton, Shanks confessed to having inserted into the work a covert reference to Clinton’s affair with Monica Lewinsky. And what if Donald Trump triumphs in November? His plan to build a wall 1000 miles (1600km) long between the US and Mexico is a graffiti artist’s dream. If constructed, it would surely result in the largest blank canvas in the history of Western art.