Loading
Britain
Move over, New York: Why London is the world’s greatest city
Share using EmailShare on TwitterShare on FacebookShare on LinkedinShare on Whatsapp 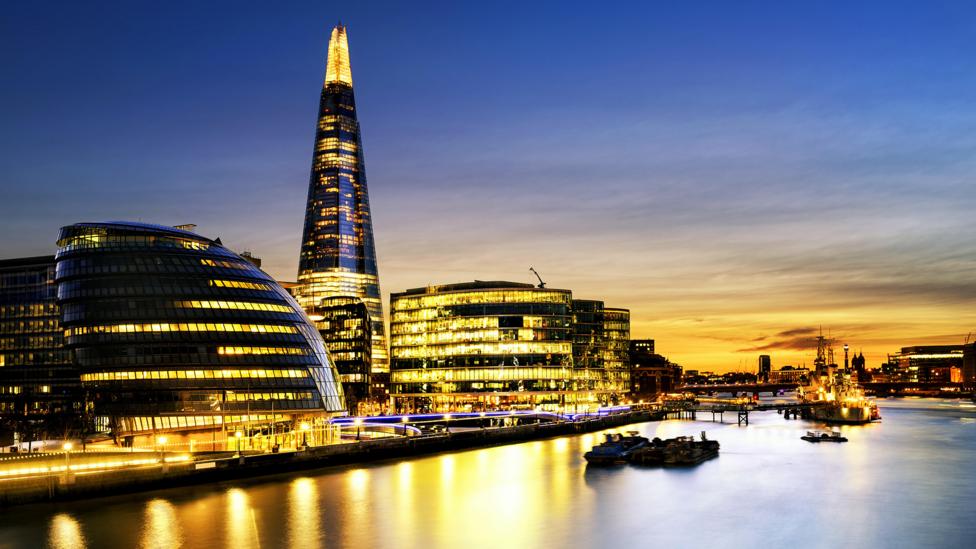 By Dylan Jones 9th May 2016
Many people think the British capital’s heyday was in the past. But not only is it more exciting now than it’s ever been, it’s the most exciting city in the world, writes Dylan Jones.
T

The publishing world has become overrun by books celebrating particular points in time. A few years ago, Bill Bryson wrote an entire book about 1927; just last month, David Hepworth wrote a wonderful case for 1971 as the apotheosis of post-war pop music. Soon there will be a big fat hard-cover devoted to every year of the 20th Century.

One year that is continually celebrated, particularly in London’s history, is 1966: first in 2003 by Shaun Levy in Ready, Steady, Go! The Smashing Rise and Giddy Fall of Swinging London, then in 2015 by pop archivist Jon Savage in the more prosaically titled 1966. This most recent book claims, yet again, that 1966 was when the city was at its creative peak. 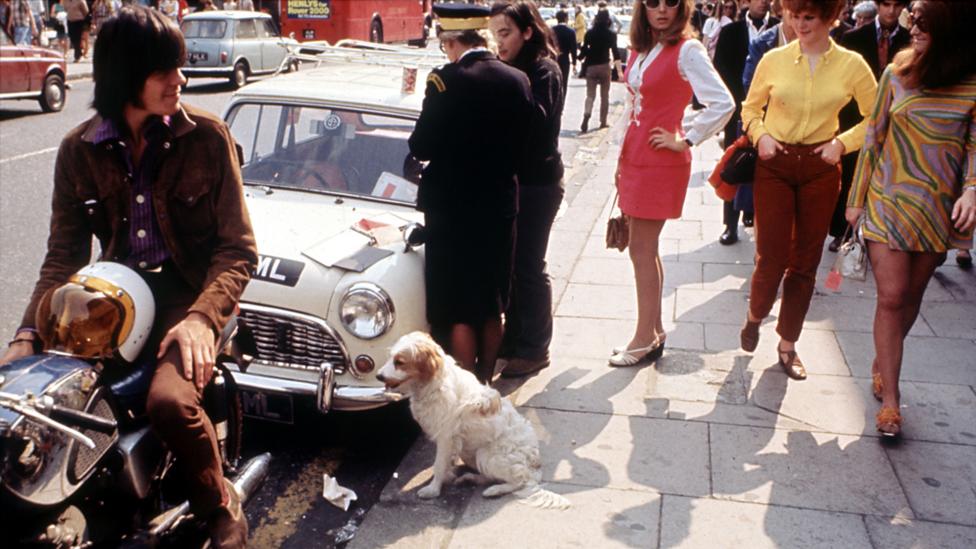 And if it’s not 1966 that was said to be the year in which London was at its cultural, most fashionable height, then it’s the London of punk rock, 1977. Or perhaps it was in the mid ‘90s, when Britpop and the YBAs seemed to rule the city.

But the proposition is wrong. London is more exciting now than it’s ever been.

The mid ‘60s may have been a period in which the city became a mecca for American tourists and an international symbol of cultural upheaval. It may have been the time of the Beatles, the Rolling Stones, the Kings Road, Carnaby Street, ‘dolly birds’ and swishy nightclubs like the Ad Lib. But the Swinging ‘60s were only swinging if you were one of the lucky 500 who frequented the right kind of discotheques.

In fact, all of these periods pale when compared to London as it is today. Not only is London the greatest, most dynamic city in the world, it’s never been better than it is now. 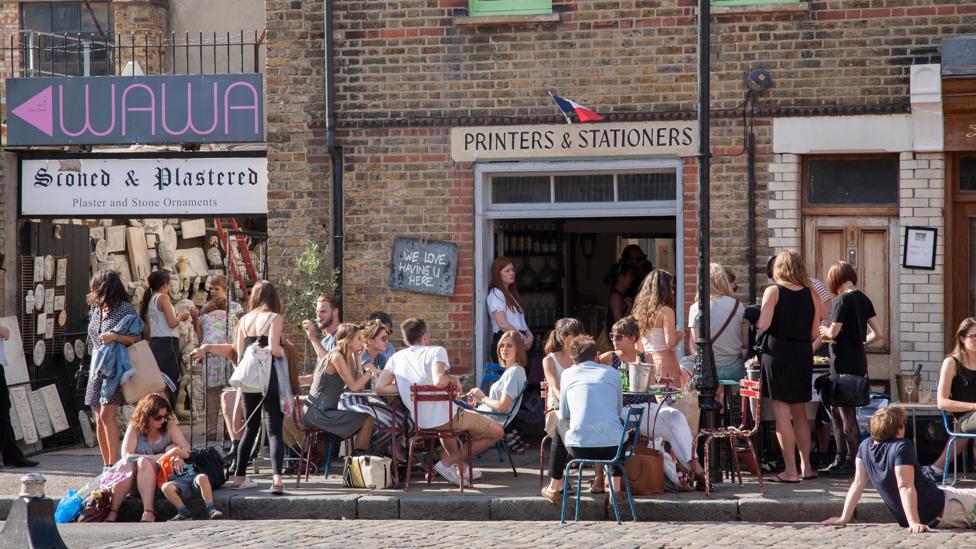 Comparison may be the thief of joy, and it might be invidious to square London off against other fashionable cities such as New York, Milan or Paris – which is heavier, a tonne of feathers of a tonne of gold? – but right now, there is no other city in the world like it.

Not only is London the greatest, most dynamic city in the world, it’s never been better than it is now

The gentrification of the city has meant that it’s now more difficult to get onto the property ladder than at any time in its past. But the benefits of London’s financial transformation also mean that it is now not just the economic centre of Europe, it is also an architectural and artistic wonder. 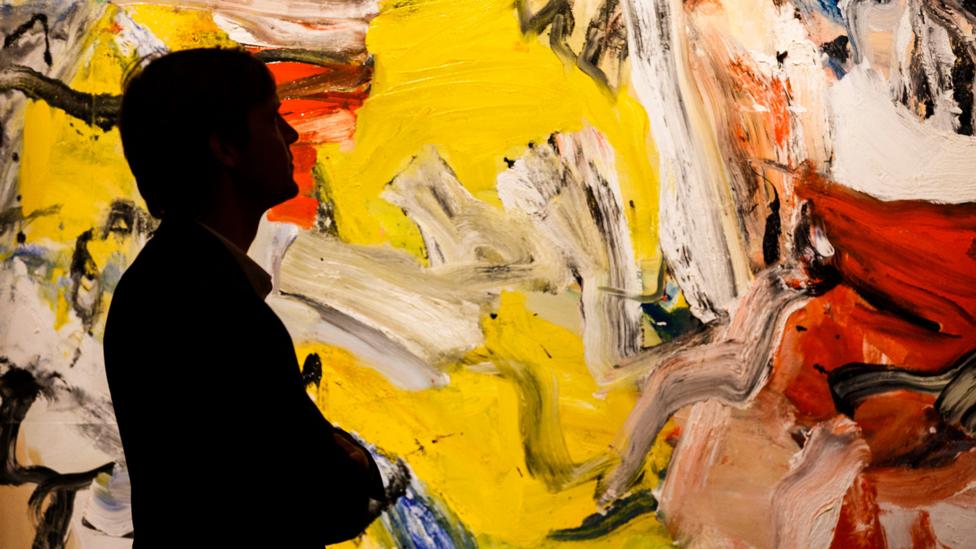 There is more building work in London than in any other city in the world, barring those in China

And while 30 years ago it was difficult to find a good steak in the city, and nigh impossible to eat well on a Sunday evening, London now has by far the greatest number of top-class restaurants of any city in the world. While London might still fall short of Paris and NYC in the Michelin-star category, that way of judging restaurants is fundamentally old-fashioned, and if you want to look for ingenuity and panache, you come to London. 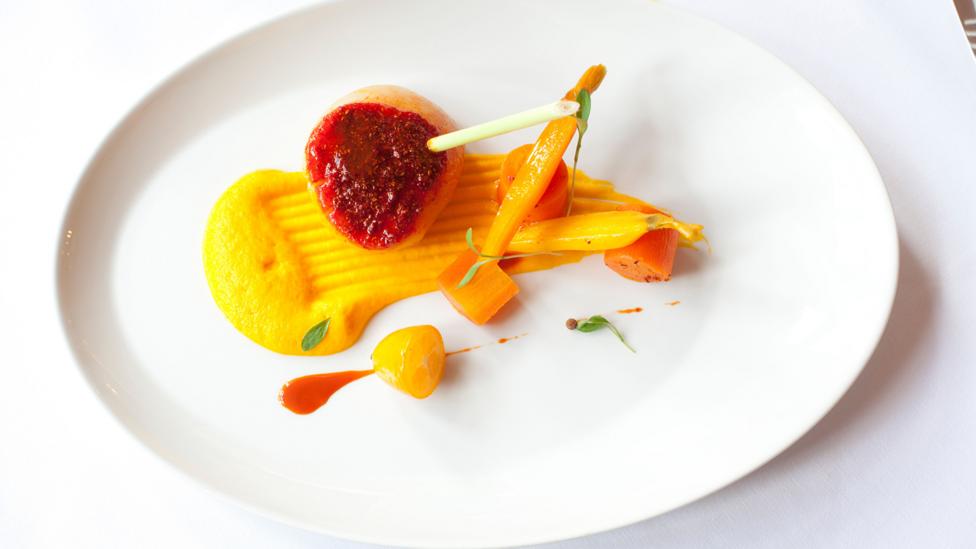 Local government has also helped nurture the vital relationships between art and commerce, encouraging the growth of places like the hip east London district of Shoreditch and the start-up belt Tech City. The growth of such places doesn’t happen by accident; it is due to infrastructure, education and planning. 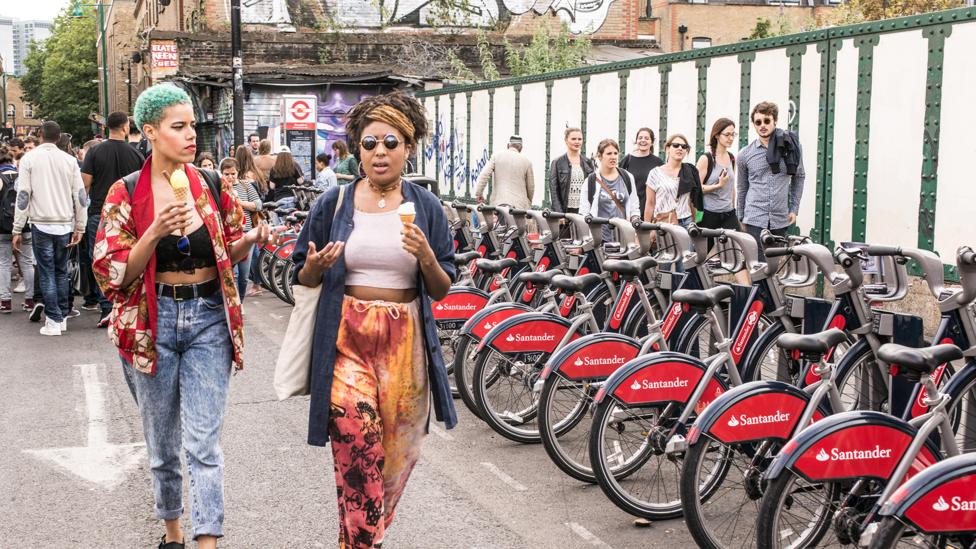 Women stroll in Shoreditch past the city’s shared bicycles, a scheme that launched in 2010 (Credit: Nicola Ferrari/Alamy)

This was made easier after 2000, the year a dedicated, singular leadership for London was instituted – before, it was just the 33 boroughs, each with a different mayor. London would never have won the 2012 Olympics without a mayor of London. How would you have got 33 local boroughs to agree on a bid to the International Olympic Committee? 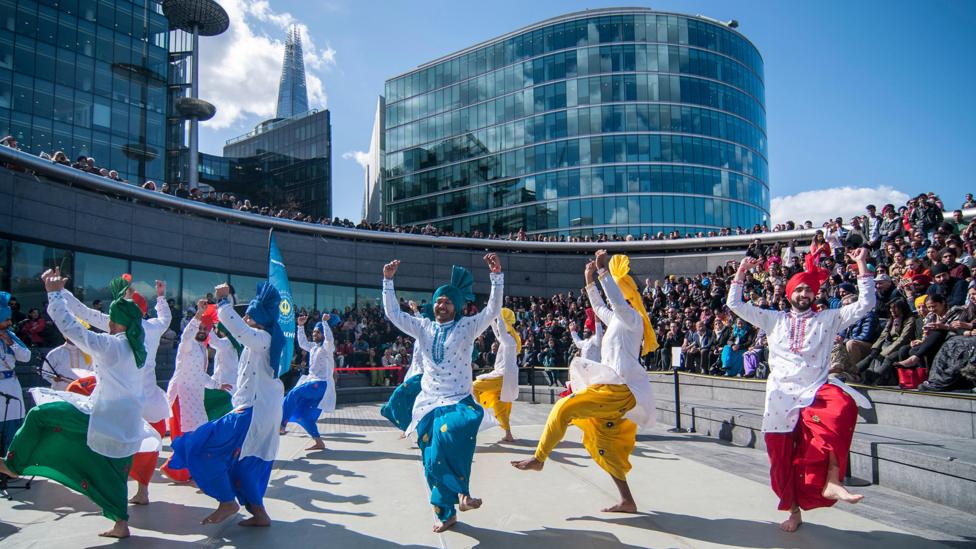 The world of fashion is another example of London’s boom. In days gone by, it was often assumed that Paris or possibly Milan were the centres of the fashion industry in Europe, while New York was venerated on the other side of the Atlantic.

But no, now London is the most fashionable city in the world (just ask anyone on the front row, even those in Manhattan) and since the British Fashion Council has been punching way above its weight, we now have the most vibrant fashion weeks in the world for menswear as well as womenswear. (Full disclosure: I am the chairman of London Collections Men.) There is such diversity in London – from street style to tailoring, couture to big brands – that no other city comes close. 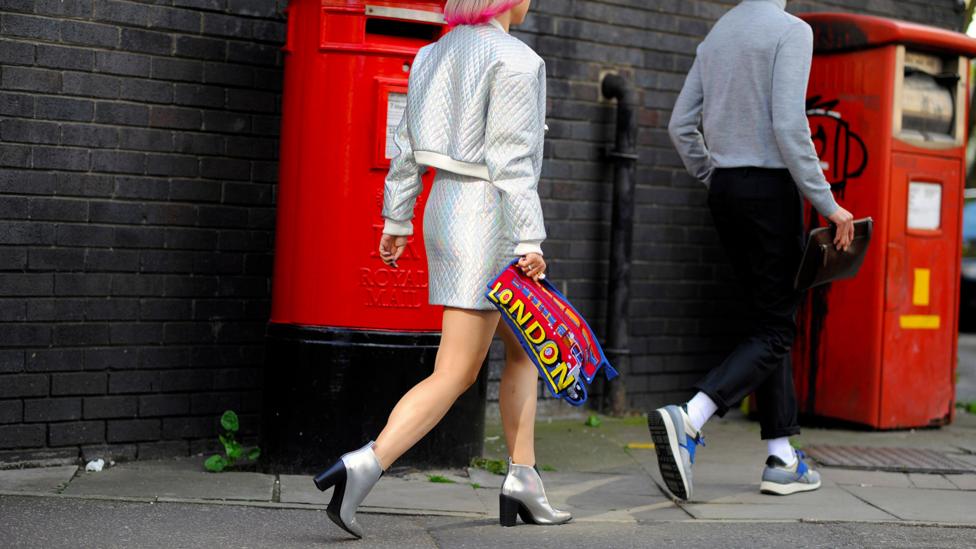 This has been shown by the reversal of a well-worn narrative concerning any young hotshot fashion designer: after they had made their name in London, it was once said, they would be snapped up by one of the large international fashion conglomerates and whizzed off to Milan or Paris – where their British creativity would be harnessed, exploited and then sold back to us.

These days, young designers stay in London and encourage the fash-pack to come here rather than anywhere else

No, London is where it’s at. 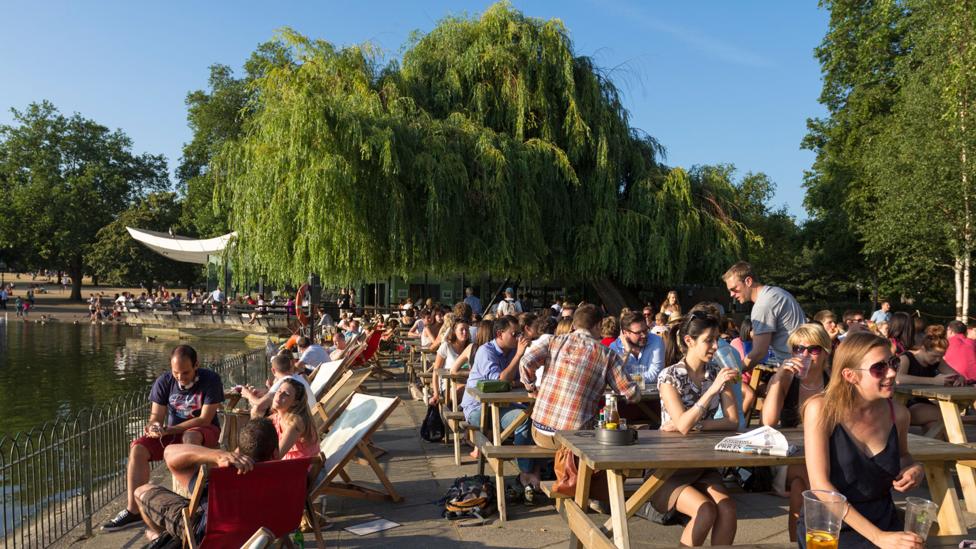 There is also our multiculturalism: 37% of Londoners were born outside the UK, just a tick up from New York City’s (36%) and 10 percentage points higher than a decade earlier. Our society is fluid, a melting pot of this and that and his and hers. London is a great example of successful immigration, and increasingly one feels as though the city couldn’t do without it. If you walk around where I live, in the W2 district near Hyde Park, you can walk along the street and not hear English being spoken all morning. And when you do eventually hear it, it feels as though you’ve travelled back in time. 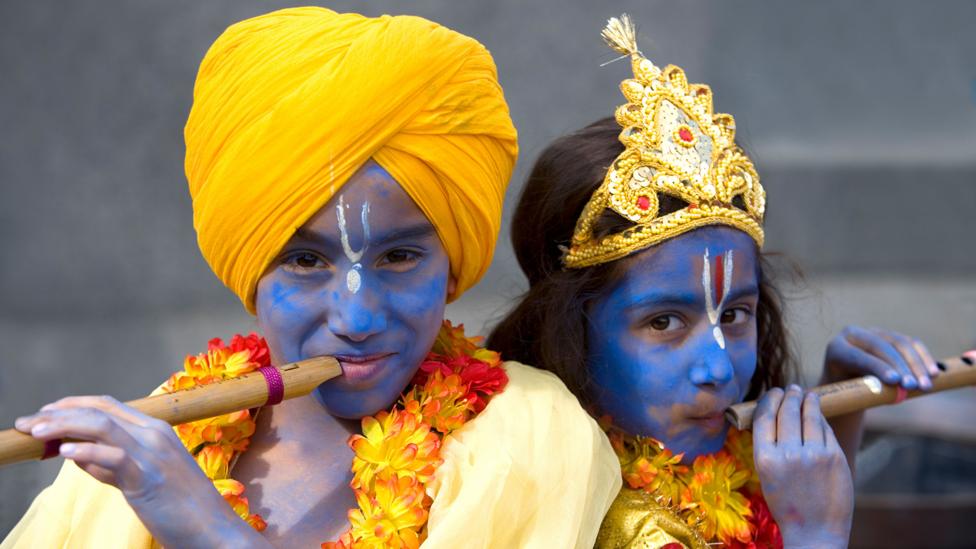 Naturally, London is no Xanadu. Its problems are not dissimilar to the problems inherent in any ever-expanding modern metropolis. Parts of the city have certainly become even more divided than they were in the ‘80, when monolithic steel and glass towers in gated communities sprang up in the middle of dockland slums. This disharmony obviously creates discontent, while silos of hate appear in the most unlikely places.

But still they come and still we grow. Which makes me think that maybe we should turn London into a city state – or a citadel. Not to keep people out, and not to keep them in, but to celebrate the fact that London deserves to be recognised as the most important city on Earth.

Dylan Jones is the editor-in-chief of GQ, the chairman of London Collections Men and the author of London Rules published by Biteback.