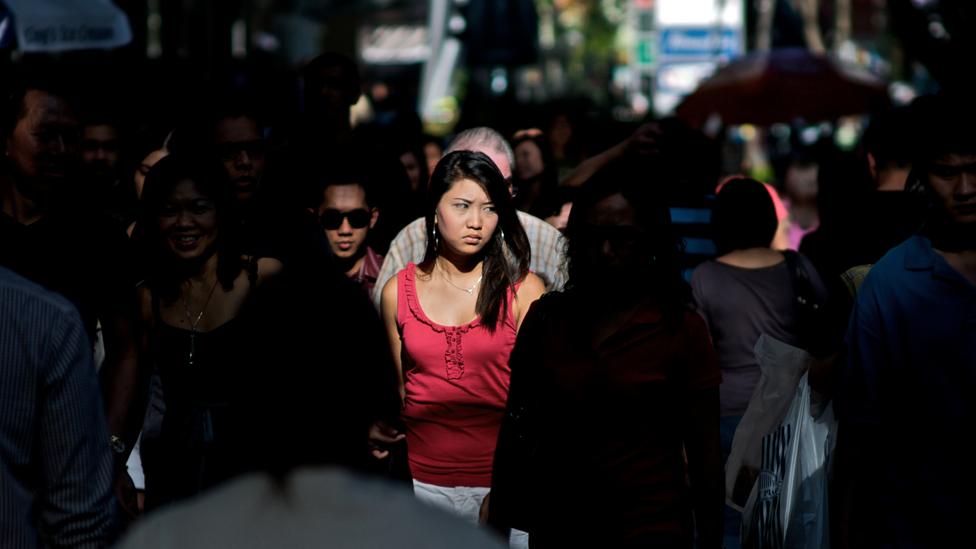 By Fiona Macdonald 23rd June 2016
A simple pronoun has been voted Word of the Year and sparked outrage among some politicians. Fiona Macdonald looks at how grammar is at the vanguard of a gender revolution.

The voice shouted from the crowd, in the manner of a rabble-rousing protestor on a march. But this was no banner-waving activist, and the crowd in this instance was made up of members of the 127-year-old American Dialect Society. “We need to accept ‘they’, and we need to do it now,” came the linguist’s cry, and at that moment an otherwise apolitical event took on an unexpected edge.

The Society was meeting in Washington DC to decide on its Word of the Year for 2015. Of all the possible candidates – which included ‘ghost’, ‘ammosexual’ and ‘Thanks, Obama’ – its final choice was an apparently straightforward pronoun. On the face of it, ‘they’ is hardly trailblazing. But what is controversial is the acceptance of a new way of using it. The Society’s website explains that “’They’ was recognised by the society for its emerging use as a pronoun to refer to a known person, often as a conscious choice by a person rejecting the traditional gender binary of ‘he’ and ‘she’.” 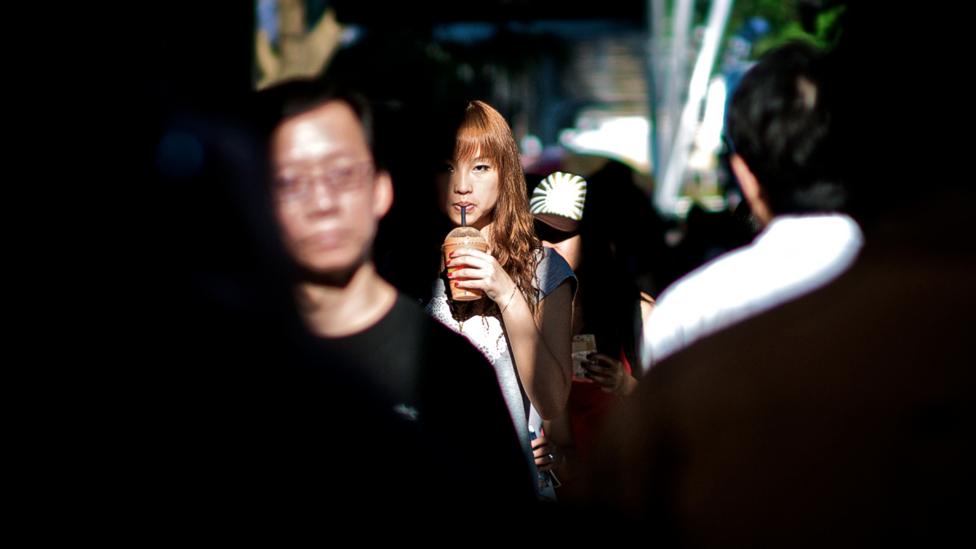 Danny Santos photographed this as part of his A Face in the Crowd project, finding the individual in the group (Credit: Danny Santos)

According to Ben Zimmer, chair of the Society’s New Words Committee, “In the past year, new expressions of gender identity have generated a great deal of discussion, and singular ‘they’ has become a particularly significant element of that conversation.” In the new gender revolution, there are no pyres of charred bras or prison hunger strikes. Instead, key battlegrounds are dictionaries, and the choice of weapon includes linguistics.

In 2015, the word ‘hen’ was accepted by the Swedish Academy, which is considered the final arbiter of the Swedish language. Offering an alternative to ‘hon’ (meaning ‘she’) or ‘han’ (meaning ‘he’), it was coined in the 1960s but never took hold. Sweden’s transgender community began to use it at the turn of the 21st Century, and ‘hen’ is now found in government papers and court rulings. In 2012, Sweden’s first ever gender-neutral children’s book Kivi och Monsterhund (Kivi and the Monster Dog) used ‘hen’ to refer to its characters. The pronoun cropped up in the Swedish/Danish drama The Bridge, when detective Saga Norén is mocked by a colleague for referring to a perpetrator as ‘hen’.

“That episode is instructive,” says Dennis Baron, Professor of English and linguistics at the University of Illinois and the author of the book Grammar and Gender. “You have this clash between someone who’s committed to it and another person who thinks it’s too much.” Acceptance by the Swedish Academy has given it a boost, he says. “When it’s used in newspapers or in writing or in speech, you see that it’s familiar enough that it no longer has to be explained. It’s still controversial – there is still some resistance to it, there are people who reject it as well as those who use it – but at least it’s made that first cut. It could eventually become a totally normal pronoun to use as an alternative to the masculine and feminine pronouns.”

In English, however, the situation is quite different. US universities have begun asking new students which pronoun they prefer others to use for them: at the University of Vermont, the choices are ‘none’, ‘he’, ‘she’, ‘they’, ‘ze’ and ‘name only’, while the University of Wisconsin-Milwaukee LGBT Resource Center has issued a card listing nine different options, with the line “it is good practice to ask which pronoun a person uses”. The UK’s National Union of Students includes space on its name badges for preferred pronouns, while Cambridge University launched a Make No Assumptions campaign in 2015, with badges asking people to find out the wearer’s pronoun of choice. There has been a mixed reaction. In September 2015, when the director of the University of Tennessee’s Pride Center suggested asking people what pronouns they use, it prompted a vigorous backlash from state senators and congressional representatives.

The search for a gender-neutral pronoun in English predates current questions of non-binary identity. Baron has traced a history of attempts to find alternative pronouns going back 150 years. In his 2016 essay Pronoun Showdown, he writes that “the earliest new pronoun appears in 1792 (surely earlier ones will turn up). Scottish economist James Anderson suggested ‘ou’, a pronoun already found in dialect use. Anderson actually thought English would benefit from 13 genders instead of two. His suggestions were widely ignored.”

In 1792, Scottish economist James Anderson suggested English would benefit from 13 genders instead of two – Dennis Baron

Baron’s list includes ‘ne’, ‘nis’, and ‘nim’ as well as ‘hiser’, a combination of ‘his’ and ‘her’. In 1808, the poet Samuel Taylor Coleridge asked “whether we may not, nay ought not, to use a neutral pronoun relative to the word ‘Person’… in order to avoid particularising man or woman, or in order to express sex indifferently?” Sadly, we don’t use the pronouns coined by Coleridge – he suggests the use of “it” or “which”, “instead of he, she, him, her, who, whom”. 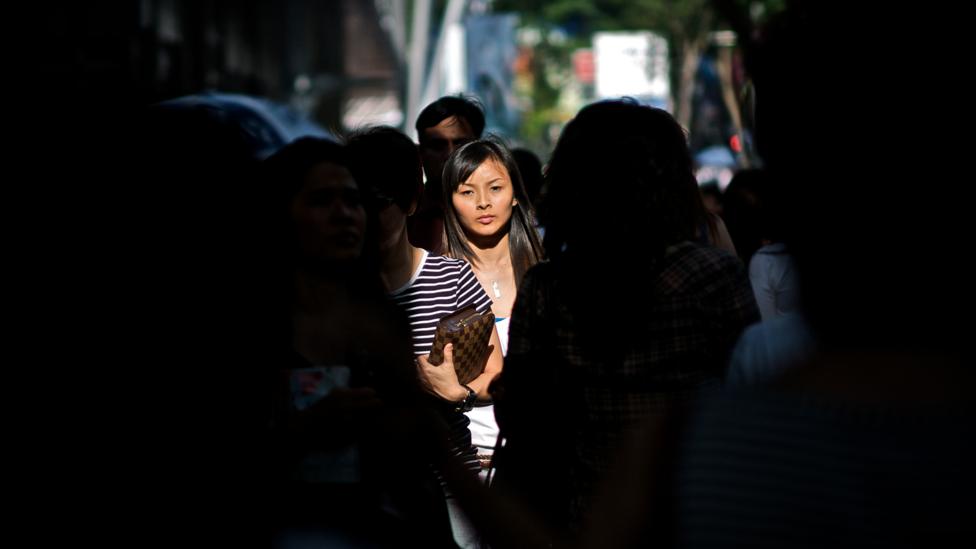 “I guess you can say I wanted to capture the unnoticed face in the middle of the crowd,” Santos says (Credit: Danny Santos)

In 1912, Ella Flagg Young, Superintendent of the Chicago Public Schools and president of the National Education Association, proposed the use of “he’er, him’er, his’er, his’er’s”, arguing that “she had long felt the need for such a word”; according to The Chicago Tribune, her idea “made school principals gasp”. Baron notes another reaction: “For George Harvey, the editor of Harper’s Weekly, ‘he’er’ meant the end times for language: ‘When ‘man’ ceases to include women we shall cease to need a language, and won’t care any more about pronouns’.”

Gendered pronouns have also had legal ramifications. In 1850, the UK parliament passed the Interpretation Act,” which sought to shorten the language used to draft laws by making ‘he’ also stand for ‘she’: “in all acts words importing the masculine gender shall be deemed and taken to include females… unless the contrary… is expressly provided.” According to Baron, “Whether ‘he’legally included ‘she’when it came to voting or holding office would form a key argument in discussions for and against women's suffrage in England after the 1860s.”

Despite sounding like something from ‘Allo ‘Allo!, ‘ve’ has found favour

While the linguistic quest has been taken up by feminists and suffragettes in the past, it’s in the context of the non-binary community that hunting for a commonly accepted word has been renewed. The Gender-neutral Pronoun blog brings together many of these attempts, including some taken from science fiction. Despite sounding like something from ‘Allo ‘Allo!, ‘ve’ has found favour; and honourable mention goes to Shklee, “the pronoun used for Yivo, a planet-sized alien of indeterminate gender” in the Futurama film The Beast With A Billion Backs. 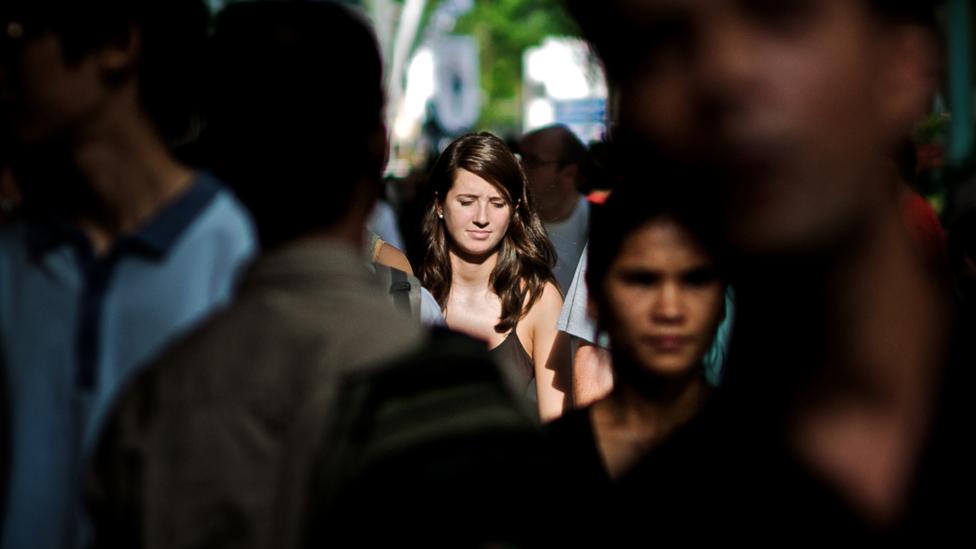 “I’m always looking for that one face that stands out in the middle of a busy crowd,” says Santos (Credit: Danny Santos)

It is doubtful that these will catch on with the wider public. In his essay, Baron writes that “even though more than 100 of these invented words have been coined, none succeeded. Thon and he’er, perhaps the most popular – and they were never really popular – appeared in Webster’s New International Dictionary, and you could look them up in your Funk & Wagnalls. But they were eventually dropped because not enough people used them. These pronouns fill a need, but none has been widely adopted.”

Baron calls them “the words that failed”, arguing that “What has succeeded is singular they, which arose naturally in English hundreds of years ago, and is used both by speakers and writers concerned that their pronouns be inclusive, and also by many who don’t give the matter much thought at all.”

“There’s been a whole history of attempts to create a gender-neutral pronoun, such as the Spivak pronouns used in role-playing games online. It’s hard to keep track of them,” says Sally McConnell-Ginet, Professor Emeritus in linguistics at Cornell University and the co-author of Language and Gender. “We’re much less likely to accept a new form like that than to just allow ‘they’ to expand its scope a bit so that you can freely use it to talk about specific individuals – and that is happening more and more.”

She points to one example that indicates we could embrace ‘they’ as a singular pronoun. “There is a parallel in the history of English. We used to have ‘you’ contrasting with ‘thee’ and ‘thou’, and now we happily use ‘you’. We say ‘you go to the store’, not ‘you goes to the store’ – even if addressing a single individual, we still use the plural verb form,” she says. “People don’t seem to be upset about that – why can’t we do the same with ‘they’? Just let it expand to do this job.” 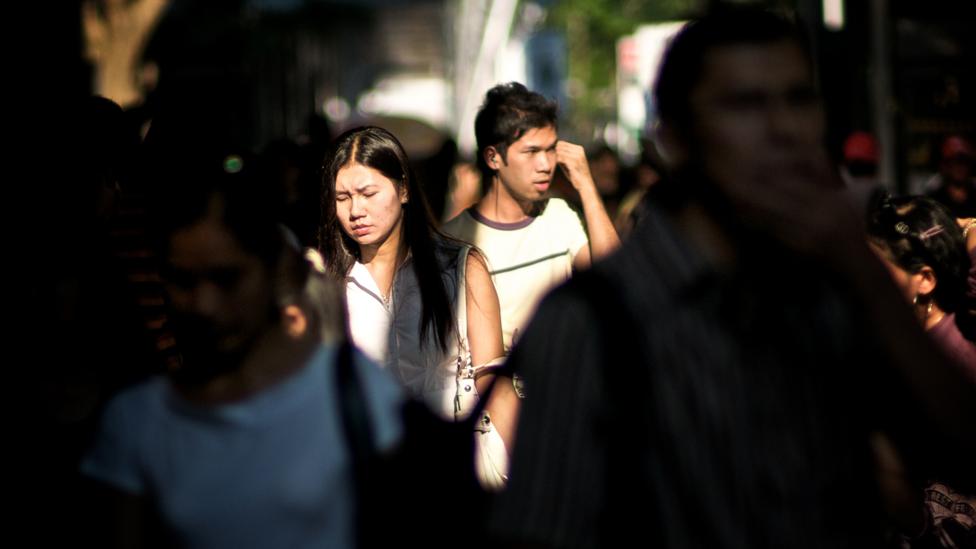 “When I’m out on the streets, I often encounter faces that make me look twice,” says the photographer (Credit: Danny Santos)

There is value in creating new words, she believes. “Newly coined words make a statement, force people to focus on the issues, and that can be useful.” Baron agrees. “Invented pronouns raise consciousness – they call your attention to something – but they generate negative pushback as well because they are strange looking, it’s unclear how to pronounce them, no one can agree on which invented pronoun to use, and many people don’t want the politics of gender raised every time they use a pronoun.” Instead, “They as a singular is unobtrusive, goes back hundreds of years in English, and is becoming increasingly accepted by authoritative language reference works.”

In 2015, The Washington Post adopted the singular ‘they’ in its style guide, with copy editor Bill Walsh describing it as “the only sensible solution to English’s lack of a gender-neutral third-person singular personal pronoun”. This kind of action is important, argues McConnell-Ginet. “The Swedish case is interesting… but it’s a different social situation from that in the US or the UK, and English has a much wider population using various forms of it.” Rather than attempting to impose a word officially, she believes, we could “support and promote as far as we can. People who are in editorial positions – who are gatekeepers in some way in linguistic matters – can play a role.”

A good example of the political implications of changing language is the dropping of the distinction between ‘you’ and ‘thou’, which “was part of a move towards social egalitarianism – ‘you’ would be used in certain contexts for respect, with a separation between the formal and the familiar,” says McConnell-Ginet. “There’s a cultural shift towards not being as formal – not speaking in ways that draw attention to social hierarchies.”

She recognises the power of a word. “A pronoun in and of itself isn’t going to produce gender equity or destroy gender binarism – but it can be part of a move to further those goals,” says McConnell-Ginet. “Language can be essential to certain kinds of social change – sometimes the language plays a crucial role, but it’s always together with other kinds of actions. It’s people doing things with it that makes it revolutionary.”

This story is part of our Sexual Revolutions series on our evolving understanding of sex and gender.

Danny Santos is a photographer based in Singapore. His projects include A Face in the Crowd and Shooting Portraits of Strangers.