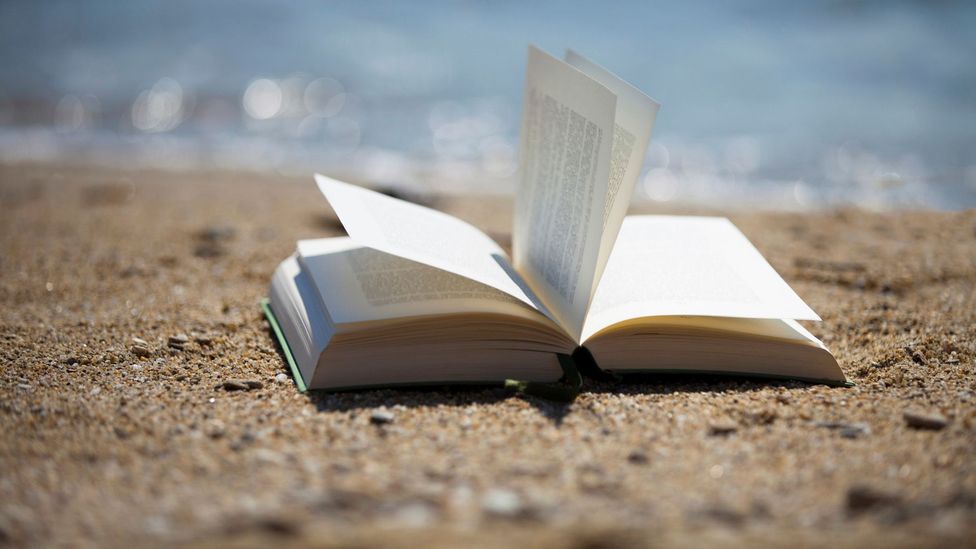 By Jane Ciabattari 30th June 2016
From an account of exile from Libya to short stories about astronauts and an alternate history of the US, Jane Ciabattari picks the next titles for your shelf. 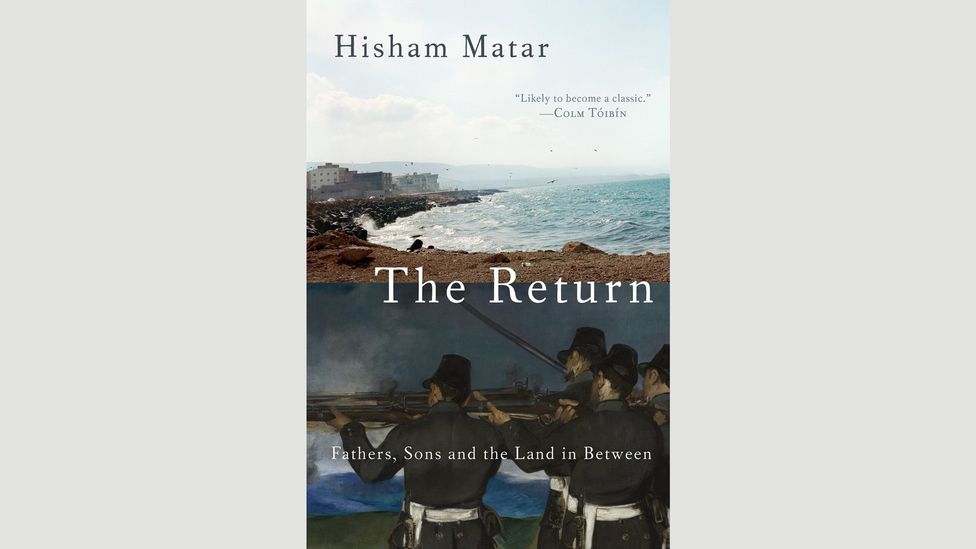 Matar’s first novel, In the Country of Men, was shortlisted for the Man Booker Prize and National Book Critics Circle award. He was eight years old when his family left Libya in 1979. His father, Jaballa Matar, a prominent opposition leader, had been forced into political exile. In 1990 his father was kidnapped in Cairo by Egyptian secret police and delivered to Gaddafi. He was taken to Abu Salim prison in Tripoli, known as “the Last Stop” for those the regime wanted to forget. In 2012, after revolution came to Libya, Matar returned to search for his father, sifting through information from contacts in the British government, human rights organisations, one of Gaddafi’s sons and his father’s fellow prisoners. “Hope is cunning and persistent,” he writes in this resonant and moving memoir of his life in exile and his return. (Credit: Random House) 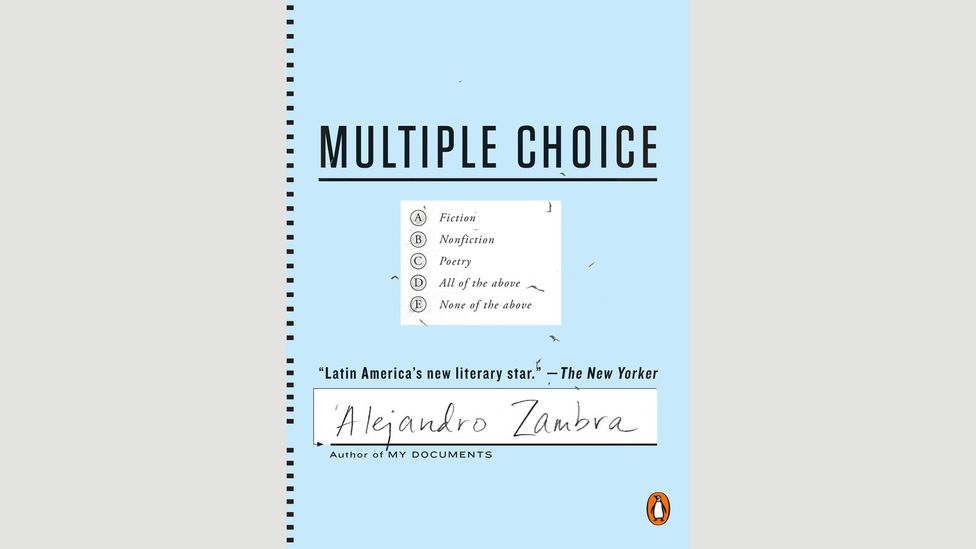 Chilean author Zambra, whose My Documents was a finalist for the Frank O’Connor International Short Story Award, learned English from listening to Nirvana songs and from watching Seinfeld. His comic timing is impeccable. His new collection, translated from the Spanish by Megan McDowell, is structured as a parody of the verbal aptitude section of the Chilean Academic Aptitude test the author took in 1993. One story, a reading comprehension test, mentions twins who use their appearance to cheat on a law school entrance test. (“We got the message: Cheating was part of the deal.”) He makes sly references to Chilean history – one set of questions in the “sentence elimination” section involves the curfew imposed during the dictatorship from 11 September 1973 to 2 January 1987. Zambra’s stories are both playful and profound. (Credit: Penguin) 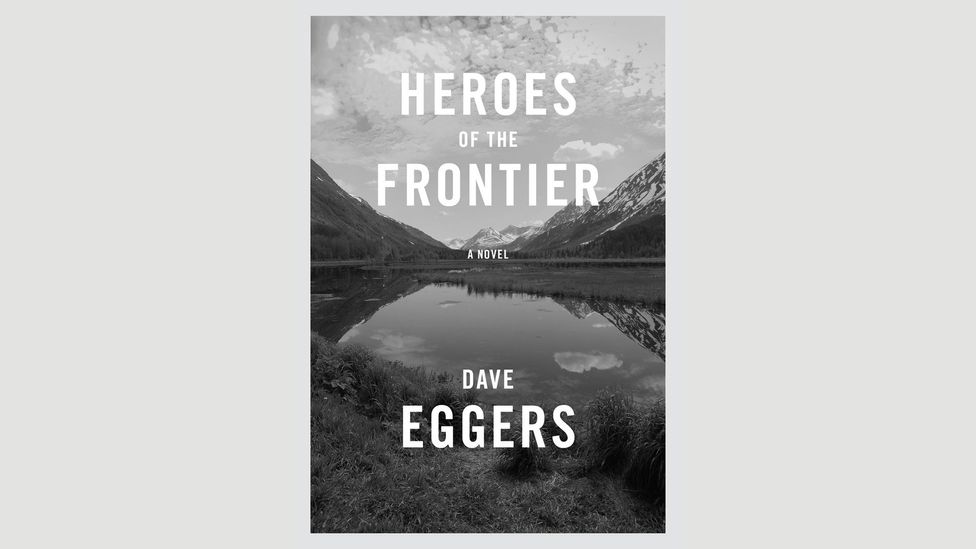 Eggers’ smashing new novel is a comic family drama filled with fresh perceptions and insights into human frailties. Josie is 38, with two children – “gentle, slow-moving” Paul, aged eight, and unpredictable five-year-old Ana, “a constant threat to the social contract”. Josie’s dental practice in small-town Ohio has failed. Her ex-husband is about to remarry. She takes off for Alaska and rents a rundown RV, planning to meet up with her stepsister Sam, her “fellow feral”, who is now a fishing guide in Homer. Eggers contrasts the Alaskan wilderness and the shaggy, flawed humans wandering through it with great wit. Josie encounters wildfires, attractive and not so attractive men, and empty cabins begging to be broken into. In this eccentric, sometimes hilarious road trip, every moment offers the possibility of the unexpected. (Credit: Knopf) 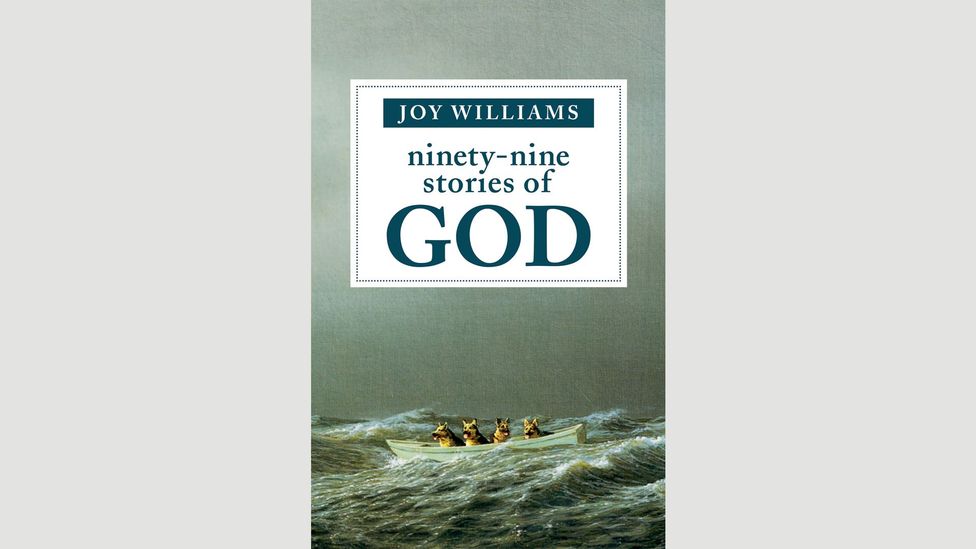 Williams was awarded the Pen/Malamud Award for Excellence in the Short Story this year for her body of work – four story collections, including The Visiting Privilege (2015). This new collection of 99 brief “stories of God” is a lagniappe for those new to her work, and a reminder of her short-form genius. Ranging from one sentence to several pages long, the stories are numbered and connected in more or less overt ways with God. Each ends with a slugline (“You know that dream of Tolstoy’s where he’s in some sort of bed contraption suspended between the abyss below and the abyss above? You know that one? Well, I gave it to him, the Lord said. SEE THAT YOU REMEMBER”). And yes, thanks to Williams’ genius, there is an arc, a mysterious unfolding. (Credit: Tin House) 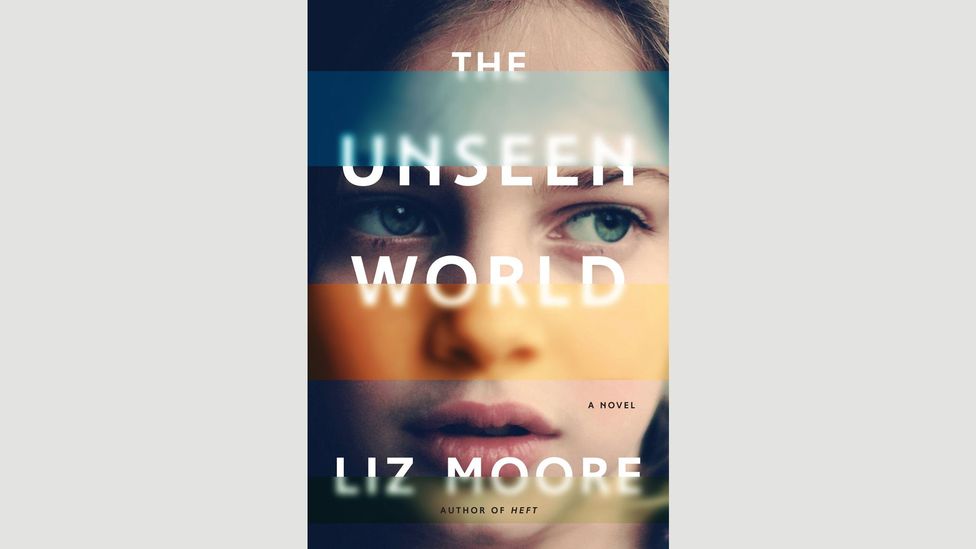 Ada Sibelius has a rarefied childhood, homeschooled by her single dad David, who heads a computer science lab at a prestigious Boston university. By 1983, at 12, she is working with his colleagues on Elixir, a pioneering virtual reality program. Then David’s mind begins to unravel from Alzheimer’s. His colleague Diana Liston becomes Ada’s guardian, sorting out legal issues that raise questions about David’s identity. Moore’s third novel focuses on Ada’s years-long quest to find out her father’s origins; clues include his hidden computer file, The Unseen World. Moore creates a continually compelling drama as she moves from Ada’s childhood through her later life as a computer scientist, and back into David’s past. She is masterful at evoking powerful personal connections as well as the intellectual excitement of the dawning computer era. (Credit: Norton) 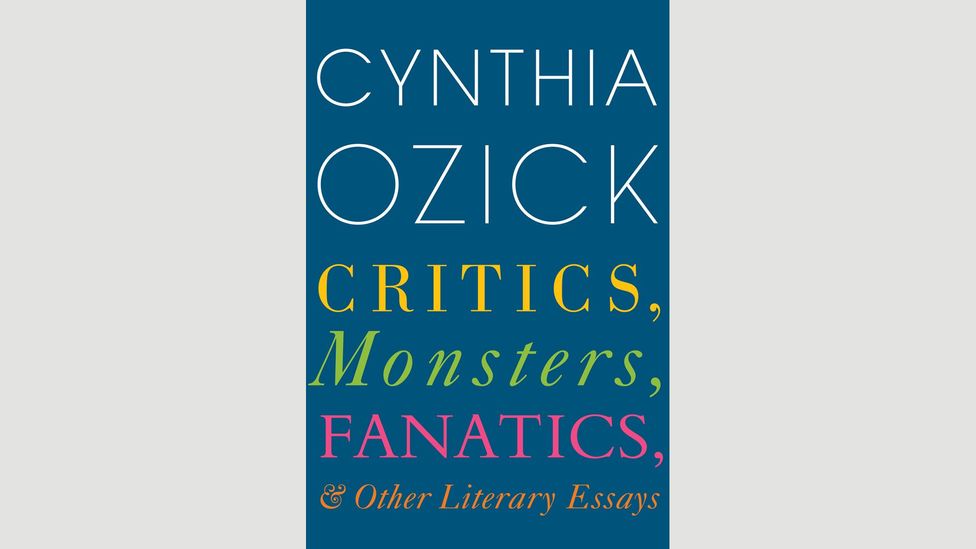 Award-winning critic Ozick takes on half a century of change in the literary world, dividing her predecessors and contemporaries into categories of her own making. Her critics include Edmund Wilson, James Wood, Daniel Mendelsohn, Adam Kirsch, Laura Miller and Ruth Franklin. Her fanatics: Kafka and the now forgotten American Hebraists, poets who came to the US from Eastern Europe and who were, she writes, Kafka’s “peers in language fanaticism”. Monsters? Think Harold Bloom. “Can poet and critic be equal seers? Read Bloom, and you may be led to suppose it so.” This brilliant new collection, her seventh is, in part, an act of reclamation. (Ozick bemoans “the Orwellian: the dying of the imagination through the invisibility of the past.”) “Without critics, incoherence,” she writes. “The key… is indebtedness. The key is connectedness.” (Credit: HMH Books) 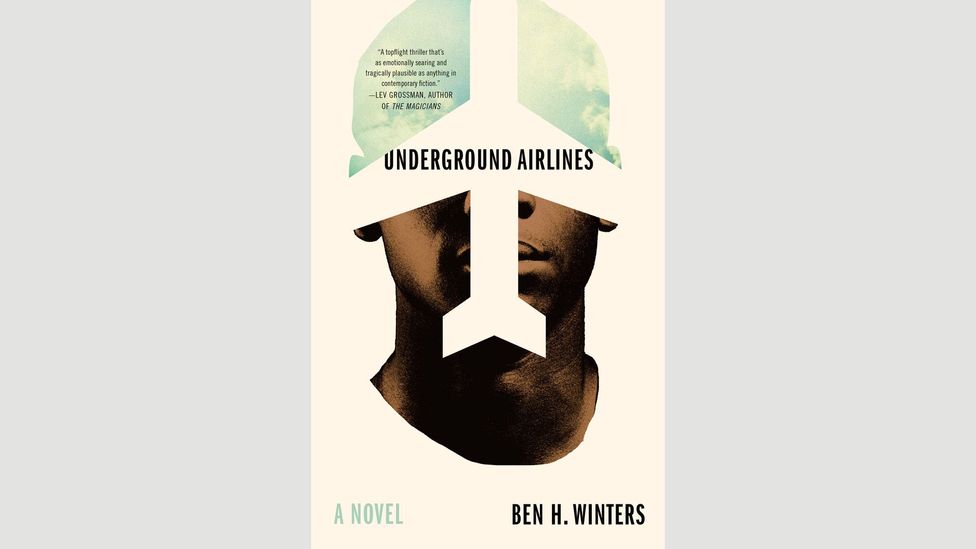 Edgar award winner Winters sets this striking work of speculative fiction in an alternative US: Lincoln never became president, the Civil War never happened, and there are still slaves in the “Hard Four” states. Victor is 40, a former slave, free since he was 14. He’s a clandestine operative of the slave-hunting US Marshall service, investigating a cell in the Underground Airlines – piecemeal teams of northerners “grabbing people up and hustling them to freedom”. As long as he does his job as bounty hunter, his past remains buried and he remains in the north, and free. That’s his compromise. But his pursuit of a runaway called Jackdaw challenges him to his core. Winters creates a powerful and timely ethical framework for his fast-moving new thriller. (Credit: Mulholland Books) 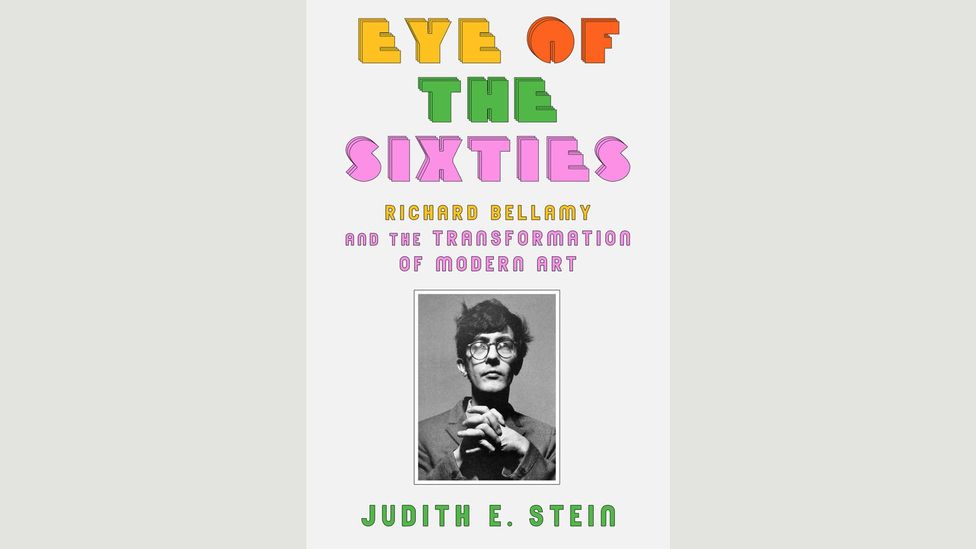 Richard Bellamy opened his Green art gallery on 57th Street in New York in 1960. His backer: Robert Scull, who with his wife Ethel was considered one of the most prescient art collectors of the 1960s. For the Green’s opening show, Bellamy chose monumental wood and metal sculpture by Mark di Suvero, then in his 20s. Over the next five years, Bellamy followed up with a collection of emerging artists whose work defined the era, introducing abstract expressionism, minimalism and pop art. The Green was the first gallery to show Andy Warhol’s Pop Art; others in Bellamy’s stable included George Segal, Donald Judd, Dan Flavin and Larry Poons. Stein’s fresh take on the rise and fall of this influential artistic tastemaker is based on decades of research and interviews. (Credit: Farrar, Straus & Giroux) 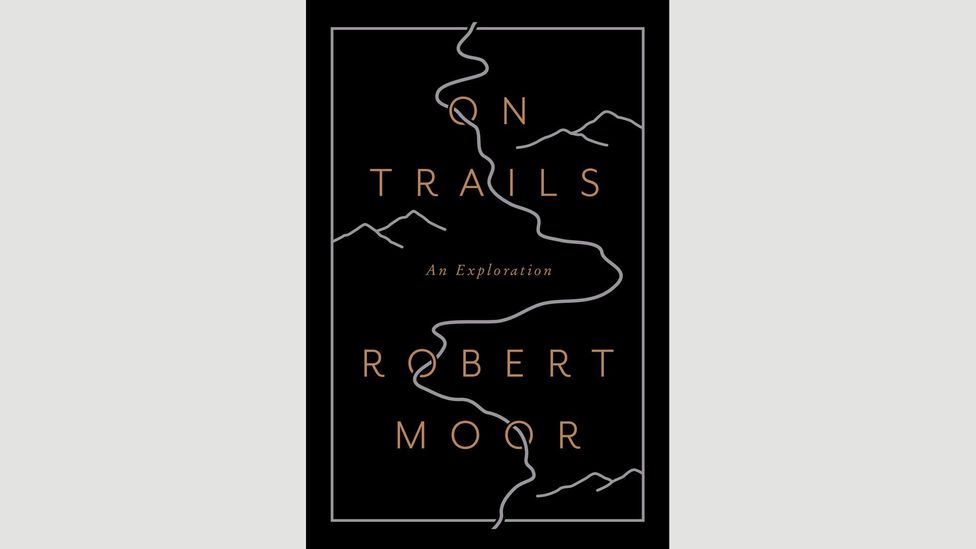 Moor hiked the Appalachian Trail from Georgia to Maine in 2009, a cool, rainy year. Shrouded in mist and rain for five months, he studied the path beneath his feet with “Talmudic intensity,” and began to speculate about the origins and history of trails. Over the next seven years, he traces the world’s oldest fossil trails at Mistaken Point in Newfoundland, learns how ants build labyrinthine pheromone trail systems, and examines human interactions with animals – through herding, hunting and studying. He goes trail hunting with a historian who is mapping forest footpaths of the ancient Cherokee homeland in North Carolina. Shifting from “trail-walking cultures” to “road-driving” cultures, he moves on to interstate highways and the internet. Moor is an intelligent guide, by turns adventurous, informative and philosophical. (Credit: Simon & Schuster) 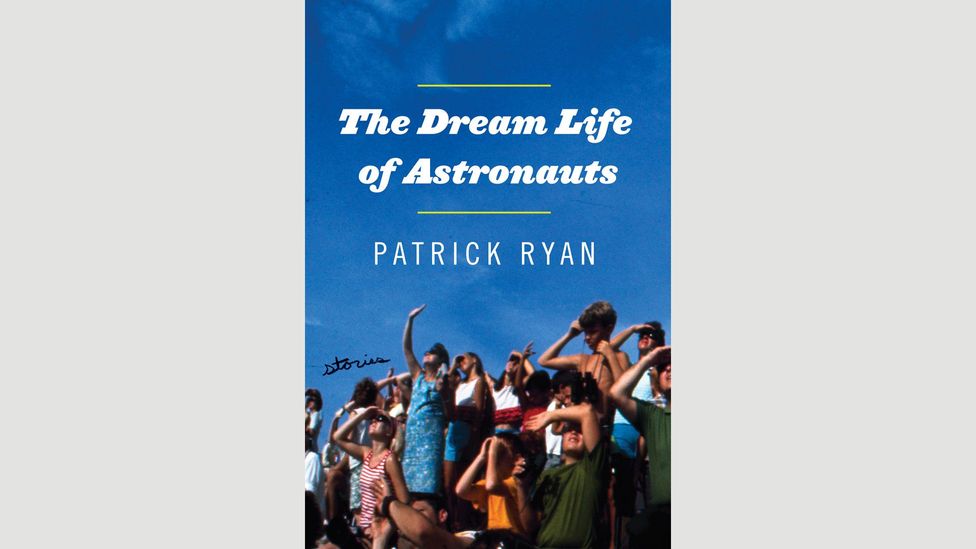 Cape Canaveral is the backdrop for the nine stories in Ryan’s first collection. In Summer of ’69, a worker at Cassandra Grove in Brevard County watches “a flame as big as [her] fist… lifting over the furthest line of palm trees.” But the excitement of early moon launches fades. During the summer Nixon resigns, a young boy watches his parents’ marriage implode (by the age of seven he has learned to count the number of drinks each has had). A Nasa-trained astronaut who never made it into space tries to lure a teenage fan into a threesome. There are Boy Scouts, Miss America wannabes, and a Nasa crew feeling rattled after the Challenger blows up. Ryan brings a wry sense of intimacy to these dreamers who are always searching for a better life, for something new. (Credit: Dial Press)