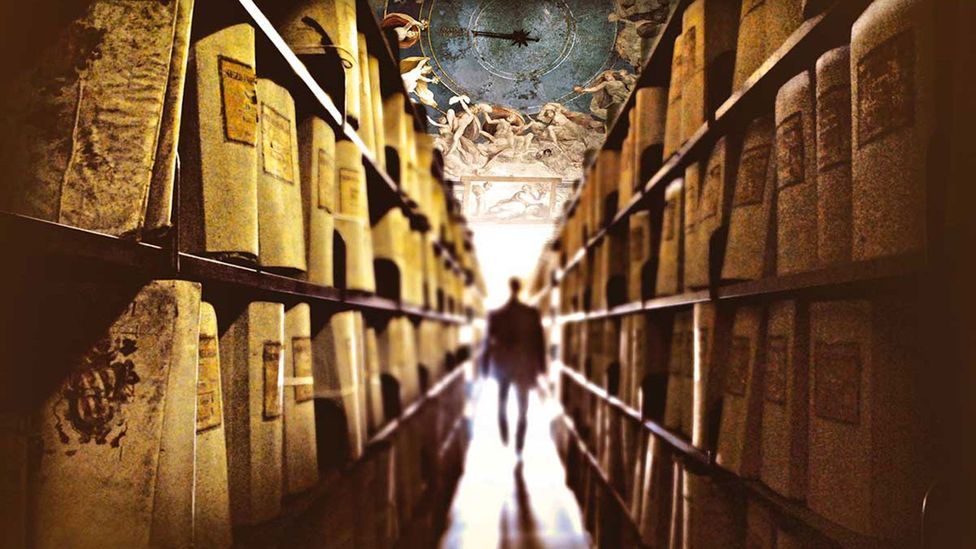 By Fiona Macdonald 19th August 2016
After news emerged about an underground reading room in Damascus, Fiona Macdonald discovers the places where writing has been hidden for centuries.
B

Beneath the streets of a suburb of Damascus, rows of shelves hold books that have been rescued from bombed-out buildings. Over the past four years, during the siege of Darayya, volunteers have collected 14,000 books from shell-damaged homes. They are held in a location kept secret amid fears that it would be targeted by government and pro-Assad forces, and visitors have to dodge shells and bullets to reach the underground reading space.

It’s been called Syria’s secret library, and many view it as a vital resource. “In a sense the library gave me back my life,” one regular user, Abdulbaset Alahmar, told the BBC. “I would say that just like the body needs food, the soul needs books.”

Religious or political pressures have meant that books have been hidden throughout history – whether in secret caches or private collections. One of those is now known as ‘the Library Cave’. 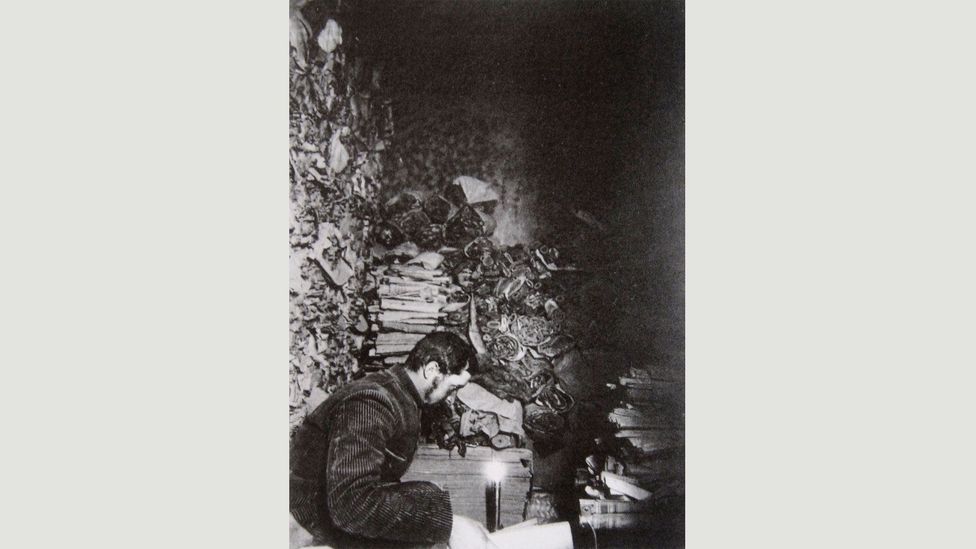 French sinologist Paul Pelliot in the Library Cave at Dunhuang in 1908 reading the manuscripts (Credit: The Musée Guimet)

On the edge of the Gobi Desert in China, part of a network of cave shrines at Dunhuang called the Thousand Buddha Grottoes, it was sealed for almost 1000 years. In 1900, Taoist monk Wang Yuanlu – an unofficial guardian of the caves – discovered the hidden door that led to a chamber filled with manuscripts dating from the fourth to the 11th Centuries.

Provincial authorities showed little interest in the documents after Wang contacted them; but news of the cave spread, and Hungarian-born explorer Aurel Stein persuaded him to sell about 10,000 manuscripts. Delegations from France, Russia and Japan followed, and most of the ancient texts left the cave. According to The New Yorker, “By 1910, when the Chinese government ordered the remaining documents to be transferred to Beijing, only about a fifth of the original hoard remained.”

Despite that, many of the original manuscripts can now be seen: an initiative to digitise the collection was launched in 1994. The International Dunhuang Project – led by the British Library, with partners worldwide – means that, as The New Yorker says, “Armchair archive-divers can now examine the earliest complete star chart in the world, read a prayer written in Hebrew by a merchant on his way from Babylon to China, inspect a painting of a Christian saint in the guise of a bodhisattva, examine a contract drawn up for the sale of a slave girl to cover a silk trader’s debt, or page through a book on divination written in Turkic runes.”

No one knows why the cave was sealed: Stein argued that it was a way of storing manuscripts no longer used but too important to be thrown away, a kind of ‘sacred waste’, while French sinologist Paul Pelliot believed it happened in 1035, when the Xi Xia empire invaded Dunhuang. Chinese scholar Rong Xinjiang has suggested that the cave was closed off amid fears of an invasion by Islamic Karakhanids, which never occurred.

Whatever the reason they were originally hidden, the cave’s contents have altered history since they were revealed just over a century ago. One of the Dunhuang documents, the Diamond Sutra, is a key Buddhist sacred work: according to the British Library, the copy in the cave dates back to 868 and is “the world's earliest complete survival of a dated printed book”.

It’s a reminder that paper and printing did not originate in Europe. “Printing began as a form of prayer,” says The New Yorker, “the equivalent of turning a prayer wheel or slipping a note into the Western Wall in Jerusalem, but on an industrial scale.”

A wing and a prayer

The location of another hidden stash of religious texts has been known since it was founded in 1612 – yet that hasn’t stopped it being the subject of conspiracy theories. The Vatican Secret Archives feature papal correspondences going back more than 1000 years, and appeared in Dan Brown’s Angels and Demons, as a Harvard ‘symbologist’ battled the Illuminati. The rumoured contents of the collection include alien skulls, documentation of the bloodline of Jesus and a time machine called the Chronovisor, built by a Benedictine monk so that he could go back in time and film Jesus’ crucifixion.

In an attempt to dispel the myths, access has been opened up in recent years, and there was an exhibition of documents from the archives at the Capitoline Museums in Rome. Pope Leo XIII first allowed carefully vetted scholars to visit in 1881, and now many documents can be viewed by researchers – although browsing is prohibited. The word ‘secret’ in the name comes from the Latin ‘secretum’, which is closer to ‘private’; yet areas of the archives remain off-limits.

Scholars aren’t allowed to look at any papal papers since 1939, when the controversial wartime Pontiff Pius XII became Pope, and a section of the archives relating to the personal affairs of cardinals from 1922 onwards can’t be accessed.

Housed in a concrete bunker, part of a wing behind St Peter’s Basilica, the archives are protected by Swiss Guards and officers from the Vatican City’s own police force. They reinforce the power of the words held within. As well as correspondence between the Vatican and figures such as Mozart, Erasmus, Charlemagne, Voltaire and Adolf Hitler, there is King Henry VIII’s request to annul his marriage to Catherine of Aragon: when this was refused by Pope Clement VII, Henry divorced her and sparked Rome’s break with the Church of England. The archives also contain Pope Leo X’s 1521 decree excommunicating Martin Luther, a handwritten transcript of the trial against Galileo for heresy and a letter from Michelangelo complaining he hadn’t been paid for work on the Sistine Chapel.

Another brick in the wall 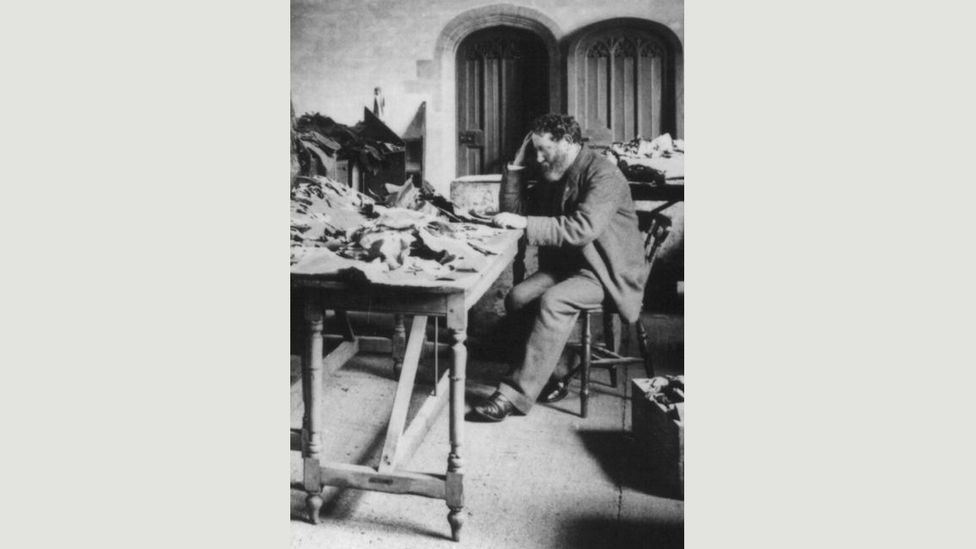 Solomon Schechter recognised the significance of the manuscripts in the Cairo genizah (Credit: Wikipedia)

Not defended by armed guard but by centuries of forgetting, one collection in Old Cairo (Fustat), Egypt was left alone until a Romanian Jew recognised its significance. Jacob Saphir described the stash in an 1874 book – yet it wasn’t until 1896, when Scottish twin sisters Agnes Lewis and Margaret Gibson showed some of its manuscripts to fellow Cambridge University academic Solomon Schechter, that the trove became widely known.

Hidden in a wall of the Ben Ezra synagogue were almost 280,000 Jewish manuscript fragments: what has come to be called the Cairo Genizah. According to Jewish law, no writings containing the name of God can be thrown away: those that have fallen out of use are stored in an area of a synagogue or cemetery until they can be buried. The repository is known as a genizah, which comes from the Hebrew originally meaning ‘to hide away’, and later known as an ‘archive’.

For 1000 years, the Jewish community in Fustat deposited their texts in the sacred store. And the Cairo Genizah was left untouched. “Medieval Jews hardly wrote anything at all – whether personal letters or shopping lists – without referring to God,” says The New Yorker. As a result, “we have a frozen postbox of some two hundred and fifty thousand fragments composing an unparalleled archive of life in Egypt from the ninth to the nineteenth centuries… No other record as long or as full exists.”

Ben Outhwaite, the head of genizah research at Cambridge, told The New Yorker how important the Cairo Genizah collection is for scholars. “It is not hyperbole to talk about it as having rewritten what we knew of the Jews, the Middle East, and the Mediterranean in the Middle Ages.”

The fragments reveal that Jewish merchants collaborated with Christians and Muslims; that Jews were treated more tolerantly than previously assumed, and anti-Semitism was less common than thought. Their importance is increasingly being acknowledged. In 2013, the libraries of Oxford and Cambridge Universities joined together to raise funds to keep the collection intact – the first time they have worked together in this way.

At the time, David Abulafia, author of The Great Sea: A Human History of the Mediterranean, said: “The Cairo Genizah documents are like a searchlight, illuminating dark corners of the history of the Mediterranean and shedding a bright light on the social, economic and religious life of the Jews not just of medieval Egypt but of lands far away. There is nothing to compare with them as source for the history of the 10th to 12th Centuries, anywhere in Europe or the Islamic world.” 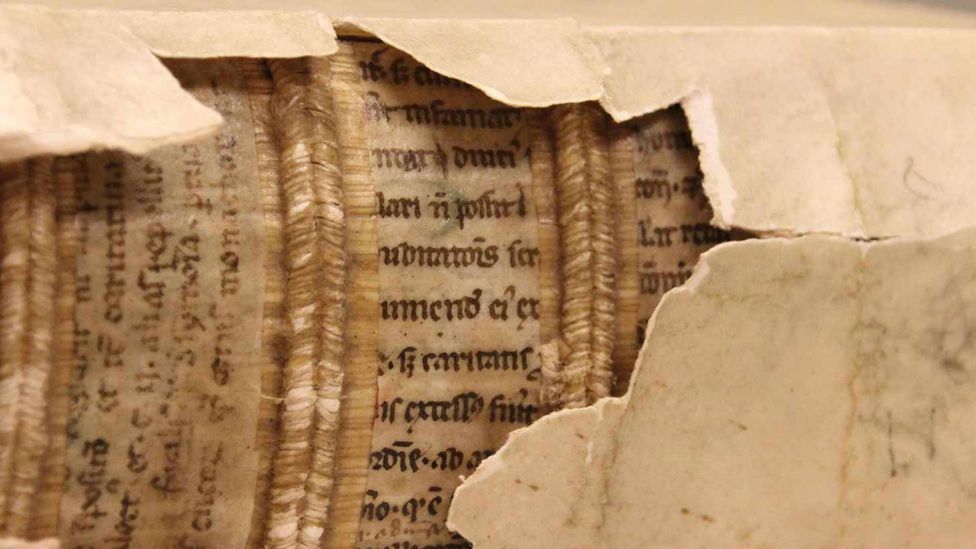 In 2013, the Dutch Medieval book historian Erik Kwakkel described ‘a remarkable discovery’ made by students in a class he taught at Leiden University. “While students were systematically going through the binding remains in the library,” he says in a blog post titled A Hidden Medieval Archive Surfaces, they found “132 notes, letters and receipts from an unidentified court in the Rhine region, jotted on little slips of paper. They were hidden inside the binding of a book printed in 1577”.

Rather than being ‘sacred waste’ too important to throw away, the fragments were examples of rubbish recycled by bookbinders. “Recycling medieval written material was a frequent occurrence in the workshop of early-modern (as well as medieval) binders,” writes Kwakkel. “When a printed book from 1577 was to be fitted with its binding, the binder grabbed the 132 paper slips from his equivalent of a blue recycling bin and moulded them, likely wet, into cardboard boards.”

The process means that words never intended for posterity can still be read today. “The slips are first of all remarkable simply because such small written objects rarely survive from medieval society… There are few places where such objects can slumber undisturbed for centuries,” he says. “This is when their long journey to our modern period started, as stowaways hitchhiking on 16th Century printed matter.”

Including receipts, requests to servants and shopping lists, it’s a collection that’s rare for historians. “Messages like these bring us as close to real medieval society as you can get,” writes Kwakkel. “They are the medieval voices we normally don’t hear, that tell the story of what happened ‘on the ground’.”

And it’s a collection that could be far bigger than first thought. Using an X-ray technology created to look beneath the surface of paintings and detect earlier stages of composition, Kwakkel has developed a way to see through fragile book bindings. In October 2015, he began scanning early printed books in Leiden University Library.

“The new technique is amazing in that it shows us fragments – medieval text – that we could otherwise never see because they are hidden behind a layer of parchment or paper,” wrote Kwakkel in a blog post about his Hidden Library project. While the technology needs to be improved, it hints at a process that could reveal a secret library within a library. “We might be able to access a hidden medieval ‘library’ if we were able to gain access to the thousands of manuscript fragments hidden in bindings.”