Loading
Art | Art history
Was modern art a weapon of the CIA?
Share using EmailShare on TwitterShare on FacebookShare on Linkedin 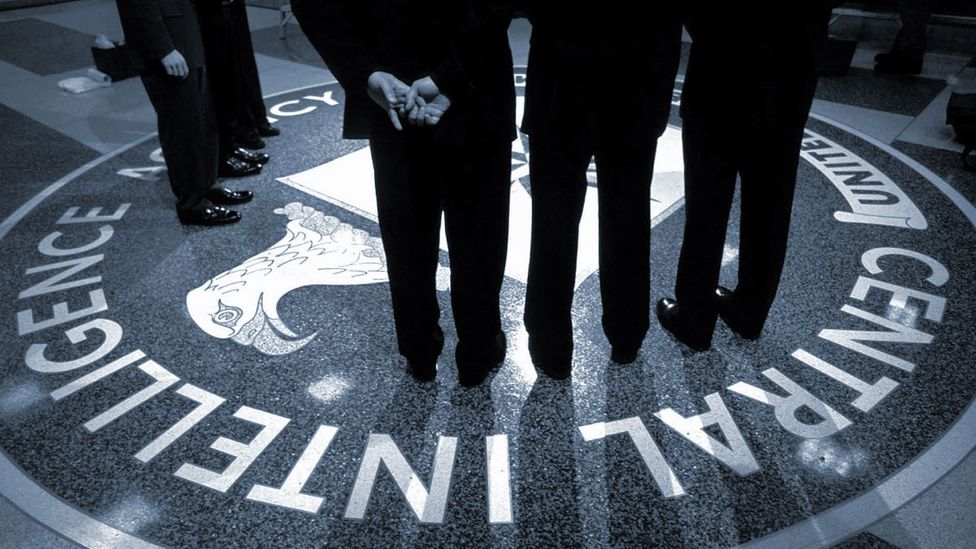 By Alastair Sooke 4th October 2016
The Abstract Expressionists emerged from obscurity in the late 1940s to establish New York as the centre of the art world – but some say they became pawns of US spies in the Cold War. Alastair Sooke investigates.
I

In the immediate aftermath of World War Two, something exciting happened in the art world in New York. A strange but irresistible energy started to crackle across the city, as artists who had struggled for years in poverty and obscurity suddenly found self-confidence and success. Together, they formed a movement that became known, in time, as Abstract Expressionism. It is currently the subject of a major exhibition, featuring 164 artworks by 30 artists (including Willem de Kooning, Jackson Pollock, and Mark Rothko), at the Royal Academy of Arts in London.

One of the most remarkable things about Abstract Expressionism was the speed with which it rose to international prominence. Although the artists associated with it took a long time to find their signature styles, once the movement had crystallised, by the late ‘40s, it rapidly achieved first notoriety and then respect. By the ‘50s, it was generally accepted that the most exciting advances in painting and sculpture were taking place in New York rather than Paris. In 1957, a year after Pollock’s death in a car crash, the Metropolitan Museum paid $30,000 for his Autumn Rhythm – an unprecedented sum of money for a painting by a contemporary artist at the time. 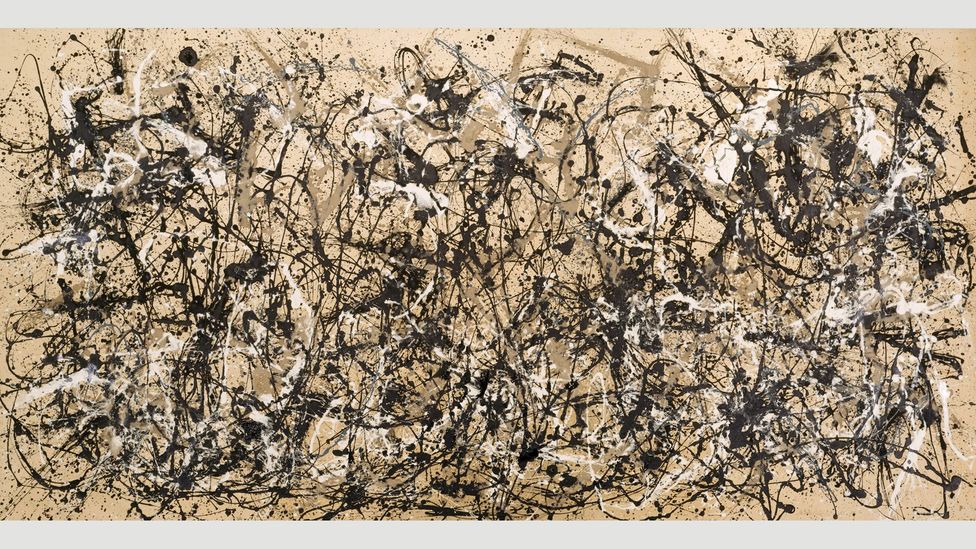 The following year, The New American Painting, an influential exhibition organised by New York’s Museum of Modern Art, began a year-long tour of European cities including Basel, Berlin, Brussels, Milan, Paris, and London. The triumph of Abstract Expressionism was complete. 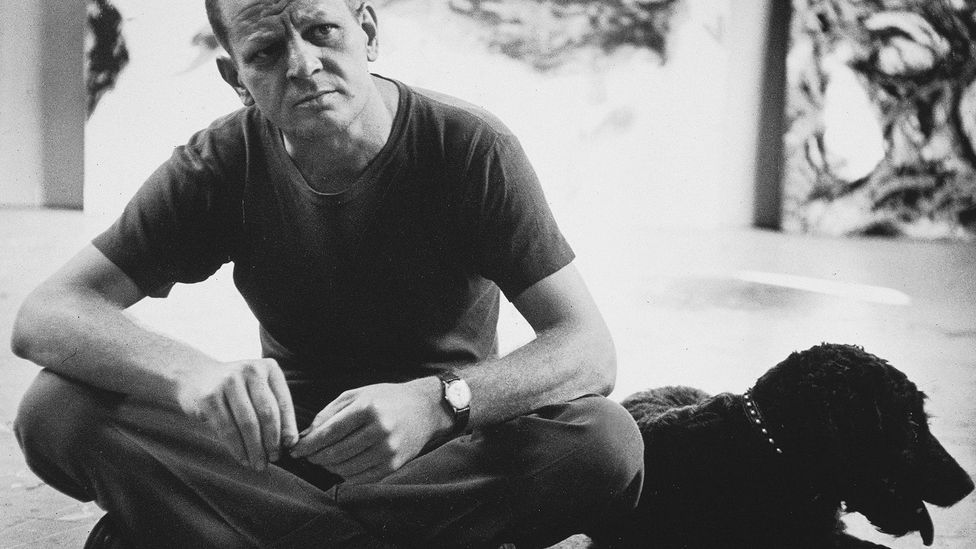 Pollock was a heavy drinker who lived a reclusive life, cut short by a car accident at the age of 44 (Credit: Getty Images)

In 1973, in an article in Artforum magazine, the art critic Max Kozloff examined post-war American painting in the context of the Cold War. He claimed to be reacting against the “self-congratulatory mood” of recent publications such as Irving Sandler’s The Triumph of American Painting (1970), the first history of Abstract Expressionism. Kozloff went on to argue that Abstract Expressionism was “a form of benevolent propaganda”, in sync with the post-war political ideology of the American government.

In many ways, the idea seemed preposterous. After all, most of the Abstract Expressionists were volatile outsiders. Pollock once said that everyone at his high school in Los Angeles thought he was a “rotten rebel from Russia”. According to David Anfam, co-curator of the Royal Academy exhibition, “Rothko said he was an anarchist. Barnett Newman was a declared anarchist – he wrote an introduction to Kropotkin’s book on anarchism. So here you had this nexus of non-conformist artists, who were completely alienated from American culture. They were the opposite of the Cold Warriors.”

Despite this, however, Kozloff’s ideas took hold. A few years before they were published, in 1967, the New York Times had revealed that the liberal anti-Communist magazine Encounter had been indirectly funded by the CIA. As a result, people started to become suspicious. Could it be that the CIA also had a hand in promoting Abstract Expressionism on the world stage? Was Pollock, wittingly or not, a propagandist for the US government?

A number of essays, articles and books followed Kozloff’s piece, all arguing that the CIA had somehow manipulated Abstract Expressionism. In 1999, the British journalist and historian Frances Stonor Saunders published a book about the CIA and the “cultural Cold War” in which she asserted: “Abstract Expressionism was being deployed as a Cold War weapon.” A synthesis of her argument is available online, in an article that she wrote for the Independent newspaper in 1995. “In the manner of a Renaissance prince – except that it acted secretly – the CIA fostered and promoted American Abstract Expressionist painting around the world for more than 20 years,” she wrote. 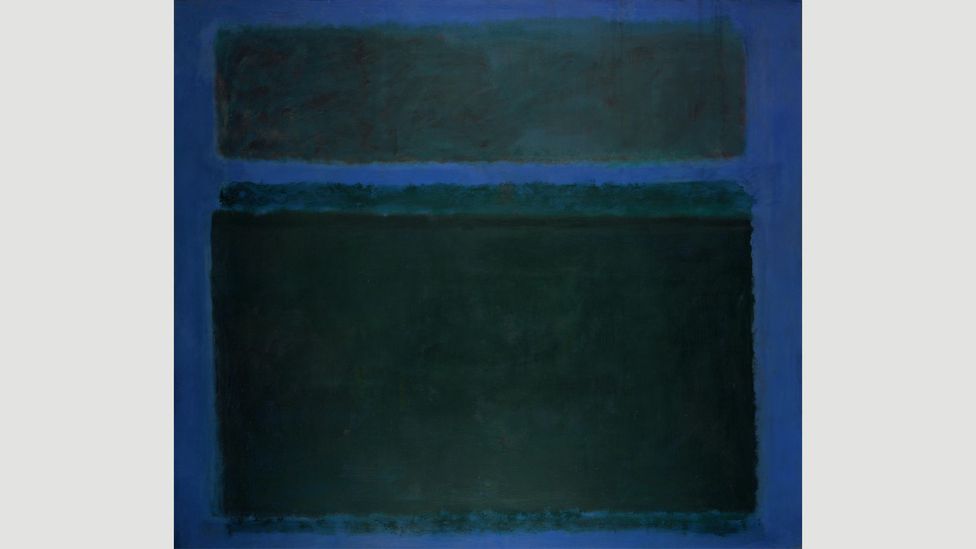 The gist of her case goes something like this. We know that the CIA bankrolled cultural initiatives as part of its propaganda war against the Soviet Union. It did so indirectly, on what was called a “long leash”, via organisations such as the Congress for Cultural Freedom (CCF), an anti-Communist advocacy group active in 35 countries, which the CIA helped to establish and fund. It was the CCF that sponsored the launch of Encounter magazine in 1953, for instance. It also paid for the Boston Symphony Orchestra to travel to Paris to participate in a festival of modern music.

According to Saunders, the CCF financed several high-profile exhibitions of Abstract Expressionism during the ‘50s, including The New American Painting, which toured Europe between 1958 and 1959. Supposedly, the Tate Gallery couldn’t afford to bring the exhibition to London – so an American millionaire called Julius Fleischmann stepped in, stumping up the cash so that it could travel to Britain. Fleischmann was the president of a body called the Farfield Foundation, which was funded by the CIA. It is therefore possible to argue that important British abstract painters, such as John Hoyland, who were profoundly influenced by the Tate’s exhibition in ’59, were shaped by America’s spymasters. 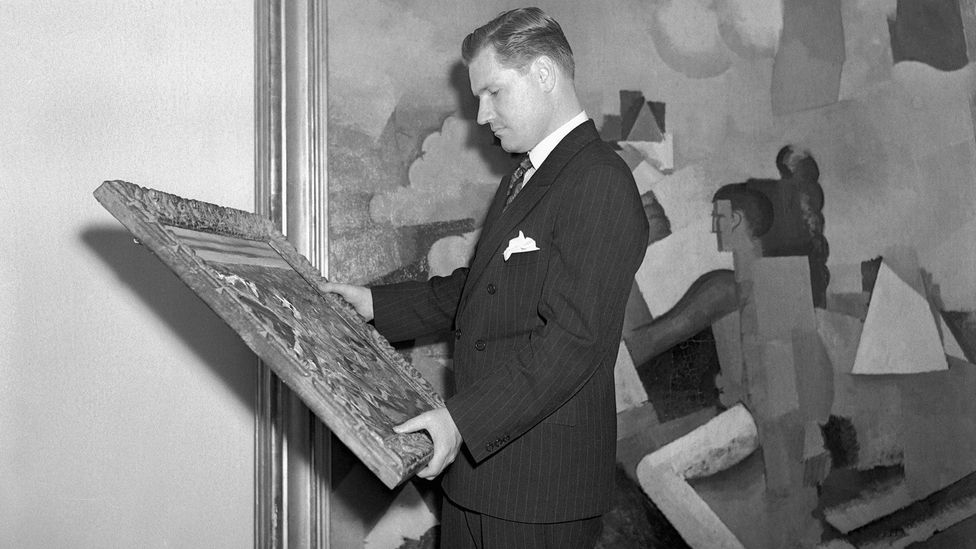 Nelson Rockefeller was the president of MoMA in the 1940s and 1950s and had close ties with figures in US intelligence (Credit: Getty Images)

Saunders also highlighted links between the CIA and New York’s Museum of Modern Art (MoMA), which was instrumental in promoting Abstract Expressionism. Nelson Rockefeller, the president of MoMA during the ‘40s and ‘50s, had close ties with the US intelligence community. So did Thomas Braden, who directed cultural activities at the CIA: prior to joining “the Company”, he was MoMA’s executive secretary.

Even today, however, the story of the CIA’s involvement with Abstract Expressionism remains contentious. According to Irving Sandler, who is now 91, it is totally untrue. Speaking to me by phone from his apartment in New York’s Greenwich Village, he said: “There was absolutely no involvement of any government agency. I haven’t seen a single fact that indicates there was this kind of collusion. Surely, by now, something – anything – would have emerged. And isn’t it interesting that the federal government at the time considered Abstract Expressionism a Communist plot to undermine American society?”

America was the land of the free, whereas Russia was locked up, culturally speaking – David Anfam

David Anfam is more circumspect. He says it is “a well-documented fact” that the CIA co-opted Abstract Expressionism in their propaganda war against Russia. “Even The New American Painting [exhibition] had some CIA funding behind it,” he says. According to Anfam, it is easy to see why the CIA wished to promote Abstract Expressionism. “It’s a very shrewd and cynical strategy,” he explains, “because it showed that you could do whatever you liked in America.” By the ‘50s, Abstract Expressionism was bound up with the concept of individual freedom: its canvases were understood as expressions of the subjective inner lives of the artists who painted them. 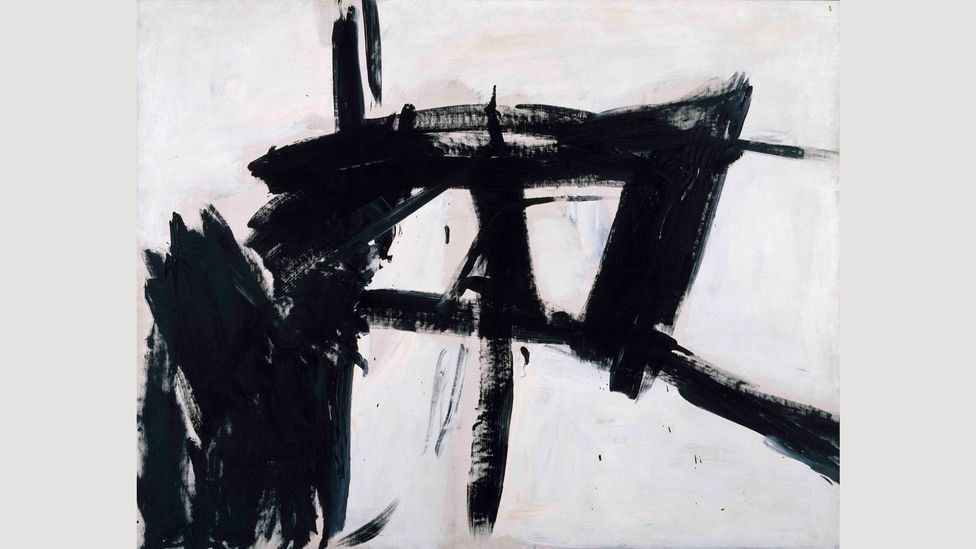 Franz Kline’s works are more rigorously composed and less spontaneous than those of other Abstract Expressionists (Credit: Museum of Contemporary Art Chicago)

As a result, the movement was a useful foil to Russia’s official Soviet Realist style, which championed representative painting. “America was the land of the free, whereas Russia was locked up, culturally speaking,” Anfam says, characterising the perception that the CIA wished to foster during the Cold War.