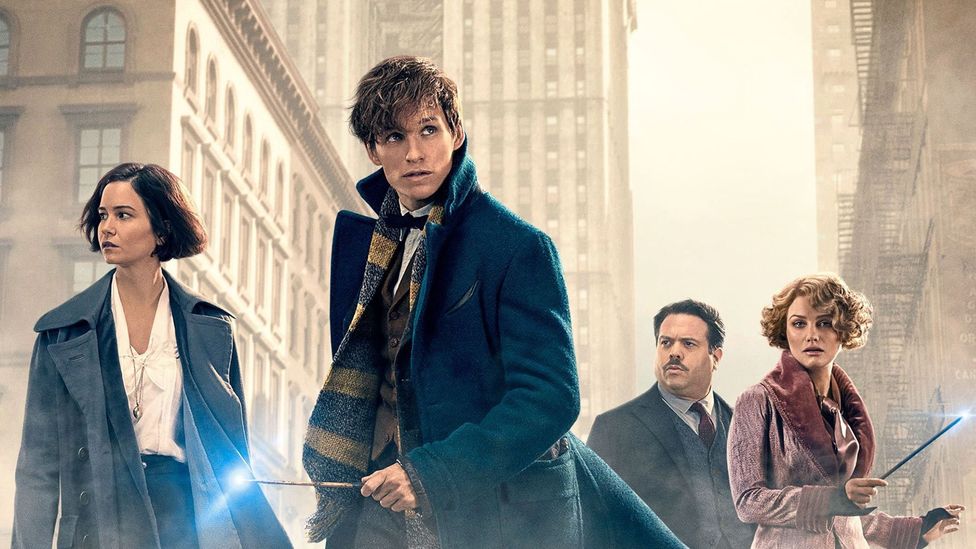 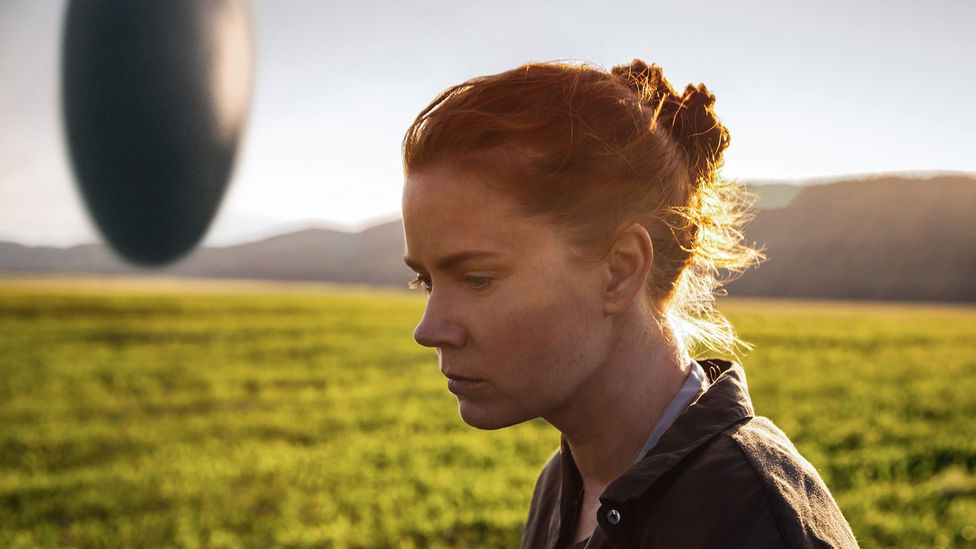 Prisoners and Sicario director Denis Villeneuve returns with a film that [“restores a sense of wonder to sci-fi”](http://www.bbc.co.uk/culture/story/20160912-arrival-the-best-sci-fi-film-in-years), according to BBC Culture’s Christian Blauvelt. Amy Adams leads the cast as an academic trying to decipher the language of aliens who have touched down on Earth, putting in a performance “rich in emotional depth”, [according to The Hollywood Reporter](http://www.hollywoodreporter.com/review/amy-adams-arrival-venice-review-924941). The Telegraph praised the film’s [treatment of complicated linguistic ideas](http://www.telegraph.co.uk/films/2016/09/01/arrival-is-science-fiction-at-is-most-beautiful-and-provocative/), adding that it “turns an already beautiful, provocative allegory into the kind of science-fiction that can bump your whole worldview off balance”. Icelandic composer Jóhann Jóhannsson unites with Villeneuve once again for a soundtrack worthy of recognition when awards season comes around. On general release from 10 November. (Credit: Paramount Pictures) 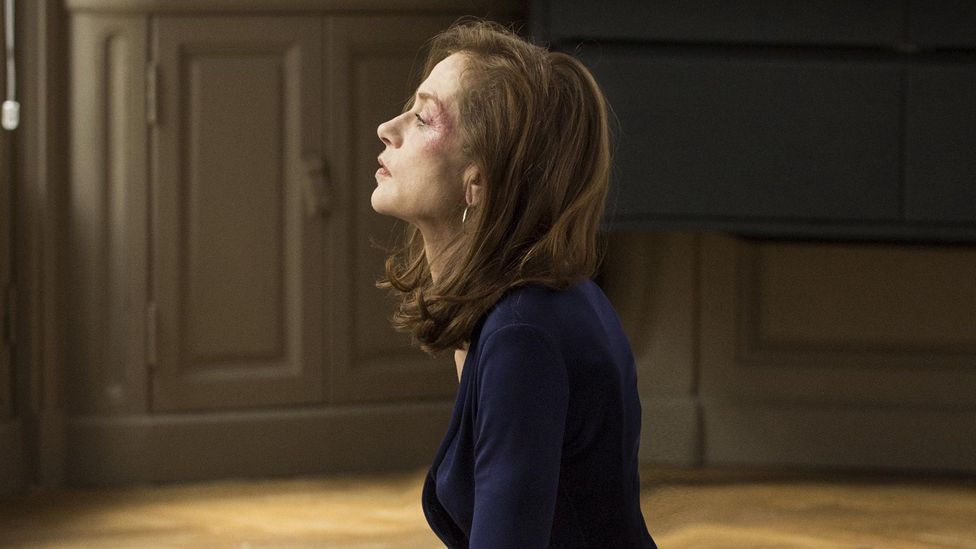 It’s a film [“too lurid to have been made in the US”](http://www.bbc.co.uk/culture/story/20160909-the-thriller-too-shocking-for-hollywood): Basic Instinct director Paul Verhoeven’s first film since 2006’s Black Book follows a woman seeking revenge on the masked stranger who raped her. Many reviews have described the film as a “rape comedy”, but the director has taken issue with that description. “It’s not a rape comedy at all,” [he told The Guardian](https://www.theguardian.com/film/2016/may/27/paul-verhoeven-elle-isabelle-huppert-rape-comedy). “It’s rape and there is comedy. You’re not laughing at all when she gets raped.” Elle stars French actress Isabelle Huppert, who has had an impressive 2016, with critically acclaimed roles in quiet drama Things to Come and charming romance Souvenir, but it’s Elle that looks most likely to score her a first Oscar nomination in the new year. [BBC Culture critic Sam Adams](http://www.bbc.com/culture/story/20160909-the-thriller-too-shocking-for-hollywood) described her performance as “a high-water mark” in “her prolific and accomplished career”. Released 11 November in the US and 18 November in Canada. (Credit: SBS Productions) 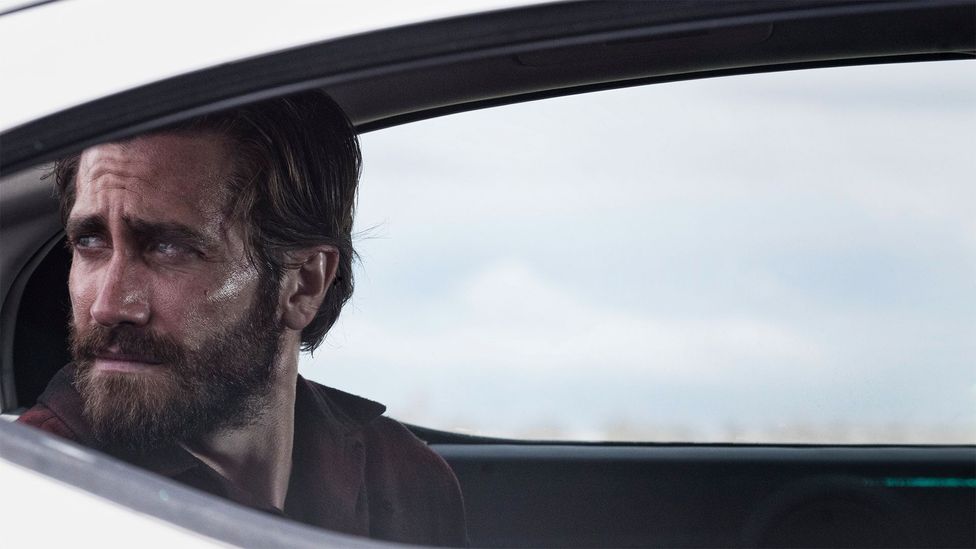 Another Amy Adams film hits cinemas this month, and it couldn’t be more different from Arrival. She stars alongside Jake Gyllenhaal, Michael Shannon and Aaron Taylor-Johnson in Tom Ford’s sumptuous thriller. But Nocturnal Animals doesn’t put style over substance, it won high praise on its debut at Venice Film Festival in September, with [BBC Culture’s Nicholas Barber](http://www.bbc.co.uk/culture/story/20160905-tom-fords-nocturnal-animals-is-a-giddily-enjoyable-puzzle) describing the film as a “structurally ambitious, giddily enjoyable postmodern puzzle”. Ford’s second feature film looks set to confirm his “position as every bit as important a figure in cinema as in fashion”, [says the Independent](http://www.independent.co.uk/arts-entertainment/films/reviews/nocturnal-animals-film-review-venice-release-tom-ford-amy-adams-jake-gyllenhaal-a7221856.html), adding that he has “scripted, produced and directed” a film, which “combines painstaking craftsmanship and formal elegance with a gut-wrenching storyline”. On general release from 4 November. (Credit: Universal Pictures) 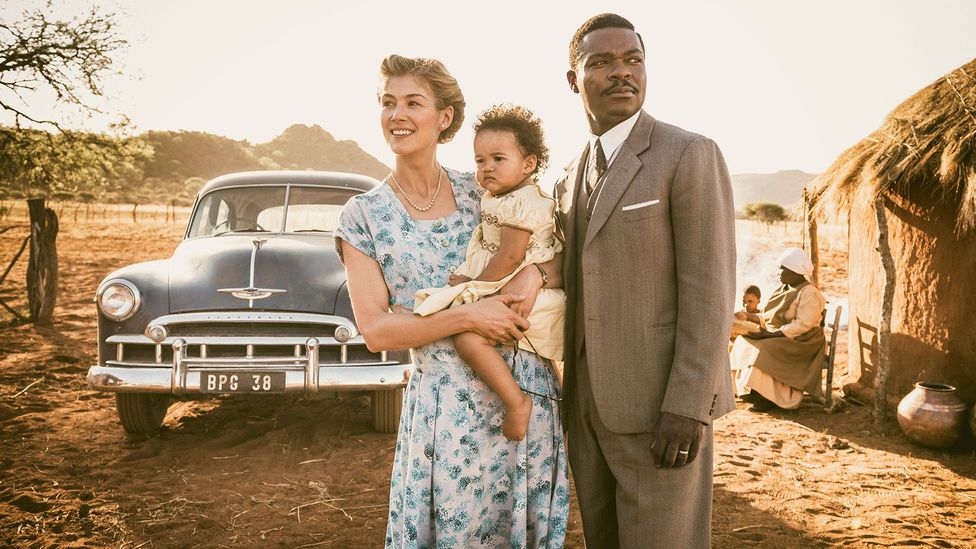 David Oyelowo and Rosamund Pike star in this [“elegant tale of racial reconciliation in Africa's colonial past”](http://www.bbc.com/culture/story/20160911-film-review-a-united-kingdom-is-a-divisive-film), which opened the London Film Festival in October. A United Kingdom tells the true story of Seretse Khama, the King of Bechuanaland (now Botswana), and London office worker Ruth Williams, who married in 1948 despite fierce opposition from their families and the British and South African governments. [Indiewire says](http://www.indiewire.com/2016/09/a-united-kingdom-review-david-oyelowo-rosamund-pike-tiff-2016-1201725225/) the film is a “rich, stirring look at one of modern society’s most enduring – and yes, inspirational – marriages, underpinned by political machinations that remain all too relevant”. Released in Australia on 10 November, followed by the UK and Ireland on 25 November. (Credit: Pathé) 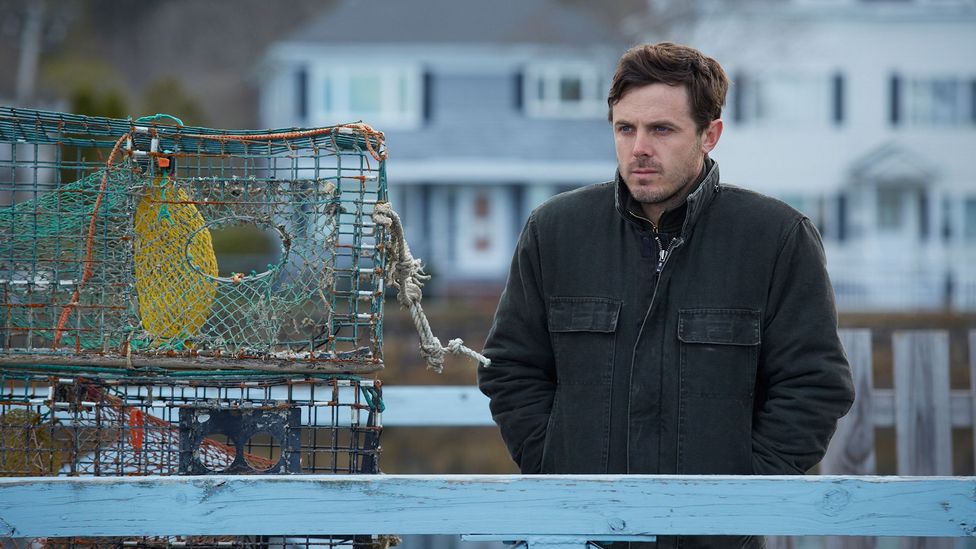 Manchester by the Sea

Kenneth Lonergan’s latest made waves when it premiered at the Sundance Film Festival in January, and now it’s looking like a major awards contender, with Casey Affleck’s lead performance tipped to bring him best actor glory at the Oscars in February. He plays Lee Chandler, who returns to his hometown after the sudden death of his older brother, played by Kyle Chandler (Zero Dark Thirty). The film, [praised by Variety](http://variety.com/2016/film/festivals/manchester-by-the-sea-review-sundance-casey-affleck-1201687256/) as a “beautifully textured, richly enveloping drama”, also features Michelle Williams (Blue Valentine), who “does wonders with only a handful of scenes”, [according to Collider](http://collider.com/manchester-by-the-sea-review/). Released in Israel on 17 November, followed by the US on 18 November and Canada on 25 November. (Credit: Amazon Studios) 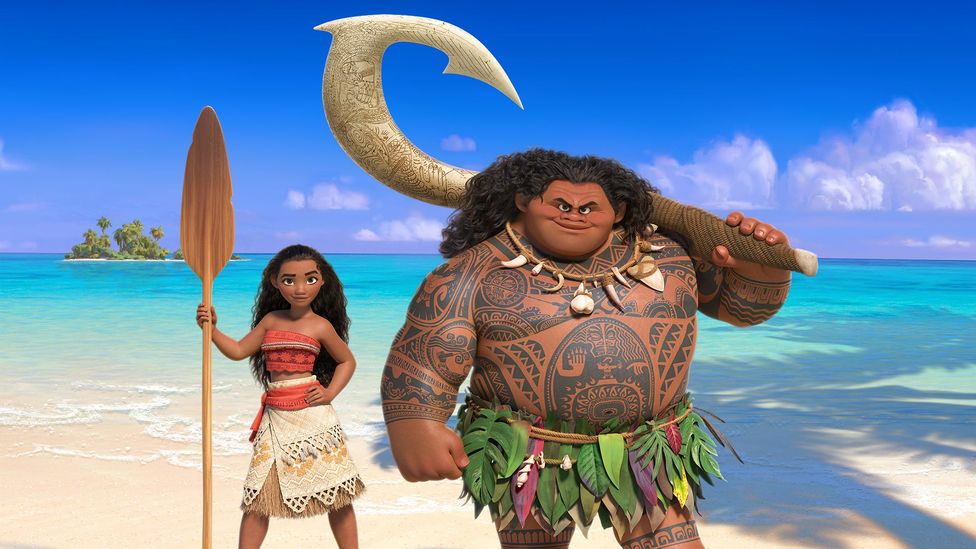 Disney’s follow-up to Zootropolis sees the introduction of the studio’s first Polynesian princess. Newcomer Auli’i Cravalho voices Moana, a princess from Motunui Island who goes in search of a mythical land full of mysterious secrets, while Dwayne Johnson voices Maui, a demigod of South Pacific legend. With songs written by Hamilton’s Lin-Manuel Miranda and a reunion of the directorial team behind Aladdin and The Little Mermaid, Moana has all the ingredients to become another Disney classic. But don’t go in expecting a same-old princess tale, directors Ron Clements and John Musker [told Time](http://time.com/4473277/moana-disney-princess-directors-interview/) that this is the start of a “different tradition”. “We saw this as a hero’s journey, a coming-of-age story,” Clements explained. On general release from 23 November. (Credit: Walt Disney Studios) 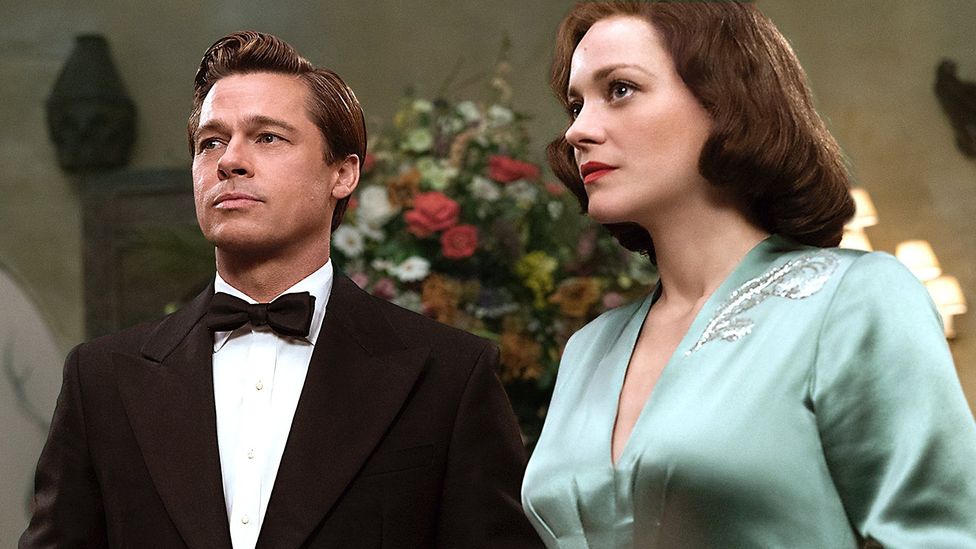 Brad Pitt and Marion Cotillard star in this romantic thriller set at the height of World War Two. The pair play assassins Max Vatan and Marianne Beausejour, who fall in love during a mission in Casablanca to kill a high ranking German official. They marry and have a child together in London, but their relationship comes under pressure when it is suggested that Marianne might actually be a German spy. Allied is the latest film from Forrest Gump director Robert Zemeckis and has a screenplay written by Steven Knight (Locke). Lizzy Caplan (The Interview), Matthew Goode (Stoker) and Jared Harris (Mad Men) also star. On general release from 23 November. (Credit: Paramount Pictures) 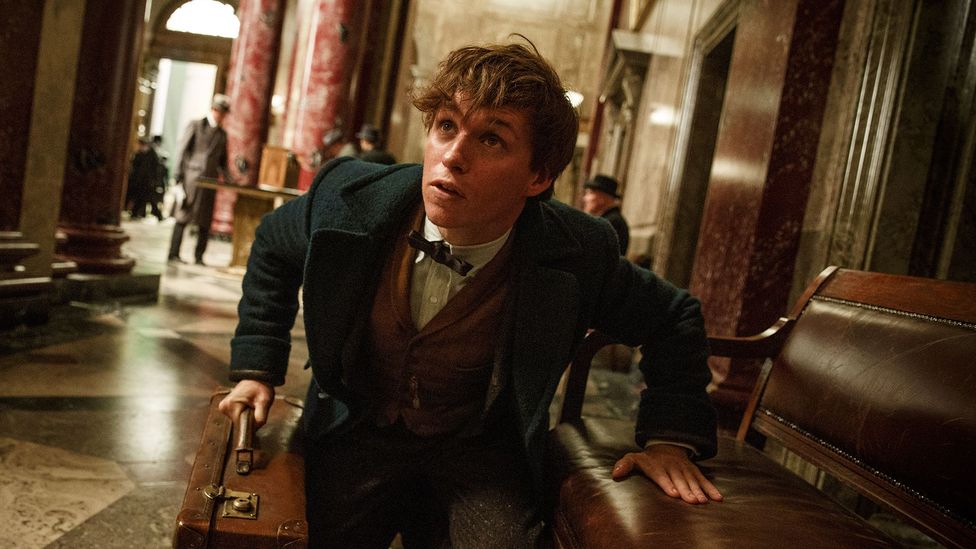 Fantastic Beasts and Where to Find Them

Harry Potter fans can return to JK Rowling’s wizarding universe with the beginning of this new prequel series, set in 1920s New York. The spin-off follows the life of Newt Scamander, a fictional author mentioned in the Potter novels, and stars Eddie Redmayne (The Theory of Everything) in the lead role. He is joined by Katherine Waterston (Steve Jobs), Colin Farrell (The Lobster) and Ezra Miller (We Need to Talk About Kevin). Director David Yates returns to the franchise following his work on the final four films in the Harry Potter series, but producer David Heyman says Fantastic Beasts is most similar to an earlier instalment – The Goblet of Fire. It’s “very funny, it’s got a big heart, and there’s darkness too,” he told [Entertainment Weekly](http://www.ew.com/topic/fantastic-beasts-and-where-find-them). Rowling, who makes her screenwriting debut with the film, recently said she is [“pretty sure”](http://www.bbc.co.uk/news/uk-37651586) the series will consist of five instalments, with the first sequel to follow in 2018. On general release from 16 November. (Credit: Warner Bros. Pictures) 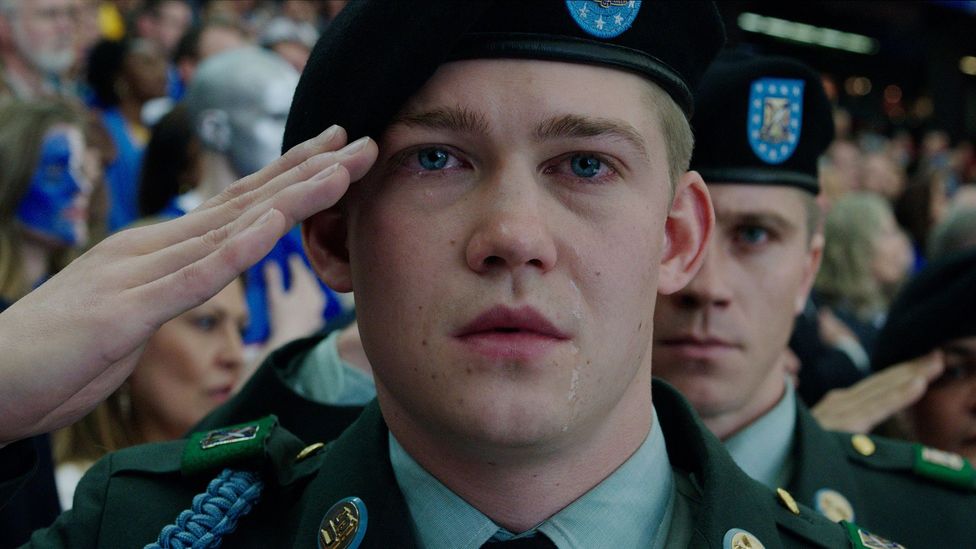 Two-time Oscar winner Ang Lee follows up 2012’s Life of Pi with this highly anticipated war drama, based on Ben Fountain’s novel of the same name. The cast includes some well-known names, including Kristen Stewart, Vin Diesel and Steve Martin, but the title role goes to newcomer Joe Alwyn in his first ever screen role. Billy Lynn is the first movie to be shot in super-high-resolution 3D at 120 frames per second. “This is not just a new technology, but a new habit in watching movies. I hope you keep an open mind,” Lee told an audience at a recent screening. Slate commented that the film shows the [“promise and failure of high-frame-rate cinema”](http://www.slate.com/articles/arts/movies/2016/10/billy_lynn_s_long_halftime_walk_looks_fantastic_it_s_also_unwatchable.html), but added that the unrelenting clarity “might come off as more disturbing than impressive”. You can make your own mind up soon enough – the film goes on general release from 9 November. (Credit: TriStar Pictures) 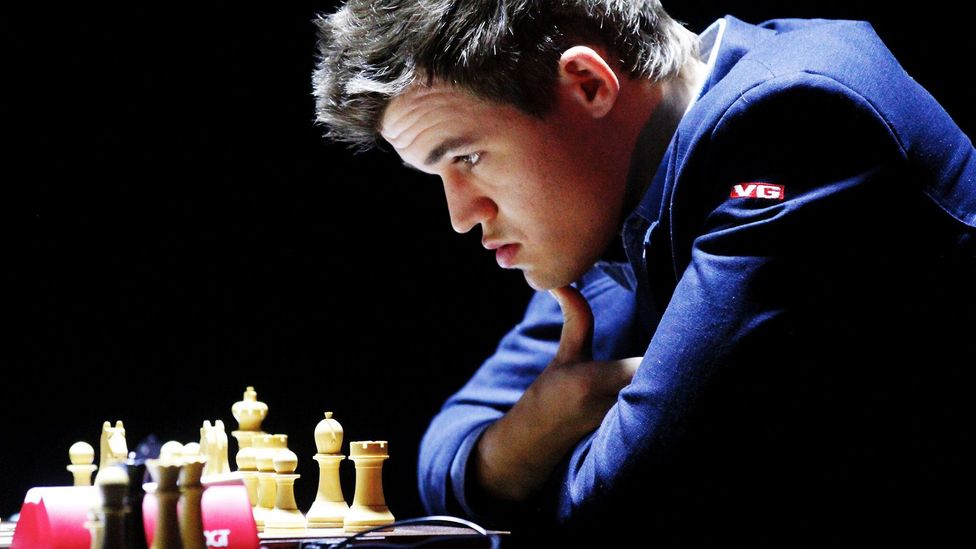 Magnus Carlsen has become known as ‘the Mozart of Chess’ and he is the subject of this new documentary from Norwegian director Benjamin Ree. From his childhood dreams of becoming a chess champion to his rise to the very top, the documentary takes an intimate look Carlsen’s extraordinary life through archive footage, home movies and interviews. Following its world premiere at Tribeca Film Festival in April, [ScreenDaily](http://www.screendaily.com/reviews/magnus-tribeca-review/5102665.article) described Magnus as a “rousing documentary” and a “sure-fire festival sensation… An unforgettable scene places [Carlsen], blindfolded, with his back to eight chessboards, playing eight experts at once. Carlsen beats them all. It’s rare that a fictional film can outdo moments like that.” Released in Germany on 10 November and in the UK on 11 November. (Credit: Moskus Film)