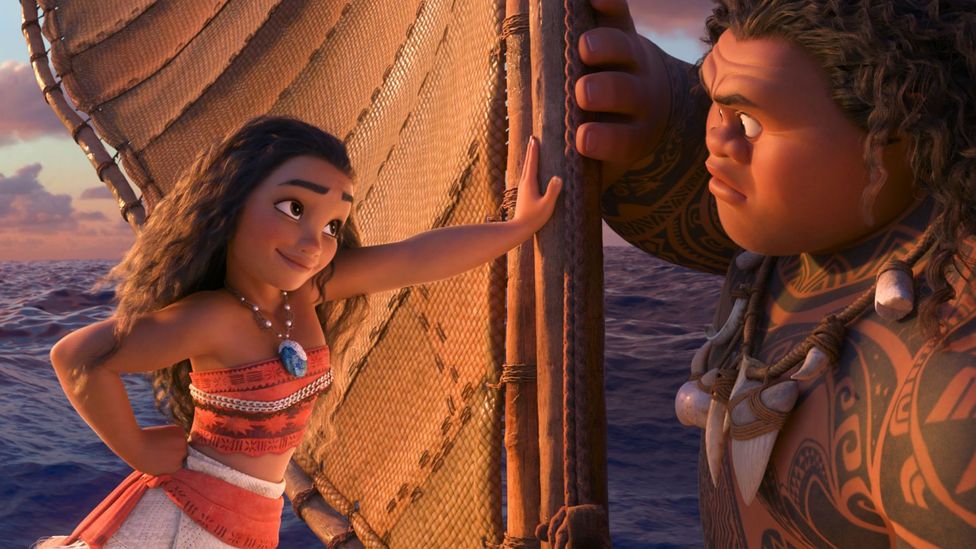 By Tom Brook 28th November 2016
Moana is already making waves, but what does the future hold for the studio's animated heroines?
M

Moana is a groundbreaking film for Disney, because it features the studio’s first Polynesian princess – but that’s not all. The film’s title character is also the first princess to possess an ‘average’ body, who unlike her counterparts, does not have a tiny waist and unusually long limbs. The film has just opened in cinemas and has been winning some positive early reviews, with Slant magazine praising Disney’s latest princess for being “neither selfishly rebellious nor simplistically innocent”.

Rebecca Hains, author of The Princess Problem: Guiding Our Girls through the Princess-Obsessed Years, definitely views Moana’s physical appearance as progress. “I think that’s very significant,” she says. “It’s clear to me that Disney has been listening to its critics. Having more heroines on screen who have a more average body type is really important, and it’s a positive sign that Disney is taking some of these parental concerns to heart.” 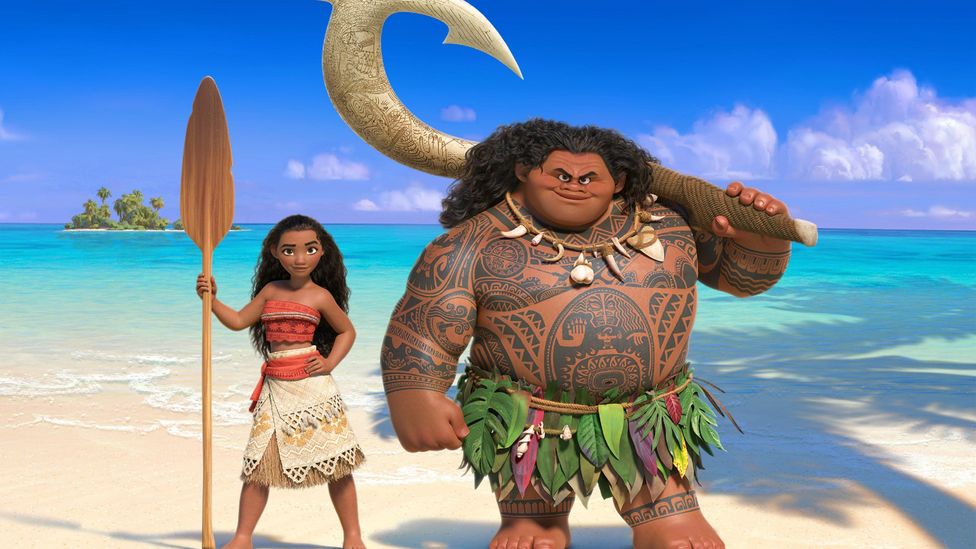 Moana is the latest film in what has been described as Disney’s ‘new golden age’ (Credit: Walt Disney Studios)

But conservative writer and talk show host Debbie Schlussel sees a thicker framed Moana as one more example of political correctness gone too far. “I think it tells girls that they don’t have to be fit,” she says. “I think it’s setting up girls for unhealthy lives in the future and also for disappointing romantic lives.”

The film’s male mythological figure, Maui, a demigod of South Pacific legend, has also been criticised for being too big and bulky, and giving a distorted view of Polynesians. But Disney’s princesses always attract a special scrutiny because those characters so thoroughly pervade the minds of young girls.

“We’re seeing girls as young as 2 and 3 wanting to be princesses,” says Hains. “They actually become obsessed with them and they really identify with the princesses. And furthermore the odds are against them having the body type idealised in these films.”

Disney princesses often represent cultural anxieties or attitudes at the time of their launch. The 1930s was the decade in which Walt Disney unveiled Snow White, the very first Disney princess. She represented a prevailing idealised view of women from that period – that they should be demure and passive. In fact the classic early heroines, including Cinderella and Sleeping Beauty, are seen as the least feminist Disney princesses because they depend on a prince charming. 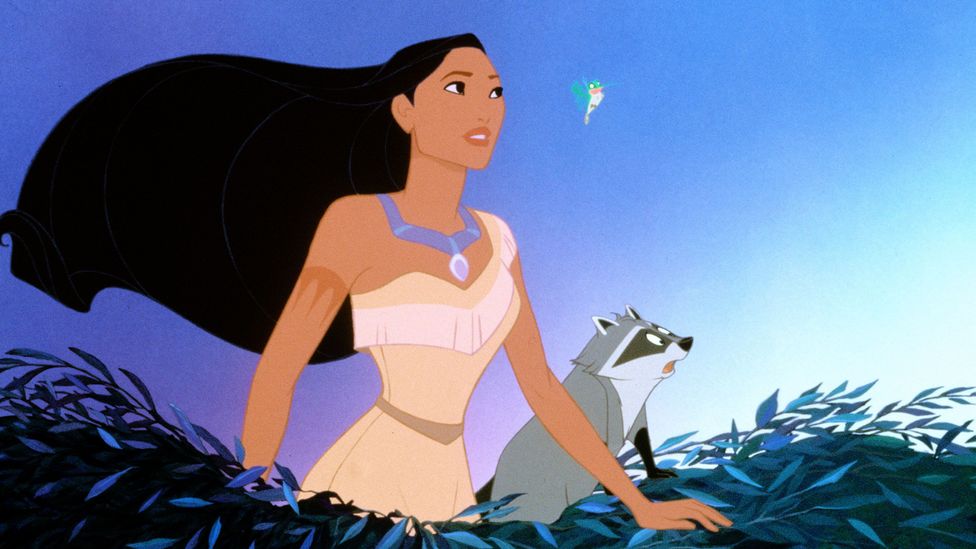 Pocahontas arrived on screens after two decades of progress made for the rights of Native Americans (Credit: Walt Disney Studios)

After Sleeping Beauty in 1959, there wasn’t another Disney princess for 30 years, by which time feminism had made its mark. The new era of Disney princess that followed incorporated elements of feminism, as well as more traditional traits. For instance, The Little Mermaid’s Ariel shows some degree of independence, although she does go on to give up her voice to get the man of her dreams.

Similarly, Belle in Beauty and the Beast also demonstrates a strong will – she doesn’t live up to the expectations of her community. But then she loses her identity as she starts seeing the world from the perspective of the beast.

It wasn’t just feminism that had an impact on Disney princesses. The rights of Native Americans were strengthened in the two decades from the mid-1970s by legislation protecting tribal rights and interests and in 1995, Pocahontas first appeared. She was Disney’s first Native American princess and is considered to be one of the most independent Disney princesses ever created.

“Pocahontas was definitely a very different type of character in that she isn’t as defined by romantic relationships and she’s a lot more active. Also, she is one of the first princesses to actually take an active role in governing,” says Megan Condis, assistant professor of English at Stephen F Austin State University, who has taken particular interest in Disney’s long history of princesses.

Pocahontas was not without controversy however. The film attracted criticism for its sexualised representation of women and for distorting history.

In 1998 came another emboldened princess, Mulan, who was far from demure. She becomes the hero of her own story, even appearing on the battlefield in body armour. 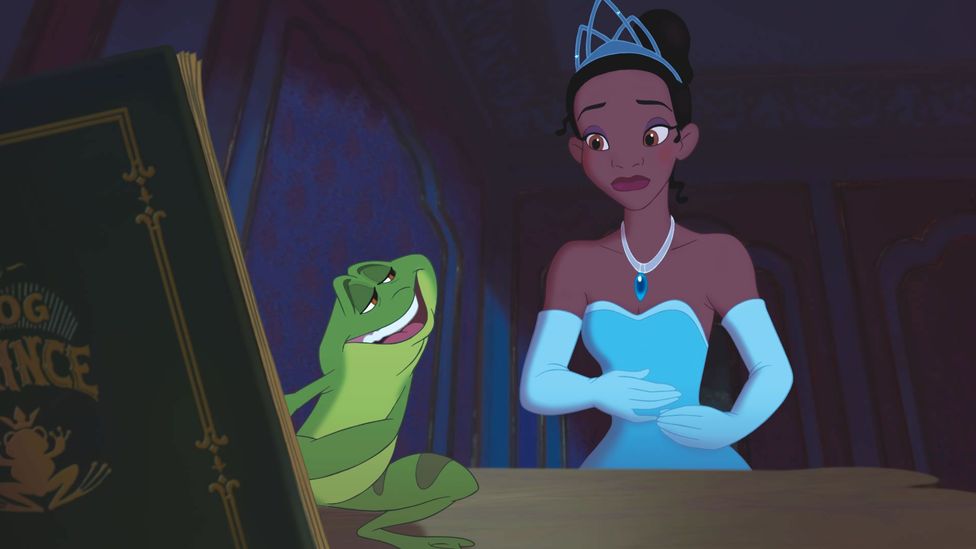 In The Princess and the Frog, Tiana’s aspirations were different from other Disney heroines – she wanted to open a restaurant (Credit: Walt Disney Studios)

The world had to wait a very long time, until 2009, before Disney presented its first Africa-American princess – Tiana in The Princess and the Frog. Her aspirations were rather different from the princesses that came before.

“Her dream isn’t to have her prince and rule her kingdom, her dream is to open a restaurant,” says Condis. But not everyone approved of Tiana. “I heard from a lot of people in the African American community that there were serious concerns about the fact that we had our first African American princess and she spent much of the time on screen hopping around as a frog,” adds Rebecca Hains.

But despite the emergence of more empowered Disney heroines, they often don’t get the same coverage as their traditional counterparts – particularly in Disney’s merchandise.

“If you look at the Disney’s line of products, like lunch boxes and t-shirts, you see Belle, Cinderella and Sleeping Beauty often standing together. Even though princesses like Pocahontas and Mulan are technically still part of the line they’re very rarely included in those type of products,” explains Condis.

Possibly the most modern princess princesses was Merida in 2012’s Brave, who stands apart from others because this animated princess film was the first to be co-directed and co-written by a woman. Merida is seen as part of a distinct lineage of Disney princesses.

“Merida from Brave, Anna and Elsa from Frozen, even Rapunzel from Tangled – they’re all spunkier, and they have ideals that don’t necessarily have to do with romance,” Rebecca Hains points out. 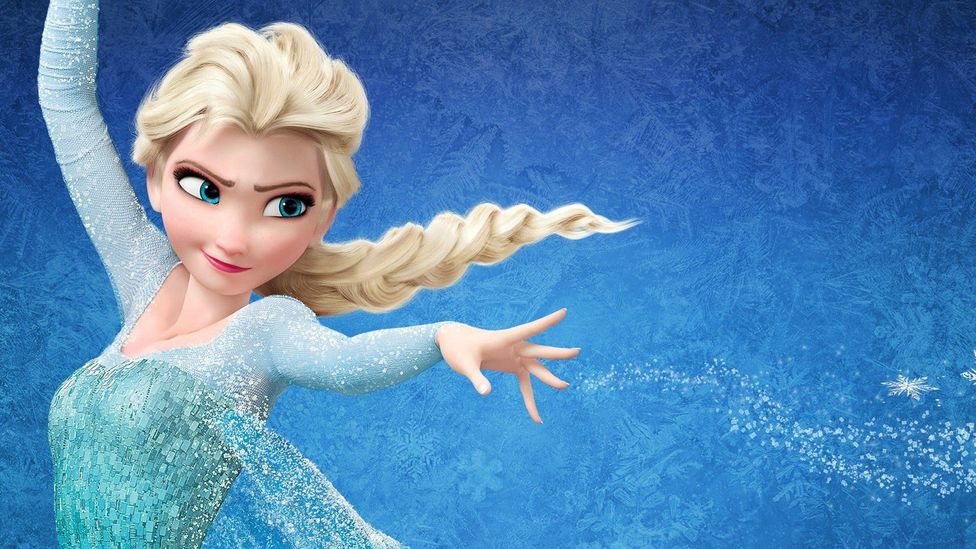 Some Disney fans have campaigned for Frozen’s Elsa to find a girlfriend in the film’s highly-anticipated sequel (Credit: Walt Disney Studios)

Frozen, the highest-grossing animated film of all time, was particularly noteworthy for the way it approached romantic love. Romance couldn’t be further from Elsa’s mind as she tries to control her supernatural powers, but Anna undergoes a significant change during the film. Romantic love starts out as her primary concern, but it’s the bond between her and her sister that drives the film forward, and eventually takes priority for her. In Frozen, the most important love is between sisters, and meeting prince charming is simply an added bonus.

Some have taken Elsa’s struggles with her identity and powers as representative of something else entirely, with many seeing parallels with teenagers and adults struggling to accept their sexuality. Could Elsa be Disney’s first lesbian princess? It’s the subject of a campaign that has been endorsed by Idina Menzel, who voices the character. Whether Disney intends to make the rumours a reality in the highly anticipated Frozen 2 remains to be seen, but if they do, it will undoubtedly cause controversy.

Conservative critics like Debbie Schlussel thinks Disney is straying too far from what is “wholesome and good” about the US. “Our society has broken down because Disney has reinforced feminism,” she added.

Moana could be seen as an emblem of our times – but what will Disney princesses be like in Trump’s America? (Credit: Walt Disney Studios)

Although Disney fans generally see progress with the studio’s princesses, they have to accept the characteristics of more recent heroines are influenced by outside forces. Princesses can’t become agents of change on their own. For instance, it would be incredibly difficult, if not impossible, for Disney to launch a transgender princess at this time. But that’s not to say that pressure to create all kinds of princesses isn’t there. In 2014 there was a campaign calling for a Disney princess with Down’s syndrome.

Moana and all the Disney princesses that have come before her reflect changing attitudes in the US towards race, gender and the treatment of minorities. Perhaps Disney intended Moana to be seen as an emblem of our times: a feisty woman who is a product of a multicultural America. But the film’s release comes just weeks after the election of Donald Trump, which many attribute to a backlash against the country’s changing demographics and the championing of liberal and progressive causes by the media. If his election signals a new era in the US, we could see the Disney princess develop in a different, but not entirely new, direction: away from the diversity of recent years and towards a more traditional heroine.