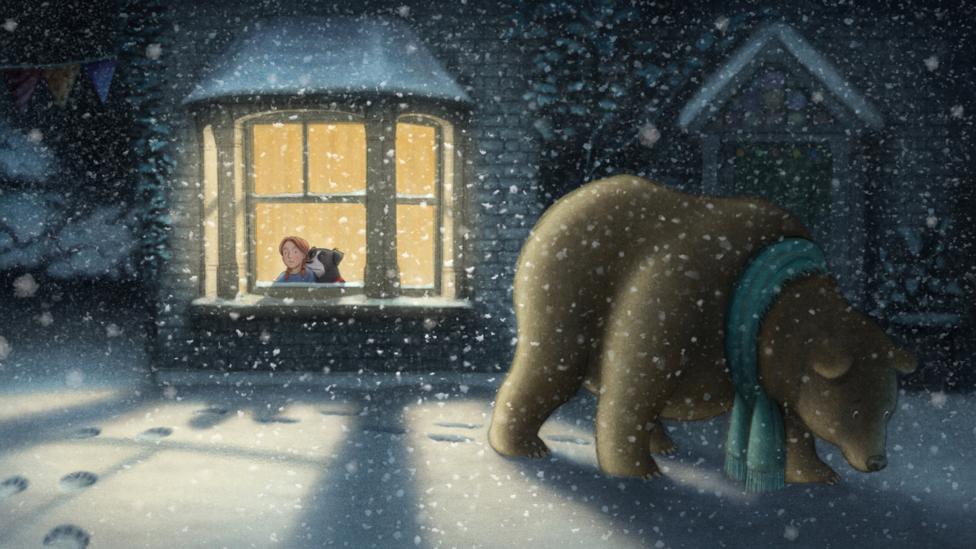 By Ben Dowell 2nd December 2016
From the return of Doctor Who to a True Detective-style thriller from France and several animations for the Christmas season, make time for these programmes, writes Ben Dowell. 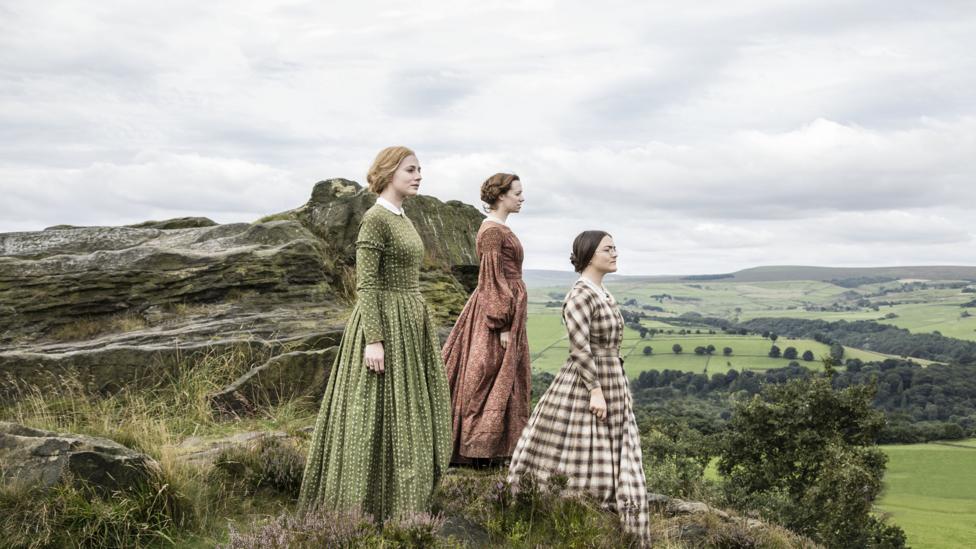 The story of the Brontës and their creative endeavours in their gloomy parsonage on the Yorkshire Moors has fascinated many over the years. And the BBC is bringing the story to life in this new two-hour film written and directed by scribe-of the moment Sally Wainwright (of Happy Valley fame). Jonathan Pryce (Wolf Hall, Game of Thrones) plays paterfamilias Patrick with Wuthering Heights author Emily played by Chloe Pirrie, Charlotte by Finn Atkins, and Charlie Murphy portraying the slightly more level-headed younger sister Anne. Alcoholic brother Branwell, whose destructive behaviour threatened to destroy his family, will be played by Adam Nagaitis. Premieres 29 December on BBC1. (Credit: BBC) 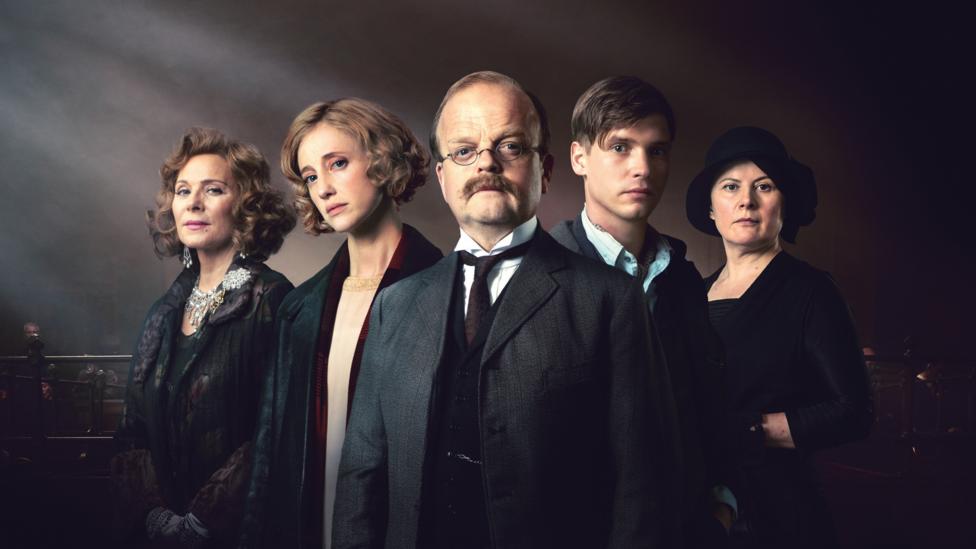 This is based on an Agatha Christie short story (just 23 pages) that was written in 1925. It has already been turned into a successful stage play and a much-loved film directed by Billy Wilder, but there is still much excitement for this new production not least because of the stellar cast. Sex and the City star Kim Cattrall plays the part of the murder victim – glamorous and rich Emily French – in the 1920s courtroom-set drama. The story focuses on Leonard Vole – a chancer who has inherited the victim’s fortune – and his partner, the enigmatic chorus girl Romaine (played by Andrea Riseborough, the British star of dramas such as the Oscar-winning film Birdman and Netflix’s Bloodline). Tasked with representing Leonard in court is his solicitor John Mayhew (Toby Jones) and King’s Counsel, Sir Charles Carter KC (David Haig). Word is that this is even better than the Beeb’s brilliant Agatha Christie drama from Christmas last year, And Then There Were None. Both have been scripted by the writer Sarah Phelps. Premieres 26 December on BBC1. (Credit: BBC) 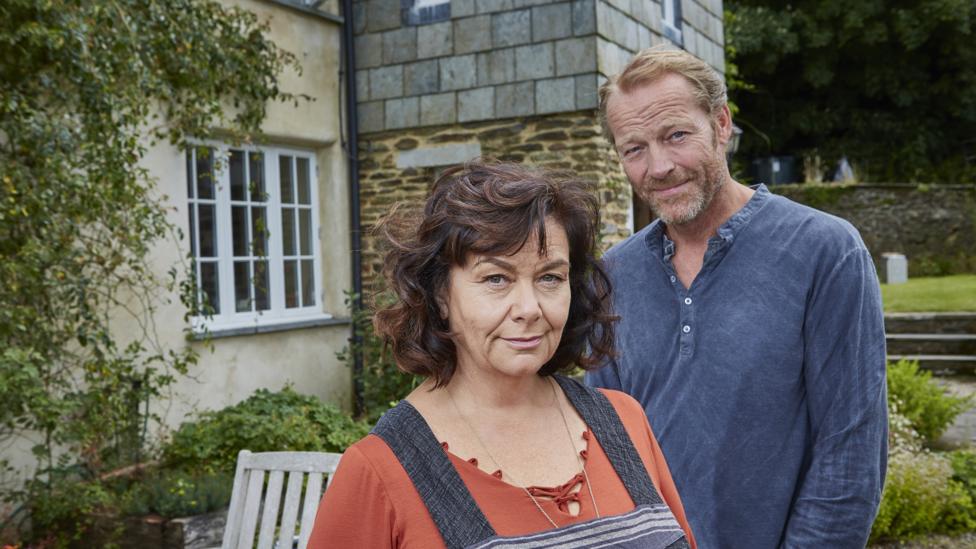 An intriguing relationship drama with a twist, the focus is on Celebrity chef Leo (Games of Thrones star Ian Glen) who has a beautiful wife Sam (Emilia Fox) and a thriving hotel business where he indulges his passion for cooking. But he’s having an affair with his first wife Gina (Dawn French), an inspired cook herself who taught him his best recipes. Set in Cornwall, the home of smash hit BBC1 drama Poldark, this is tautly written – and looks ravishing. Premieres 30 December on Sky 1. (Credit: Sky TV)

Channel 4 has caught a big one with its animated version of Michael Rosen’s much-loved story – the one with the refrain familiar to many children: “We're going on a bear hunt. We're going to catch a big one. What a beautiful day! We're not scared.” The animation is believed to have nabbed the much-vaunted cover of the Christmas Radio Times and sees Broadchurch star Olivia Colman play the mum in the story of a family’s adventure in search of a bear. The narrative has been expanded as a story of loss and resilience (a new twist sees the children grieving their late grandfather), which could prove controversial. Premieres 24 December on Channel 4. (Credit: Channel 4) 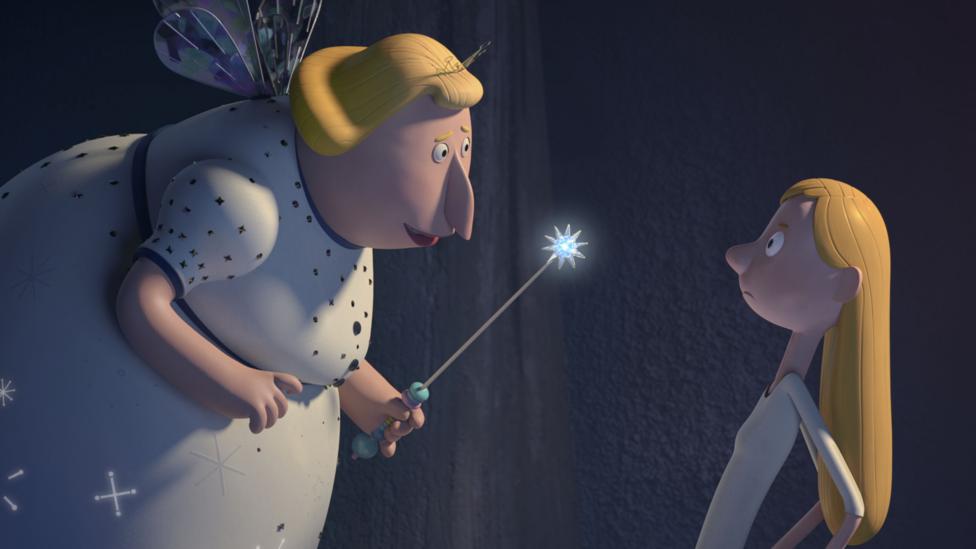 Another Christmas animation, this time the BBC has weaved together a yarn from Roald Dahl’s alternative book of fairy tale poems, Revolting Rhymes. The collection of six rhymes, which retell classic stories with different twists and endings, were written by Dahl in 1982, but the BBC has put a modern spin on them as two half-hour films. Features a sharp voice cast, including David Walliams and Rob Brydon, with Gemma Chan voicing Snow White, Dominic West playing the Wolf and Rose Leslie bringing to life Red Riding Hood. Premieres 26 December on BBC1. (Credit: BBC) 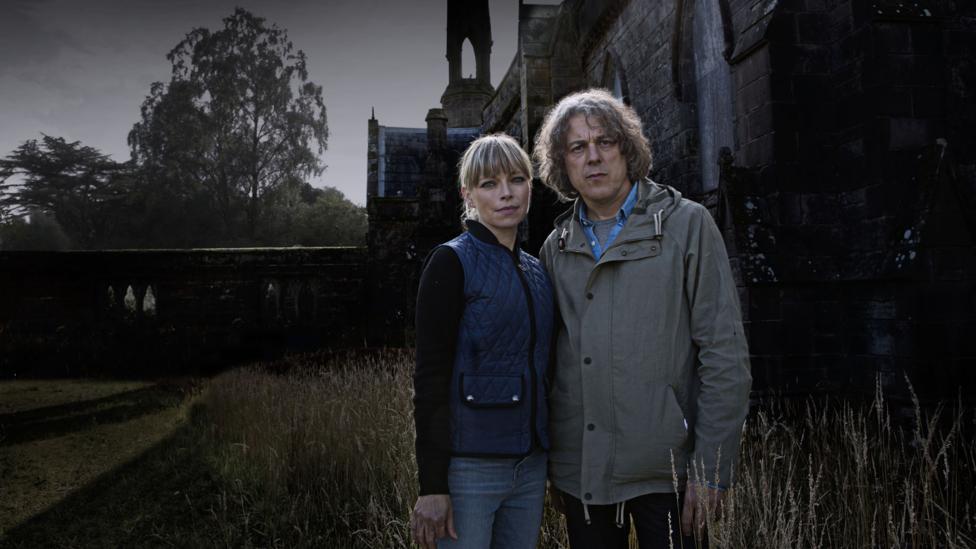 Alan Davies’ sleuth has enjoyed nearly 20 years on the box as the master of the locked-room mystery. He’s been off air for a while – which explains the excitement surrounding this 90-minute special alongside a glittering cast including Warwick Davis (Star Wars, Life’s Too Short), Emun Elliott (The Paradise, Game Of Thrones), Ken Bones (Dr Who, Atlantis) and Rosalind March (Calendar Girls, The Evermoor Chronicles). The story centres on a 19th Century sorcerer named Jacob Surtees who summoned the powers of Hell to terrorise and subjugate his victims at his home, Daemons’ Roost. One hundred and fifty years after his death the house is occupied by another, equally macabre, figure: veteran horror film director Nathan Clore. With his health now failing, Clore has summoned home his step-daughter Alison, to share with her the chilling truth of what happened to her family there. Premieres 28 December on BBC1. (Credit: BBC) 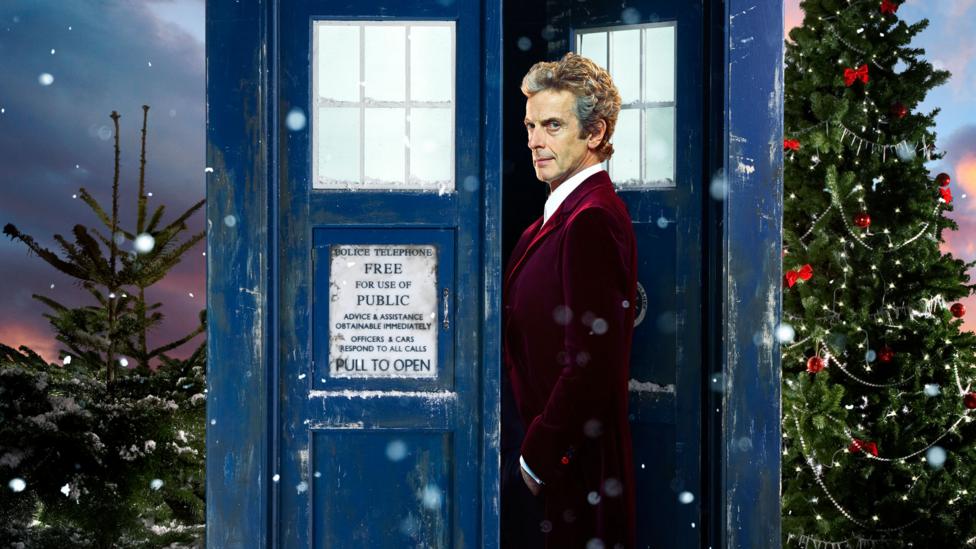 Doctor Who fans have had to wait for more helpings of the sci-fi classic, but it returns to BBC1 on Christmas Day, a full 365 days since Peter Capaldi last stepped through the blue doors of the Tardis. The new Christmas adventure, The Return of Doctor Mysterio, has a superhero twist and sees the Doctor team up with a super-powered vigilante called The Ghost (Justin Chatwin) and a journalist (Charity Wakefield) to save New York City from alien attack. This may be the last Christmas special for showrunner Steven Moffat before he hands over the sonic screwdriver to Broadchurch writer Chris Chibnall for more adventures in time and space. But Moffat does have the small matter of a farewell series in April before that. Premieres 25 December on BBC1. (Credit: BBC) 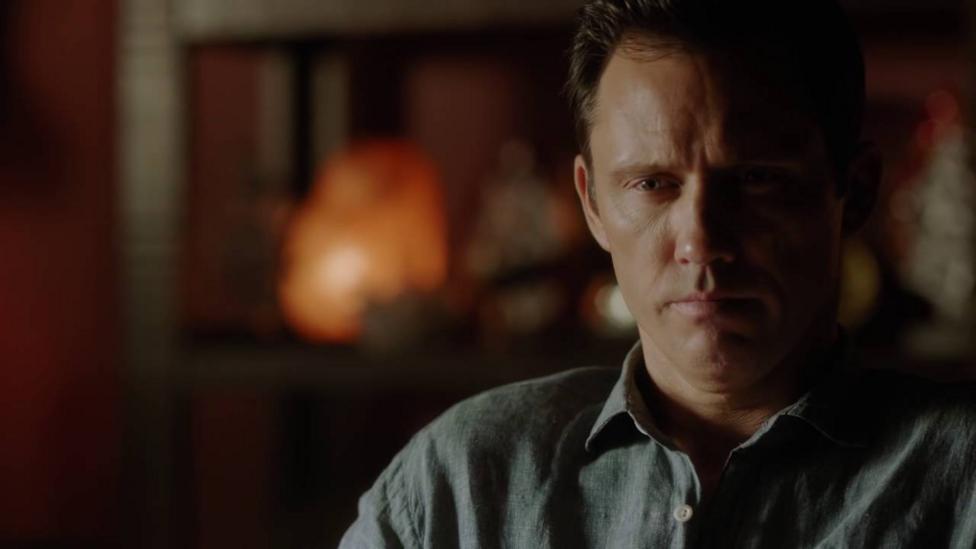 A stylish 10-part thriller set in the world of storefront psychics and the organized crime syndicate that runs the trade, this has Breaking Bad producers Mark Johnson and Melissa Bernstein behind it. Jeffrey Donovan plays a con artist psychic – who suddenly discovers he may actually have the powers he has feigned. A ‘shut eye’ is a magician who starts to believe his tricks and the line between reality and fraudulent lies are increasingly blurred, especially when various people come to try and kill him. Kadee Strickland, Isabella Rossellini, David Zayas and Emmanuelle Chriqui co-star. Premieres 7 December on Hulu. (Credit: Hulu) 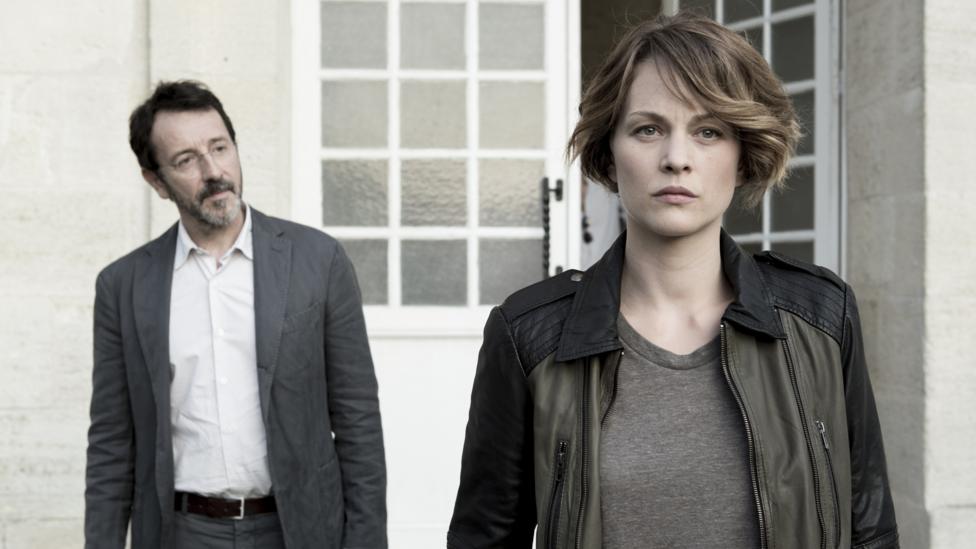 This French True Detective-style thriller is set among the vineyards of Bordeaux and sees a detective and a psychiatrist team up to solve the crimes of a sadistic killer who has been staging his murders like stories from Greek mythology. Starring Raphaëlle Agogué and Jean-Hugues Anglade, the eagerly awaited series is produced by Luc Besson and based on the novels by best-selling novel by Jean-Christophe Grangé. Premieres worldwide 2 December on Walter Presents. (Credit: All 4/Walter Presents) 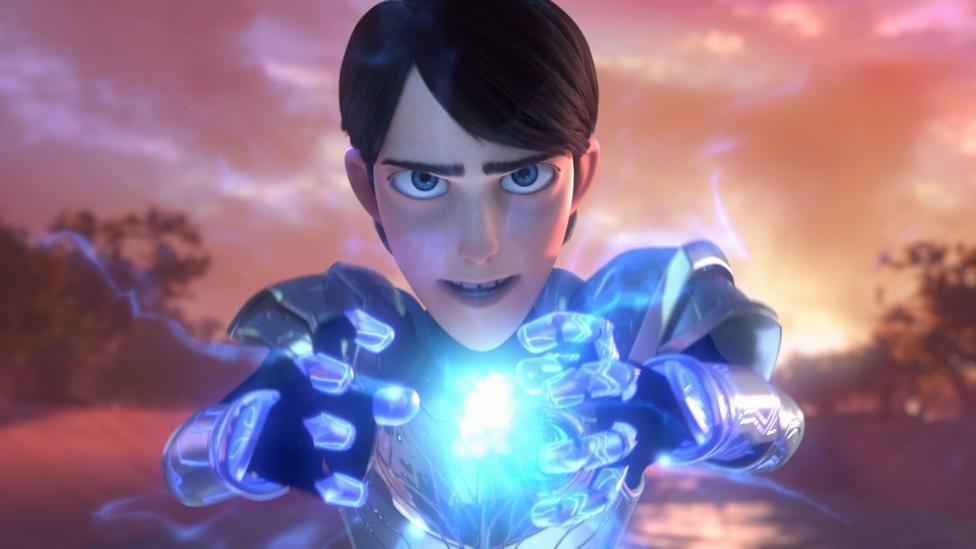 Mexican film director, screenwriter, producer and novelist Guillermo del Toro directs this playful Mexican/US co-production for Dreamworks that allows us to hear one of the final performances of Star Trek actor Anton Yelchin who died in June. The story focuses on the chosen Trollhunter ‘master Jim’, a 15-year-old teenager, voiced by Yelchin, who has stumbled upon a Magical Amulet that gave him the title of Trollhunter, protecting both the human and troll worlds from the baddies. A witty script that plays with the tropes of such fantasy stories sets this part from the crowd, as does the impressive list of voice actors – Kelsey Grammer, Ron Perlman, and Steven Yeun among them. Premieres 23 December on Netflix. (Credit: Netflix)