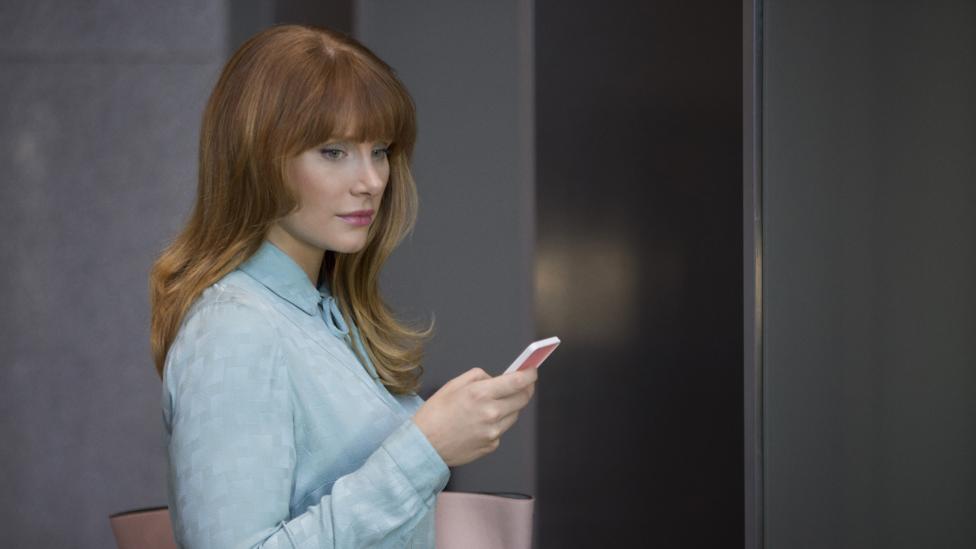 By Keith Uhlich 23rd December 2016
From the sexy story of a call girl to the latest adventures in Westeros and a documentary about OJ Simpson, these topped the year, writes critic Keith Uhlich. 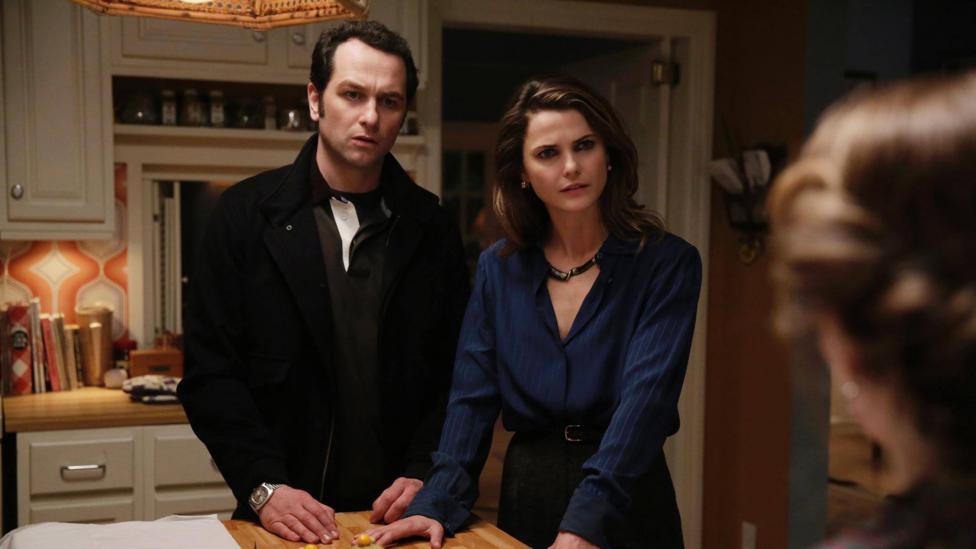 Four seasons in, the 1980s-set family drama and spy thriller is still a marvel of slow-burn brilliance. The story of Soviet sleeper agents Elizabeth and Philip Jennings (Keri Russell and Matthew Rhys) continues to unfold at a tantalizingly leisurely pace, though there was more dramatic incident this year than most. Annet Mahendru's alternately tough and fragile Russian double agent Nina Krilova and Richard Thomas's square-jawed FBI man Frank Gaad were both shockingly dispatched, while Philip's second wife/undercover operative Martha Hanson (Alison Wright) was finally forced to leave her home country after her long-term, often unwitting deceptions were discovered. Meanwhile, the Rhys-directed installment The Magic of David Copperfield V: The Statue of Liberty Disappears and its follow-up The Day After (directed by Daniel Sackheim) were among the series' finest episodes. The latter installment's near-silent centrepiece – in which all of the primary characters watch the premiere of the titular 1983 nuclear holocaust TV movie – was especially chilling. (Credit: FX) 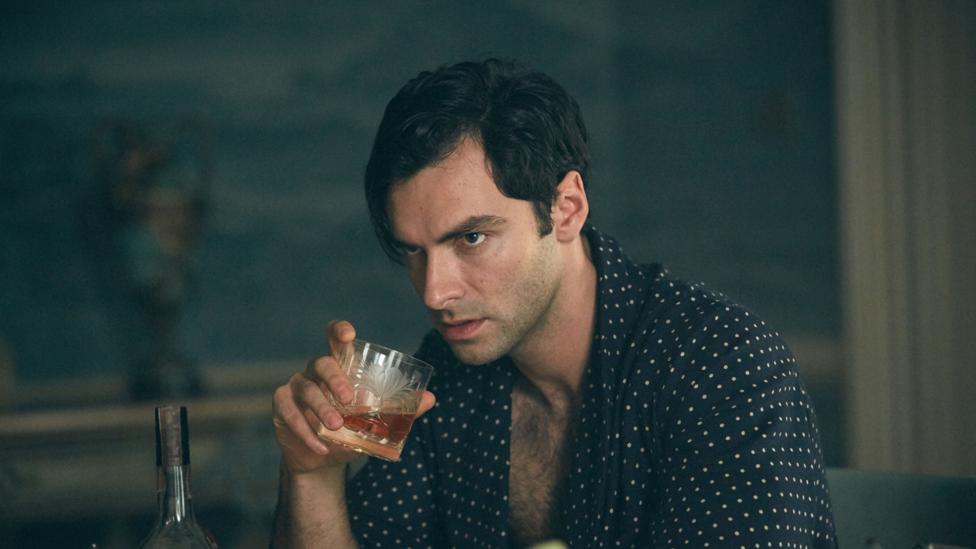 There's nothing quite like a good murder mystery, as proven by this all-star adaptation of Agatha Christie's merciless 1939 novel. The setup is simple: a group of strangers are invited to a remote island mansion where they are systematically killed off in ways related to a countdown nursery rhyme titled Ten Little Soldier Boys. With the clock ticking, those who are still alive attempt to figure out why they're being targeted. But there's little enlightenment in finding out whodunit. This is the bleakest of bleak stories, very much in keeping with the times (the years leading into the worst parts of World War Two) in which Christie wrote the tale. Every member of the cast – old stalwarts like Charles Dance, Miranda Richardson and Sam Neill; fresh faces like Maeve Dermody, Aidan Turner and Douglas Booth – is keyed in to the overall sense of hopelessness, which perversely helps to make this consciously nihilistic production a giddy, exhilarating watch. (Credit: BBC) 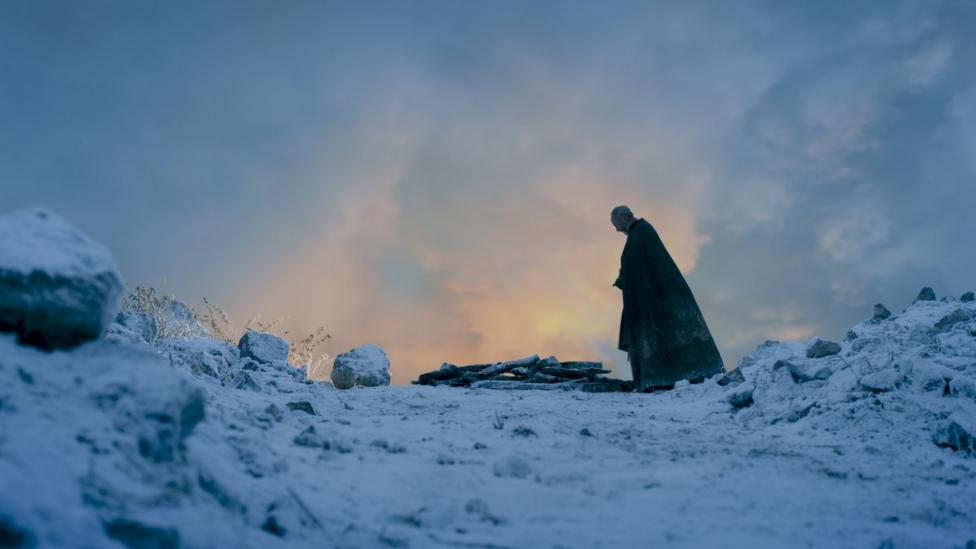 The end is in sight for HBO's sword-and-sorcery epic; only two more shortened seasons of this long-running adaptation of George RR Martin's popular series of fantasy novels remain. Season six felt, in many ways, like a cresting and then initial crashing of the wave, satisfyingly tying up certain plot threads (such as the paternity of Kit Harrington's bastard warrior Jon Snow) while offering up the kind of vividly violent spectacle at which the show excels. The battle sequence in the season's penultimate episode, The Battle of the Bastards, was some kind of apotheosis, as was the explosive season finale The Winds of Winter, in which Jonathan Pryce's hissable High Sparrow (and many others besides) were dispatched by Lena Headey's deliciously nefarious Cersei Lannister. Also: Hodor! God rest your sweet soul. (Credit: HBO) 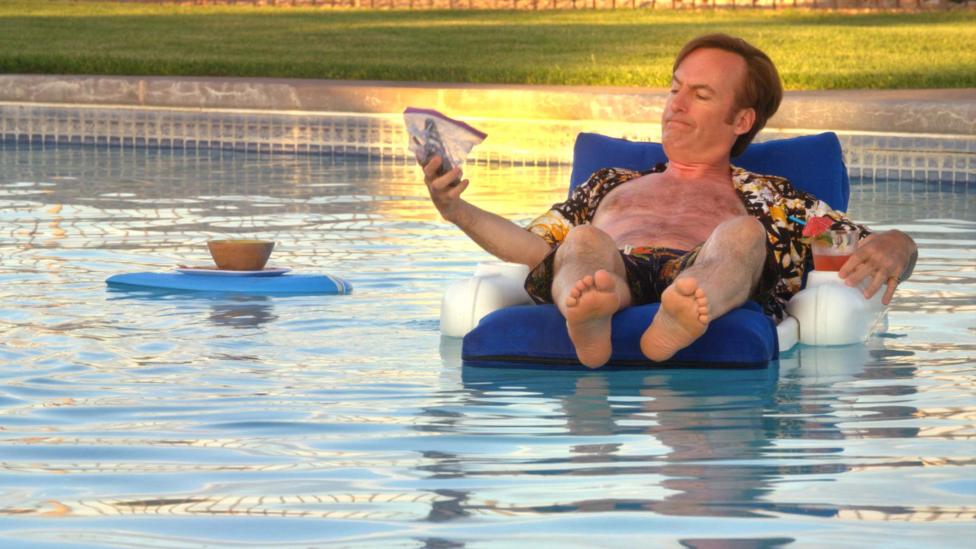 Another great slow-burn series, creators Vince Gilligan and Peter Gould's prequel to the incomparable meth-making melodrama Breaking Bad (2008-2013) continued to sow its own unique ground in its second season. Knowing that ne'er-do-well lawyer Jimmy McGill (Bob Odenkirk) will one day become morals-free ambulance chaser Saul Goodman lends a bracing acidity to both the show's comedy and to its many tender asides. Jimmy's relationships with both his shut-in brother Chuck (Michael McKean) and colleague/love interest Kim Wexler (Rhea Seehorn) are so lived-in and complex that the knowledge they are destined to splinter makes every twist of plot sting that much more. It's as if we can see and feel the screws tightening, the destructive end getting ever closer. Of course, there are still plenty of side-splitting showcases for Odenkirk's way with words. And Jonathan Banks, as similarly doomed cop-turned-fixer Mike Ehrmantraut, makes for a superbly stoical second. (Credit: AMC) 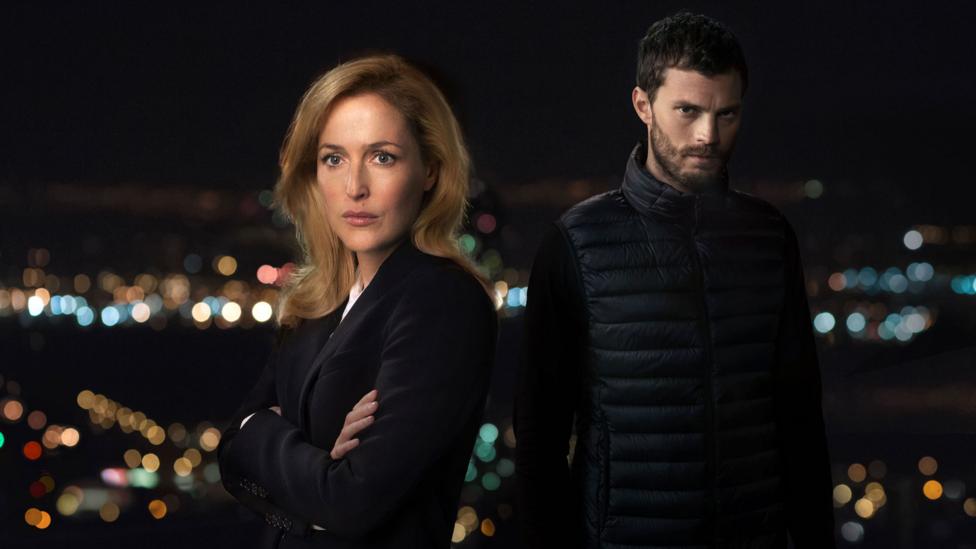 Creator Allan Cubitt's showdown between a policewoman and serial-killer finally arrived, with a six-episode third season that embraced as many fantastical elements as realistic ones. The first episode's blow-by-blow portrayal of the medical procedures used to save the life of murderer Paul Spector (Jamie Dornan) had a Michael Mann-like dedication to process. We seemingly bore witness to every scalpel cut and stitch sew. But the main twist – that Spector was possibly afflicted with amnesia and had completely forgotten his crimes – played like pure fantasia. That it still worked like gangbusters is a credit to writer-director Cubitt's pensive aesthetic (every scene feels like it's trapped between two worlds); to Dornan's alluring fashion-model inscrutability; and, of course, to lead actress Gillian Anderson's mesmeric magnetism. As Detective Inspector Stella Gibson, Anderson continued to plumb the depths of a damaged, determined woman navigating a male-dominated world with power of both mind and body. She made this captivatingly strange series into something very special indeed. (Credit: BBC) 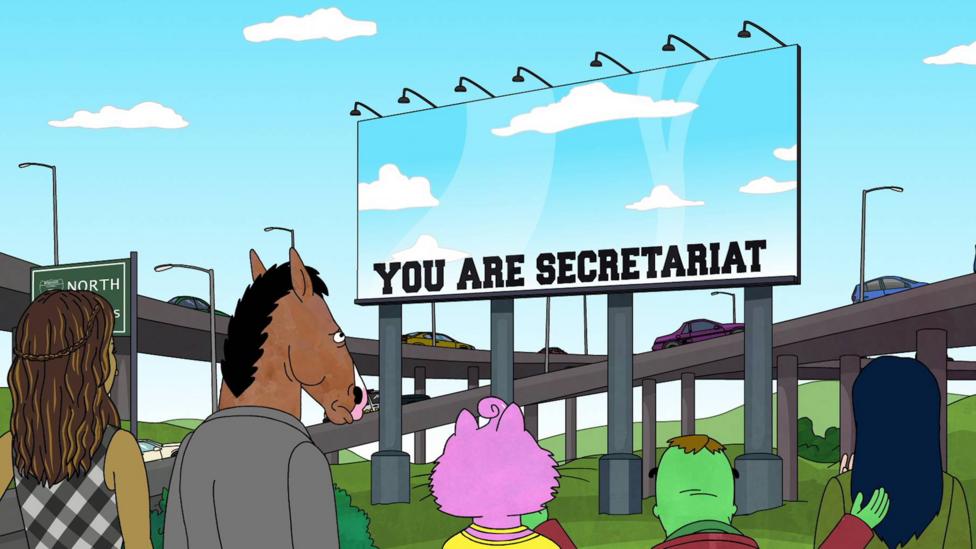 Everyone's favourite depressive anthropomorphic equine returned for another killer Netflix season. The overarching arc – BoJack (voiced brilliantly as ever by Will Arnett) goes trolling for awards in anticipation of the release of his Secretariat biopic – allows for some appreciatively incisive skewering of Los Angelean culture. But the series was equally as strong in its many oddball tangents: to New York City where BoJack reconnects with a pretentious downtown theatre acquaintance (her latest production: a puppet show Shakespeare adaptation of King Lear, starring a marionette Greg Kinnear). To the distant past of 2007, where characters reference Uggs and Panic! at the Disco. And, perhaps best of all, to an underwater metropolis where BoJack is forced to communicate only in pantomime, and in the process learns life lessons that are quickly forgotten. Of course, it wouldn't be BoJack Horseman without a healthy dose of tragedy; the final two episodes, which bring our self-destructive lead character's relationship with his former costar-turned-drug-addled pop diva Sarah Lynn (Kristen Schall) to a head, are all-timers of devastation. (Credit: Netflix)

What would Charlie Brooker's cult British anthology series, which many have compared in its paranoia-stoking prescience to The Twilight Zone, look like after making the jump to Netflix? Answer: a few bigger faces, a bit of a bump in budget, but still more of the wonderfully eerie same. There's no full-on dud in these six new episodes; even lesser efforts like the gamer satire Playtest and the dour Starship Troopers-esque battle royale Men Against Fire have their grand moments. But it's all-cylinders-firing episodes like the bleak Shut Up and Dance, in which an introvert teen has his Internet peccadilloes horrifyingly turned against him, or the glorious San Junipero, a seemingly '80s-set Sapphic romance that plays out in a bittersweet way, when Black Mirror shows just how ahead of the pack it is in the speculative science fiction genre. Kudos, too, to Bryce Dallas Howard's slow-descent freakout in the social-media-parodying Nosedive, the transcendently expletive-laden finale of which is probably the best thing ever directed by Atonement director Joe Wright. (Credit: Netflix) 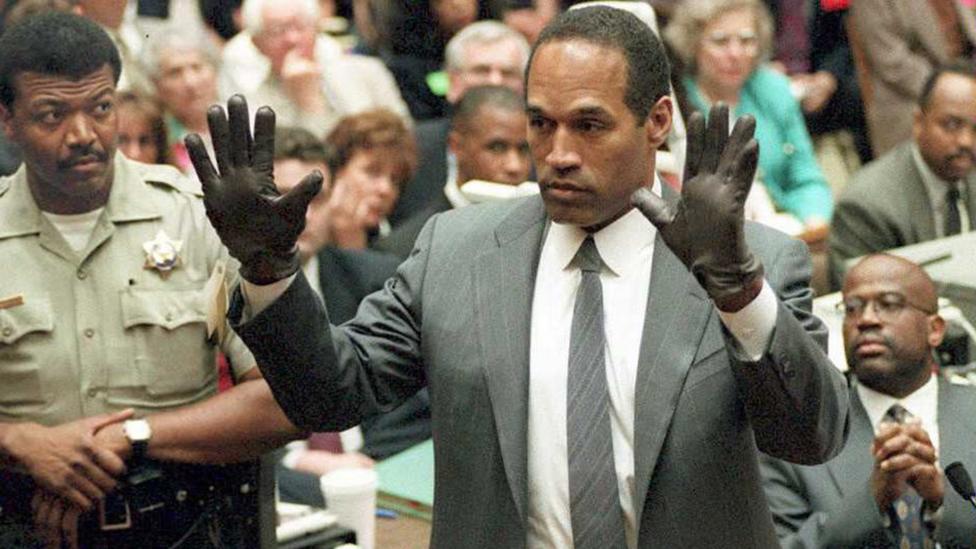 Somehow 2016 was, yet again, the year of OJ Simpson, and if you lived through the endless 1994-1995 murder trial of the former football all-star, you might be forgiven for wondering what there could possibly be left to say about him. The Ryan Murphy-produced FX miniseries American Crime Story: The People v OJ Simpson didn't offer much edification; it was Madame Tussaud's waxworks first and foremost, its exploration of race and social status an afterthought amid all the soapy dramatics. But Ezra Edelman's five-part, near-eight hour documentary about the case, and of OJ's place in America generally, was masterful. It's a precise, scathing, empathetic and devastating examination of an icon forged in an America as ready to tear him down as to lift him up. This is a multifaceted portrait of a man, yes, but also of a country consumed by its delusions of grandeur, by its entrenched hatred of the poor and the darker-skinned, and by its primal need to forever blur the lines separating information and entertainment. (Credit: ESPN) 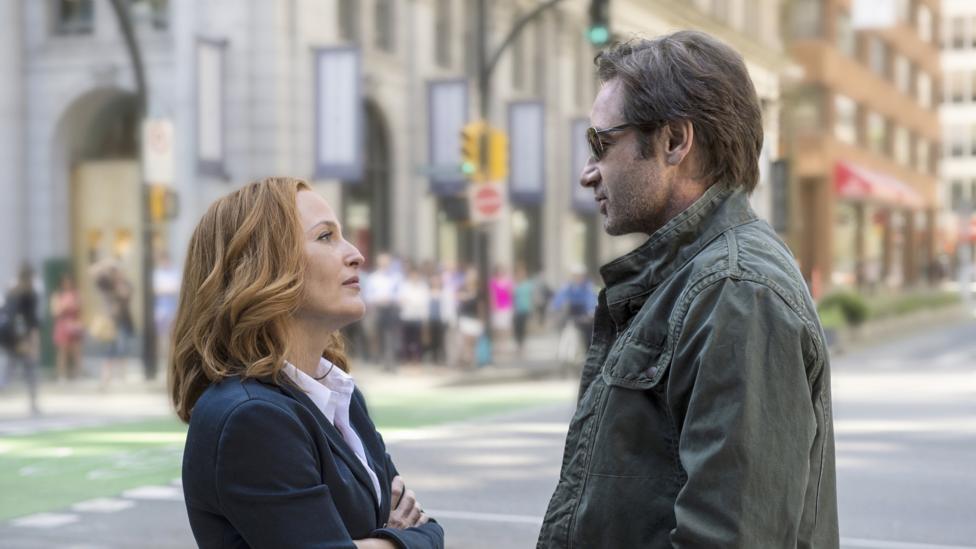 The greatest sin of the six-episode return of the iconic science fiction series The X-Files (1993-2002) is that it dared to be its idiosyncratic self. Few other television shows seem to alter their DNA week-to-week, in accordance with whoever is behind the camera. The golden-years team of creator Chris Carter, and fellow writer-directors Glen Morgan, Darin Morgan and James Wong brought their unique stamps to this batch of episodes, which catch up with alien-investigating FBI agents Fox Mulder (David Duchovny) and Dana Scully (Gillian Anderson) in middle-age. The murky conspiracies have changed, but the duo's drive to give coherence to the paranormally incoherent, as well as to work through their not-so-platonic feelings for each other, remains the same. Darin Morgan's existential man-lizard satire Mulder and Scully Meet the Were-Monster is an expected high point. But that shouldn't exclude Wong, Glen Morgan or Carter's efforts (not even Carter's defiantly strange and screwball global terrorism tale Babylon), each of them narratively unique and stylistically provocative stories of monsters imagined and real. (Credit: Fox) 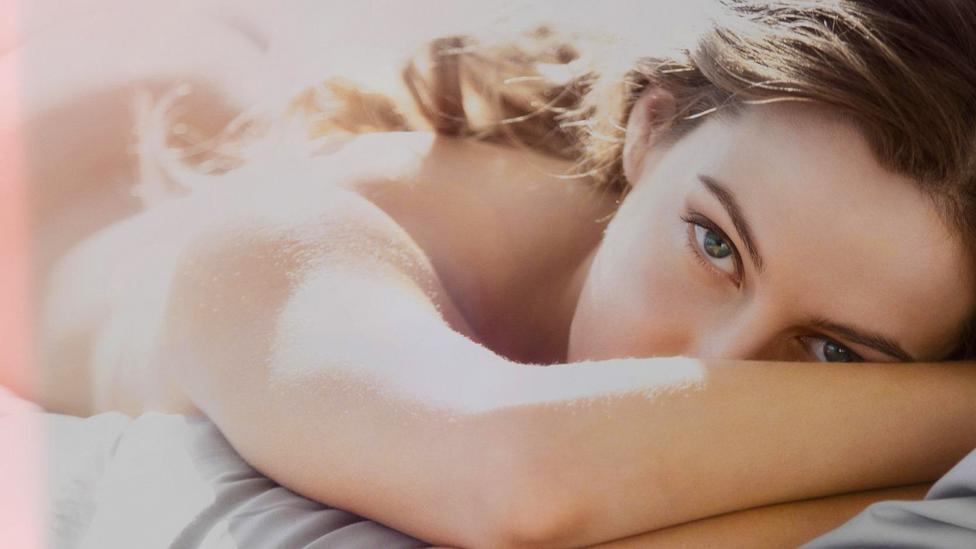 The best series of the year brilliantly expands Steven Soderbergh's minor 2009 film about a New York call girl into a compellingly chilly 13 episodes, running just a shade under six hours in total. Co-writer-directors Lodge Kerrigan and Amy Seimetz use that time to fill in many incidental details about their heroine, law student Christine Reade (Riley Keough), that only increase her mysteriousness. We're basically watching a spiritual prequel to Luis Buñuel's great surrealist sex melodrama Belle de Jour (1967), set among the sterile offices and hotel rooms of the big city corporate elite. Christine is at first an interloper and eventually a master of these domains, and Keough strikes just the right balance between innocence and impenetrability, so that it's never entirely clear when Christine is being exploited by the men who hire and use her, or when she's in complete control, manipulating men and women for self-centered, perhaps self-actualising gain. This is a tonally and thematically complex work (a high water mark for all involved), which builds to an astonishing climax that captures the simultaneous elation and loneliness of unbridled sexuality. (Credit: Starz)