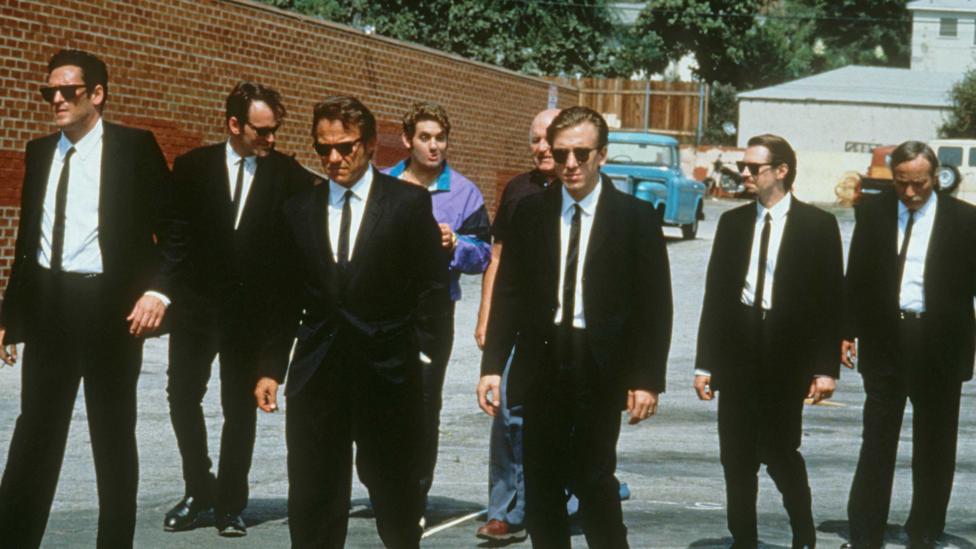 By Nicholas Barber 18th January 2017
Quentin Tarantino’s debut is remembered for its style, its soundtrack, and most of all, its graphic violence. Looking back 25 years on, Nicholas Barber takes a fresh look.
W

When Reservoir Dogs premiered 25 years ago, audiences at the Sundance Film Festival saw a low-budget indie movie about some men arguing in a warehouse, with no big stars and an unknown writer-director. And yet Quentin Tarantino’s bravura debut had the impact of a zillion-dollar blockbuster. Film fans everywhere were soon debating its back-and-forth chronology, its zinging banter, its ultra-cool 1970s soundtrack, and, most of all, its supposedly excessive violence. After Wes Craven, the director of A Nightmare on Elm Street, walked out of one festival screening in disgust, Reservoir Dogs became a byword for cinematic gore.

“Strong violence is Tarantino’s passion,” wrote Kenneth Turan in the Los Angeles Times, “and he embraces it with gleeful, almost religious, fervor. An energetic macho stunt, Reservoir Dogs glories in its excesses of blood and profanity, delighting, in classic Grand Guignol fashion, in going as far over the top as the man’s imagination will take it.” 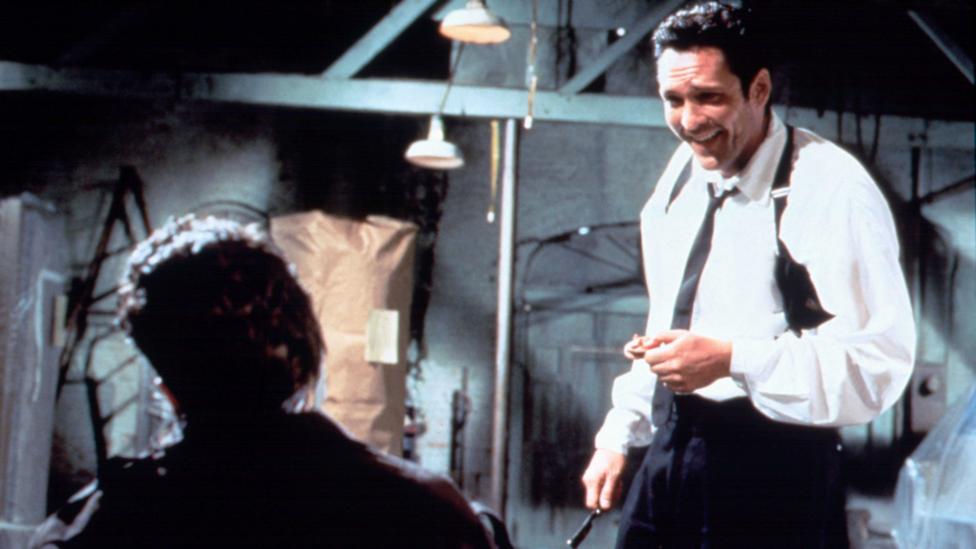 This response isn’t entirely unjustified. After a quarter of a century, it’s still chilling to see the psychopathic Mr Blonde (Michael Madsen) slashing a policeman’s face and severing his ear, shimmying all the while to Stealers Wheel’s Stuck in the Middle with You. But, minute by minute, Reservoir Dogs is hardly a violent film: it has a lot more talking than ear-lopping. Nor is the violence particularly explicit.

As Tarantino said to Rolling Stone magazine, “Go to a video store and nine out of 10 films in the action-adventure section are more graphic than mine.” When Mr Blonde gives the unfortunate policeman the Vincent van Gogh treatment, for instance, the camera tilts away, leaving the viewer to swear that they’ve seen a razor blade hacking through flesh even though – as with Psycho three decades earlier – the butchery is all in their own imagination.

Reservoir Dogs isn’t just more restrained than a standard Hollywood thriller, though. It’s also far more moral. Whereas most hold-up capers let their protagonists get away with murder, this is one in which crime doesn’t pay, violence doesn’t solve nothing, and the cockiest crooks are revealed to be cowardly bunglers. It even insists that anyone who kills someone should end up being killed themselves. There are Sunday school sermons that are more ambiguous about the wages of sin. 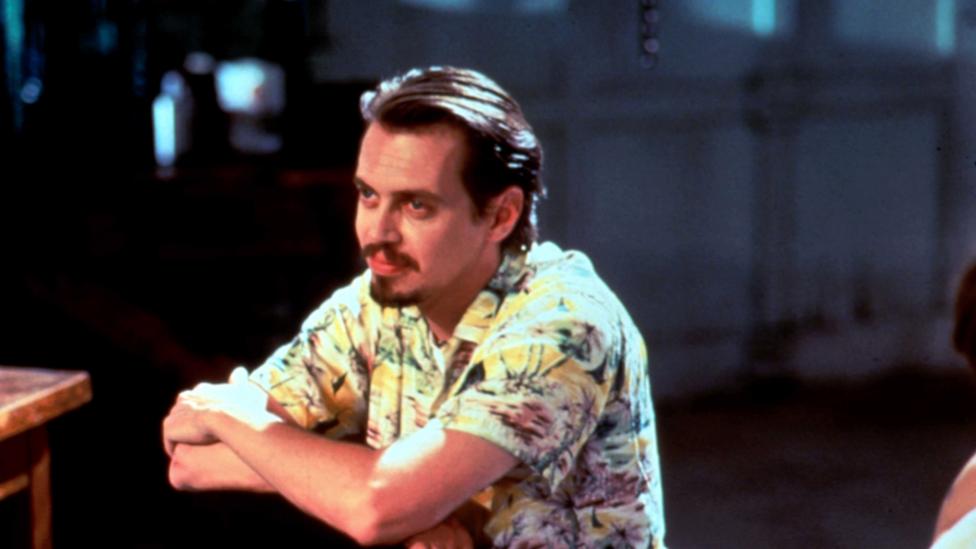 The whiny and weaselly Mr Pink (Steve Buscemi) turns out to be the most competent of the group (Credit: Moviestore Collection Ltd / Alamy Stock Photo)

The film’s high-mindedness is apparent in its opening scenes. First, we see a group of sharp-suited career criminals sitting around a diner table and chatting about everything except the diamond robbery they’re planning to commit: an old address book; the etiquette of tipping; the meaning of Madonna’s Like a Virgin. After seven minutes of this repartee, we see the criminals strolling in slow-motion through the Los Angeles sunshine, while The George Baker Selection’s finger-clicking Little Green Bag sets the mood. With an iconic sequence that has inspired the dress code of a million stag nights, Tarantino persuades us that we’re about to see a heist being pulled off to perfection by the coolest dudes since the Rat Pack starred in Ocean’s Eleven.

But it’s all a trick. Even before Little Green Bag has finished, we start to hear agonised gasps and whimpers, and the next thing we see is a terrified Mr Orange (Tim Roth) bleeding all over the back seat of a car driven by his panicky colleague, Mr White (Harvey Keitel). Tarantino doesn’t glamourise his anti-heroes’ profession by showing them swaggering in and out of the jewellery store they’re sticking-up; he only shows us the messy, painful and humiliating aftermath of their botched job. Black suits and snappy dialogue notwithstanding, Reservoir Dogs wastes no time in establishing that its characters are losers, one and all. The rest of the film bears this out. 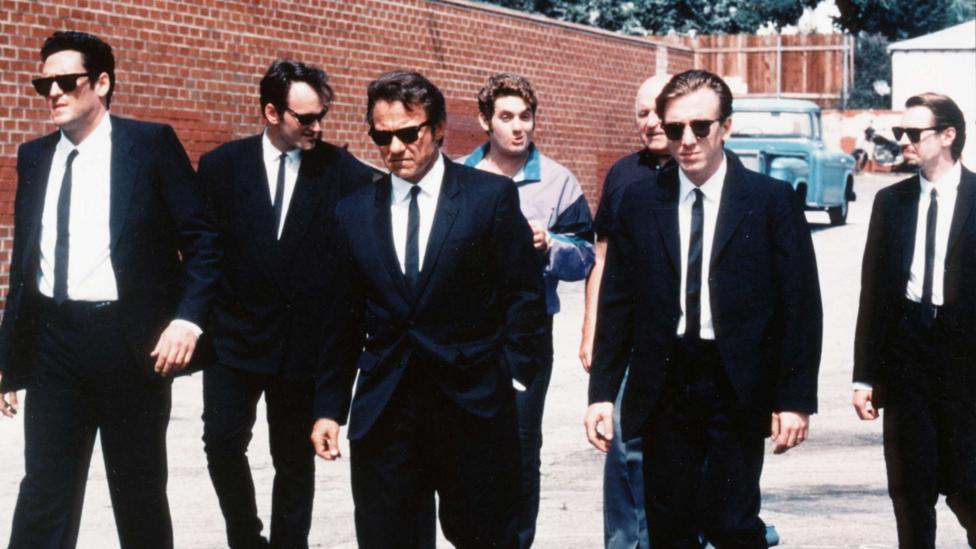 The laidback Mr Blonde is so unstable that he goes on a rampage at the first sign of trouble. The intrepid Mr Orange mewls about how scared he is after being shot in the stomach. Mr White, a supposedly hardened veteran, is so easily fooled by an undercover cop that he tells him his name and his home city. The film’s wittiest inversion is that the whiny, weaselly and altogether Steve Buscemi-ish Mr Pink (Steve Buscemi) turns out to be the most competent of the lot. He is the one who keeps hold of a bag of diamonds, who realises that one of his colleagues must be working with the police, and who breaks up a fight between Messrs White and Blonde. “What, are we in the playground here?” he demands, the answer being, yes, that’s exactly where they are. With their silly code-names and matching outfits, their puerile insults and their giggly wrestling matches, the Reservoir Dogs are nothing but big kids.

For better or worse, one of the most influential aspects of the film is the way its characters wax lyrical about their favourite films, TV shows and songs. You’re never more than a minute away from a crack about Lee Marvin, Pam Grier or the Fantastic Four - and even the grizzled Mr Blue (Eddie Bunker) has an opinion about Madonna. But while Tarantino’s many imitators resort to pop-cultural chit-chat because they can’t think of anything else for their characters to talk about, Tarantino uses it for a reason: to remind us that we are watching a bunch of arrested adolescents. That could be why Reservoir Dogs is so cherished by nerdy music-and-movie obsessives (me included). It isn’t really a film about cops and robbers. It’s really a film about geeks. 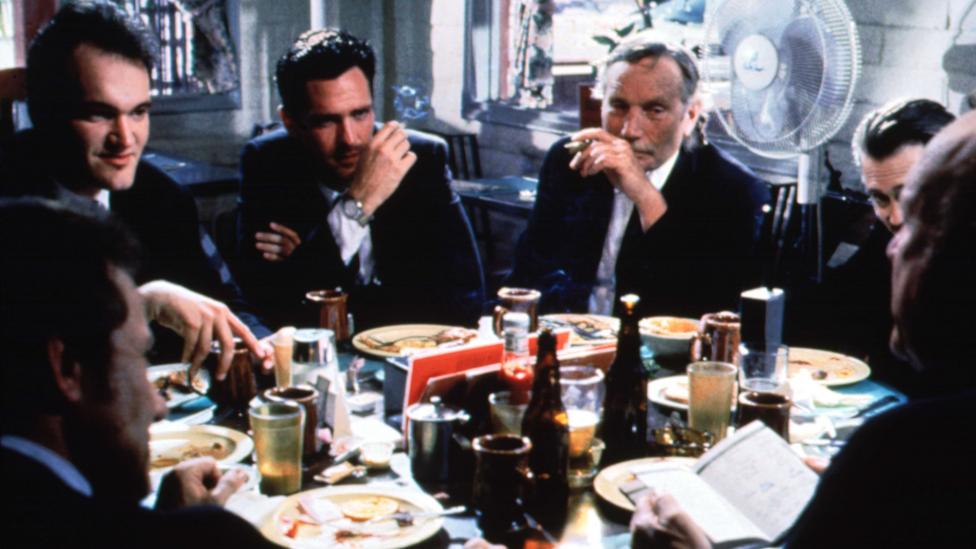 More specifically, it’s a film about male geeks. Tarantino would go onto write substantial roles for Uma Thurman in Pulp Fiction and Kill Bill, and for Pam Grier in Jackie Brown, but in Reservoir Dogs there isn’t a single line of dialogue spoken by a woman. And whenever women are mentioned - as in a sniggering anecdote about a waitress who glued her abusive husband’s penis to his stomach - it sounds like the misogynistic locker-room gossip of boys who have never plucked up the courage to speak to a real live girl. It’s true that Mr White reminisces about a female associate called Alabama (presumably the Alabama played by Patricia Arquette in the Tarantino-scripted True Romance), but he claims that their partnership couldn’t last: “You push that woman-man thing too long and it gets to you after a while.” That sums it up. The characters like to view themselves as fearless gangsters. But at heart they are teenagers stuck in their parents’ basements. None of them is mature enough to handle “that woman-man thing”.

Perhaps that’s why Tarantino chose to open the film with his riff on Madonna’s Like a Virgin; the men around the diner table – juvenile, volatile, afraid of women – might as well be hormonal virgins themselves. And perhaps that’s why, when Mr Orange recites a story about his stint as a drug dealer, his main complaint is that people kept ringing him while he was trying to watch The Lost Boys. Consciously or not, Tarantino may have chosen this title because that is what the characters are. His Reservoir Dogs aren’t goodfellas or wise guys, but boys who never grew up.

Play it Again
1This 1976 film predicted the future
Play it Again
2The most successful bad film ever?
Film
3Why Blue Velvet was ahead of its time
Around the BBC