Loading
Film | Film Reviews
Film review: Call Me By Your Name will make you swoon
Share using EmailShare on TwitterShare on FacebookShare on LinkedinShare on Whatsapp 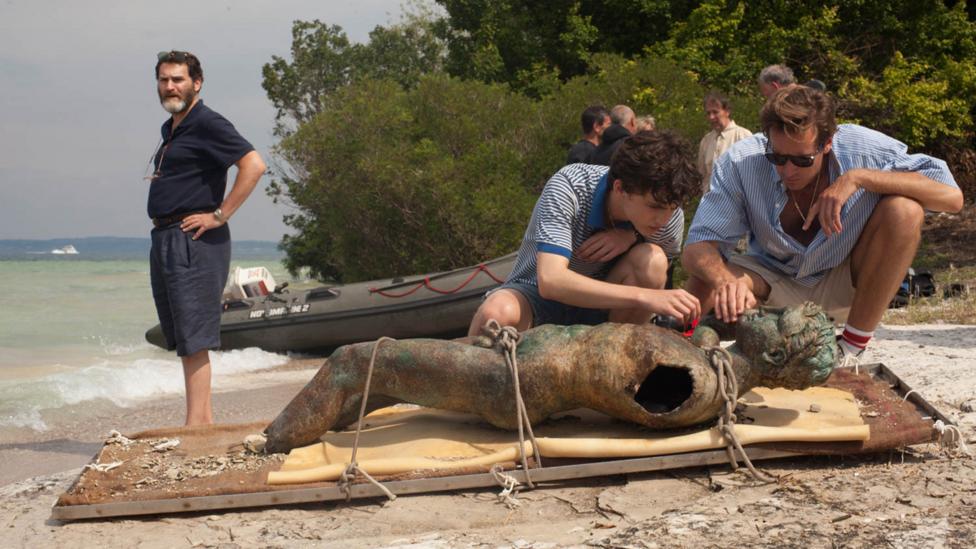 A sensual maximalist who prefers the golden light of the Mediterranean to the snowy mountains of Utah, Luca Guadagnino is something of an odd one out at the Sundance Film Festival. So it was especially intriguing that he chose to premiere Call Me By Your Name, a coming-of-age story set in northern Italy here, rather than in the more glamorous and sunnier surroundings of Venice or Cannes.

It is a notch above even Sundance’s buzziest entries

It turns out to be a wise decision: Call Me By Your Namestands apart at this year’s festival not just for its European origins or for being the work of a mature film-maker rather than an emerging one, but also in terms of its artistic accomplishment, which is a notch above even Sundance’s buzziest entries.

That’s not to say Call Me By Your Name is without its discoveries: in the central role of Elio, Timothée Chalamet emerges as a dazzling new talent. At 20, the actor, best known for playing Finn Walden on the US TV thriller Homeland, shifts from confidence to vulnerability with a veteran’s ease, essential to the role of a sexually forthright young man who finds his desires taking him into uncharted territory. He also plays the piano beautifully – including, at one point, reinterpreting Bach in the manner of Liszt, layering romantic style on top of baroque structure in a tidy summary of the film itself. (There’s a similar tension in the score, which balances furious minimalist compositions with lush new songs by Sufjan Stevens.)

For nearly half its length, Call Me By Your Name feels like a mood that has yet to develop into a movie, but that mirrors the carefree timelessness of summertime in Italy for 17-year-old Elio, the son of an American professor (Michael Stuhlbarg) who specialises in Greco-Roman sculpture and a polylingual mother (Amira Casar) who can translate German literature on the fly. The arrival of Oliver (Armie Hammer), his father’s summer research assistant, gives Oliver’s world a shake, but at first, the tremors are barely noticeable: they’re pursued so avidly by the women of the rustic Lombardy town that their attraction to each other passes almost unremarked, a matter of discreet gestures and lingering glances that Guadagnino frames in leisurely medium shots rather than using the camera to underline them.

Although Call Me By Your Name is vague about its location, which is identified only as “somewhere in northern Italy”, it’s specific about taking place in 1983, which in addition to allowing the Psychedelic Furs’ Love My Way to play a key role in the plot also places it at the beginning of the Aids era, although the feeling is more like the last gasp of the carefree years before. The love that dare not speak its name is mentioned only in passing, and usually with reference to other characters: when Elio chuckles at a flamboyant male couple who’ve come over for dinner, his father scolds him and asks, “Is it because they’re gay, or because they’re ridiculous?”

The movie, which was adapted from André Aciman’s novel by Guadagnino, Walter Fasano and James Ivory, has some of the dreamy languorousness of Merchant-Ivory’s Maurice; it seems to take place in a world where the characters are at once so free and so blinkered that Oliver and Elio’s desire can develop almost unnoticed in plain sight, and Elio’s mother can praise their “special friendship” without apparently sensing anything amiss.

There are few great films without great endings, and Call Me By Your Name has one

At times, the development of Oliver and Elio’s relationship is so subtle as to be almost obscure: one extraordinary long take staged around a World War One monument in the town square climaxes with the elliptical question, “Are you talking about what I think you’re talking about?” But once their romance finally becomes physical, they can put those gestures and glances into words, effectively going back and decoding key scenes from the movie’s first half (which is not to say that the scene in which Oliver develops a pressing concern with the sore muscles in a shirtless Elio’s shoulder is especially encoded to begin with).

But teenage Elio’s emotional resources lag somewhat behind his physical confidence. This is probably not the first time he’s desired a man, but it may be the first time it’s been able to develop into something more, and Chalamet lets us see both Elio’s emotions and the times when they grow almost too large for his body to hold.

There are few great films without great endings, and Call Me By Your Name has one in the form of a monologue by Michael Stuhlbarg – capping off one of his finest performances – that puts a frame around the movie’s painting and opens up avenues we may not have thought to explore. Guadagnino seems to have designed it to expand in the mind after the fact, once the more pressing emotions conjured by its copious shots of attractive bodies have subsided.