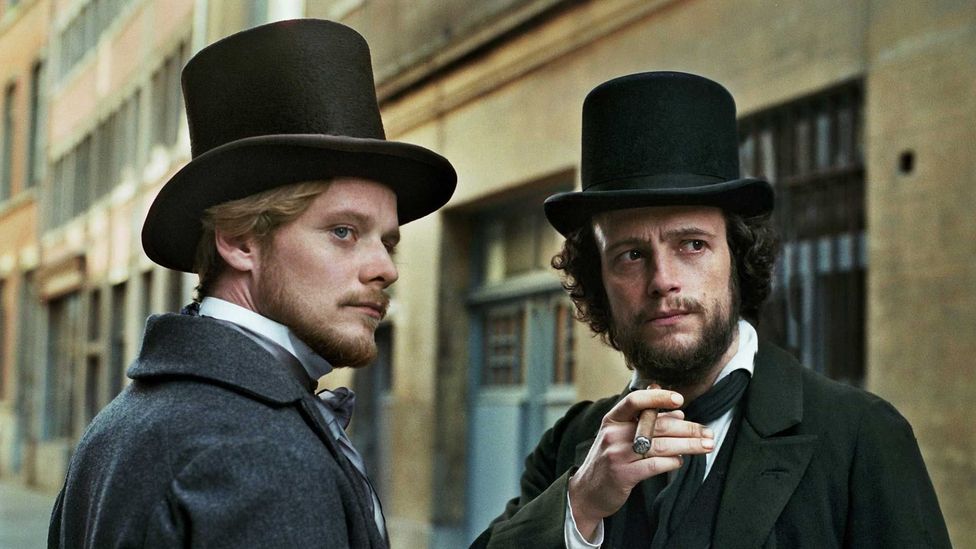 By Jessica Kiang 13th February 2017
From the Berlin Film Festival, a new film that focuses on Karl Marx’s early life is well made but misses an opportunity for provocation, writes Jessica Kiang.
E

Engaging with director Raoul Peck's handsome, well-acted, sincerely intentioned The Young Karl Marx is, with the benefit of historical hindsight, rather a bittersweet endeavour. It's not hard to do: Peck's intelligent, textured film-making makes potentially arcane political discussions sing with urgency, and mostly airs out the parchment reek of academic fustiness.

But though the ideas are rendered accessible, and sometimes practically thrilling, placed in their context (dutifully overliteralised with frequent intertitles that tell us exactly which town we're in, in which month of which year) anyone with a reasonable working knowledge of subsequent history may find their ability to celebrate the emotional crescendoes of this story a little compromised. You do not have to blame Marx personally for the atrocities of 20th-Century communism to find it difficult to uncomplicatedly cheerlead the birth of the ideology's most influential early text.

The Communist Manifesto, written in 1848 by Marx (August Diehl) and Friedrich Engels (Stefan Konarske), was a pamphlet that laid out the core ideas Marx would spend the rest of his life expanding upon, in his never-completed masterwork, Das Kapital. The latter title, however, lies outside the remit of Peck's biopic, which culminates in the printing of the 'Manifesto' as a kind of triumphant opening salvo in the revolution to come.

This narrowed focus allows Peck and co-screenwriter Pascal Bonitzer not only to spend the film's two-hour length (a little too) luxuriantly describing the infighting and internal schisms that dogged the nascent Communist League, but also to present a view of a vigorous and attractive Marx, as opposed to the two-tone-whiskered elder statesman of popular consciousness. Between this and The Young Pope we're perhaps seeing a new trend whereby ‘young’ essentially becomes a euphemism for ‘sexy’ and ‘the sexy Karl Marx’ at least as played by the not unhandsome Diehl, is not the contradiction it might first appear. 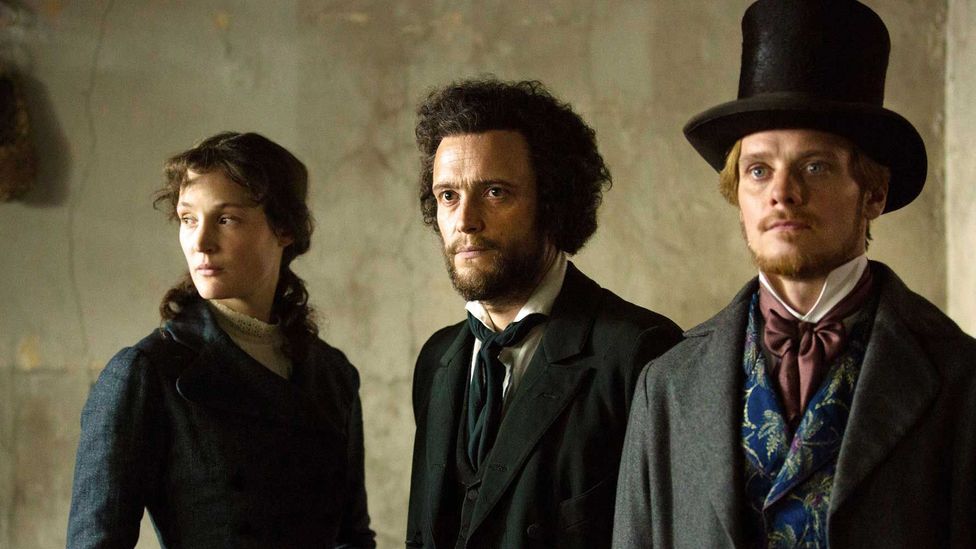 The real romance here is the intense friendship forged between Marx and his 'Manifesto' co-author, the "bourgeois revolutionary" Engels (Credit: Neue Visionen Filmverleih)

In fact one of the film's unexpected strengths lies in its dual love stories, with Marx's wife Jenny (Colonia's Vicky Krieps) given a nice line in ready wit that frequently disarms the men around her. And Engels' paramour Mary Burns (Wolf Hall's Hannah Steele), an outspoken Irish redhead who is first seen being dismissed from the Manchester factory Engels' father owns, is portrayed as something of a swashbuckling revolutionary. Aside from the interesting, inverse class disparities in these two relationships there is dubious historical basis for much of the film's embellishment in this regard, but the addition of well-drawn, intelligent women is welcome even if they're mostly fictional.

But as in any story of the fathers of communism, the real romance here is the intense friendship forged between the frequently impoverished and exiled Marx and his 'Manifesto' co-author, the "bourgeois revolutionary" Engels, who loyally supported his friend, often financially. And Peck does incorporate a few buddy-movie beats into his otherwise talky, dense film: Marx and Engels exchanging naughty-schoolboy glances as they await the verdict on their induction into the League of the Just (which they will join and, well, revolutionise); the pair getting roaring drunk and passing out in Marx's Paris apartment; and even a borderline slapstick sequence where they evade capture by pursuing authorities. These moments point to the crasser, cruder Guy Ritchie genre mash-up that could have been - Marx & Engels Investigate! perhaps, or Marx + Engels: Vampire Hunters - and though of course one's finer sensibilities rebel against such disrespect, watching The Young Karl Marx there may be a small corner of your soul that secretly wishes the film had been just a little more iconoclastic.

You might find yourself mentally calculating whether Peck would have had time, let alone inclination to finish on an image of the current US president, and what that might mean

But Peck, the Haitian film-maker whose three-decade career has just been capped with an Oscar nomination for the incendiary James Baldwin documentary, I Am Not Your Negro, and whose Lumumba was such a stirring account of the rise and brutal fall of the Congolese leader, is on more mutedly respectful form here. His film does not sink under the weight of the stovepipe hats and corsetry that constrict so many costume dramas -the mid-19th Century is evoked with a pleasingly worn-through vibe - but nor is it entirely immune to the pitfalls of the period drama. In faithfully recounting the factionalism that characterised Marx's rise to prominence (there's an almost Darwinian feel to the way his intransigent elan defeats one political rival after another), the film gets a little lost in the reeds of specificity, and its relevance to contemporary events is dulled.

This is an issue, because a clear-eyed interpretation of the ideological overthrow of the powerful, plutocratic few on behalf of the working masses would have irresistible applications to the political landscape of today, when perhaps the single most effective tactic employed by our current crop of demagogues has been to co-opt the rhetoric of the revolutionary left to their own, often diametrically opposed, agenda. But not only is that forest lost for the trees of historical detail, the uncomplicated hero arc renders the parallel all but moot. Marx's enemies within the left are portrayed to a man as blowhards, toadies, polemicists, has-beens or ineffectual pie-eyed idealists (they'd be the ‘libtards’ of today) whose defeat by our attractive, charismatic hero comes over as an unalloyed good.

There is a late bid for relevance, when in the film's only anachronism, we cut to the credits and Bob Dylan's Like a Rolling Stone rings out over documentary footage of revolutionary movements and political figures from subsequent decades. You might find yourself leaning closer as Vietnam protests give way to Reagan and Thatcher's special relationship, and mentally calculating whether Peck would have had time, let alone inclination, to finish on an image of the current US president, and what that might mean. That he does not, and instead we close out on a generic image of burning dollar bills, tells you all you really need to know about The Young Karl Marx: well made and undeniably educational though it is, it can't help but feel like an opportunity for provocation, the kind of which its subject would no doubt have approved, has been missed.