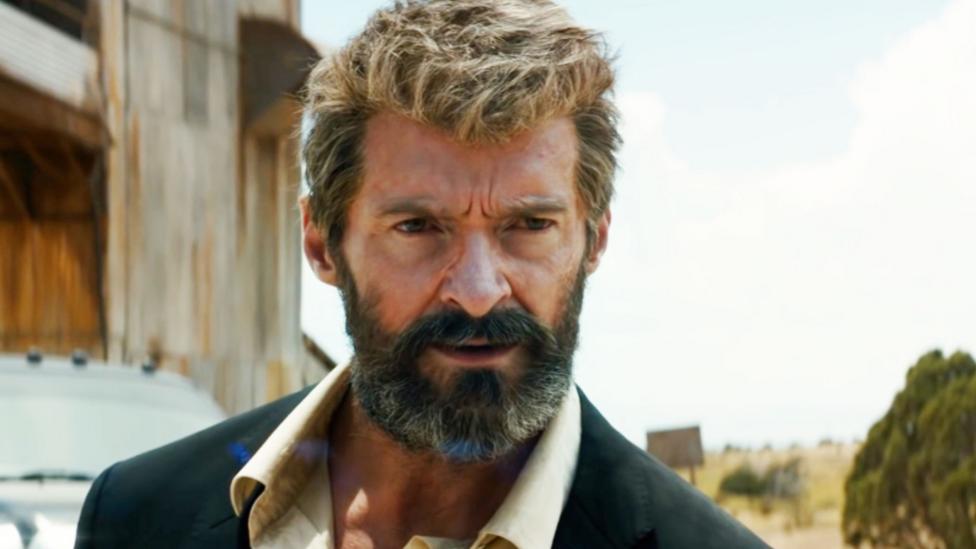 By Jessica Kiang 17th February 2017
The X-man’s swan song is a dark, melancholy film that expects us to take it seriously. The surprise is, that for the most part we can, writes critic Jessica Kiang.
A

An almost palpable fug of sour alcohol rises from the wild-bearded, unkempt man sleeping in the backseat of a battered limo. At a sharp clunk caused by the gang members trying to steal his rims, his rheumy, bloodshot eyes spring open and Logan, aka Wolverine, aka James Howlett, aka, for the last 17 years, Hugh Jackman, utters his first word in James Mangold's new X-Men spinoff. It’s unprintable here. But the four-letter word is a red herring. If you think that salty language will be Mangold's primary means of testing the permissive limits of the film's for-adults-only R-rating, in the very next moments he dispatches multiple sneering gang members via the maximally gory means of blading them through the head in gouging, spurting detail.

Logan expects us to take it seriously – and we actually can

As the last of them slides off his adamantium claws to the ground, we're not even halfway through the opening titles. This is Mangold declaring that not only will his film stand apart from his last time at the helm with 2013's The Wolverine, it will be different from all the Marvel movies that have gone before – if not from superhero films in general. It will be different even from Deadpool, the foul-mouthed hit of 2016, because there's no quip, no wink to camera, no meta flourish to let us know that this is all just a bit of malarkey. Determinedly dark, defiantly grimy and really quite depressing, Logan is pointedly devoid of humour, and expects us to take it seriously. The surprise is that, for the most part, we actually can.

For genre purists, it can be disconcerting to see comic book movies classified as sci-fi. And though the X-Men franchise, being about genetic mutation, has maybe more of a claim to that designation than, say, Thor, the outsize arcs and simplistic good vs evil binaries of the superhero film do not often lend themselves to the thoughtful curiosity that is a hallmark of the best science fiction. It would be overstating it to say that Logan reaches sci-fi heights – there's a standard-issue British Evil Scientist (played with pale-eyed zeal by Richard E Grant), a henchman with a Terminator arm (Boyd Holbrook, good value in a relatively small role) and an albino mutant (Stephen Merchant in a rare and surprisingly decent dramatic performance) whose photosensitivity is so extreme he'll burst into flames in sunlight like Nosferatu. So, you know, this is not Tarkovsky's Solaris.

The father-daughter mutant duo who slay together stay together

But Logan does go defiantly against the grain by favouring melancholic mood and themes of mortality and deterioration over inflated, end-of-the-world stakes or grandiose action pyrotechnics. That said, the fight scenes are extremely gruesome, especially when half the time it's a child doing the slicing and dicing.

According to the plot it is 2029 and no new mutant has been born for many years. A broken-down and alcoholic Logan is scraping a living as a limo driver and caring for a deteriorating Professor X (Patrick Stewart), whose degenerative disease renders his "weapon of mass destruction" brain  potentially large-scale lethal unless he remains under heavy sedation. Logan is approached by a woman who begs him to take her and her daughter Laura to North Dakota, but there are mercenaries attached to a genetic research corporation, led by Pierce (Holbrook), on their trail. Laura is in fact a mutant, built in a lab, and the nature of her mutation suggests that Wolverine's DNA was the key ingredient. So despite an almost pathological reluctance to get involved, Wolverine is drawn into the role of protector, in a manner that the screenplay, co-written by Mangold, Scott Frank and Michael Green, keeps from getting overly sentimental, while still providing the film with what little emotional uplift it has. The father/daughter mutant duo who slay together, stay together, after all.

Logan’s darkness is not simply an aesthetic filter as was the case in Zack Snyder's Batman v Superman: Dawn of Justice; it emanates from within the character. It's ironic that the title shares some DNA with the famously campy 1970s sci-fi film, Logan’s Run, in which people are considered obsolete at 30 and murdered. In its way, Logan is just as much about the pitilessness of the aging process, and Jackman's battle-scarred, stiffening body is as expressive in this regard as his perma-scowl of a face. It's taking him longer to heal, his eyes are never clear and one of his claws won't fully extend. This makes him less Logan's Run, more Logan's Limp. He's as battered a superhero as we've ever seen, and for the first time his body bears exterior witness to the inner torture that has always defined him. His body is the story.

There are flaws, of course. At 135 minutes the film is unnecessarily long, especially when one lengthy digression in the middle feels so inorganic. And considering the relentless dourness, and the serially downbeat turns the story takes, it does pose the questions: How bleak is too bleak? How many head stabbings are too many head stabbings? How standalone can a film be, and still relate to the continuity of a wider cinematic universe? How much doom-laden mortality can a film portray and still be a superhero movie?

In an era of cinematic product homogenisation there’s no doubt that Logan is a risky proposition. But this is reportedly Jackman’s last time donning those claws and chewing on that cigar. Considering it was his Wolverine, as the centrepiece of Bryan Singer’s X-Men (2000), who launched the currently omnipresent superhero phenomenon in the first place, maybe the most appropriate thing would be that, with the brutal, melancholic elegy that is Logan, Wolverine remakes the superhero movie again, this time as a farewell.