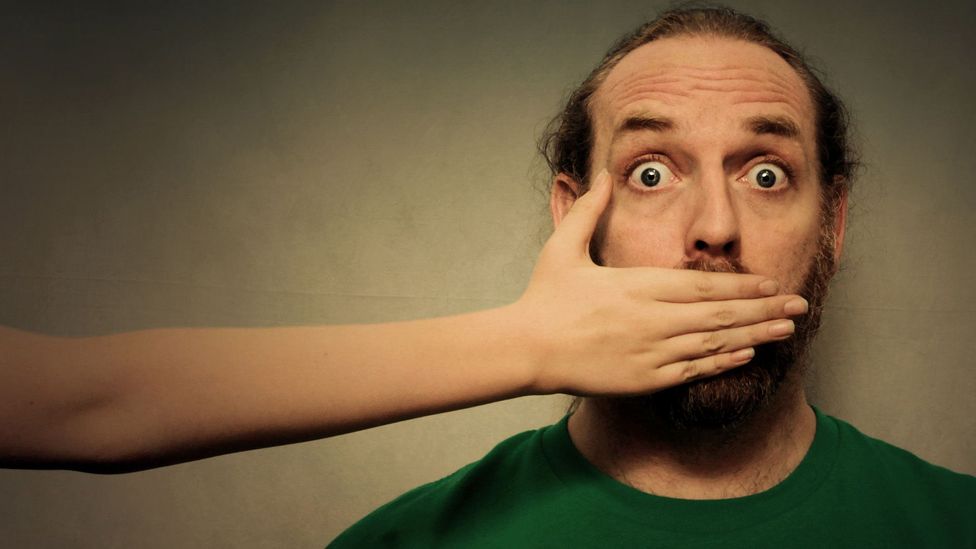 By James Harbeck 1st March 2017
The English language is confusing, inconsistent and easy to muddle. But some pour too much scorn on those who break the rules, writes James Harbeck.
S

Since Jonathan Swift’s 1712 Proposal for Correcting, Improving and Ascertaining the English Tongue, two centuries of self-appointed correctors and improvers of English usage - such as Robert Lowth, HW Fowler, George Orwell, Kingsley Amis, Simon Heffer, Lynne Truss, and Neville Gwynne - have decried the decadent state of our language and instructed people on how to use it better. But what have they accomplished?

They have helped enforce agreement that there should be a standard version of the language. They have not, however, managed to set the exact details of that standard. They have not even agreed whether long words or short ones are better (in spite of some vehement pronouncements on the subject). And the stream of the language has flowed on despite the damning practices prescribed by grammar doctors in the 1700s and 1800s that often look old-fashioned or bizarre now : no one writes snatcht, checkt, or snapt : no one uses colons as I am doing in this sentence. 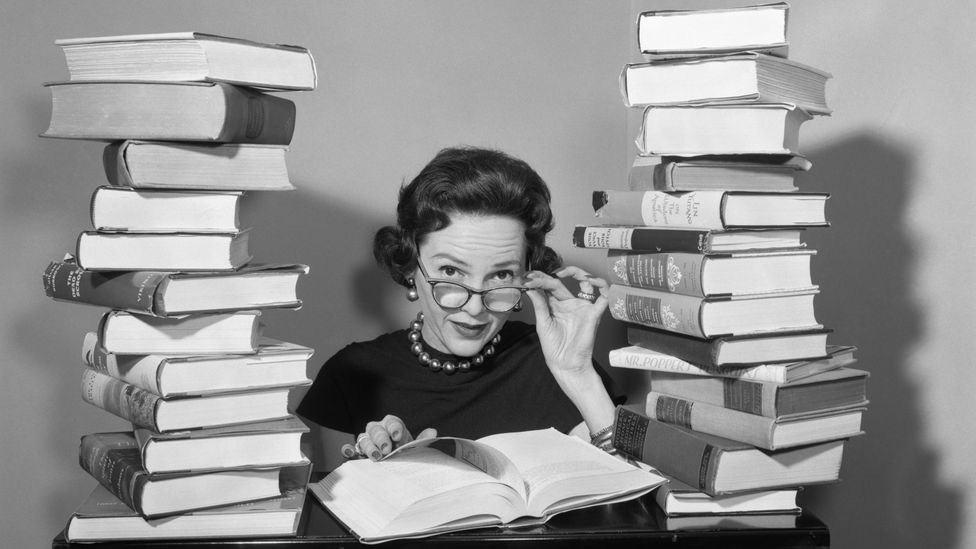 Self-appointed guardians of English usage have decried the decadent state of our language (Credit: Alamy)

The language cannot be fixed in place, and its constant evolution does not always follow the tastes of its self-appointed guardians. Some of their proposed improvements have had inglorious careers: a rule - don’t split infinitives, don’t end sentences with prepositions, don’t start sentences with conjunctions - is decided in defiance of established usage. It is promulgated in books, taught in schools, and often used as an indicator of a writer’s level of education, yet it continues to be broken - productively by some (including many of the best writers), sloppily by others, guiltily by many.

It is at last declared not to be a real rule by authoritative guides in the later 20th Century, and yet it is still propounded by a small but truculent segment of society, who have unpleasant things to say about those who dare break it. On the other hand, some words that English-defenders indignantly opposed have blithely prevailed: bureaucracy, racial, electrocute, telegram, antagonise, pants, jeopardise, donate, and scores of others. 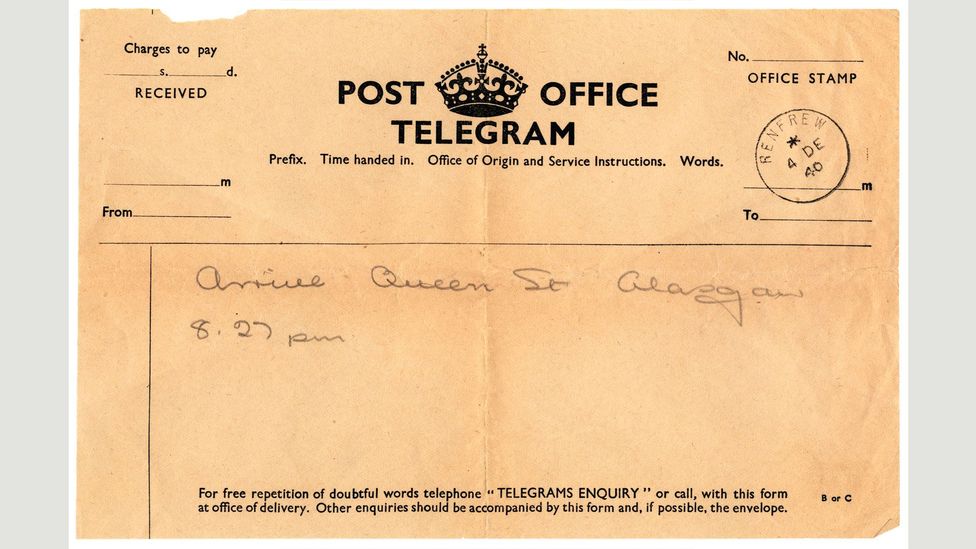 Some words that that have met opposition but prevailed include bureaucracy, racial, pants and telegram (Credit: Getty Images)

One important effect the English-improvers have had, however, is on how people feel and talk about English usage. They have taught generations of English speakers that ‘bad English’ is a failure of intellectual and moral fibre. Consider the adjectives they have used to condemn choices of words they disagreed with.

Jonathan Swift, in 1712, talked of “Corruptions,” “Licentiousness,” and “barren” usages; Robert Lowth, in 1799, applied terms such as “perverted” and “barbarous”; Richard Grant White, in 1872, used phrases such as “utterly abominable”, “foolish and intolerable”, and said they showed “utter want of education and a low grade of intelligence” (and these against words such as donate, jeopardise, and preventative). HW Fowler in 1908 spoke of “barbaric” usages, and the “special ugliness” that comes from a word with a “mongrel origin”, and counselled readers that “The effect of using quotation marks with slang is merely to convert a mental into a moral weakness.” George Orwell in 1946 inveighed against “slovenliness” and “sheer incompetence.”

In more recent years, writers guilty of some well-established word choices and writing habits have been called “slovenly” by Kingsley Amis; “abominable,” and “semi-literates” by Simon Heffer; “illiterate” by Neville Gwynne; and “moral weaklings” by Lynne Truss. These are terms fit for war crimes or animal cruelty, but they are applied to turns of phrase that are endorsed, or at least allowed, by the Chicago Manual of Style, The New Fowler’s Modern English Usage, The New York Public Library Writer’s Guide to Style and Usage, Merriam-Webster, and the Associated Press Stylebook, all of which manage to make prescriptions without casting aspersions on the moral and intellectual character of those who do not heed them. 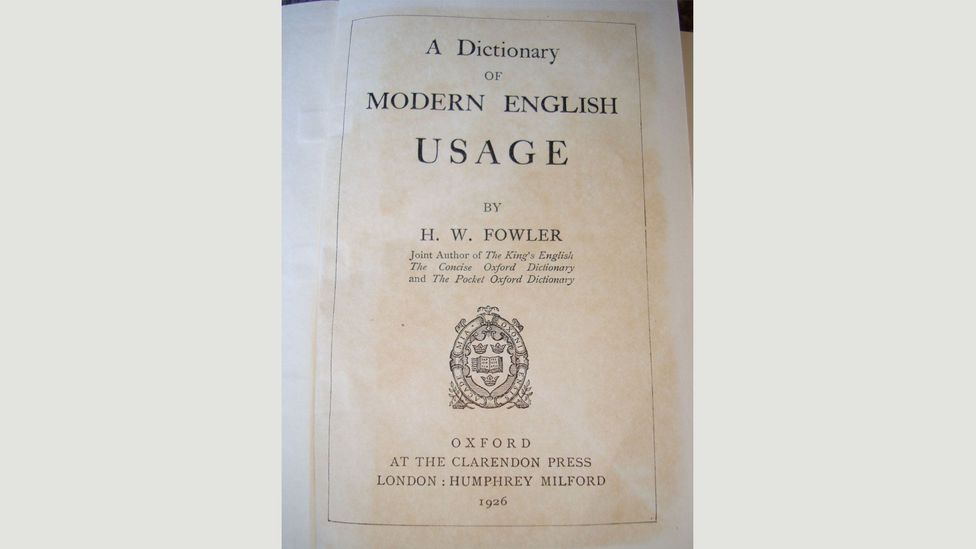 HW Fowler in 1908 spoke of “barbaric” usages and the “special ugliness” of words (Credit: Wikipedia)

Their ideal is a person of careful, vigorous thought, moral propriety, manly directness and the right sort of education

To be fair, these angry grammarians did not invent discrimination based on speech. Anywhere there are different varieties of a language associated with different regions and different social sets, the way you talk will show what group you belong to, and people will decide on that basis how to treat you. What these umpires of the English language have enabled and abetted is scorn based purely on details of the language itself rather than on extrinsic social differences. 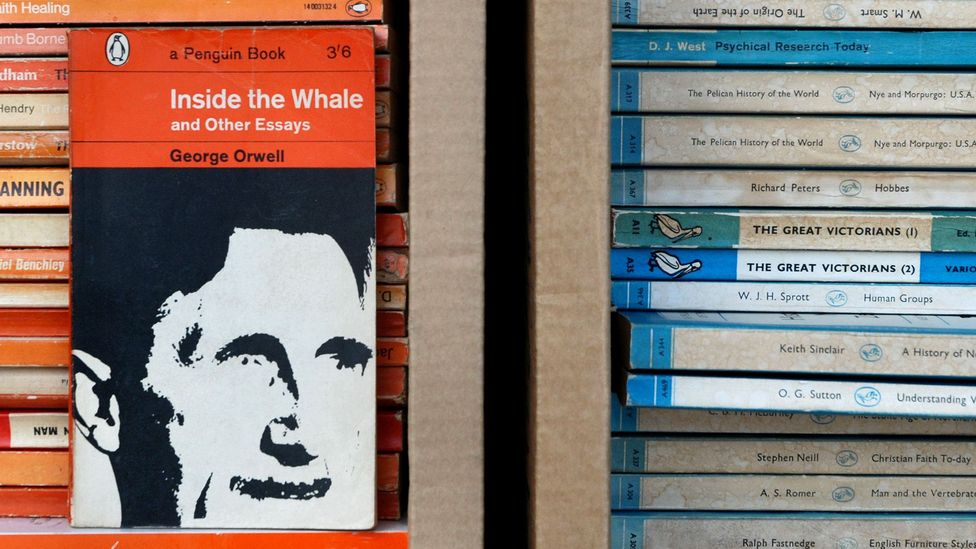 In 1946, George Orwell criticised “slovenliness” and “sheer incompetence” in the popular use of language (Credit: Alamy)

There is a classism in it, but their ideal is not a nobleman (they often criticise errors in the speech of the high and mighty) but a person of careful, vigorous thought, moral propriety, manly directness, and the right sort of education, as evinced unfailingly by avoidance of specified vulgarisms and barbarisms. They despise stupidity and low character, but they enfranchise their pupils to identify these not by the content of what is said but by a few simplistic rules of form: a belt of scorn grenades.

Those who take up these weapons often use them viciously. In his recent book Bad English, the language scholar Ammon Shea has collected some striking examples. One George Quinn, in a 2004 letter to the Providence Journal newspaper, said that a particular writer who started a sentence with a conjunction should have been “appropriately beaten in grammar class”. The poet Phyllis McGinley said the sentence adverb ‘hopefully’ “is an abomination and its adherents should be lynched”. Jack Knox, a columnist for the Prince George Citizen, advocated capital punishment for anyone who used ‘gift’ as a verb. An executive at Western Union once wrote that whoever first used ‘contact’ as a verb “should have been destroyed in early childhood.” 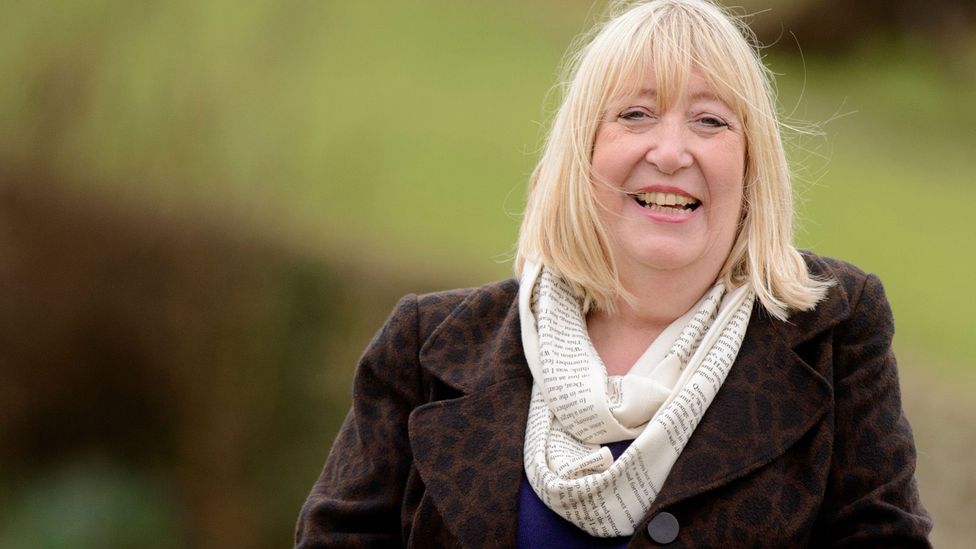 Those who speak in strong terms about ill-favoured usages naturally defend their passion: “I frequently hear people pointedly aver that they ‘care about language,’” Shea writes, “which to me is simply a polite way of saying ‘I like to correct the language use of other people.’ We all care about language, some of us more than others, but the degree to which one is willing to humiliate or upbraid others should not stand as an indication of how much one cares.”

The giveaway is that the focal usages are not ones that truly manifest incompetence, such as “I are come” or “Do like this speak not.” They are words and turns of phrase that are used all the time by well-educated, fluent speakers, including many who are well respected for their writing. This allows scolds to use them as true in-group markers. As Rebecca Gowers writes in Horrible Words, “The more arbitrary their dislike of a given word, the more honour they are likely to invest in insisting that it is incorrect, and possibly not a word at all.” 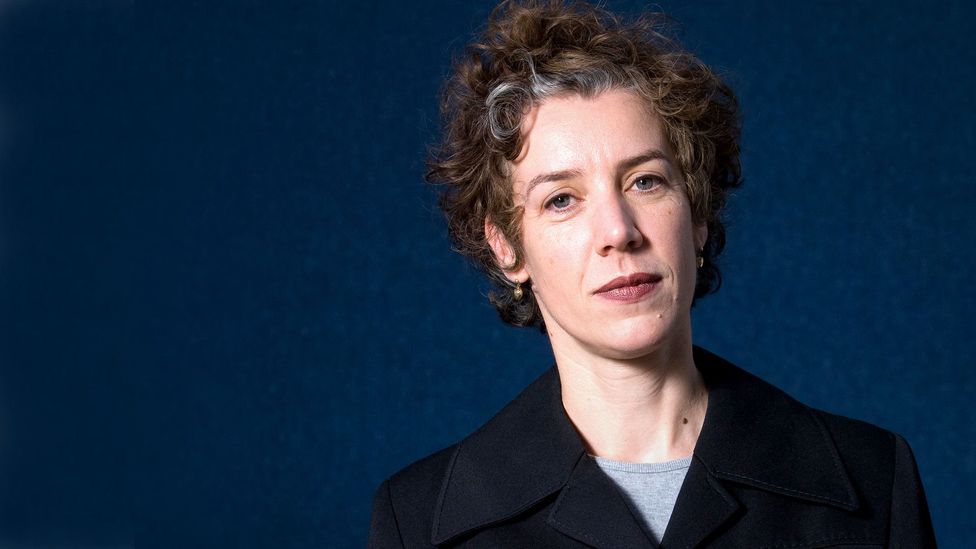 “The more arbitrary their dislike of a given word, the more honour they are likely to invest in insisting that it is incorrect” writes Rebecca Gowers (Credit: Alamy)

It’s easy to be drawn into this. The English language can be confusing. Thanks to its history, its spelling is capriciously inconsistent; thanks to the vast body of literature that has grown over the centuries of its evolution, its variations of form are manifest. And thanks to reformers who would “correct and improve” the language, there are things we are told we should do that we can plainly see most people don’t do. To be an English speaker is unavoidably to have some degree of what William Labov called ‘linguistic insecurity’. People whose English is farther from the promoted ideal are more insecure, but you will not find an English speaker who does not at least occasionally fret about whether he or she is committing an error. Even the sternest grammar cranks privately catch themselves out from time to time.

It’s not so surprising that people over the centuries have wanted to tidy it all up. But attempts at improvement have not been unequivocally successful, to say the least, and the tone in which they have been presented has done further injury. It’s bad enough that we have to worry about being clear and consistent; thanks to the weaponisation of English grammar and vocabulary, we also have to worry about being seen as degenerate barbarian imbeciles.