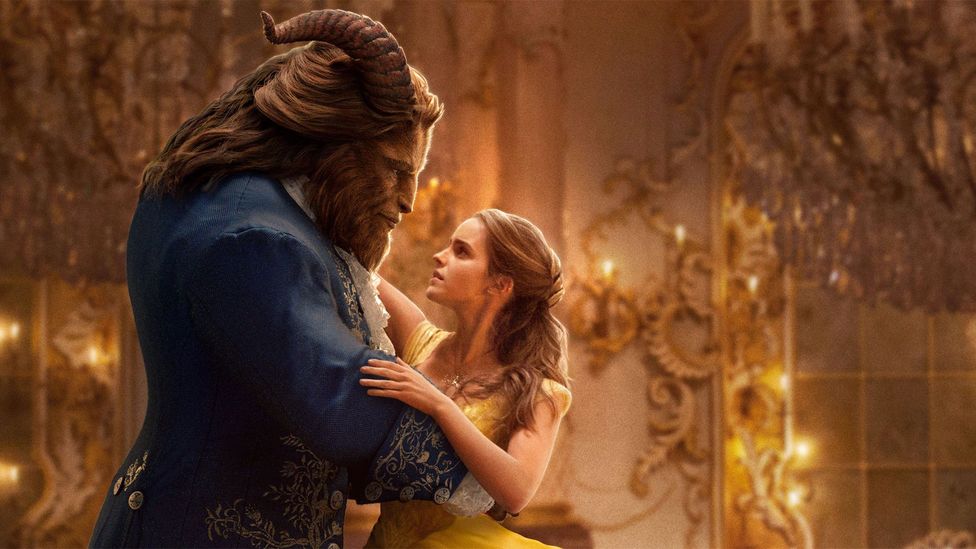 Disney has recently been remaking its hits with the industrial efficiency of a car manufacturing plant, but most of these updates have had their own identity. Maleficent turned the villainess of Sleeping Beauty into its heroine, for instance. The Jungle Book put some Rudyard Kipling back into the mix. And Pete’s Dragon didn’t take much from the 1977 model except the title. But the ‘new’ film of Beauty and the Beast is the first of these Disney remakes to take the opposite approach, and to copy its source material in every possible way.

The story is the same as it was in the much-loved 1991 cartoon, the characters are the same, even Belle’s costumes are the same: blue dress and white blouse at the start, yellow ball gown later on. And it is amazing to see that IMDb credits the screenplay to Stephen Chbosky and Evan Spiliotopoulis, as opposed to Linda Woolverton, who wrote the original, because much of the dialogue is identical. You have to go back to Gus van Sant’s shot-for-shot homage to Psycho to see a film which gives you such a startling sense of déjà vu.

There are two obvious differences between the two versions, however. The first difference is that the current film is live-action, so there are lots of rococo sets and intricate digital creations to look at. And yet, despite the zillions of dollars that must have been spent on the Hogwarts-ish production design, the sad fact is that neither of the showstopping numbers, the title song and Be Our Guest, is as magical or imaginative as it was in a cartoon which came out over a quarter of a century ago.

Few of the actors live up to their predecessors, either. Buried as he is under layers of computer-generated imagery, Dan Stevens manages to make the Beast his own by finding the pathos in his aristocratic awkwardness. Ewan McGregor puts some oomph and ooh-la-la into Lumiere the candelabra. As for the rest of the cast, Emma Watson is prim and petulant as Belle; Emma Thompson’s Mrs Potts is no match for Angela Lansbury’s, who was as warm and soothing as the tea she brewed; and Kevin Kline is painfully mannered as Belle’s wittering father. In many cases, what it comes down to is that the voices in the cartoon were provided by musical and opera veterans who could really sing, whereas the same characters in the live-action film are played by movie stars who really can’t.

The second difference between the two Beauty and the Beasts is that the new one is longer than the old one. The director, Bill Condon, has taken a fairy-tale romance which skipped along for 84 minutes and made it into a drama which trudges along for a tiresome 129. Some of the additions are well-judged. In the prologue, the prince has become a sneering brat who throws decadent, Marie Antoinette-rivalling parties at the expense of his impoverished subjects, so when an enchantress transforms him into a fanged and furry monster, the curse doesn’t seem as unjust as it once did. We also learn why the braggadocious huntsman, Gaston (an amusing Luke Evans), is so keen on the village’s resident bookworm. Apparently he misses the thrill of his wartime exploits, and being knocked back by the condescending Belle is the closest he now gets to dodging musket balls.

In a way, watching Beauty and the Beast is like watching the extended cut of Apocalypse Now

But the film-makers’ other efforts to fill in the cartoon’s blanks are much less welcome. Beauty and the Beast follows the tedious example of the latest Batman and Bond blockbusters by explaining every last facet of its characters’ history and psychology - and, as in Batman, the deaths of parents are a major factor. The result is that there are several speeches, along with several new songs, which serve only to make the whole enterprise slower and gloomier. It’s a fatal flaw. The plot hinges on the idea that if Belle and her hirsute suitor don’t fall in love by the time the petals fall from an enchanted rose, he will be trapped in his shaggy form forever. But the film moves at such a dragging pace that it feels as if the rose would have withered and died with another three songs to go.

In a way, watching Beauty and the Beast is like watching the extended cut of Apocalypse Now, in that it’s interesting to see all the extra scenes that have been slotted into a classic film, but it’s obvious why they were omitted in the first place. Its very fidelity to the cartoon is what will appeal to some viewers, however. Just as young fans of the Harry Potter novels judged the first films not on how well they worked in cinematic terms, but on how slavishly faithful they were to the books, young fans of Beauty and the Beast may be pleased to see so many of their favourite moments recreated – and with Hermione in them to boot. At the other extreme, there are those poor individuals who have never seen the original – the first ever animated film to be nominated for a best picture Oscar – so they will find much to delight them even in its pale imitation.

But while the new film isn’t terrible, it’s difficult to see what the point of it is as long as the cartoon exists. Beauty and the Beast is simply a cover version of a chart-topping song, played with such anonymous competence that Condon’s motto must have been, “It ain’t broke, don’t fix it.” Another motto might have been better: “If it ain’t broke, don’t remake it.”