Loading
Film | Film Reviews
Is Guardians of the Galaxy Vol 2 far out or flaccid?
Share using EmailShare on TwitterShare on FacebookShare on LinkedinShare on Whatsapp 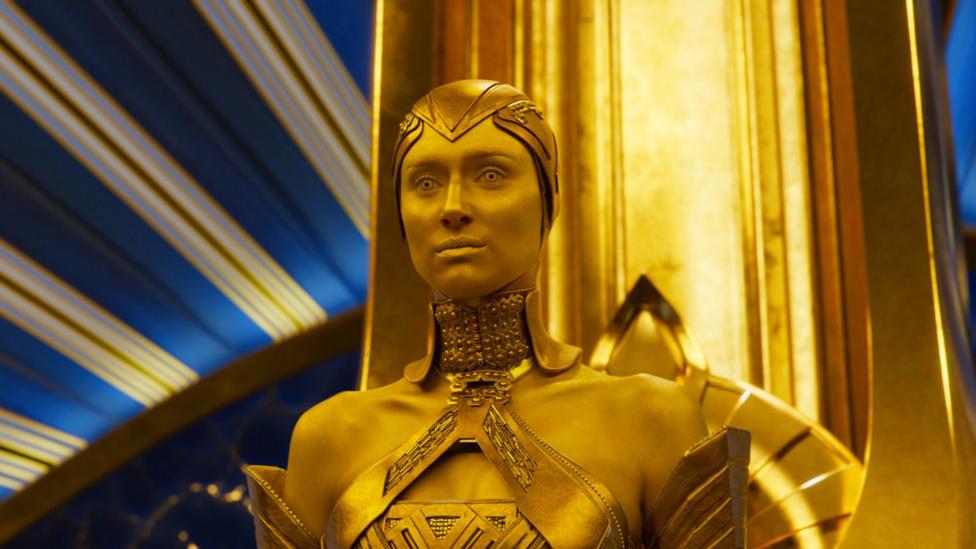 By Caryn James 26th April 2017
The sequel includes the same ingredients as Marvel’s first cosmic cocktail of a blockbuster – but with less than intoxicating results, writes critic Caryn James.
I

In a perfect cinematic universe, every sequel would be like The Godfather Part II, broadening and deepening what came before. In the Marvel Cinematic Universe, there is Guardians of the Galaxy Vol 2, which coasts pleasantly enough on familiarity and a few bright new touches.

In the sequel, Peter and his ragtag group are now a heroic team for hire. Zoe Saldana is once again Peter’s green-skinned would-be love, the trained assassin Gamora, but she seems like a bystander this time. Bradley Cooper is the voice of the streetwise cyber-enhanced raccoon, Rocket, and Dave Bautista is the hulking Drax. Groot, the animated tree with Vin Diesel’s voice, sacrificed himself in the first film. He was replanted as a sprout, who becomes one of the best additions to Guardians 2.

Baby Groot is a tiny, dancing, mischievous mascot with an expressive tree-trunk face, brought charmingly to CGI life. He is calculated to be irresistible, and the ploy works. As a villain says about Baby Groot: “It’s too adorable to kill.”

The film’s spindly plot is just an excuse, a peg on which to hang action scenes. When the team is hired to retrieve some valuable battery-sized energy sources, Rocket slips a few in his pocket. Soon the Guardians are being pursued all over the cartoonish universe.

Many antics ensue, but like so many other space movies this is essentially a father-son story. As the last film ended, Peter learned he was only half-human, on his mother’s side. The sequel adds a vivid new character, Peter’s long-lost father. He is played by Kurt Russell with a twinkle in his eye and a swagger that reveals where his son got that roguish attitude.

Carrying the baggage of dozens of handsome outlaw roles, Russell starts the film with a rush. In 1980, he and Peter’s mother zoom along the road while playing the song Brandy (You’re a Fine Girl). In this flashback, Russell’s face has been restored to youth as magically, or technologically, as Robert Downey’s was when young Tony Stark turned up in Captain America: Civil War.

Why has Peter’s father been absent for decades and what is on his mind now? There is a giant clue in his name, which is not even close to Lovable Dad. It’s Ego.

Ego has one of the movie’s comic high points, analysing the lyrics to Brandy and explaining why it is the best musical composition ever created on Earth. Guardians could have used more of those moments and fewer chases through space.

In one plot strand, Peter and Gamora go to Ego’s planet, where there are some lovely, small visual effects. Father and son toss around a glowing ball of electric blue light as if it were a baseball.

But the other storyline follows the pointless rule that sequels must be bigger, as Rocket fends off attack after overblown attack, and engages in endless obligatory shootouts. Rocket gets more screen time, much of it wasted. How often can a raccoon be offended at being called a puppy or a rat?

The production design can be stunning. A planet called Sovereign, whose people are gold from head to toe, is ruled by the glamorous, imperious Ayesha (Elizabeth Debicki). On Sovereign everything is Art Deco-inspired. Even the space pods sent out to fight the Guardians have a chrome elegance.

But visually, there are also weak spots and odd choices. Gunn often zooms in from cosmic wide shots onto the actors, which makes them resemble lifeless miniatures.  Action scenes fill the screen, as spaceships in crayon colors chase each other against a dark background. These sequences are busy for the sake of busyness, saved by music from Peter’s Awesome Mixtape Vol  2. If the energetic song Come a Little Bit Closer is playing even a prison break seems sunny.

The film’s major flaw is that Gunn leans so hard on the earnest family theme that he sacrifices too much of Peter’s wise-guy character, a key to the franchise’s charm. But Guardians deserves more credit than it has received for one underlying message: the characters’ colour-blindness. Michael Rooker returns as Yondu, Peter’s angry, blue-skinned adoptive father. Whatever their differences, at least these extraterrestrials are not at odds because of their rainbow-hued faces.