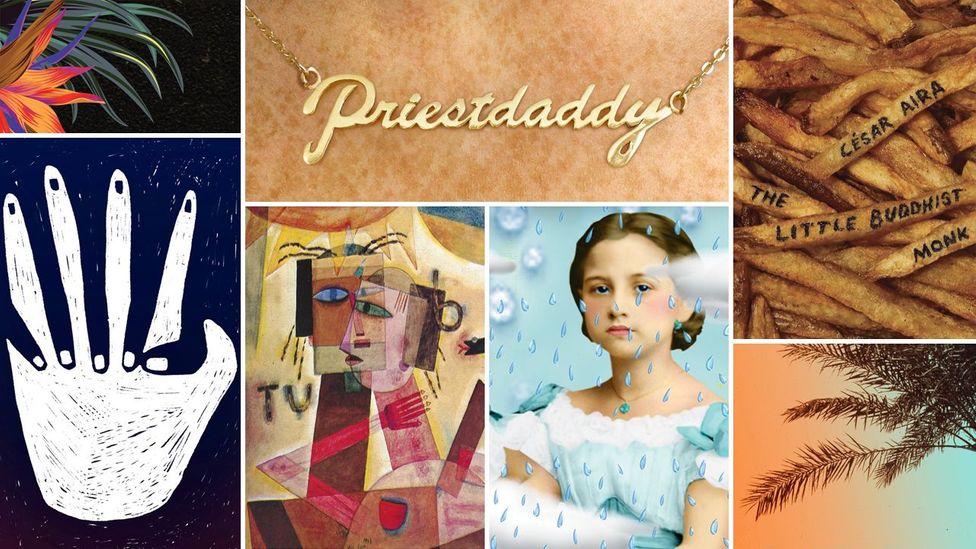 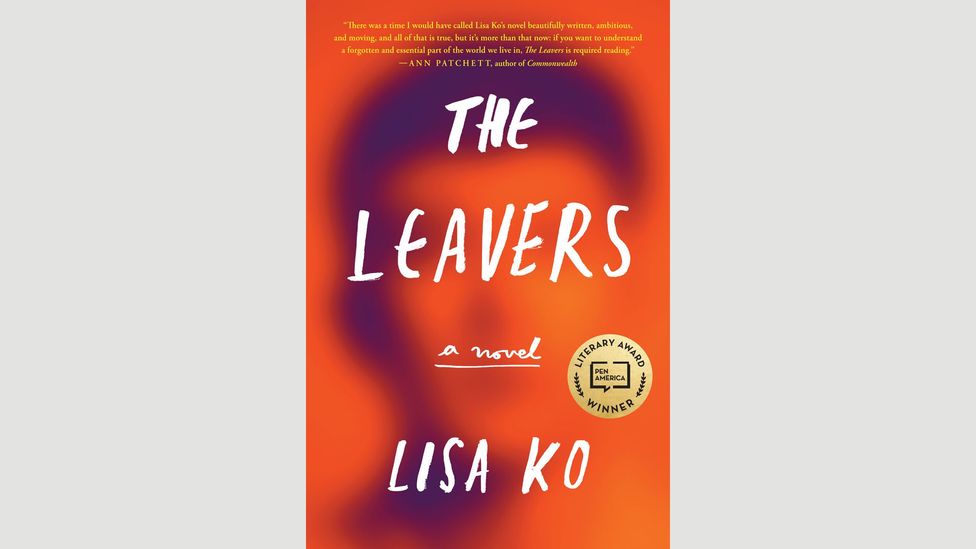 Ko’s first novel, awarded the 2016 Pen/Bellwether Award for Socially Engaged Fiction, follows Peilan, an adventurous teenager from the village of Minjiang in China to New York, via Bangkok, Amsterdam and Toronto. There, as Polly, she works 13-hour shifts in a garment factory and hopes to pay off $47,000 to the loan shark in a matter of years. (She understands the rules: “Pay now or disappear forever.”) But she’s pregnant by a neighbour back home, and her new son complicates her life beyond repair. Polly disappears when her son Deming is 10 years old. He is adopted by a professorial couple upstate, but he can’t forget his mother and yearns to know what happened. Ko traces the disruptions of immigration and the complexities of first-generation Americans with meticulous detail and sensitivity. (Credit: Algonquin) 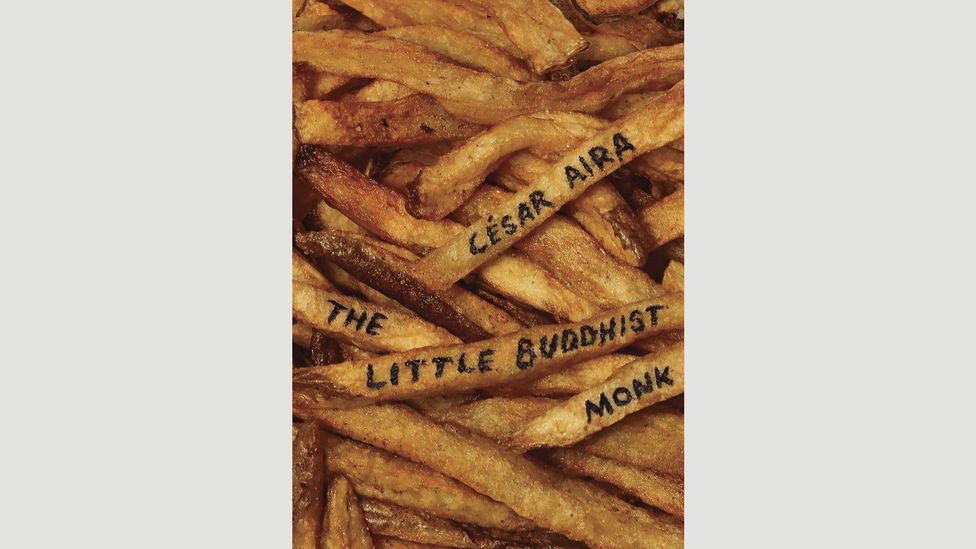 Two distinctly different novellas, translated from the Spanish by Nick Caistor, show the range of this Argentine author of more than 90 books, known for playful experimentation, narrative tension and bite. In the first, a Korean monk meets a French photographer obsessed with “culturally charged spaces” and his wife. He offers to become their guide to Buddhist temples. Soon it seems he’s ushering them into a parallel world and they may not be able to find a way back. In The Proof, two punk lesbians try to pick up a 16-year-old girl walking near Plaza Flores in Buenos Aires. With ice cream, witty interrogation and a supermarket heist the two – named Lenin and Mao aka the Love Comando – gradually pull her into their orbit. Aira has been shortlisted for the Man Booker International Prize. (Credit: New Directions) 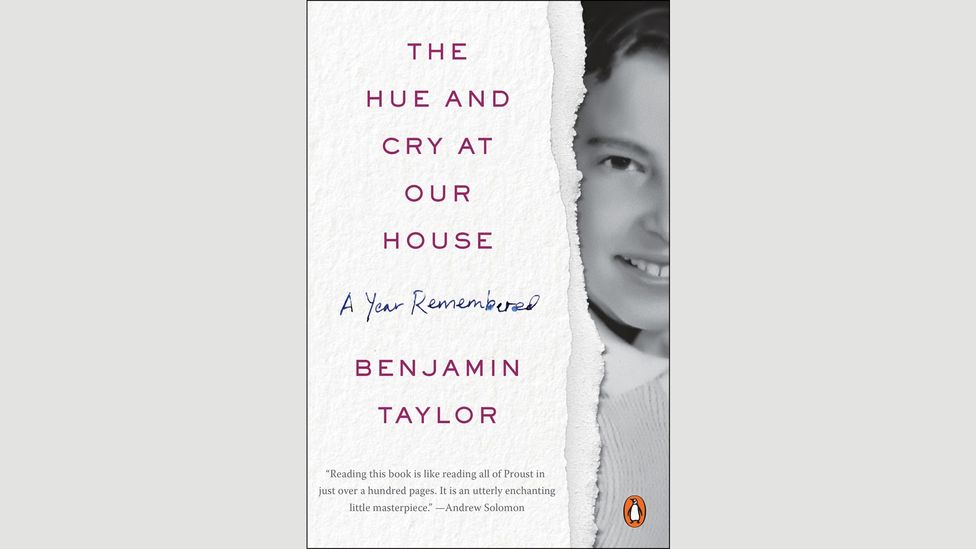 Benjamin Taylor, The Hue and Cry at Our House

One morning Taylor, then a sixth grader in his hometown of Fort Worth, Texas has the honour of shaking the hand of the President of the United States, an “Apollo” with “copper-coloured hair and blue eyes”. A man who is obviously “indestructible”. That afternoon the teacher announces that a great man had died in Dallas today. “The fresh knowledge that followed… was a discovery of history not as what happened in the past but as the current we rode,” Taylor recalls. The year that John F Kennedy was assassinated is the year in which Taylor, who describes himself as “a repellently good boy like most of my kind, Jewish and going-to-be homosexual”, is “yanked from the random floating mental life of childhood and propelled into youth.” His account is a precise and eloquent coming-of-age. (Credit: Penguin) 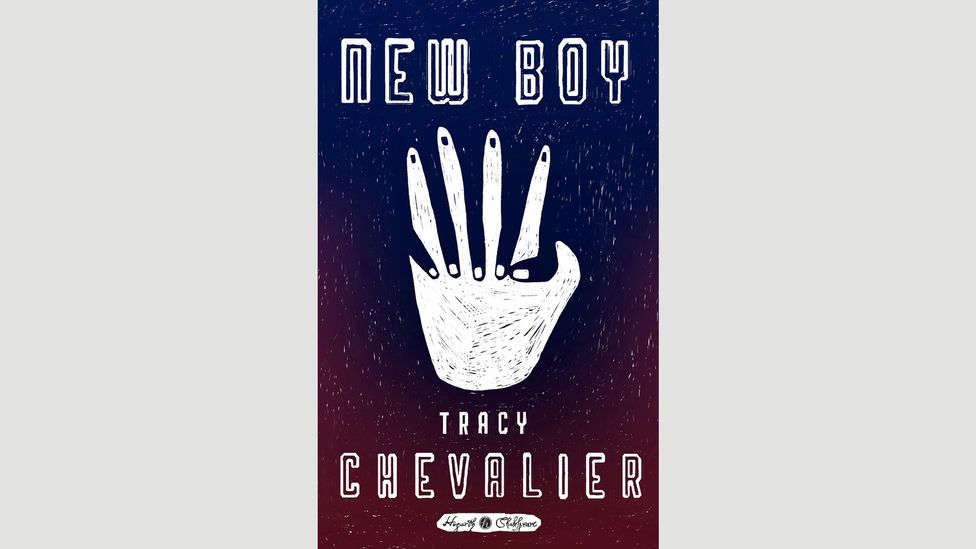 Chevalier’s retelling of Othello builds tension effortlessly. She sets her tale of love, jealousy, racism and violence in the 1970s in Washington DC, her hometown. O (for Osei), a Ghanian diplomat’s son, is entering his fourth school in six years. It’s an all-white school where his presence is a shock. The first to notice him is Dee, the most popular girl in sixth grade. By lunch time O has shown himself to be a powerful kickball player and caressed Dee’s cheek on the playground. Ian – the shrewdest, most calculating student in the class – spots the attraction between Dee and the new boy, and vows to destroy it. By the end of one school day, Ian has set Dee and O against each other, and orchestrated shocking violence. (Credit: Hogarth) 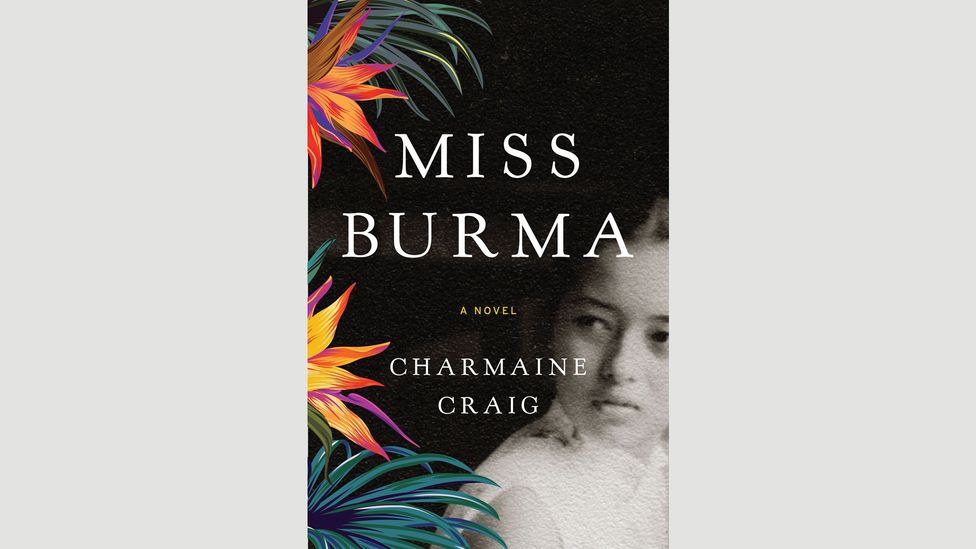 When Louisa takes the stage to compete in the Miss Burma competition in the mid-1950s, it’s not immediately evident how complicated her lineage is. Her Jewish father Benny was serving as a British customs officer in 1939 when he first spotted her mother Khim, a member of the Karen ethnic minority persecuted for centuries by the Bamar majority. When the Japanese occupied Burma during World War Two, the couple fled to the east to find shelter with Khim’s Karen community. Barney is imprisoned, and Khim does what she must to survive. In 1948, after independence, they both support the Karen leaders in what evolves into a decades-long civil war. Craig draws from her own family history for this riveting account of the treacheries, fractures, and courageous acts of wartime. (Credit: Grove Press) 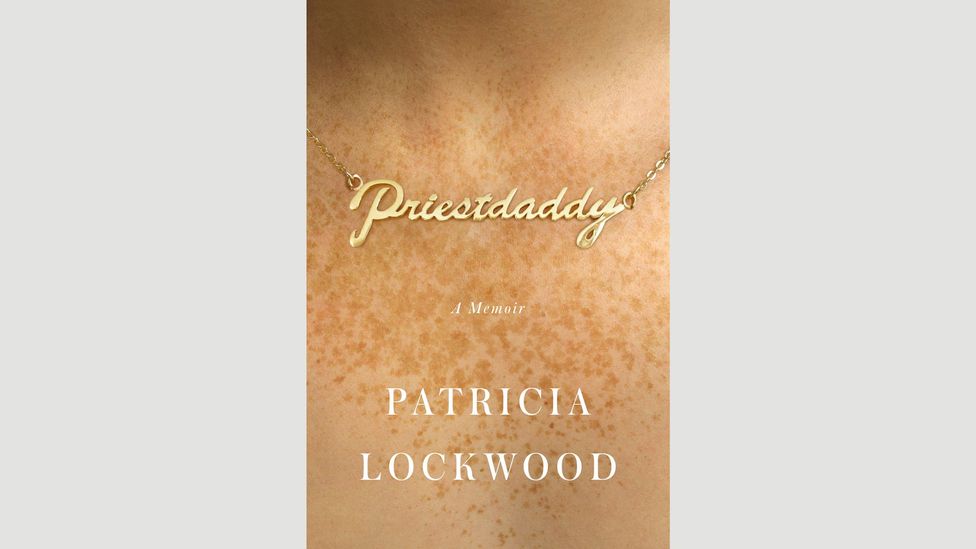 Poet Patricia Lockwood’s father was a Catholic priest, ordained after fitting through an ecclesiastical loophole – he was a married Lutheran minister who converted to Catholicism, thus eligible to apply to Rome for a dispensation, study for the priesthood and be ordained while keeping his wife and children. He was also “congenitally naughty”, she writes in this probing and often hilarious memoir, which begins when she and her husband Jason, “penniless and exhausted”, spend a year living with her eccentric parents in his Kansas City rectory. The flow of memory and meditation that follows careens between her girlhood and now, when she’s been dubbed the “smutty metaphor queen” by the New York Times. And the beginnings of that poetic gift? Lockwood simply describes it as “that jolt of connection when the language turns itself inside out, when two words suddenly profess they’re related to each other, or wish to be married, or were in league all along.” (Credit: Riverhead) 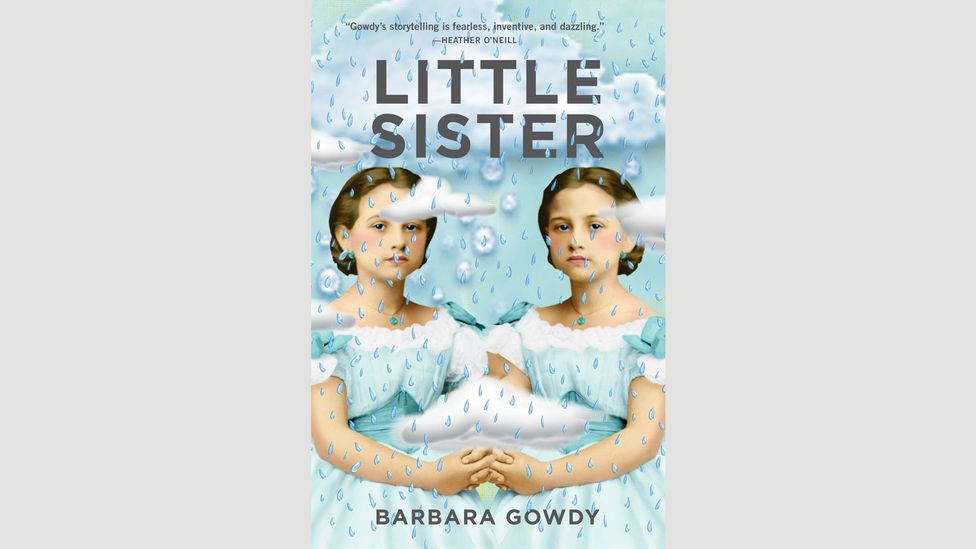 Gowdy is a magical storyteller. In her latest novel, Rose Bowan, who manages her family’s cinema in Toronto, begins to experience out-of-body episodes triggered by thunderstorms. She becomes another person – Harriet Smith – and experiences everything Harriet does through her own body, from sharper eyesight to satisfying sex. Harriet is a real person; Rose tracks her, while her boyfriend Victor, a meteorologist, helps research her possible condition – and forecasts weeks of storms ahead. Fiona, her mother, is falling into dementia – losing herself while Rose is “finding another self”. When Harriet begins to resemble her sister Ava, who died in an accident when they were young, Rose is pulled into a vortex of memory. Little Sister is a gem, powered by Gowdy’s incredible fabulist imagination. (Credit: Tin House) 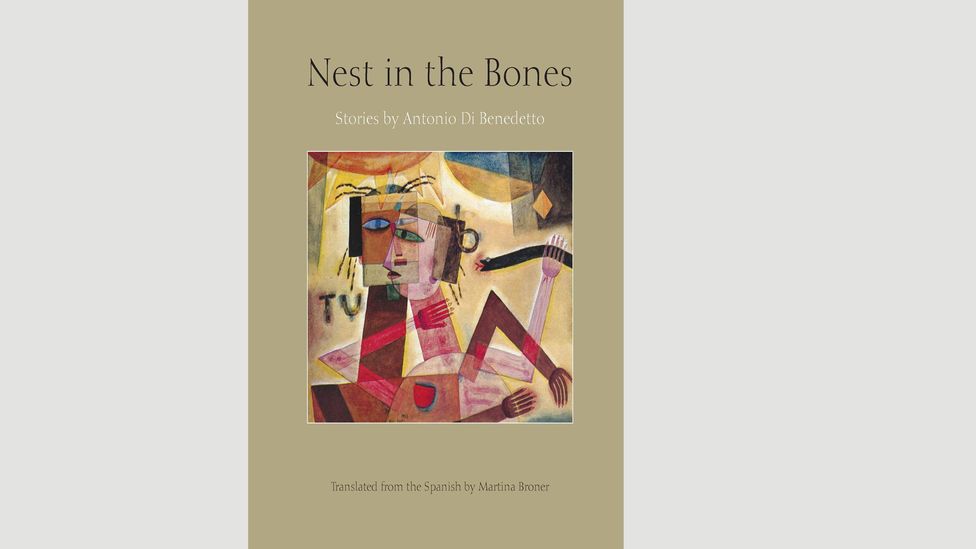 This dark, idiosyncratic collection is the first in English by the writer Roberto Bolano called “one of the greatest writers of Latin America”. Translated from the Spanish by Martina Broner, it includes work from his early days in Argentina, where he was imprisoned and tortured during the ‘Dirty War’, through his exile in Spain. In the title story, a young boy turns his head into a nest of birds – “blissful sparrows, canaries and partridges” – who are supplanted by “unaccountably voracious” vultures. “They hurt dreadfully, they hurt down to the bone,” he writes. In other stories, an imprisoned man dreams that the guard won’t let him rest, a man returned from exile feels like a stranger in his homeland, and Di Benedetto makes a sly reference to Borges, who, along with Pirandello and Dostoevsky, were early influences. (Credit: Archipelago Books) 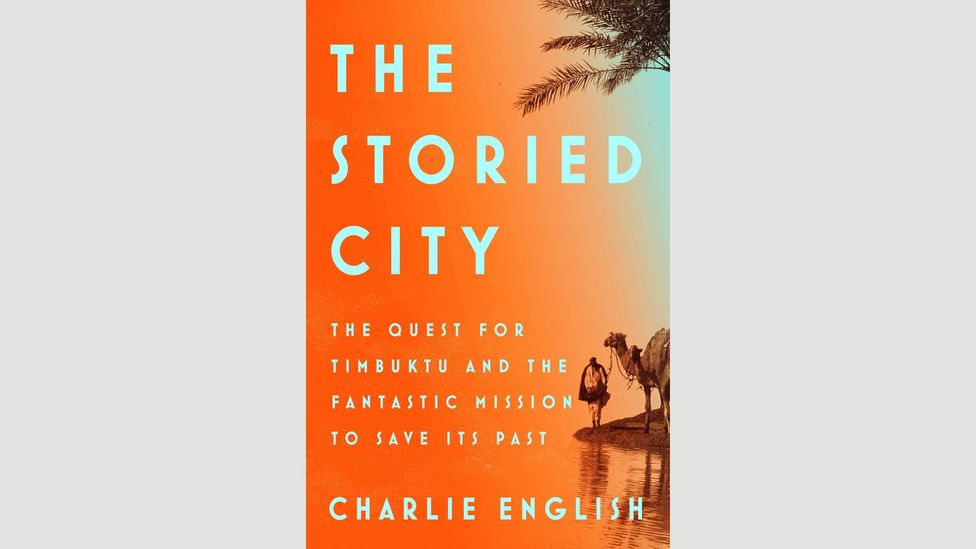 The former head of international news at the Guardian, English begins his story with the near mythic quest by English explorer Alexander Gordon Laing, who set off from Tripoli in 1825 to become the first European to reach the fabled city of Timbuktu. He survives a vicious attack by a group of Tuareg and a yellow fever epidemic to reach his destination, writes back to his command of finding abundant records there, and then disappears from history. The “manuscripts of Timbuktu,” English notes, were thought to have been destroyed in 2012 by rebels who trashed Timbuktu’s monuments. English writes vividly of explorations of the past and complications of the present, with a focus on the Indiana Jones-style account of the evacuation of the manuscripts, spearheaded by a courageous librarian named Abdel Kader Haidara. (Credit: Riverhead) 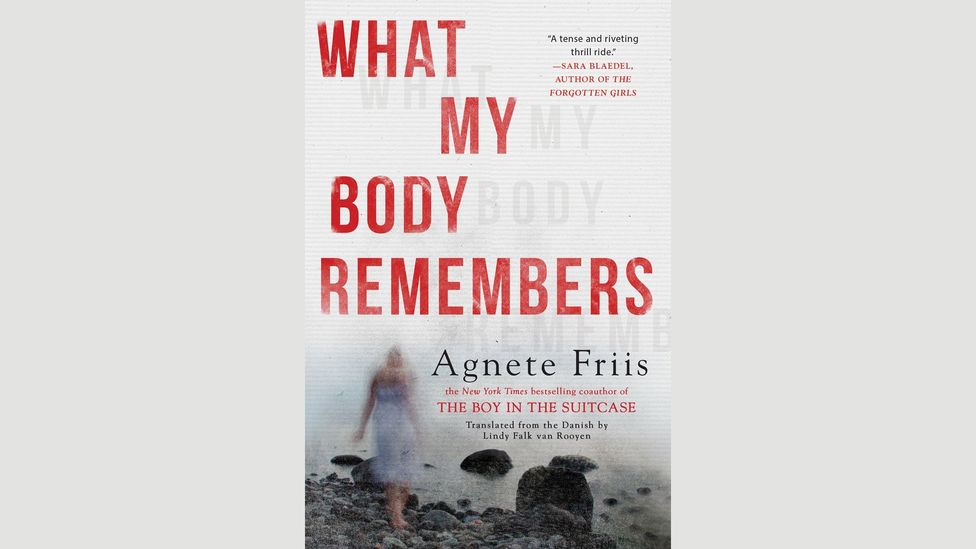 Agnete Friis, What My Body Remembers

The first solo novel by Friis, translated from the Danish by Lindy Falk van Rooyen, measures up to the best-selling Nordic noir novel The Boy in the Suitcase she co-authored with Lene Kaaberbøl. Ella Nygaard, 27, is a flawed, memorable character. She has been a ward of the Danish foster care system since she was seven years old. “My father had blown my mother’s brains out,” she explains. Troubled by post-traumatic stress disorder, which she tries to fight off with drugs and drink, Ella faces having her own son Alex raised in foster care. She fights back, taking Alex to the coastal community in northern Denmark where her own family was destroyed by violence. Under continual scrutiny by neighbours and befriended by strangers who seem eerily familiar, she experiences a series of revelations that grow ever more threatening. (Credit: Soho Crime)