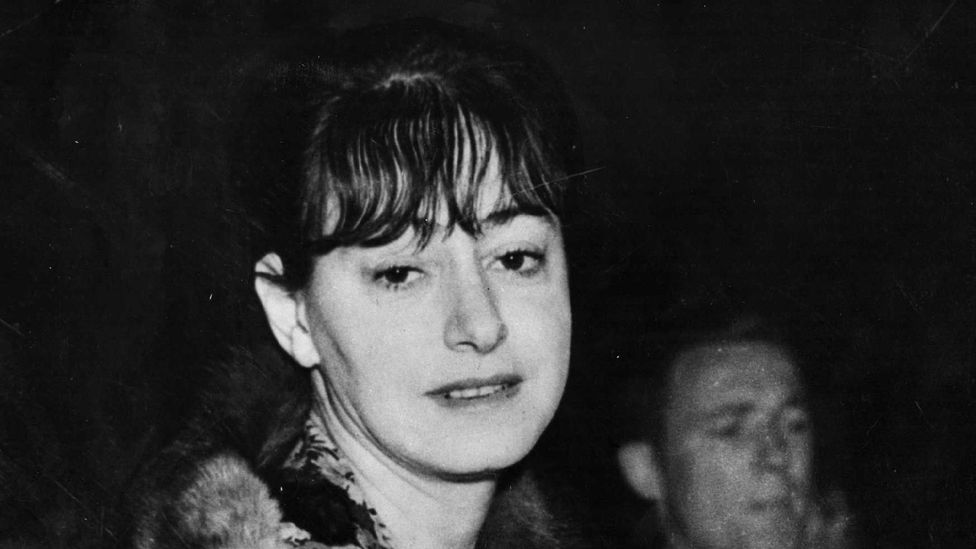 “Excuse my dust”: these are the words that Dorothy Parker suggested for her own epitaph. They made it onto the plaque that marks the spot where her ashes rest – somewhat incongruously – in Baltimore. But though they encapsulate the pitchy humour that made her the feared darling of literary New York in her prime, on the 50th anniversary of her death, it’s another of her suggested epitaphs that is most revealing: “If you can read this, you're standing too close”.

Like so many funny folk, the critic, poet and short story writer ‘Dottie’ Parker was a woman of gloomy depths, and she used her sharp tongue to keep people at a distance, even as she spun comedy from her misadventures. She was also fond of self-dramatisation. As her friend Wyatt Cooper put it in a 1968 Esquire profile tellingly titled Whatever You Think Dorothy Parker Was Like, She Wasn’t, she had an “affinity for distress”. Still, it seems fair to say that her childhood was far from happy. 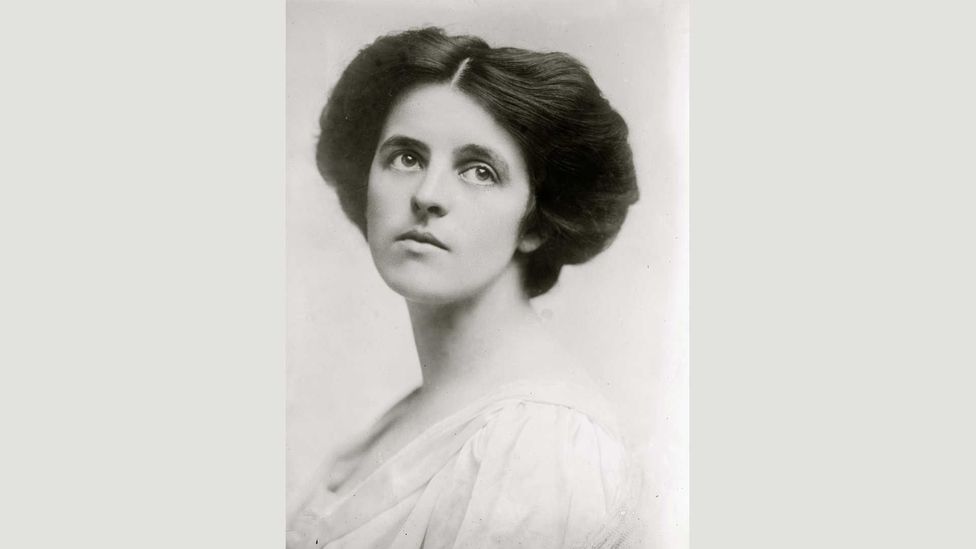 Dorothy Parker had to support herself from a young age – first as a dancing school pianist and then in New York publishing (Credit: Alamy)

By her own admission “a plain disagreeable child with stringy hair and a yen to write poetry”, Dorothy Rothschild was born in 1893 at her family’s New Jersey summer home. She was two months premature and would lose her Scots-American mother before her fifth birthday, soon after acquiring a loathed stepmother. Her Jewish father had been a successful garment manufacturer, but by his death in 1913 the business was failing, leaving Parker to support herself, first as a dancing school pianist and then in the brittle, sophisticated world of New York magazine publishing.

Once the Depression stilled the champagne corks and the clouds of war began gathering over Europe, Parker seemed dated, and was later presumed dead

A petite, almost fragile figure, her lethal wit marked her out from the start. Her break came when she sent a poem, Any Porch, to the charismatic editor of Vanity Fair, Frank Crowninshield. She soon progressed from caption writer at Vogue to staff writer at Vanity Fair, eventually becoming the magazine’s drama critic. In 1920, that same legendary wit got her fired when she couldn’t resist a wisecrack at the expense of actress Billie Burke, wife of one of the magazine’s biggest advertisers. 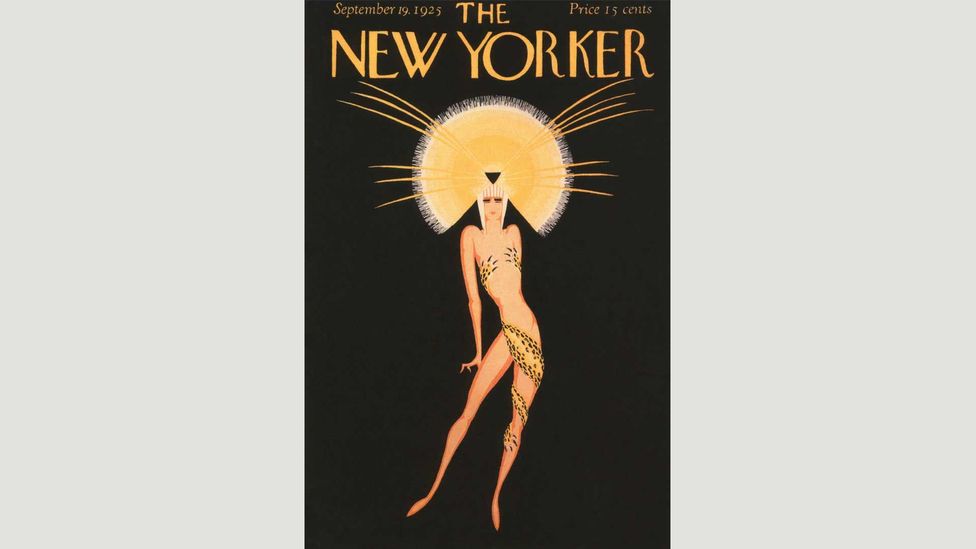 Parker worked at Vogue and Vanity Fair, before writing stories for The New Yorker, helping to shape it from its launch in 1925 (Credit: Alamy)

The 1920s were to be Parker’s decade, however. She published some 300 poems and free verses in various magazines, and in 1926, her first volume of poetry became a bestseller and garnered positive reviews, despite being dismissed as ‘flapper verse’ by The New York Times. At the same time, she was contributing short stories to The New Yorker, whose tone she helped shape from its launch in 1925. And, of course, it was during those years that she became part of that ultimate in-crowd, the informal literary luncheon club that sprang up at the Algonquin hotel and became known as the Round Table.

Unfortunately, her work so embodied the era’s giddy mix of cynicism and sentimentality that once the Depression stilled the champagne corks and the clouds of war began gathering over Europe, Parker seemed dated, and was later presumed dead. In her final years, living alone with her dog in a hotel room on Manhattan’s Upper East Side, the most common response to anything she managed to write was surprise that she was still alive. (It hardly helped that much of her verse flirted so drolly with the idea of doing away with herself.) 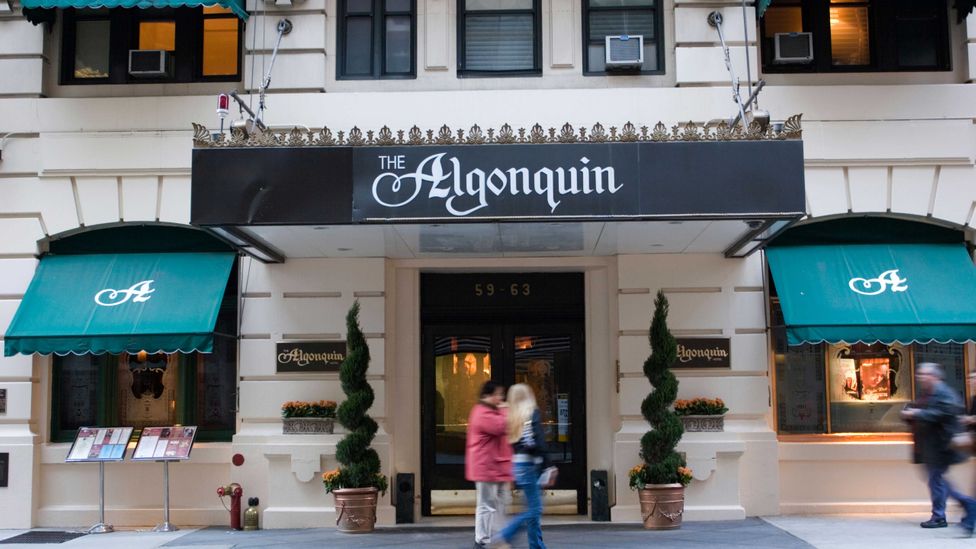 During the 1920s, Parker became an established figure of the literary luncheon club known as the Round Table situated at the Algonquin hotel (Credit: Alamy)

Few critics were as dismissive of Parker’s talents as the author herself. In middle age, she would disparage fellow Round Table writers, dimming her own achievement as their leading light by pointing out that none of their generation’s greats attended – no Fitzgerald, no Hemingway. As she grew older, she disowned quotes attributed to her, and turned her famous wit onto herself: “I was following in the exquisite footsteps of Miss Edna St Vincent Millay, unhappily in my own horrible sneakers”.

You can lead a horticulture, but you can’t make her think – Dorothy Parker

The writing was a struggle – good writing always is. “Brevity is the soul of lingerie”. “If you want to know what God thinks of money, just look at the people he gave it to”. “You can lead a horticulture, but you can't make her think”. Lines like these that trip off the tongue and lodge in the mind with such alacrity may seem breezy and uncontrived, but as Parker once said, for every five words she wrote, she’d change seven.

Her personal life, meanwhile, was a mess. Beneath its tough satire, a current of intimate, unfulfilled longing courses through her verse, whose rueful lessons were learned the hard way, through entanglements with a series of men who these days might be called emotionally unavailable – or sometimes simply married. “Take me or leave me; or, as is the usual order of things, both”, she wrote. 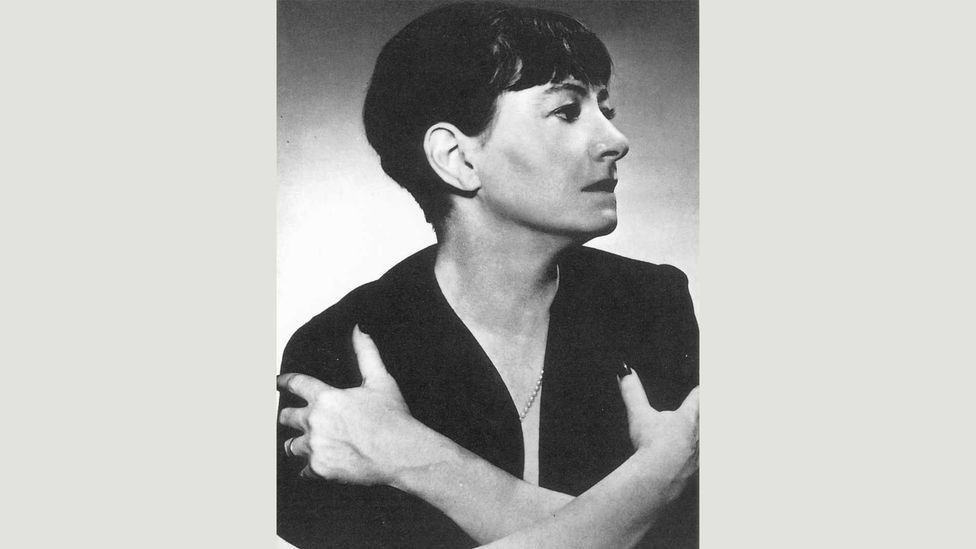 Parker’s work was dismissed as ‘flapper verse’ by The New York Times – and by the end of the ‘20s she was considered dated (Credit: Alamy)

Her first husband, Edwin Pond Parker II, a Wall Street stockbroker whose name she kept, was an alcoholic and morphine addict. They wed in 1917 and divorced in 1928 but the marriage was over long before that. Her second husband, Alan Campbell, was a bisexual actor and writer 11 years her junior, and, if not faithless, then a terrible flirt. Their marriage ended in divorce but they later remarried, bound together in a dance of push and pull that would continue until his death. (Like her first husband, Campbell died from a drug overdose.) She self-medicated (she wasn’t a writer with a drinking problem, she’d joke, but a drinker with a writing problem) and chronically mismanaged her financial affairs. Twice she attempted suicide (once following an abortion), and she became pregnant at 42 only to miscarry a few months later.

Perhaps suspicious of her interest in fashion and men, feminists have been wary of claiming Mrs Parker. Even if she’d wanted in, lines like “If you wear a short enough skirt, the party will come to you” would have had her evicted from the sisterhood faster than you can say Simone de Beauvoir (never mind that de Beauvoir herself spent a lot of time weeping in cafes over Sartre’s infidelities). Parker was accused of disloyal attacks on women, of writing for a male audience, of projecting a female rather than a feminist view of the world. So-called second wave feminists were more interested, and began to portray Parker’s humour as a kind of social protest against patriarchal convention. 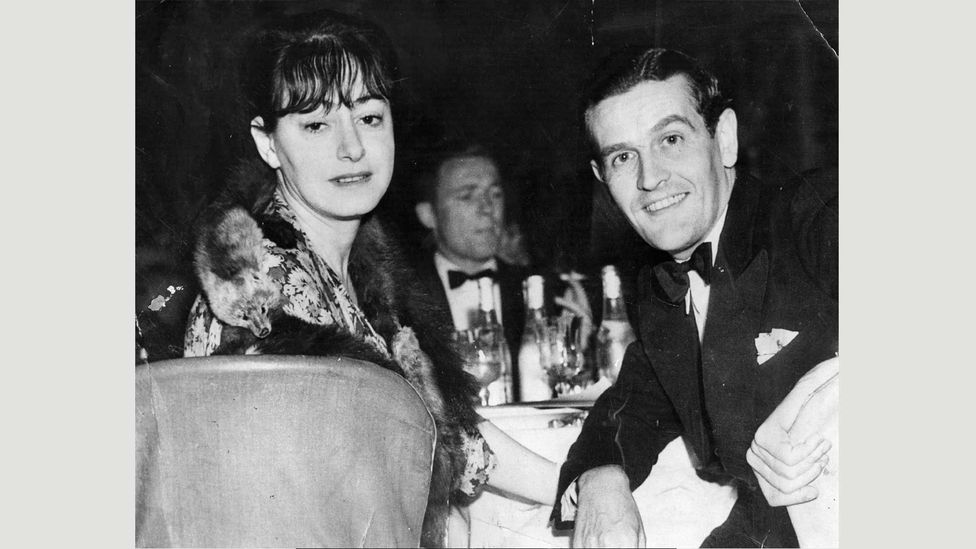 Parker married, divorced and remarried husband Alan Campbell in a game of push and pull that would last to his death (Credit: Getty Images)

Ironically, while the hectic turmoil of her private life is a tale well-thumbed, her public life has been forgotten

Certainly, most of the quotes she’s remembered for come from her verse or her Round Circle quips, but her stories feature female characters trying to square exhilarating new choices with the enduring constraints of societal expectation. Some of her heroines are lovelorn, suicidal alcoholics but others are undeniably strong characters. Temporarily untethered by the hedonistic ‘20s, their lives embrace contradictions and challenges only too familiar to 21st Century women. 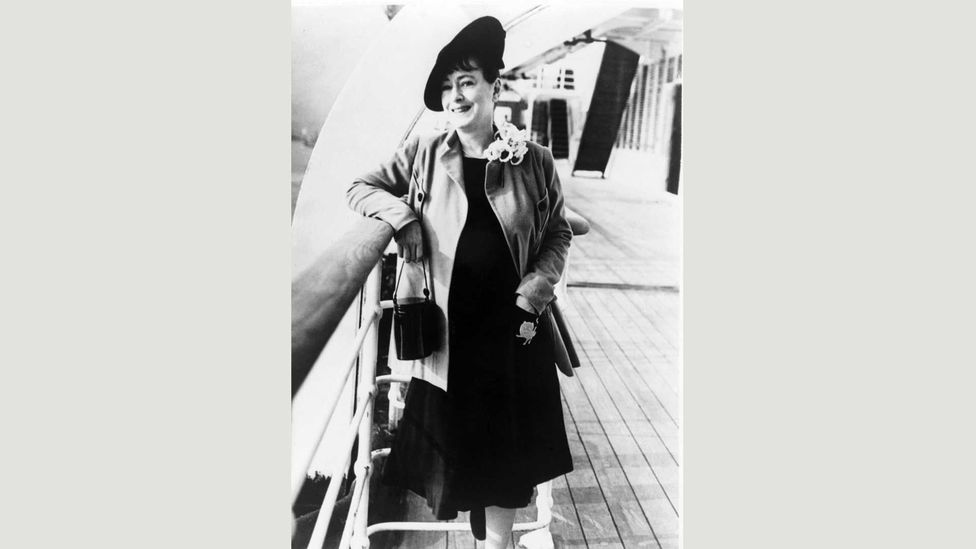 Parker self-medicated: she wasn’t a writer with a drinking problem but a drinker with a writing problem, she joked (Credit: Alamy)

Parker’s stories also deal with questions of family, race, war and economic inequality, and it wasn’t just on the page that these themes interested her. Ironically, while the hectic turmoil of her private life is a tale well-thumbed, her public life has been forgotten. Throughout, she was actively involved in campaigning for social justice. In 1927, she was fined $5 for ‘sauntering’ in a Boston demonstration protesting the execution of anarchists Nicola Sacco and Bartolomeo Vanzetti; during the Spanish Civil War she travelled to Europe to further the anti-Franco cause; she became national chairman of the Joint Anti-Fascist Refugee Committee. And in her will, she left the bulk of her estate to Reverend Dr Martin Luther King Jr, which brings us back to Baltimore. 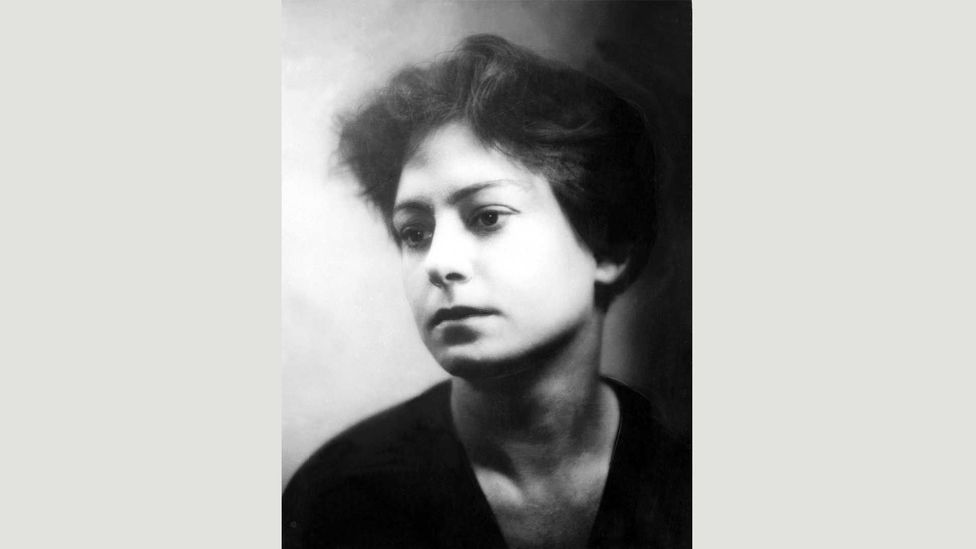 Some second wave feminists have read Parker’s humour as a form of social protest against patriarchal convention (Credit: Alamy)

It’s a city Parker is not known to have had any connection with, and an unlikely resting place for a writer who sojourned on the West Coast, wooed like so many other writers by Hollywood fees, but who remained first and foremost a New Yorker. Less than a year after her death, Dr King was assassinated. Her estate then passed to his organisation, the National Association for the Advancement of Colored People, which is headquartered in Baltimore. 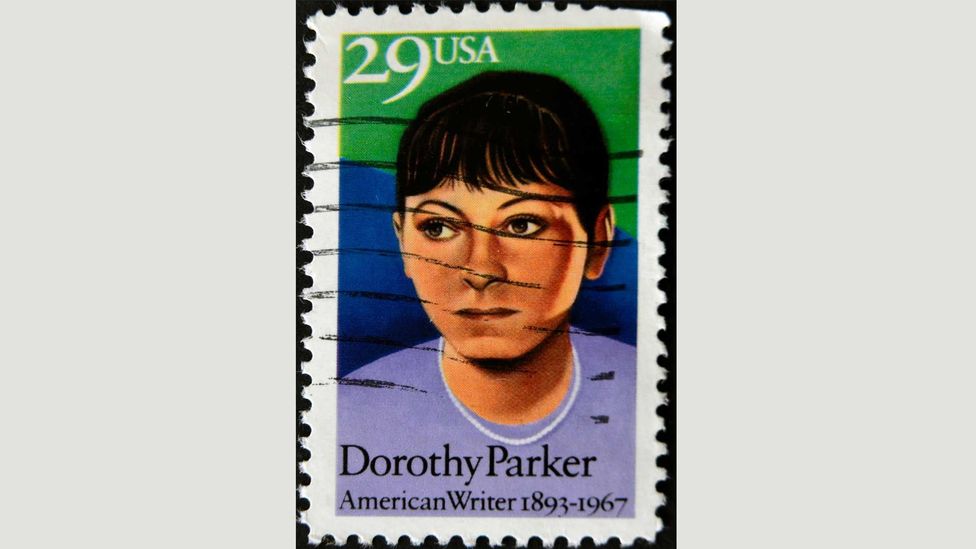 Parker will be remembered as the tipsy distiller of sentiments that defined the Roaring ‘20s but her independent spirit defines her as an icon (Credit: Alamy)

Until they claimed them, her ashes spent some 15 years sitting in a lawyer’s filing cabinet – a melancholy but apt fate. We may think of her as a Round Table star, as a distiller of the tipsy, frostbitten sentiments that defined the Roaring ‘20s, as a New Yorker writer. She was all of these things and none of them. As her friend Lillian Hellman put it in her eulogy: “She was part of nothing and nobody except herself; it was this independence of mind and spirit that was her true distinction”. It’s this that makes her such an enduring icon.