Loading
Poetry
The 1,000-year-old lost Arab poetry that lives on in Hebrew
Share using EmailShare on TwitterShare on FacebookShare on Linkedin 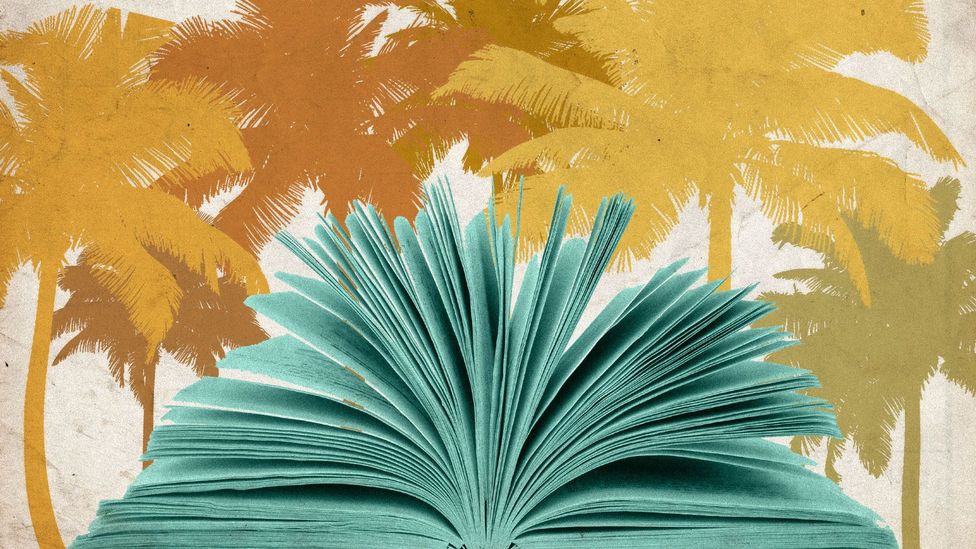 By Benjamin Ramm 29th June 2017
A thousand years ago, the Iberian peninsula was a cultural oasis – until a million of its Arabic manuscripts were destroyed. Benjamin Ramm explains how its poetry lives on.
O

On 9 December 1499, the citizens of Granada awoke to a scene of devastation: the smouldering remains of over a million Arabic manuscripts, burnt on the orders of the Spanish Inquisition. The scale of cultural desecration is difficult to comprehend – it stands alongside the burning of the Mayan codices by Conquistadors 60 years later, and the destruction of the library at Alexandria.

A thousand years ago, as much of Europe languished in the Dark Ages, the Iberian peninsula was a cultural oasis, the brightest beacon of civilisation. Under the Umayyad dynasty, the caliphate of Al-Andalus stretched from Lisbon to Zaragoza, and centred on the Andalusian cities of Córdoba, Granada and Seville. From the 8th Century, the caliphate oversaw a period of extraordinary cross-cultural creativity known as La Convivencia (the Coexistence).

Al-Andalus was characterised by cultural hybridity and a spirit of openness, attracting scholars and merchants with spices from India and China and songs from Iraq and Syria. The translation of long-neglected Greek works of philosophy helped lay the intellectual foundations of the Renaissance, and made Al-Andalus the cultural capital of Europe for over 300 years.

The legacy of Al-Andalus is evident in our own vocabulary, from discoveries in mathematics (algebra) to chemistry (alkali). Córdoba, home to the largest library in Europe, was described by a Christian poet as “the ornament of the world”. It was the birthplace of the Jewish theologian Maimonides and the Muslim polymath Ibn Rushd (known to Christians as Averroes), and a meeting place for the Sufi mystic Ibn Arabi, who wrote: 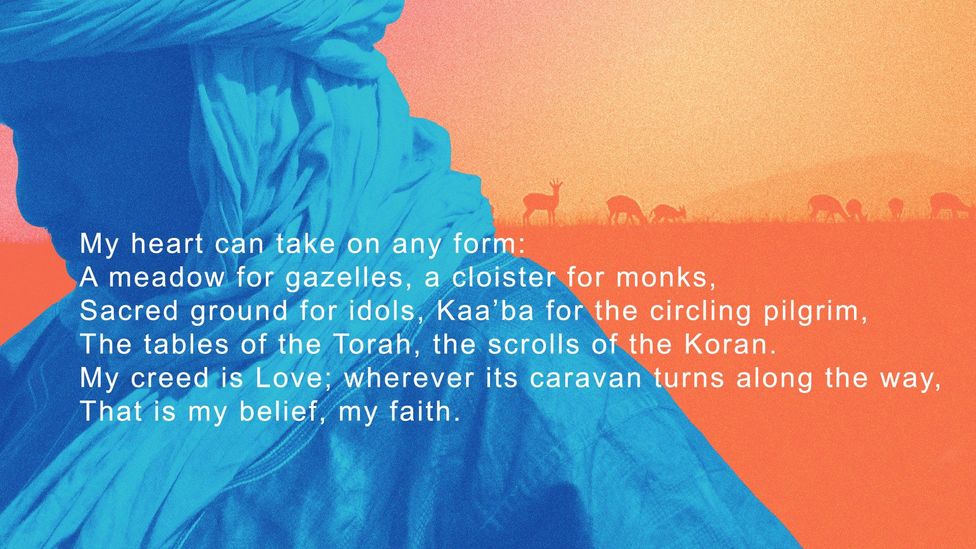 Among the Muslim poets of Al-Andalus, there was a concerted attempt to rediscover and reinvent the literary forms of Arabic, sophisticated and lyrical, rooted in the concept of fasaaha (clarity, elegance). The fire in Granada destroyed part of this heritage, but it survives in an unexpected form – in an imaginative body of Hebrew poetry, which illustrates the extent of cross-cultural exchange.

Peter Cole, the foremost translator of Hebrew poetry from Al-Andalus, argues in his book The Dream of the Poem that a major legacy of the Moorish writers was to inspire Jewish poets to emulate their work. Just as Roman authors had recast Latin to emulate Greek epic form, Jewish writers reconfigured the style of classical Hebrew. The innovations were initiated in the 10th Century by Dunash Ben Labrat, who counselled his fellow poets: 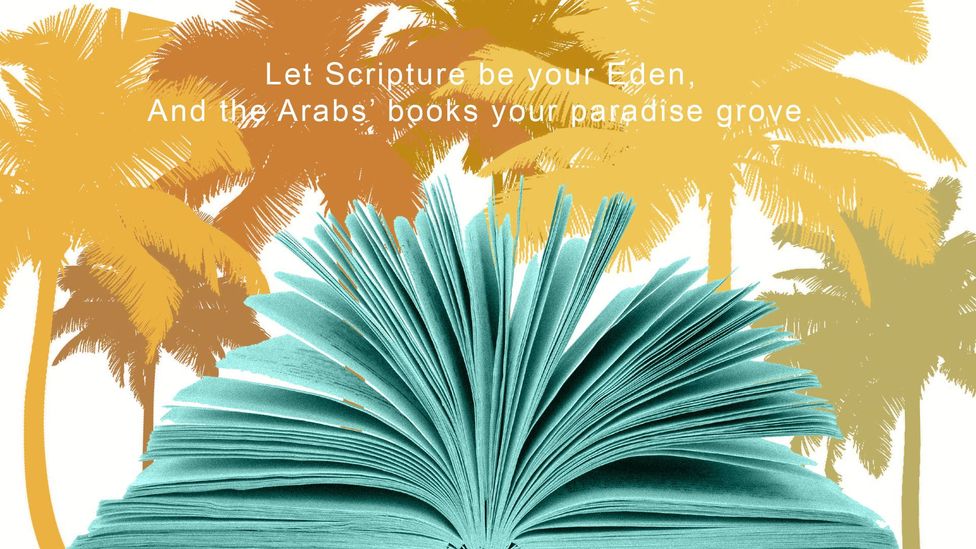 Controversially, Ben Labrat adopted Arabic poetic metre, and was accused of ‘destroying the holy tongue’ and ‘bringing calamity upon his people’. But the Hebrew renaissance that followed produced some of the most beautiful poetry in the language, and the period became known as the ‘Golden Age’ of Iberian Jewish culture. 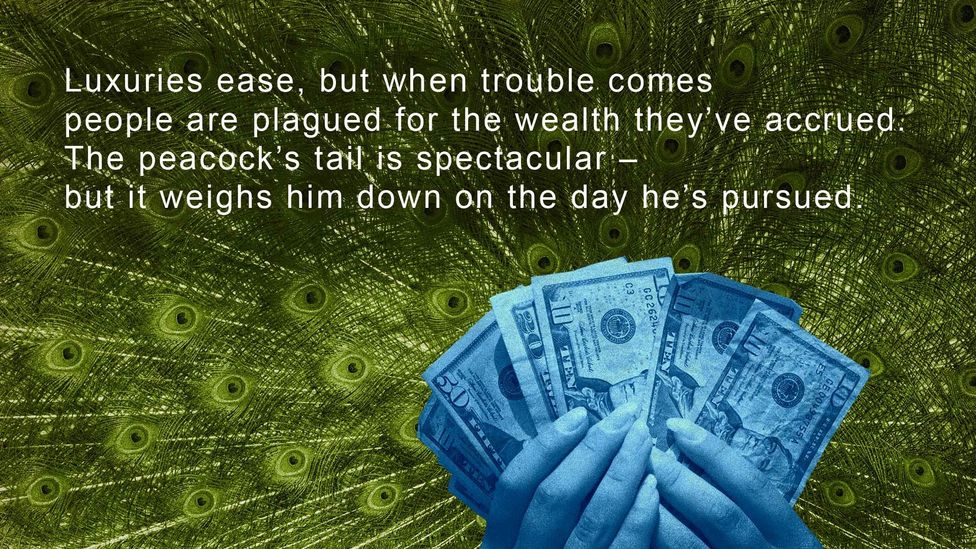 The author of these lines is one of most fascinating figures of the 10th Century, Shmuel HaNagid – prime minister of the kingdom of Granada, head of its Muslim army, and leader of Andalusia’s Jewish community. 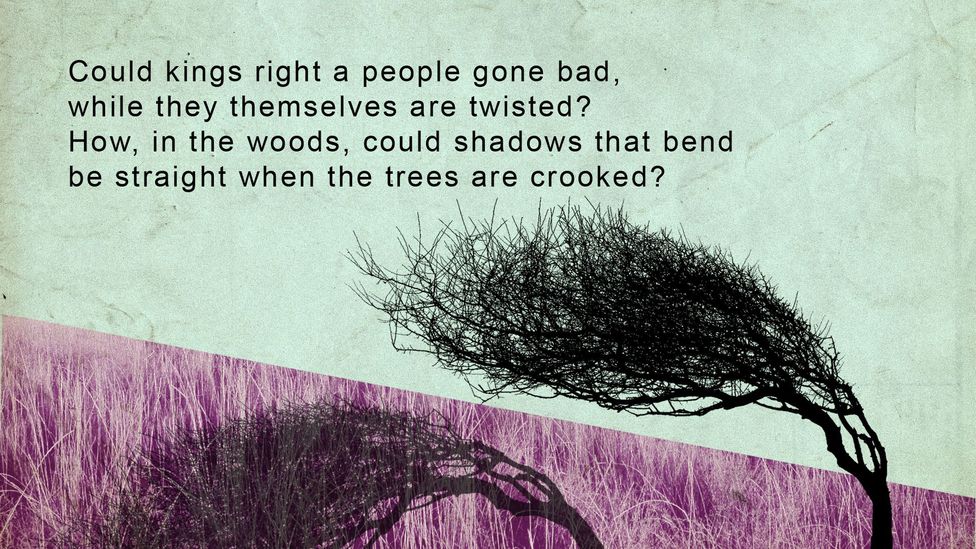 Born in Córdoba, HaNagid was discovered while working as an Arabic scribe, and his professional and literary life exemplify the interplay between cultures, as well as the persistence of universal themes: 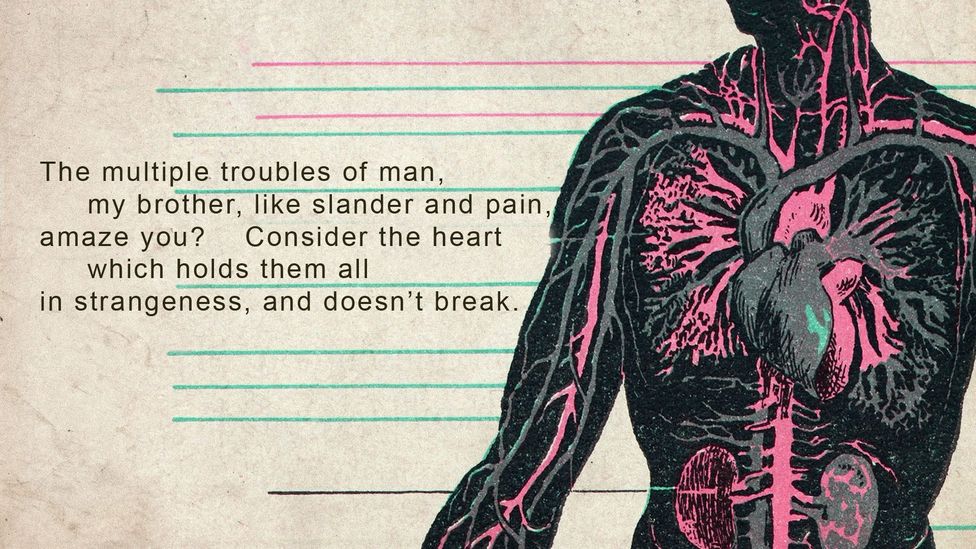 The vast majority of HaNagid’s poems were presumed lost, until they were found by chance in a crate of manuscripts in 1924. Nor was fire the only destroyer: some Arabic poetry was suppressed by Muslim clerics, who regarded it as profane and heretical. A number of the most important Arabic writers of the period, such as Bashar ibn Burd and Abu Nuwas, whose work would influence Persian poets Hafiz and Omar Khayyam, were killed or imprisoned for celebrating ‘earthly’ pleasures. 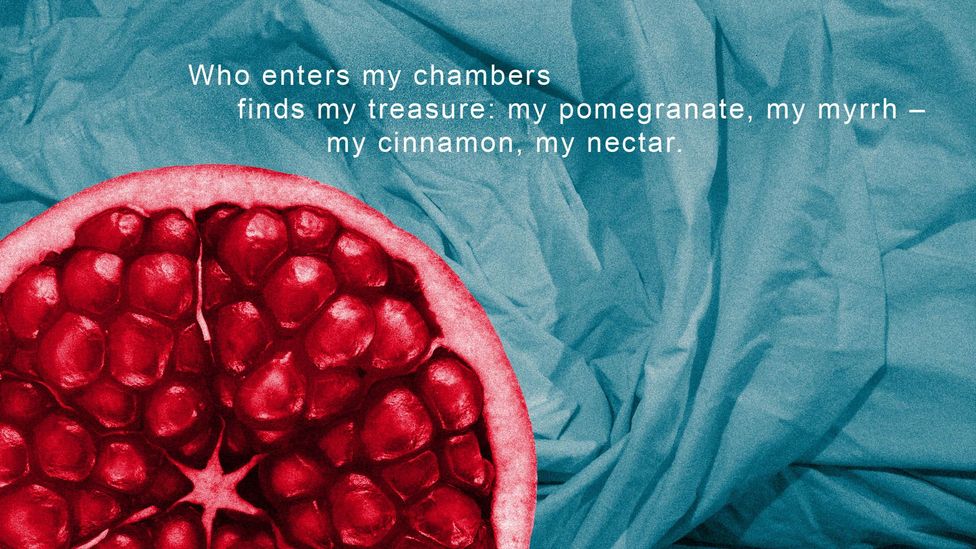 Like HaNagid, the family of Ibn Gabirol fled Córdoba as the Umayyad caliphate collapsed, and he settled in Granada, where he celebrated its opulent palaces and gardens. Ibn Gabirol’s writing ranges from bitter satire to lyrics of intense religious devotion, often with liturgical echoes. A fellow poet, Ibn Ezra, described him as an “angry spirit… a demon within”, and Ibn Gabirol defined himself as “a man of rages”, with a dark imagination: 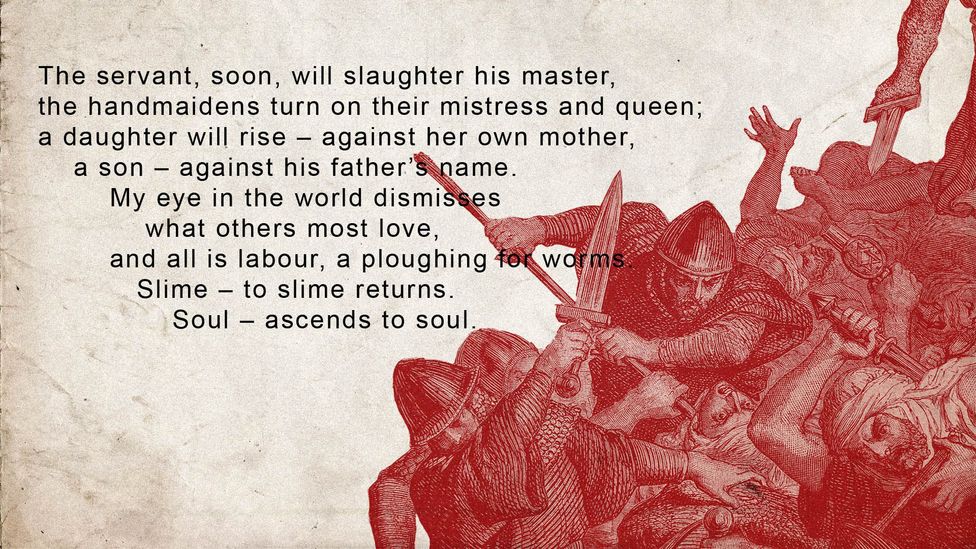 At a time of intercommunal tension, it is tempting to idealise this Muslim-Jewish period of mutual flourishing. There are critics who argue against the notion of La Convivencia – some have called it a ‘myth’, promulgated in subsequent centuries by Jews living under Christian persecution. Documentation about communal relations during this period is scant, although it is certain that the succession of the Umayyad dynasty by the Almoravids and then the Almohads resulted in greater persecution. The extent of ‘coexistence’ continues to be a subject of passionate disputation.

The most revered medieval Jewish poet, Yehuda HaLevi (1075-1141), lived under Almoravid rule before seeking refuge in Toledo, by then recaptured by the Christian king Alfonso VI. When Alfonso died, anti-Jewish riots forced HaLevi to Córdoba, where the community was also under threat, and where HaLevi developed proto-Zionist ideals (“My heart is in the East – / and I am at the end of the West”). Despite lamenting that Hebrew was “bound by Arabia’s chains”, his most famous prose work was written in Arabic, his theology incorporated Sufi and Shia devotional concepts, and much of his late poetry maintained Andalusian metrics.

Even after the Christian conquest of Toledo, Arabic was still spoken for over a century in the city, influencing the ‘Silver Age’ Hebrew poets. These included the 13th Century ironist of spiritual love, Todros Abulafia: 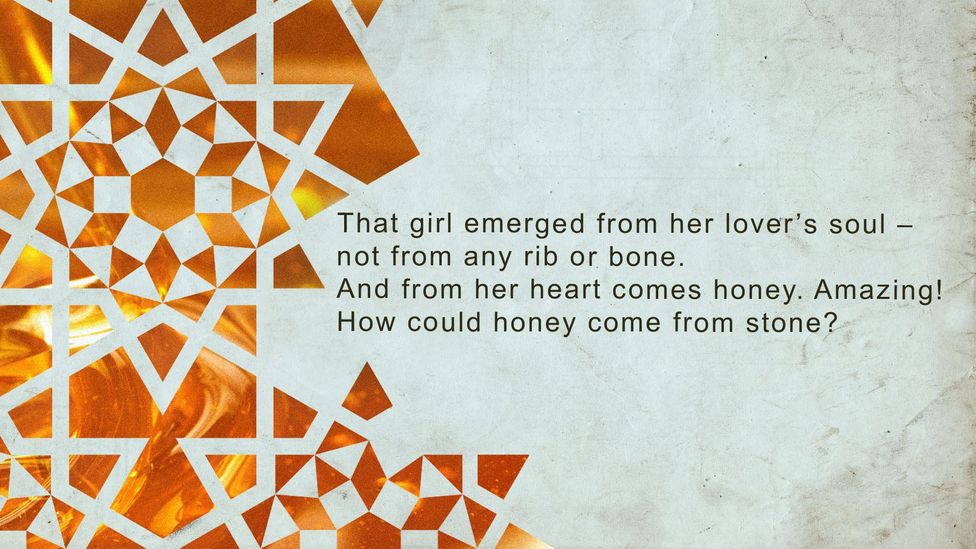 The kingdom of Granada was the last territory to fall to the Christian Reconquest in 1492, after which Jews were forcibly converted or expelled. Saadia Ibn Danaan, a rabbi who wrote prose in Arabic and poetry in Hebrew, transmitted the tradition to North Africa, and furnished the legacy with his own work. 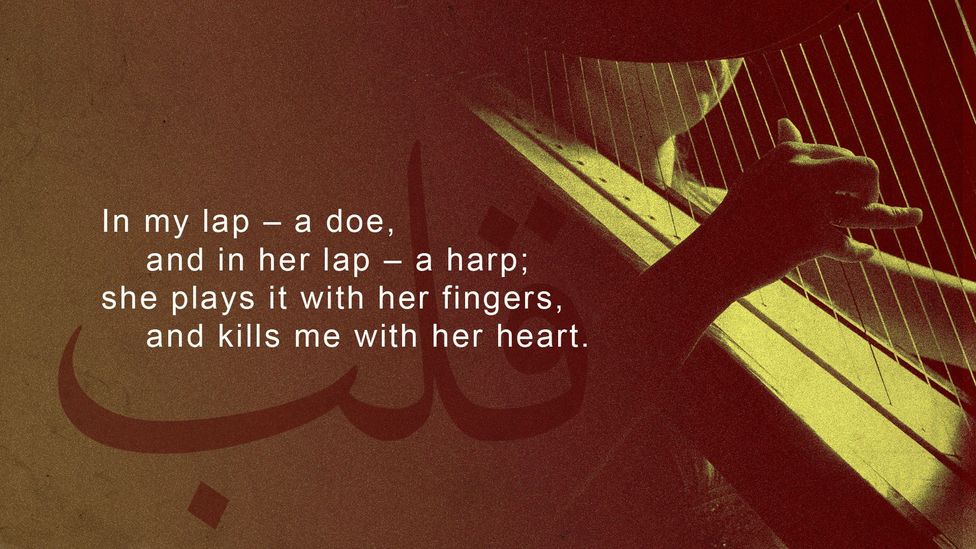 It is difficult to comprehend what was lost in the bonfire in Granada. Visitors to the city now marvel at the dazzling Alhambra, one of the world’s architectural masterpieces. Few know that after the Reconquest, the main palace was used as a prison, and that Napoleon’s forces – after looting and damaging the palace – tried to blow it up entirely. They should have heeded the words of HaNagid: 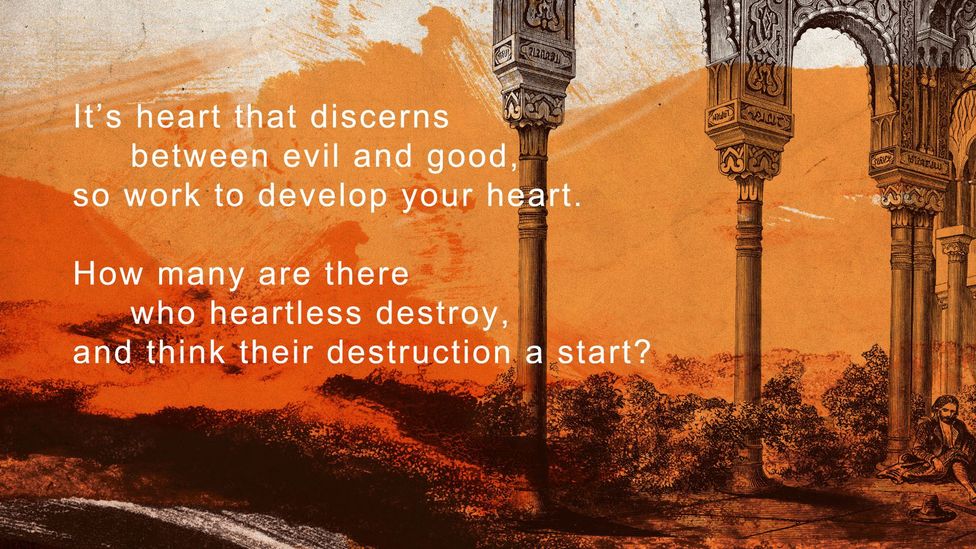