Loading
Film | Film Reviews
Spider-Man: Homecoming is ‘fun for all the family’
Share using EmailShare on TwitterShare on FacebookShare on Linkedin 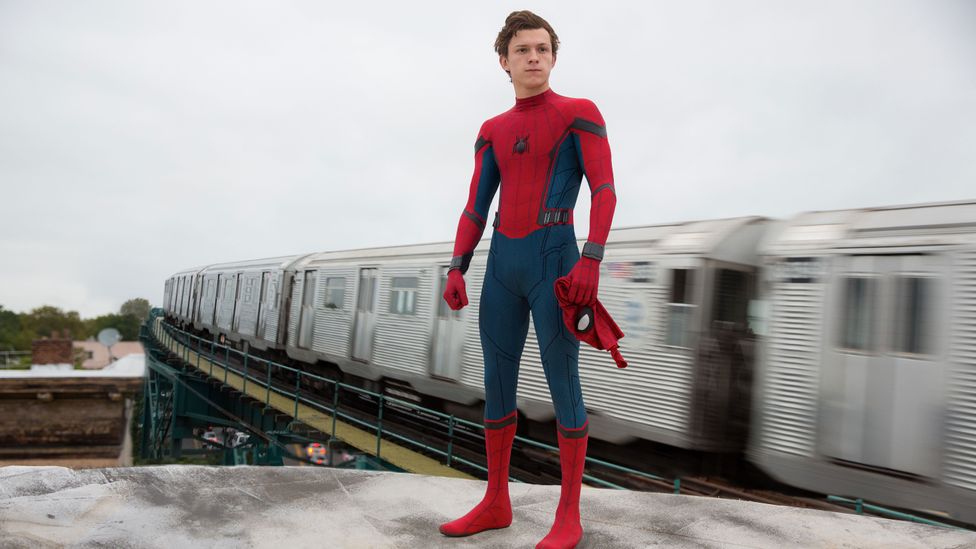 The makers of Spider-Man: Homecoming have remembered something that the makers of almost every other recent superhero film have forgotten. They’ve remembered that if you’re going to tell a story about someone in a skin-tight costume who can throw cars around like frisbees, then it should probably be fun for all the family. That’s not to say that superhero movies can’t be used to lecture us on the international arms trade, or to examine why allies fall out and turn against each other. But sometimes they should return to their comic-book roots, and offer snazzy, buoyant entertainment for children as well as for their parents - and that’s what the latest Spider-Man film does.

Directed by the little-known Jon Watts, and scripted by too many screenwriters to name, it opens with an orchestral arrangement of the web-slinger’s 1967 cartoon theme song (“Does whatever a spider can...”), a burst of finger-clicking jauntiness that turns out to be a statement of intent. This isn’t a drama about 15 demigods squabbling over some sort of cosmic doomsday device, as Marvel blockbusters so often are. It’s a warm, fast-paced coming-of-age comedy about a loveable group of teenagers - one of whom happens to have been bitten by a radioactive arachnid.

The ‘Homecoming’ subtitle has two meanings. First, there’s the high school homecoming dance that Spider-Man/Peter Parker (Tom Holland) may or may not attend. Second, there’s Spider-Man’s arrival in the cinematic universe of the other Marvel movies. In his previous outings - the Sam Raimi trilogy starring Tobey Maguire, and the two Marc Webb attempts with Andrew Garfield - Spider-Man existed in a separate reality from Thor, the Hulk and their fellow Avengers, because Marvel had sold the rights to the character to another company, Sony. But when the last Webb / Garfield film underperformed, Sony agreed to let Marvel Studios take charge of Spider-Man, which is why he turned up in last year’s Captain America: Civil War.

Don’t worry, though - Spider-Man: Homecoming doesn’t get bogged down in the Avengers’ convoluted mythos. But there are amusing allusions to Captain America, and there are appearances by Tony Stark/Iron Man (Robert Downey Jr), who sees Spidey as the son he never had. Peter is delighted by this attention. More of a Spider-Boy than a Spider-Man, he is portrayed, charmingly, as a gauche, geekily enthusiastic youngster with a pubescent squeak of a voice. And while that characterisation isn’t quite true to the comics, it immediately feels definitive. Holland, a fresh-faced British actor with a perfect American accent, was only 20 when the film was shot, and the role fits him as snugly as his red-and-blue spandex.

If Peter idolises Tony Stark, not everyone is so star-struck. The villain of the piece is Adrian Toomes (Michael Keaton), a blue-collar contractor who is employed to clear up the debris after the Avengers’ city-wrecking conflicts, only to have the job snatched from under his nose by a company co-owned by Stark himself. Understandably aggrieved, Toomes builds himself a gigantic and surprisingly sinister set of robotic wings, and goes into business as the Vulture. Refreshingly, he doesn’t want to destroy the earth or rule the galaxy. He just wants to feed his family by salvaging scraps of alien technology and Iron Man armour and then upcycling them into ray guns he can sell to criminal gangs. His combination of tooth-bearing savagery and lowly, everyman gruffness makes him one of the most memorable baddies in the Marvel rogues’ gallery - and that’s even before you recall that Keaton starred in both Batman and Birdman. It’s to the film’s credit, too, that it doesn’t refer to these earlier roles. Spider-Man: Homecoming isn’t interested in making arch postmodern quips for the grown-ups. It’s interested in making genuinely funny jokes for everyone.

Adrian Toomes’ combination of tooth-bearing savagery and lowly, everyman gruffness makes him one of the most memorable baddies in the Marvel rogues’ gallery

Naturally, the plot is leading towards a climactic punch-up between Spider-Man and the Vulture, but in the meantime our hero has plenty of other, smaller battles to keep him occupied. He struggles to control his own superpowers, as well as the gizmo-packed uniform which Stark has designed for him, so there are lots of lighthearted sequences in which he bumbles around New York’s streets and suburbs, knocking over tree houses and crashing through garden fences. He is certainly the most human of Marvel’s superhumans.

And then there is high school to think about. When Peter isn’t fighting crime, he has to contend with the other students on his Academic Decathlon team, namely the divine Liz (Laura Harrier), the sardonic Michelle (Zendaya), and the resentful Flash (Tony Revolori, the bellboy from The Grand Budapest Hotel) - a non-white ensemble that makes Spider-Man the most multiracial of all superhero films. Also on the team is Peter’s fellow nerd, Ned (Jacob Batalon), who quickly learns what his best buddy gets up to every evening, and whose banter with him gives the film the sweetness and humour of a John Hughes-ish teen comedy: Superbad with superpowers.

It’s a shame that Ned doesn’t have slightly more to do, although Peter’s Aunt May (Marisa Tomei) is even more grievously under-used: despite that subtitle, Spider-Man doesn’t come home very often. The trouble is that Watts and his colleagues have crammed too much into their two-and-a-quarter-hour film. As fleet-footed as it is compared to most superhero blockbusters, it still has too many characters and too many action set pieces, none of which is as spectacular as the Sam Raimi equivalents. Like its eager protagonist, then, Spider-Man: Homecoming tries too hard and it sometimes stumbles. But considering that it’s the sixth Spider-Man movie in 15 years, and that it features the third actor in the title role, it’s amazing that it’s as distinctive and enjoyable as it is. You might even say that it’s a marvel.