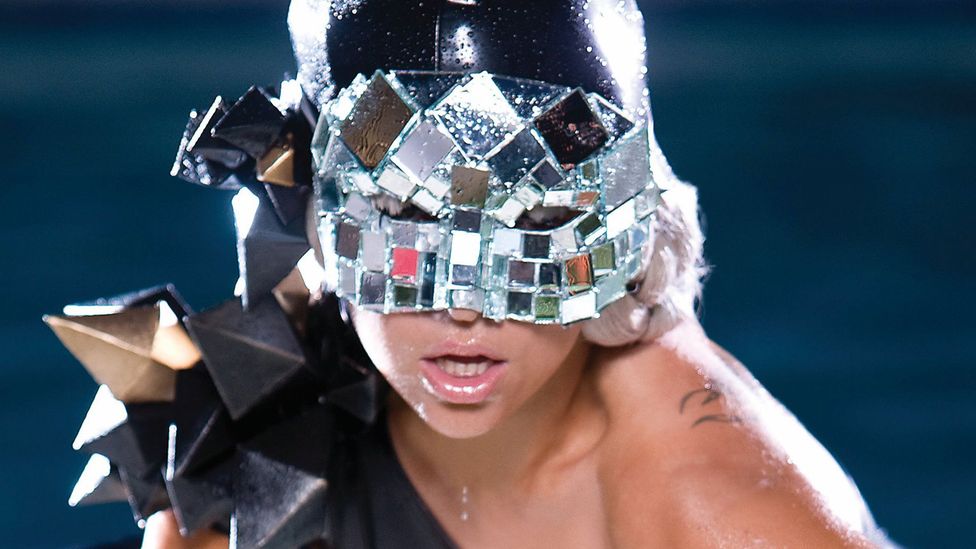 By Caryn James 13th September 2017
The pop star has a new documentary that purports to show her ‘real’ self. But it’s a carefully managed view, writes critic Caryn James.
L

Lady Gaga’s grandma seems to be the only person who actually stands up to her. That is one of the inadvertent revelations in Gaga: Five Foot Two, a supposedly bare-all, fly-on-the-wall documentary.

The film is meant to shape the next phase of her career, recasting her as a serious artist

There is a deliberate theme, too. Gaga talks to the camera about everything from her personal relationships to her role as a witch in American Horror Story. As she does, she keeps circling back to the idea that society considers strong women threatening, and that women have to push back and take charge of their own lives. Wandering around her house without make-up, feeding her dogs, she announces that her tolerance for taking rubbish from men is down to zero.

- The surprising origins of Wonder Woman

The film’s message is empowering but its subtext is more fascinating, as Gaga puts her take-charge philosophy to use. Grandma aside, Five Foot Two offers a glimpse of Gaga shaping the next phase of her image, recasting herself as a serious artist and equal-rights role model rather than a pop-star spectacle in a dress made of meat. This film is part of the reconstruction project.

Her brash irreverence makes the documentary fast and entertaining on the surface. The film was shot while she was creating her album Joanne, released last year. She is seen in the studio with her friend and producer Mark Ronson, recording a new song, now familiar as the hit Million Reasons.

There is surprisingly little music in the film, though. Instead, the cameras follow her to a family christening, to photo shoots, even into a doctor’s examination room, capturing scenes that are both raw and calculated.

Is there no reason to doubt how genuine her emotions are here?

She often talks about her physical pain, the lingering aftermath of a broken hip. She lies on a couch crying as pain travels from her head to her toes. And we hear audio of a phone call to a friend in which she talks about her loneliness. “I go from everyone touching me all day and talking to me all day, to total silence” at night, she says.

The film provides a visceral sense of how exhausting her level of stardom might be. She is constantly having her make-up and hair done. Someone is always hovering and fussing about her, pushing and pulling. She complains to friends that her career has cost her several romantic relationships. Although this is an edited version of her life, there’s no reason to doubt how genuine her emotions are.

But really: who lets cameras record a doctor’s visit except someone obsessed with her own image? Her conversation with the doctor about pain management – a stylist does her eye make-up as she sits on the examination table – is not candid. It’s imagery. The scene telegraphs: here’s Gaga being transparent, in pain yet getting ready to face the cameras, doing it for her fans.

As those millions of fans know, the album Joanne was named for her father’s sister, who died of lupus at 19, in the 1970s. Gaga says that her aunt’s death cast a shadow over her childhood, and that writing and recording the album was intensely personal.

We realise how personal when Gaga and her father visit his mother, Joanne’s mother. Sitting at a table in the modest apartment, Gaga plays the newly-recorded song Joanne on her phone. Gaga and her father are both weepy. Her grandmother is dry-eyed, and for good reason. She obviously adores her granddaughter and tells her how special she is, but says with some concern, “Don’t become maudlin over all this.” No one else in the film offers such a sensible warning. The film breezes by the line, but it jumps out as a moment of clarity cutting through Gaga’s endless navel-gazing.

The director, Chris Moukarbel, also made Me at the Zoo, the story of a YouTube celebrity, and Banksy Does New York. His style of building a film from densely-edited fragments suits the life-as-it-happens façade of Gaga: Five Foot Two. And like a magician’s assistant creating a distraction, Moukarbel’s busy style helps obscure how much the film says only and exactly what Gaga wants it to say.

All of her media manipulation doesn’t negate her message about personal acceptance for women and men. But let’s not be naïve. Gaga: Five Foot Two is a carefully designed delivery system for Gaga: Now I’m Serious.