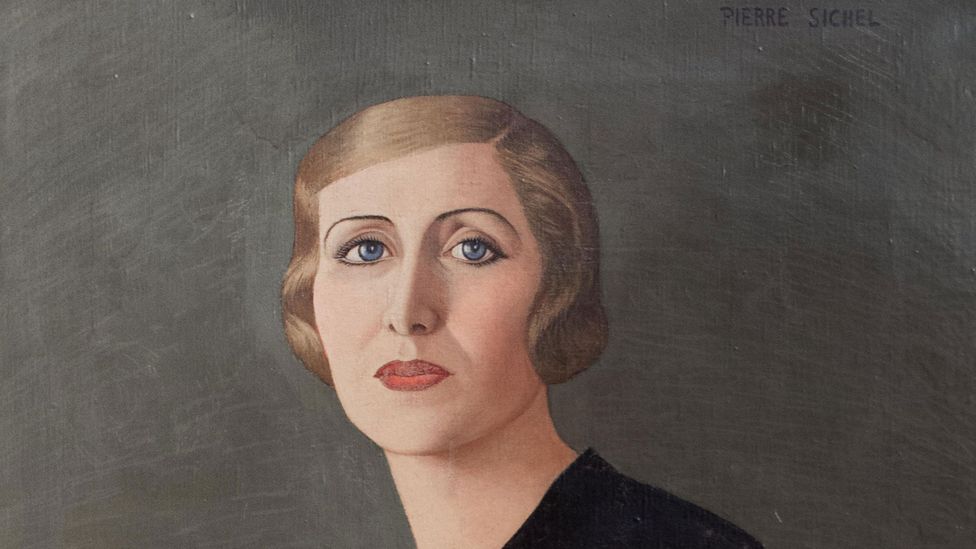 By Holly Williams 13th November 2017
The French cabaret star Suzy Solidor was once a mainstream artist with a striking awareness of the power of propagating her own image. Holly Williams looks back.
S

She is known as ‘the most painted woman in the world’: around 225 artists have captured the captivating likeness of Suzy Solidor, including Tamara de Lempicka, Jean Cocteau, Francis Bacon, Man Ray and Francis Picabia. A French cabaret star, she was a major mainstream recording artist in the 1930s – even though she sang really rather explicit songs of lesbian desire. Today, however, the chanteuse is hardly a familiar face.

Solidor was a 1930s Kardashian, with painterly portraits in place of selfies

She’d be furious, no doubt, at this slide into obscurity. Solidor was a woman ahead of her time – she matched a risqué artistic persona with shrewd business acumen, and possessed a striking awareness of the power of propagating her own image. She was probably the first woman to own a nightclub in Paris, La Vie Parisienne, where she would perform in front of a line of portraits of herself – the more she favoured the painting, the closer it would be to her (less flattering works were stuck by the toilets). For the artists, it was considered invaluable advertising. 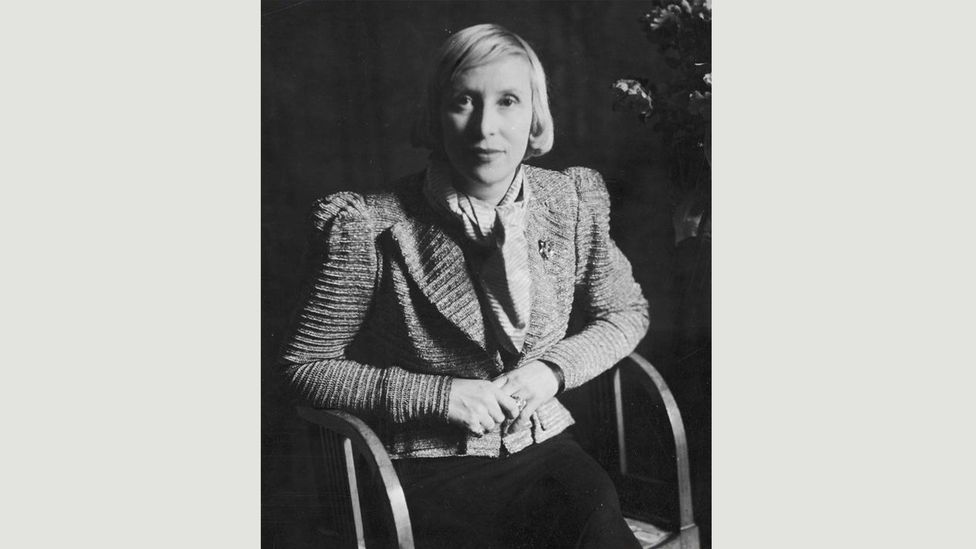 Solidor was a woman ahead of her time – she matched a risqué artistic persona with shrewd business acumen (Credit: Alamy)

You could consider Solidor a 1930s Kardashian, with painterly portraits in place of selfies. Solidor was hyper aware of her own image, and unabashed at turning her sex life and her body into a commodity. Adept at self-mythologising, she was, however, always true to her own sense of self, her own artistic urges: this was no ‘lipstick lesbianism’.

“Now, when [celebrities] present themselves as gender fluid or out-there in their sexuality and desires, it seems to be a little bit of a pose: you get pop stars flirting with it, but their songs are never full throttle like these,” says Jessica Walker, a performer whose show about Solidor, All I Want Is One Night, has been seen at Manchester’s Royal Exchange theatre and at Wilton’s Music Hall in London; it will be part of the Brits off Broadway Season in New York in 2018. 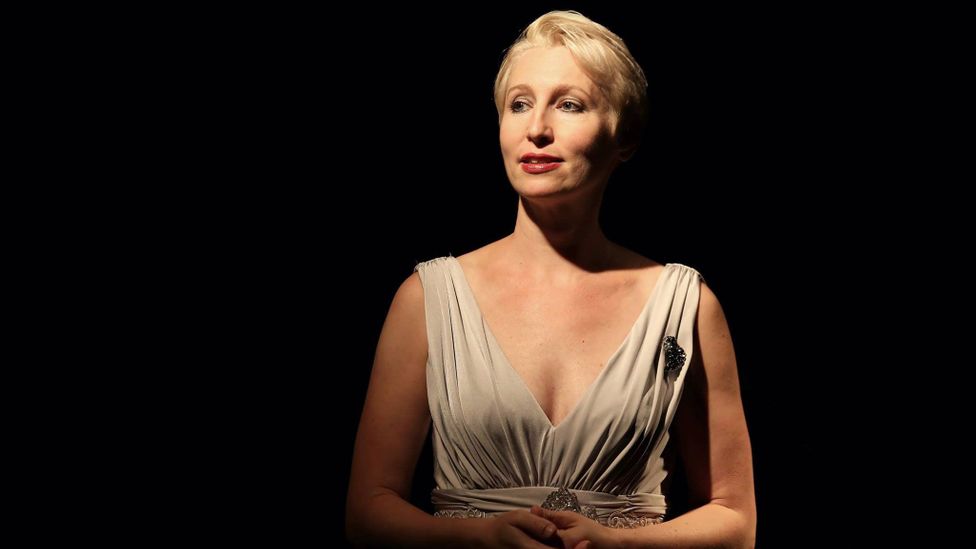 Jessica Walker produced and performed in a show about Solidor, called All I Want is One Night (Credit: Shay Rowan Photos)

Walker delved into Solidor’s story after stumbling across her songs – and was surprised at how little known she was, given she had such a dramatic life. Solidor was born in St Malo in Brittany. Her mother had worked as a charwoman for her father, a lawyer, who did not recognise the child (although he would get in touch once his illegitimate daughter became a famous singer). He was, however, a descendant of the Privateer Robert Surcouf – a fact that Solidor made the most of. She liked to sing saucy sea shanties, and her paintings often depicted her in a nautical setting: on the prow of a boat, as a mermaid, or a buccaneering captain. 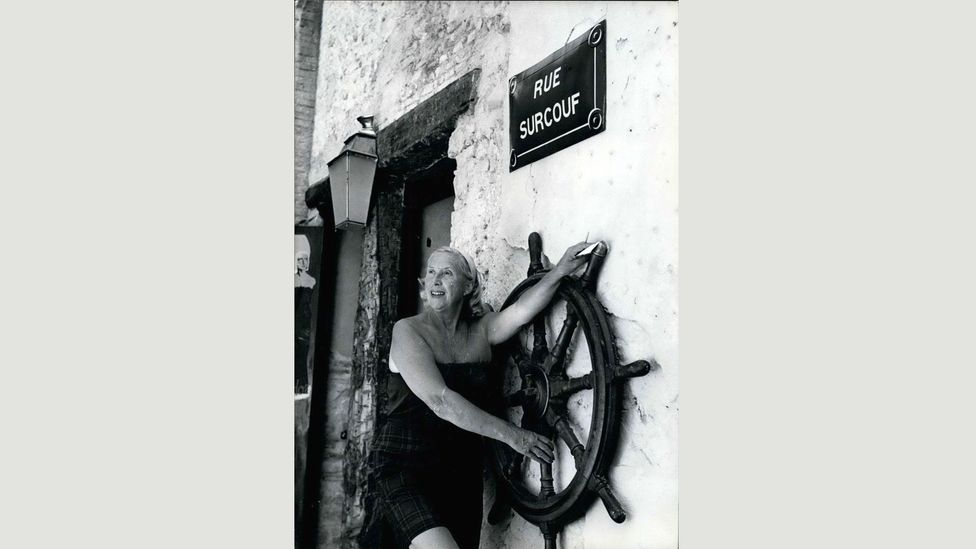 She left home at 17, volunteering to drive an ambulance during World War One, and afterward moved to Paris, where she became the pet project of a wealthy lesbian antiques dealer. Solidor opened her own nightclub in 1932, but after keeping her establishment open during the occupation in WWII, stood trial as a collaborator – one reason, Walker suggests, that her legacy has been squashed. Solidor returned to France, however, opening a new club in the Cote d’Azur. Later in life, she began cross-dressing as a man and demanded to be referred to as ‘the admiral’.

Plenty of material for a show, then – and a fun back catalogue too, which Walker translated into English. “People are really shocked, because they’re rude: she sings about not only her desire for women but what’s she’s going to do them; what bits she’s going to touch. It’s amazing she was such a big recording artist – they’re explicit and yet she’s mainstream.”

Solidor’s number Ouvre, for instance, which invites a lover to “open your trembling knees, open your thighs”, became a “sort of lesbian anthem”, claims Tirza True Latimer, a US academic, in Women Together/Women Apart: Portraits of Lesbian Paris. While there was a rather avant-garde, Sapphic intelligentsia in the city at the time (think Gertrude Stein, Claude Cahun, Djuna Barnes), Solidor wasn’t part of it. She was more showbiz celebrity, a regular in the gossip columns and taking odd roles in the movies (she played a nightclub proprietor who introduces a young flapper to opium and same-sex eroticism in La Garconne in 1936). 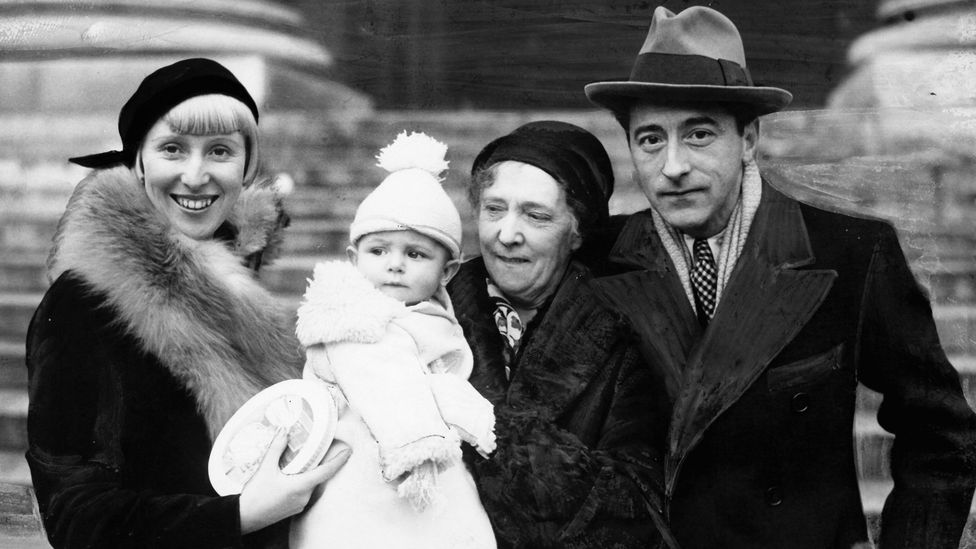 Her nightclub was no underground secret, but rather a regular haunt for aristocrats and businessmen, as well as artists and lesbian demi-mondaines. Other big names, including Edith Piaf and Marlene Dietrich, sang on her stage – hundreds of Solidor portraits eying up their competition.

The portraiture began when Solidor moved to Paris, and was taken up by Yvonne de Bremond d’Ars, an antiquarian. Her shop was next to fashion designer Jeanne Lanvin, and soon Solidor became a model for couture swimwear: she would stroll up and down the beach at Deauville, advertising the often rather outlandish bathing suits made of fishnets and mother-of-pearl.

She was always a shape-shifting thing, slippery as a mermaid

“She sculpted me,” Solidor declared of Bremond d’Ars, who provided her with elocution and music lessons, as well as commissioning the first portraits of her. “Solidor started off being a bit of a puppet for someone else’s imagination,” suggests Walker. But after a decade, the puppet cut her own strings: she left her lover, but kept her contacts, launching a career as an entertainer.

With her trademark short blonde bob, and dressed in fabulous flowing gowns that emphasised her curves but also the handsome broadness of her shoulders, Solidor played with a sort of sexed-up androgyny, which her husky voice also emphasised, performing songs usually performed by men, about seducing women. Cocteau famously described it as a voice that “issues from her sex.” 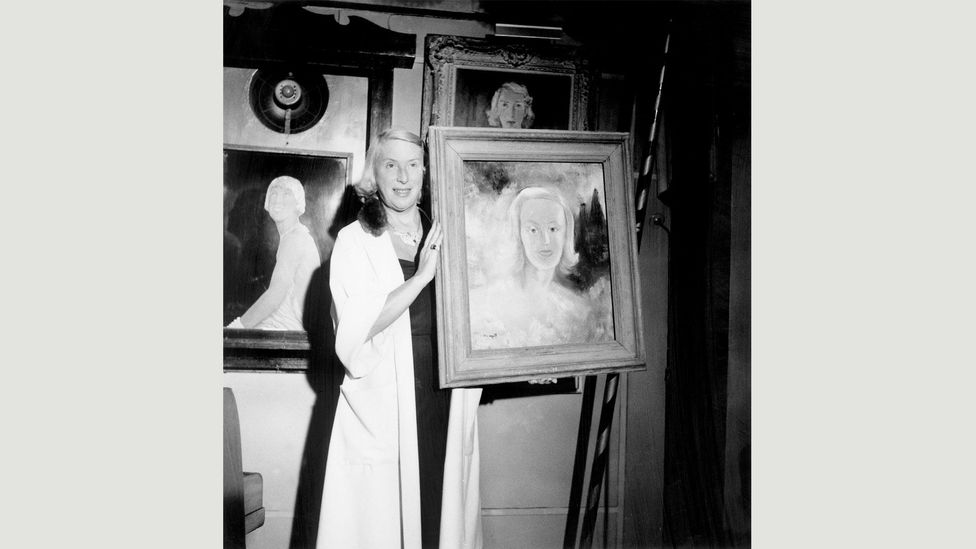 Solidor was a showbiz celebrity, a regular in the gossip columns and took odd roles in the movies (Credit: Bridgeman Images)

While she had male lovers, she was open about her preference for women: she recorded a whole album called Paris-Lesbien, for instance, and her lovers included Tamara de Lempicka, who painted probably the most famous image of Solidor, a gorgeous nude. And this identity did her no harm: her “self-identification as a womanizer … undeniably ramped up her allure as a celebrity,” writes Latimer.

Her fame allowed her to ride out the Nazi occupation: the club remained open – and popular with the Germans. She worked under her own moral code: ‘Solidorian principles’, as she called it.

“If you wanted to keep working you had to have your licence approved by the Nazi occupiers, and to sign a document to say you were a member of the Aryan race,” explains Walker. Solidor did. “If you think your life is in danger and your living is in balance – you do what you have to do. Well, I think she did a bit more than what she had to do!” 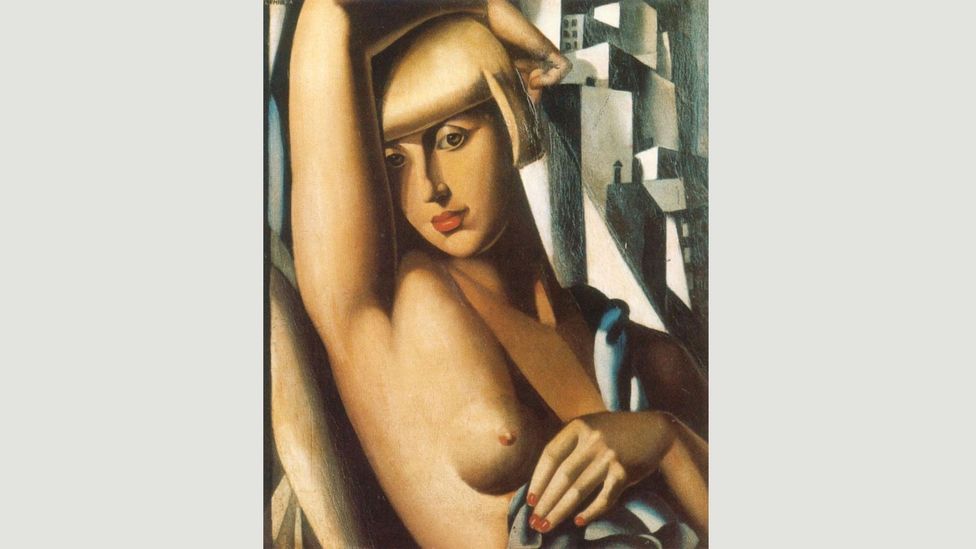 But while this canny operator no doubt profited from the situation, the picture of collaboration might just be more complex, Walker suggests. “There is also documentation to suggest that she helped Jewish people get out, she got hold of papers for them. I think she was a double agent actually: from my research I reckon she was passing information to the Resistance, from the Germans when they were drunk in her club.”

Either way, she was convicted as a collaborator and had to leave France after the war. She travelled around the US – taking her favourite paintings with her, to decorate stages, Solidor-style. She was a hit in New York, but returned home, and ultimately settled in Haut de Cagnes in the south of France in 1960, starting a cabaret bar in her basement.

Her reinvention as ‘the admiral’ – a masculine figure who strode around in full regalia – might seem like another cheery gender-fluid wink from the past. But for Walker, there’s a sadder note to this final persona. 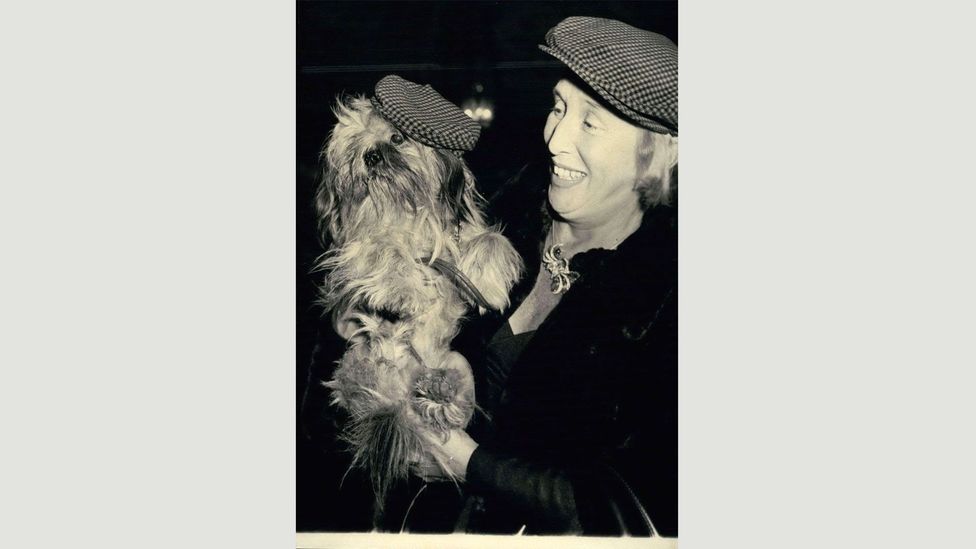 Solidor ultimately settled in Haut de Cagnes in the south of France in 1960, starting a cabaret bar in her basement (Credit: Alamy)

“When she was an old lady she drank a lot of whisky and got very fat and didn’t manage to stay physically attractive much beyond 50,” she says candidly. “She wore a uniform, I think, really because she knew she looked better in a suit.” There was a sadness to Solidor retreating behind this mask: “She always had a real need to seduce people and to be desired,” Walker suggests. The loss of her looks seems to have been painful for a woman who built a career on them.

But then Solidor, who died in 1983, was also always a woman of many faces. Forty of her favourite paintings are still on display in a museum in Haut de Cagnes, and looking at images from across her career, she was always a shape-shifting thing, slippery as a mermaid. There’s boyish youthful innocence and Amazonian glamour, fierce piratical swagger and slinky siren sex appeal. Retired admiral might not have been her favourite face to show the world, but it was only one among hundreds for the most painted woman in the world.