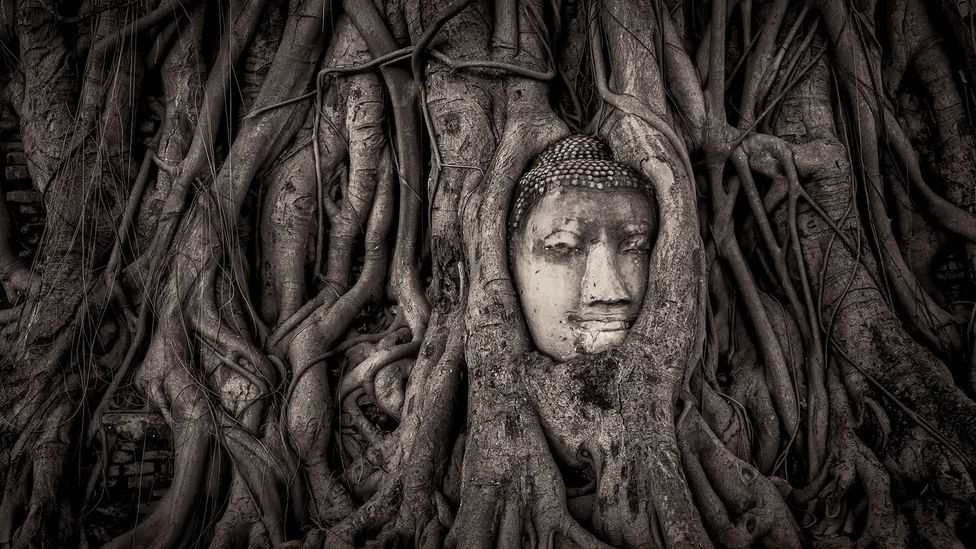 After a photo of an ancient sculpture of Buddha was shortlisted for a prize this week, Kelly Grovier finds echoes in the work of Picasso and Cézanne.

A face peers eerily through a curtain of roots. Its gaze is drowsy, blissfully so, and struggles against the slow slip of stony eyelids. Despite the claustrophobic crush of vegetation all around, the faint fossil of a smile survives – smouldering in the gloom. Captured in black and white, this tight tangle of tendrils and stone – of gnarled shadow and chiselled light – is strangely affecting.

The image, taken by the Welsh travel photographer Mathew Browne, was shortlisted for this year’s Historic Photograph of the Year Award, whose winners were just announced. Browne came across the ensnared head on a visit to the 14th-Century Buddhist temple, Wat Mahathat in central Thailand, which was sacked in 1767 by an invading Burmese army and left in ruins.

What fascinates most is the sense of gradual erasure that seems to deepen before us – of nature slowly eradicating every trace left by the ancient sculptor who created the ruined statue of Buddha almost 700 years ago. Browne’s photo vibrates with the same poignancy one feels visiting a cemetery and finding the names on the gravestones weathered illegibly smooth – hidden behind a soft amnesia of gossamer and moss. And yet, for all its melancholy, a curious resilience in the countenance of the embattled Buddha burns through, rescuing it from complete despair. 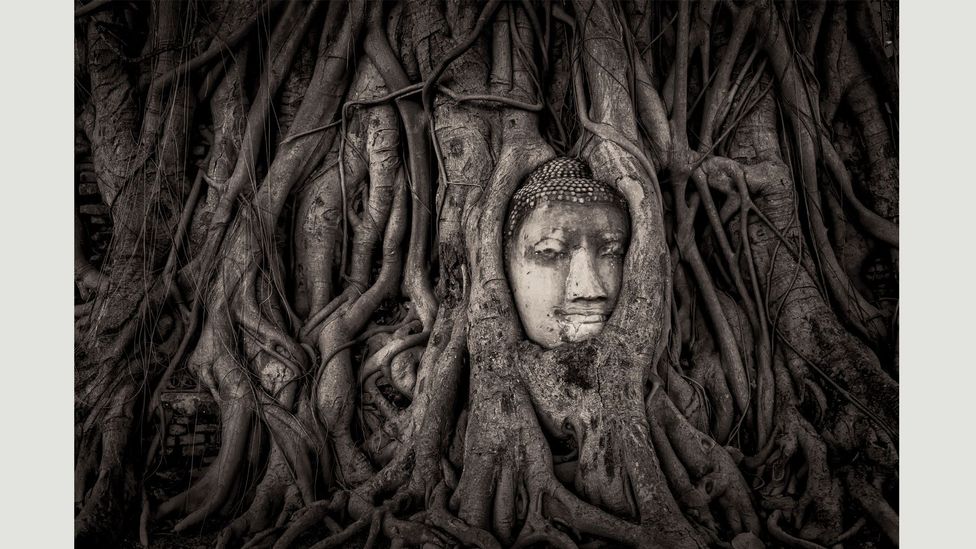 Look again at the sage’s inscrutable expression and it begins to strike an unexpected equilibrium with the impinging roots, as if invigorated by the life force that cradles it. Suddenly, the relic seems less under threat by the surrounding trees than carefully sculpted from them. Suspended amid a jigsaw of geometric joints and elbowing shadows, the Buddha’s mask-like face – his sharply cut nose and angular jaw – seems more and more Cubistic, as if on the verge of dissolving into the dense shatter of shapes that surround it.

Key to the emergence of Cubism in the early years of the 20th Century was the pioneering vision of Paul Cézanne. In particular, a clutch of late studies of nude women bathing by a river that the groundbreaking Post-Impressionist tinkered with for the last decade of his life, but which were not shown until after his death in 1906, ignited the imaginations of Pablo Picasso and Georges Braque. Inspired by Cézanne’s ability to ossify flesh into sculpted stone and petrify the atmosphere around his figures into something edgy and palpable, Picasso began experimenting. 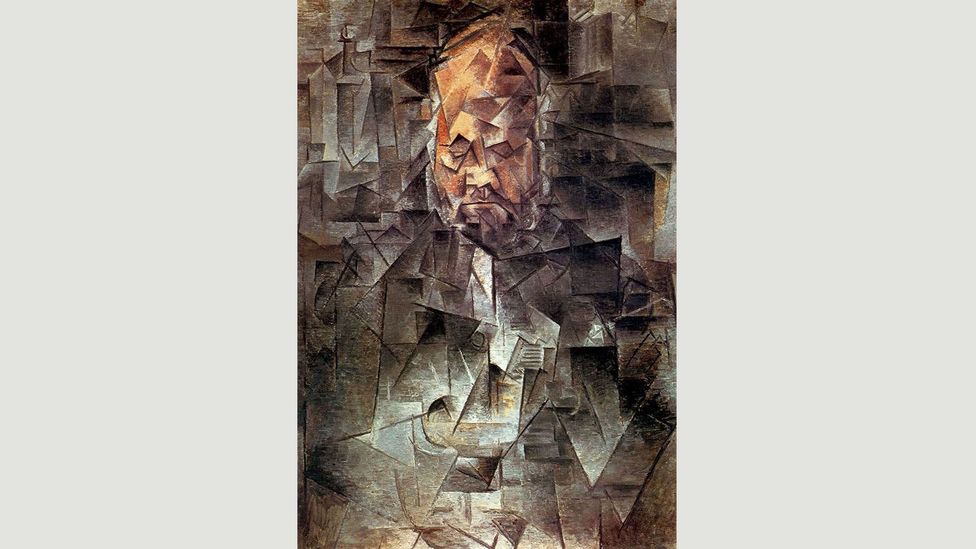 Among his early works indebted to Cézanne is a portrait of the art dealer Ambroise Vollard, who shared an admiration for both artists’ work and who had helped promote Paul Gauguin and Vincent van Gogh. Through the lens of Picasso’s portrait, the world becomes neither organic nor inorganic, but a judder of pure rhythm. Everything ultimately submits itself to that underlying energy. Placed alongside this week’s photo from Thailand, Portrait of Ambroise Vollard casts unexpectedly companionable light. Both images share a sensibility that all things, whether living or inert – root or sculpture – are aspects of a deeper pattern. The splintered visage of Picasso’s painting and the Buddha in Browne’s photo inhabit a shared space where flesh and stone are conjured into knots of luminous darkness and shadowy light.