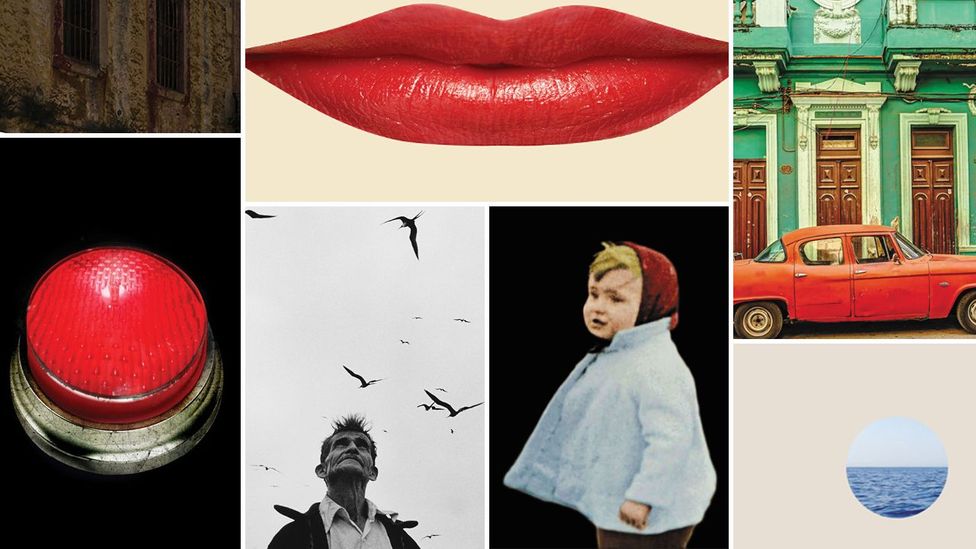 By Jane Ciabattari 30th November 2017
From essays about Cuba’s transformation to a history of US nuclear policy, these titles should sit on your shelf, writes Jane Ciabattari. 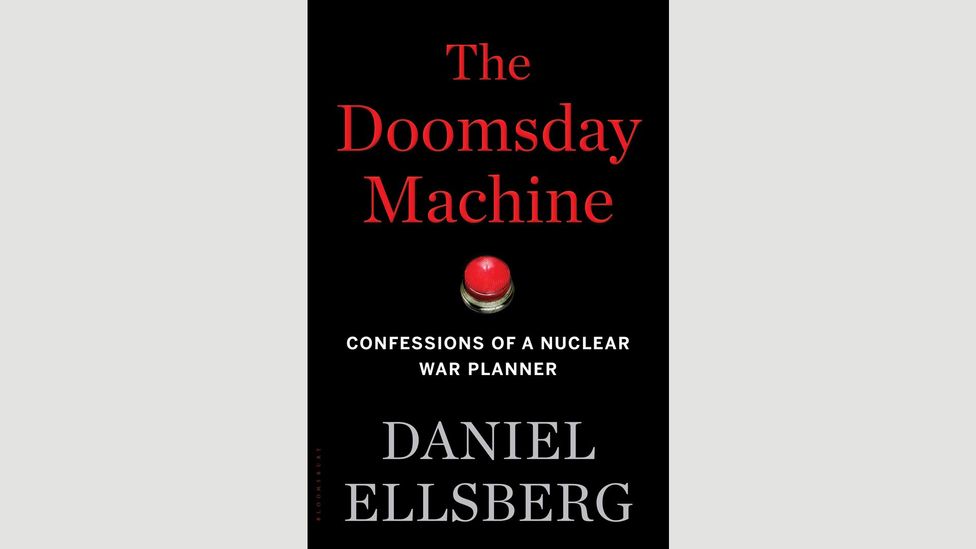 Ellsberg is a former Rand corporation consultant who witnessed first-hand the tensions of the Cuban Missile Crisis and other nuclear crises of the Eisenhower and Kennedy years, including Korea, Berlin, Quemoy, Lebanon and Suez. In 1971, Ellsberg became famous as the whistleblower revealing the extent of US involvement in Vietnam via the Pentagon Papers. Now he’s sharing further top secret papers that reveal “the peril that US nuclear policies… had created”, which he copied 45 years ago and have been unreleased until now. His story of the build-up of nuclear weapons in the post-war years is essential reading as the spectre of nuclear war looms yet again. “Tragically, I believe that nothing has fundamentally changed,” he writes. (Credit: Bloomsbury) 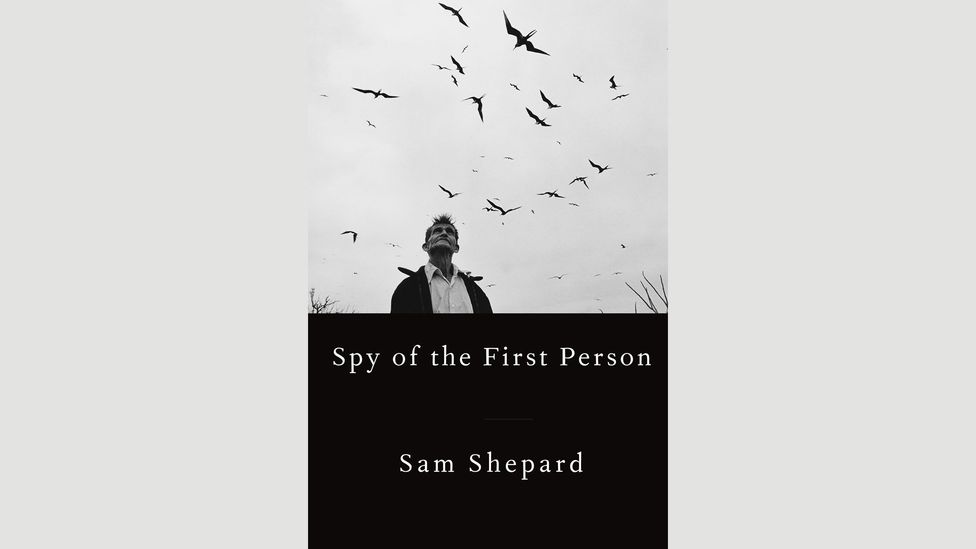 Shepard, the award-winning playwright, author and actor who died in July wrote this novel in the final months of his life. As it opens, an old man, whose end is near, sits on the porch in a desert of the American West, rocking all day. A younger man across the road observes. As the narrator’s body grows weaker, his days are filled with trips to the clinic with loved ones, and a cascade of memories – orchards, surfers, the mid-1970s. He describes being “exhausted from the chaos of this era” – “Napalm. Cambodia. Nixon. Tet Offensive. Watergate. Secretariat. Muhammad Ali”. Shepard sprayed his bohemian youth across the stage in searing plays like Cowboy Mouth and Fool for Love. Now he has rendered the thoughtful, interior months of his own last act into spare and profound prose. (Credit: Alfred A. Knopf) 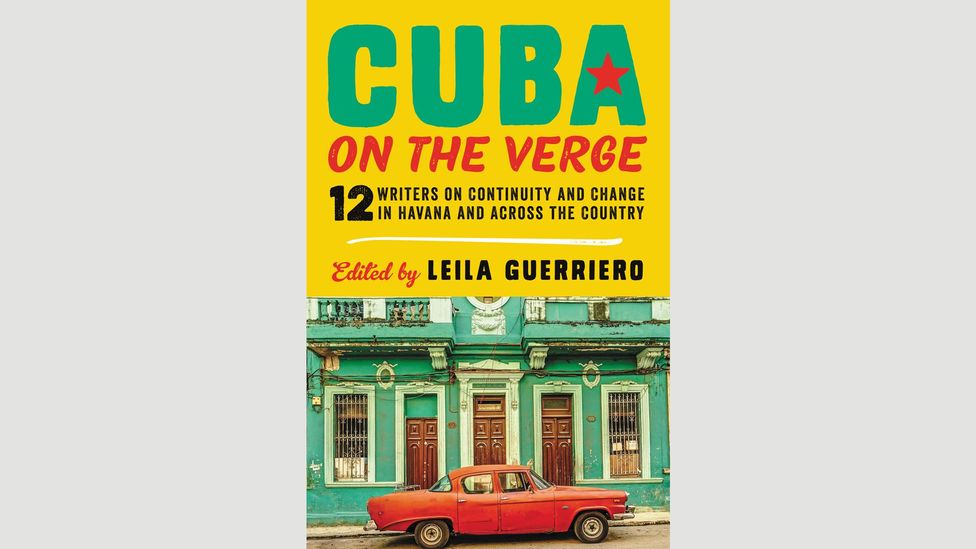 Argentine journalist Leila Guerriero gathered essays by 12 writers exploring Cuba’s transitions and contradictions in this new collection with the subtitle 12 Writers on Continuity and Change in Havana and Across the Country. “For some it’s a fantasy island,” she writes. “For others, it’s a prison.” The New Yorker’s Jon Lee Anderson describes shifts in the political climate from the early 1990s to Barack Obama’s visit in 2016. On a visit to his father in Miami, Carlos Manuel Álvarez tracks down René Arocha, the first Cuban baseball player to abandon an official team, in 1991. Patricia Engel writes of traversing Havana regularly with her friend Manuel, a taxi driver. Rubén Gallo describes how a once clandestine bookshop selling banned Cuban literature changes from 2002 to 2014. Francisco Goldman revisits the Tropicana after 25 years: “It was like returning to a lushly primeval mythical island,” he writes. (Credit: Ecco) 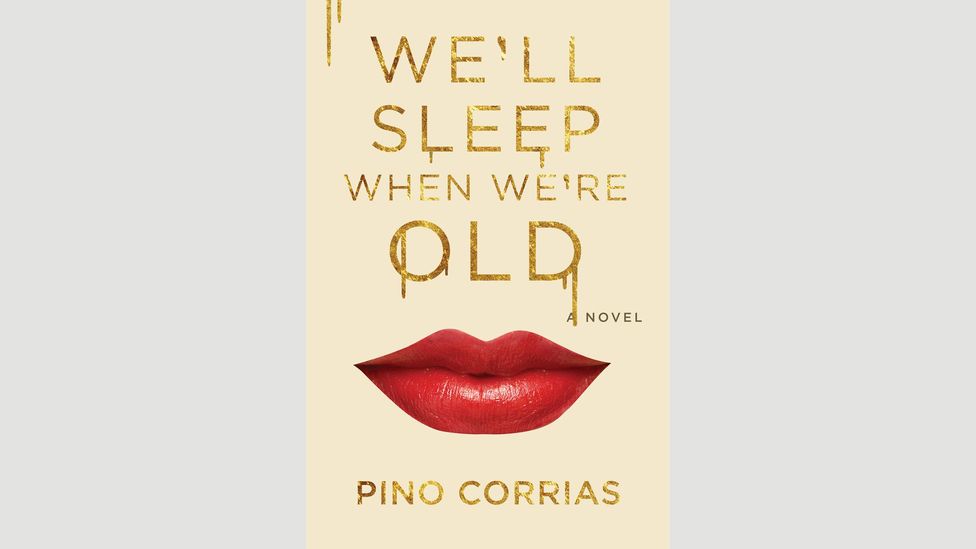 La Dolce Roma and its “outlying sprawl” are centre-stage in this film-focused thriller, translated from the Italian by Antony Shugaar, involving a convoluted love triangle. Oscar Martello is an up-from-poverty film executive who values his perch among the privileged few and dreams of one day owning the Cinecittà film studio, which Fellini called ‘the Threshold’. His collaborator Andreas Serrano is a foreign correspondent-turned scriptwriter. Jacaranda Rizzi is the secretive woman who stars in their latest project, which is doomed to catastrophic failure. How to save it? Their scheme revolves around a disappearance timed to the film’s premiere, but things go awry, and Oscar’s opulent villa goes up in flames. Corrias, a Rome-based journalist and TV producer, knows this world, with its dark edges and dramatic vendettas, its paths reversing so the players go up or down, down, down. (Credit: Atria Books) 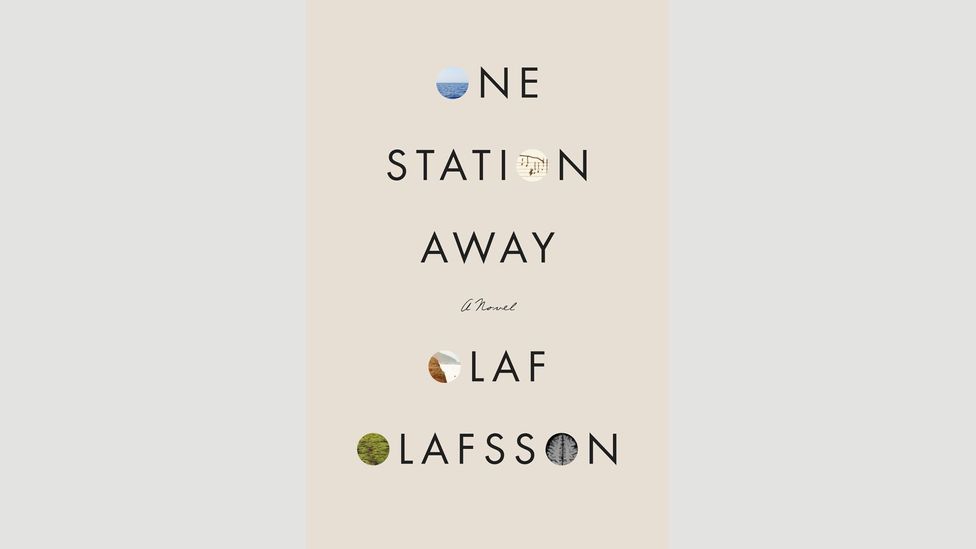 When we meet Magnus, the neurologist who narrates Olafsson’s fifth novel, he has just convinced a colleague to inject him with a paralysing drug so he can experience the state of his research subjects with extreme brain injuries, and tell if they retain consciousness. His highly tuned empathy extends to his mother, an unsung pianist who, at 70, has just released a series of CDs to surprising acclaim; to his lover Malena, a Buenos Aires-born dancer who disappears suddenly, and to an unnamed patient in a coma after a motorcycle accident who may be an illegal immigrant. One Station Away is acutely observed, weaving a spiral of memories, grief for lost love and ethical questions that face researchers with high aspirations. “It’s not easy always being one station away,” Olafsson writes. (Credit: Ecco Books) 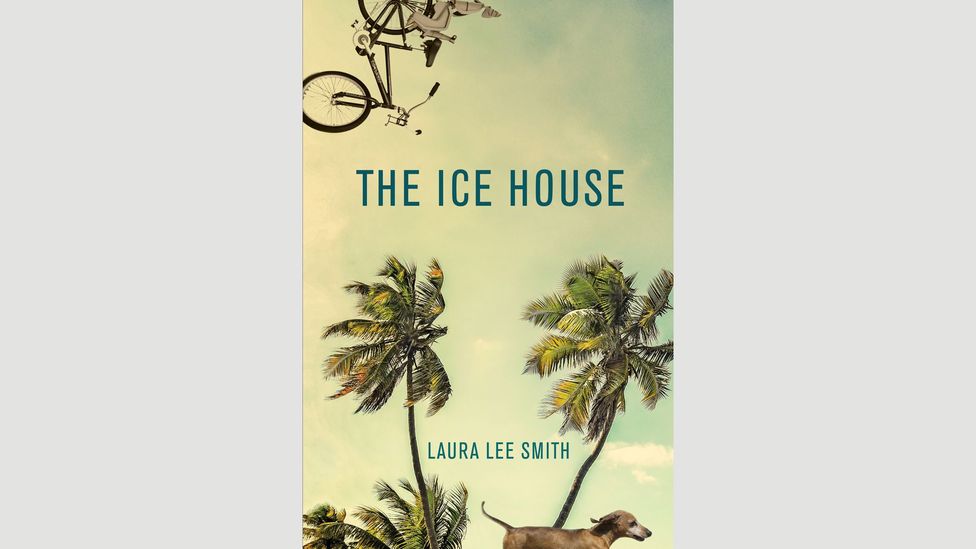 One morning, Scottish-born Johnny MacKinnon wakes with a fierce headache that turns out to be a brain tumour. He’s already over his head facing $750,000 in fines for a ruptured ammonia tank at the ice factory he and his wife Pauline run in Jacksonville, Florida. There’s even an invasion of frogs at his house. With his life and livelihood both at risk, he takes off for Scotland to track down his estranged son Corran, a frequently relapsing heroin addict. Corran is struggling to stay clean while being a single dad to his baby daughter. The Ice House is both serious and lively, leavened by humour, filled with distinctive characters. Smith moves fluidly between Florida and Scotland, the present and the past, deftly evoking the complicated dance of distance and reconciliation. (Credit: Grove Press) 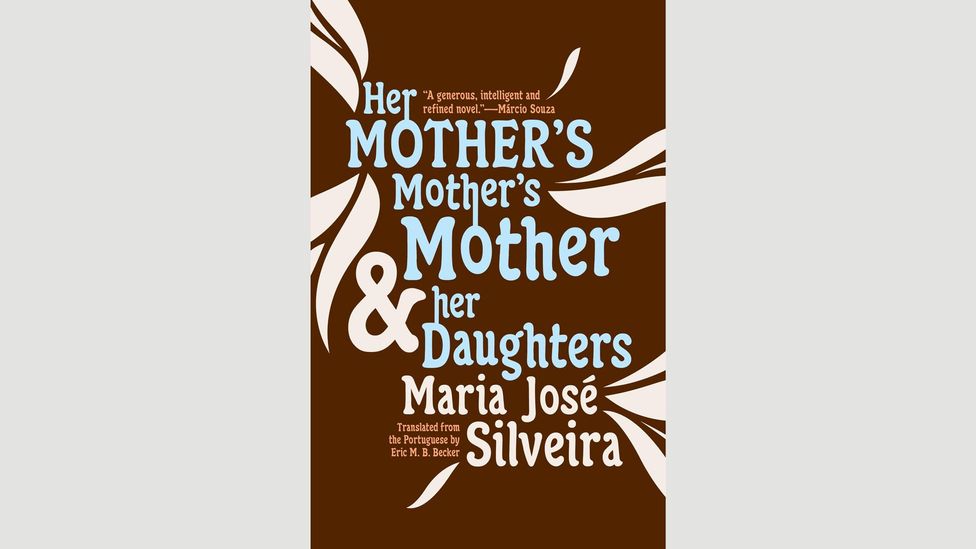 The first of 10 novels by Brazilian author Silveira traces centuries of her country’s history through the linked lives of 20 women. “I’ll tell you all the story of the women of the family,” she begins. The women helped build the country from the ground up, but also included madwomen and murderers. The first woman in her tale is Inaia, born to a Tupiniquim warrior and his wife in April 1550, on the day Portuguese sailors first appeared on the horizon. She grows up with the belief that we were “born to find pleasure in each day”. Silveira continues through Maria Flor, an urban millennial born into “an avalanche of information and possibilities... of violence, poverty, calamity, traffic jams, new diseases, obsessions, stress.” A panoramic and illuminating chronicle. (Credit: Open Letter) 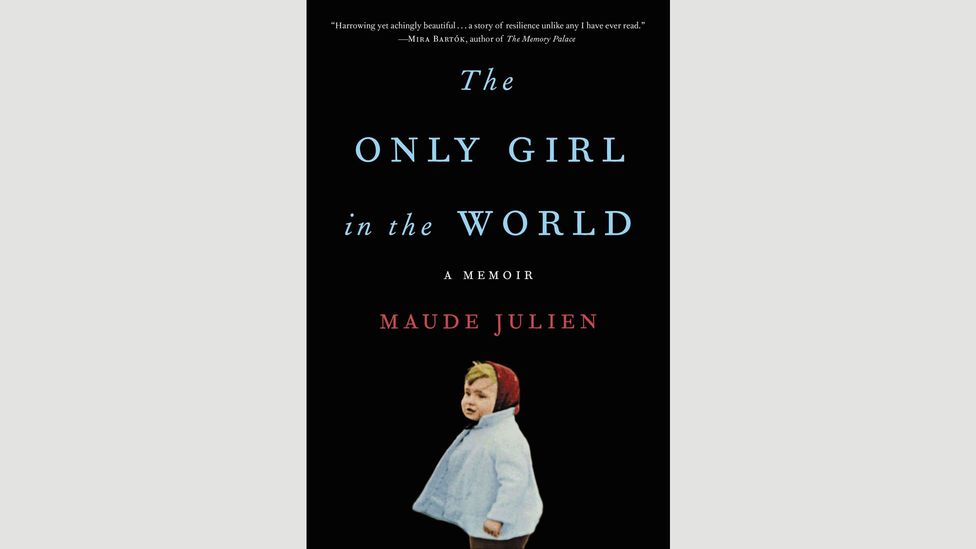 She refers to her father as “the Ogre”. He is determined to make his child a superhuman being who will “raise up humanity”. At the age of four, she is “a bundle of indomitable will”, she writes. He withdraws with her and her compliant mother into an isolated house to “tame” her. Even her beloved dog is imprisoned. Through brutal deprivations, “willpower training” with alcohol, a rigid schedule, and a workload of 16 hours a day, he breaks her down. Long after she leaves her father’s house she suffers terrible nightmares and attacks of muteness and anxiety. Ultimately she becomes a therapist herself. Julien’s memoir, translated from French by Adriana Hunter, is challenging, horrifying, and a testament to her resilience. She also offers a valuable analysis of extreme methods of manipulation and psychological and emotional control. (Credit: Little, Brown) 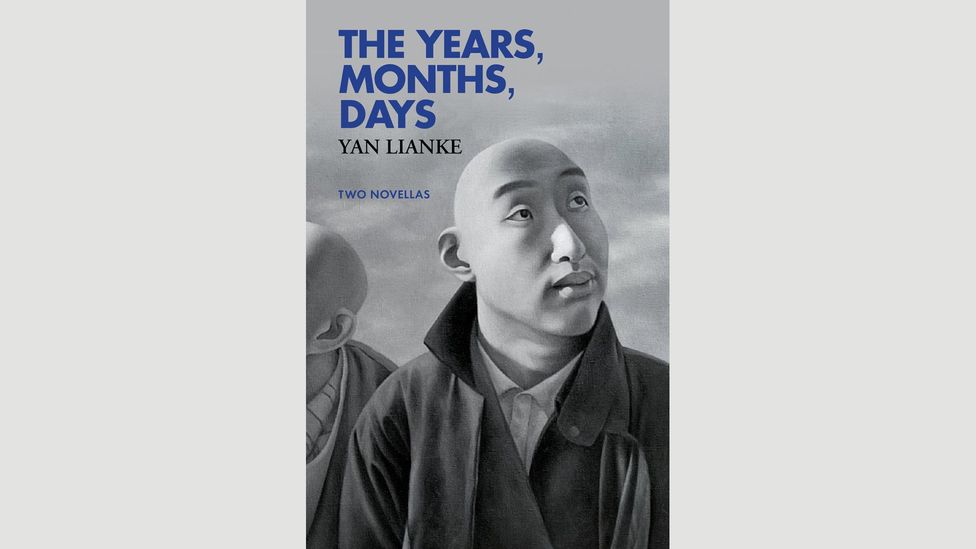 Two newly translated novellas by Lianke, a two-time Man Booker finalist and winner of the Franz Kafka award, showcase his hallucinatory imagination and satiric wit. The title novella takes place during a devastating drought (“the entire world had withered”). One man, the Elder, is left in the village, his only companions a blind dog, swarms of rats competing for the few seeds of corn, and a pack of wolves guarding the only water source. He tends one stalk of corn, and awaits his fate, which Lianke delivers in a surprisingly tender conclusion. In Marrow, like the title novel translated from the Chinese by Carlos Rojas, Fourth Wife Yu, a widow with four “idiot children” who suffer from an inherited condition, prepares to sacrifice herself when she learns that the only cure may be soup made from the bones of dead relatives. (Credit: Black Cat/Grove Atlantic) 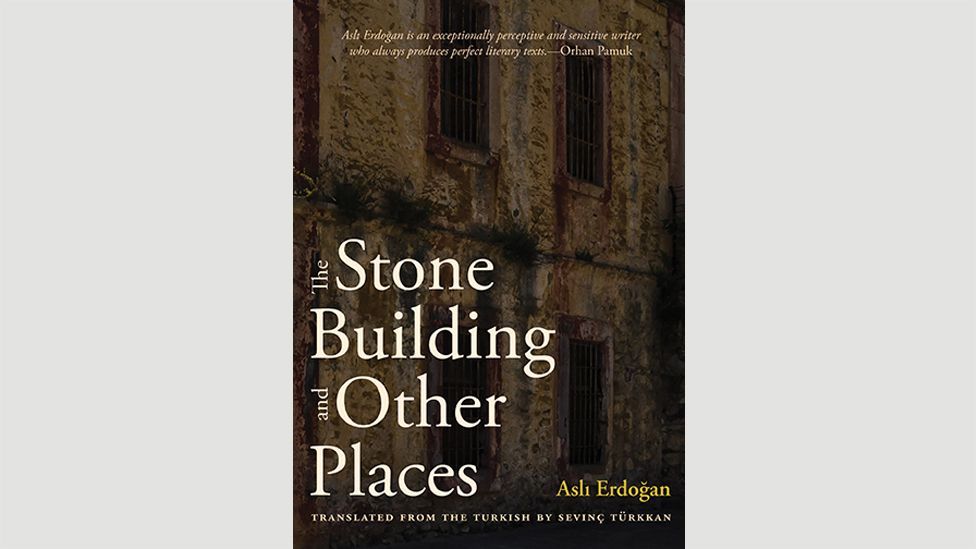 Erdoğan, a journalist and human-rights activist, was arrested and detained in Turkey for four months after the failed coup attempt of July 2016. The stories in this collection, which won Turkey’s Sait Faik Short Story Award, revolve around women facing isolation, exile and imprisonment. In The Morning Visitor, a man visits a woman in a boardinghouse for migrants in a northern city; his presence reminds her, “That dark cell, it follows me wherever I go.” Wooden Birds centres on Filiz, an asthmatic political refugee who is “extremely gloomy, withdrawn, and wounded.” She is one of six patients in a hospital lung ward – three foreigners, three Germans – allowed a surreal outside visit. The title novella engages multiple voices in a haunting lament for freedoms lost in “stone buildings” – jails, mental hospitals, interrogation sites. (Credit: City Lights)