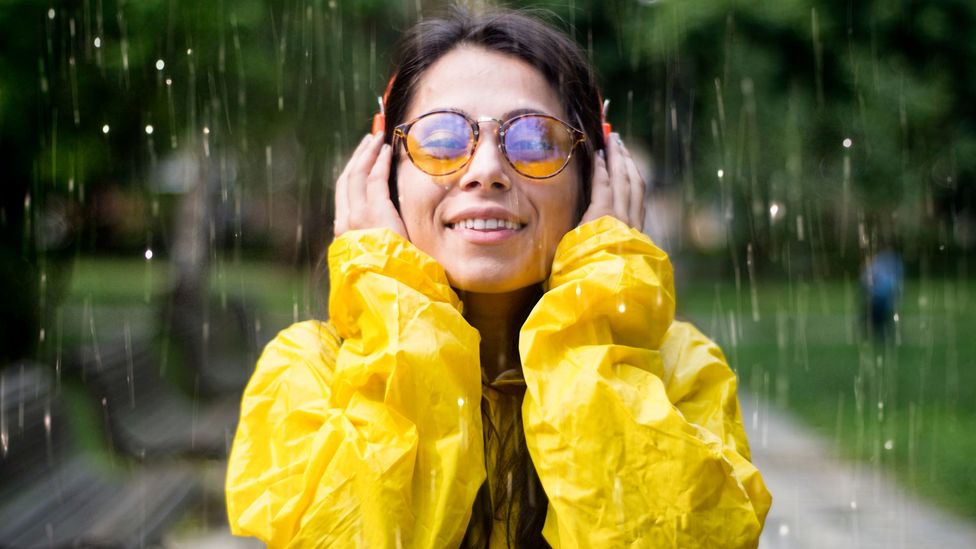 Can a daily dose of classical music change your life? It sounds like an impossibly grand claim, but in my case, the answer has been a resounding yes. And January — so often a miserable month of discarded resolutions, debts and diets — is arguably the perfect time to dive in to a new sonic soundscape in all its rich, diverse wonder.

We are a music-making species — always have been, always will be. We are also a music-exchanging species: long before lovesick teenagers started curating mixtapes for each other, or digital streaming services enabled us to swap favourite tracks, we were communicating and connecting through music. We evolved as humans by coming together around the fire after a long day’s hunter-gathering, singing songs and telling stories through song. That’s what our ancestors did; that’s how they made sense of the world; that’s how they learned how to be.

It is an impulse that is still fundamental to who we are. Yet our own modern lives are frazzled and fragmented to an unprecedented degree. Who, seriously, has the luxury of making time each day to actively listen to a particular piece of music? Perhaps, though, we have never needed more urgently the emotional space that music — and classical music in particular — can provide. Scientific research is increasingly proving that regular acts of so-called ‘self-care’ can have untold benefits on our mental health and well-being, but personally I’ve never been able to get the hang of, say, regular meditation or yoga. I never go to the gym, no matter how noble my intentions. I basically run on coffee and sugar. I always leave my tax return until the deadline. Inevitably then, this time of New Year’s resolution-making and breaking is liable to make me feel pretty wretched. Each year, I set annual expectations that I fail utterly to stick to — and become increasingly stressed out as a result. I’m pretty sure I’m not alone. (I hope I’m not alone.) 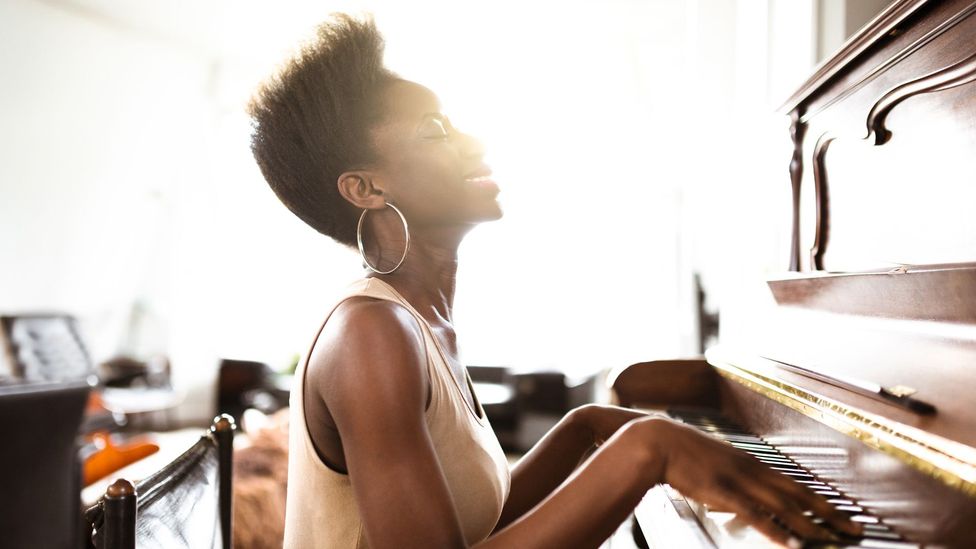 The miserable month of January is the perfect time to dive in to a new sonic soundscape (Credit: Getty)

Yet it turns out that even I have the self-discipline to eke out a few minutes each day to stick on my headphones, listen to a single piece of music, and be transformed. Although I have played the violin since childhood and worked as a classical music broadcaster and writer for a decade, I only fully grasped the miraculous effect of a daily engagement with this music after a particularly gruelling couple of years. Personal grief; juggling the irreconcilable demands of a relentless freelance career with an energetic toddler; feeling permanently on the edge of burnout whilst signalling to the outside world that ‘everything’s just fine!’ — suffice it to say, I wasn’t in a very healthy place. And yet none of the potential solutions I tried had any effect.

It turned out that, when I converted my listening habits into a conscious daily ritual, I began to feel less anxious almost immediately. I curated myself monthly classical playlists with a specific piece for each day. Getting on the Tube and pressing play, instead of automatically being sucked into a social media scroll hole, seemed to be spiritually stabilising. I began to look disproportionately forward to it. And it occurred to me that, if I could benefit in such a meaningful way from this small but powerful act of soul maintenance, so might others. What if I could build on my lifetime’s love of classical music? What if I could open up this vast treasury of musical riches by demystifying both the music and humanising those who created it by giving each piece some context, telling some stories, and reminding readers/listeners that this music was created by a real person, probably someone who shared many of the same concerns as them, who in many ways might be just like them.

Classical music is an art form that, for myriad complex reasons, is often perceived to be the preserve of a narrow elite; an exclusive party to which few are invited. This is painfully ironic, because the work itself is among the most emotionally direct that we have. There’s a reason everyone from film to funeral directors invariably relies on classical music when they want to ramp up the feels. And I was losing track of the number of friends, family and even strangers who were asking, often sheepishly, if I might be able to make them a classical playlist. 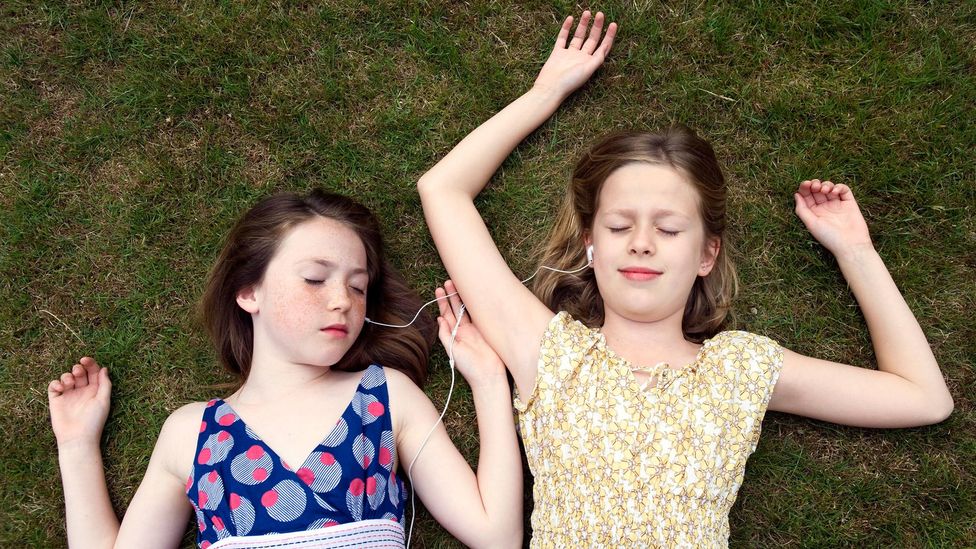 Scientific research is proving that regular acts of so-called ‘self-care’ can have untold benefits on our mental health and well-being (Credit: Alamy)

Sometimes it was a precise request: music to study or work to; music to soothe their newborn babies or fall asleep to or to impress their new partner’s parents with; music to exercise to; to unwind to; to garden, commute or throw a dinner party to. The guy who runs my local coffee shop asked me to curate him a classical soundtrack for the late-afternoon/early-evening shift. My teenage niece was after something to help her through her exam revision. And so on. Most often, what I heard from these playlist-hunters was something along the lines of: “I heard a piece of what I think might be classical music on a TV show/film/video/advert, and I loved it. I don’t know anything about classical music, but I’d like to hear some more and I have no idea where to start…” 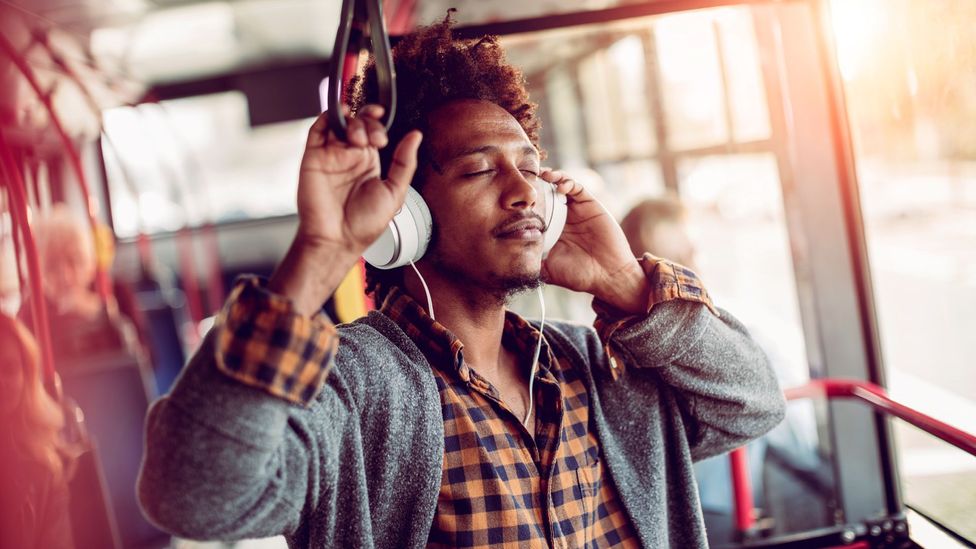 Getting on public transport and pressing play, instead of automatically being sucked into social media, could be spiritually stabilising (Credit: Getty)

That question of “where to start” is critical. As with practically every other industry, technology has disrupted the music industry in both positive and negative ways. It’s true that the decimation of traditional financial models is generally leaving artists and labels less well off than they were previously. But the emergence of legal streaming platforms such as Spotify and Apple Music has blown open the door to that party in a thrilling, democratising way. What many of us now have access to at our digital fingertips would have been unimaginable even 10 years ago. Now anyone with a half-decent internet connection can explore a musical universe that was previously closed to all except those who already knew what they were looking for and had the resources to pay for it. 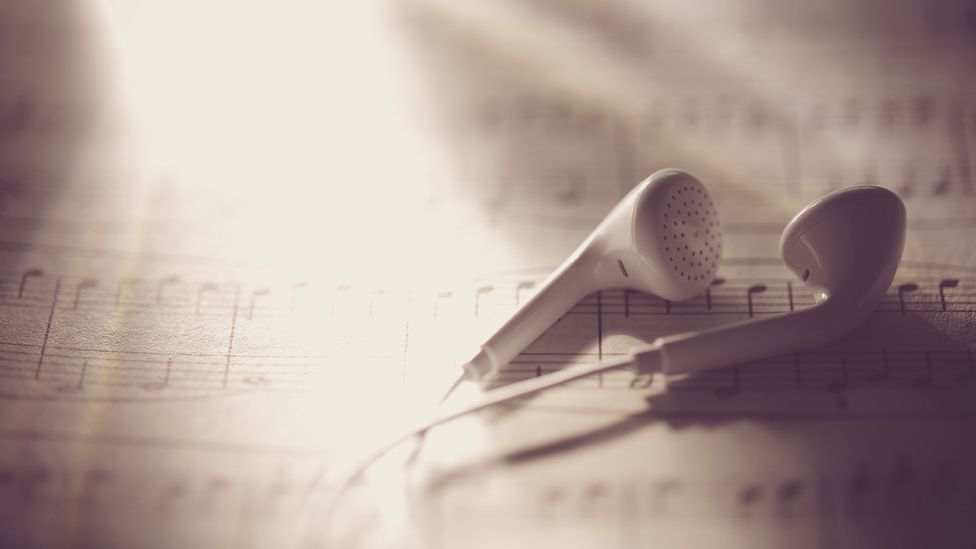 Everyone has the self-discipline to eke out a few minutes each day to stick on some headphones and listen to a single piece of music (Credit: Getty)

And yet: the sheer volume of what is now available for free at the click of a button can be daunting, if not paralysing. So I decided to write a sort of field guide, not so much a history of classical music as a hand-curated treasury of music that I dearly love. It includes plenty of women - who for centuries have been written out of the canon — composers of colour; gay and transgender composers; differently-abled composers (Beethoven, after all, wrote some of his most magnificent works while fully deaf); composers who battled — or are battling — mental health issues, addiction, low self-esteem; composers who had to make ends meet by doing all manner of unlikely day jobs (taxi drivers, plumbers, chemists, orange pickers, postal workers) but who kept at it, despite the odds, and created these glorious pieces for our listening pleasure. And maybe for our salvation.

I believe the greatest works of music are engines of empathy: they allow us to travel without moving into other lives, ages, souls. They are also robust: they can handle you multitasking all around them, fitting them into your real life. So don’t give another thought to whether you have the right ‘credentials’ to become a classical aficionado or whether you’re listening 'right’: trust me, the only entry criterion is to have ears. 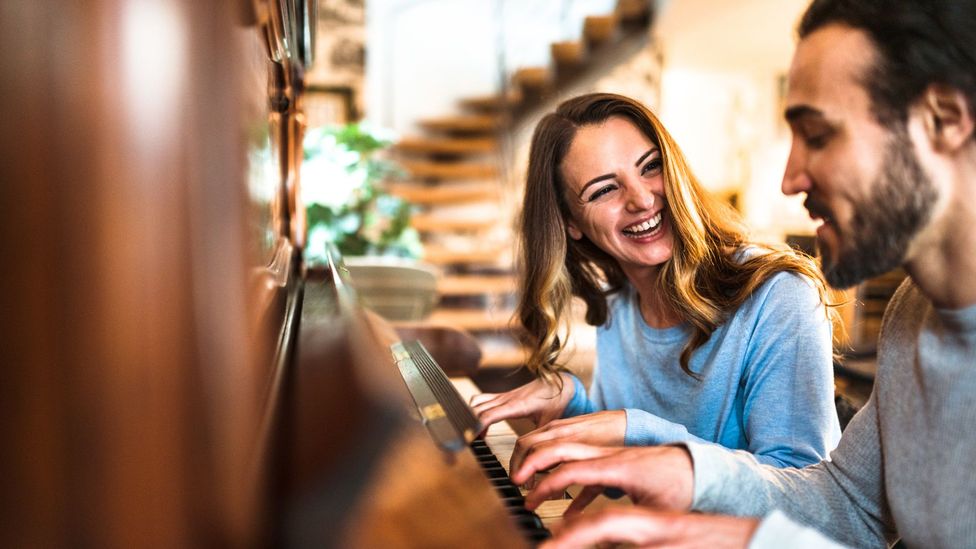 “The greatest works of music are engines of empathy: they allow us to travel without moving into other lives, ages, souls,” says Clemency (Credit: Getty)

You can listen on your commute; take them with you on a walk; stick them on in the background while you hustle your kids’ breakfast or do the school run; make them your soundtrack to fixing dinner, pouring a drink, putting your feet up, or doing the washing, ironing, catching up with emails, whatever it is you need to do at the moment where you get to finally press play. I believe there is very little in life that this music can’t beautifully complement. This is music to live to — to live your best life to.

Year of Wonder: Classical Music for Every Day is out now.