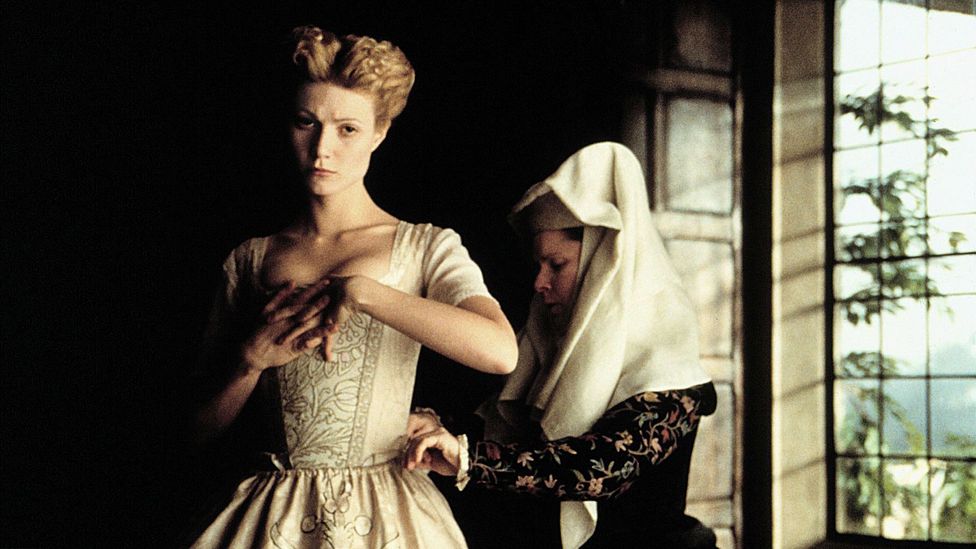 By Christine Ro 8th February 2018
Americans today pronounce some words more like Shakespeare than Brits do… but it’s in 18th-Century England where they’d really feel at home.
I

It makes for a great story: when settlers moved from England to the Americas from the 17th Century, their speech patterns stuck in place. That was particularly true in more isolated parts of the US, such as on islands and in mountains. As a result, the theory goes, some Americans speak English with an accent more akin to Shakespeare’s than to modern-day Brits.

That’s not entirely right. The real picture is more complicated.

One feature of most American English is what linguists call ‘rhoticity’, or the pronunciation of ‘r’ in words like ‘card’ and ‘water’. It turns out that Brits in the 1600s, like modern-day Americans, largely pronounced all their Rs. Marisa Brook researches language variation at Canada’s University of Victoria. “Many of those immigrants came from parts of the British Isles where non-rhoticity hadn’t yet spread,” she says of the early colonists. “The change towards standard non-rhoticity in southern England was just beginning at the time the colonies became the United States.”

You might also like:
• The tiny US island with a British accent
• How Americanisms are killing the English language
• Why British English is full of silly-sounding words

So at least when it comes to their treatment of the 18th letter, Americans generally sound more like the Brits of several centuries ago. So do Canadians west of Quebec – thanks to loyalists to the Crown fleeing north during the American Revolution.

Another divergence between British and North American English has been a move toward broad As in words like ‘path’. The pronunciations of the early colonists (and their English counterparts), in contrast, have stuck around in the US: think ‘paath’ rather than ‘pahth’. 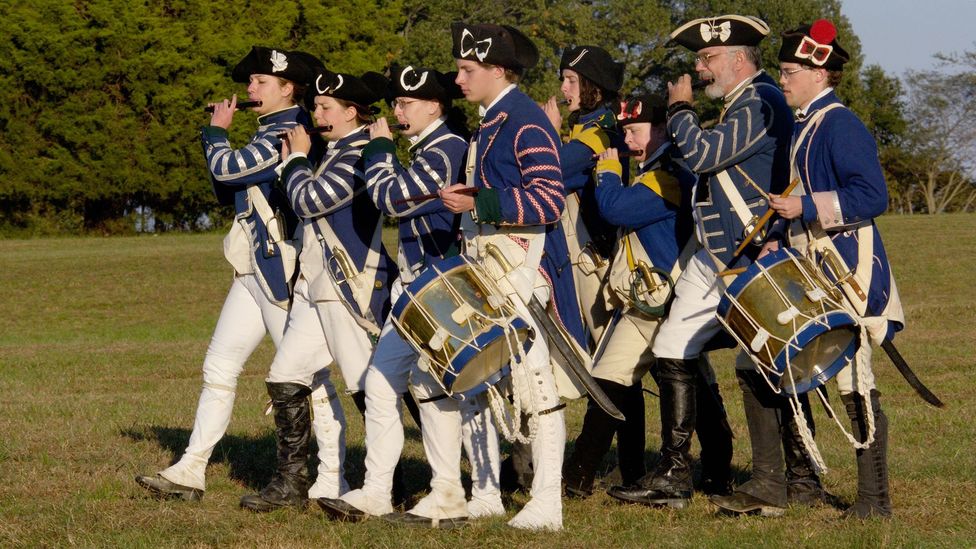 At first glance, these colonial legacies of pronunciation seem especially apparent in certain remote areas of the US – hence the argument that some places in the US have preserved Shakespearean English.

For instance, Tangier Island in Virginia has an unusual dialect which can be unintelligible even to other Americans. Some speech patterns, included rounded Os, seem like a dead ringer for the dialect of the West of England. This has led some observers to claim a strong lineage from early Cornish settlers to the current Tangier dialect.

But linguist David Shores has noted that these claims are exaggerated, and that the island’s isolation, rather than any freezing of Elizabethan speech patterns, is responsible for its linguistic quirks.

Another US area that’s been linked to 17th-Century British English is Appalachia, especially the mountainous regions of North Carolina. Linguist Michael Montgomery has written that the North Carolina tourism division used to issue a booklet called A Dictionary of the Queen’s English, which claimed that the English of Queen Elizabeth I could be found in pockets of the state. Montgomery traced the idea back to an educator-clergyman who, around the turn of the 19th Century, spread the idea that mountain language was a remnant of a much older tradition. This myth helped to counteract negative impressions of oft-maligned mountain people. Turning this around – and claiming kinship with a Shakespearean way of speaking – was a way of bringing status and apparent classiness to a marginalised part of the country.

“Mountain speech has more archaisms than other types of American English, but that’s about it,” Montgomery writes. These include terms like ‘afeard’, which famously appears in The Tempest. Overall, however, “the Shakespeare myth reflects simplistic, popular views about the static nature of traditional folk cultures, especially those in out-of-the-way places.”

It’s a bit surprising that Shakespearean English has come to be associated with high status and education. That’s the other oft-forgotten complication of the concept: even if Americans do speak more like the Elizabethan English than today’s Brits themselves, that doesn’t mean they’re speaking a ‘posher’ version of the language.

“We’ve always had this stigma in the UK that Shakespeare has to be posh… [but] in his time, it was everyday speech,” says David Barrett, who conducted workshops in Shakespearean Original Pronunciation (OP) while preparing a thesis on the subject at the University of South Wales. He’s also transcribed Christopher Marlowe’s poem Hero and Leander into OP. (There have been similar projects for the King James Bible and the Lord’s Prayer). 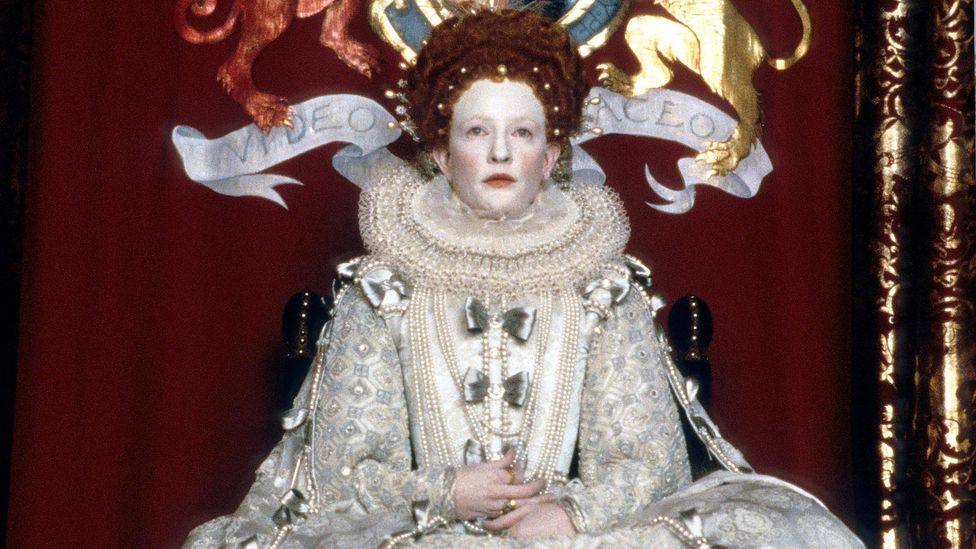 Even Queen Elizabeth I didn’t pronounce words in a particularly ‘posh’ way. Barrett has researched Elizabeth’s letters for clues to her pronunciation. Since spellings at the time were far from standardised, written texts are one tool linguists use to determine how words would have been pronounced historically. The queen’s habits likely included pronouncing ‘servant’ as ‘sarvant’, or ‘together’ as ‘togither’. These were pronunciation styles of ordinary people of the 17th Century – rather than the nobility. So like Shakespeare, the queen had a down-to-earth manner of speaking... in contrast to the upper-crust accents she is portrayed with in contemporary films and TV programmes. (It’s worth noting that today’s Queen Elizabeth II is speaking in a more ‘common’ way than she once did, too).

“The reason I find the Elizabethan period interesting is that the pronunciation contains many sounds which are far enough removed from modern English to create a challenge for the speaker, but there is also a considerable overlap with modern English,” says Barrett.

So when actors and audiences hear OP for the first time, it’s a bit of a shock to the system.

“Every English speaker who hears Original Pronunciation for the first time hears something different in it,” Barrett says. Sometimes that sounds similar to Northern Irish or West Country accents, other times South African or American.

American actors have a head start with performing in OP: it’s “so much more American” than the prestigious Received Pronunciation accent in which Shakespeare’s plays are generally performed now, says Paul Meier, theatre professor emeritus at Kansas State University and a dialect coach who’s worked on theatre productions like an OP version of A Midsummer Night’s Dream.

For instance, Americans are already used to pronouncing ‘fire’ as ‘fi-er’ rather than ‘fi-yah’, as most Brits would.

It’s useful to know how words would have been pronounced centuries ago because it changes our appreciation of the texts. Because British English pronunciations have changed so much since the era of Queen Elizabeth I, we’ve rather lost touch with what Early Modern English would have sounded like at the time. Some of the puns and rhyme schemes of Shakespeare’s day no longer work in contemporary British English. ‘Love’ and ‘prove’ is just one pair of examples; in the 1600s, the latter would have sounded more like the former. The Great Vowel Shift that ended soon after Shakespeare’s time is one reason that English spellings and pronunciations can be so inconsistent now.

So what’s popularly believed to be the classic British English accent isn’t actually so classic. In fact, British accents have undergone more change in the last few centuries than American accents have – partly because London, and its orbit of influence, was historically at the forefront of linguistic change in English. 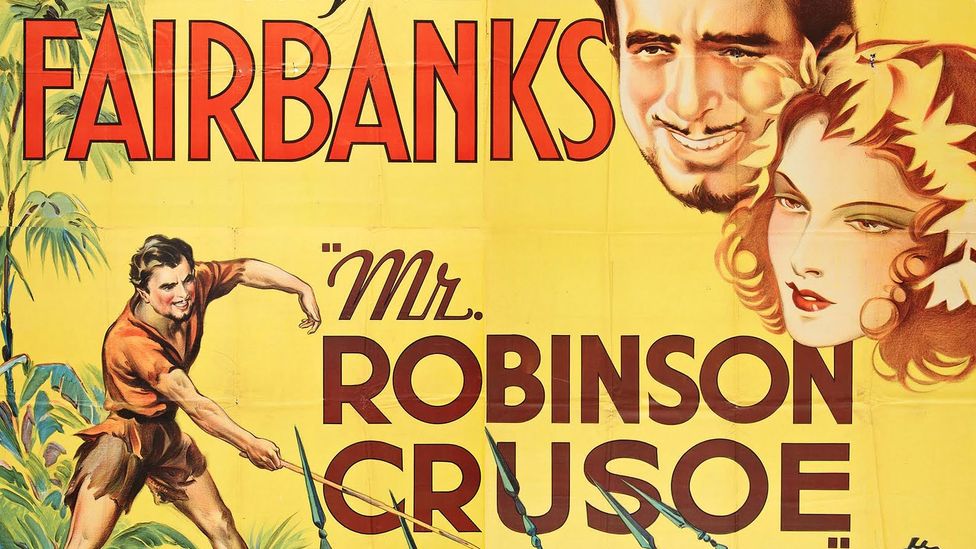 As a result, although there are plenty of variations, modern American pronunciation is generally more akin to at least the 18th-Century British kind than modern British pronunciation. Shakespearean English, this isn’t. But the English of Samuel Johnson and Daniel Defoe? We’re getting a bit warmer.

Dialect coach Meier understands the appeal of the idea that 17th-Century speech patterns have been perfectly preserved an ocean away. “It is a delightful and attractive myth that Shakespeare’s language got fossilised” in parts of the US, he says.

But as sociolinguist Brook explains, “Every actively-spoken dialect is always changing – that’s as true of the rural ones as of the urban ones.” Echoes of older dialects can be heard here and there in different places, but unfortunately there’s no living museum of Shakespeare’s English.