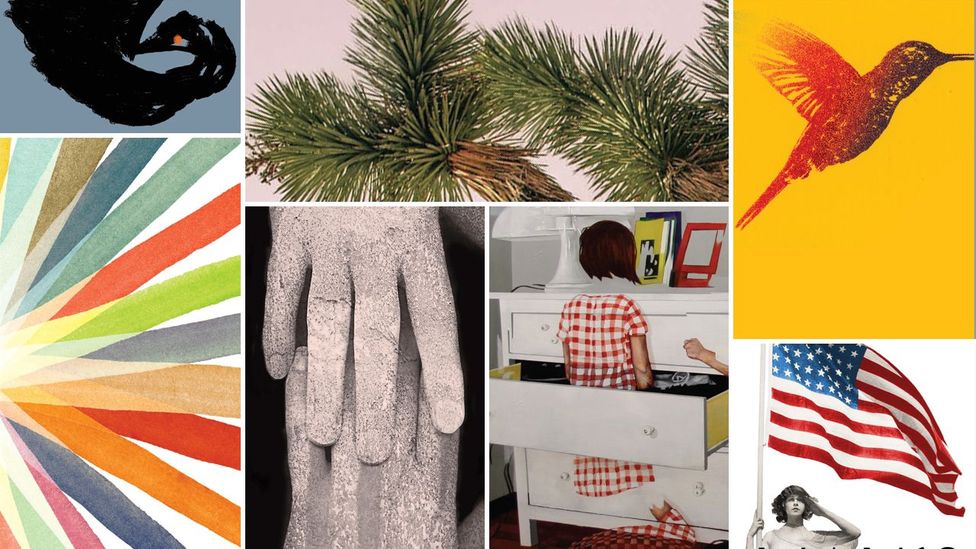 By Jane Ciabattari 1st March 2018
From stories by Tolstoy’s great grand-niece to the story of US women’s suffrage, these titles should sit on your shelf this month, writes Jane Ciabattari. 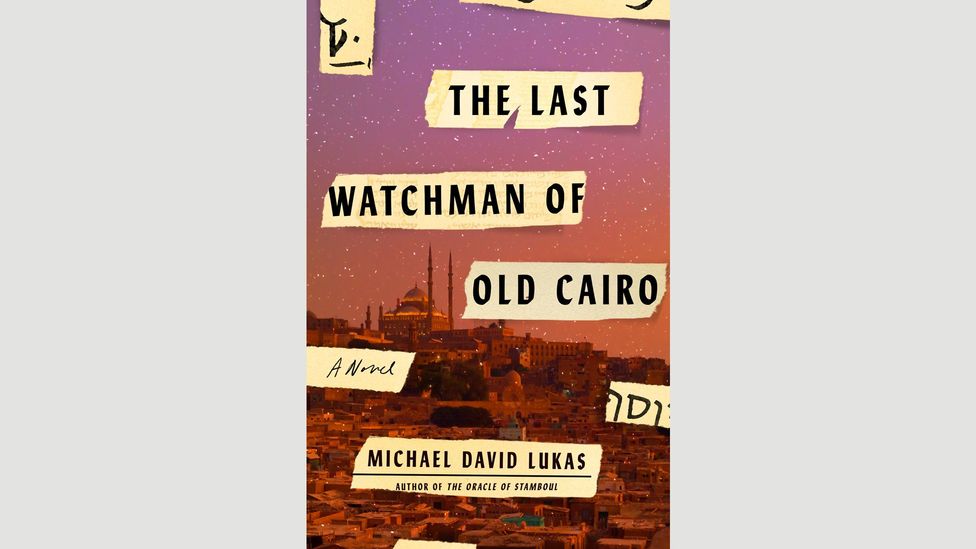 Lukas’s lyrical, compassionate and illuminating new novel bridges centuries and cultures as he traces generations of the Muslim family who guarded Old Cairo’s Ibn Ezra Synagogue for nearly 1,000 years. Lukas unspools three narratives seamlessly. He begins with Ali, the orphan who becomes the first watchman. He follows twin British widows Agnes and Margaret, who travel to Cairo in 1897 in hopes of bringing back to Cambridge the Ezra scroll, “which contained a magic so powerful it could not be spoken”. At the heart of the book is a modern-day quest: Yusef al-Raqb, a Berkeley graduate student, son of a Jewish mother, travels to Cairo after the death of his Muslim father. He searches for the Ezra Scroll hidden in the attic of the synagogue, and discovers his calling. (Credit: Spiegel & Grau) 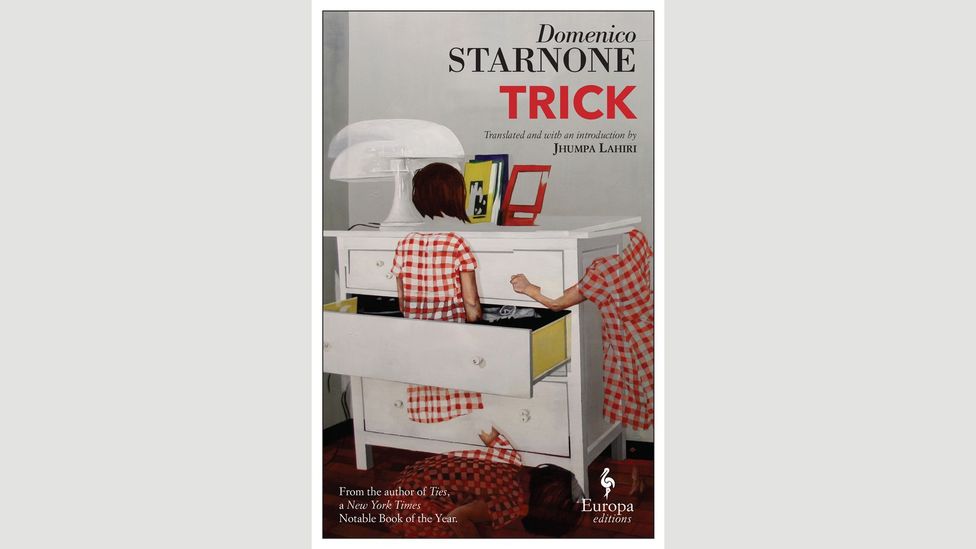 In his playful new novel, translated from the Italian by Jhumpa Lahiri, Strega prize winner Starnone pits Daniele, a cranky 75-year-old artist, against his obstinate four-year-old grandson in a three-day battle of wills. Daniele, still convalescing from surgery, is babysitter while his daughter and her husband are at a conference. Daniele finds himself back in his hated boyhood apartment in Naples, where they live. He is used to solitude and deadlines (he’s working on illustrations for Henry James’s ghost story The Jolly Corner). Mario pesters him mercilessly, with increasingly perilous pranks. Starnone echoes Henry James throughout, with ghoulish hallucinations, and piercing insights into identity and the shifting perceptions of ageing. The appendix, Daniele’s sketchbook and journal, is both a prelude to the action and a stark meditation on art, ambition and failure. (Credit: Europa Editions) 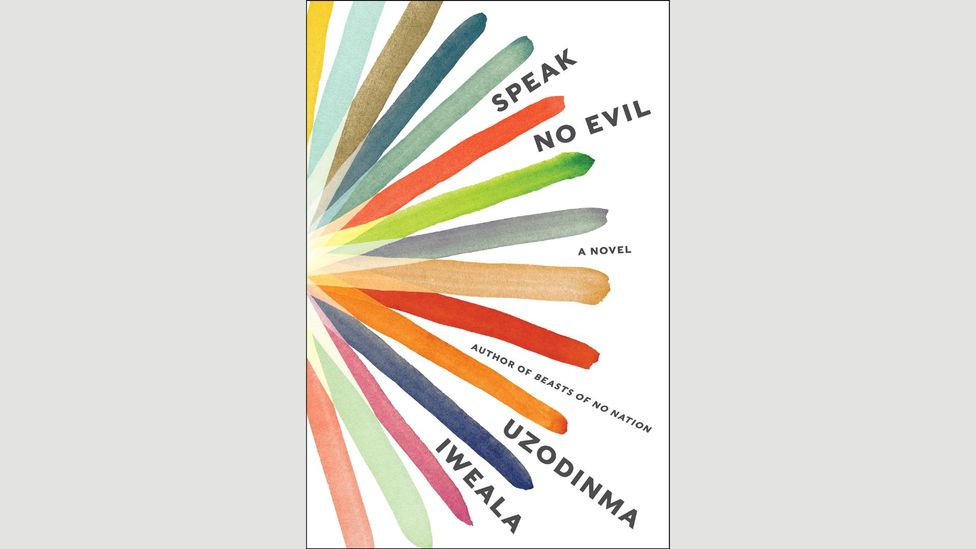 The second novel from Nigerian-born Iweala, whose Beasts of No Nation won four major awards for debut fiction, is the heart-rending tale of two sensitive, lovable teens discovering themselves. Niru, a track star who’s been accepted to Harvard, realises he’s gay with a “mixture of relief, embarrassment and fear”. His best friend Meredith, a classmate at Cathedral high school in Washington, DC, is accepting of his choice. His conservative Nigerian parents are aghast; his father beats him and forces him into a series of religious interventions to “cast out the demon.” As Niru struggles to maintain his equilibrium and be true to his emerging self, Meredith has her own family and romantic dilemmas. Iweala laces his powerful tale with equal parts tenderness and violence. (Credit: Harper Collins) 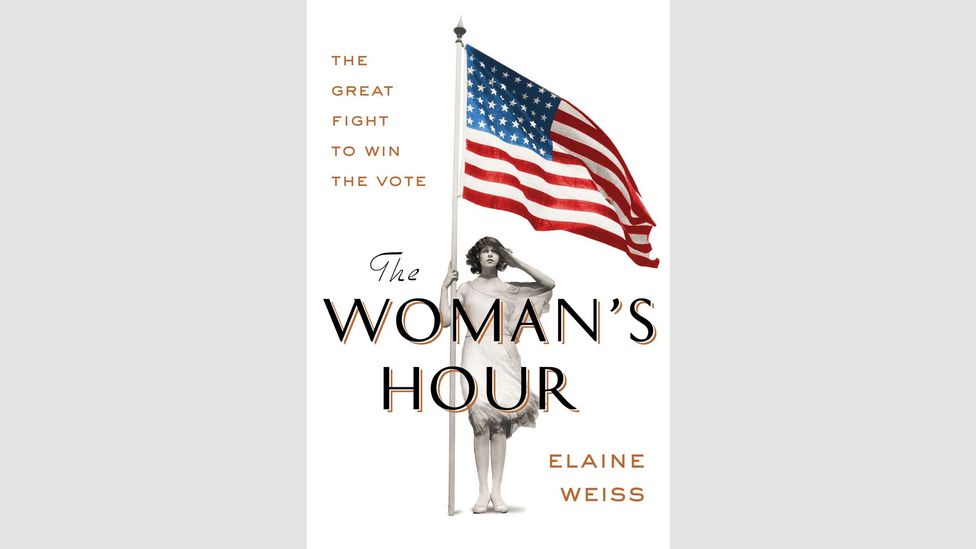 Weiss chronicles the “furious campaign” to convince the Tennessee legislature – the 36th of 35 states required to ratify – to vote in favour of the 19th Amendment to the US Constitution, which gave women the right to vote. The weeks-long showdown in Nashville in August 1920 was, Weiss writes, “the explosive climax of American women’s seven-decade struggle for equal citizenship”. And it was a cliffhanger. Weiss evokes the opposing forces: suffragists; “Antis” (those who feared women being able to vote would bring moral collapse); politicians and industry lobbyists. She details dirty tricks, bribery and betrayals. And she shows how suffragists like Carrie Catt and the more radical Sue White developed nonviolent protests, civil disobedience, grass-roots organising, lobbying and public relations techniques that influenced later social justice movements. (Credit: Viking) 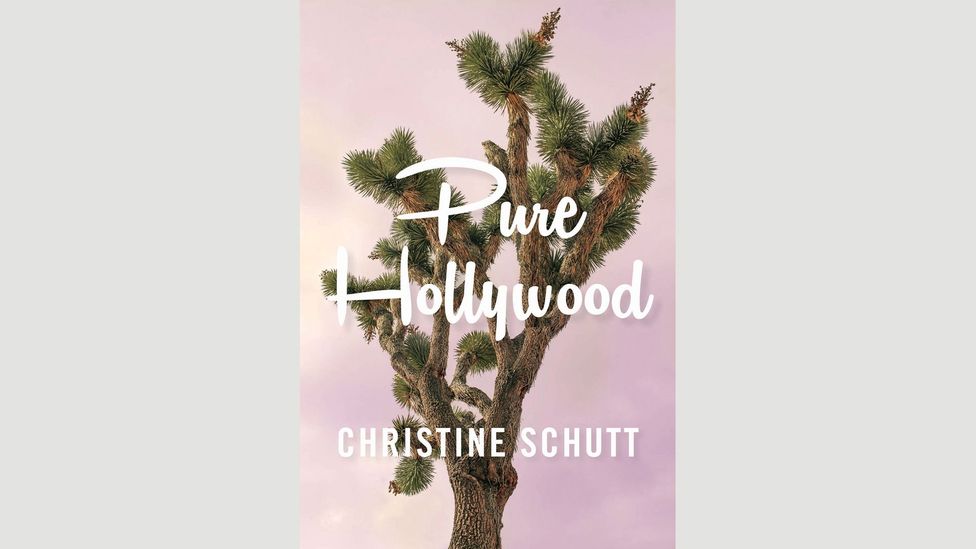 A National Book Award and Pulitzer Prize finalist, Schutt is known for her taut, haunting and original take on contemporary themes. Mimi, the newly widowed starlet in the title novella in this collection, discovers that her husband Arnie has willed his priceless Piro house in Malibu and all the furnishings and art to his adult children. Homeless, she drives into the desert in the Mustang he left her, unwittingly headed into a flare of sun-drenched violence. Another story, the ingeniously structured The Hedges, describes the fatal carelessness of a young mother on vacation at a Caribbean resort. And yet another tale describes young newlyweds working as caretakers for an estate who should have recognised the “ominous signs” when they were befriended by an older man, a painter. Think Gatsby with a twist of Didion. (Credit: Grove Press) 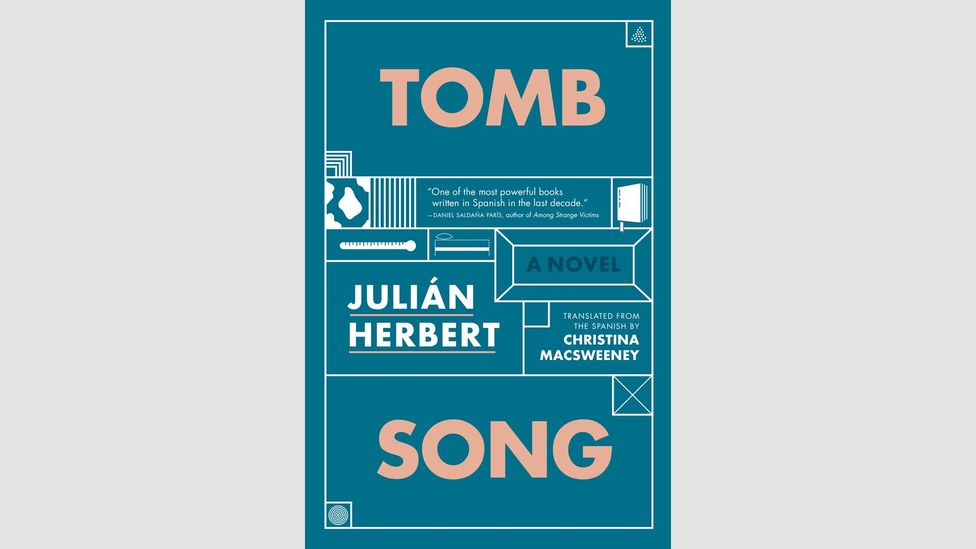 In this blend of fiction and autobiography, translated from the Spanish by Christina MacSweeney, Herbert traces the relationship between Guadalupe, a former prostitute, and her son Julián, as he sits by her bedside in a cancer ward in Saltillo in Northern Mexico. His flow of memory, triggered by her ongoing treatment for leukemia, is dramatic, eloquent (“We travelled so much that… the earth was a wickerwork polygon limited in every direction by railway lines”), and sometimes false. He follows her from her birth in San Luis Potosi through brothels in Acapulco, Monterrey, Ciudad Frontera, and Oaxaca, and the birth of each of her five children, against a counterpoint of his own childhood, adolescence, marriage, travels and writing career. “My mother was music,” he writes. During her waning days, he prepares for the birth of his son. (Credit: Graywolf) 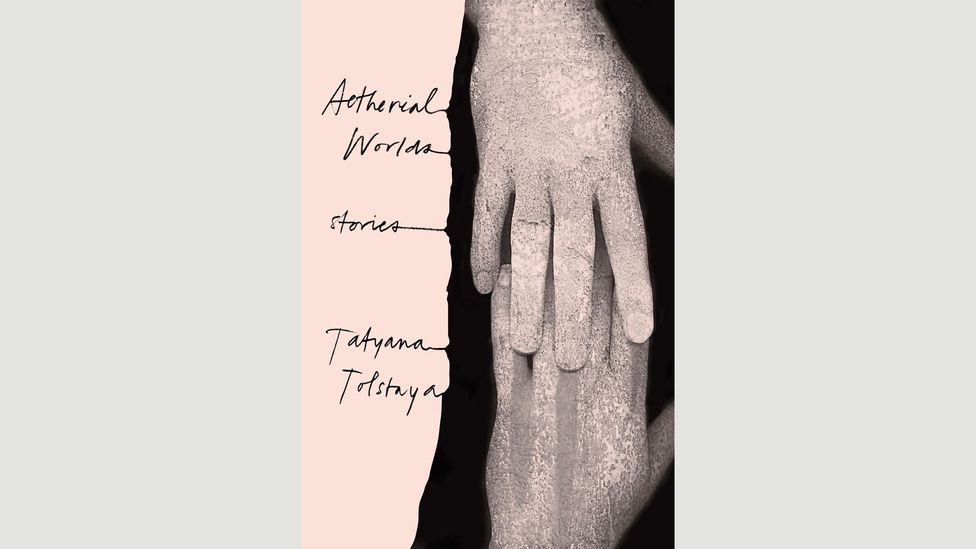 These superb 18 stories, translated from the Russian by Anya Migdal, from Tolstaya, the great grand-niece of Leo Tolstoy, is her first collection in English in two decades, and it is cause for celebration. She opens with the story 20/20, in which weeks of darkness after eye surgery leave the narrator able to visualise an internal world in detail, leading to her writing her first short story. The narrator of the title story moves from Russia to Princeton, New Jersey, in 1992 and commutes four hours to a creative writing teaching job where she is at the mercy of end-of-semester student evaluations. See the Reverse, set in Ravenna, Italy, where Dante is buried, creates a dialogue between the narrator and her late father, who visited the place 40 years before and sent her excited postcards. Tolstaya’s inimitable voice rings clearly throughout. (Credit: Knopf) 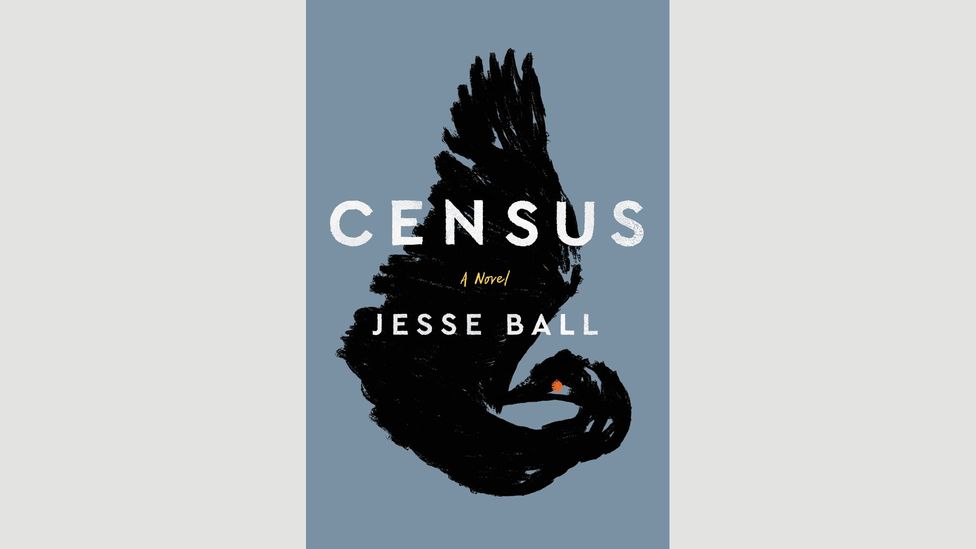 Ball’s 15th book was inspired by his late brother Abram, who had Down syndrome and died in 1989 aged 24. (His “magnificent and beautiful nature never flagged”, Ball writes in a prelude that lends resonance to his tale.) The narrator of Census, a widowed physician given a fatal diagnosis, struggles with the question of who will care of his son, who has Down syndrome. He signs up as a census taker and takes his son with him on the road. Beginning with the first census stop, Ball takes us on a dark journey into a troubled world, where the census taker leaves a tattoo on each individual’s rib (“barbaric” some say). He ends with a heart-breaking farewell: the future, the father sees, is “his, and not mine”. (Credit: Ecco) 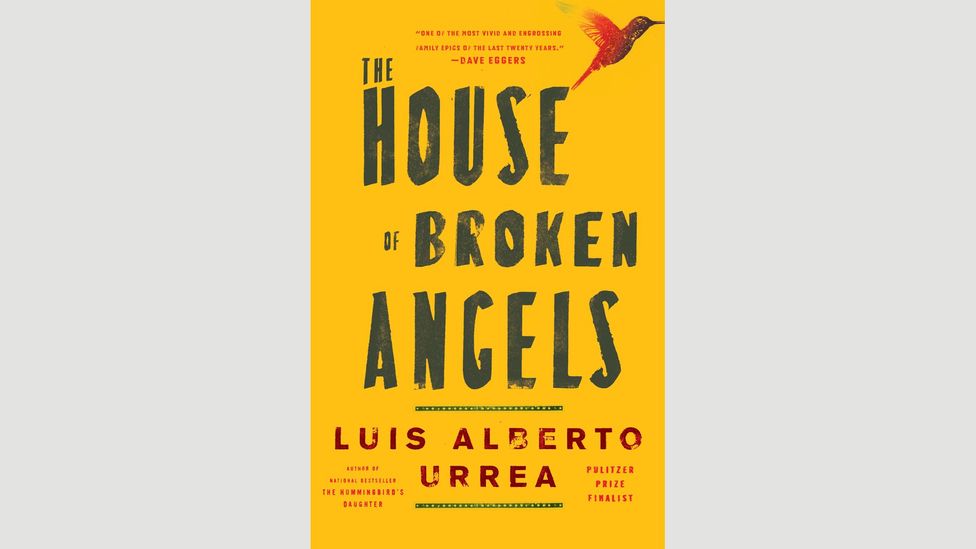 Big Angel, the patriarch of the De La Cruz family, is dying of cancer. His passionate and complicated family gathers in San Diego to share his last birthday. But first comes his mother’s funeral. During these last days, Big Angel muses on his beloved wife Perla, his siblings, his children – Lalo, who has a Purple Heart but no citizenship, and Minnie, born on the US side of the border – and their children. He conjures up fond memories of his birthplace in La Paz and not-so-fond memories of the abusive uncle who triggered his journey north. Bestselling novelist Urrea celebrates family as he digs deep into the small moments and big questions of life. “Love is the answer,” he writes. “Nothing stops it. Not borders. Not death.” (Credit: Little, Brown) 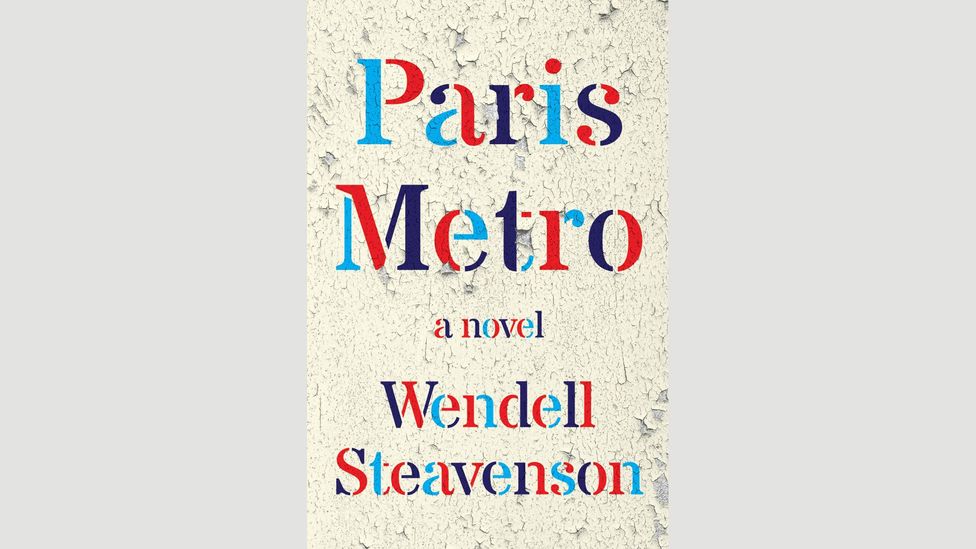 Global reporter Steavenson’s first novel benefits from her on-the-ground understanding of the complex issues of the 21st Century. Kit, her narrator, is a journalist who “follows the War on Terror bandwagon from Afghanistan to Baghdad, [with] detours to Syria”. She interviews insurgents, diplomats, refugees, monks – and meets Ahmed, an Iraqi, in Amman, Jordan, introduced by friends who have just covered the 2003 fall of Baghdad. They marry, move to Beirut in 2005, then to Paris. She adopts his son Little Ahmed and raises him after they divorce. Kit begins to unravel after a close friend is murdered in the January 2015 Charlie Hebdo attacks. She finds herself a helpless witness to the Bataclan atrocity, and then her own future is at risk. A moving, suspenseful and revelatory novel. (Credit: WW Norton)