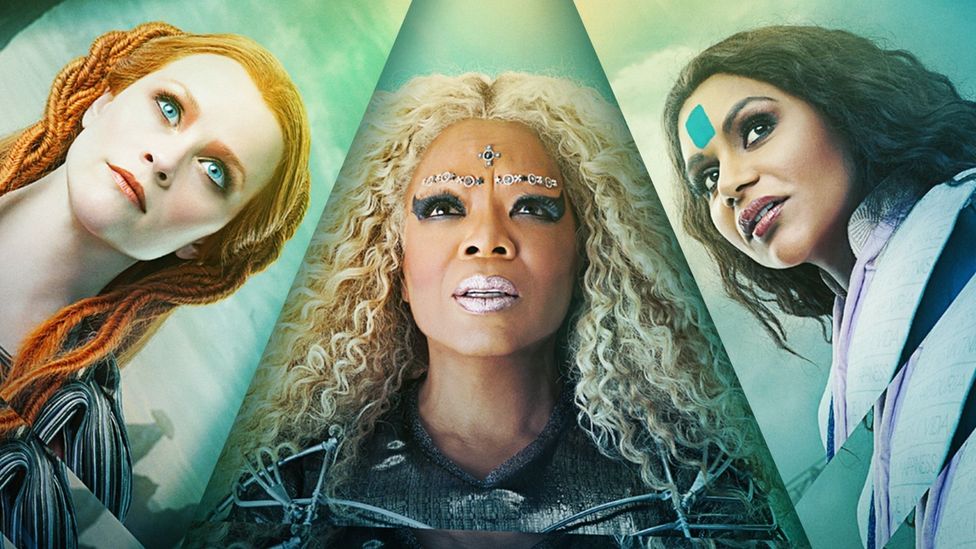 Ava DuVernay’s charming, spirited, Oprah-fied version of A Wrinkle in Time arrives as the victim of its own hype. From its sublime casting to its big-hearted message, there is much that is appealing in this fantasy about Meg Murry, a girl who travels through space and time to rescue her missing father, and finds her own confidence along the way. Yet the stumbles in creating the alternate worlds Meg visits make the film less spectacular than viewers might have hoped, and at times a bit flat. Without the weight of high expectations, Wrinkle would look like a perfectly good Disney movie bound to appeal to its target audience of 10-year-old girls, and not so much to anyone hoping for dazzling film-making.

- Black Panther is the most radical blockbuster ever

Those expectations were justified because there is a spark of brilliance in DuVernay’s reinvention of Madeleine L’Engle’s 1962 novel, already ahead of its time in portraying a scientifically-gifted girl. DuVernay’s Meg is bi-racial, a heroine for our times. Her father, a Nasa scientist whose time-travel discovery has left him lost in another world, is played by Chris Pine. Her mother, also a physicist, is Gugu Mbatha-Raw. The inclusive concept is brought to life by Storm Reid, an extraordinarily talented young actor who captures all of Meg’s self-doubts, stubbornness and love for her father.

DuVernay’s high-profile casting turns out to be inspired too. Mrs Whatsit, Mrs Who and Mrs Which are magical creatures made of light who take human form, with elaborate costumes and make-up, while playing fairy godmothers to Meg. Reese Witherspoon is the energetic Whatsit, at two billion years old the baby of the group, who blurts out her skepticism about Meg.

Mindy Kaling is Who, the one who speaks by quoting great thinkers and writers. “‘The wound is the place where the light enters you’ – Rumi, Persian,” she says. There is a mischievous gleam in her eye when she says “‘Tomorrow there’ll be more of us’ – Miranda, American,” quoting Lin-Manuel Miranda’s Hamilton. Wearing patchwork dresses of satins and embroidered materials, she looks as though a fabric store had exploded around her, but Kaling pulls it off.

Oprah Winfrey, in a bit of casting almost too spot-on, is Which, the wisest of them all. She first appears with the others in Meg’s backyard, towering above them at several times human height, with silver eyebrows, a metallic silver dress and glittery silver lipstick. “Be a warrior,” she tells Meg. “Can you do it?” Actually, “Be a warrior,” sounds a bit like Olivia Pope on Scandal cheering on her Gladiators, but it could also be advice from the real-life Oprah. And everybody knows that when Oprah tells you to do something, you do it.

But there the film’s problems begin. Meg sets off to rescue her father from the dark forces of evil, accompanied by other characters solidly drawn from the novel: her intuitive, genius of a little brother, Charles Wallace (Deric McCabe), and Calvin (Levi Miller), a cute, popular guy from school who’s smart enough to appreciate unglamorous Meg, with her jeans and glasses.

The screen goes wavy – it actually wrinkles – when they all tesser, or travel to another time and place. The effect is the first of many disappointing, oddly unimaginative visual choices.

The images work best in the planet Uriel, a beautiful place where pink flowers hover above the ground and move their petals as if they were butterflies. “I speak colour,” Mrs Whatsit says, explaining why she can communicate with them, teaching Meg to do the same. But there is something clumsy about the creature Whatsit turns into: a green flying carpet that looks like a blade of grass attached to an animated version of Witherspoon’s face. A subterranean cave where they all meet a seer called The Happy Medium (Zach Galifianakis) looks like it was made of orange lucite Legos. The force of evil that appears ominously in the sky is no more than a black cloud of particles that seems very unlikely to threaten the universe. Wherever this film put its $100 million budget, that money is not evident in its bland production design and special effects.

The film flags most of all when the children travel to Camerzotz, a planet devoid of light, where the Mrs cannot go. The film’s best designs are the simplest there. Meg finds her father in a claustrophobic orange corridor. That confined space seems more evil than anything else on the planet, including the brain called The It that for a time claims the soul of Charles Wallace.

There’s no doubt, as Selma and her earlier films show, that DuVernay is a great director of drama. Reid and Pine bring genuine emotion to the father-daughter reunion, and to their struggle to save each other. The film’s themes of love, family and self-acceptance are powerful enough to resonate with audiences. But the concept and casting shouldn’t be the most magical parts of a fantasy film, no matter how enchanting its message is.