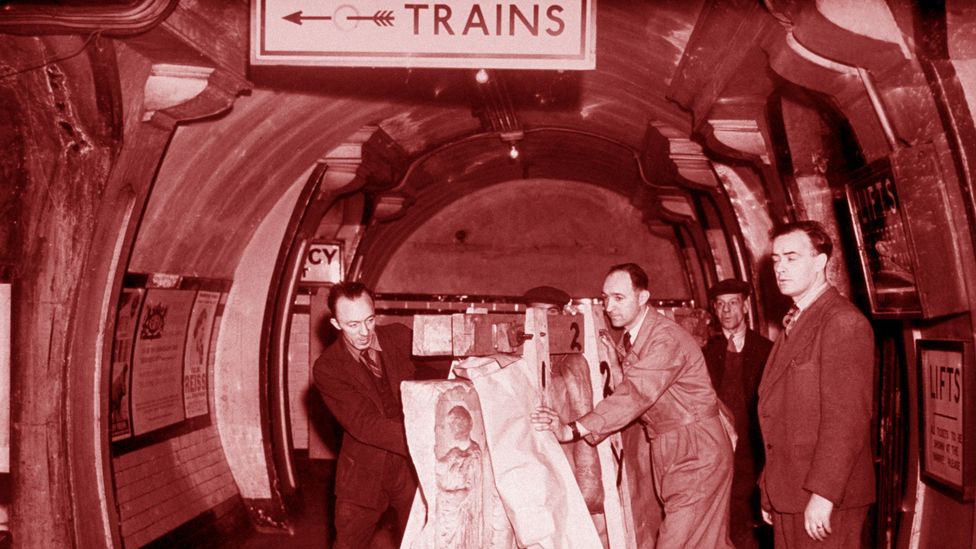 “Hide them in caves and cellars, but not one picture shall leave this island.” So declared Winston Churchill in 1940, determined that the National Gallery’s collection should be saved from Nazi attacks – but also that the masterpieces should remain on home turf.

Or should that be under it? For the National Gallery did in fact keep its paintings safe by storing them underground, in an old slate mine in Manod, North Wales.

Keeping masterpieces in a mine doesn’t sound like a great plan – but the paintings were actually “very happy down there,” says Minna Moore-Ede, a curator of the recent National Gallery exhibition titled Manod: The Nation’s Treasure Caves, about this unique period of the museum’s history. The small show featured archive imagery of the paintings being relocated to the mine, near Blaenau Ffestiniog in Snowdonia, as well as photographs of it today taken by Robin Friend. 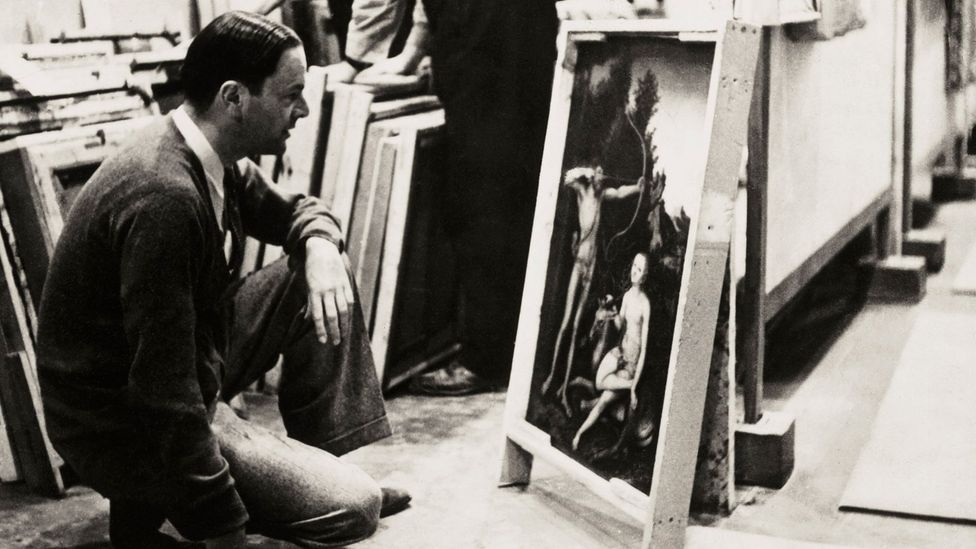 During World War Two, much of the art was destroyed in fighting or looted, never to be seen again. And although a lot was also saved thanks to the heroic efforts of individuals and institutions, some of the stories of art in wartime do make you wince for the poor works.

In London, the Elgin Marbles were hidden in Aldwych tube station – although, alarmingly, it was later revealed it wouldn’t have withstood a direct hit. In Paris, the Louvre was emptied out in 1939, with 3,600 paintings packed off to safe houses. The Mona Lisa – now considered too fragile to be moved – was shuttled round the country five times, moving from chateau to abbey to chateau, to keep her one step ahead of the Nazis. 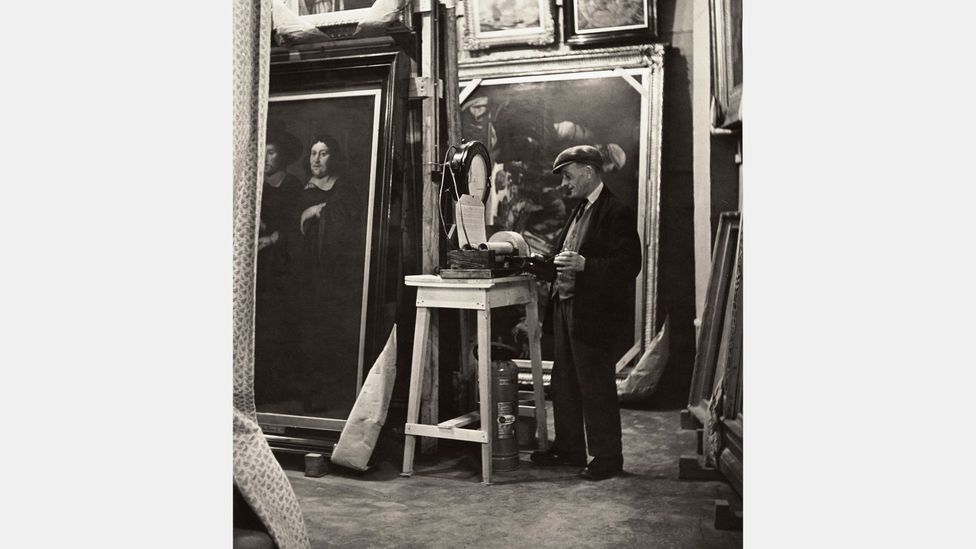 A preservationist reads the humidity level of a room where paintings were kept – many techniques used for art preservation were developed at Manod (Credit: Getty Images)

In Britain, the National Gallery wasn’t the only institution to relocate to Wales: the British Museum sent the Magna Carta, works by Michelangelo, Raphael and Leonardo da Vinci, and rare books including Shakespeare and Milton to the National Library of Wales in Aberystwyth. Even this wasn’t deemed safe enough however, and during the war they dug an underground cave, with a special heating system, in which to store the works.

But the determination to squirrel art away for after the war was just as strong among the Nazis. Hitler had grand plans to turn his childhood hometown of Linz into a super museum containing all the world’s greatest art. Nazi theft, in order to fulfil this hideously overblown ambition, was therefore huge and systematic. But the works had to go somewhere during the fighting – and many went into a salt mine in Altaussee, Austria.

The Nazis stored 6,500 paintings, including works by Michelangelo, Vermeer and Rembrandt, in a salt mine in Austria

Over 6,500 paintings were stored there, including works by Michelangelo, Rubens, Vermeer and Rembrandt, as well as the Ghent Altarpiece. That they ever made it out is almost miraculous: instructions had been given for the whole lot to be blown up in the event of German surrender. It is believed the plan was thwarted by local miners and a Nazi official, who swapped vast bombs waiting to send the whole collection sky-high for smaller ones that, when detonated, only brought down enough rubble to block the entrance. The work remained safe, underground, until the Monuments Men – an Allied taskforce charged with finding and saving Europe’s art – got to them after the war ended. 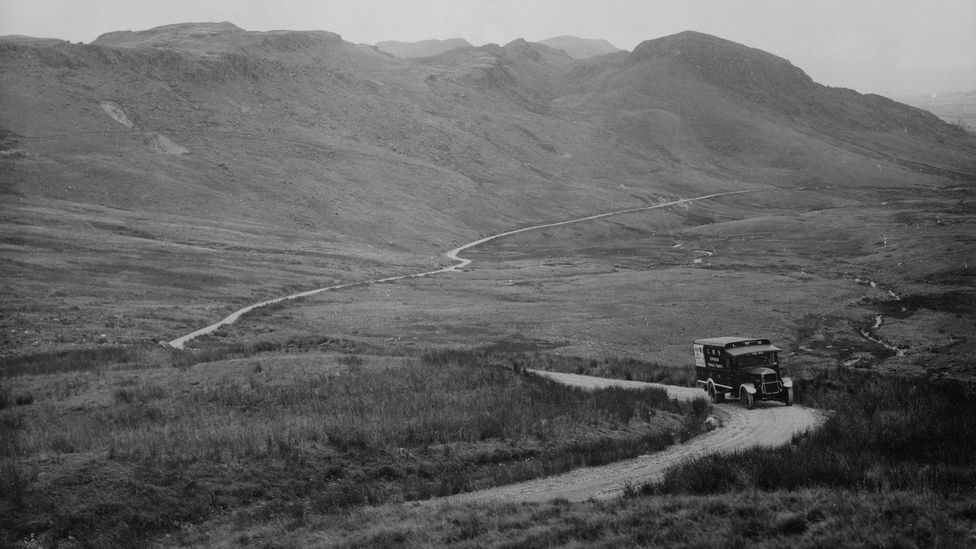 Manod’s primary industry for much of the 19th Century was slate mining, but that had decreased in the years before World War Two (Credit: National Gallery, London)

Still, for all that sticking grand masters in a salt mine might sound sacrilegious, at least it was dark and cool – not actually the worst conditions for the paintings. And one of the things that is fascinating about the history of Manod is that the relocation of 1,800 paintings to Wales ultimately ushered in a significant new era of conservation for the institution. 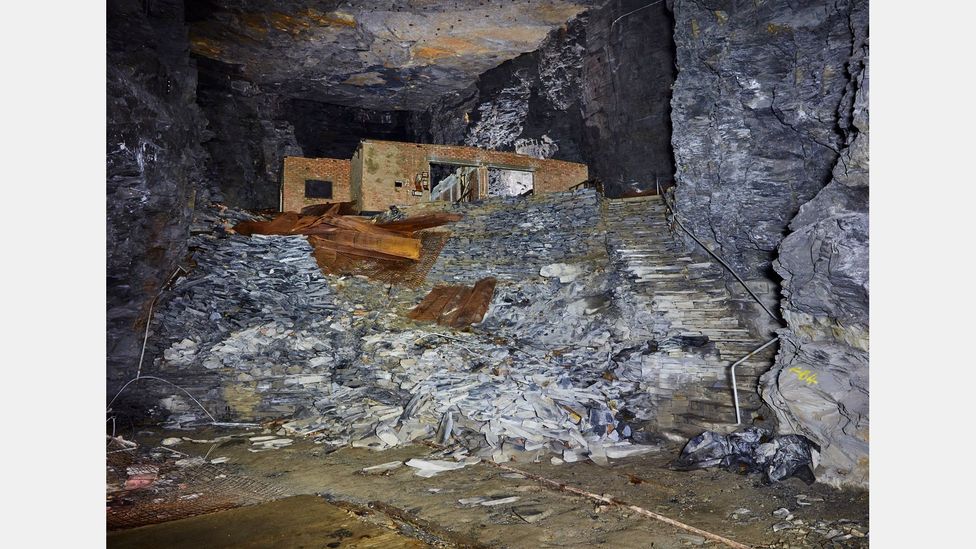 Some of the underground structures built in the slate mine at Manod are still standing today – and discarded art storage materials can be found (Credit: Robin Friend)

Explosives were used to enlarge the entrance of the mine, so the biggest works could fit in, and a railway system inside the caves was developed to move the paintings around. Six brick store houses were built inside the cavernous space, allowing them to control temperature and humidity.

This labyrinthine, subterranean world became thronged with art, but also life: many local men were employed to help look after the paintings. “They were sleeping down there. For four years, that was their job, and it would have been bustling with people,” says Moore-Ede. 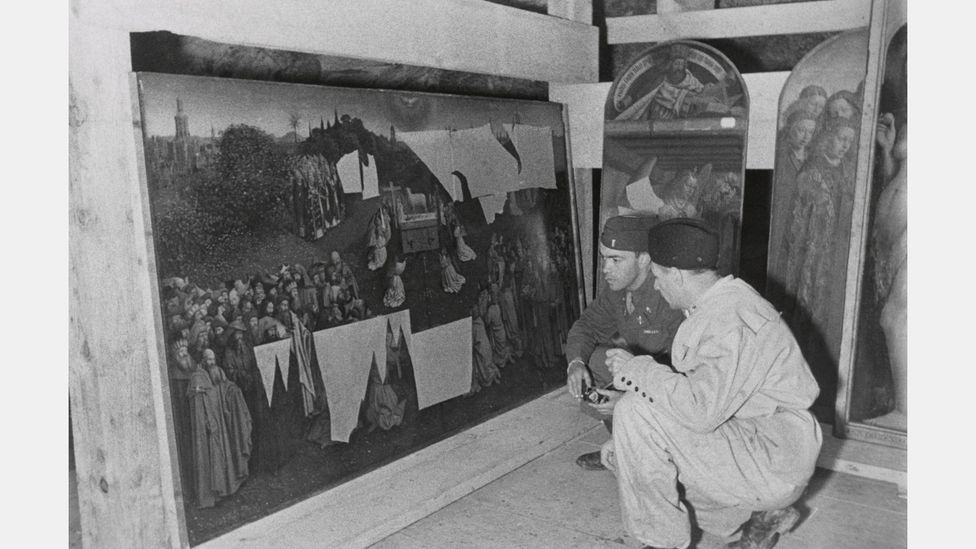 The Nazis stored thousands of works in a salt mine in Altaussee, Austria, near Hitler’s ‘home town’ of Linz, where he planned for a massive museum to be built (Credit: Alamy)

The National Gallery’s chief curator at the time, Martin Davies, moved into a nearby cottage – and apparently thrived in the remote spot. The gallery’s exile offered him a chance to spend time in close proximity to the collection, and he took full advantage of it, completing major new catalogues of the permanent collection. “He did a lot of research, because [the paintings] were so accessible,” explains Moore-Ede. “He was a shy, quiet man who really relished the opportunity to have no public around!”

This was also a crucial period for the gallery’s developing understanding of how best to store paintings. In the 1940s, the National Gallery actually didn’t have any kind of air-conditioning system. Having to move to Manod meant a lot of thinking and research about how best to house the collection, and a team was able to closely monitor the paintings in controlled conditions.

“There was a small studio built outside the quarry where they did a lot of conservation work, it was actually a very formative time for the gallery,” says Moore-Ede. After the war, major renovations were needed anyway following bomb damage to the gallery, and so air conditioning was added, and a new scientific department established. 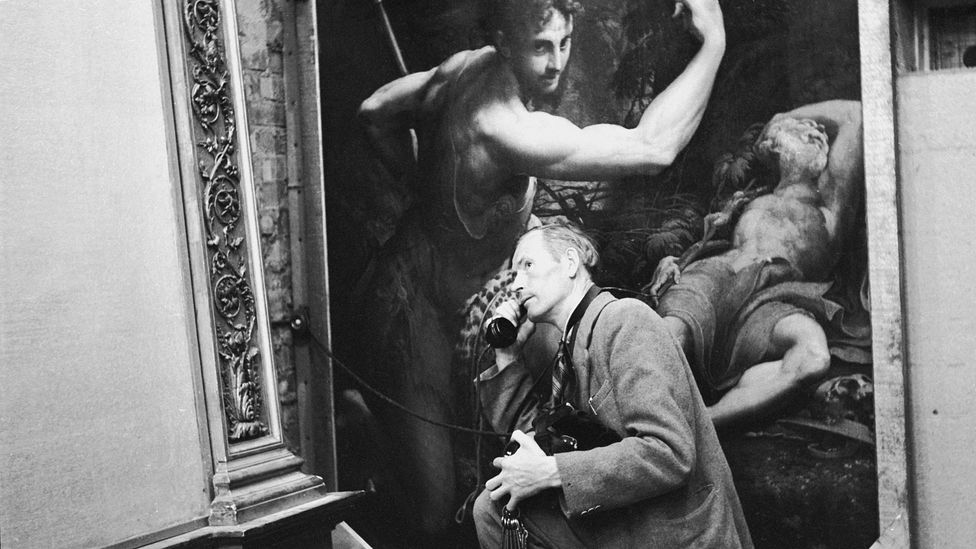 A night watchman at the Manod Quarry uses a portable telephone temporarily plugged into a wall outlet (Credit: Getty Images)

Manod nearly never happened, however: the initial proposal had been to ship everything to Canada. Kenneth Clark, the gallery’s director, was nervous about the possibility of U-boat attacks, and the notion was scotched altogether when he spoke to Churchill about it. Possibly, the prime minister had one eye on the patriotic potential of British art in wartime.

Manod was obviously kept secret; somewhat alarmingly, the mine was maintained as a clandestine evacuation site, in case of nuclear war, until 1983. But Churchill’s hunch, that somehow it was important to keep the collection on home turf, also proved quite correct. In the last couple years of the war, the National Gallery took to exhibiting a single ‘Picture of the Month’ in London, brought out of storage in Manod.

The aim was to buck up beleaguered British spirits, and it became a sensation – up to 30,000 visitors a month flocked to get a glimpse of just one painting, with popular choices including Velázquez’s The Rokeby Venus and Titian’s Noli me Tangere. “Kenneth Clarke chose what came back very carefully, they wanted pictures that had deep emotions – he was aware the public was in need of sustenance,” suggests Moore-Ede.

While the photographs of Manod today reveal only the ghost of the gallery in the caves – the odd empty frame or piece of railway track – in London, the National Gallery was “forever changed by what went on during the war,” according to Moore-Ede. Even in showing only one painting a month, this national institution connected more widely and powerfully with its public than ever before: as the saying goes, you don’t know what you’ve got till it’s gone. Well, until it’s temporarily hidden in a Welsh slate mine, at any rate.