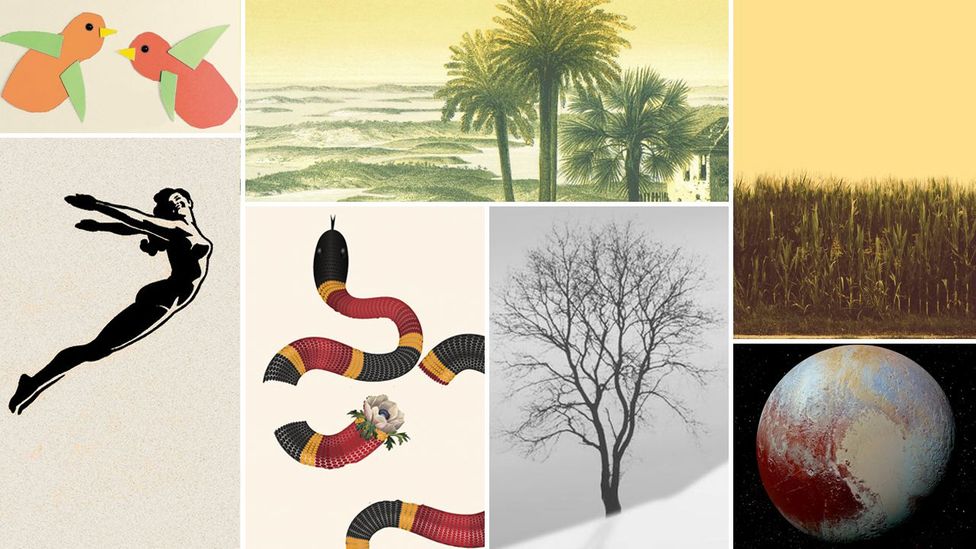 By Jane Ciabattari 2nd May 2018
From a century-spanning Russian novel to an account of the quest for Pluto, these are the titles that should be on your shelf this month, writes Jane Ciabattari. 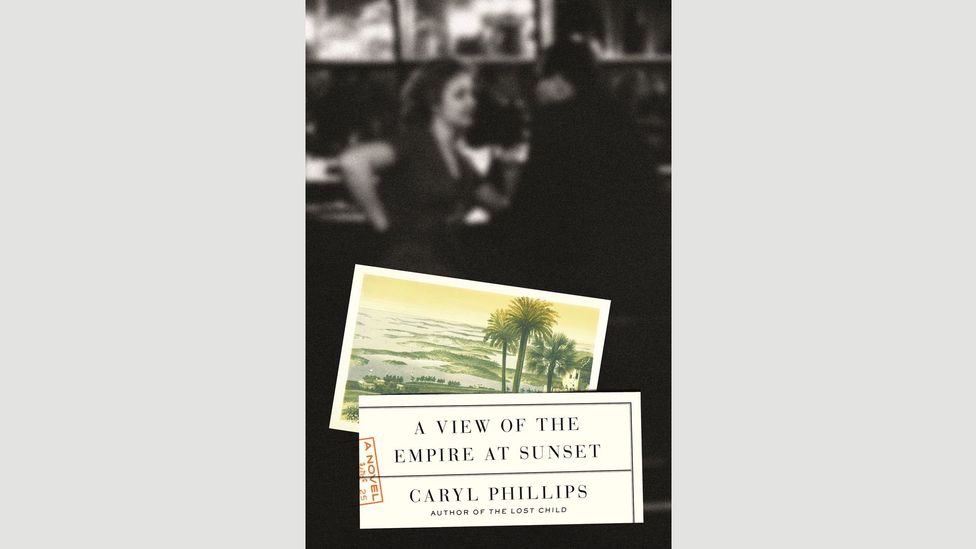 Caryl Phillips, A View of the Empire at Sunset

Phillips, whose The Lost Child cast Wuthering Heights in a new light, brings his eloquent gifts for writing about those marginalised by race, colonial status and class to a fictionalised version of the story of novelist Jean Rhys. Born to a Creole mother and a Welsh father in the West Indian island of Dominica, Gwennie is shipped back to England at age 16. There, she embarrasses her Welsh aunt, tries drama school, and begins a brief career as a showgirl. From an intimate perspective, Phillips captures her melancholy drift into alcoholism, her dependence upon men for support and her continual longing for home. In her 40s, she journeys back to the West Indies with her husband. Phillips wraps up his saga with a devastating final sentence. (Credit: Farrar, Straus and Giroux) 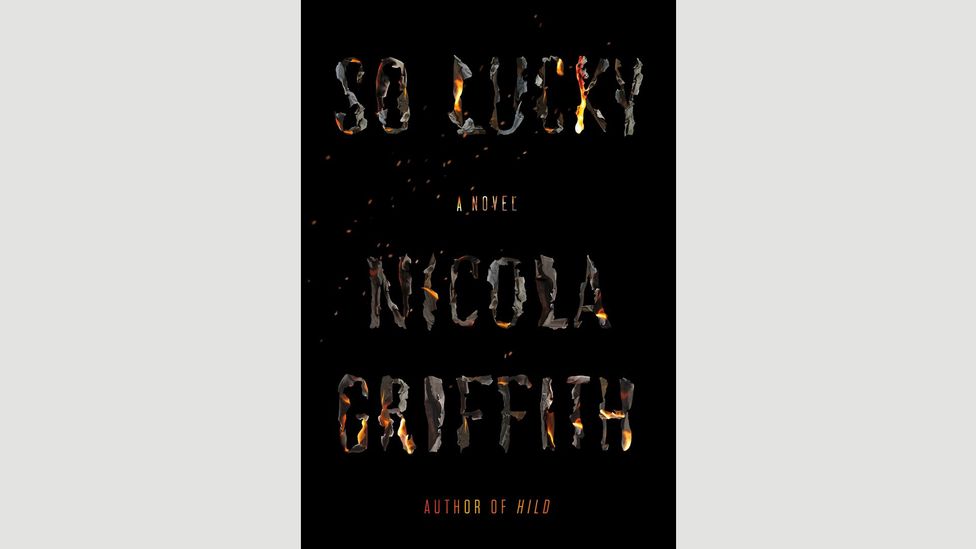 The narrator of Griffith’s new novel, after her award-winning Hild, is head of an Aids foundation in Georgia. Shortly after breaking up with her wife, she discovers she has multiple sclerosis: “Sufferer. Victim. Was that who I was now?” A new relationship falters and her job disappears as she faces the medical and social repercussions of her disease. With great insight and power, Griffith chronicles one woman’s fight to maintain her independence and grit in the face of a cascade of symptoms and complications. The plot twists into a sophisticated thriller when she is alerted to a serial killer who targets those who are losing strength and mobility. He may be using a mailing list she developed to help MS victims share information. And she is a target. (Credit: FSG Originals) 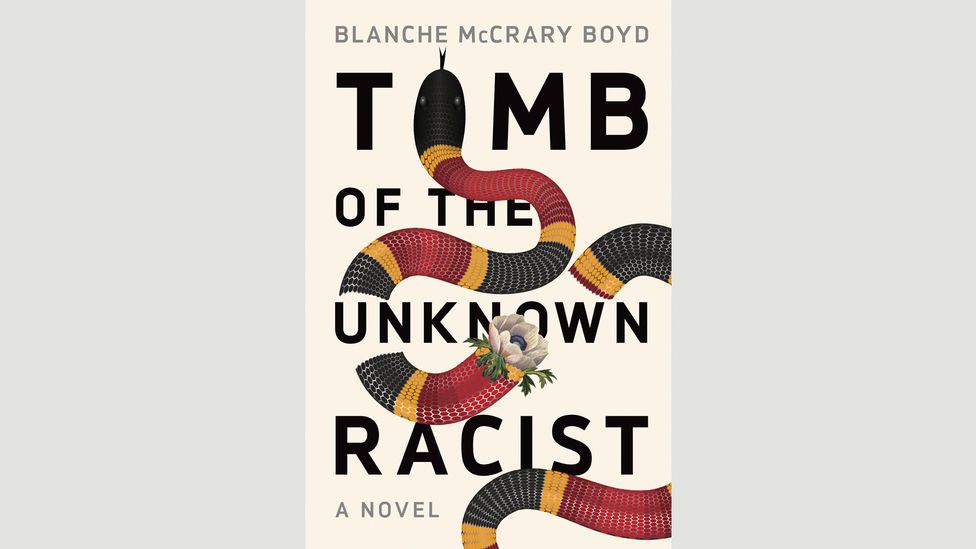 In this suspenseful novel, the last in a trilogy, Boyd gives a chilling portrait of the white terrorist network in the US during the time of Timothy McVeigh, convicted of the 1995 Oklahoma City bombing. Ellen Burns is watching TV with her mother in Charleston, South Carolina, in 1999 when she recognises her niece Ruby’s face in a news flash. Ruby’s two children have been kidnapped in New Mexico. Ellen’s brother Royce left Ruby and her Vietnamese mother in the early 1980s, when he disappeared into the white supremacist underground. He was killed in an FBI shootout in 1984. Ellen, who has her own radical past, risks her sobriety – and her life – as her search for Ruby’s children leads to unsettling revelations about her country, her family and herself. (Credit: Counterpoint) 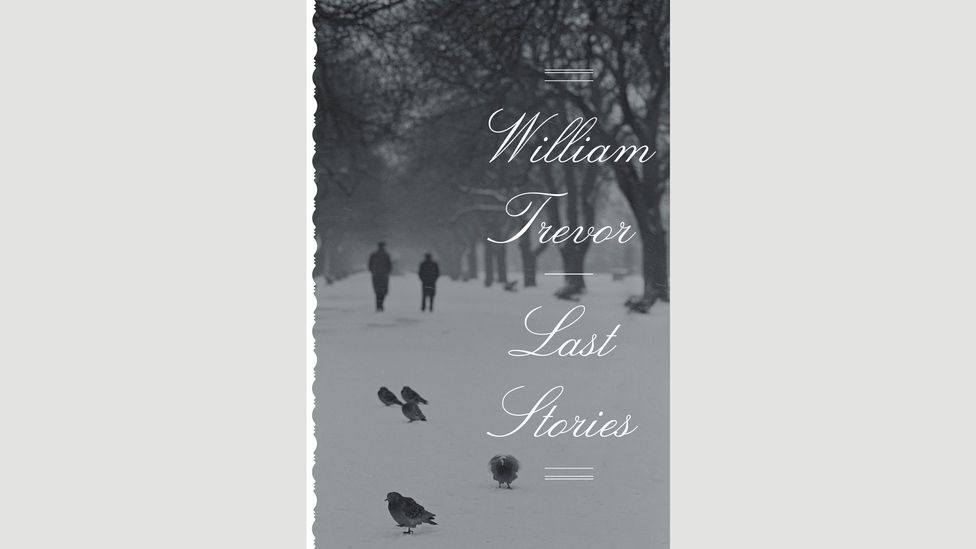 Trevor, the Irish-born novelist, three-time winner of the Whitbread Prize, and shortlisted for the Booker four times, is even better known as a master of the short story. He was working on this last collection of 10 stories in the years before his death on 20 November 2016. A piano teacher encounters an astonishing pupil whose secret habit makes her question her own past. Two women meet as if by chance in a stylish café. Anita is a former song-and-dance girl, deserted by her rakish husband, and now a publisher’s reader. Claire is the dancer who stole Anita’s husband and has now arrived to say he has died. Trevor created indelible characters and mysterious moments that return as echoes, subtle and profound. These stories are shining examples of his art. (Credit: Viking) 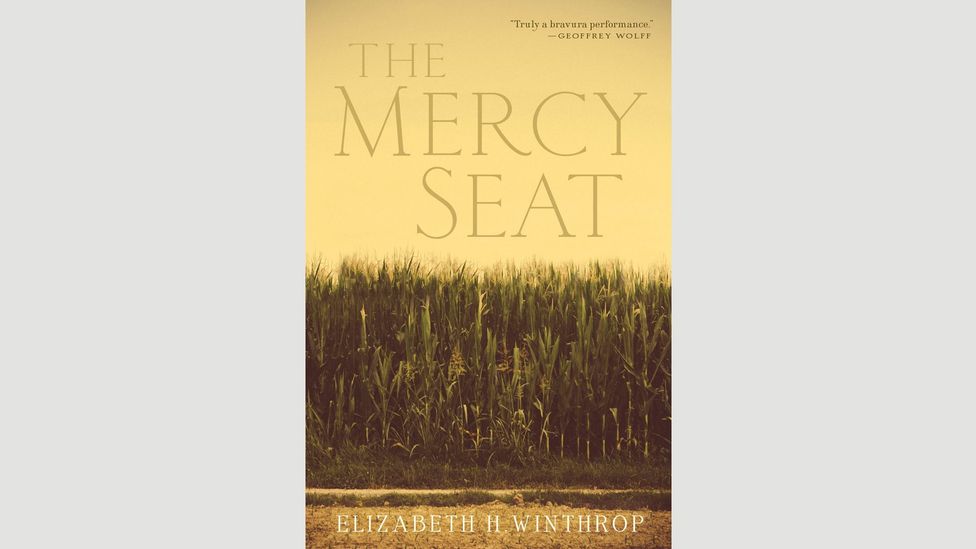 Winthrop’s beautifully crafted fourth novel, set during the hours before the execution of Willie Jones in 1943 Louisiana, is inspired by two real cases. She casts her story through a prism, capturing a spinning procession of characters in the hours leading up to midnight. Among them, there’s Lane, an Angola prison trusty driving the heavy-drinking guard, Seward, to pick up the travelling electric chair, which he finds “deeply sinister in its simplicity”. There’s Willie, 18, awaiting his death after being wrongfully convicted of rape (his white girlfriend’s father caught them together). And Willie’s father Frank, making a slow wagon journey with Willie’s tombstone, desperate to see his son one last time. And the district attorney, who called for the death penalty after his son was kidnapped as a warning. (Credit: Hodder and Stoughton) 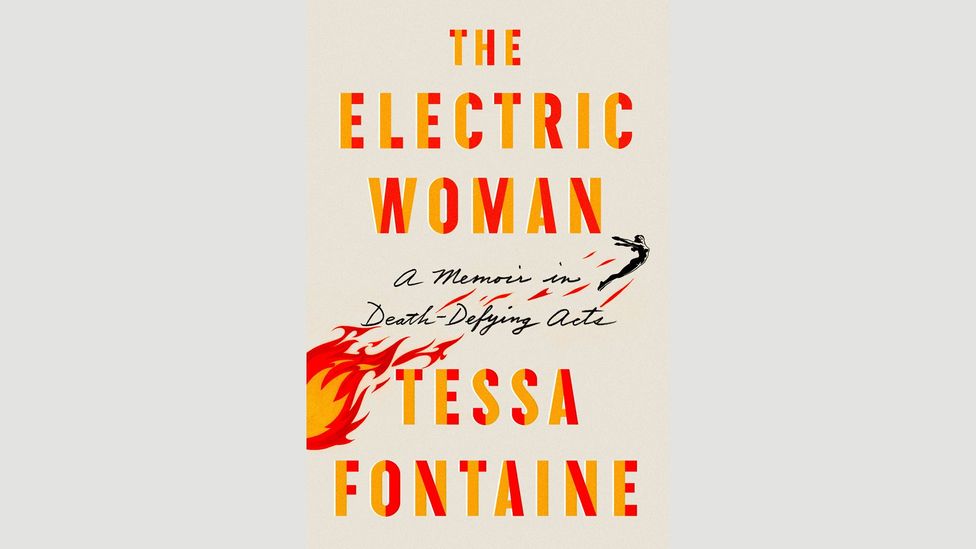 Fontaine’s marvellous memoir is filled with “death-defying acts”, starting with her mother’s catastrophic stroke in October 2010. Her mother has lost language; Tessa is tortured by the thought she may never be able to assure her she loves her. In February 2013, Fontaine follows an impulse to join performers who risk physical harm, but survive. Faking her credentials, she goes on the road with the World of Wonders, where she learns to be a snake charmer, fire eater and sideshow extra. Meanwhile, her stepfather takes her mother to Europe. As Tessa grows seasoned, setting up and tearing down, managing injuries, she becomes determined never to be someone who “couldn’t hack it”. Her account of her coming-of-age summer on the road is filled with small miracles. (Credit: Farrar, Straus and Giroux) 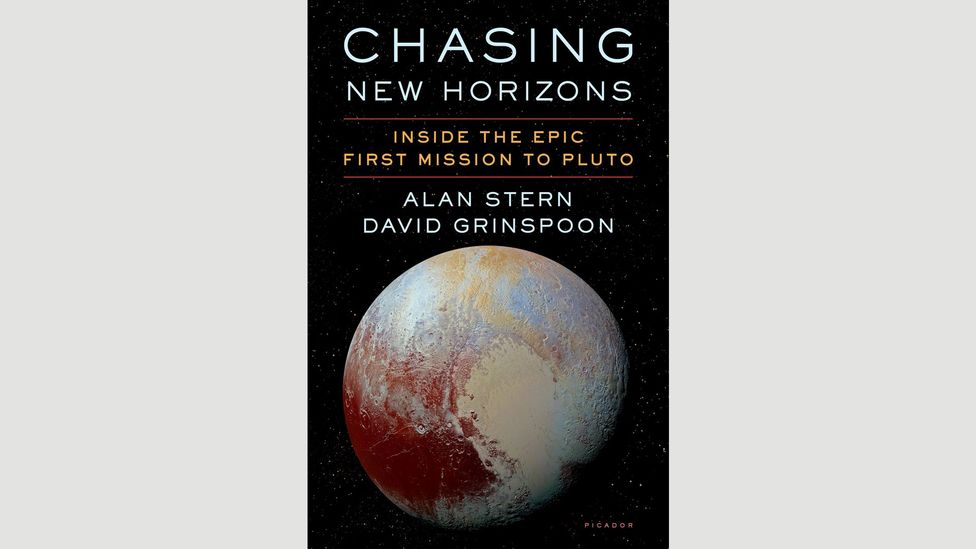 Alan Stern was the lead scientist on the historic Nasa expedition that sent the New Horizons spacecraft three billion miles to Pluto, which he called the “Everest of the solar system”. This behind-the-scenes narrative, co-authored by astrobiologist Grinspoon, who was also involved with the mission, offers thrilling descriptions of “what it took to get this landmark space mission conceived, approved, funded, built, launched and flown successfully to its oh-so-faraway target”. Stern, born in 1957, the year Sputnik was launched, was inspired by the early Apollo landings, and spent a quarter of a century preparing for the New Horizons launch in 2006. The Pluto mission’s historic 2015 flyby beamed photos back to be shared worldwide and excite a new generation of space explorers. A thrilling ride. (Credit: Picador) 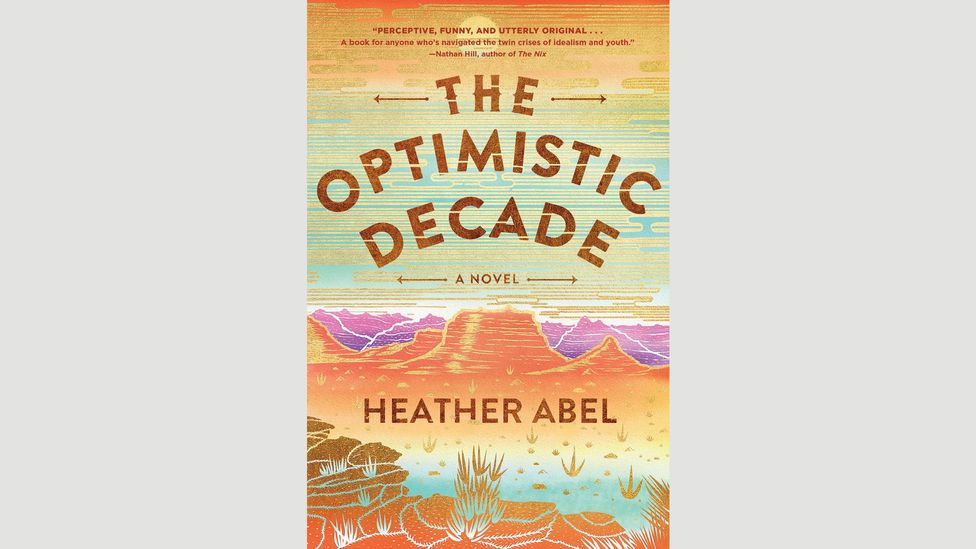 Rebecca is a socially awkward Berkeley undergraduate considering journalism in 1990 when her father, Ira, who runs a left-wing periodical, sets her up to work as a counsellor at a Colorado summer camp named Llamalo run by her cousin Caleb. Her adventures include a comic sexual awakening, the discovery of a revenge plot against Caleb for buying out land owned for generations, and a glimpse into the downfall of her father. (It’s he who tells her, “Maybe everybody has one decade, call it an optimistic decade, when the world feels malleable and the self strong.”) Abel is as adept at glossing the politics of the Reagan era and class anger as she is charting shifts in the landscape and change among campers, counsellors and Caleb himself. A fresh and savvy first novel. (Credit: Algonquin Books) 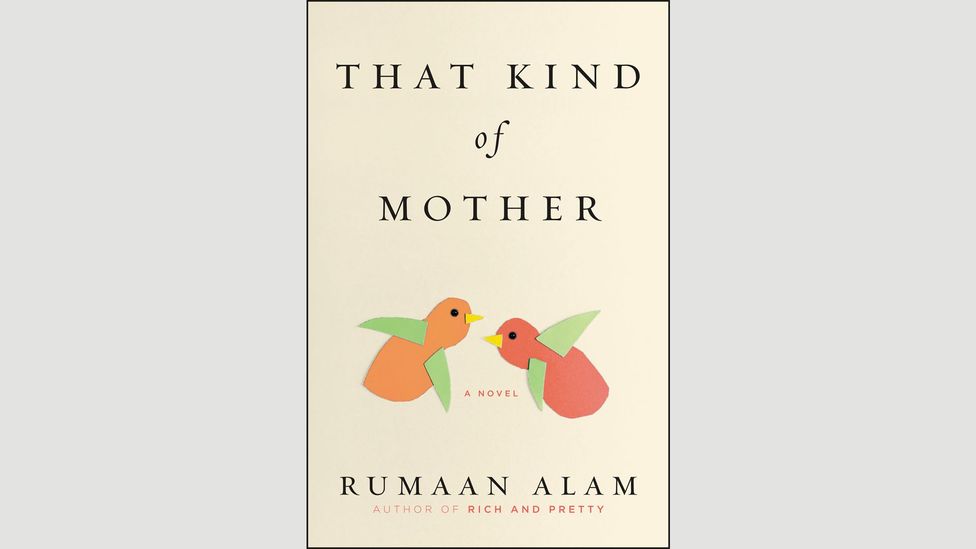 Rumaan Alam, That Kind of Mother

Alam opens his second novel in a Washington, DC hospital in 1985; Rebecca Stone is in labour with her first child, Jacob, her British husband at her side. The challenges of new motherhood begin with a visit from Priscilla, a breast-feeding consultant whose tenderness and fondness for Princess Diana (“maybe she makes it look too easy,” she says) transform her into a trusted ally, then Jacob’s nanny. Priscilla makes it possible for Rebecca to work – she is a poet, destined to win awards – and becomes one of her few intimates. When Priscilla dies in childbirth, Rebecca adopts her newborn son. One of the glories of this novel, as it tracks Rebecca through 1999, is its compassionate exploration of individuals reaching across racial and class divides to create family. (Credit: Ecco Press) 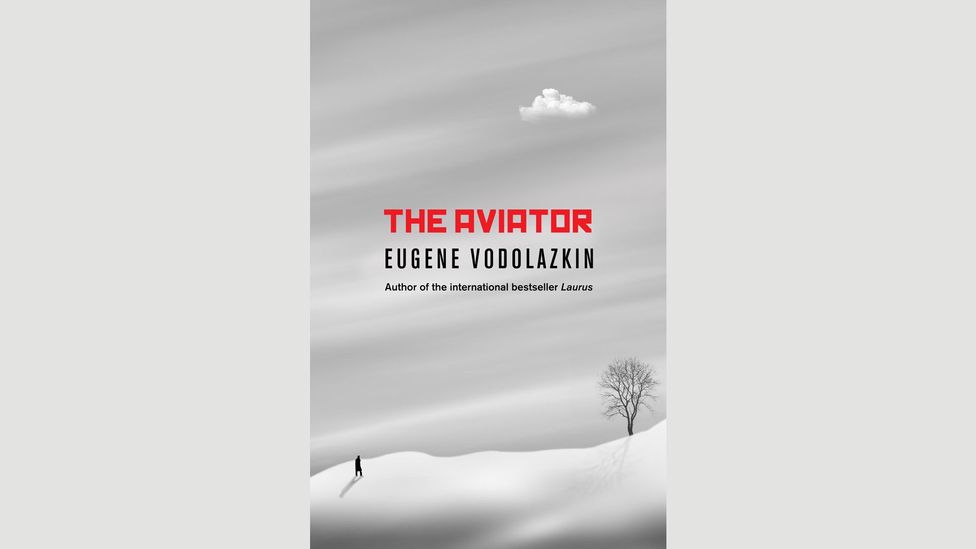 A man awakens in a hospital bed, remembering nothing. A doctor tells him his name and instructs him to write down his memories. And so Innokenty Petrovich Platonov begins his journey back to himself. He recalls playing a dashing aviator as a boy, his first love, the Russian Revolution, and the first time he drank vodka (his friend toasted, “We’re the same age as the century”). He remembers the gulag. The primary horror of historical calamities, he concludes, is “that the basest of human fervors are liberated”. When he realises his pills were manufactured in 1999, Dr Geiger fills him in about the Lazarus project. A fascinating, science fiction-tinged chronicle of a century in Russia, translated from the Russian by Lisa C Hayden, from an author who has won Russia’s Big Book and the Yasnaya Polyana awards. (Credit: OneWorld)