Loading
Stories that shaped the world | Literature
Requiem: How a poem resisted Stalin
Share using EmailShare on TwitterShare on FacebookShare on Linkedin 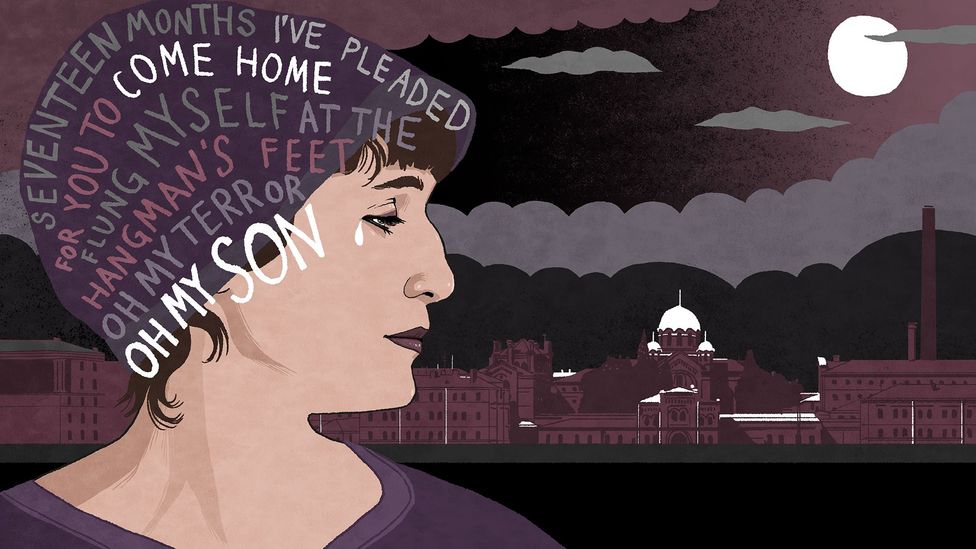 By Martin Puchner 15th May 2018
To avoid persecution by Stalin, the poet Anna Akhmatova burnt her writings and instead taught a circle of friends the words of her poem Requiem off by heart. By going ‘pre-Gutenberg’ she ensured its survival, writes Martin Puchner.
W

When Anna Akhmatova began working on her long poem Requiem sometime in the 1930s, she knew that she would not be allowed to publish it. Stalin was keeping a tight grip on the printing presses, and he would not endorse a poem that grappled with the gulag, the vast prison system his regime had set up across the Soviet Union. Undeterred, Akhmatova wrote the poem anyway, weaving together her experience of standing outside the prison with other desperate woman, hoping to catch a glimpse of a loved one or an encouraging piece of news, with other impressions of life under Stalin.

- An ancient poem that still sums up war

His control extended beyond the printing presses to most areas of life. Akhmatova knew that the secret police might search her apartment and find her writings, so she burnt the paper on which composed drafts of the poem, after learning it by heart. But what if she were arrested and executed? 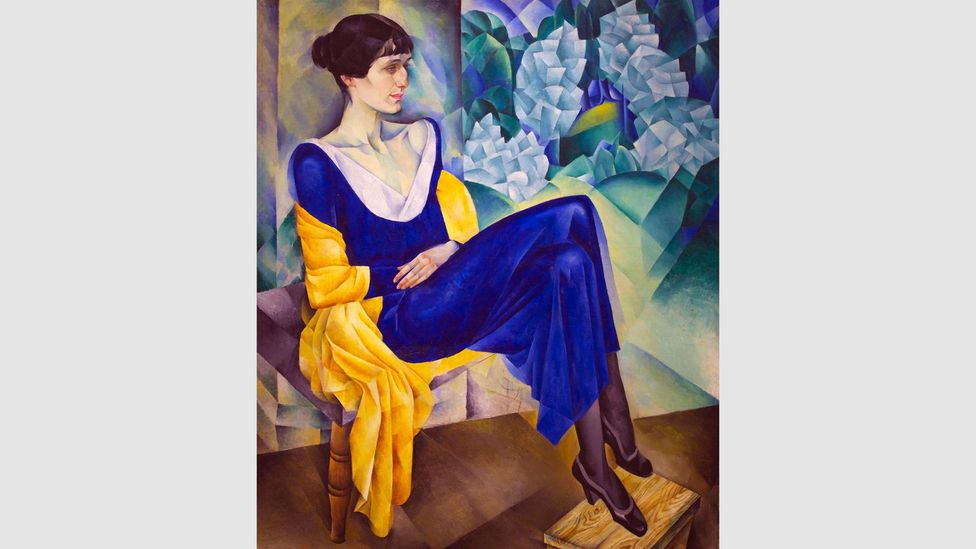 Akhmatova was born Anna Andreevna Gorenko in June 1889 in Bol’shoi Fontan, near the Black Sea, to an upper-class family – this 1914 portrait is by Nathan Altman (Credit: Alamy)

To ensure the survival of her poem, she taught it to her closest female friends who would remember the poem after her own death. She called this situation ‘pre-Gutenberg’ because state terror had forced her and other underground writers to live as if the printing press had never been invented.

Their minds became the paper on which Akhmatova preserved and revised her poem word by word, comma by comma, with the precision typical of literature crafted with an eye towards the permanence of writing

Even that description was an understatement, since Stalin forced Akhmatova and her friends to live in something that almost resembled an oral culture, reduced as they were to reciting words from memory. Almost, but not quite: Akhmatova had composed her poem on paper, not orally, and Requiem had none of the structures of oral literature, such as exchangeable building blocks, repeated phrases, and improvisation. 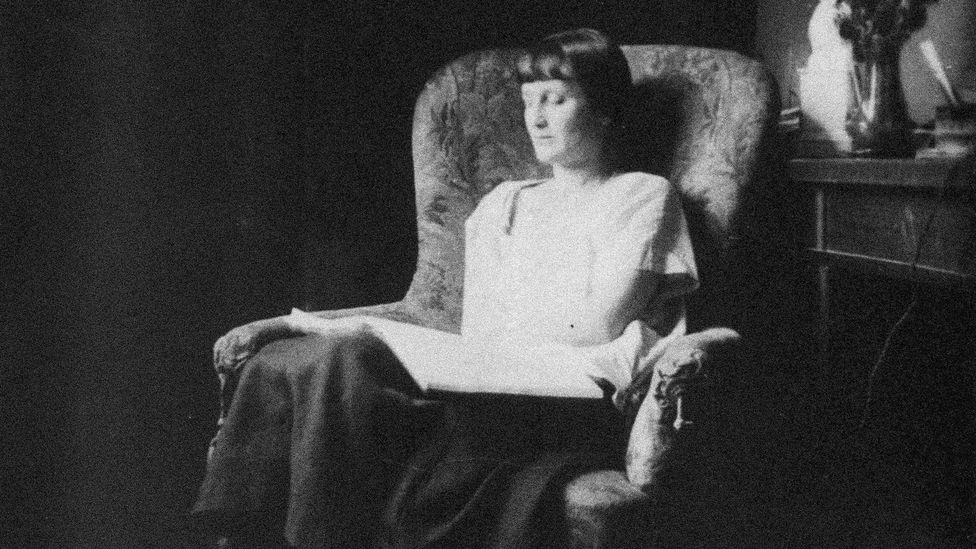 She took her pen name Akhmatova in the belief that one of her ancestors was Khan Akhmat, a Tatar chieftain who belonged to the royal bloodline of Genghis Khan (Credit: Alamy)

Improvisation was particularly intolerable to Akhmatova. When she made changes to her poem, she asked her friends to remember them, insisting that the final draft of the poem be the one they would remember from now on. It was a reminder that Akhmatova’s friends weren’t oral poets or bards: their minds became the paper on which Akhmatova preserved and revised her poem word by word, comma by comma, with the precision typical of literature crafted with an eye towards the permanence of writing.

Akhmatova had good reasons to be worried about Stalin, who was particularly obsessed with literature. Akhmatova had made a name for herself in the pre-revolutionary era, coming to be known as the Russian Sappho, and this made her automatically suspect in the new world ushered in by the Russian Revolution. 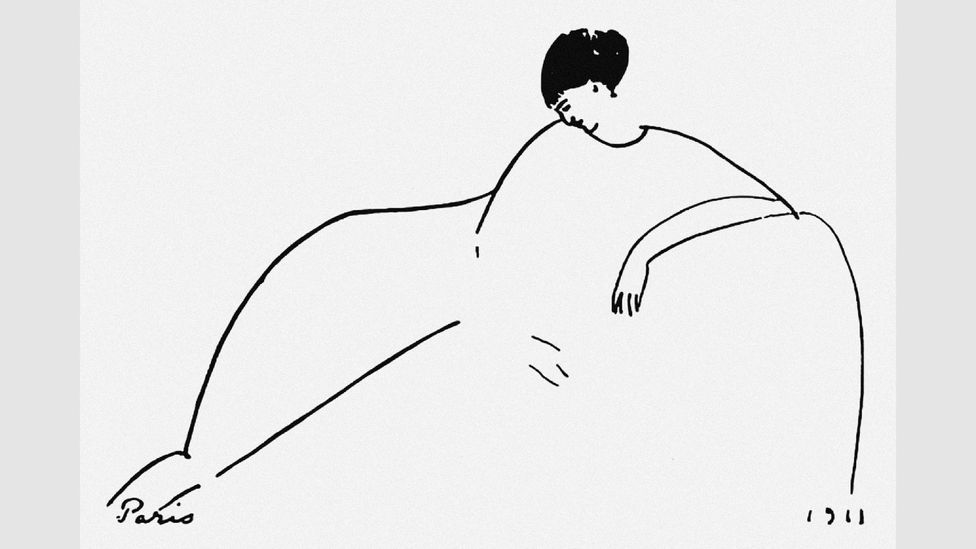 A 1911 portrait of Akhmatova by Amedeo Modigliani: she addressed him in a poem with the lines ‘When you’re drunk it’s so much fun/Your stories don’t make sense’ (Credit: Alamy)

She tried to fit into the new system, but Stalin remained suspicious and kept her under close watch. Akhmatova came to learn that worse than a regime indifferent to poetry, was one obsessed with it.

A poem about the terror, about the experience of living under totalitarianism, a poem that named the chief of the secret police and captured the de-humanising effects of the entire system, would never be tolerated

The lives of dissident writers improved when Stalin was distracted by World War Two (Akhmatova took to the radio to give courage to her fellow citizens of St Petersburg, recently renamed Leningrad), but Akhmatova made the mistake, right after the war, of meeting with the young British intellectual Isaiah Berlin. When Stalin heard of the meeting through an informant, he was reported to have said: “so the nun has been meeting with foreign spies” (earlier attacks on Akhmatova had labeled her a nun). It was only after Stalin’s death in 1953 that Akhmatova could hope to become a public poet again. 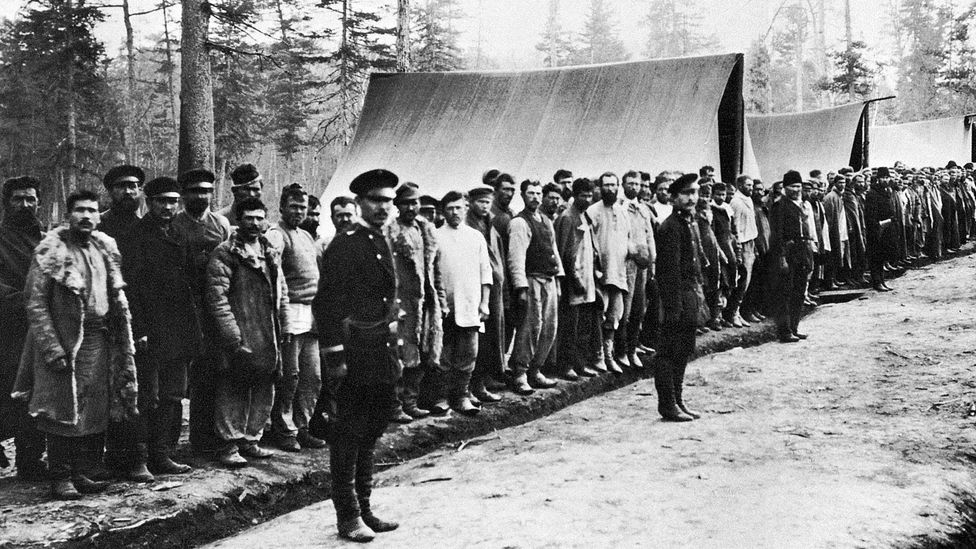 Akhmatova’s books were banned between 1925 and 1940: her poem Requiem was a testament to the victims of Stalin’s Terror, like these gulag inmates (Credit: Alamy)

But even in this new climate, a poem about the terror, about the experience of living under totalitarianism, a poem that named the chief of the secret police and captured the de-humanising effects of the entire system, would never be tolerated. Stalin was dead, but the system of censorship he had created was still in place. 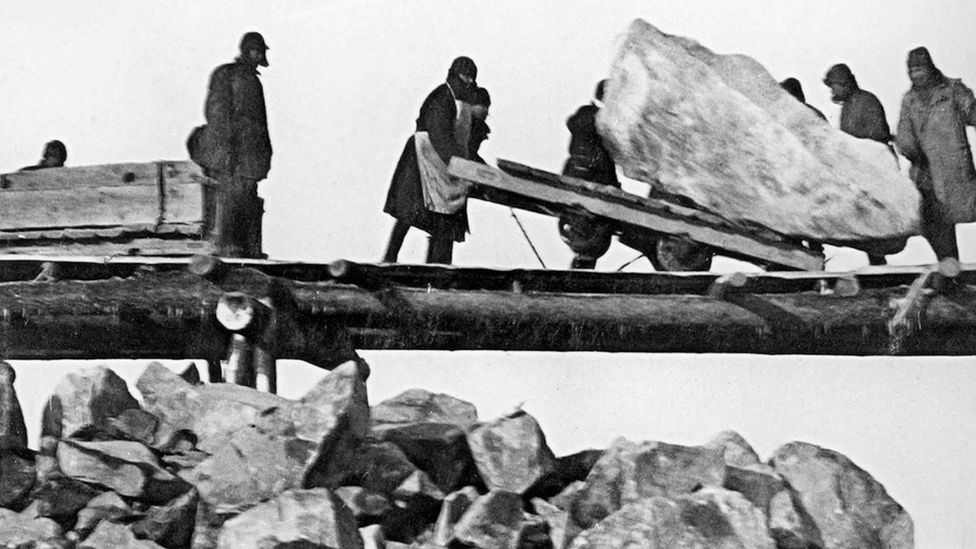 Akhmatova lived in both prerevolutionary and Soviet Russia: a 1917 poem argued that historical memory should take the place of personal memory (Credit: Alamy)

Without access to print, leading dissident writers created an underground system of publication based on hand-written editions or carbon copies made with typewriters (up to 15 carbon copies could be made in a single sitting). This publication system – still pre-Gutenberg – was called samizdat, or self-publishing, in contrast to the alternative tamizdat, or publishing abroad, which involved smuggling photocopied manuscripts to the West and having them published there and smuggled back.

The poet v the state

Samizdat began with poems, which were short and therefore easy to multiply by hand or typewriter, but it soon extended to novels and political essays as well. Samizdat material was typically read alone or in groups in a single sitting, often at night, and passed on to the next trustworthy reader. It was against the law and risky, but it proved unstoppable. Only a return to Stalin’s terror could have stopped it, and no one had the stomach for a new wave of repression on that scale.

State censorship and control over writers had turned those writers into heroes of resistance, making them the most dangerous enemies of the regime

Gradually, samizdat increased its reach, turning Russian dissident literature into a potent weapon. Paradoxically, state censorship and control over writers had turned those writers into heroes of resistance. Their power didn’t work immediately, but it worked over time, making these writers the most dangerous enemies of the regime. 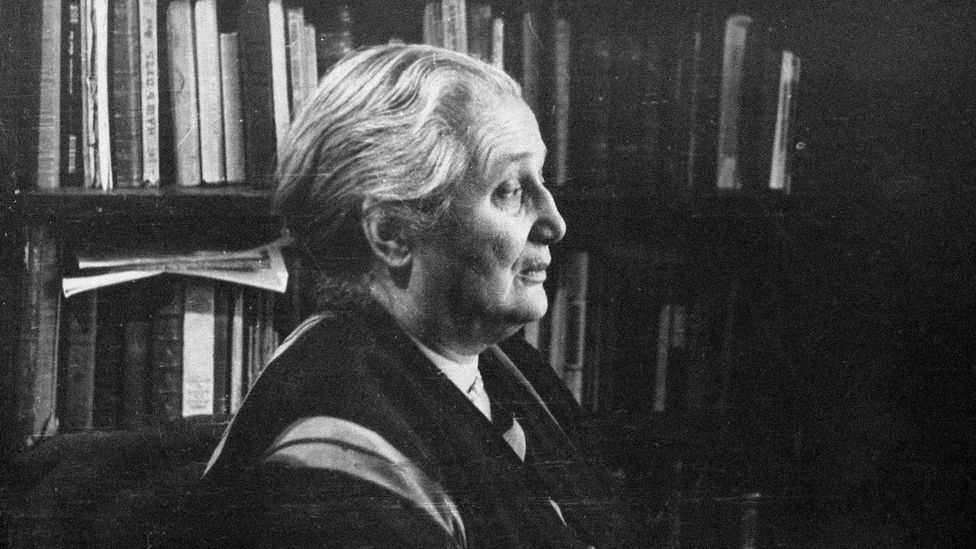 Isaiah Berlin, who visited Akhmatova in Leningrad in 1945 while serving in Russia as first secretary of the British embassy, described her as ‘a tragic queen’ (Credit: Alamy)

Requiem was published abroad (tamizdat) during Akhmatova’s lifetime, but not in her home country, where the poem continued to circulate underground. The very fact that it was suppressed gave it added significance, slowly eroding the legitimacy of the regime. Requiem was published only in the 1980s, when Akhmatova was officially rehabilitated by Mikhail Gorbachev, one year before the Soviet Union ceased to exist.

When I read Requiem now, I find myself compelled by its powerful images, by a voice that registers the effects of terror in everyday life, and by the snippets of overheard conversation arranged in individual vignettes that create a powerful effect of despair and resilience. I am moved by the history of the poem and the struggles that were necessary for it to be published and make it into my hands. Above all, I am in awe of the unequal struggle between Akhmatova and the state – and that it was Akhmatova who won.