Loading
Stories that shaped the world | Literature
The Panchatantra: The ancient ‘viral memes’ still with us
Share using EmailShare on TwitterShare on FacebookShare on Linkedin 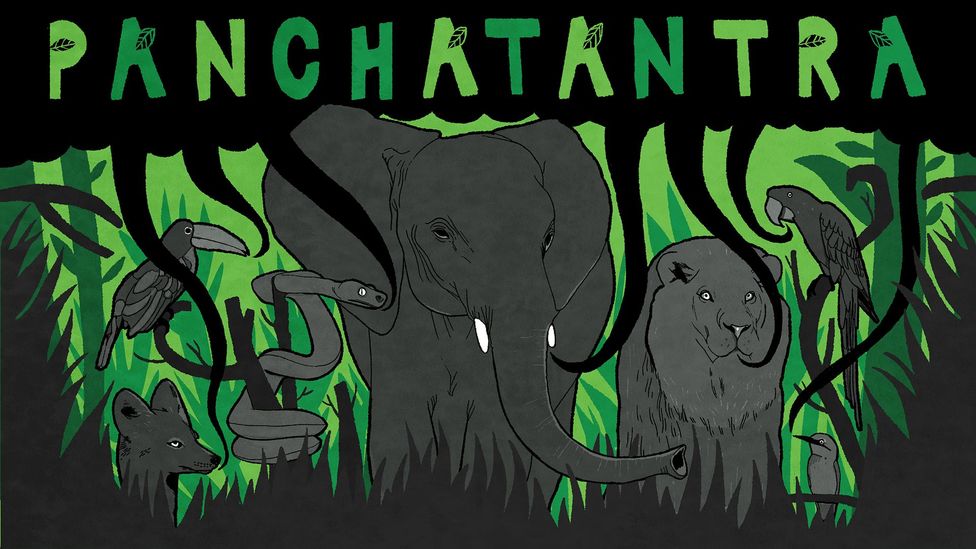 In the first millennium, roughly 1,500 years ago, a pair of jackals began travelling around the world. They were known in India as Karataka and Damanaka, and they were the stars of one of the fabulous animal stories in a vast collection known as the Panchatantra.

Carried to Iran by the Persian physician Borzuya, the jackals became Kalilag and Dimnag. The stories flowed from Pahlavi into Arabic, where they remain Kalila and Dimna, from Arabic into Syriac, and from Syriac, many centuries later, into German. In the 8th Century, the jackals – one wily and cunning, one noble and upright – found their way into Old Castilian, where Europe embraced Calila and Dimna.

- How a poem resisted Stalin

By then, the tales from the Panchatantra, intended to teach princes statecraft, strategy, the pleasures and perils of friendships, moral conduct and lessons in power, had spread all around the world.

What these ancient, linked stories carried was what our generation would call 'viral memes'. The massively influential idea of 'frame' stories, tales nested inside one another like Matryoshka dolls or measuring cups, influenced writers from Geoffrey Chaucer to Boccaccio. Equally powerful was the idea of talking animals, of the jungles and the forests as wild places that mirror the human struggle for power, justice and survival, which influenced the fabulist poetry of  Jean de La Fontaine – and brings to mind Aesop’s Fables. 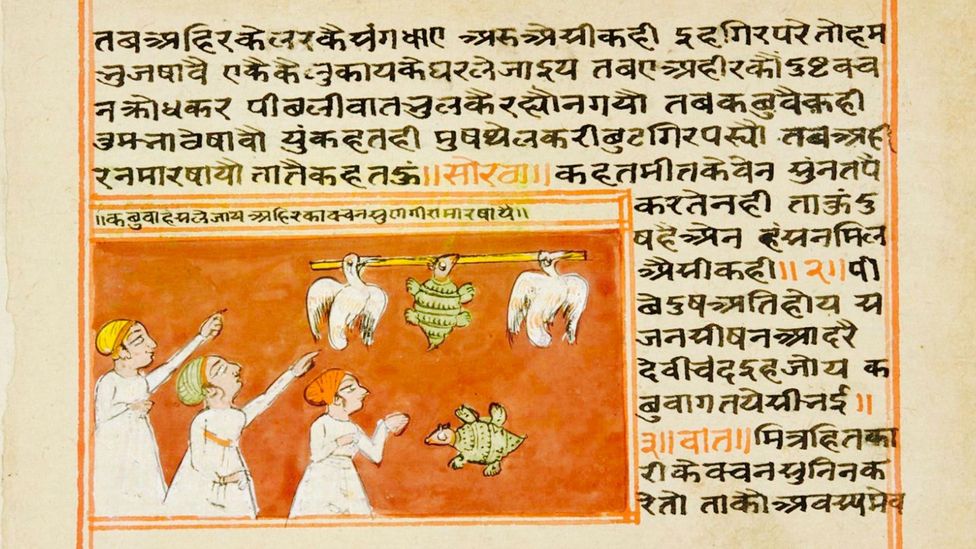 The Fable of the Talkative Turtle is about the importance of knowing when not to speak – especially if you’re in a dangerous situation (Credit: Alamy)

The tales spread through a colourful network of pilgrims, court emissaries, Crusaders, monks, scholars, soldiers, diplomats, traders and assorted travellers across the world. Scholars argue over who wrote – or collected – the tales of the Panchatantra, harvesting them from the collective consciousness of folk memory.

Most scholars agree that the earliest collected Panchatantra – the original Sanskrit, now lost, has been reconstructed from other translations – was probably compiled by an octogenarian Brahmin named Vishnu Sharma in Kashmir, roughly between 350-400 CE. Another version, translated by Durgasimha into the Indian language Kannada in roughly 1025 CE, travelled across Asia. Since then, the Panchatantra has had more than 200 retellings in at least 50 non-Indian languages.

Borzuya, who was chief minister to the Persian king, came to India in 570 CE, in search of a legendary herb that held the elixir of life and was reputed to resurrect the dead. But it was a futile search – his treks through the Himalayas, his visits to sages, drew a blank. Chandra Rajan, translator of a modern version of the Panchatantra, explains that Borzuya finally met a philosopher who told him that the elixir was in fact a book. “The high mountains were the wise and learned men of lofty intellect; the trees and herbs their virtuous writings and the wisdom extracted from these writings the Elixir of Life that revived the dead intelligence.” The book had power; that was known right from the start.

“Whoever learns the work by heart,
Or through the story-teller’s art
Becomes acquainted. His life by sad defeat – although
The king of heaven be his foe –
Is never tainted.”

It was in part the promise that the Panchatantra made – as a nitishastra, it aims to teach the “wise conduct” of life – but its influence went far beyond that. Some stories last; some beget other stories; a rare few revive ancient and half-forgotten storytelling forms, and make them new again. 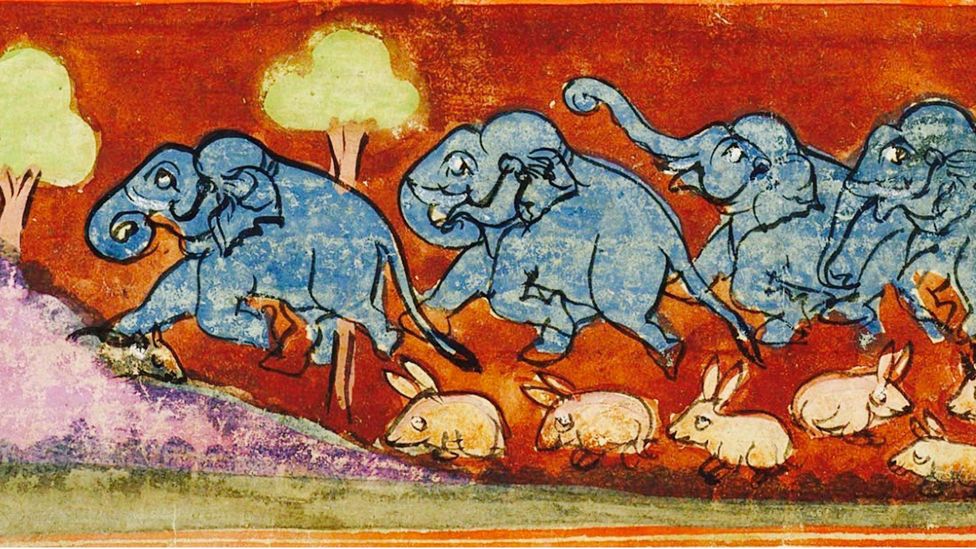 The Panchatantra has been illustrated countless times, including in this 18th Century watercolour of elephants trampling hares created in Rajasthan (Credit: Alamy)

In 1668, La Fontaine published the first volumes of his influential Fables, which were used to teach French children for centuries. The Fables were drawn from Eastern and Western sources, with a deep debt to the Panchatantra. “I must acknowledge that I owe the greatest debt to Pilpay, an Indian sage,” La Fontaine wrote. “Pilpay” was a corruption of “Bidpai”, which may have either been a form of the Indian word for 'learned one' or have been a corruption of another Indian surname – testimony to the way in which every translation itself morphed and changed, clinging on to only part of its roots, as it travelled through Europe and Asia.

La Fontaine’s translator Elizur Wright notes: “Fable slept, with other things, in the dark ages of Europe. As literature revived, fable was resuscitated. The crusades had brought the European mind in contact with the Indian works [the Panchatantra and the Hitopadesa] in their Arabic dress. Translations and imitations in the European tongues were speedily multiplied.” 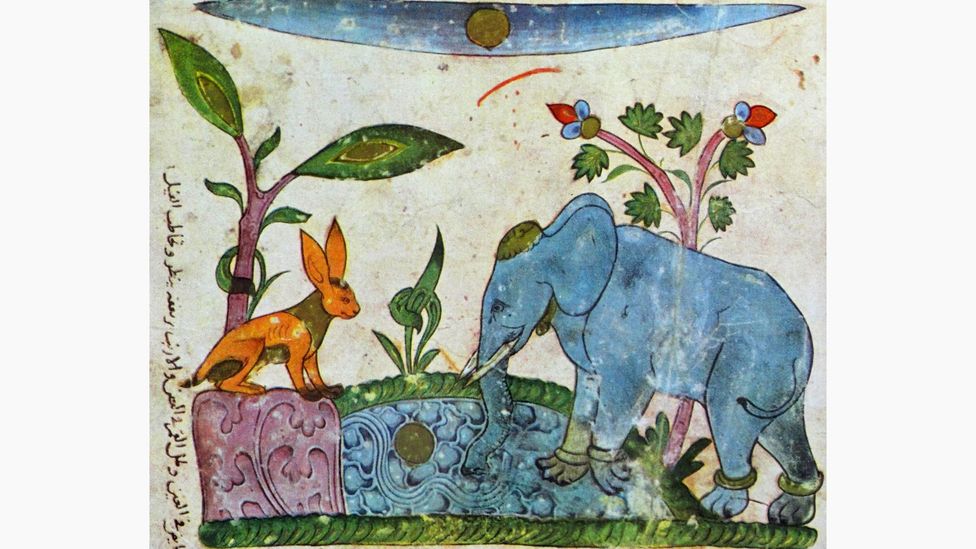 These stories show humans’ deep desire to tell tales with anthropomorphic animals – something that stretches from antiquity to modern cartoon animations (Credit: Alamy)

As well as influencing the Decameron and Chaucer’s Canterbury Tales, the Panchatantra left its impact on the Br’er Rabbit folk tales in the US and on the nested stories, like miniature boxes of wonders, in the One Thousand and One Nights. Some Indian scholars argue that the Panchatantra and the Buddhist Jataka tales influenced 30 to 50% of all nursery rhymes and ballads.

It has influenced roughly 90 to 96 human generations – that is big magic, as deathless as any herb promising resurrection and eternal life

Most stories, even good ones, live and die within their times. The older a story is – the longer it’s lasted – the more powerful it becomes. The Panchatantra has influenced roughly 90 to 96 human generations. That is big magic, stronger than any elixir, as deathless as any herb promising resurrection and eternal life.

“The things that claw, and the things that gore
Are unreliable things;
And so is a man with a sword in his hand,
And rivers, and women, and kings.”

Over its long lifespan, the Panchatantra has been taught to civil servants – members of the British East India Company, for instance – for its shrewd lessons on kingship, the conduct of ministers to the king, strategies to rein in enemies and turn back their jealousy or hate. And in ancient Persia, it was taught alongside texts such as the Shahnama as a useful manual of good governance.

In India, the veteran business author Gurcharan Das still draws lessons from the Panchatantra, citing the business philosophy of the prosperous merchant Vardhamanaka: “In order to live a successful life, it says, a businessman must learn four skills: first, to make money; second, to conserve it once it is made; third, spend it wisely; and finally, to give it away.” 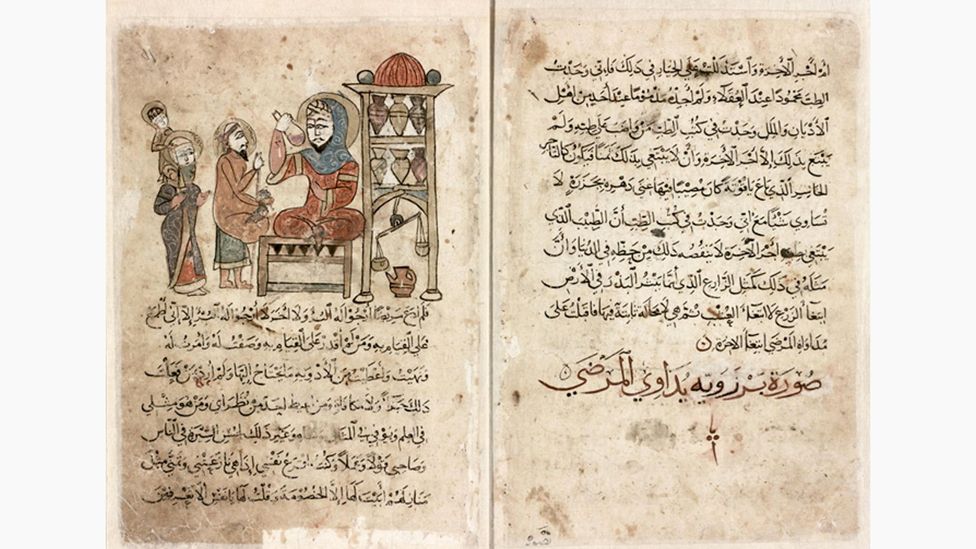 The Panchatantra taps into the impulse to tell animal stories that offer life lessons – much like Aesop’s Fables and Native American myths (Credit: Alamy)

It contains strategies for governance and kingship as well as prudent advice on money and wealth – but the core of the Panchatantra remains a forest, bristling with predators and dangers. A crocodile befriends a monkey; his wife develops a longing to eat the monkey’s heart. A hare, in danger of being eaten, lures a lion to its death. In one of the most popular, and saddest, stories, a brave mongoose defends an infant from a snake, but the child’s mother sees the blood on its jaws, assumes the animal has murdered her child, and in rage, slaughters the beast. 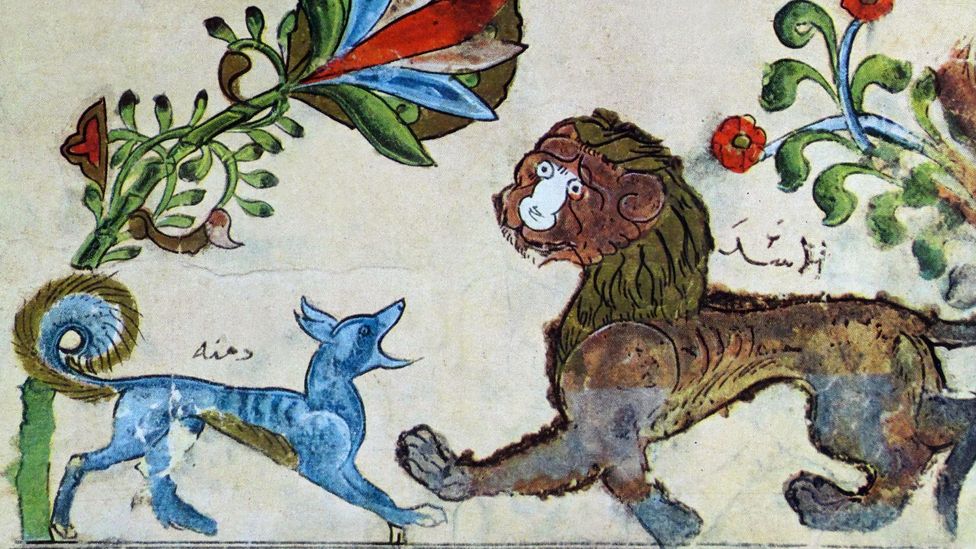 Arab artists have long illustrated stories from the Panchatantra such as this drawing of the jackal Dimnah and the lion Pingalaka (Credit: Alamy)

Talking about the Panchatantra in her book, Political Violence in Ancient India, the historian Upinder Singh pointed out that the tales are violent, the talking animals constantly offering advice on how to kill or not be killed. “The emphasis is on the need for effort, intelligence, cunning, and – above all – solid good sense to survive in a difficult world,” she writes.

The fable forest has troubles, and pitfalls, and old wells and rivers that contain lions and crocodiles. Stories tumble out everywhere you look, teaching you how to stay alive in the jungle, whom to make friends with, how to survive, and sometimes, how to be good and generous while you do all of this. 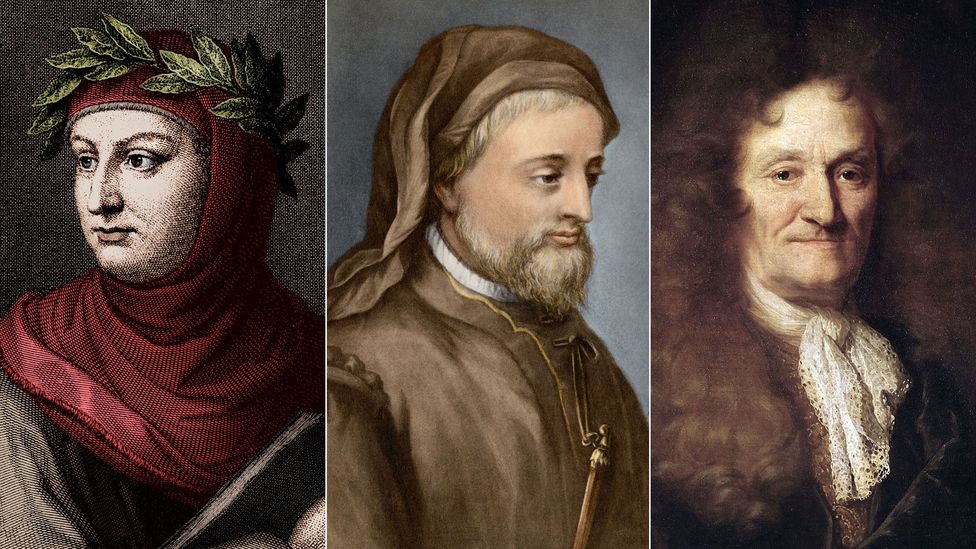 Giovanni Boccaccio, Geoffrey Chaucer and Jean de La Fontaine are just three of the subsequent writers influenced by the style and structure of the Panchatantra (Credit: Alamy)

Perhaps what we have wanted for centuries from stories goes beyond happy endings. The Panchatantra reminds you that forests have dark places, and wild creatures cannot be tamed. Sometimes the rabbit wins – sometimes a monkey goes too far, and it loses. Sometimes the lion is the hero; sometimes he’s the wicked monster whom everyone hates.

Something deep inside us has responded, across time, geography and generations, to something deep inside the Panchatantra itself. It is the wild part of ourselves that these fables speak to: the part that doesn’t belong in a city but remembers caves, jungles, open skies, the sense of being surrounded on all sides by danger, and possibility.