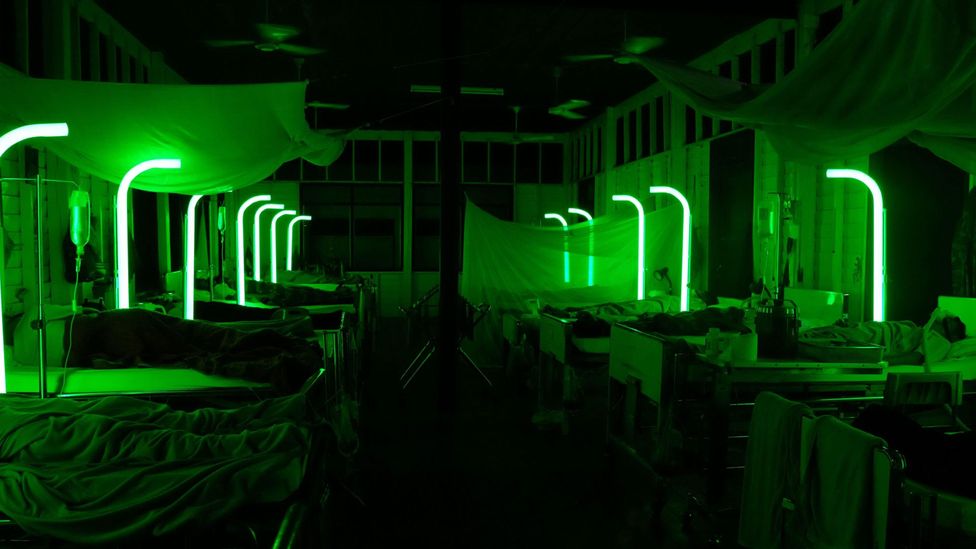 It's a strange thing to meet a stranger whose dreams you've dreamed. That's what it feels like to find myself sitting across from Apichatpong Weerasethakul one afternoon in the thick-carpeted quiet of a Doha hotel. We are both at Qumra, a week-long industry event held annually in the Qatari capital, at which Apichatpong is one of 2018's attending ‘masters’. It is easy to feel dislocated and rootless here: a few miles away the skeleton scaffolds of future World Cup stadiums rear up from shifting sands, and outside, the bright paving stones of the already immaculate souk are being scrubbed of the last few hours of history once again. Everything feels new and clean and spaciously empty, except this room, which I'm fanciful enough to imagine teeming with a shared lexicon of imagery and ideas. In here, there are talking baboons, sleeping soldiers, ghosts and goddesses, doctors swigging hooch from stashes hidden in prosthetic legs and dead sons turned into furry, red-eyed demons that, a delighted Apichatpong claims, are often likened to Chewbacca.

The Star Wars reference caught everyone off-guard during his Masterclass event. So did his hat-tips to ET and Close Encounters of the Third Kind ("Spielberg was God, for a small town in Thailand") and his affinity for 70s disaster movies. A ripple of something like disbelief went around the hall when he mentioned Netflix. It's as though Apichatpong, being the purveyor of such otherworldly reveries as Tropical Malady, Syndromes and a Century and Palme d'Or winner Uncle Boonmee Who Can Recall His Past Lives, is somehow expected to be not quite of this world himself. As though his eyes should be forever fixed on a loftier faraway that none of us mere mortals can glimpse, except briefly, when huge flowers of wonder blossom suddenly in our heads while watching Cemetery of Splendour in a packed press screening.

I suddenly worry that I, too, am expecting Apichatpong to be some sort of mystic.

So rather than anything more metaphysical, I ask him about Gattaca, the 1997 film with Jude Law and Ethan Hawke and the outlier on the list of his favourite movies I found. He looks briefly alarmed. "What, you don't like it?" I assure him that I do, because I do. He is relieved. "It's really romantic, I feel it's like my memories of Ray Bradbury novels. You know, there's something very simple about the boy who wants to go to space, and I share this nostalgia." "You are also the boy who wanted to go to space?" I ask him.  "I think many of us are. Yeah." 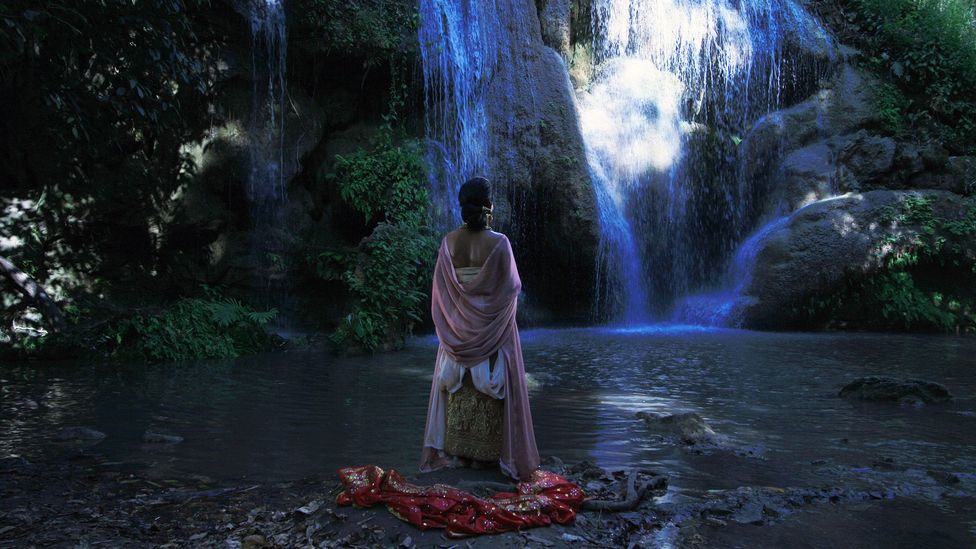 In person, he is as quietly spoken and considered as his films, and he exhibits the lovely verbal tic of rounding out a thought with a soft, plosive "...yeah" – a tiny little exhalation of affirmation. But he can also make great semantic leaps from the arcane to the prosaic and back again across a single sentence of imperfect, yet oddly precise English. He is amused when I mention the reaction to his rueful reference to a certain streaming giant. "But I also have Netflix! It's just a different kind of food. The thing is, I don't know how to cook that way." That goes for TV in general: "I don't think like this, in episodes." But he's quick to add, "It's not better or worse, just the way you are trained. And the big screen is the beautiful ritual for me, yeah."

I create movies for cinemas. I feel like the DVD or whatever, that’s not my movie – Apichatpong

That his feature films are designed for this endangered "ritual" is undeniable. Engulfed in a grotesquely gorgeous image of, say, collaborator Jenjira Pongpas suckling a soldier from her misshapen knee; cocooned in the glistening soundscape of susurrating jungle insects; faintly aware of the other people in the room, all those other eyes and minds and bodies, breathing, watching, maybe even sleeping – he's fine with that – one experiences Apichatpong's films exponentially more powerfully in the cinema. 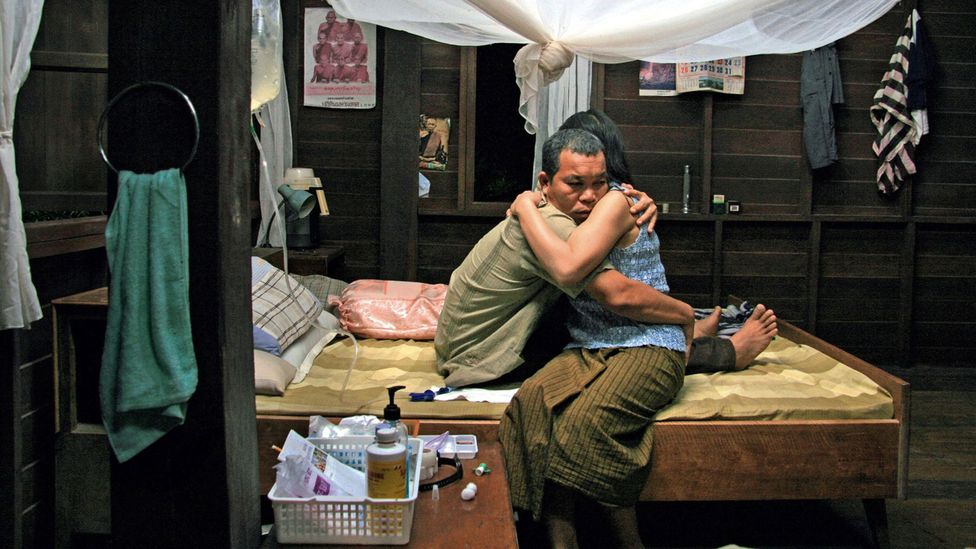 Many of his films feature characters sleeping, getting ready for sleep or just waking up – Apichatpong likes to explore different states of consciousness (Credit: Alamy)

"Yes, I create movies for that space." He continues, "Almost, sometimes, I feel like the DVD or whatever, that's not my movie. I'm the older generation [he is 47], and we're still attached to watching as a collective experience." His face clouds momentarily. "And not just watching – when we make films too, we put grain in or we colour-correct to make it look like celluloid. But the newer generation, many of them don't care. This is a turning point of cinema. We just need to accept. And to imagine what will come."

‘Tricks of the light’

The times are changing, and that would seem to present a challenge to Apichatpong whose features to date have evolved discernibly, without ever wholly transforming. That's not a problem for audiences, because even if his films are similar to each other, they're completely unlike anything else. But is it an issue for Apichatpong himself? 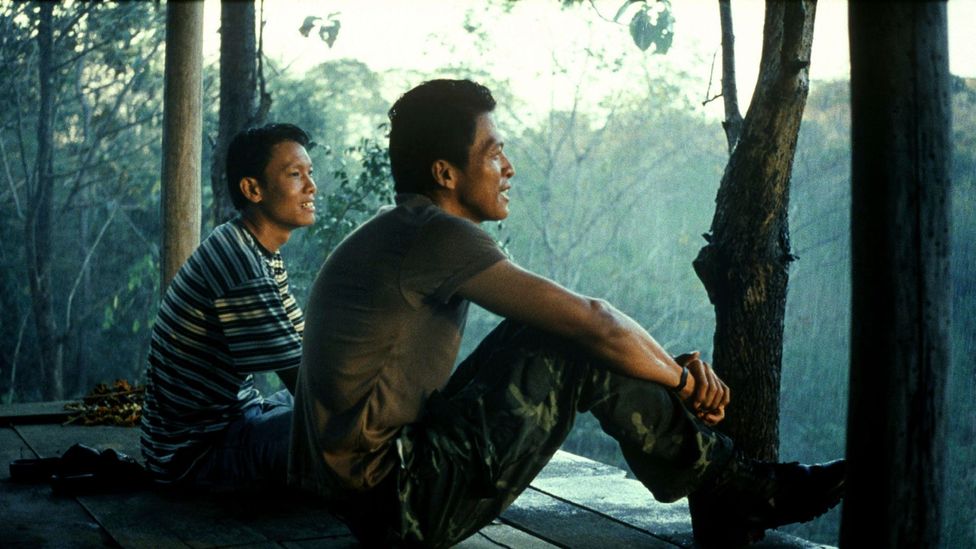 Apichatpong’s breakthrough film was Tropical Malady in 2004, a tender story of young gay love that becomes a hunt for a mysterious forest creature (Credit: Alamy)

Soon, he will start shooting for the first time outside Thailand – in Colombia – with a cast that includes, for the first time, an international star (Tilda Swinton). Partly, this shift has to do with political instability in his homeland: "It's such a crazy thing, going on in Thailand," he sighs, adding "And the US. And the whole world." But when I ask him a fairly fluffy question about how he retains his singular voice despite the change in his circumstances since he began making films, he replies, "It's like cooking again. And I have my team. I have my sound designer, set designer, almost 25 years we've worked together. It is often... unspeakable? Unspoken! Yes, they just know. But this is also linked with why I will go to Colombia. Sometimes I feel that I've become too comfortable in this kitchen." 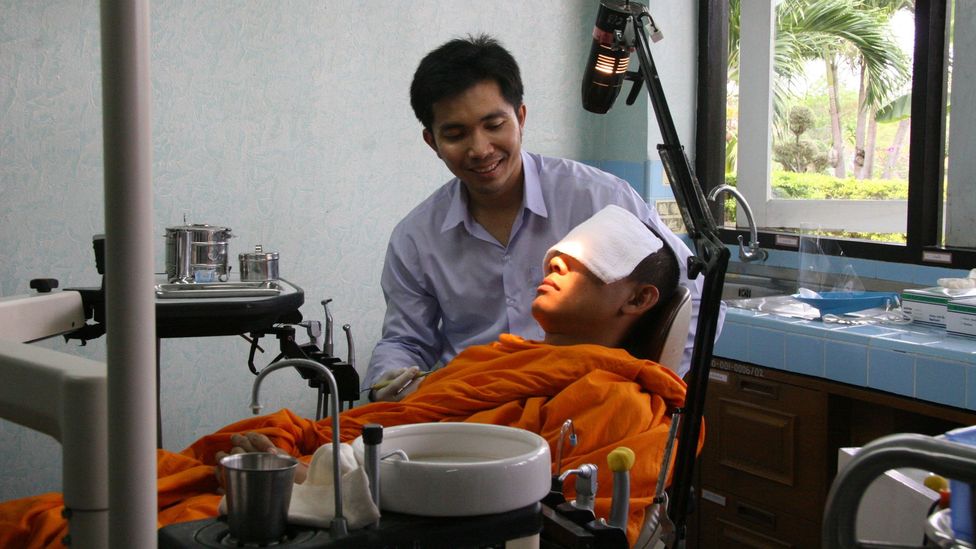 Syndromes and a Century opens with a minutes-long take of people talking off-camera while Apichatpong’s lens is trained on an empty field – reverie is the goal (Credit: Alamy)

Maybe this new movie will revolutionise Apichatpong's approach to film-making, maybe not. Certainly its title, Memoria does not suggest he's ditching his old preoccupations entirely. But though his features each feel massive and rich, full of exciting gullies and canopied detours to discover and explore, really they're only the tip of an iceberg of experimental shorts, installations, gallery works and theatrical pieces.

Often these other artworks are magnetised to the idea of collective dreaming. The fully-functioning temporary hotel SleepCinemaHotel, where images unspool on a giant screen, served as a witty double-down on his stated endorsement of people falling asleep during his movies. But sometimes they are direct interrogations, explorations and expansions of the movie-going experience. 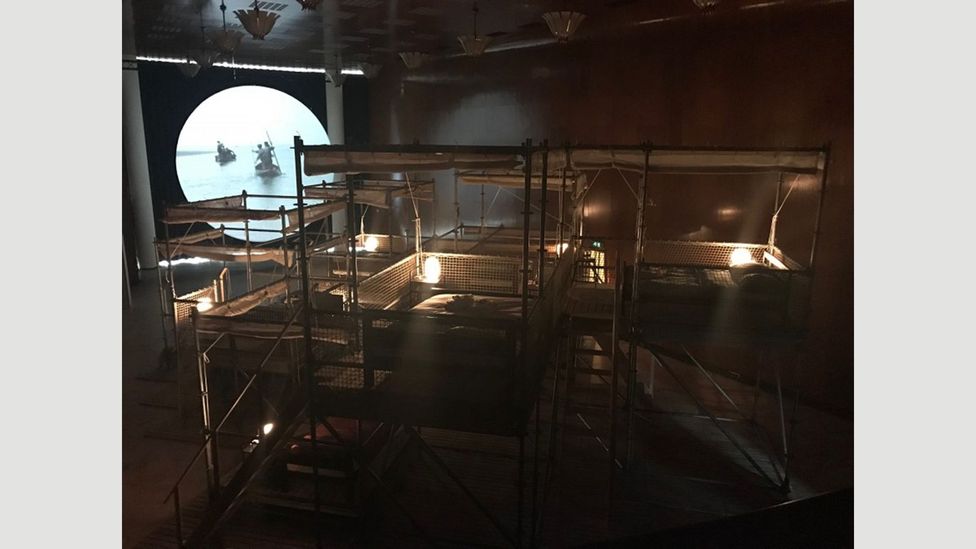 In his pop-up Sleep-Cinema Hotel, you reserve a cot, then entrancing images and sounds lull you to sleep and greet you on waking (Credit: Singapore International Film Festival)

His work Fever Room is a complex amalgam of moving projector screens, dazzling light show and subtle theatrical installation. To compound its ephemerality, it only ran for a couple of days in a couple of cities worldwide. Apichatpong is gratified that I managed to see it at all, and when I stumble over how to categorise it, he suggests, simply "A cinema. Because in the end, it's just light." But there is also a participatory element, with audience members seated deliberately in the path of the projector beam. "That was designed as well, yeah. Because the audience is part of the show. The silhouettes of people refer back to this ritual that we talked about, this collective experience. Here, you sit onstage in this space that is usually ‘the cinema’ but now you are the cinema. The surface of the body becomes a screen." 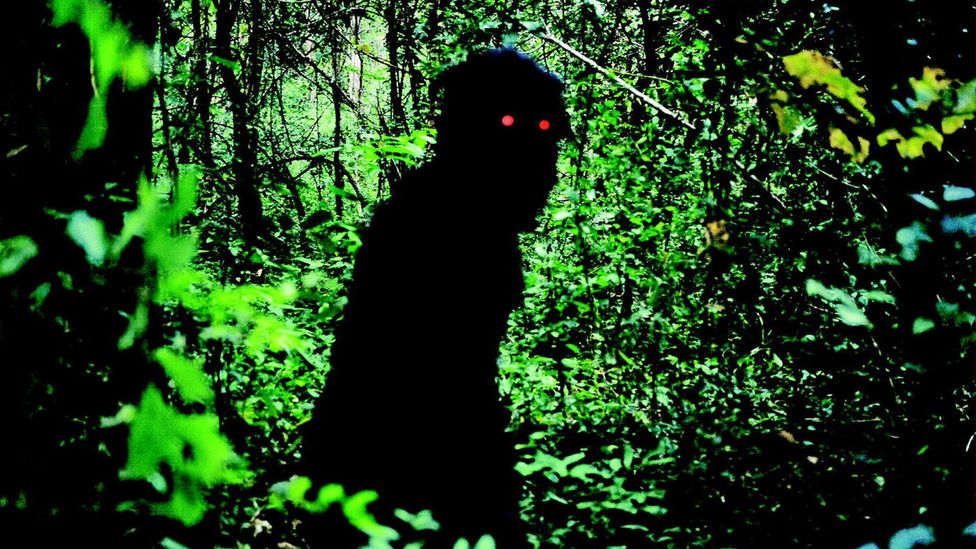 There’s an element of the supernatural in many of Apichatpong’s films, often manifesting as strange creatures that reveal something about ordinary people (Credit: Alamy)

The embodied, yet out-of-body experience of Fever Room makes his endorsement of virtual reality as the next phase in cinema's development understandable, even if his enthusiasm still feels unexpected. "It's so full of possibility! Because 3-D is an extension of older technology, but VR is so, so much more. It's freedom. With VR, you’re freed from the frame, free to look."

Something clicks quietly into place. How Apichatpong can look at this ‘turning point’ moment in cinema history, which apparently threatens the theatrical model within which he works, and which other film-makers view with suspicion or dismay, and call it ‘romantic’. How the oppositions I assumed, between the traditional, analogue, theatre-going "ritual" Apichatpong glorifies, and the clinical, digital modernity of the VR he admires, and between the high concept sci-fi movies he loves and the lyrical, arthouse slow cinema he makes, are little more than tricks of the light.

All of it is a means to the same greater end, Apichatpong's ultimate science-fiction project: the perfect communion of minds, the lossless transfer of thought. There is no precious attachment to an ossified idea of cinema for its own sake. In fact, he imagines a distant future when we won't even need a camera or any device, when "we will be able to share dreams by hooking up our brains in a real collective sleeping." The shimmering, transcendent, sometimes soporific, defiantly cinematic experience of his exceptionally strange stories, unfolding in the cool, focused, companionable darkness of a cinema – that's just the best we can do right now.