Loading
Changing Channels | Television
Sex and the City: A global revolution
Share using EmailShare on TwitterShare on FacebookShare on LinkedinShare on Whatsapp 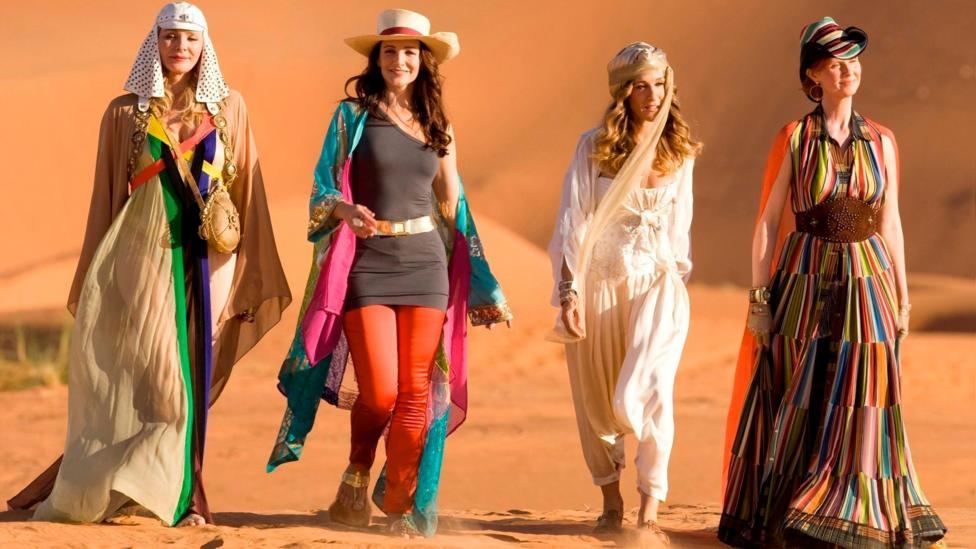 Japanese voice-over actress Yūko Nagashima was a little worried when she first took on the job of providing Carrie Bradshaw’s voice in dubbed versions of the US television phenomenon Sex and the City. Sex, after all, was not something Japanese women discussed openly, nonchalantly, like Carrie and her friends do at any given brunch. “I wondered how it would sit with a more reserved Japanese audience,” Nagashima told The Wall Street Journal. “But I quickly realised that Sex and the City touches on common issues women worry about, like love, sex, their partners, their careers, etc. These issues are universal to all women, regardless of where they are from, and I think this is why it also appeals to Japanese women.”

Nagashima would go on to voice Carrie throughout the series, as well as the two film follow-ups. And Japan wasn’t the only country outside the US hungry for every bit of Sex and the City it could get. 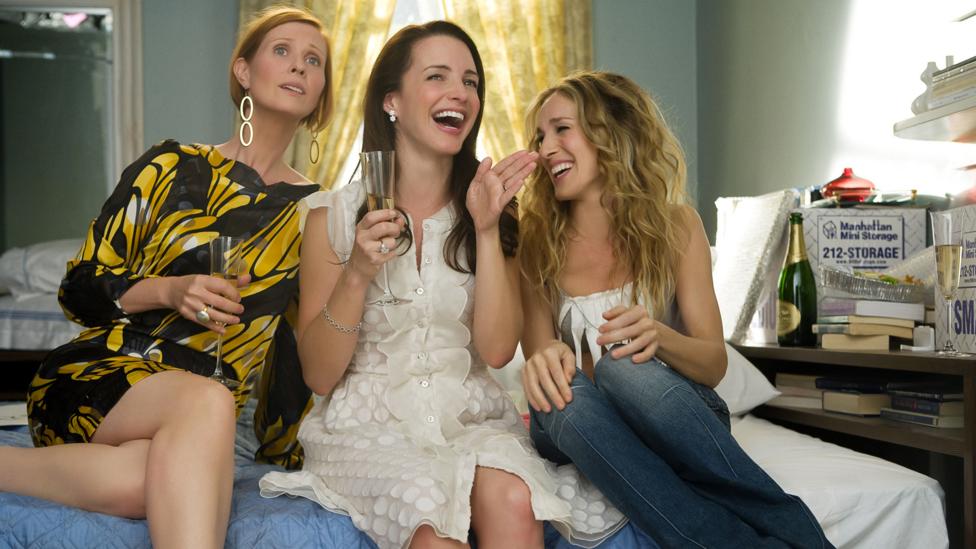 Starting around its second season on HBO in the US, in 1999, the show began airing to large, enthusiastic audiences in other countries as well: Australia, Ireland, the UK, France, Germany and Japan, among others, all happily indulged in the risqué New York City adventures of Carrie and her fellow singletons: romantic Charlotte, practical-minded Miranda and sexy Samantha. 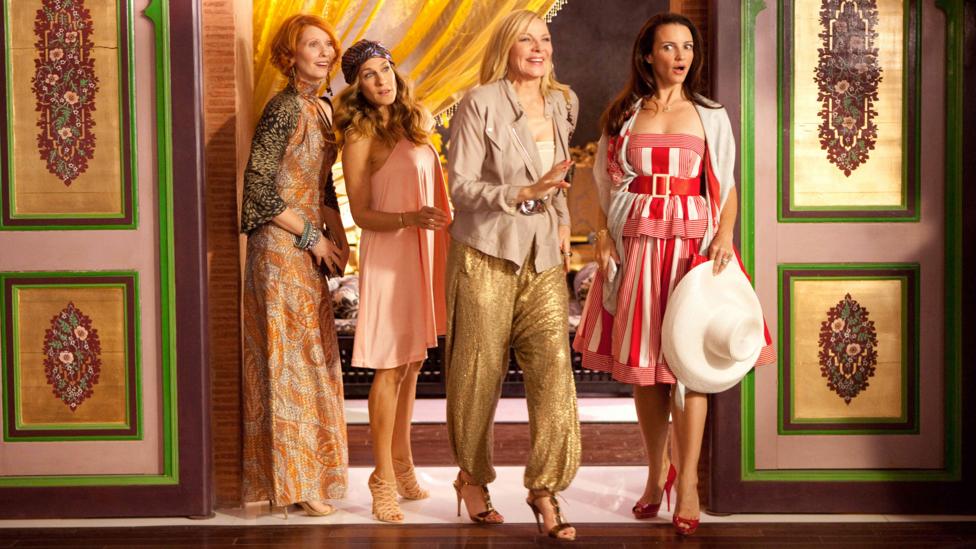 The two feature film follow-ups were not well-regarded by critics – especially Sex and the City 2, which found the women travelling to the UAE (Credit: Alamy)

Now, as Sex and the City celebrates the 20th anniversary of its premiere, it remains as large a global force as ever, continuing to air in re-runs and streaming, and leaving its mark on entire industries – the series granted international renown to Manolo Blahnik shoes, Magnolia Bakery cupcakes and plenty of other name brands. Yet its success has been particularly surprising in more conservative Asian and Middle Eastern countries, where it has been celebrated, imitated and banned – but never met with indifference.

- Every story has one of six basic plots

Sex and the City’s sense of freedom has been a particular draw for Japanese women since it was first exported there in 1999. The show made it okay for Japanese women to say the word for “sex” – sekkusu – out loud, The Japan Times reported. 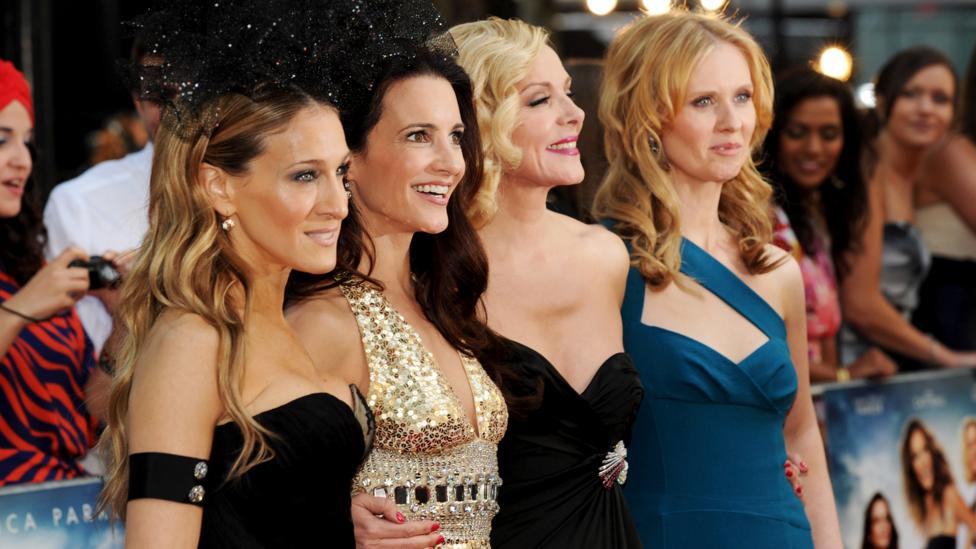 “In Japan it was very powerful because young women were finding their voice and being more demanding in relationships,” Veronica Chambers, author of Kickboxing Geishas: How Modern Japanese Women Are Changing Their Nation, told me for my own book, Sex and the City and Us. The fairytale aspect of the four women looking for their own charming princes resonated, she said, but so did their freedom with fashion at a time when the Japanese Harajuku movement was pioneering its own boundary-pushing looks.

Other trends from the show spread quickly in its Asian markets as well. Magnolia Bakery, the New York-based chain that launched the cupcake trend, expanded to Japan and South Korea, as well as several Middle Eastern countries thanks to its appearance on Sex and the City in 2000. As of last year, the Korean location still credited 70 percent of its sales to cupcakes. 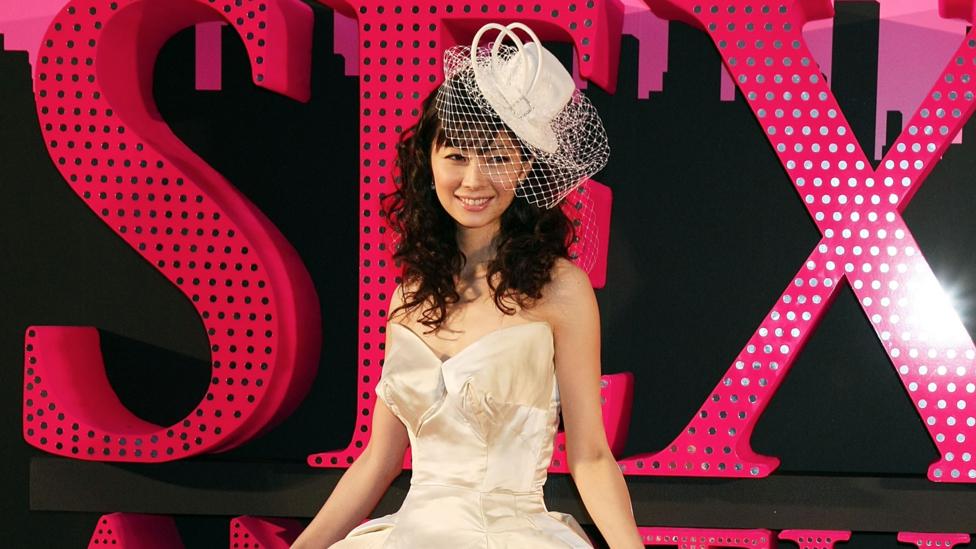 Sex and the City has proven massively popular throughout Asia, particularly in Japan where frank discussions of sex and sexuality are largely taboo (Credit: Getty Images)

Even later in the 2000s, when the two Sex and the City movies came out, its independent and brash heroines continued to speak directly to Japanese women. “These qualities seem to fascinate the women of Japan, who are still burdened with the pressure of having to act like meek and fragile dolls, willing to bow politely (and give up seats graciously) to men who will one day ‘honour’ them with marriage,” Trenton Truitt wrote in Japan Today. “Constantly pressured by parents and society to find a husband lest they bear the shame of becoming a ‘make-inu’ (loser dog), Japanese women connect with the relationship struggles on the show. They are fixated on finding their own Mr Big, which in the end seems as difficult in Tokyo as it is in Manhattan.”

In Japan, the Sex and the City franchise remains at least as closely associated with womanhood as it is in the United States. “Trashing Sex and the City is like saying you don’t own one pair of great strap-on heels or a little black dress,” Kaori Shoji wrote in a critical 2008 review of the Sex and the City movie in The Japan Times. “It’s like admitting to years of celibacy. Immediately, you’re seen as less than a woman (the modern definition of one anyway), one with no sense, no taste, weird and undesirable. I can already hear the gates of sisterhood crashing in my face with a resounding, hostile bang.” 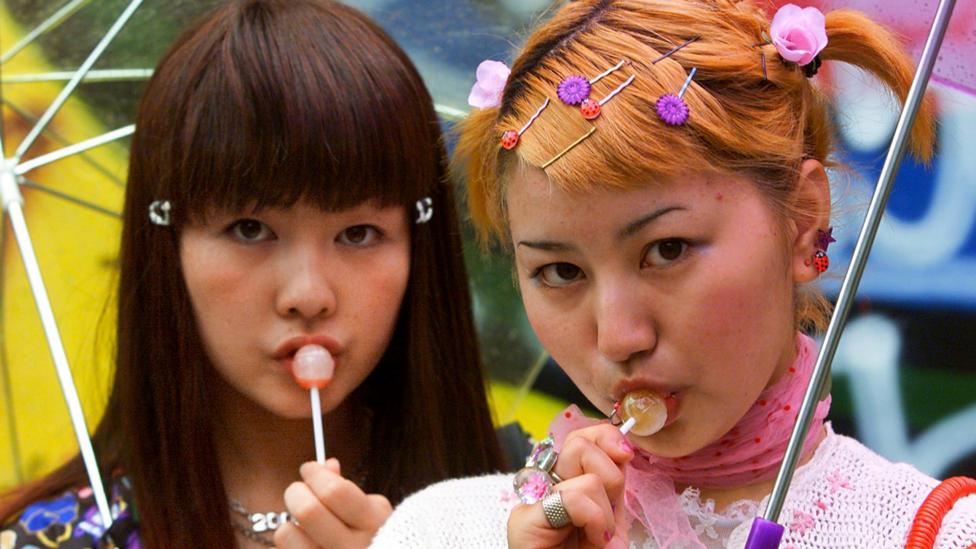 Sex and the City arrived right at the moment that bolder feminine attitudes were emerging in Japan, as epitomised by the Harajuku style (Credit: Getty Images)

In some other countries, including Singapore, the US version was banned. As the series began to air across the world in 1999, the conservative island kept the show from its airwaves until 2004. High demand – and some changes in media laws – allowed a slightly cleaned-up version to start airing around the time the series finale was airing in the US, with sex scenes and expletives excised. Still, it broke down barriers, keeping some of the saucy brunch banter and gay themes intact. HBO played down the sexiness in Singaporean ads, using the tagline, “Love is always worth the wait.” 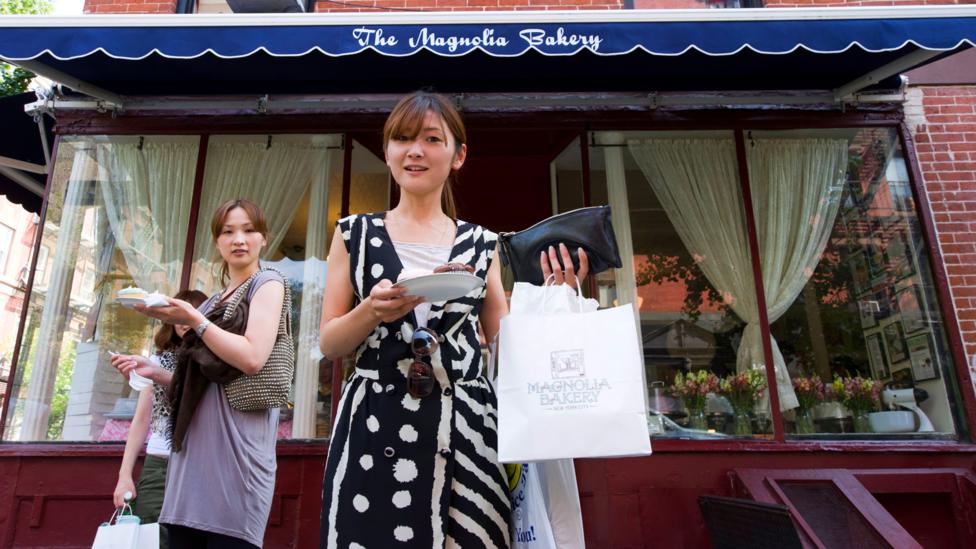 Magnolia Bakery cupcakes became a New York institution because they were featured in Sex and the City, and they have proven popular in Asia as well (Credit: Alamy)

The show remained taboo in some regions even years later. In the 2010 film Sex and the City 2, the characters vacation in Abu Dhabi, and producers hoped to shoot in nearby Dubai as a close approximation to the conservative capital of the United Arab Emirates. But even Dubai officials denied them permission after reading the script, which includes sexpot Samantha throwing condoms at men in a marketplace and a line about a potential lover being “the Lawrence of my labia.” They had to settle for Morocco instead. The film was never screened in the UAE, though officials there said the distributor never applied for clearance, likely because of concerns that it would suffer from too many censoring cuts. 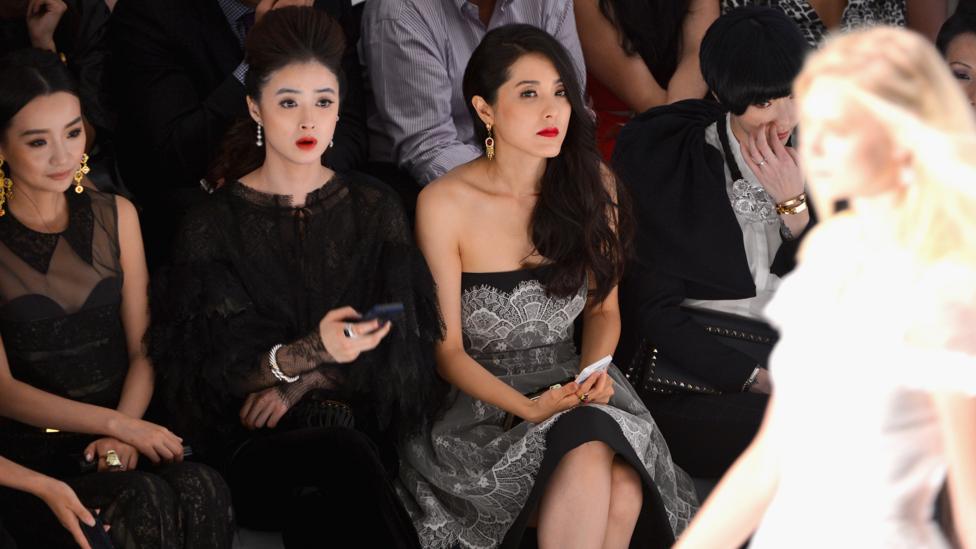 Ode to Joy, starring Jiang Xin (pictured, second from left), has pushed boundaries in a way calibrated for the nation’s own cultural sensitivities (Credit: Getty Images)

More recently, China got its own Sex and the City imitator, a drama called Ode to Joy. It centres on five urban women and their love lives, confronting taboo sexual issues; one character upset her boyfriend with her admission that she wasn’t a virgin. Of course, that sounds beyond tame by US Sex and theCity standards, but that’s just the point: the format has allowed culturally specific stories about women to be truthfully told. And if their taboo is virginity, even a Samantha would have to applaud them.