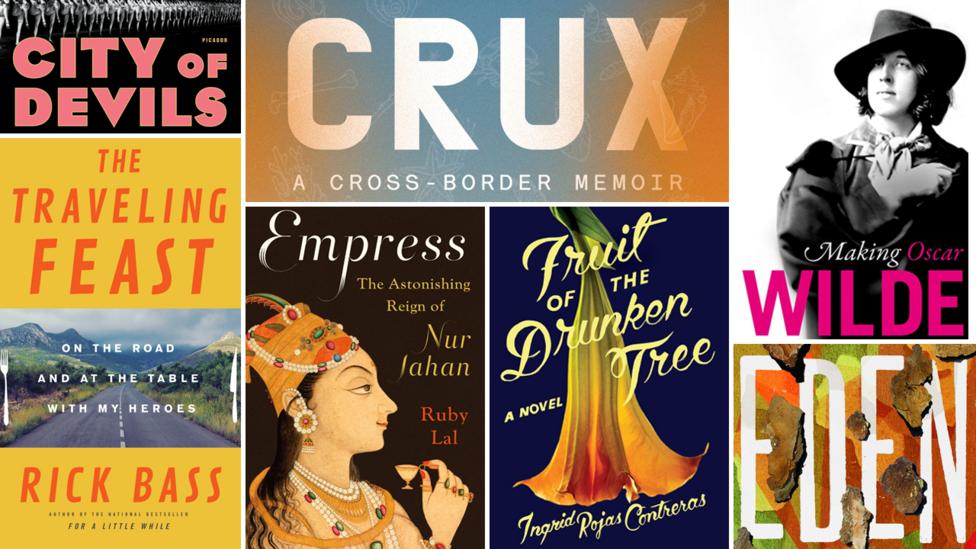 By Jane Ciabattari 28th June 2018
From a true-crime tale of 1930s Shanghai to a contemporary Native American poetry collection, these titles are worth your time, writes Jane Ciabattari. 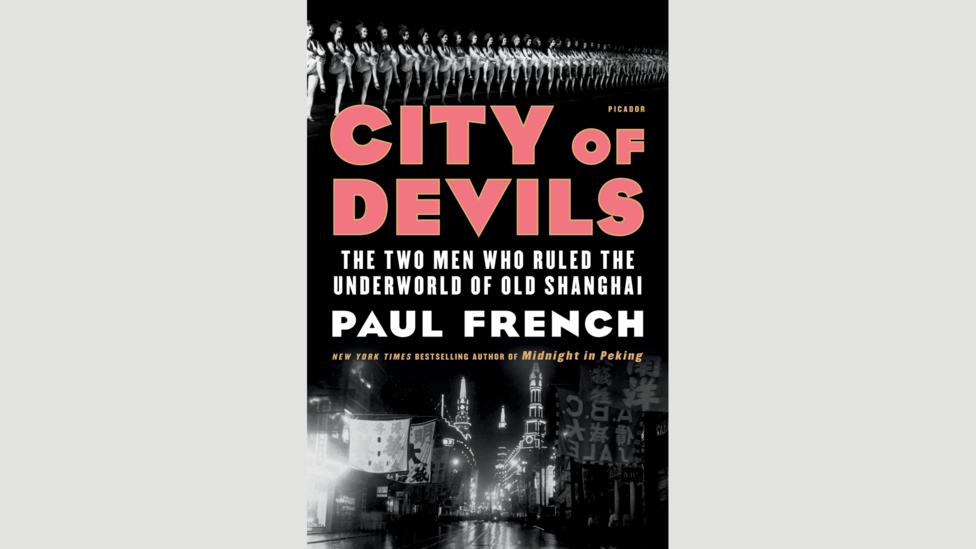 In the 1930s, Shanghai was the world’s fifth largest city, an international “treaty port”, with a mixture of languages, customs and laws representing 14 foreign powers as well as the Chinese. French makes this the backdrop for his non-fiction tale of two men who “bestrode the Badlands of Shanghai like kings” in the years before Pearl Harbor. ‘Dapper Joe’ Farren, born penniless in Vienna, became an exhibition dancer (with his partner, the Russian-born Nellie) and managed chorus lines in swanky nightclubs and ultimately the largest casino in the ‘Wild East’. His partner in this last was ‘Lucky Jack’ Riley, formerly of the US Navy and a prison escapee, who became Shanghai’s slots king. French follows their rise and fall from 1929 to 1941, evoking vivid scenes ranging from desperate poverty to utmost luxury in this historical true-crime yarn. (Credit: Picador) 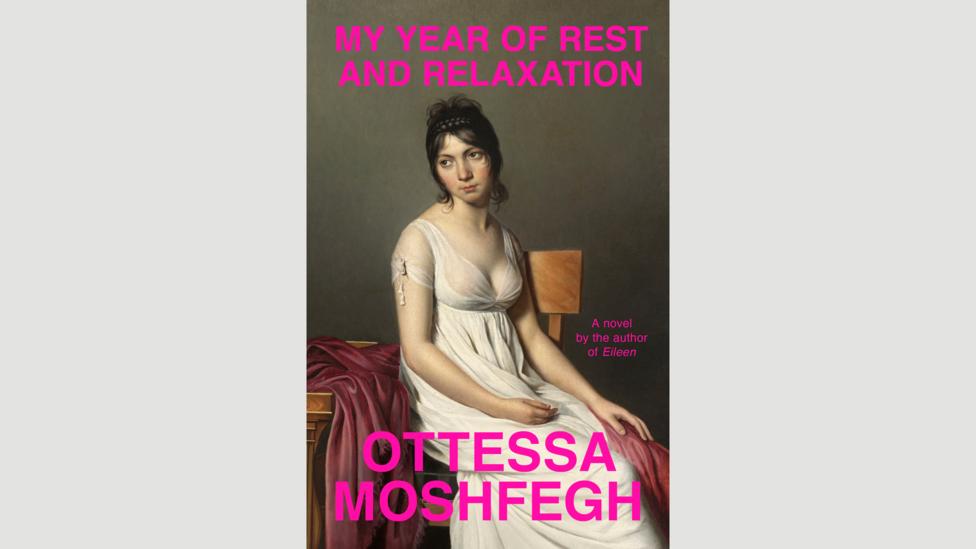 Man Booker finalist Moshfegh is back with a darkly comic tale about a 24-year-old on New York’s Upper East Side who decides to ‘hibernate’ for a year, beginning in June 2000. Her parents have recently died, and she’s unemployed. Sleep brings her “the power to feel and move and think and imagine, safe from the miseries of… waking consciousness.” A hilarious quack psychiatrist prescribes an array of drugs for insomnia, including Ambien, Nembutal and Infermiterol, which causes three-day blackouts. In her waking hours, she binge-watches movies, makes trips to a nearby bodega for coffee and is visited by her “recurring ex-boyfriend” Trevor and her college friend Reva. Her submersion in sleep ultimately becomes fodder for art. Satiric, sly, deeply provocative. (Credit: Penguin Press) 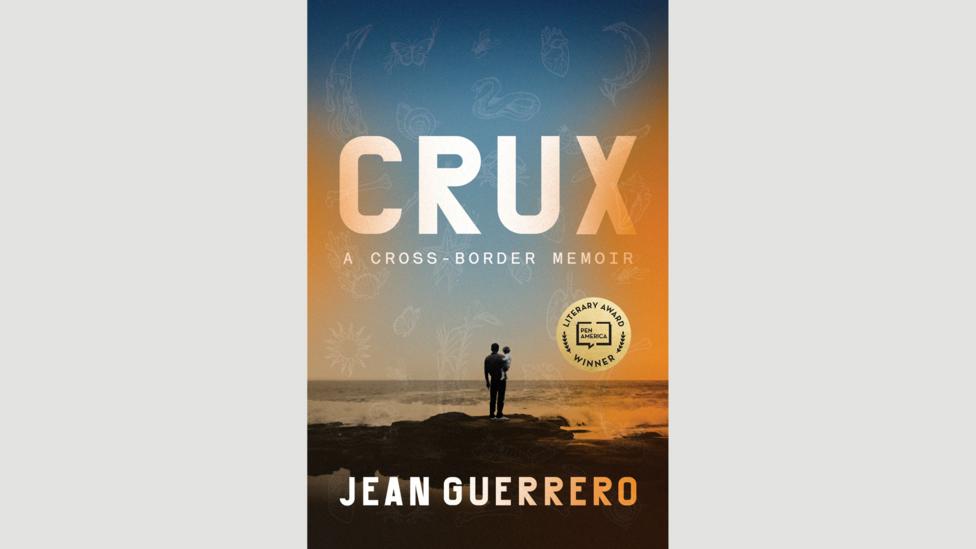 Guerrero sets off to use her journalistic skills and intense love for her father to work at unraveling the mystery of his behaviour. His story, she writes, includes “Border crossings. Crossings between madness and sanity. Crossings into parallel worlds.” Is he a schizophrenic, a shaman, the target of a CIA experiment? She begins with her Puerto Rican mother, a medical doctor, who grounds her in facts. She tracks her parents’ love affair and break-up, then digs into her father’s ancestry in Mexico, which includes a clairvoyant great-grandmother called La Advina, ‘the diviner’. Still on the trail, she takes a risky job as a reporter in Mexico City, and nearly drowns in a riptide off Los Tuxtlas, Veracruz. She structures the narrative of her quest artfully, honouring its discoveries and its mysteries. (Credit: One World) 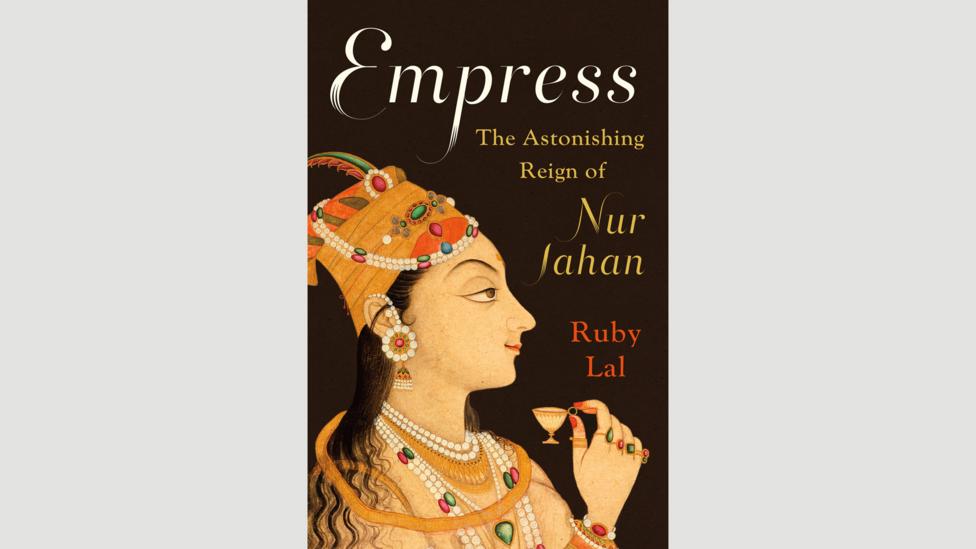 The only woman ruler in the long dynasty of India’s Moghuls, Nur Jahan, the 20th wife of Emperor Jahinger and his co-ruler, was 34 and a widow when they married in 1611. She was, Lal writes, “a wise and just queen, a shrewd politician, and an expert markswoman”. She hunted and killed tigers and led men into battle. She is immortalised in a portrait loading a musket. Upon the death of the emperor in 1627 his son, Shah Jahan, wrested power from her and wrote her merits out of history (she had transgressed traditional rules against women being involved in “matters of government and sovereignty”). Lal’s intriguing biography, with its chronology of her relatively swift rise to power and even swifter descent, restores Nur Jahan to her full splendour. (Credit: WW Norton) 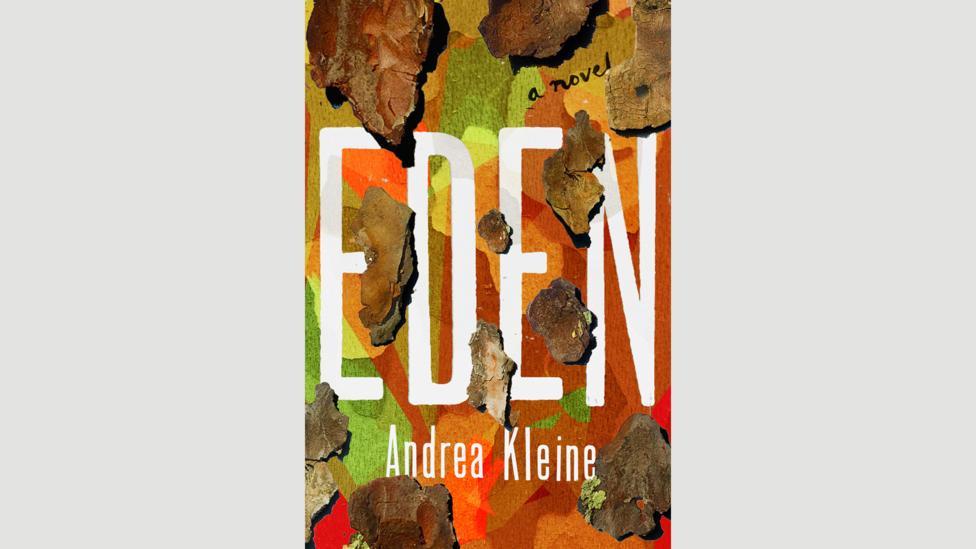 “What happened with Larry” became the family term used for the traumatic experience Hope and her sister Eden experienced as young teens when they were kidnapped at a bus station by a stranger who said their father sent him. He held them in the woods for days, drugged them and may have raped Eden. Twenty years later, Hope is a struggling playwright long estranged from Eden, newly single after cheating on her girlfriend and mourning her mother, recently lost to cancer. In search of Eden, she revisits her complicated family – her father and his new younger wife; Eden’s mother, Suriya; another former stepmother, and Eden’s one-time boyfriend Eric – and uncovers long-buried secrets. Kleine renders the people Hope loves and the trauma that holds her back with subtlety and compassion. (Credit: Houghton Mifflin Harcourt) 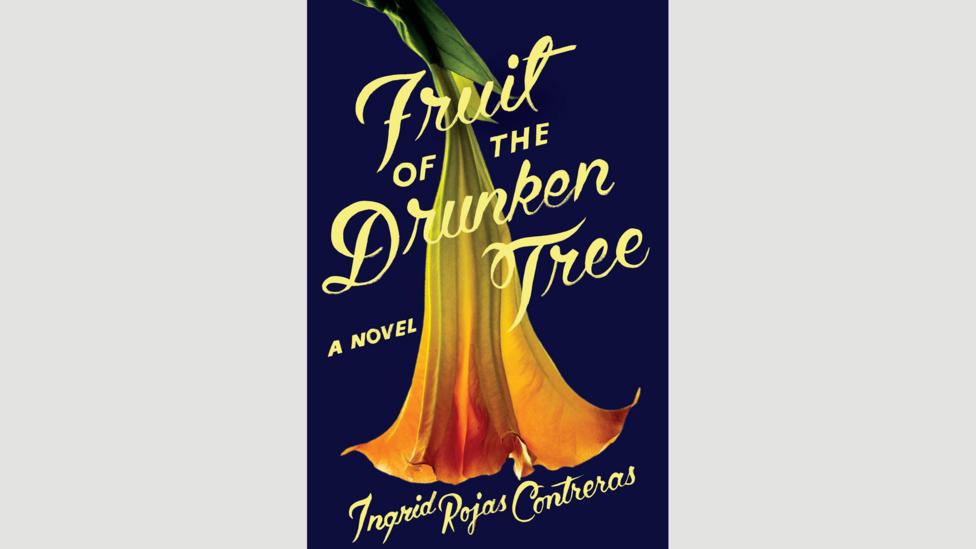 Colombian-born Contreras’s absorbing first novel draws from her family’s experience in Bogotá during the turbulent 1990s (she was 14 when they fled). She tells her story of betrayal through the eyes of Chula, who is seven as the novel begins, and Petrona, the 13-year-old her mother hires as a live-in maid in their gated community. As Chula witnesses the 1990 assassination of the anti-cartel presidential candidate Luis Carlos Galán, Petrona mourns her 12-year-old brother, murdered by narco-paramilitaries who suspected him of being a guerrilla. Chula is injured by flying glass after a car bombing, and terrified by reports of Medellín drug kingpin Pablo Escobar’s jailbreak. Petrona is a comfort and an anchor until her boyfriend targets Chula and her sister Cassandra for kidnapping. Whose side will she take? (Credit: Doubleday) 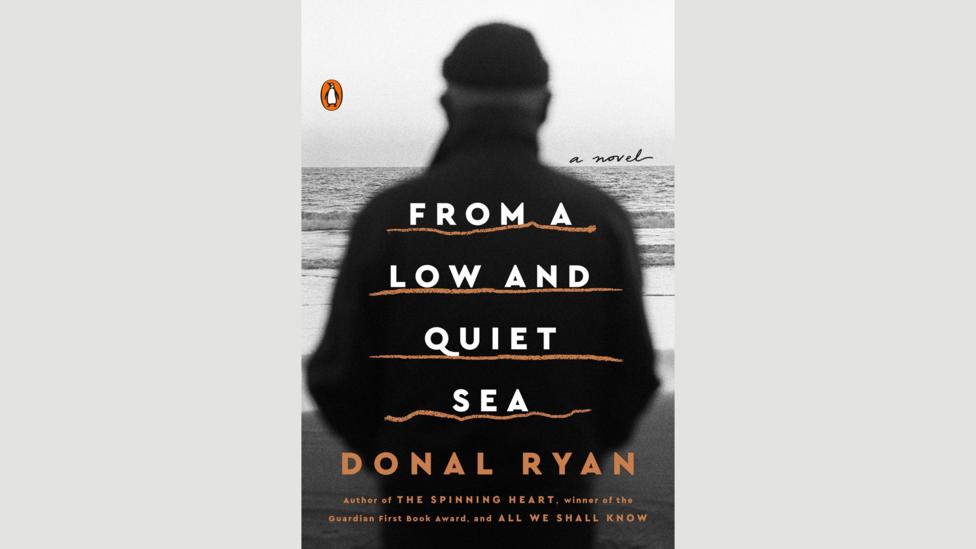 Limerick, Ireland is the setting for Ryan’s profoundly moving fourth novel, which weaves together stories of three lost souls in search of home. He begins with Farouk, a Syrian Christian refugee, who sought asylum as his life crumbled around him. He risked a sea voyage with his wife and daughter, but the boat blasted apart, everyone lost. There’s Lampy, who at 20, can’t keep his girlfriend Chloe and can’t “still his mind”. He lives with his mum and ‘wicked’ grandfather (“when he was in form he could slice the world in two”). Third is John, a lobbyist with a “fiendish knack for making people hate each other”. His story comes in the form of a confession for a lifetime of sins. The three stories merge in Ryan’s tragic finale. (Credit: Penguin) 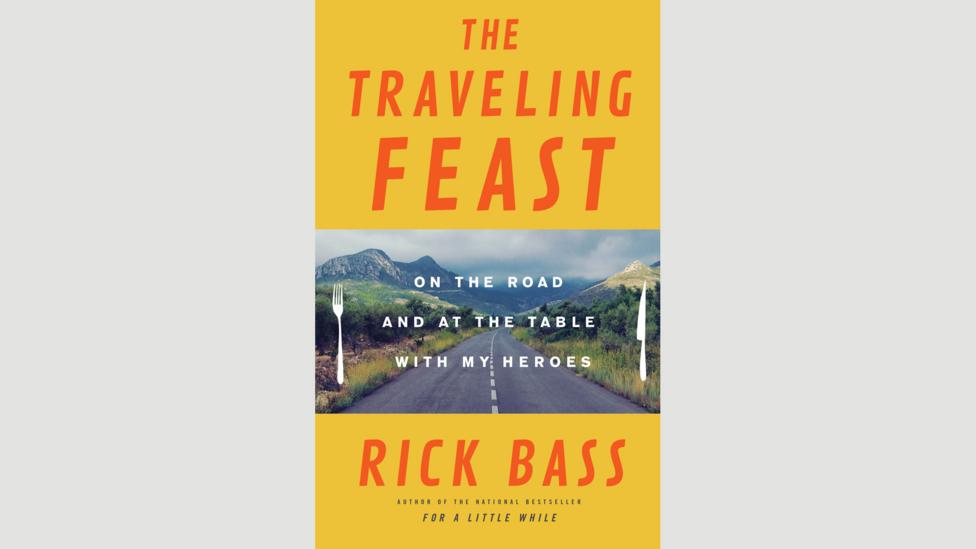 Newly single after a long marriage, with both daughters in college, Bass takes an extended pilgrimage in search of “a recipe for greatness, in art and in life”. He visits writers who inspired and mentored him and, in gratitude, cooks them a great meal, with help from his students. He brings parsnip soup with morel cream to an ailing Peter Matthiessen in Sagaponack, New York; picnics in Central Park with Amy Hempel; prepares paella for Lorrie Moore and Mary Gordon in Madison, Wisconsin and pistachio-crusted salmon and triple-chocolate Texas cake for Denis Johnson, who lives in the valley adjoining Bass’s Montana home in the Yaak. There are mishaps (an exploding turkey in Tom McGuane’s gas grill), and moments of melancholy. This celebration of the creative life is filled with storytelling and sensual delights. (Credit: Little, Brown) 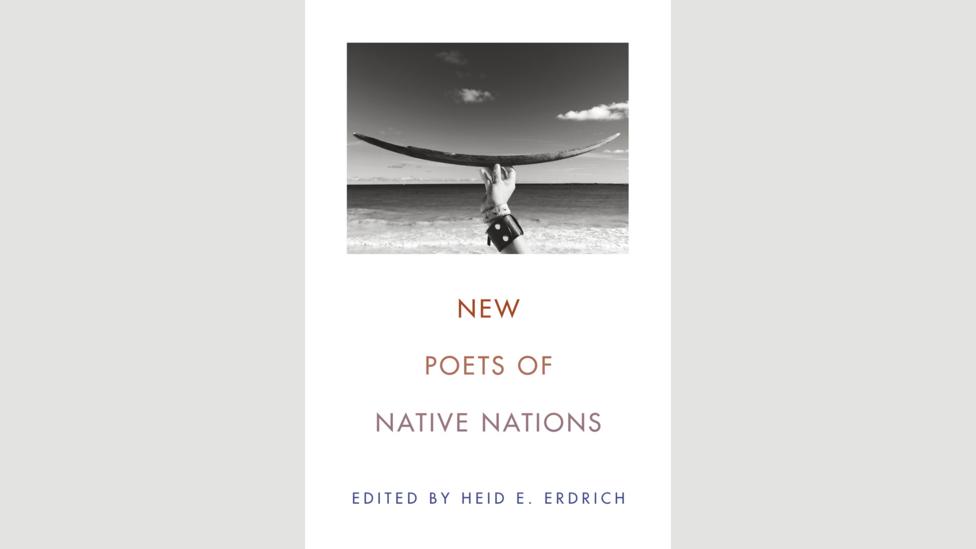 Ojibwe poet Erdrich gathers the work of 21 poets with first books published after 2000, calling it “poetry of a new time – an era of witness, of coming into voice”. Each has a distinct connection to one of the 566 federally recognised Native nations in the US. “In Mojave thinking,” writes Natalie Diaz, “body and land are the same.” Eric Gansworth, of the Onondaga, describes his grandparents meeting on the train to Carlisle Indian School. Tommy Pico, from the Viejas reservation, mashes up Brooklyn “gay culture” and Kumeyaay concepts like the “in-between”. Layli Long Soldier, of the Oglala Lakota, immortalises 38 Dakota men hanged under orders from Abraham Lincoln, the same week he signed the Emancipation Proclamation. LeAnne Howe, Choctaw, brings the hangman’s noose to life in her poem The Rope Seethes. A revelatory anthology. (Credit: Graywolf Press) 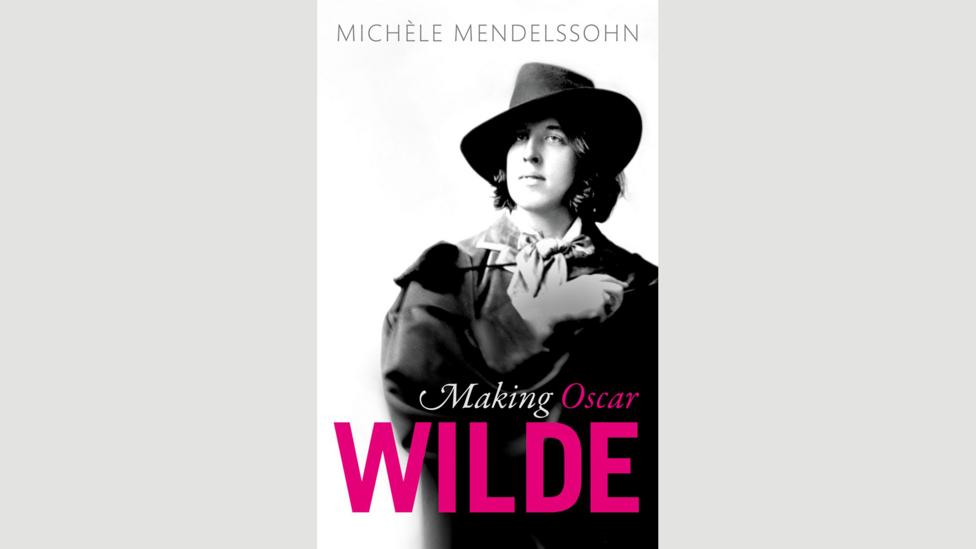 Mendelssohn’s story of how “a local Irish eccentric” became an “international celebrity” focuses on the youthful Wilde, only years out of Oxford, and his rise to fame in 1882 in the US. By then, he had published his first book of poetry, and was being satirised on-stage in London in Gilbert and Sullivan’s Patience as the character Bunthorne, exemplar of the Victorian aesthetic craze. Launched on a circus-style lecture tour of the US by theatre impresario Richard D’Oyly Carte, the fur-coat-clad Wilde fascinated the public with publicity photos and swooning interviews by journalists. Backlash came in the form of demeaning press caricatures that nevertheless raised his profile. A fascinating account of how young Wilde’s flair for self-promotion aligned with the birth of celebrity culture during the “age of Barnum”. (Credit: Oxford University Press)