Loading
designed | Fashion
A queer eye for style, identity and activism
Share using EmailShare on TwitterShare on FacebookShare on LinkedinShare on Whatsapp 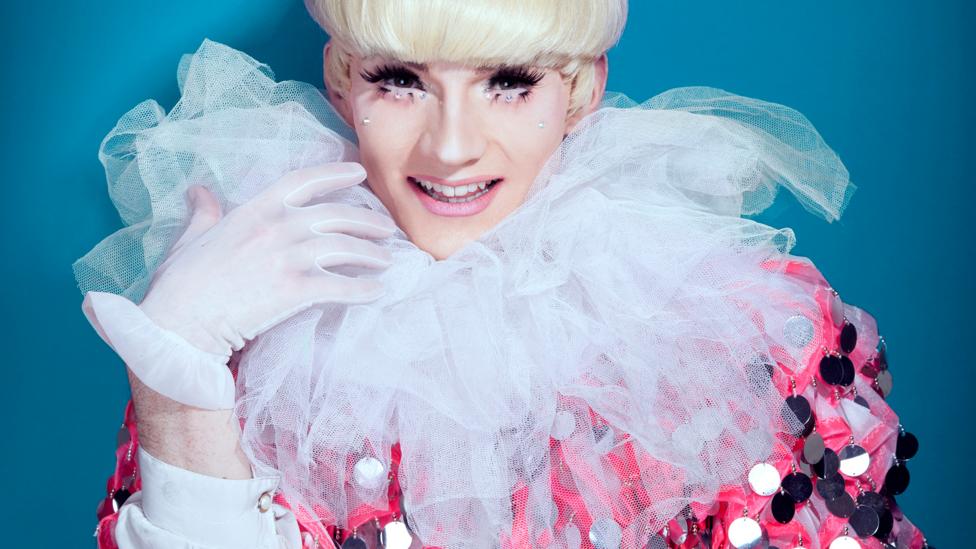 By Dominic Lutyens 5th July 2018
A new exhibition explores how LGBTQ fashion and activism have evolved, and how a British seaside city played a role.
A

A new year-long exhibition interweaves 50 years of UK fashion history and LGBTQ activism. Queer Looks is also a celebration of the seaside city of Brighton and the area around it as a magnet for the gay and lesbian community. References to milestones along the path towards greater global LGBTQ freedom sit alongside very focused local history – according to the show, around 10 to 15 per cent of Brighton’s population identify as lesbian, gay, bisexual, trans and queer. 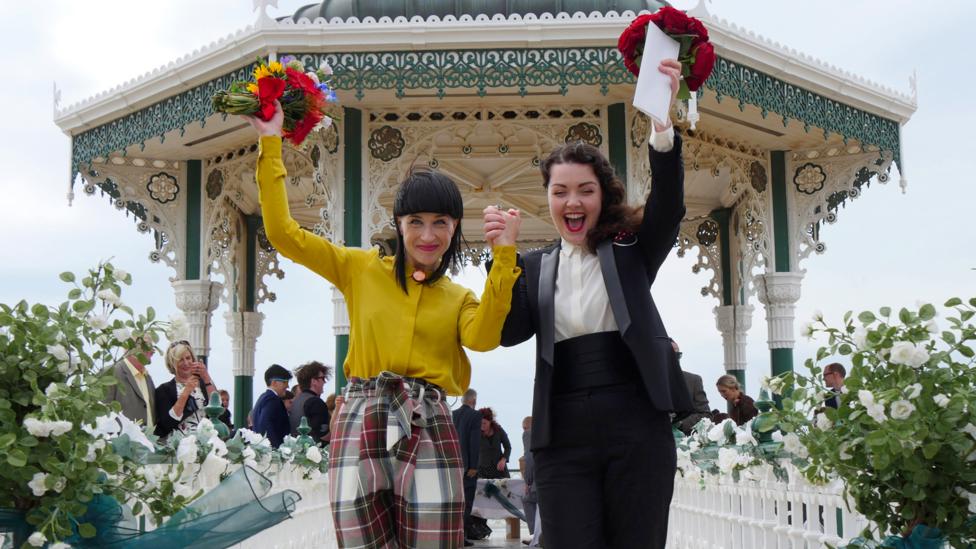 The wedding in 2015 at Brighton bandstand of Abbie Lockyer and Ciara Green, who donated their wedding outfits to the exhibition (Credit: Sighle Breathnach-Cashell)

Queer Looks brings together about 20 outfits given to the museum by LGBTQ individuals who live or have lived in the Brighton area, alongside oral histories of their experiences. It is the second chapter of a project called Wear it Out, a collaboration with Brighton’s museums and the London College of Fashion. “Its timeframe is 1917 to 2017,” says curator Martin Pel, yet the exhibition is open-ended, treating social history as living. “The museum’s website has a micro-site where people can add new stories,” Pel explains.

“The show marks the 50th anniversary of the partial decriminalisation of homosexuality in 1967 [in England and Wales],” he continues. “Brighton Museum is the perfect venue for it: people have gravitated to Brighton as it’s tolerant.” In fact, the gay community already had a strong presence there in the early 20th Century, if playwright and composer Noël Coward’s quip is to be believed: “Ah, dear Brighton – piers, queers and racketeers.” 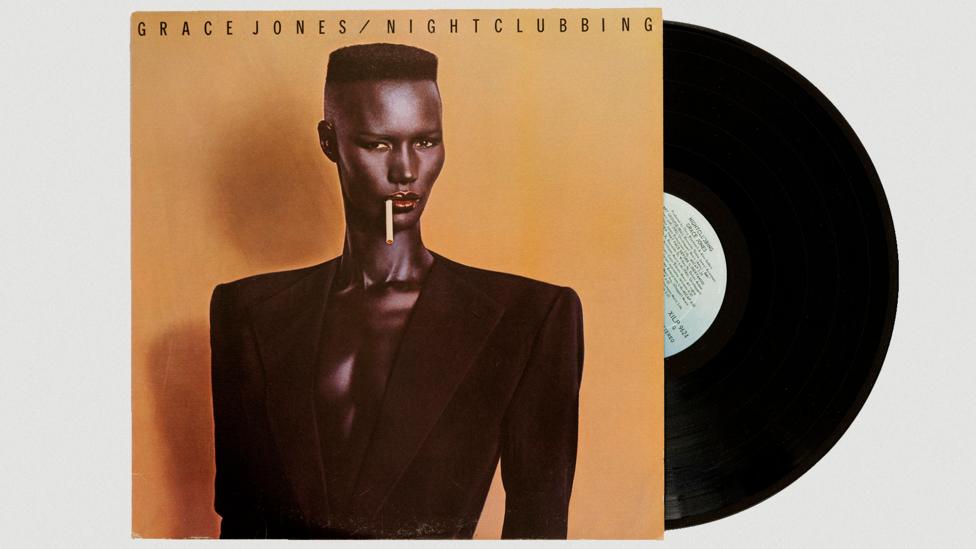 Grace Jones sported an androgynous look on the iconic cover of the 1981 album Nightclubbing (Credit: Alamy)

The first part of Wear it Out comprised an exhibition about defiantly androgynous, openly lesbian artist Hannah Gluckstein (1895-1978). While her art was arguably academic and stiff in style, its subject matter was challenging. In a self-portrait of 1925, as if pre-figuring the look of such Spanish Civil War communist sympathisers as Stephen Spender, she sported a rakishly angled beret and tie, a cigarette drooping from her mouth. Decades later, sexually ambiguous model and disco diva Grace Jones echoed this pose – cigarette dangling from her lips – on the cover of her 1981 album, Nightclubbing. 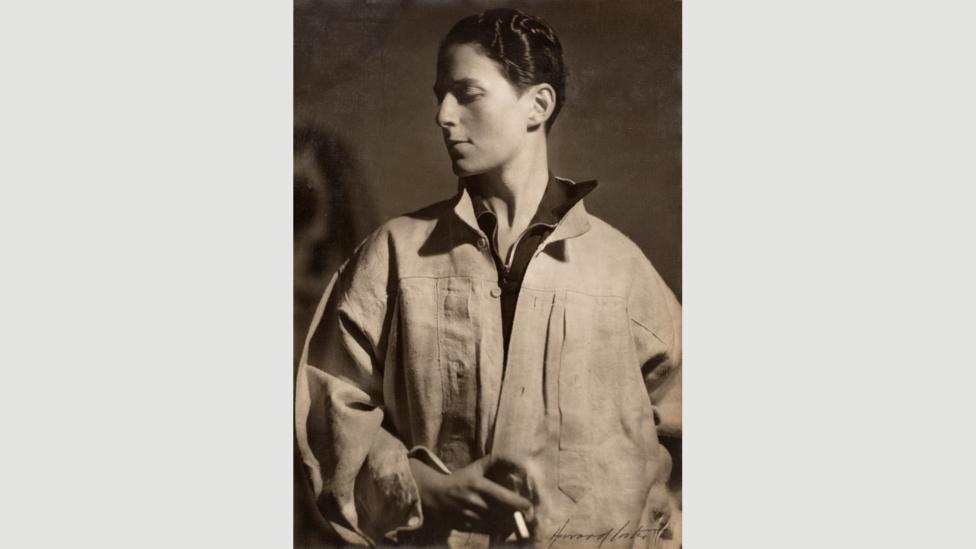 Gluckstein also adopted the clipped name Gluck – without “prefixes, suffixes and quotes” – thereby demonstrating her impatience for glib gender stereotyping. And she had relationships with florist Constance Spry and journalist Edith Shackleton Heald, with whom she lived for 30 years in Steyning, near Brighton. She donated a number of her girlfriends’ dresses to the museum. 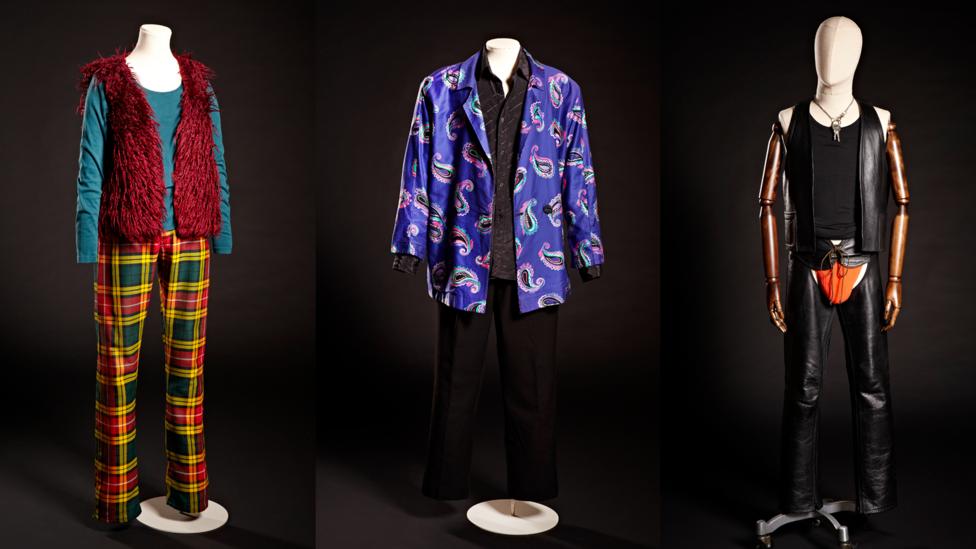 Queer Looks argues that clothing has played – and still plays – a key role in shaping personal identities beyond conventional gender roles as well as, more collectively, those of subcultures who often adopt specific styles of clothing as an expression of solidarity. The growing number of officially acknowledged LGBTQ identities, from trans and non-binary to QTIPOC (queer, trans and intersex people of colour), has given rise to a much bigger variety of sartorial styles. 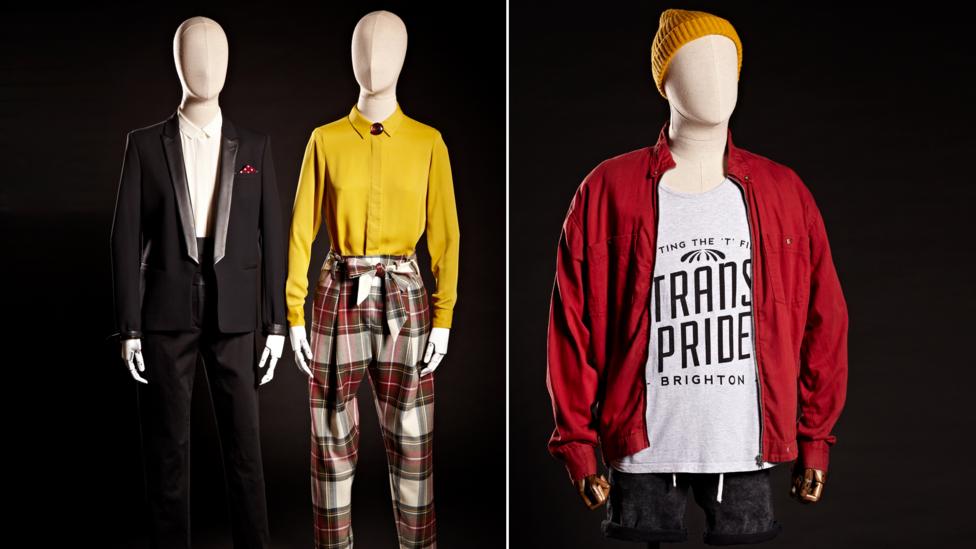 The exhibition comprises vignettes that dovetail outfits, portraits of their owners and biographical snippets. It also touches upon 18th-Century LGBTQ-related language and its etymology, for example, the word homosexuality, said to have been coined in 1869 by Austrian-born human-rights campaigner Karl-Maria Kertbeny.

Some individuals participating in the show have been instrumental in steering fashion in a radically new direction. James Gardiner was part of the first influx of London College of Fashion students in the early 1960s, and dressed movie star Elizabeth Taylor for her 40th birthday. In order to help finance his college days, he sold ties to Vince’s Man’s Shop in London’s Soho, a store that helped to revolutionise menswear in the 1960s.“His outfit is a suit worn with brothel creepers,” says Pel. “Shop-owner Vince stocked tight-fitting, Italian men’s threads – including shorter jackets called bum freezers – that appealed to gay men who wanted to show off their bodies, and inspired the broader Mod look.” 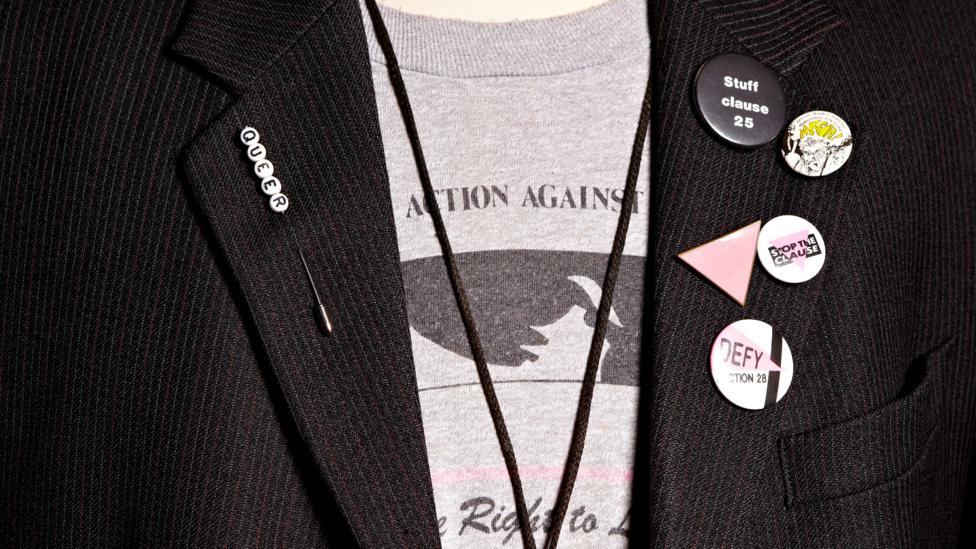 David Raven, aka drag artist Maisie Trollette, is represented by a paisley jacket, Cartier shirt and cotton trousers from 1985. He first began performing in the 1960s while working as a grocer at Selfridges in London (he is now based in Brighton) but kept his alter ego under wraps: “I was recognised once by a man who said to me ‘Didn’t I see you doing cabaret last night?’ I told him he must be mistaken because I was a grocer.” 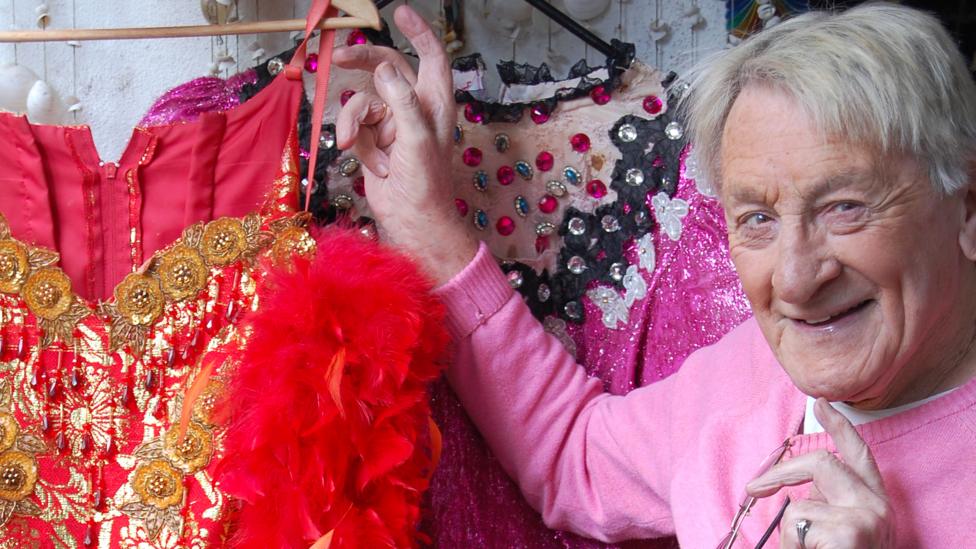 By contrast, for many gay men from the 1970s to the present day, clothing has taken the form of overtly sexual fetish gear, such as the chaps, shorts or harnesses worn by Michael James, born in 1941, and Jason Snelling (born in 1970) at gay clubs with strict leather-queen or ‘clone’ dress codes. 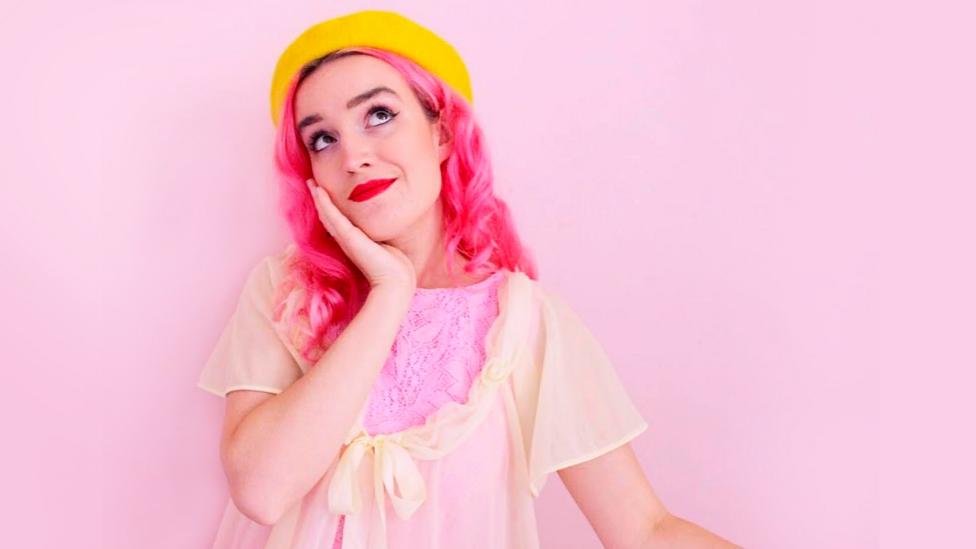 For Ellie Medhurst, dressing flamboyantly is integral to her identity, and she wears only pink

“One thing that’s come out of Queer Looks is that lesbians in the 1960s cherished their clothes less – avoiding fashion was political for them,” says Pel. “They wanted to be valued for what was in their heads, not for their appearance.”

My style rises above the stereotypes of being feminine, of being a woman – Ellie Medhurst

By contrast, for Ellie Medhurst, a lesbian in her early 20s, dressing flamboyantly is integral to her identity. She is never seen in anything but pink and claims that, by knowingly embracing this extreme, she is transcending the cliche that pink is oppressively ‘feminine’ and retrograde. “My style rises above the stereotypes of being feminine, of being a woman,” she says.

Candice Armah – 26, black, and non-binary (not defined by traditional polarised categories of male and female or gay and heterosexual) – often wears a T-shirt with the slogan ‘Black History is World History’ by Brighton label Sassy Tees, which dedicates itself to “anti-racist organising and Pan-Africanist networking.” 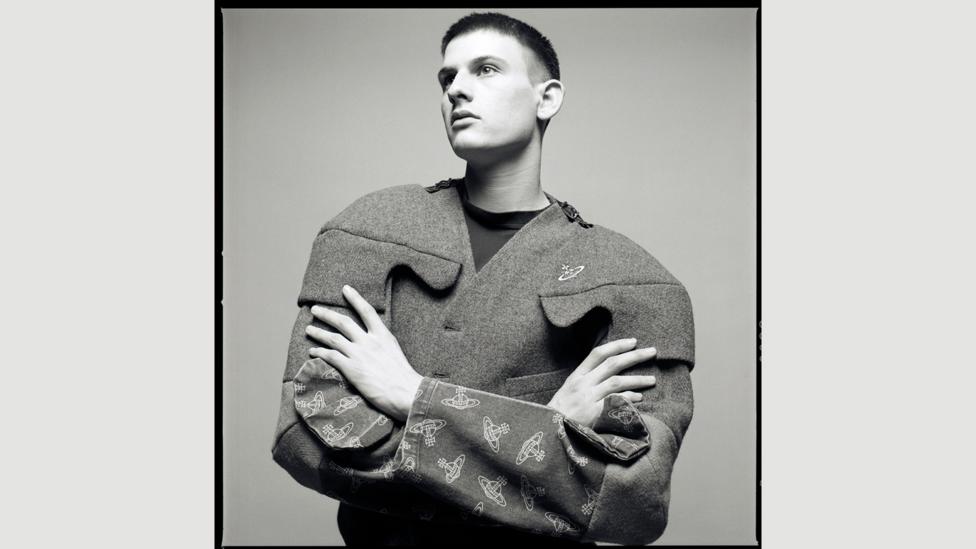 Film-maker and activist Fox Fisher, also non-binary and founder of Brighton’s Trans Pride, declares allegiances in a T-shirt emblazoned with ‘Trans Pride’ teamed with rugged utility clothing that hints at militancy, including “well-worn” boots like those of a “foot soldier, fighting for trans rights”. 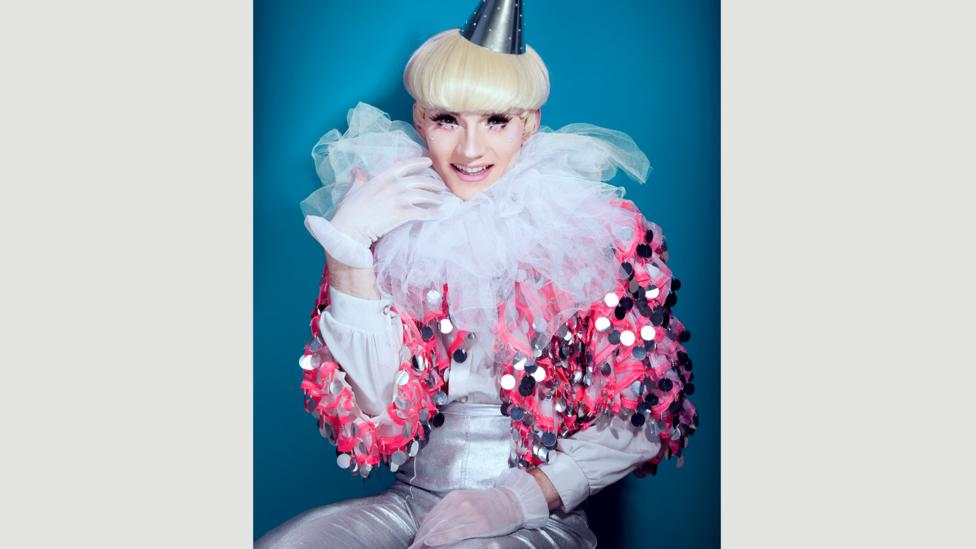 Alfie Ordinary in a customised Pierrot outfit, complete with ruff

An Nguyen – a gender-fluid, Vietnamese man, born in 1995, who later moved from Singapore, where he was at school and where same-sex is illegal, to Brighton – says, “I stayed low-key in Singapore”. Brighton was the “first safe place” he has lived in. His choice of eveningwear there? An Olivier Theyskens coat worn as a dress, ballet shoes and jewellery.