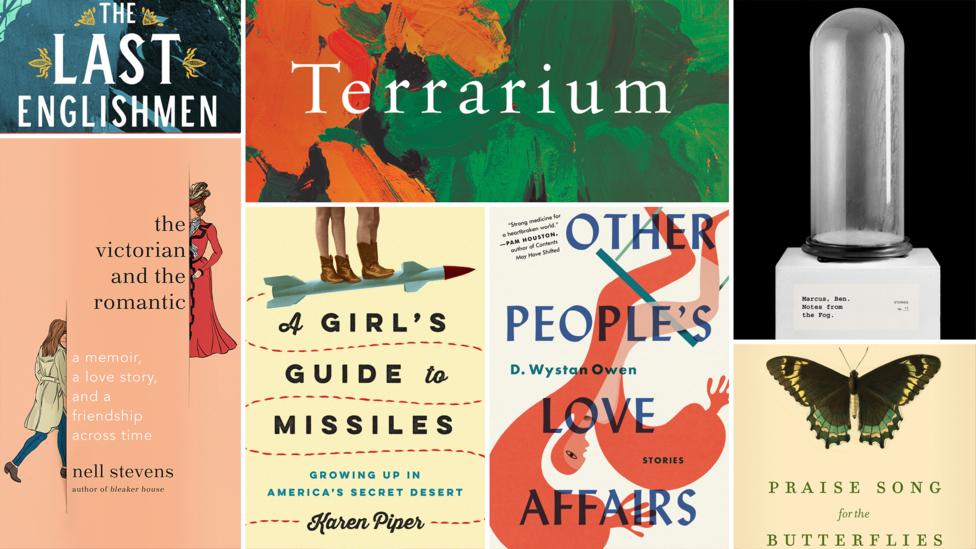 By Jane Ciabattari 1st August 2018
From a novel within a novel to a surreal thriller set in Cuba, these are the titles that should sit on your shelf this month, writes Jane Ciabattari. 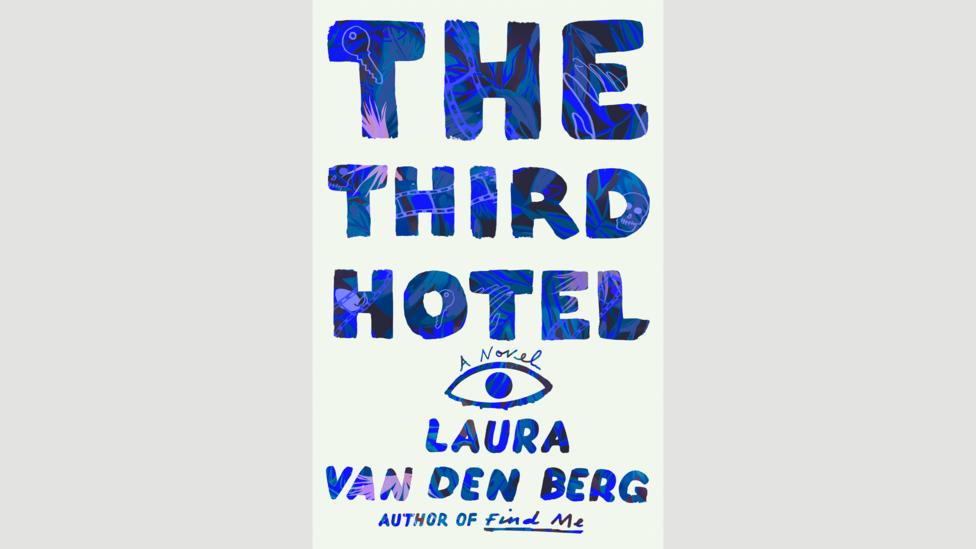 Enter The Third Hotel like a portal, and surrender to a surreal, vivid, impossible yet clearly realistic adventure. Claire, widowed when her husband Richard was struck by a car, follows through on their plans to attend the Festival of New Latin American Cinema in Havana. Richard, a film studies professor who specialised in horror, admired the work of Yuniel Mata, the director of Revolución Zombi, the first horror film made in Cuba. Claire attends Mata’s panel, and later encounters her husband “standing, inexplicably”, outside the Museum of the Revolution. Van Den Berg uses cinematic language, imagery and structure in this impressionistic portrait of a marriage that has come undone, a woman whose reality is skewed and a sea swept island filled with seductive art, strange vistas and unexpected danger. (Credit: Farrar, Straus and Giroux) 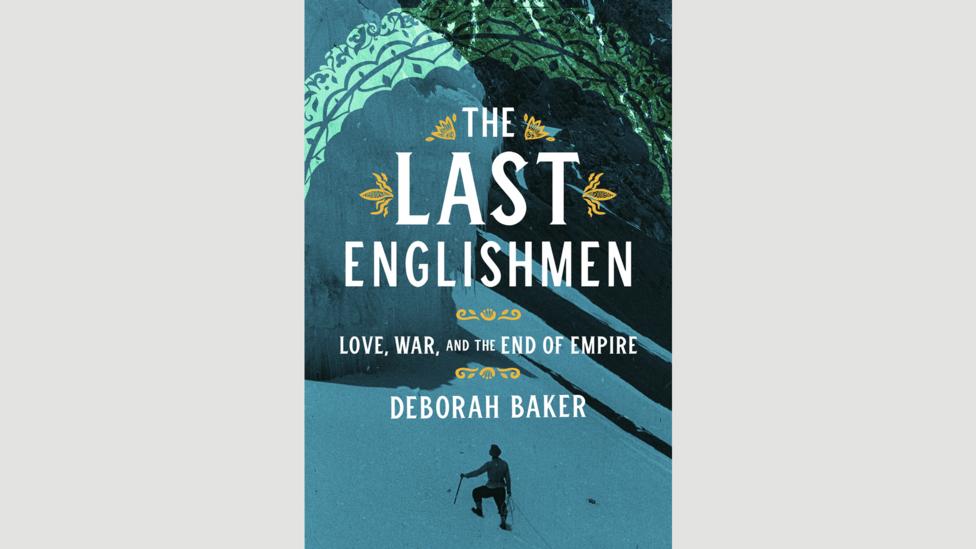 In a book rich in fascinating details drawn from personal archives, Baker follows the adventures of John Auden, a geologist and older brother of the poet WH Auden, and Michael Spender, a surveyor and older brother of poet Stephen. Both were drawn to India during the waning years of the British Empire. Auden was the first European to take in the view of Mount Everest’s southern face. Spender was the first to map the north face of Mount Everest. Each found a pioneering niche, and in 1938 each fell in love with painter Nancy Sharp. (She was involved with poet Louis MacNeice at the time.) Baker sets her complicated story against a backdrop of the war years, India’s struggle for freedom and the violent aftermath of independence in 1947. (Credit: Graywolf) 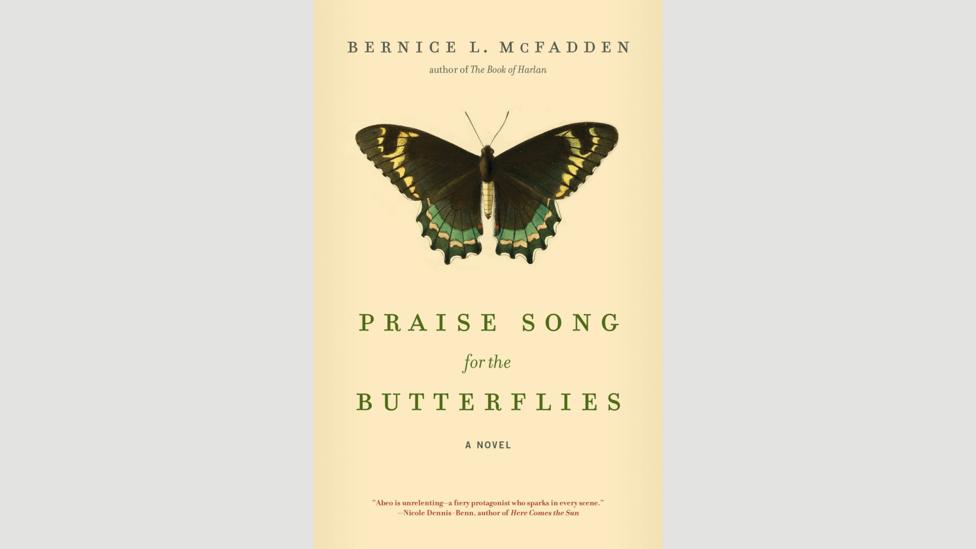 At nine, Abeo Kata is living a privileged life in the fictional West African country of Ukemby. Her father works in the government’s treasury department. Her mother cares for her and her younger brother. Her aunt Serafina visits from America. But bad luck is on the horizon. Her father loses his job, and submits to his mother’s demand that he bring Abeo to a village shrine to spend her life as a trokosi, working off the sins of her ancestors through slave labour and sexual servitude. Abeo and the other girls at the shrine endure unspeakable cruelty and deprivation. A secret connected with her birth opens the door to freedom, after 15 years, but recovery is not assured. McFadden crafts a compassionate, unforgettable story of loss and redemption. (Credit: Akashic Books) 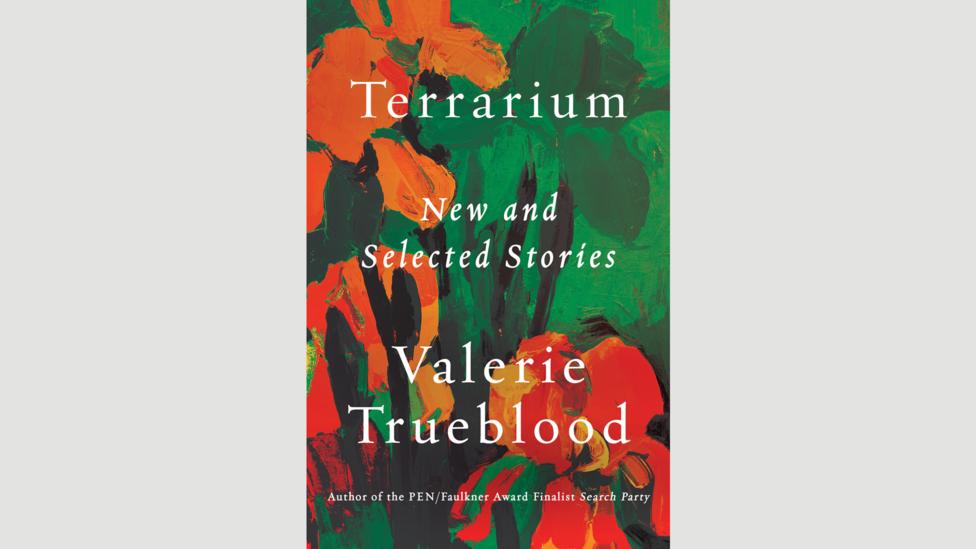 The 49 stories here – 30 of which appear for the first time, along with others drawn from previously published collections that were finalists for the Pen/Faulkner and Frank O’Connor International Short Story prizes – speak to Trueblood’s mastery and the spaciousness of her vision. She adds fatal twists to the path of love – a woman is in prison for shooting her husband with his service revolver; a married woman loves someone else’s husband, who is dying of cancer. She sifts through layers of time: a grandmother recalls her own romantic youth and helps cover up when the police arrive after a 14-year-old’s girl’s birthday party turns wild. The newer stories shift into flash-fiction, quick bursts of intensity: three months after his bypass, a husband and wife learn to tango; a woman’s beautiful high school friend is shot by her jealous husband. (Credit: Counterpoint) 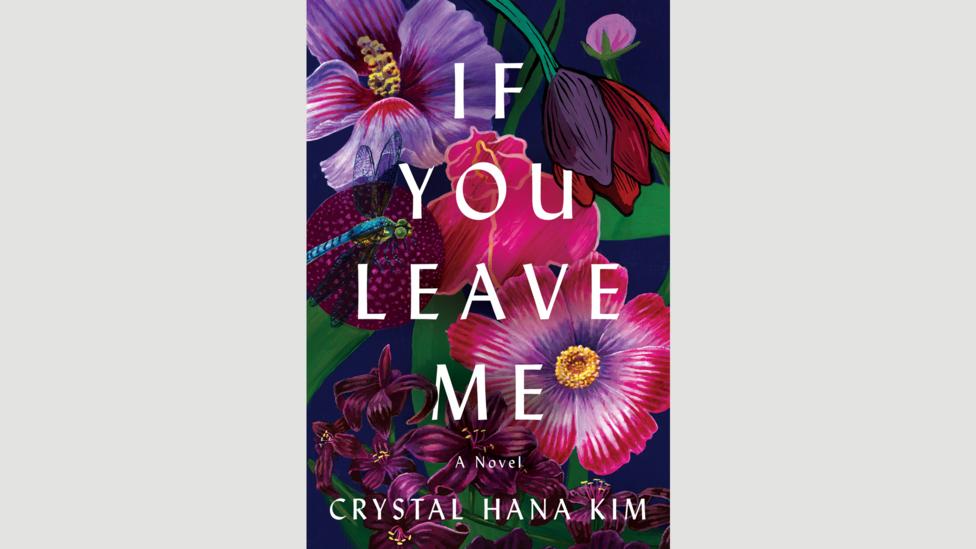 Kim introduces the love triangle at the centre of her multigenerational first novel in 1951 Busan, a coastal camp for refugees displaced by communist North Korea’s invasion of the South. Lee Haenmi, 16, does chores for her mother and cares for her tuberculosis-afflicted younger brother. At night, she dresses in her late father’s clothes and goes drinking with her boyfriend, Yun Kyunghwan, showing a daring side that will haunt her for a lifetime. As the family struggles to survive, Haenmi marries Yun Jisoo, Kyunghwan’s more well-to-do cousin, and gives birth to four daughters. But she never forgets her first love. With riveting emotional power, Kim describes the grueling losses of wartime, the pressures of cultural change, and the dissolution of a marriage over a quarter century. (Credit: William Morrow) 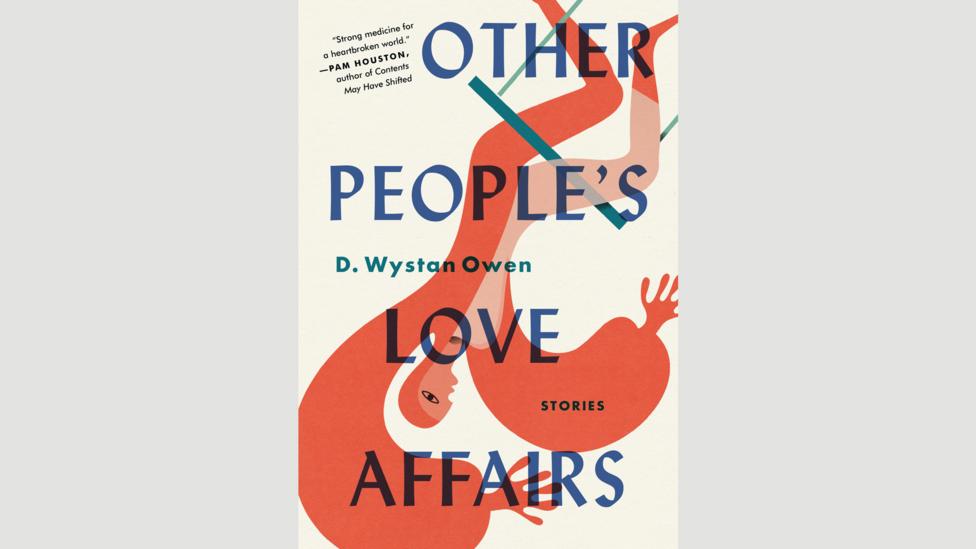 In 10 linked stories, Owen explores “the realm of human love” through the wistful perspective of characters living in the seaside village of Glass. Eleanor learns about her missing mother, who had “occasional madness,” from Wen, who collects rubbish in the village; they were “fellow travelers of a desolate road”. May Valentine, a jazz singer at the Blue Parrot, and a single mother, reveals a secret to her teenage daughter. Kenneth and his ex-wife have been divorced for 17 years, but he is still her dentist. Erma is bereft when Violet, who she has lived with for 20 years, dies, and she’s disturbed to discover the man who preceded her in Violet’s life. She had thought of their relationship as not like “other people’s love affairs.” A delicately crafted first collection. (Credit: Algonquin) 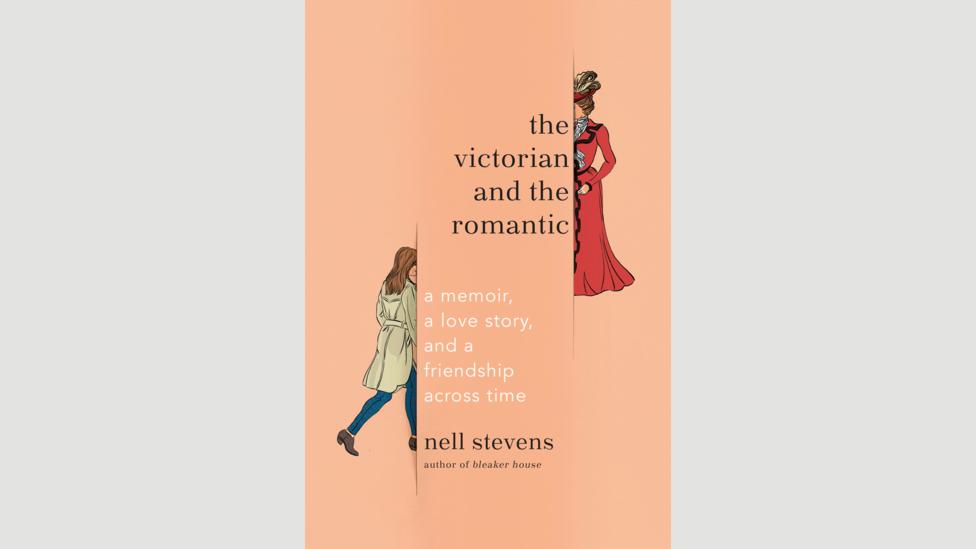 Nell Stevens begins her PhD studies at Kings College London in 2013. Her thesis, on the Victorian novelist Elizabeth Gaskell, probes questions of women’s choices and social limitations. In 1857 Gaskell left her minister husband in Manchester upon publication of her controversial biography of Charlotte Brontë and took off for Rome with her two daughters. During her months-long sojourn in an artistic circle there, which she called “the tip-top point” of her life, she became enamoured of Charles Eliot Norton, a US critic 17 years her younger. While researching and writing about Gaskell, Stevens juggles an on-again, off-again love affair with Max, a former Boston University classmate now living in Paris. As she explores Gaskell’s life and questions her own future, Stevens creates a delectable literary conversation. (Credit: Doubleday) 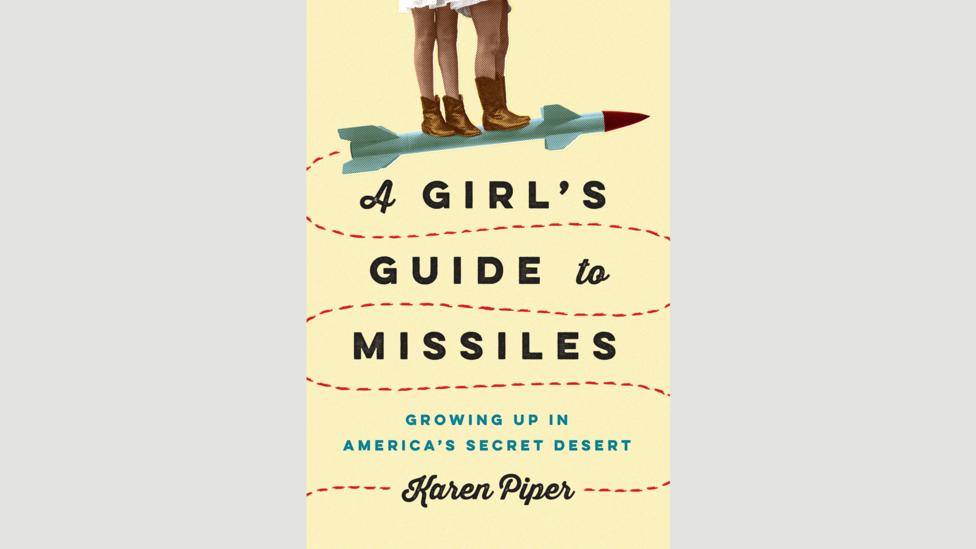 Piper grew up surrounded by missile testing sites in the China Lake Naval Weapons Center, a top-secret enclave in the Mojave Desert in the western US. Founded so World War Two-era rocket scientists could design and detonate weapons, it expanded to more than a million acres after the war, and developed 75% of conventional weapons for the US military. Her father worked on the Sidewinder missile, her mother on the Tomahawk. Her older sister worked on inventory, and as soon as she could drive, she worked as a secretary. At home, no one could talk about what they did. In Piper’s fascinating Cold War memoir, she draws from memory, family documents, interviews and declassified files to discover “black programs”, her father’s hidden past, and other secrets at the heart of the place she called home. (Credit: Viking) 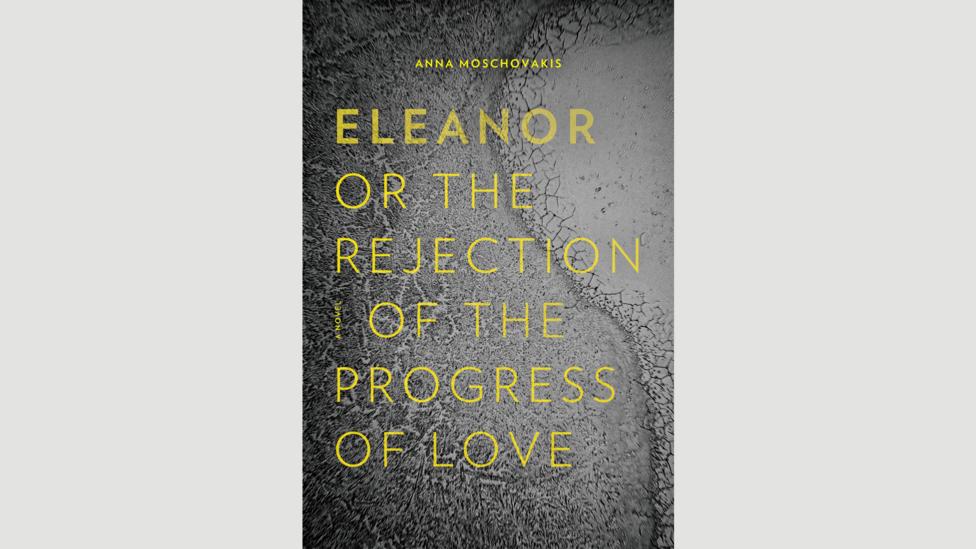 This first novel from Moschovakis, an award-winning poet, has a sly absurdist tone. She braids two narratives – a novel about Eleanor, nearing 40, who cycles between “intense solitude, intense sociability”, seemingly frozen by an unnamed trauma (“the thing that happened”) – and the woman not unlike Eleanor who is writing that novel, and getting notes from Adrian, an alcoholic critic in demand on the festival circuit. Eleanor’s laptop is stolen, recovered by an asylum-seeking immigrant named Danny. Moschovakis details Eleanor’s daily routine, her sexual practices, her musings and doubts, her travels up the Hudson and then to Ethiopia. She gives us the author’s emails and interactions with Adrian, who challenges her while failing in his own literary life. Eleanor is a witty novel, studded with provocative literary and philosophical references. (Credit: Coffee House Press) 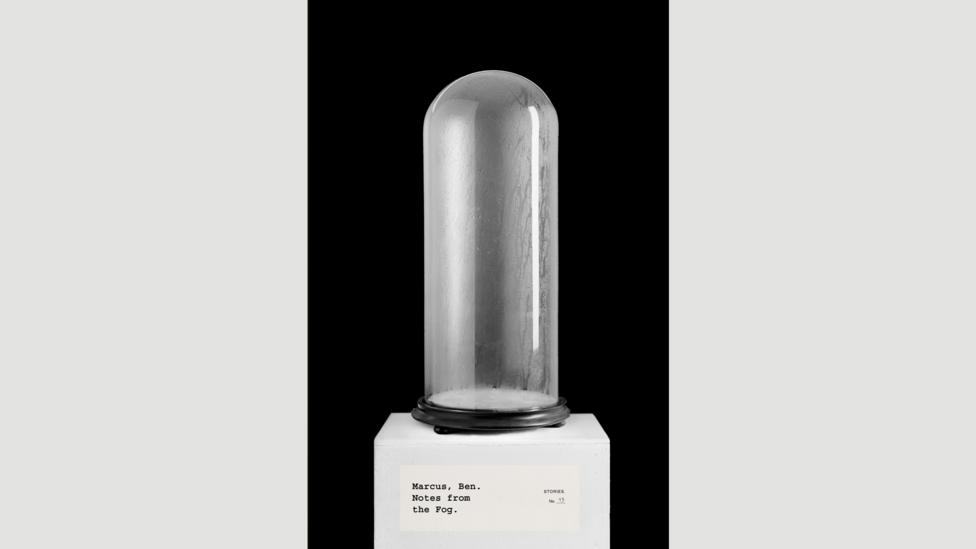 Marcus has an uncanny way of turning stories into warnings and premonitions. In his stunning third collection he writes of family dramas, strange drug trials, intimate anxieties and external threats. Martin watches in horror as his 10-year-old son Jonah turns cold. George tracks down his brilliant sister Elizabeth, an aerospace mogul, after their father dies and learns she lives far out of his reach, but always knows where he is. A loner refuses to evacuate, seeing an impending flood as an opportunity to plan “unspeakable things.” A teacher is fired for the feelings he causes in others, his wife dies of cancer and he no longer has the energy to “curate” his children’s minds. “Isn’t that the world now? Listless, cowering in our homes. Beset by paralysing indifference.” (Credit: Alfred A Knopf)