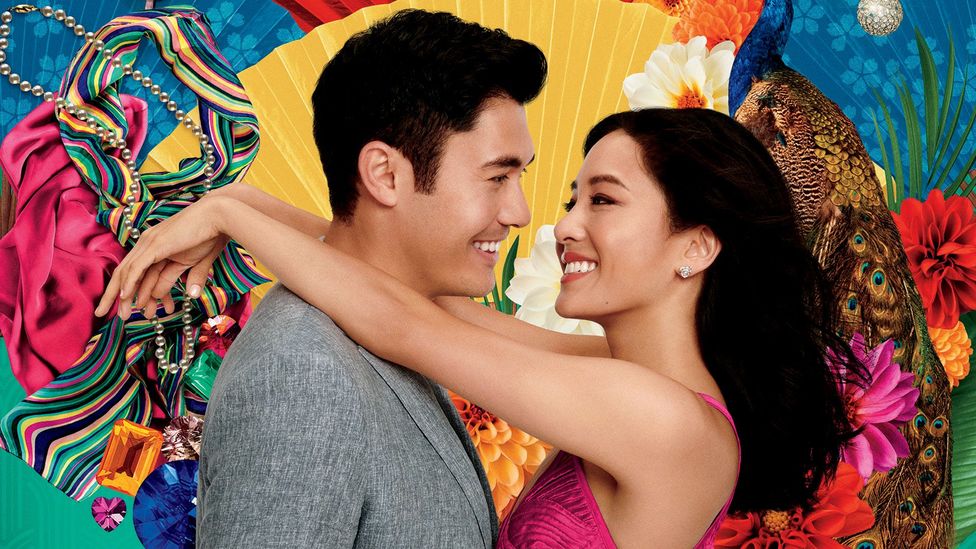 By Caryn James 15th August 2018
‘The stakes are high for this film, the first major Hollywood project in 25 years to feature an Asian cast,’ writes critic Caryn James. Does it meet them?
C

Crazy Rich Asians begins with a quote from Napoleon about China: “Let China sleep, for when she wakes, she will wake the world.” True to that promise, the film soars to life, a buoyant, glittering, thoroughly charming romantic comedy. The story of a Chinese-American economics professor who meets her boyfriend’s wealthy family in cosmopolitan Singapore does not reinvent the rom-com. But it uses that formula so gracefully that the movie feels fresh, largely thanks to its flawlessly-cast Asian, Asian-American and Anglo-Asian actors. Beneath its glamorous surface, the film is also thoughtful about ethnic identity, and the push and pull of class and culture: nouveau riche versus old money, personal fulfillment versus duty to family.

Kevin Kwan’s bestselling novel was ready-made for the screen, with all the rom-com elements in place, starting with a heroine to cheer for. Rachel Chu (Constance Wu) is smart, witty, down-to-earth and occasionally insecure, the better for viewers to relate to her. She has a happy life in New York with Nick Young (Henry Golding), an Oxford-educated professor, who is so blindingly handsome that it’s easy to overlook his most bone-headed move. He has taken Rachel on a trip home to his best friend’s wedding, without warning her that his family and friends are all fabulously rich. They can spend thousands on a dress or buy a building on a whim, allowing the film to add spectacular costumes and extravagant locations, from Nick’s grandmother’s tastefully opulent mansion to a sandy private island that is the setting for a bachelorette party. Wu and Golding play their characters so naturally that the film stays grounded in reality even at its most candy-coloured and fanciful.

In many romcoms the role of the heroine’s comic sidekick is a thankless necessity. Here the actress and rapper Awkwafina makes Rachel’s old college friend Peik Lin a vivid character in her own right. With puffy bright blonde hair, Peik Lin is brash, wry and part of a warm-hearted Singapore family with garish new-money taste. When her mother shows Rachel their over-gilded living room, she says it was inspired by Versailles. Peik Lin mutters, “And Donald Trump’s bathroom.”

Rachel must overcome a classic romantic-comedy heroine’s obstacle: her boyfriend’s disapproving mother. As Eleanor Young, Michelle Yeoh (the legendary star of Crouching Tiger, Hidden Dragon) combines elegance with a subtly menacing determination to keep the upstart American away from her family, and to bring Nick back to run the family business. “When children are away from home too long they forget who they are,” she serenely says at her first meeting with Rachel, firing an early warning shot. Yeoh makes Eleanor wrong-headed, but with true maternal devotion.

There is not a weak performance in the large cast

There is not a weak performance in the large cast. Nick’s relatives include his beautiful, stylish cousin Astrid (Gemma Chan), whose marriage to a middle-class man is falling apart. Ken Jeong plays Peik Lin’s high-spirited father, and there is a smattering of mean girls who taunt Rachel at the bachelorette party. The range is gloriously free of ethnic stereotypes.

Jon M Chu directs the big set pieces with ease, although at times they seem crammed into the story. In a mercifully brief episode, the groom’s friend Bernard (Jimmy O Yang) turns a bachelor party on a cargo ship into a floating version of Las Vegas at its most vulgar. A music-video sequence in which Rachel tries on dresses, with Material Girl on the soundtrack, is well-played but lands like the cliché it is.

The film does better with the small emotional scenes, including those between Rachel and her mother, Kerry (Tan Kheng Hua). Before Rachel leaves for Singapore, Kerry takes her daughter’s face in her hands and explains that she may look Chinese in New York, but being Chinese-American when she meets a traditional family abroad will be very different. And Wu and Yeoh have some of the film’s most intense moments together, as the defiant but respectful Rachel struggles with whether she can ever become part of Nick’s life.

The extravagant scenes and the small emotional ones come together beautifully in Nick’s friend’s wedding. The bride walks down an aisle that has been transformed into a flower-strewn stream of water, as Kina Grannis sings a romantic version of Can’t Help Falling in Love. Throughout the film, pop songs covered by Asian singers enhance the film’s tone, often adding to the general cheerfulness.

Crazy Rich Asians stands on its own apart from the book, but at times it suffers from compressing too much. The film opens with a flashback, as Nick’s extended family, drenched and bedraggled-looking after arriving in the rain, are turned away from a London hotel by a snobbish manager. A little more breathing room would have given the scene, with its shrewd setup and gleeful ending, greater impact. And what readers of the book lose in the element of surprise they gain in understanding the characters. Gemma Chan brings as much depth as she can to Astrid, but the film never depicts why she is deservedly Nick’s favourite cousin. And when she catches the eye of a man at the wedding – in a final-credits scene that effectively sets up a sequel – only readers of the novel will glean who he is, and that these two have a long romantic history.

The stakes are high for this film, the first major Hollywood project in 25 years to feature an Asian cast. The crossover question is not whether the movie will resonate beyond Asian audiences (it absolutely does) but whether it will entice viewers who are not romantic comedy fans (maybe). As Crazy Rich Asians carefully plays out the rom-com tropes, it is almost possible to hear the director and actors holding a collective breath behind the scenes, willing themselves not to put a foot wrong. It’s easy to imagine a giant sigh of relief at the end, having pulled it off with such crowd-pleasing panache.