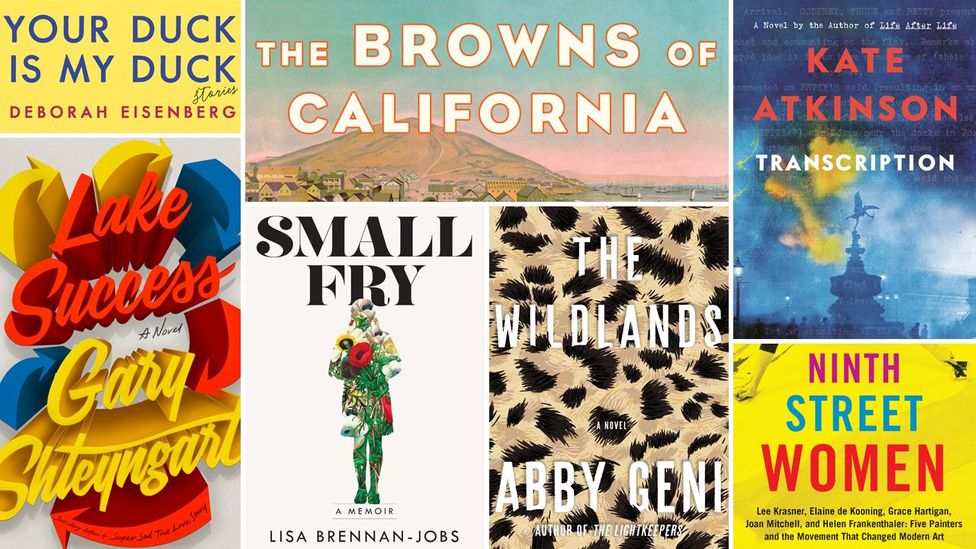 By Jane Ciabattari 29th August 2018
From a novel about the early Third Reich to a memoir by Steve Jobs’ daughter, these titles should sit on your shelf this month, writes Jane Ciabattari. 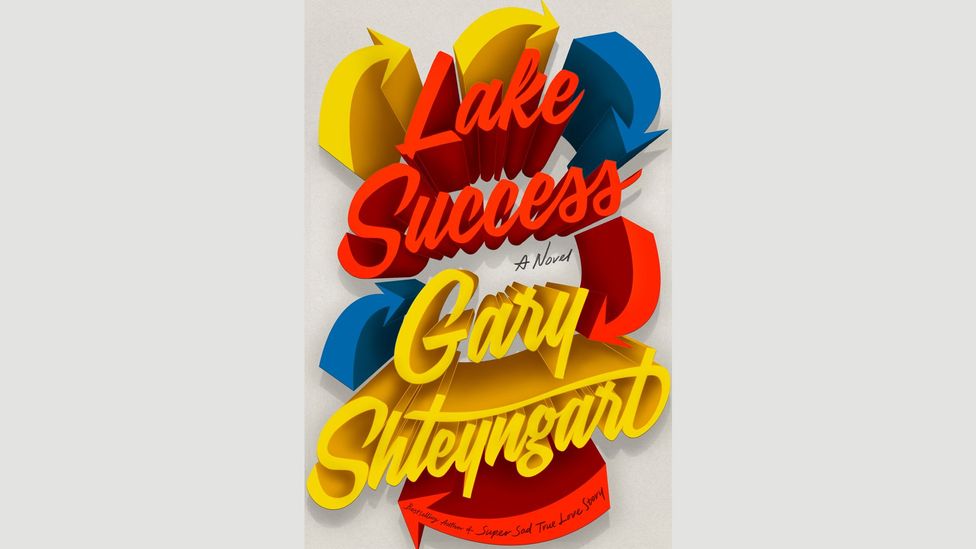 In Shteyngart’s biting, edgy, often hilarious new novel, hedge-fund manager Barry Cohen, who manages $2.4 billion (£1.86b) in assets and is being investigated by the SEC, is steadily divested of privilege while travelling across the country by Greyhound bus. Back home, his estranged wife Seema struggles to keep up with their newly diagnosed autistic three-year-old son, Shiva, and begins an affair with a neighbour. Her sections of the novel are tender in comparison with Barry’s. An outgoing narcissist, he befriends a crack dealer on a Baltimore block that fans of The Wire like to visit, hangs out with a onetime colleague in Atlanta, tracks down an old Princeton girlfriend in El Paso. Barry loses everything, but gathers more kindness from his fellow passengers than from everyone in his years in finance. (Credit: Random House) 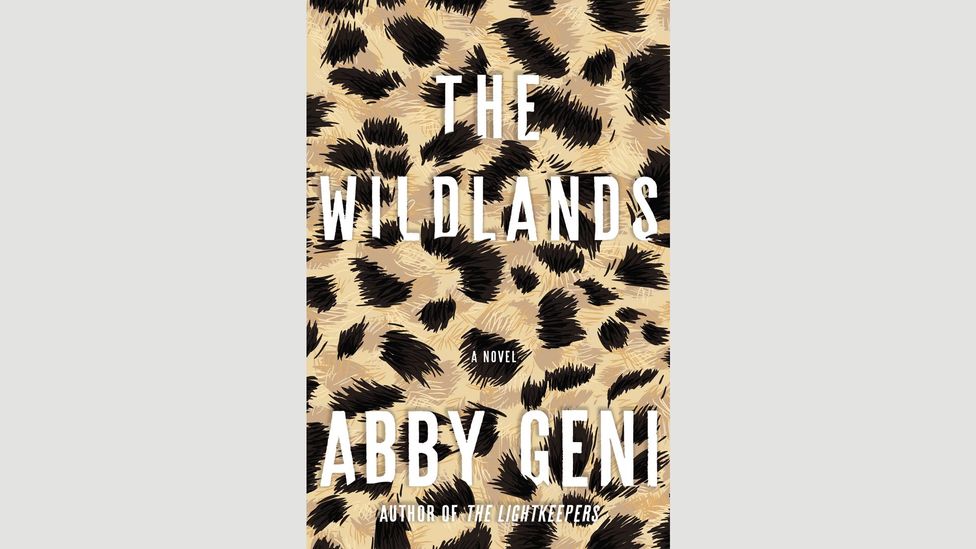 Geni’s impressive second novel begins with a catastrophic tornado. Cora, six years old, notes that the horses are screaming and the Oklahoma sky is “soaked with a new colour. Damp jade. Split pea soup. Moss on stone.” Within hours, her father, their home, and all the animals are gone. Her older sister Darlene settles brother Tucker, sister Jane and Cora in a mobile home instead of going to college. Tucker takes off, drawn into animal-rights activism. Three years later, injured after bombing a local factory that is cruel to lab animals, he kidnaps Cora to help him. Cora adores Tucker, but gradually sees how dangerous he is. Geni’s genius is that she makes us empathise with every member of this troubled family, and also with the animals Tucker yearns to protect. (Credit: Counterpoint) 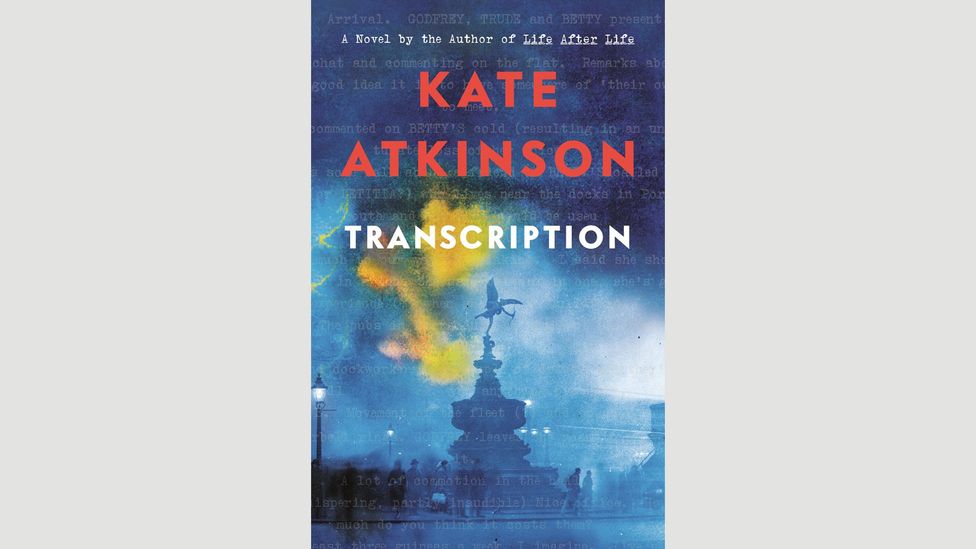 In the latest from this masterful, Whitbread award-winning novelist, Juliet Armstrong is living alone in 1950, working as a producer for the BBC. She encounters a former colleague she knew as Godfrey Toby, but he denies knowing her. This sighting is the first reminder of a clandestine role she thought she’d left behind when the war ended. From 1940 to 1944 Juliet worked for MI5 as a transcriptionist for Godfrey. He was taping fifth columnists – Nazi sympathisers in London who brought him treasonous information, believing he was a Gestapo agent. As long-buried secrets resurface, Juliet’s life is at risk and it’s unclear who can help her decipher the mystery. “Today the dead were everywhere, tumbling out of the box of the past and inhabiting the world of the living.” (Credit: Penguin Random House) 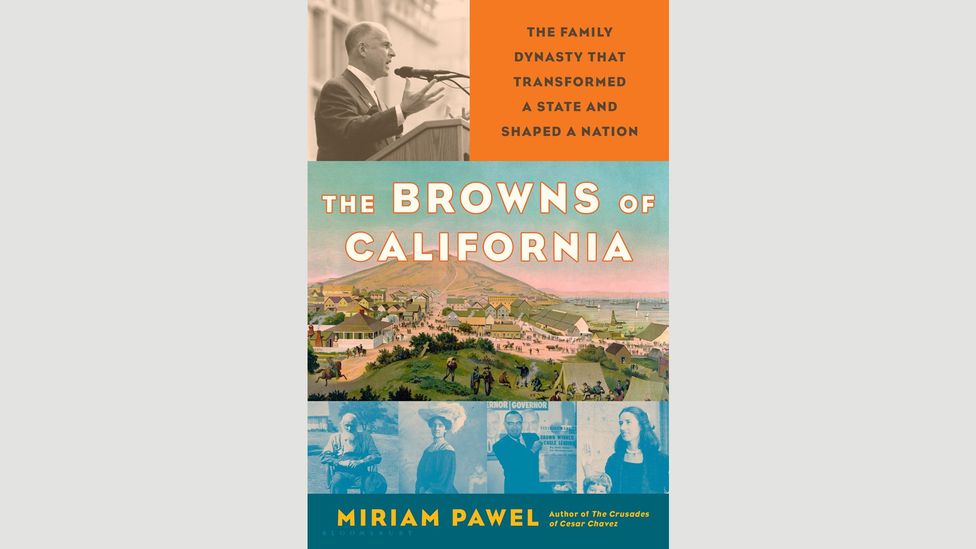 Pawel’s illuminating history focuses on the father and son who served nearly a quarter century as California governors: Pat Brown, an “ebullient, beloved, old-style politician” and his “cerebral, skeptical, visionary son,” Jerry Brown. The family’s California roots date back to a forebear who arrived in Sacramento in 1852. Pat Brown served eight years as governor in the 1960s, encouraging bipartisanship, a robust university system and preserving water resources. Jesuit-trained Jerry Brown was a forward-thinking governor in the 1970s and early ‘80s, anticipating climate change and the growth of the technology industry. When he returned to office in 2011 as governor once again, California was the sixth most powerful economy in the world. In his 2017 State of the State speech, he vowed to defend immigrants and noted, “When California does well, America does well.” (Credit: Bloomsbury) 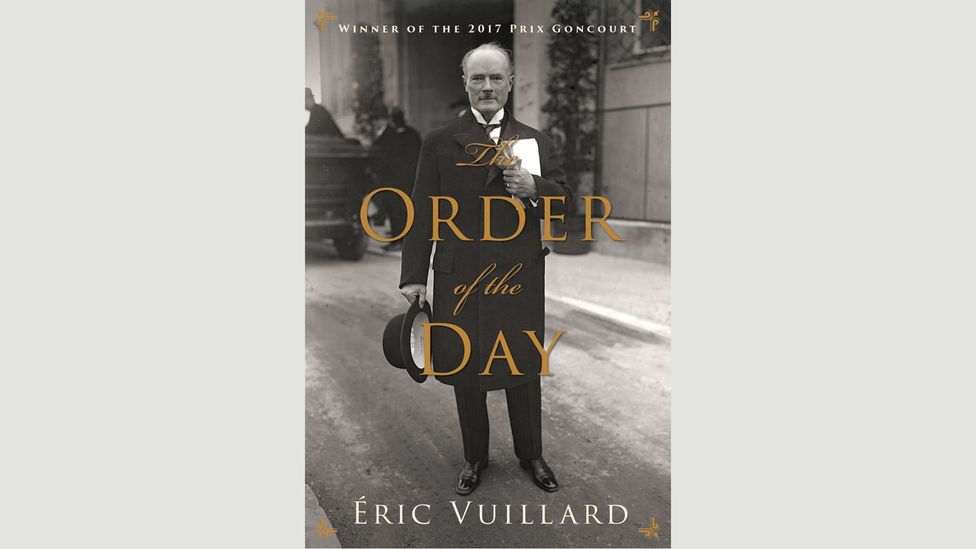 Vuillard’s extraordinary, disturbingly resonant, Prix Goncourt Award-winning novel about the early days of the Third Reich, translated from the French by Mark Polizzotti, highlights the “underhanded maneuvers, marriages of convenience, double dealings,” greed and vicious passivity of those who appeased and supported Hitler. In February 1933, 24 German businessmen gather secretly and agree to finance the Nazi Party. (“And there they stand, affectless, like 24 calculating machines at the gates of Hell,” Vuillard writes.) British Prime Minister Neville Chamberlain learns that Hitler has invaded Austria on 12 March 1938, while hosting a farewell lunch for Ambassador von Ribbentrop. Ribbentrop yammers on, intentionally distracting the overly polite Chamberlain. “What’s astounding about this war,” writes Vuillard, “is the remarkable triumph of bravado… Everyone is susceptible to the bluff.” (Credit: Other Press) 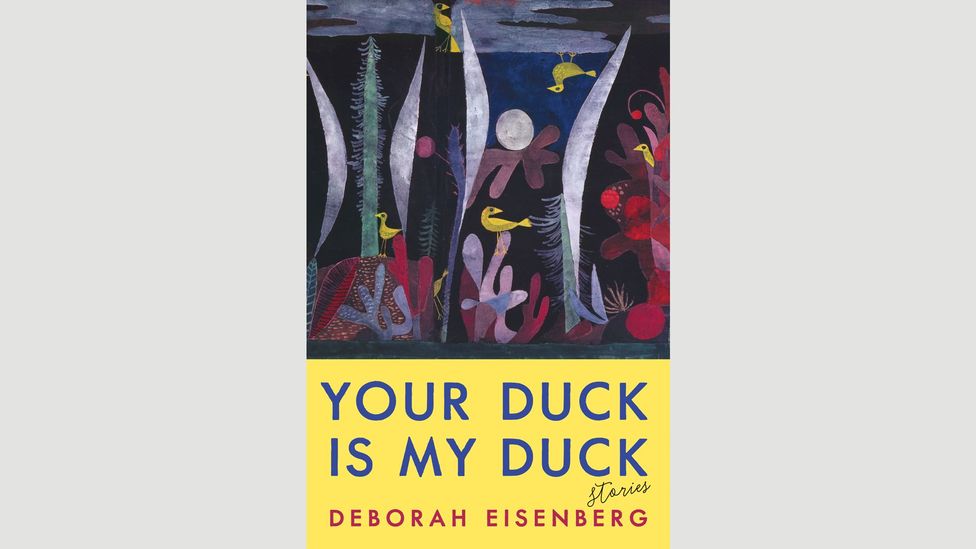 Six mercurial stories from the lauded short-story master reflect our shifting times. The title story follows an artist who encounters a wealthy couple who surprise her with the news that they just bought a painting of hers. Soon she is their guest in a tropical beach house, where a playwright in residence warns her, “things are clearly about to get worse.” In the story Taj Mahal, the grandson of a vaunted Hollywood director writes a memoir, and the great man’s inner circle reunites to complain about it after it’s been published. In The Merge a corrupt CEO’s hapless post-college son tries to find his way on his own. Recalculating revolves around Adam, who discovers an uncle who long ago left the family’s Iowa farm for London, and serves as “a hazy figure, radiant and beckoning.” (Credit: Ecco) 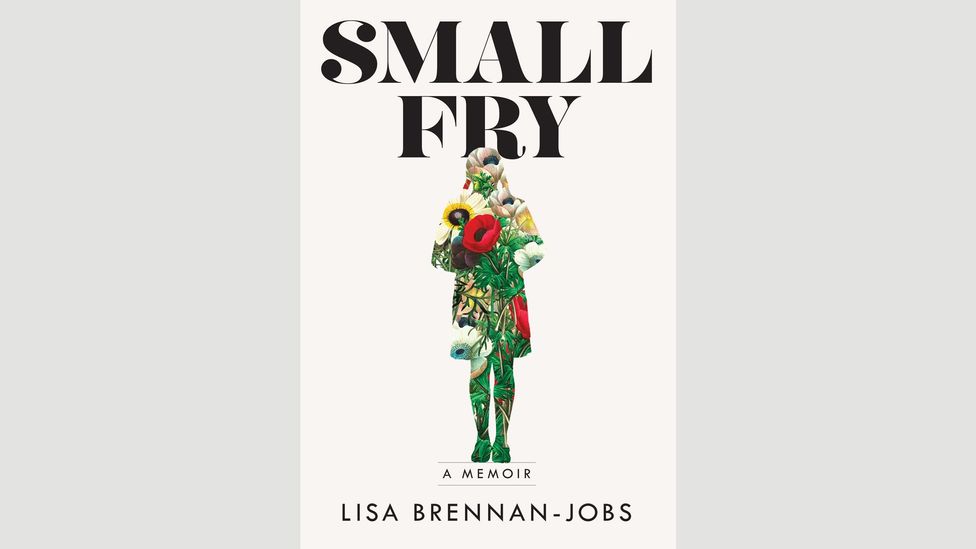 This gripping memoir by Steve Jobs’ daughter adds another layer of complexity to the public perception of the late Apple co-founder. Her mother is Jobs’ high-school girlfriend, artist Chrisann Brennan. They never married, and until DNA tests proved it definitively, he denied paternity. In her teens, Lisa lived in his Palo Alto home with Jobs and his wife Lorene. She babysits for her infant brother, but she feels alone, unsure she belongs. One night Jobs says if she doesn’t come with the family to the circus she should move out. She leaves, and after that, he’s rarely in her life. Her yearning for his affection is palpable, as is her compassion for a man of dark moods who withholds money and affection, but who, she writes, also can be “sensitive, collaborative, fun.” (Credit: Grove Press) 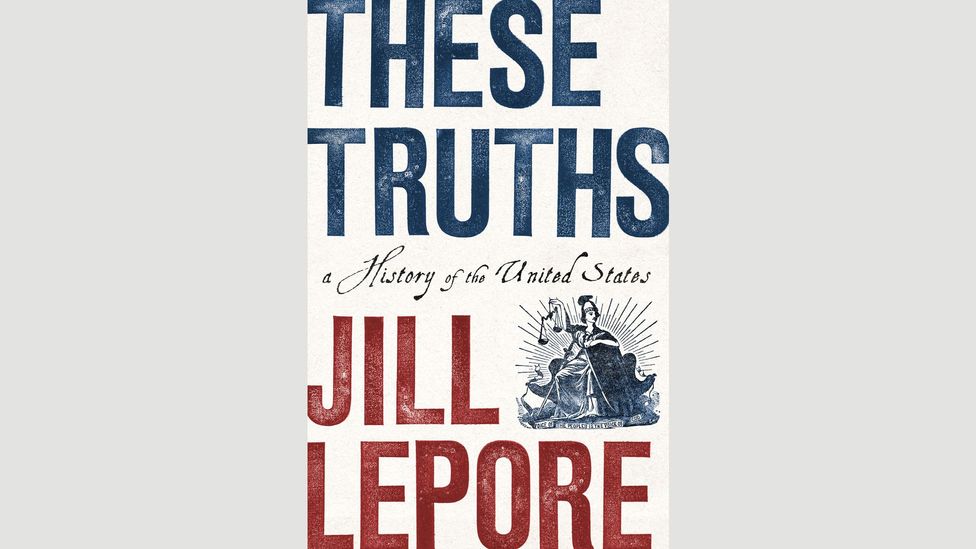 Harvard professor Lepore’s invaluable political history serves as a refresher course on the American experiment, based on three political ideas – “political equality, natural rights, and the sovereignty of the people”. It’s also an old-fashioned civics book, explaining “the origins and ends of democratic institutions.” She ranges from 1492, with Columbus’s voyage, to the aftermath of the 2016 election, that “rent the nation in two”, and Donald Trump’s Twitter account. She parses the origins of the Constitution, the separation of church and state, the effects of slavery and the Civil War on the democracy, the country’s entrance into world wars and the Cold War, plus the wars waged since 9/11. By emphasising founding fathers and presidents, and charismatic leaders on both sides of the political divide, she makes history vivid. (Credit: WW Norton) 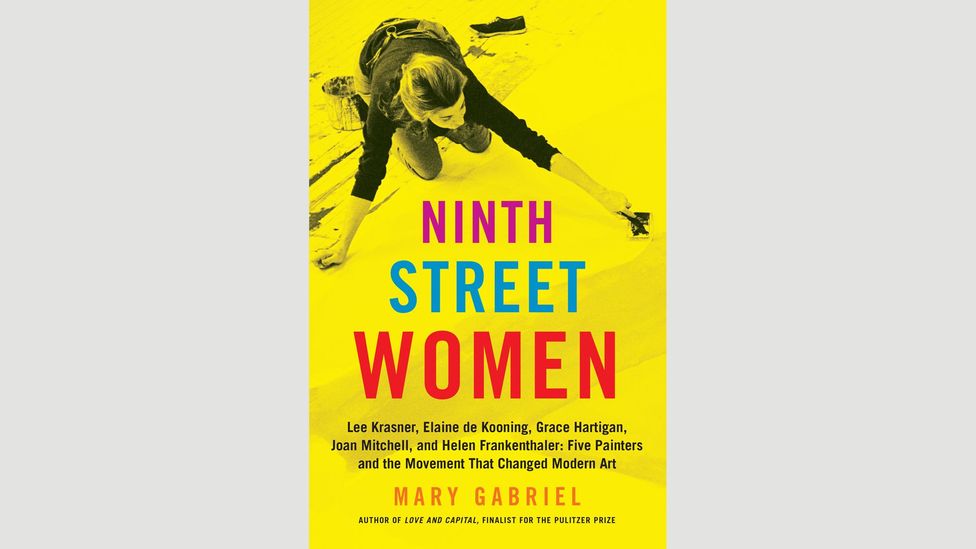 Gabriel’s fascinating group portrait of Lee Krasner, Elaine de Kooning, Grace Hartigan, Joan Mitchell and Helen Frankenthaler – women who played pivotal roles in the New York School during the emergence of abstract expressionism between 1929 and 1959 – shimmers with vivid personal detail. Gabriel opens with the landmark Ninth Street Show in May 1951, which included all five women. She traces their interwoven paths from studio to Cedar Bar to the Eighth Street loft known as the Club, to gallery openings and museum collections. Over time, Willem de Kooning outshone Elaine; Jackson Pollock eclipsed Krasner. Key contributions were erased (Helen Frankenthaler was ignored as the “fount” of the Color Field School). Gabriel makes sure these major artists who have been written out of history are not forgotten. (Credit: Little, Brown) 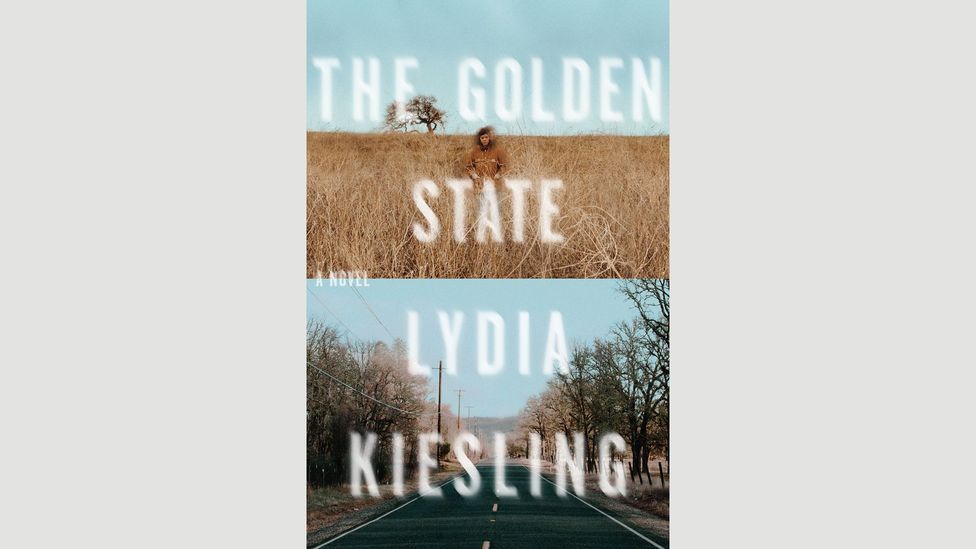 Daphne is a single mother with a toddler daughter, working for the Al-Ihsan Institute in Berkeley. Her husband was tricked into giving up his green card, and is now in immigrant limbo at his mother’s house in Istanbul. One morning, on impulse, she fetches Honey from day care and takes off for Altavista in the high desert of northern California, to the home she inherited from her grandparents. There, she has breathing space to consider her next moves and adjust to the relentless challenges of new motherhood. She encounters a neighbour in the State of Jefferson movement to secede from California and have a state without laws, and allies herself with an older woman who has spent time in Turkey. Unexpected intersections and convergences make this first novel sparkle. (Credit: Farrar, Straus and Giroux)