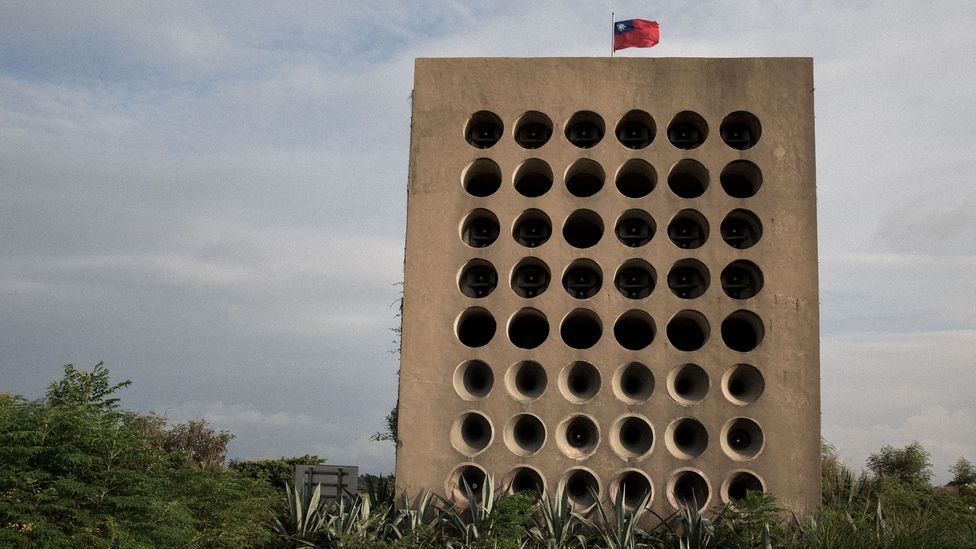 By Vivienne Chow 24th September 2018
A stronghold of ‘sonic power’ has been brought back to life. Vivienne Chow talks to the artists behind a new project about different forms of propaganda – and the politics of silence.
O

One sunny summer afternoon, a group of 30 people line up to enter a mysterious concrete tower on a small island off the coast of Taiwan. They are not curious tourists waiting to take a peek at the three-storey structure made up of 48 loudspeakers. In fact, they are there on an artistic mission – members of a local choir taking turns to sing into the microphone inside the tower, part of a one-off performance at a site that was once the embodiment of sonic power.

It is the Beishan Broadcast Wall on one of Taiwan’s Kinmen Islands, just 2km (1.2 miles) away from China’s Xiamen city. Built in 1967, the broadcast wall used to be a strategic military stronghold that played a key role in sonic warfare across the straits, blasting out anti-communist propaganda. Nearly three decades after the tower stopped functioning, a group of artists based in Berlin and Taiwan are turning the forgotten historical site into an experimental art stage that investigates the idea of ‘territories’ beyond the conventional definition. 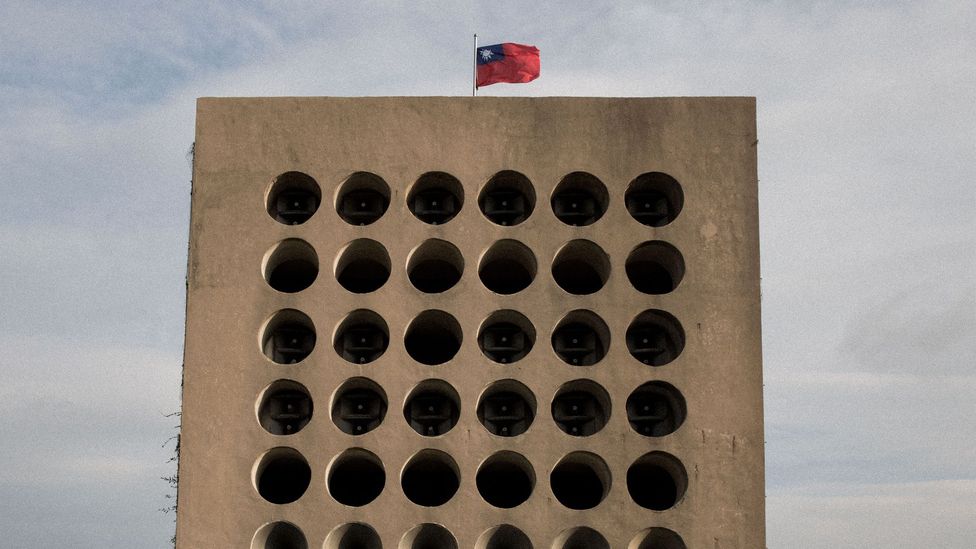 A group of artists is bringing sound back to the Beishan Broadcast Wall, nearly 30 years after it was decommissioned (Credit: Shao Po Chao)

“The only way to deal with forgotten sites is to reinvent them in a creative way through art and music,” says Augustin Maurs, a Berlin-based interdisciplinary artist who created the sound art performance project Sonic Territories.

A classically trained cellist, Maurs has worked on projects that aim to reconceptualise traditional music and sound stages, including a concert with visual artists at Berlin’s Philharmonie in 2013. About a year ago, he came across pictures of the Beishan Broadcast Wall during his research, intrigued by the architecture and history of the loudspeaker tower.

The deadly power of sound

Sonic weapons are no modern-day invention. From the Bible’s description of the Battle of Jericho during which Israelite priests blew on rams’ horns some 3,500 years ago, to the conflicts between North and South Korea, sound has been deployed as a fatal weapon in addition to missiles and bullets, with the power to disturb and confuse enemies and cause injuries. 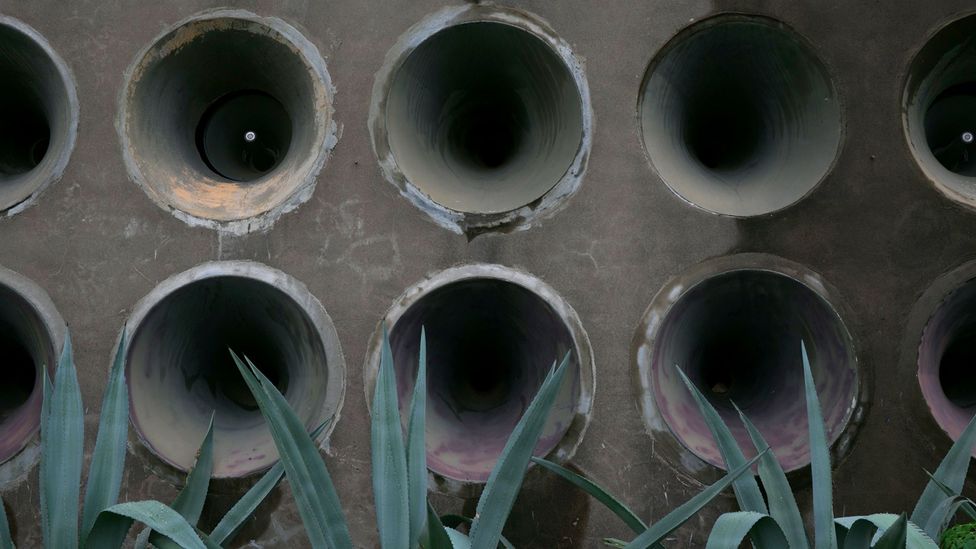 The art performance took place on the 60th anniversary of the Second Taiwan Strait Crisis, in which the People’s Republic of China shelled Kinmen Islands (Credit: Shao Po Chao)

The Kinmen Islands, which form the outlying Kinmen County of Taiwan, were the site of the bloody Battle of Guningtou during the Chinese Civil War in 1949. It was the battle that established today’s status quo between mainland China and Taiwan as the communists failed to defeat Kuomintang and seize Taiwan.

During the following decades until the 1990s, four broadcast stations were built in the Kinmen Islands to broadcast propaganda messages and music to mainland China. The sound of Beishan Broadcast Wall could reach as far as 25km (15.5 miles). 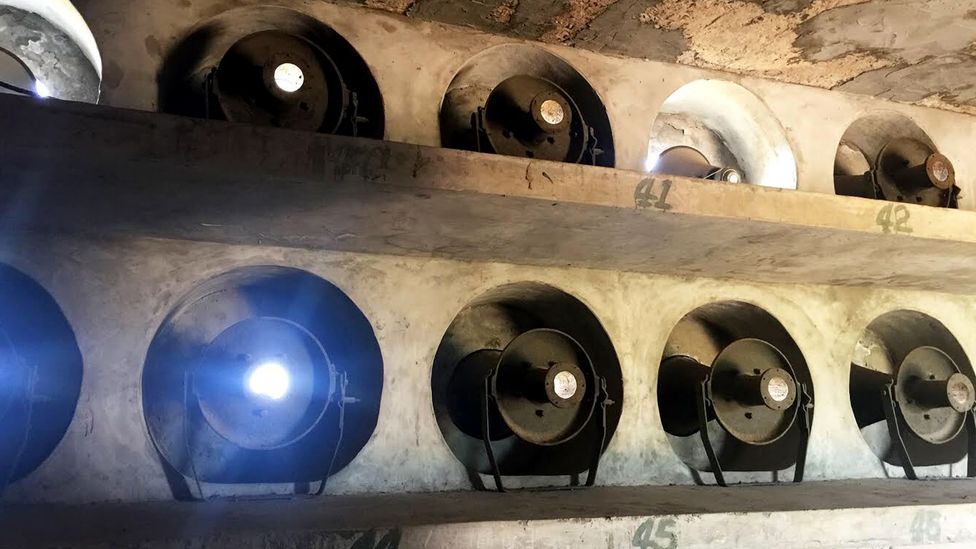 The Beishan wall was one of four stations built in the Kinmen Islands, aiming to bombard China with propaganda messages (Credit: Shao Po Chao)

Among the most famous messages were those from the late Taiwanese singer Teresa Teng, who was said to be the favourite of the former Chinese leader Deng Xiaoping. Some of her famous songs, such as Tian Mi Mi (Very Sweet), were played. She also went to the broadcast wall in person to speak to the mainland Chinese through the broadcast system in the tradition of starlets like Marlene Dietrich talking to troops, telling them that she was waiting for their visit to Kinmen and freedom was the only hope for the future of their country. These messages are still played today but at a much lower volume, as a tourist offering on the Kinmen Islands.

From sonic warfare to sound art

Sonic Territories, comprised of four segments of sound and music performances by Maurs and three artists from Taiwan – Ada Yang Kai-ting, Chang Hsia-fei and Wang Fu-jui – is the first contemporary art project at the Beishan Broadcast Wall inspired by the history of the site and the medium of sound. 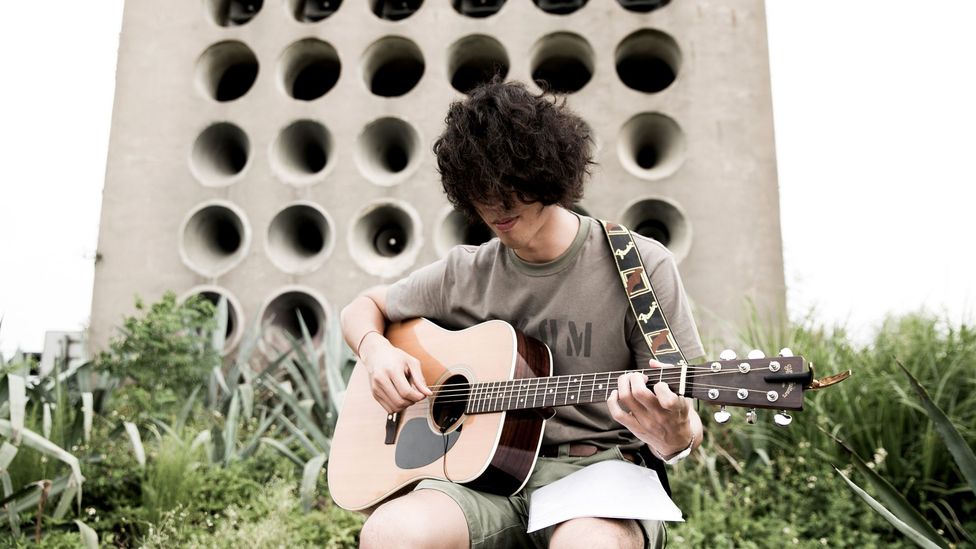 Yang brings young singers from Taipei to Kinmen to perform classics that were once banned in Taiwan (Credit: Shao Po Chao)

“Compared with visual artworks, sound gives us another layer of imagination as listeners have to picture the narration,” says Yang, who lives between Germany and Taiwan. She brings young singers from Taipei to Kinmen to perform classics that were once prohibited in Taiwan during the martial law imposed between 1949 and 1987, including Teng’s When Will You Return (1978), a cover of the 1938 song by Chinese songstress Zhou Xuan. Other famous tracks such as Tsai Chin’s Forgotten Time (1979) and Just Like Your Tenderness (1979), which was covered by Teng in 1981, are also on the song list.

The music she chooses for the performance consists of pleasant melodies and her segment of performance only lasts for 20 minutes, a stark contrast to what was broadcasted at the same location in the past. Previous broadcasts had a traumatic effect on people, particularly those living on the islands.

“Back then the deafeningly loud sounds that came from the broadcast wall were looping around the clock non-stop,” says Yang, who has collected the memories of local islanders during her research. People were immersed in the sound and had no way to escape from it, she says. “Sonic war is a long battle over one’s mental zone. One must have strong belief in the values he or she stands for in order to fight the battle.” 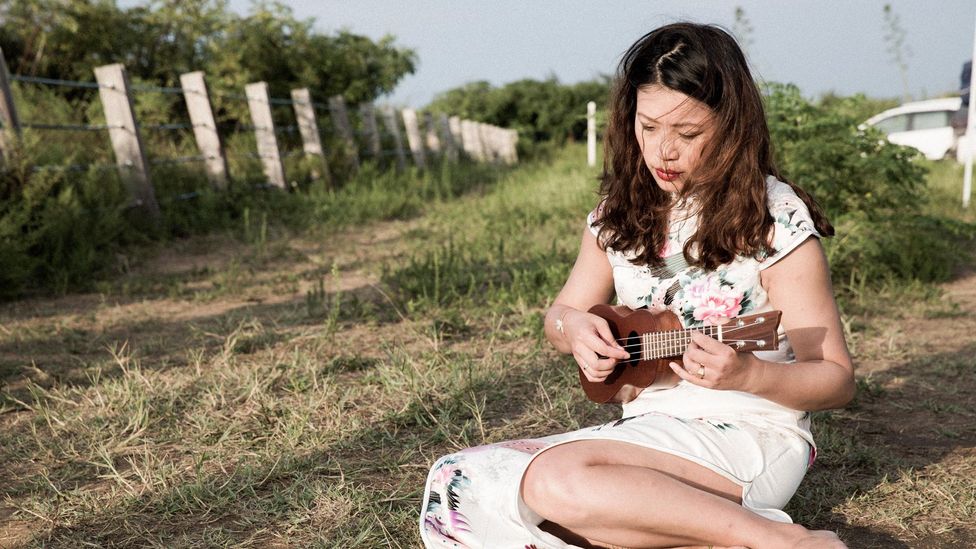 Chang performs songs that were played to soldiers in the past, moving from inside the tower to sit on the grass outside (Credit: Shao Po Chao)

Chang also plays on the theme of Teng and stages a karaoke performance of songs sung for soldiers by songstresses such as Dietrich and Teng. Dressed in qípáo, Chang first sings into the microphone inside the broadcast tower. The loud music then fades away and she continues to sing with her ukulele sitting on the grass outside the tower to the audience. The interaction with the local people during the performance, however, can only faintly bridge the gap between young Taiwanese and history. “To me Kinmen is an insane place. We visit the islands as if they were a history museum or a cabinet of curiosity. People there still live in another era, and young Taiwanese cannot imagine how they felt living under the terror of dictatorship,” Chang says.

We played music, non-stop music and it became noise. It caused us mental exhaustion – Ling Ma-teng

The sound prompts Ling Ma-teng, who served in the army during the war and is the author of five books on Kinmen history, to recall the hard life on the islands during the sonic warfare. In addition to the sound coming from the Beishan Broadcast Wall, Communists also staged their counter attack using the same tactic. “They were loud as thunders,” says the 75-year-old. “We played music, non-stop music and it became noise. It caused us mental exhaustion.”

The sound of silence

Silence was a luxury on the islands, and it becomes the focus of Maurs’ segment For Propaganda Loudspeakers and Singing Voices. Thirty members of the local Kinmen County Choir, formed by local residents, line up to enter the tower and sing quotes about silence and muteness into the only microphone inside the broadcast wall. These quotes are drafted from various sources, from John Cage’s “I have nothing to say and I’m saying it” to “six minutes and 20 seconds”, a reference to US teen activist and gun control advocate Emma Gonzalez’s speech during the student-led March For Our Lives demonstration in March, in the wake of the high school shooting in Parkland, Florida. 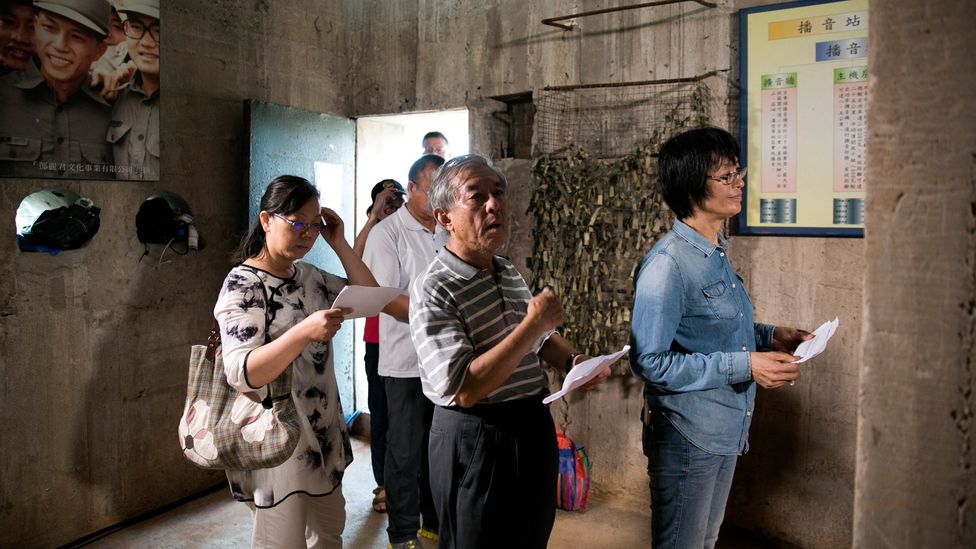 A 30-strong choir recorded individual vocals on the only microphone inside the concrete structure (Credit: Shao Po Chao)

During the performance, made up of 30 quotes sung in Chinese, choir members are asked to improvise and create their own musical interpretation of the quotes. “It is almost like a ceremony,” Maurs says. “During our first rehearsal, choir members were very curious of our intent as the loudspeaker wall is very close to mainland China. After they understand the project they are very relaxed about it. It turns out to be a community event. This piece is dedicated to them.”

Although the performance at the Beishan Broadcast Wall is a one-off event, Maurs continues the experiment in Asia at the Busan Biennale that runs until 11 November, 2018, building a loudspeaker wall installation inspired by the Beishan Broadcast Wall. Two performances by local Korean voices take place during the opening of the biennale at the Museum of Contemporary Art Busan, and recorded quotes about silence in Korean are played on a loop. Maurs’ piece is also an echo to the long-time sonic warfare between South and North Korea, where South Korean loudspeaker walls blasted propaganda messages and K-pop songs in the Demilitarised Zone (DMZ) to North Korea until April 2018, when the loudspeakers were dismantled.

Maurs says silence is a way to avoid politics; but at the same time it can be a highly political gesture. “Instead of having something profound to say, this work is about the wish of being silent,” he says.

CORRECTION: A previous version of this story incorrectly described the Kinmen Islands as being on the northern tip of Taiwan. We regret the error and have updated the text accordingly.