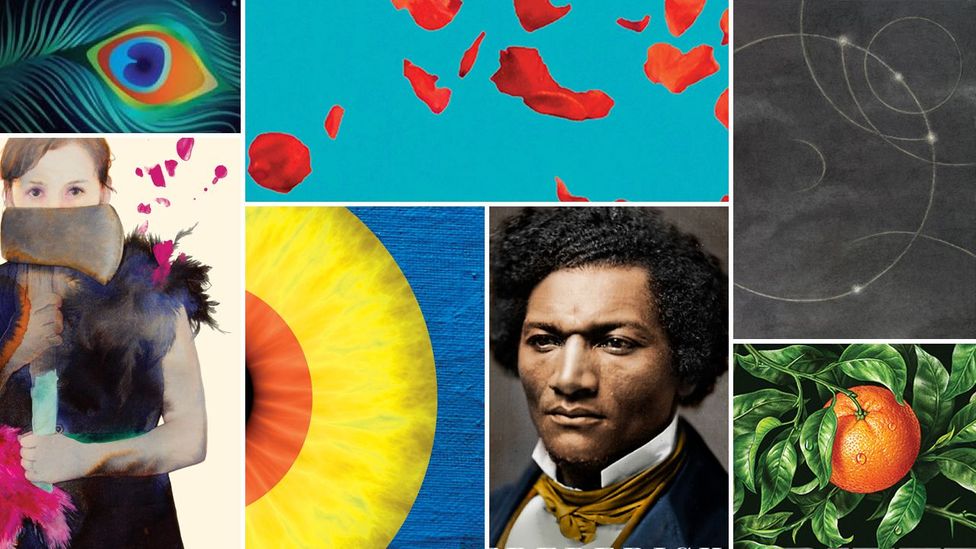 From the story of a utopian community to a cyber-terrorism thriller, here are some reading ideas for this month. By Jane Ciabattari. 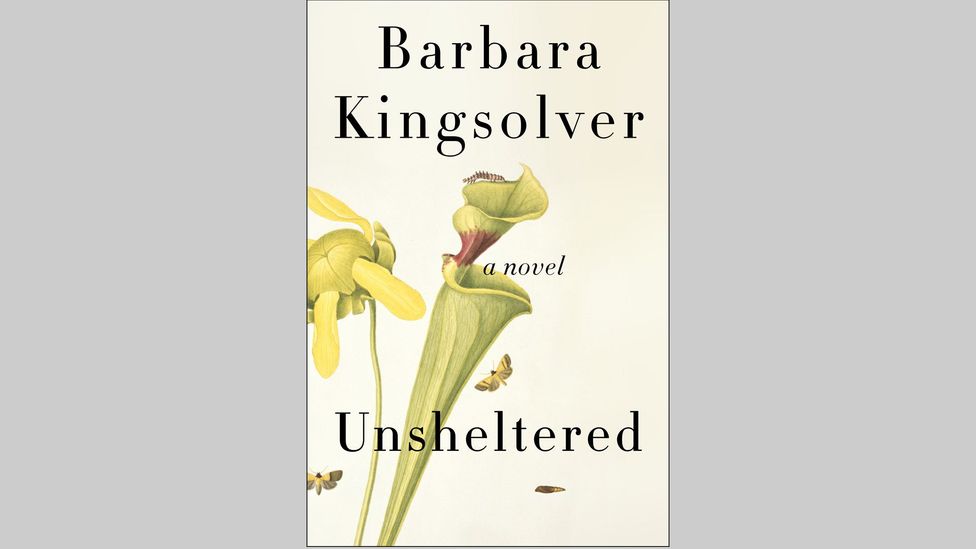 Kingsolver sets her engrossing ninth novel in Vineland, New Jersey, which was founded as a utopian community in the 19th Century. She alternates chapters told by inhabitants of the same brick house more than a century apart. Trump-era journalist Willa Knox struggles with the crumbling house, dwindling funds and a family tragedy, her daughter-in-law’s suicide after giving birth to a son. In the 1880s, Thatcher Greenwood, a science teacher, finds his marriage challenged by the house’s structural instability. Caught up in the volatile conflict between Creationism and Darwinism, Greenwood finds support from his scientist neighbour Mary Treat. Willa discovers her house’s connection to Thatcher and Treat, and hopes for a historic preservation grant to finance repairs. Kingsolver’s portrayals of the complicated generational interactions of families from two eras is nuanced and convincing. (Credit: Harper Collins) 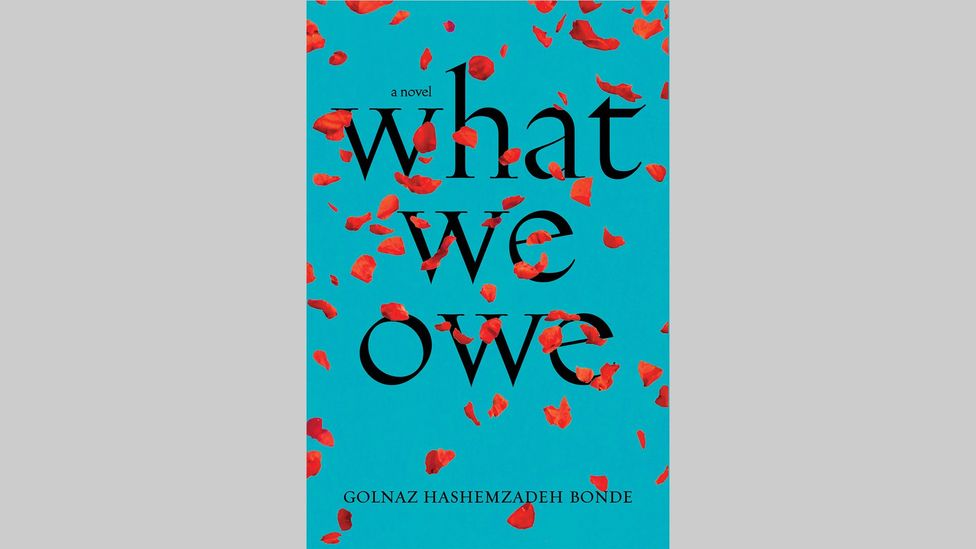 Golnaz Hashemzadeh Bonde, What We Owe

“Our time was always borrowed… we should have died in the revolution,” Nahid muses when she gets the fatal diagnosis of stage-four ovarian cancer. She recalls university days in Iran 30 years before, when her younger sister Noora disappeared during a police crackdown on a demonstration and many others died. Leaving her family behind, she follows Masood, her husband, into exile, even though he beats her mercilessly. Then he is gone, too. “Everything disappears,” Bonde writes. As Nahid undergoes treatment, she works to fix her troubled relationship with her daughter Aram. Then Aram announces she’s expecting a daughter. Nahid is transfixed, imagining this child could be born into a place where she can be rooted, safe. Bonde ends her heart-rending story with a glimmer of hope. The book is translated from the Swedish by Elizabeth Clark Wessel. (Credit: Houghton Mifflin Harcourt) 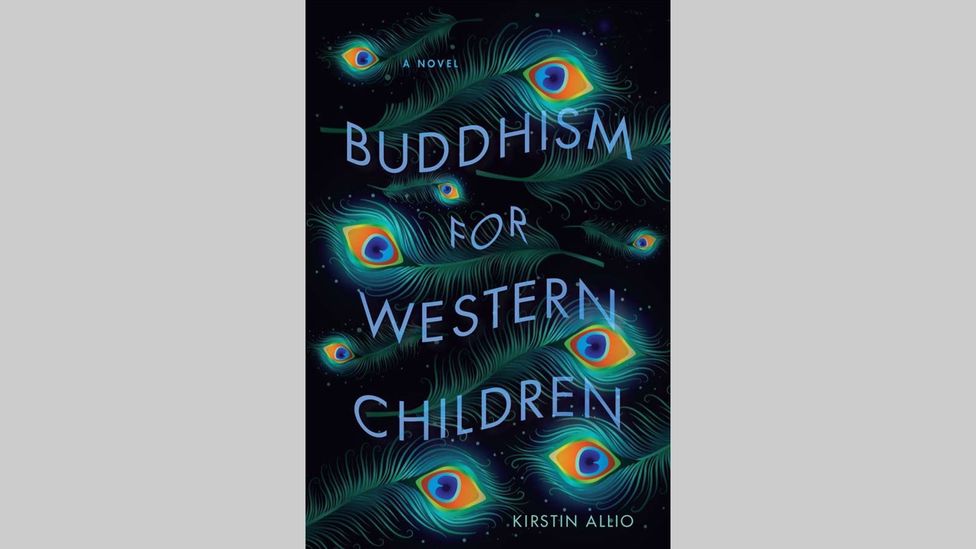 Daniel is 10 when his parents move him and his sister Violet from Halifax to Maine, where they become followers of Avadhoot Master King Ivanovich. This religious cult requires tithing, frequent fasts, and working long hours building the community. The guru enjoys multiple wives and basking in admiration during his near supernatural sermonising. In his early teens, Daniel is tapped for a special role. Renamed Jubal, he is given the job of recording the testimonials of followers, giving him access to secrets among the inner circle. He learns enough to reject the guru and flee to Santa Fe, where he works with a therapist to recover his free will. Allio’s inventive novel explores the often self-destructive susceptibility that draws followers to submit to powerful and manipulative leaders. (Credit: University of Iowa Press) 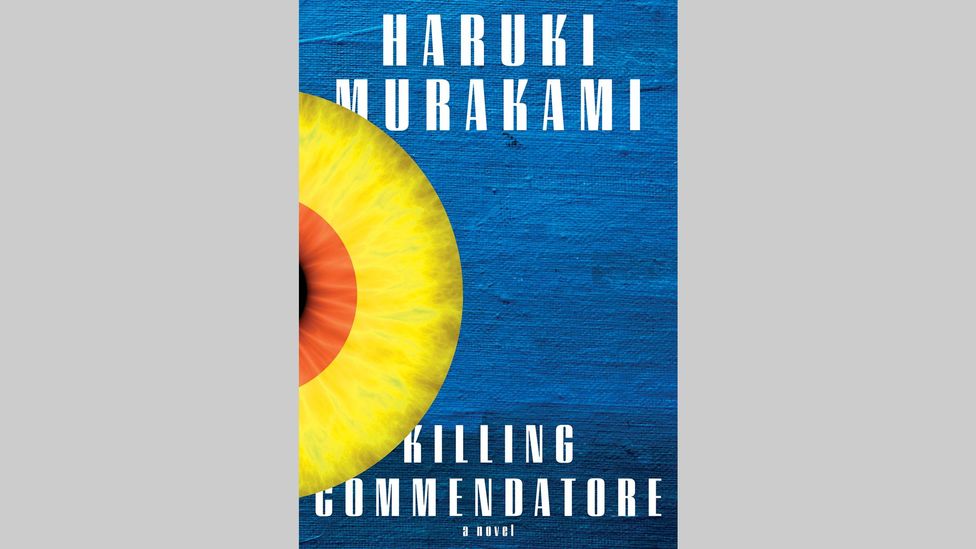 Murakami’s latest is narrated by an artist who, in the opening prologue, is visited by a faceless man who wants him to draw his portrait. But his face is only “the slow whirl of fog”. Separated from his wife, in a period of “chaos and confusion”, the artist lives in the mountains outside Odawara, in the former studio of artist Tomohiko Amada. He encounters a mysterious neighbour who lives on a mountaintop across the valley, and has affairs with two female art students. In the attic he discovers Amada’s painting Killing Commendatore – an adaptation of a scene from Mozart’s opera Don Giovanni painted in the style of 7th-Century Japan – which changes his world forever. Murakami’s pace is leisurely as he traces transformative moments in an artist’s evolution. The book is translated by Philip Gabriel and Ted Goossen (Credit: Knopf) 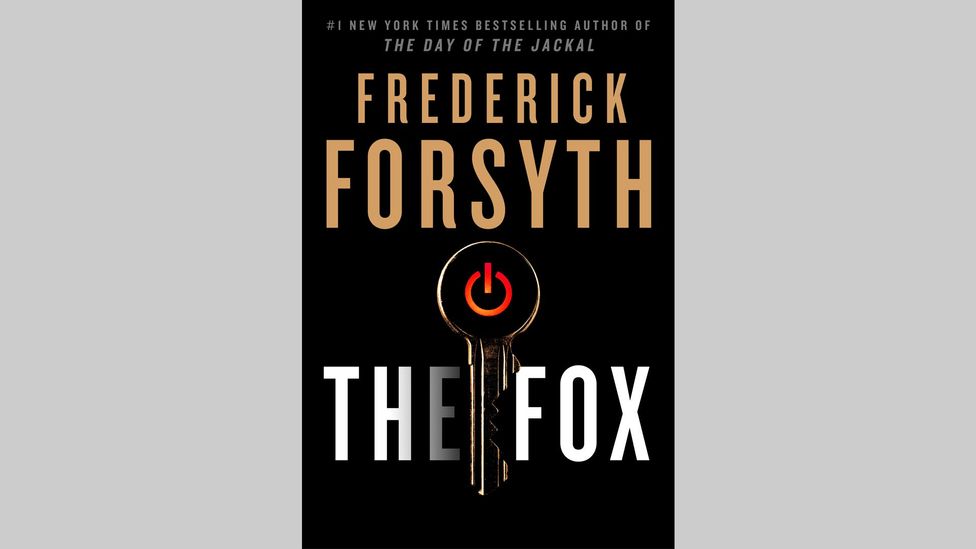 Forsyth – the winner of three Edgars and a Diamond Dagger award, former M16 spy, Royal Air Force pilot and journalist – drew upon the cyber-terrorism cases of two real-life hackers, both of whom have Asperger’s, for his latest thriller. The former chief of the British Secret Intelligence Service, Adrian Weston, is called back into action when the Pentagon, NSA and CIA are hacked. The signal tracks back to a suburb outside London; intelligence teams move in to arrest 17-year-old Luke Jennings (code name: the Fox), who has a rare gift as well as Asperger’s. Rather than prosecute, Adrian suggests to the Prime Minister that they enlist Luke’s skills to work against enemies – Russia, Iran, North Korea, for starters. The Fox is essential reading for followers of geopolitical dramas unfolding in the world today. (Credit: Penguin Random House) 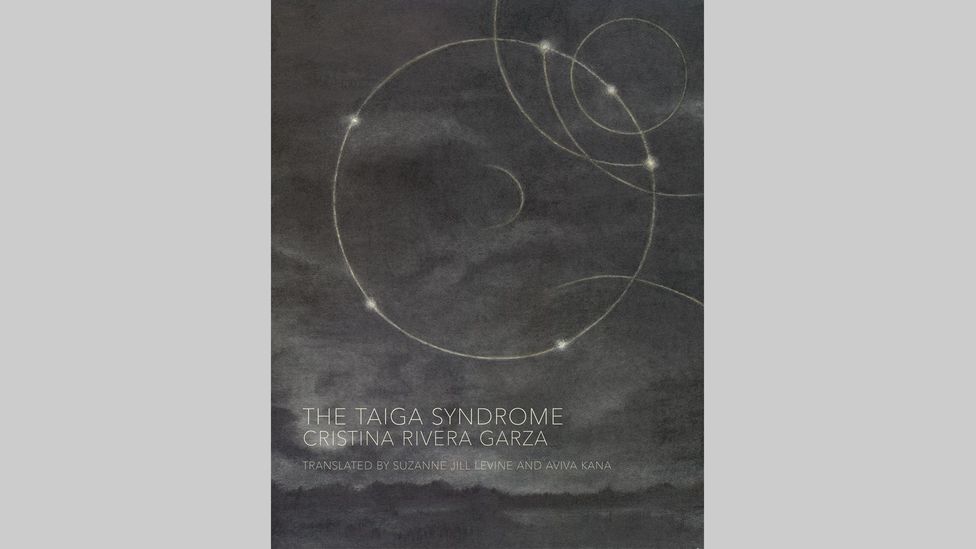 “A translator. A detective. A fugitive couple. The sound of a wolf prowling beside them.” The unnamed ex-detective who narrates Mexican author Rivera Garza’s dazzling speculative noir novel takes on what she calls the case of “the mad couple of the Taiga”, fascinated by the syndrome in which “inhabitants of the Taiga begin to suffer terrible anxiety attacks and make suicidal attempts to escape”. The man who hires her wants his second wife back. As she tracks a mysterious couple back to a hovel in a village over snow-covered trails, the universe becomes eerie and unpredictable. She encounters a feral boy, a ferocious wolf, earthy villagers and wild lumberjacks. Rivera Garza invokes Hansel and Gretel as she spins her own marvellous, beautifully written (and translated) tale. Translated from the Spanish by Suzanne Jill Levine and Aviva Kana (Credit: Dorothy: A Publishing Project) 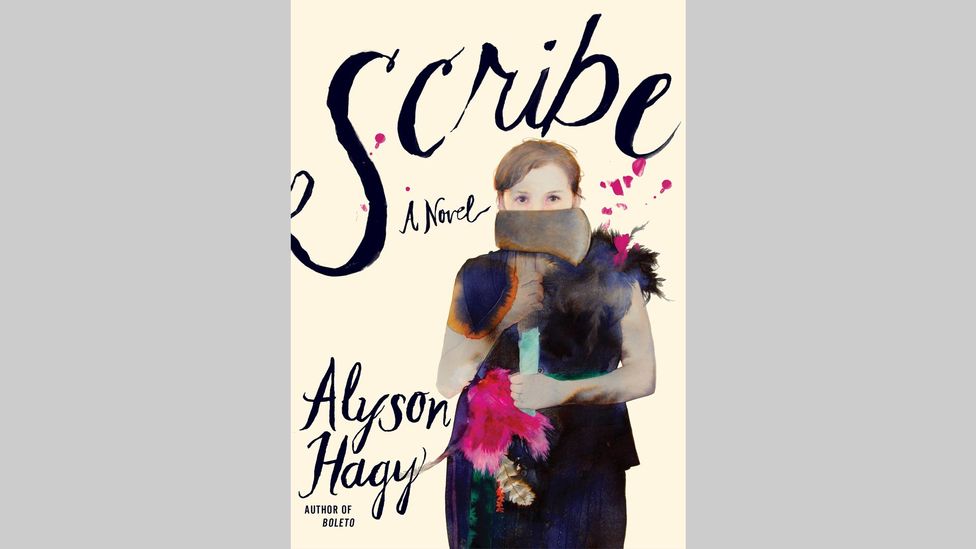 “The world she lived in had become a gospel of disturbances,” Hagy writes in the opening lines to her fourth novel, ushering us into a disrupted time, post-Civil War, post-epidemic. Her narrator lives in the remote mountains of Appalachia, in the house built by her father’s slaves, and makes her way by bartering her otherworldly letter-writing skill. A ragtag group known as the Uninvited live in her fields. The equilibrium is fragile. The arrival of a stranger who wants her to write a letter – a man she assesses as a human weed like herself, tough, quick to find territory – may tip the balance. Hagy, who was raised in the Blue Ridge mountains, draws upon folk tales and history to create her eerie, artfully etched post-apocalyptic tale. (Credit: Graywolf) 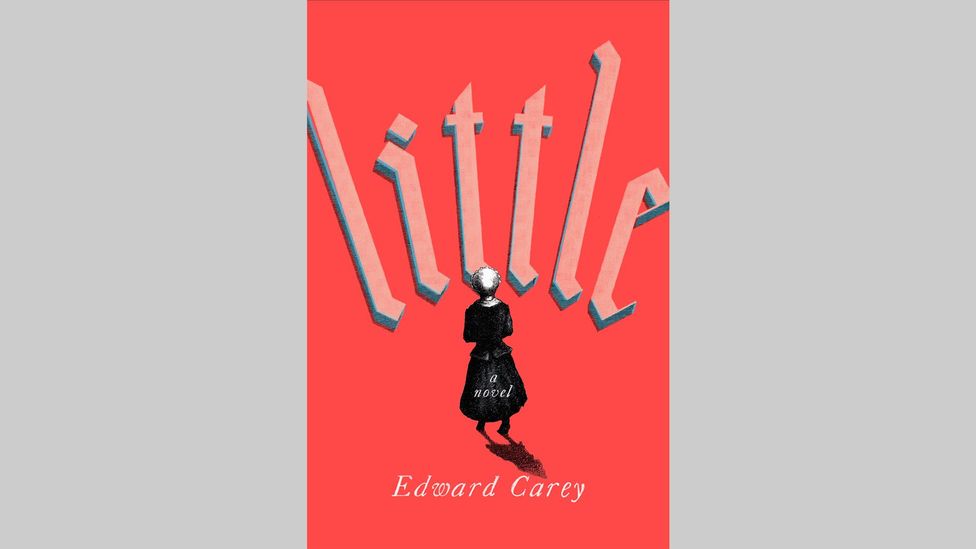 Carey creates a quirky, indelible character in “Little”, Anne Marie Grosholz, born “undersized” in 1761 in a small village in Alsace, and destined to become the artist known as Madame Tussaud. Orphaned at six, she is apprenticed to Curtius, a sculptor who develops a spectacular wax museum in Paris. Over time, Marie becomes an artist in her own right. Carey sprinkles idiosyncratic drawings throughout and folds his narrative in cunning ways, whisking Marie to Versailles as an art teacher for Princess Elisabeth, then back to Paris to witness revolutionary frenzy (under pressure, she makes a wax likeness from Louis XVI’s guillotined head). Later, as the public recoils at wax images of Marat and Robespierre, Curtius tells Marie: “Only mirrors. That’s what we do… They are ashamed of what’s in the looking-glass.” (Credit: Riverhead) 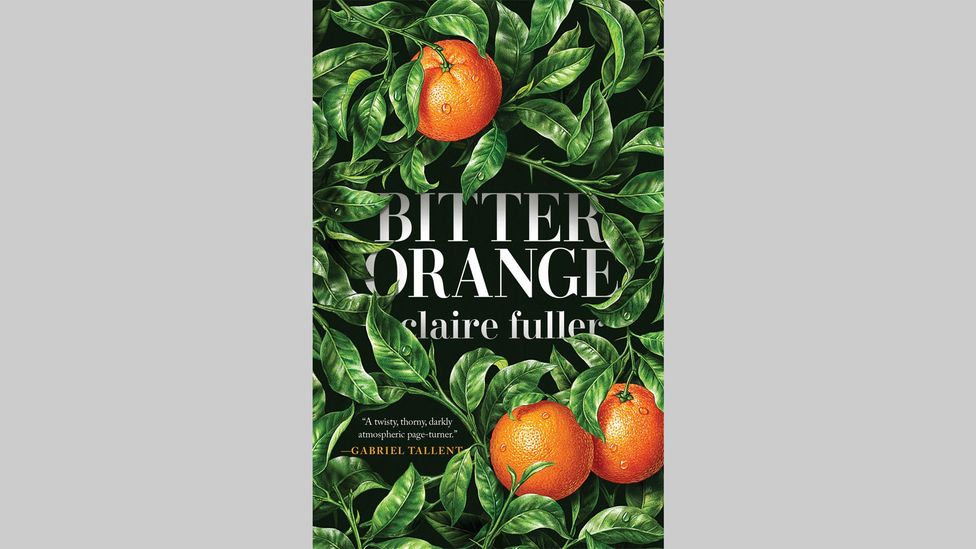 In 1969 Frances is 38, a lonely awkward woman newly independent after caring for her ageing mother for a decade. She is hired by the new owner to survey the garden architecture in a dilapidated English country mansion known as Lyntons, which is “beautiful on the surface… decaying, rotting, falling apart”. Once there, she is drawn into the orbit of Cara and Peter, a seductive couple living on the floor below. They explore the estate, and eat Cara’s elaborate meals. Frances spies on them through a judas hole in the floor of her bathroom. A bizarre love triangle evolves, punctuated by ghostly sightings. Fuller stretches the suspense to the end by setting the narrative 20 years in the future, when a dying Frances experiences “waves of memory, overlapping and merging”. (Credit: Fig Tree) 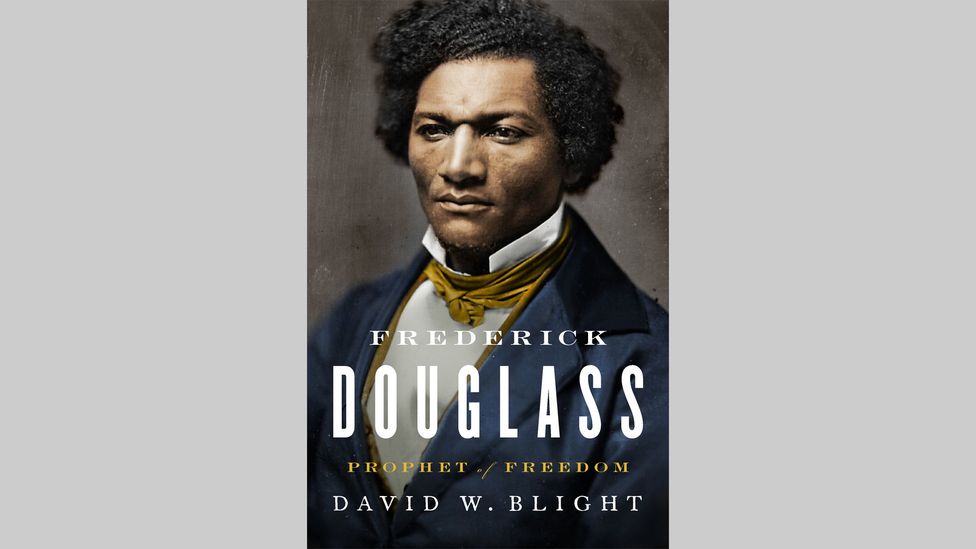 Born in Maryland to a mother he rarely saw and a father he never knew (likely his mother’s white owner), Douglass was 20 years a slave, nine years a fugitive, a charismatic public speaker and memoirist, and, after Mark Twain, probably the most widely travelled public figure of his century. Blight shows the contradictions and evolution of Douglass’s lifetime of anti-slavery activism; his relationships, from Abraham Lincoln to Ida B Wells; and his family – two wives, children and grandchildren. He draws upon new sources, including a private collection that gives insights into the last third of Douglass’s life, from Reconstruction until his death in 1895. A superlative biography of the “slave who became a lyrical prophet of freedom, natural rights and human equality”. (Credit: Simon and Schuster)