Loading
Film | The 100 greatest foreign-language films
Why are women directors ‘excluded’ from cinema history?
Share using EmailShare on TwitterShare on FacebookShare on Linkedin 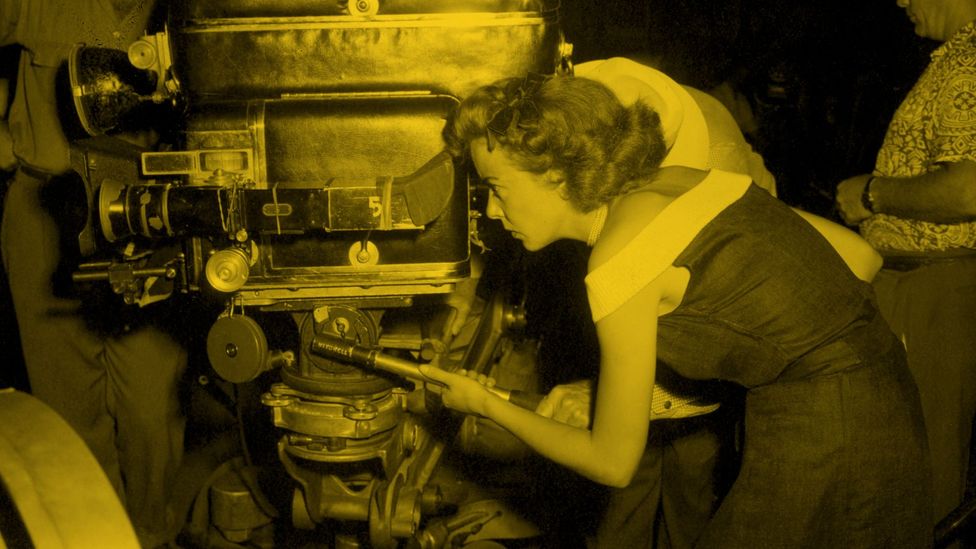 By Ana Maria Bahiana 30th October 2018
Only four of the 100 greatest foreign-language films were directed by women, according to BBC Culture’s poll. It’s evidence that men have ‘controlled most aspects of film’, writes Ana Maria Bahiana.
L

Looking at the results of BBC Culture’s world cinema poll, one element is most shocking. Two hundred-and-nine critics sent in their 10 greatest foreign-language films. Of these respondents, 94 were women – that is, 45 per cent – and yet there are only four female directors at the helm of titles in the top 100: Chantal Akerman (Jeanne Dielman, 23 Commerce Quay, 1080 Brussels), Claire Denis (Beau Travail), Agnès Varda (Cleo from 5 to 7), and Katia Lund (co-director of City of God). There are more films in the top 100 directed by men named Jean – seven films –  than directed by women.

- The 100 greatest foreign-language films
- What the critics had to say about the top 25
- The full list of critics who participated – and how they voted
- Why is Seven Samurai number one?
- 12 great foreign-language masterpieces you may not know

This troubling result puts the current conversation about the dearth of women film-makers in a wider context: by being barred from the exercise of their craft in cinema, women run the risk of being excluded from its history.

“The fact that so few directors who are women made it to the top of the poll isn’t surprising to me,” says Gabrielle Kelly, Screenwriting Faculty at AFI, and author and editor of Celluloid Ceiling: Women Film Directors Breaking Through. “Film studies have always focused on men because men have controlled most aspects of film, ever since it became a profitable business in the US, back in the early days of cinema.”

Chantal Akerman’s Jeanne Dielman, 23 Commerce Quay, 1080 Brussels is one of just four films directed by a woman in the top 100 (Credit: Alamy)

“It’s a matter of volume,” says producer Deborah Calla, Chair of the Diversity Committee of the Producers Guild of America, the West Coast Chair of Women’s Impact Network, and advisor to the Geena Davis Institute. “There are fewer films directed by women, and so there are fewer films directed by women winning awards or being picked by festivals. Women directors end up having a smaller footprint.”

Scarcity leads to invisibility, and invisibility leads to more scarcity – and thus the history of cinema comes to be written and taught with little or no women in it. “In the end, what you have is a pool of eligible films for canon fandom and financial and critical success that does not include many films directed by women,” says Heidi Honeycutt, Head of Nightfall Section, LA Film Festival. “Therefore, there are more films directed by men pulled from this pool for worldwide recognition.” 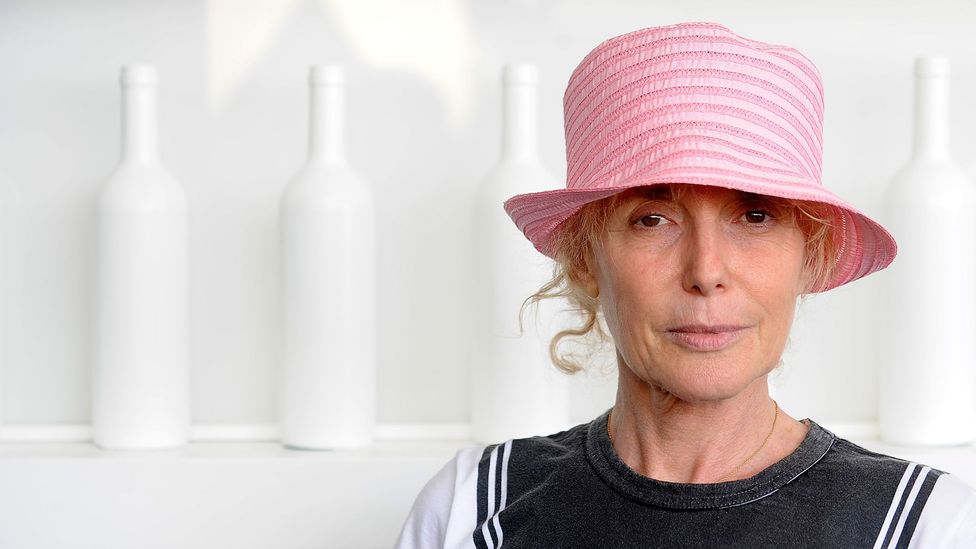 That’s one reason why polls such as this one are so important. There may not be many films by female directors in the top 100, but a glance at the critics’ ballots reveals many other great films which deserve more attention: Lucrecia Martel’s La Ciénaga (2002), an unflinching Argentinian portrait of Latin American bourgeosie; Vera Chytilová’s Daisies (1966), a Czechoslovakian feminist ode to the power of young women, promptly banned in its own country; Marjane Satrapi’s (and Vincent Paronnaud’s) animated feature Persepolis (2007), a deep, poetic reconstruction of her childhood in Tehran in a time of profound change. And there are more where those came from. Who knows how many of them will be on a list like this one in a decade or two?

Indeed, the first decades of cinema were populated by women. In late 19th-Century France, Alice Guy-Blaché became not only the first female director, but the first ever director of a narrative film. She would remain the only female director in the world until the early 20th Century, when dozens of women took to the new invention with a passion: in the US (Lois Weber, Mabel Normand, Ida May Park, Ida Lupino), in Europe (Louise Kolm-Fleck, Muriel Box, Germaine Dulac, Marie Louise Droop, Elvira Notari, Olga Preobrazhenskaia), and in Latin America (Carmen Santos, Gilda de Abreu, Mimi Derba, Adriana and Dolores Herlers, Candida Beltrán Rendón, Gabriela von Bussenius Vega).

If a woman director manages to raise financing for one film, that is usually all she gets – Deborah Calla

As cinema progressed from novelty to business, however, women were pushed off sets and out of studios. “Aside from actresses,” says Honeycutt, “women were discouraged from active roles in film-making until the 1960s shook things up through the dismantling of the studio system, the creation of new avenues of film distribution, the diminishing effects of the Hays Code, and the civil rights and women’s rights movements. Prior to that, there just weren’t any women directing anything past the 1920s. But, in general, women were not common in many affluent and highly-paid industries. They were also discouraged from, you know, being astronauts or surgeons.” 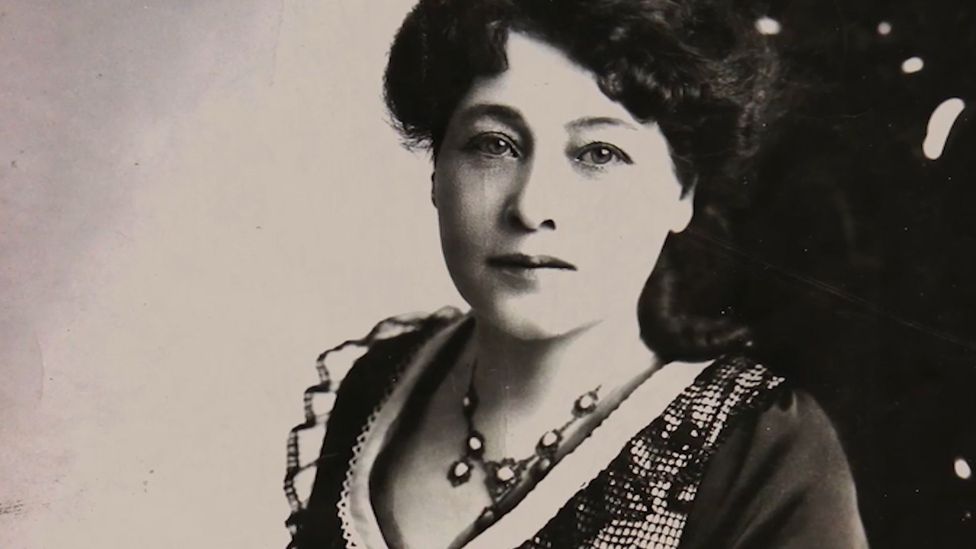 Alice Guy-Blaché was not only the first female director, but the first ever director of a narrative film (Credit: Getty)

Even the ones who managed to break through in the second half of the 20th Century came up against monumental obstacles: financing, for starters. “If a woman director manages to raise financing for one film, that is usually all she gets,” says Calla. “There are a number of statistics that substantiate that –  most women who direct one film don’t direct a second, or a third. It’s incredibly hard for a woman director to create a body of work.”

One such statistic: according to a study from the University of Southern California’s Annenberg’s Media, Diversity & Social Change Initiative, 80 per cent of female directors made only one movie in the period from 2007 to 2016, while 54.8 per cent of male directors stopped at just one film during that same period.

But this bias isn’t specific to films which aren’t in English. According to reports featured in Celluloid Ceiling, it’s actually easier for a woman director to have her film made in Iran than in the United States. “The US has a largely privatised arts industry that is closed off to most people,” says Honeycutt. “In most other first-world nations, there are government-sponsored film and arts grants that empower citizens to make films without the barrier of corporate gate-keeping. Women have a distinct opportunity in these nations that they just don’t have in the United States.”

There’s a long road ahead, but things are beginning to improve for female film-makers. In his passionate 2012 reappraisal of Agnès Varda’s Cléo from 5 to 7, Roger Ebert writes: “Varda is sometimes referred to as the godmother of the French New Wave. I have been guilty of that myself. Nothing could be more unfair. Varda is its very soul, and only the fact that she is a woman, I fear, prevented her from being routinely included with Godard, Truffaut, Resnais, Chabrol, Rivette, Rohmer and for that matter her husband Jacques Demy."

But that is changing. In the last decade, Varda has received numerous prizes. In 2017 she was given an honorary Academy Award, making her, incredibly, the first ever female director to be lauded by the Oscars in this way. And Cléo from 5 to 7 is at number 44 on BBC Culture’s list. 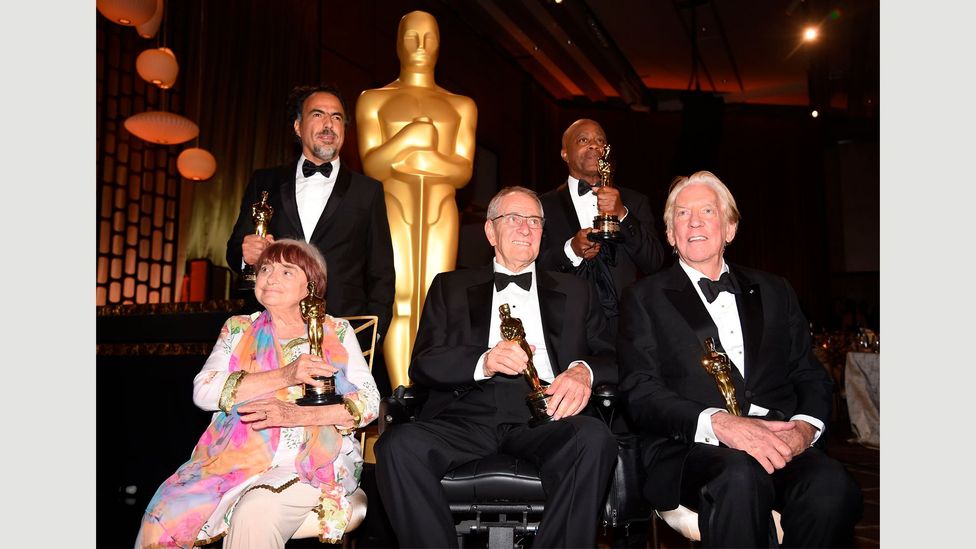 “I think that what we are experiencing today, with #MeToo, #EqualRights, #GenderEquality, and #EqualPay, among many other movements and a societal movement in general, is the true rise of female power in all facets of life around the world,” says Randy Greenberg, the producer of The Meg, and the former head of Universal Pictures International. And maybe BBC Culture’s top 100 will encourage that rise: its lack of female directors is proof that women have, for too long, been overlooked on sound stages and in film studies classes alike.

“We are on the cusp of great change, not just in Hollywood and the West, but worldwide,” adds Kelly. “We are half the world and we need to tell at least half the stories because up until now we have been hugely outnumbered. The exclusion is systemic, and the change will not be easy, but it is happening. I look forward to a time when it isn’t an issue and a director doesn’t need the prefix ‘woman’ in front of that title.”

- The 100 greatest foreign-language films
- What the critics had to say about the top 25
- The full list of critics who participated – and how they voted
- Why is Seven Samurai number one?
- 12 great foreign-language masterpieces you may not know