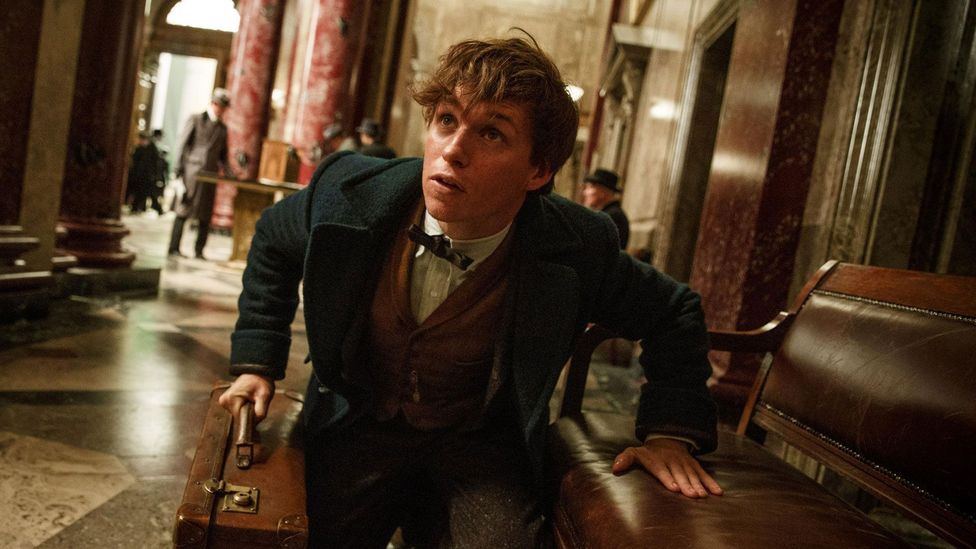 By Nicholas Barber 9th November 2018
The sequel to Fantastic Beasts and Where to Find Them is a grand achievement in many ways, writes Nicholas Barber. But it’s also an ‘ultimately numbing sprawl that seems to drag on forever.’
C

The sequel to 2016’s Fantastic Beasts and Where to Find Them – or, depending on how you look at it, the prequel to the Harry Potter series – overflows with imagination and technical, well, wizardry. The cutting-edge digital effects allow every last prop to move and metamorphose with balletic grace; Stuart Craig’s production design is, as ever, a marvellous survey of historic architectural styles, and the dresses are so fabulous they overshadow the elves and dragons. An accompanying book of photos and sketches would be something to treasure. And the film itself, directed by Potter regular David Yates, is a grand achievement in many ways. But it’s also an unfocused, overwhelming and ultimately numbing sprawl that seems to drag on forever.

It has about 15 subplots but no discernible plot

What’s worse is that Fantastic Beasts has the same dark and stormy mood as Warner Bros’ other live-action blockbuster franchise, its DC superhero movies. It’s a bleak catalogue of death, destruction and despair, with a colour palette ranging all the way from grey to black. This joyless tone is established in the opening sequence, in which we meet the wicked Grindelwald (Johnny Depp), a proto-Voldemort who wants witches and wizards to rule over us muggles. Grindelwald is locked up in America’s Ministry of Magic in New York in 1927, shortly after the events of the last film. But he’s due to be moved from one top-security cell to another in a different town. And as anyone who has ever seen a horror film or a gangster movie will know, that means that he is 100 per cent guaranteed to escape en route. And escape he does. In an exciting, vertigo-inducing aerial set-piece soundtracked by roaring thunder and a rumbling orchestral score, Grindelwald murders his guards – and here it really is more like a horror movie than a children’s movie – and flies off into the night.

Oddly for a film with the subtitle The Crimes of Grindelwald, though, that’s about it as far as Grindelwald’s crimes are concerned. As played by Depp with corpse-like pallor and a Johnny Rotten hairdo, Grindelwald is a suitably creepy, vampiric presence, but he doesn’t do much except muttering about a potential war between wizards and muggles. And as this war was never mentioned in any of the Harry Potter novels, we know for a fact that it won’t happen.

Still, his escape from New York to Paris is enough to lure the other characters to France. Principally, there is Newt Scamander (Eddie Redmayne), a man so shy that he mumbles his lines into the lapel of his Sherlock Holmes overcoat. Back in London after his New York escapades in the last film, Newt visits the British Ministry of Magic where his brother Theseus (Callum Turner) works as an Auror (a wizard detective). There, Newt is instructed to go to Paris to find the dangerously powerful Credence Barebone (Ezra Miller), a character who, much like Kylo Ren in the most recent Star Wars films, is torn between the light and dark sides of the Force.

Newt chooses not to accept this mission. He says he’d rather look after his magical flora and fauna – and, in the case of his Baby Groot-like pet beansprout, his magical flora which is also magical fauna. But then someone else asks him to Paris – specifically, his favourite teacher from Hogwarts, Albus Dumbledore (Jude Law). In a film that is generally as cheery as a documentary about deforestation in the Amazon, Law’s Dumbledore is a welcome bright spot: his kindly smile and avuncular manner are a tonic, and when he’s shown teaching at Hogwarts, the green grass surrounding the school is a bracing contrast to a colour scheme that otherwise matches the contents of a goth’s laundry basket. Dumbledore also supplies the film’s most tantalising mystery: when will he change from being a dapper gent in a three-piece suit, as he is in the 1920s, to being a hippy in floor-length robes, as he is when Richard Harris and Michael Gambon play him during Harry Potter’s schooldays? How old will he be when he looks in the mirror one morning and says, forget it, I’m the headmaster, if I want to go to work in my dressing gown and nightcap, who’s going to stop me?

Anyway... back to Newt. In an example of Rowling’s insistence on making every narrative element as convoluted as possible, he turns down Dumbledore’s request that he go to Paris, just as turned down the Ministry’s request that he go to Paris. It’s not until he meets his old buddies from the previous film, Jacob (the likeable Dan Fogler) and Queenie (Alison Sudol, impersonating Marilyn Monroe) that Newt has a brilliant idea: he’ll go to Paris.

He’s not the only one. Also teleporting across the English Channel are Newt’s old flame and US Auror, Tina (Katherine Waterston); his conflicted schoolmate Leta Lestrange (Zoe Kravitz); a woman who can turn into a snake (Claudia Kim); and many, many more. Just when you think you’ve got a handle on the cast, Fantastic Beasts will introduce some new characters to the crowd, and then flash back to those characters’ early lives. It’s a film with about 15 subplots, but no discernible plot. As it meanders from Paris to Hogwarts, from the present to the past, it abandons key characters for 10-minute stretches, and by the time it returns to them – they’re usually standing on a rooftop – it’s difficult to remember where they were the last time you saw them. The momentum never picks up. Late in the day, Newt’s duck-billed mole (or whatever it is) does something crafty, but apart from that there’s a marked absence of cunning plans and heroic acts. If you’ll excuse the pun, everyone just potters around. And there is no resolution whatsoever: after all, there are three more films in the series to go – and, knowing Rowling’s profligate creativity, there will probably be another five-film series to follow.

In the meantime, hardcore Potterheads will enjoy all the little ways in which Rowling joins the dots between Fantastic Beasts and the original Harry Potter stories. There are plenty of references to familiar characters and dynasties if that’s what you’re after. But if you’re not a Potter obsessive and you’re not enchanted by these footnotes, you’ll want to know why a family blockbuster about wizards should be incapable of conjuring up more than half a dozen smiles.