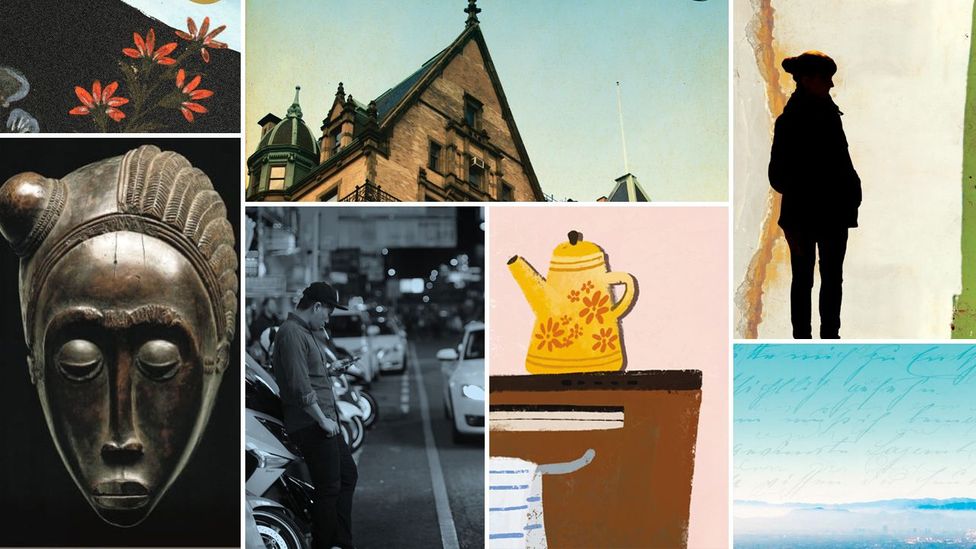 By Jane Ciabattari 28th November 2018
From a witty father-son romp set in late-1970s New York to a wine-writing anthology and a story of survival in exile, some reading ideas for this month. 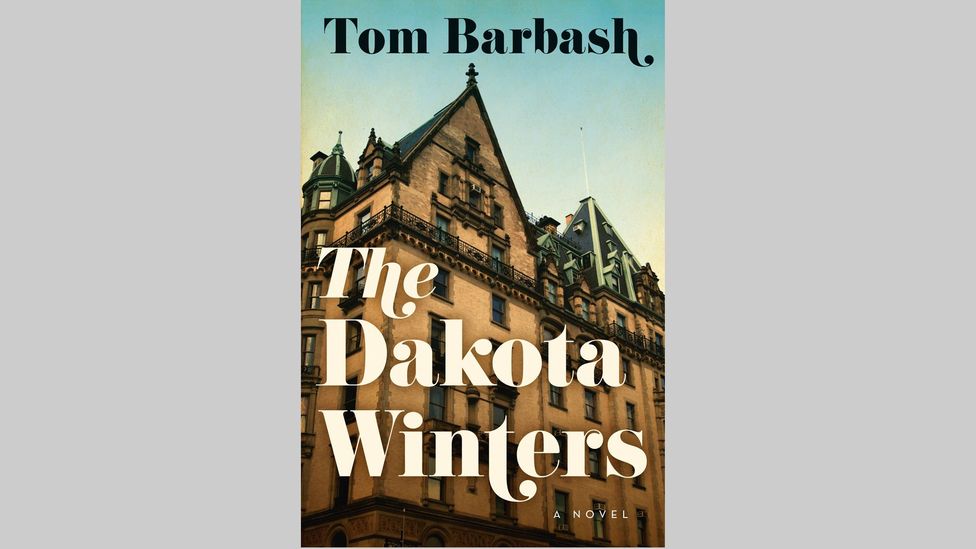 This witty and touching father-son romp through fame-glossed 1979 New York is set in the Dakota apartments on Manhattan’s Upper West Side. When Anton Winter returns from the Peace Corps in Gabon to recover from malaria, his father, legendary comedian and talk-show host Buddy Winter, is unemployed after having had a career-shattering on-air meltdown. “My return was an erasure,” Anton muses. “All my stories were swallowed up by Buddy.” Spending days together and travelling, the two hatch a comeback plan that may tie Anton to his father’s future. Neighbour John Lennon latches on to Anton as a sailing instructor, taking him on a storm-tossed “magical mystery” trip to the Bermuda Triangle. Barbash balances light-hearted banter with a shocking punch at the end of this engrossing and cautionary exploration of celebrity. (Ecco) 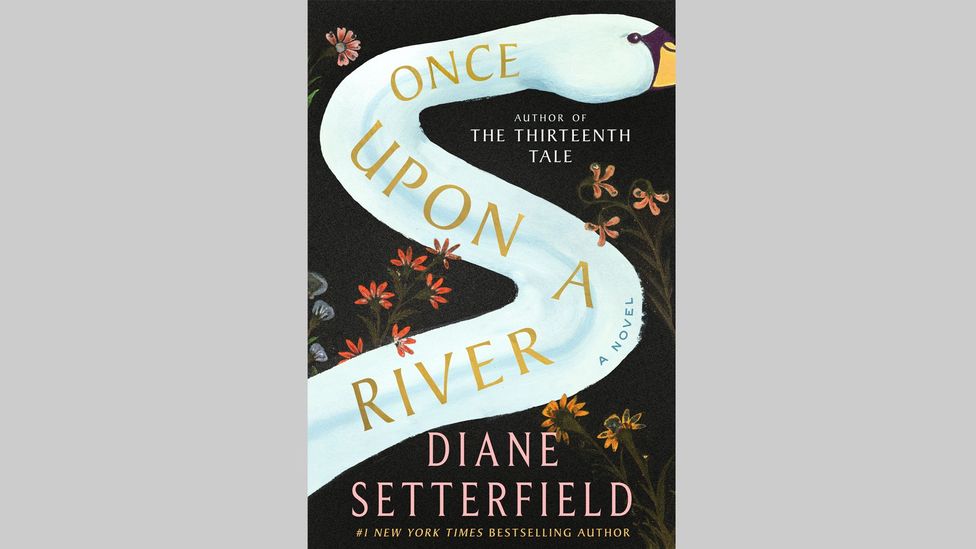 Diane Setterfield, Once Upon a River

It’s winter solstice night at The Swan, an ancient inn on the bank of the Thames at Radcot with a storytelling tradition that began in 1387. The door opens, and in staggers an injured stranger with a little girl in his arms. His boat wrecked at Devil’s Weir. The stranger is Henry Daunt of Oxford (he’s based on a real photographer known for his Victorian images of the river). The little girl seems dead, but comes back to life. Who is she? Setterfield’s plotline meanders like the Thames, pulling in characters from tributaries along the river’s length. Her magical, lyrical tale, filled with quests and questions, focuses on the mystery girl like the storytellers at the Swan: “Unknowable, ungraspable, inexplicable, still one thing was plain: she was their story.” (Simon & Schuster) 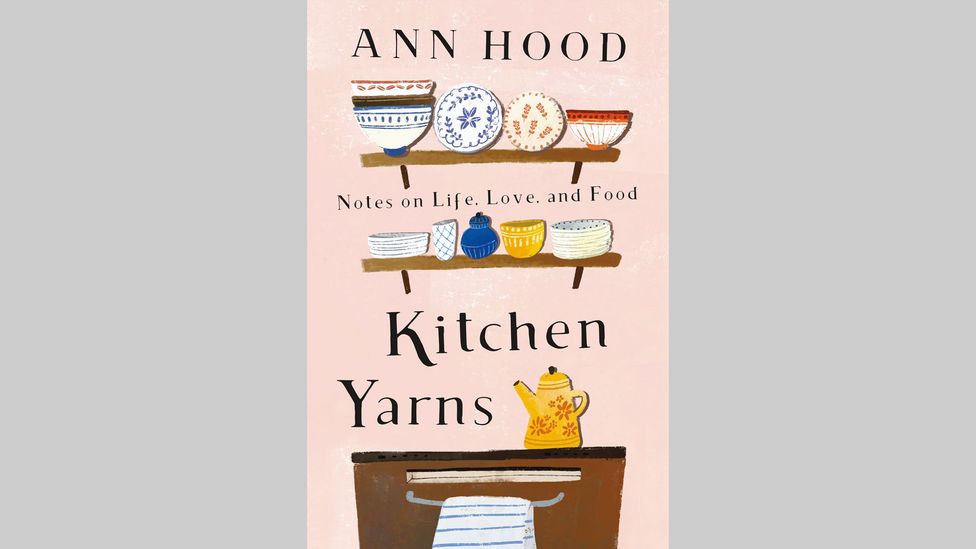 Growing up in “a big, noisy family, in rooms overflowing with people and food”, novelist Hood savoured her Italian grandmother Rose’s polenta with kale, tomato sauce, meatballs and Christmas antipasto. In 27 essays, Hood connects food with memory in delicious ways. She taught herself to cook while working as a TWA flight attendant, and bolstered her repertoire with recipes from the Silver Palate cookbook (Chicken Marbella became her fail-proof dinner-party dish). She describes the soft food (French scrambled eggs) she made for her son, who calls her for recipes as an adult, and the lessons (overnight chicken stock) she learned from her second husband, an award-winning chef. The stand-out: novelist Laurie Colwin’s Tomato Pie, with a flashback to Colwin and Deborah Eisenberg reading at a Greenwich Village bookstore. (Norton) 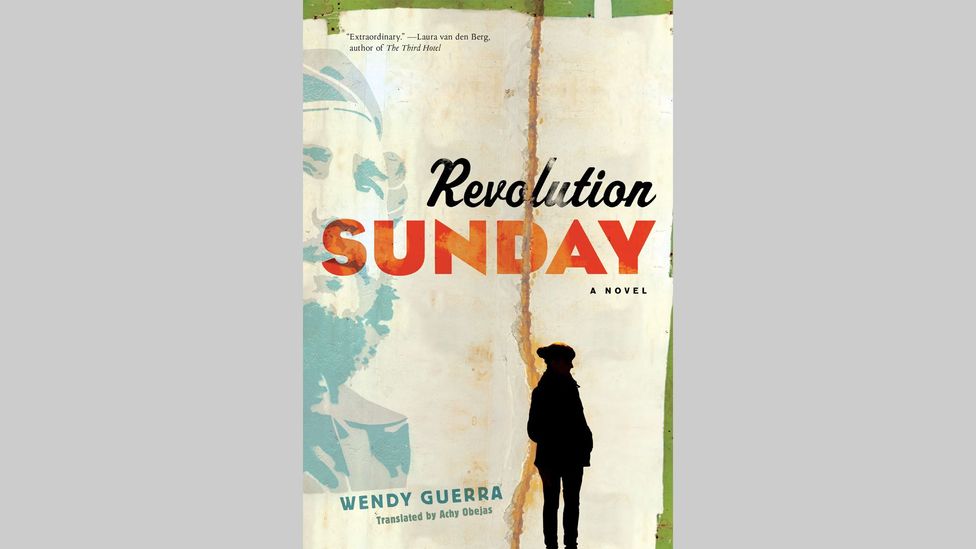 Cleo is stranded in Havana, isolated after her parents die in a suspicious car accident. “I live in this promiscuous, intense, reckless, rambling city where privacy and discretion, silence and secrets, are almost a miracle,” she muses. Cleo wins a Spanish prize for her poetry collection, Before Suicide, then travels abroad – and the secret police classify her as a dissident. Geronimo, a Nicaraguan-born movie star, appears at her door one summer night to seduce her into letting him film her story, opening doors to her parents’ secrets. In Cleo, Guerra – whose work is banned in Cuba – has created a hyper-alert guide to the surreal underworld inhabited by Cuba’s artists and writers, who are subject to multiple levels of surveillance, from invisible to antagonistic to explosive. Revolution Sunday is a sensual, atmospheric nightmare. The book is translated from the Spanish by Achy Obejas. (Melville House) 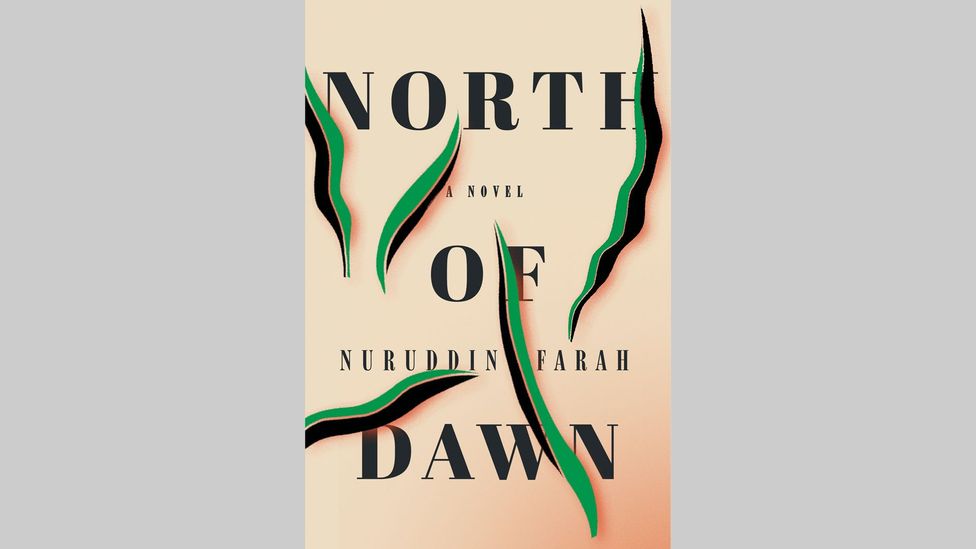 The award-winning Somali novelist’s resonant new novel is a nuanced and compassionate tale of a community caught between “a small group of Nazi-inspired vigilantes” and a small group of radical Muslims. Farah opens in 2009 Oslo with a crisis. Somali immigrants Mugdi, a former diplomat, and his wife Gacalo, learn that their alienated son, who left Norway to join the terror group Ashabaab, has died in a suicide bombing. They help his widow relocate to Oslo. A strict Muslim, she doesn’t want her children to assimilate. Her 12-year-old son rebels, and her increasingly radical behaviour endangers her in-laws. The teenage Somali-Norwegian daughter of a friend is killed in Anders Behring Breivik's attack in 2011. “When elephants get into a wrestling match, it is the grass that suffers,” Farah writes. (Riverhead) 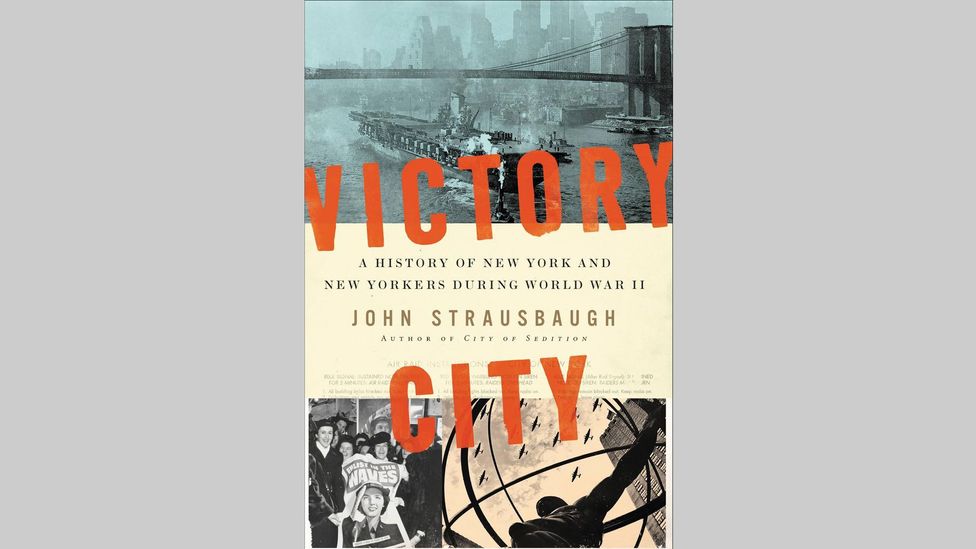 Victory City captures New York at the height of its power and glory. Strausbaugh begins with the 1939 World’s Fair in Queens, which lasted for several months under the cloud of Hitler’s invasion of Austria, Czechoslovakia and Poland. He concludes with the first gathering of the United Nations in 1946. New York’s political clout in Washington was greatest during this period, Strausbaugh notes. He gives a set of fast-moving, vivid vignettes of the colourful leaders of the time – President Franklin Delano Roosevelt (a New Yorker), Mayor Fiorello La Guardia, Albert Einstein, Kurt Weill, Ben Hecht, Walter White, Sidney Hillman. Fuelled by a flourishing economy as other world capitals dug out from the war, New York emerged at mid-Century as “The Wonder City,” the world’s intellectual and art capital. (Twelve) 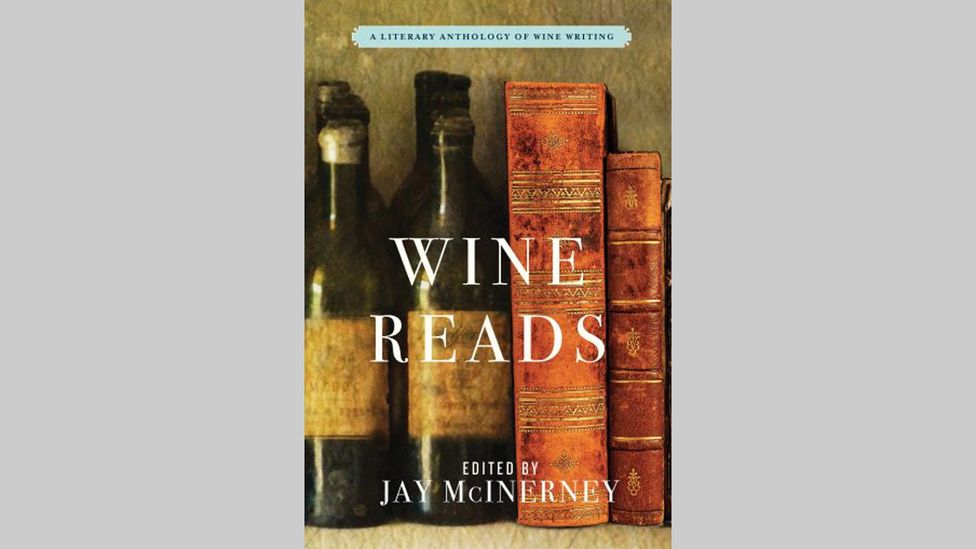 Hemingway’s The Sun Also Rises inspired novelist and award-winning wine writer McInerney. “I wanted to write like Hemingway and drink like Jake Barnes,” he writes. Brideshead Revisited, with its “semi-delirious wine commentary,” also was an influence, he notes in the introduction of this beguiling anthology, intended to “pair well with anything from a young Muscadet to an old Burgundy”. He includes essays by Eric Asimov, Bill Buford, MFK Fisher, Jim Harrison, A J Liebling, Kermit Lynch, and Auberon Waugh. There are surprises in the mix: Roald Dahl’s 1945 story Taste, in which a sly gourmet bets he can identify his host’s claret; a wine-tasting excerpt from Rex Pickett’s 2004 novel Sideways, the basis for the award-winning film; Joseph Wechsberg’s mid-Century meditation, Afternoon at Chateau d’Yquem, and McInerney’s boisterous Billionaire Winos. (Grove Atlantic) 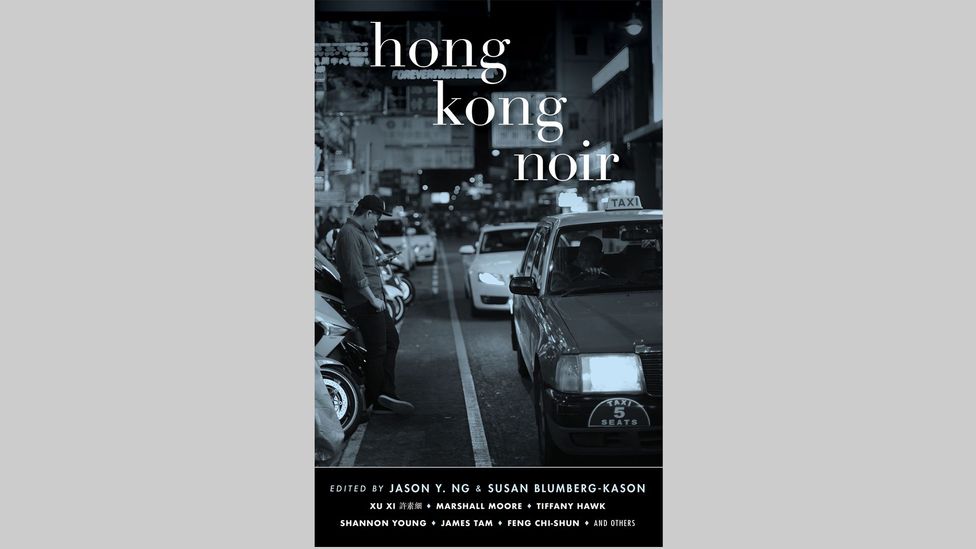 The history of Hong Kong, once a fishing village, encompasses piracy, the opium trade, prostitution, corruption, espionage and revolutionary plots; grist for the 14 dark tales in Hong Kong Noir. Xu Xi’s story is narrated by the ghost of a bar girl at Seven Sisters, a young girl sold by her father at the age of 12. In Feng Chi-Shun’s story, a 16-year-old who had an early lesson in life from her uncle (“sex pays”) is drawn into an extortion ring in which she is the bait. Returning to his home in Cheung Chao, known as “Suicide Island”, Marshall Moore’s narrator discovers a sinister and lucrative family secret. Shannon Young writes of a novice reporter who invents a sensational story to explain blood found on Hong Kong’s iconic Pottinger Street steps. (Akashic Books) 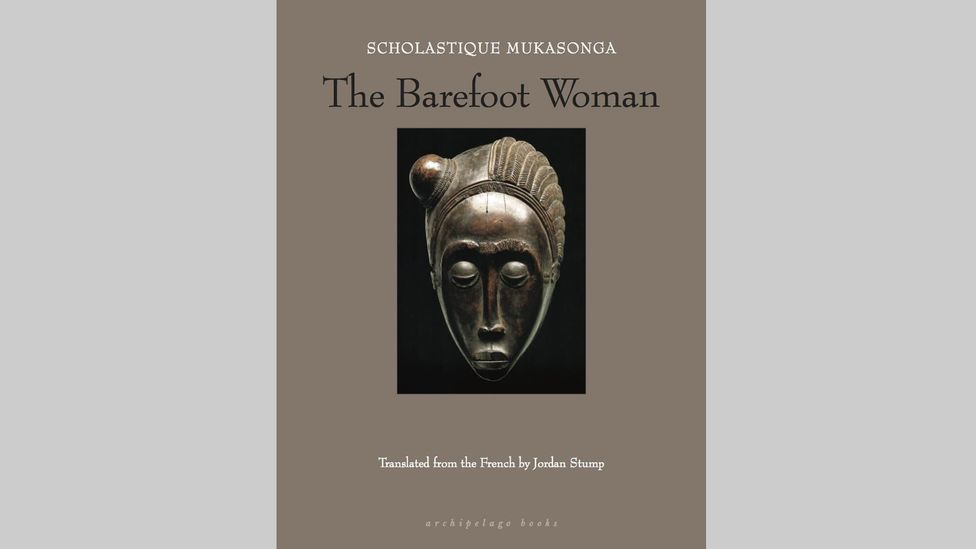 Thirty-seven members of award-winning novelist Mukasonga’s Tutsi family were killed by Hutus in the 1994 Rwandan genocide. She was the only survivor. Her new memoir focuses on her mother Stefania, whose primary emphasis was on saving her children from those who considered Tutsis “cockroaches”, coming up with survival strategies, hiding places, paths to safety. Mukasonga describes Stefania’s daily life in Rwanda, and in various lands of exile, hoe in hand, tilling the soil, sowing, weeding, harvesting in cycles of beans, corn, and sorghum. It’s a way of life now gone. The Barefoot Woman is a tribute born of the horror of her mother’s “poor remains dissolved into the stench of the genocide’s monstrous mass grave”, crafted by a daughter who hopes that her “sentences weave a shroud for [her] missing body.” The book is translated from the French by Jordan Stump. (Archipelago Books) 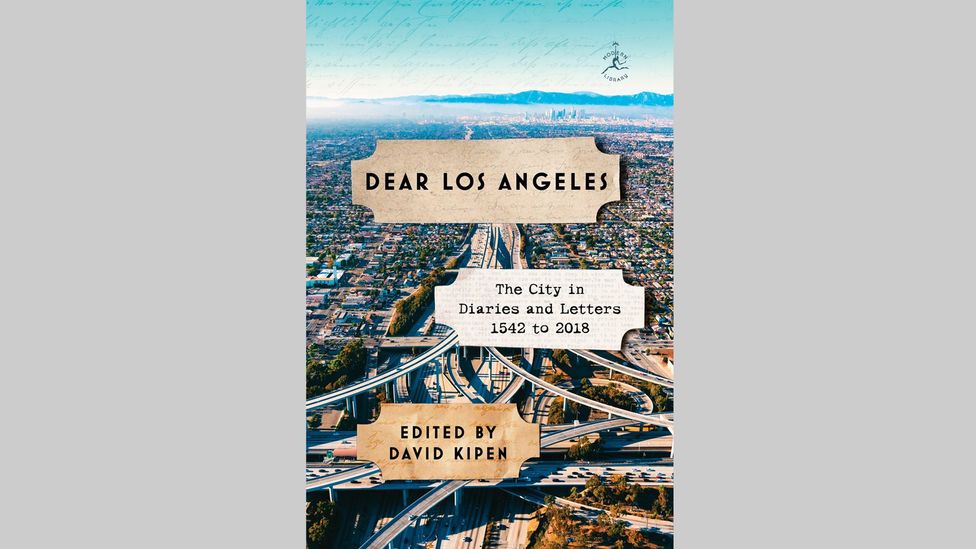 Kipen’s compendium of diaries and letters telling the story of Los Angeles offers a chorus of voices spanning seven centuries. The earliest is a 1542 journal entry from Spanish explorer Juan Cabrillo, who encounters “some Indians captured in a canoe”. The most intriguing offerings chronicle Hollywood. PG Wodehouse, 1931: “They keep writers in little coops out here, and sometimes it is months before the writers can find out who hired them and why.” In 1932, novelist Dawn Powell describes dinner in Santa Monica as “jolly, futile, childish fun”. Langston Hughes, in 1940: “I do not enjoy this collective way of writing…” F Scott Fitzgerald, in 1938: “Can’t producers be wrong? I’m a good writer – honest.” And James Dean, 1954: “I don’t like it here. I don’t like people here.” (Modern Library)