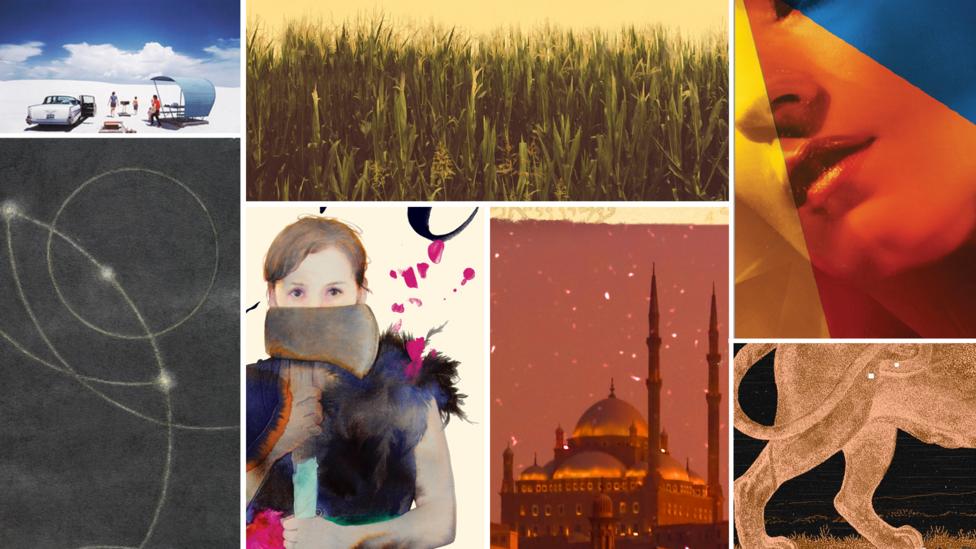 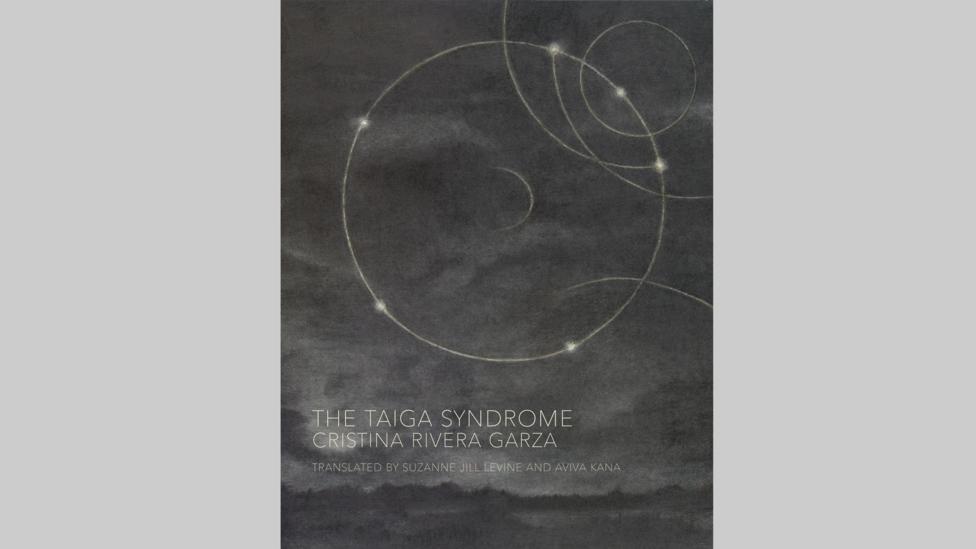 “A translator. A detective. A fugitive couple. The sound of a wolf prowling beside them.” Innovative Mexican author Rivera Garza’s dazzling speculative noir novel is narrated by a woman hired to find a man’s missing second wife. She is drawn into the case of “the mad couple of the Taiga”, fascinated by the syndrome in which “inhabitants of the Taiga begin to suffer terrible anxiety attacks and make suicidal attempts to escape”. As she tracks the mysterious couple over snow-covered trails in the boreal forest, the universe becomes eerie and unpredictable. She encounters a feral boy, a ferocious wolf, earthy villagers and wild lumberjacks. Rivera Garza invokes Hansel and Gretel as she spins her marvellous, atmospheric tale. Translated from the Spanish by Suzanne Jill Levine and Aviva Kana. (Credit: Dorothy: A Publishing Project) 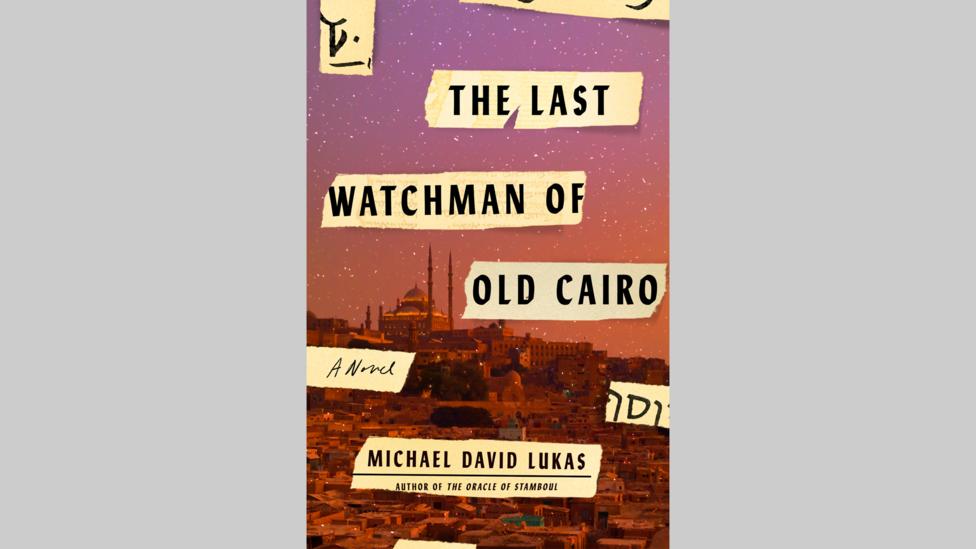 Lukas unspools three narratives seamlessly in this compassionate and illuminating novel. He bridges cultures as he traces generations of the Muslim family who guarded Old Cairo’s Ben Ezra Synagogue for nearly 1,000 years. He begins with Ali, the orphan who becomes the first watchman. He follows twin British widows Agnes and Margaret, who travel to Cairo in 1897 in the hope of bringing back to Cambridge the Ezra scroll, “which contained a magic so powerful it could not be spoken”. At the centre of the book is Yusef al-Raqb, a Berkeley graduate student, son of a Jewish mother, who travels to Cairo after the death of his Muslim father. In his quest for the Ezra Scroll hidden in the attic of the synagogue, Yusef discovers his future. (Credit: Spiegel & Grau) 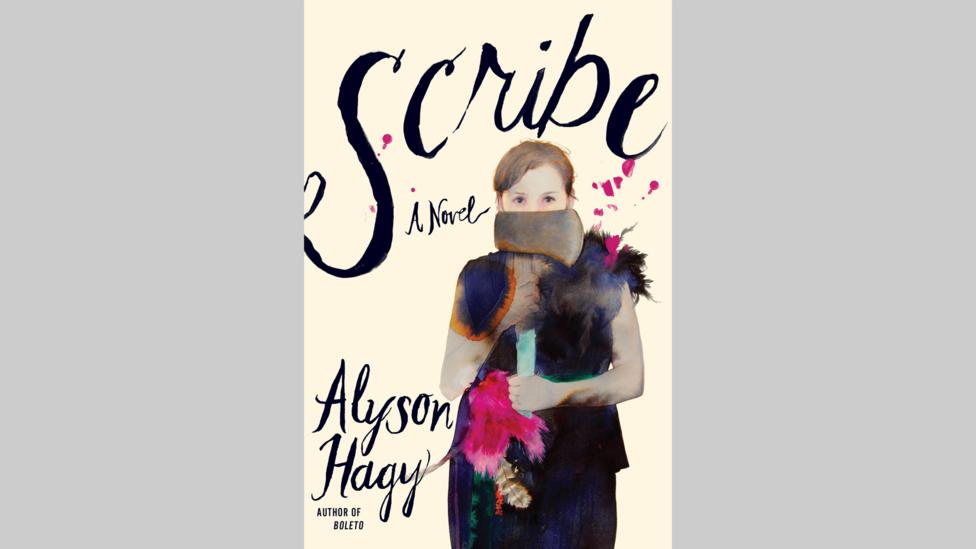 “The world she lived in had become a gospel of disturbances,” Hagy writes. These opening lines usher us into a disrupted time: after a brutal civil War and an epidemic. Her narrator lives alone in the remote mountains of Appalachia, in the house built by her father’s slaves. She makes her way by bartering her otherworldly letter-writing skill. A ragtag group known as the Uninvited lives in her fields. The equilibrium is fragile, with violence always on the periphery. The arrival of a stranger who wants her to write a letter – a man she assesses as a human weed like herself, tough, quick to find territory – may tip the balance. Hagy, who was raised in the Blue Ridge Mountains, draws upon folk tales and history to create her eerie, artfully etched post-apocalyptic tale. (Credit: Graywolf) 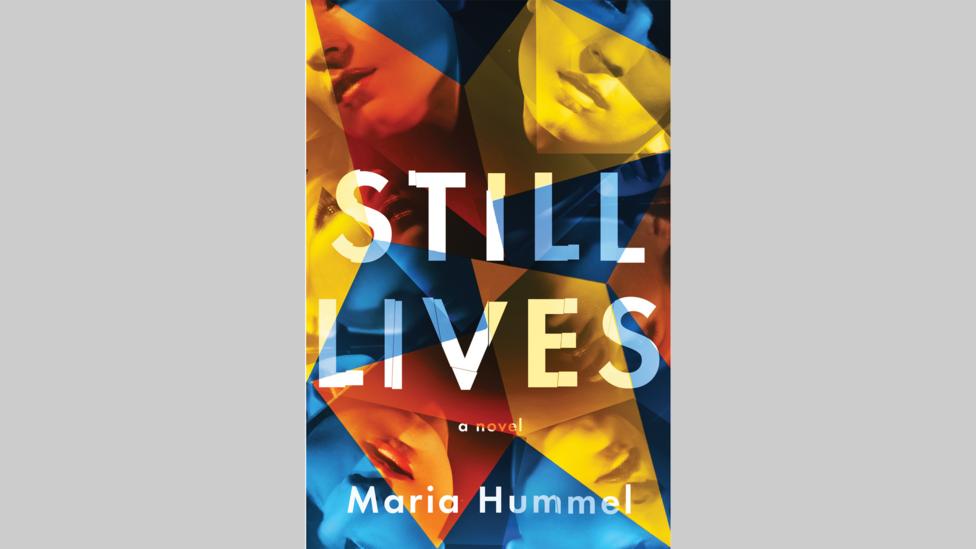 Hummel’s new novel displays her genius for layering levels of meaning, and her sophisticated sense of the mercurial, sometimes corrupt art world, from dealers to wealthy patrons – including those so secretive they want to purchase work (and drive up an artist’s worth) without leaving a trail. The mystery begins when Kim France, a provocative feminist artist, doesn’t show up at Los Angeles’ Roque Museum for the opening night of her new exhibition, called Still Lives – self-portraits in which she portrays female murder victims, including the Black Dahlia. Is it a sly performative gesture? Or something more sinister? Maggie, our guide into this convoluted world, works at the museum. Her boyfriend, a gallery owner, has recently left her for Kim France. Maggie’s stake in this story makes for unrelenting suspense. (Credit: Counterpoint) 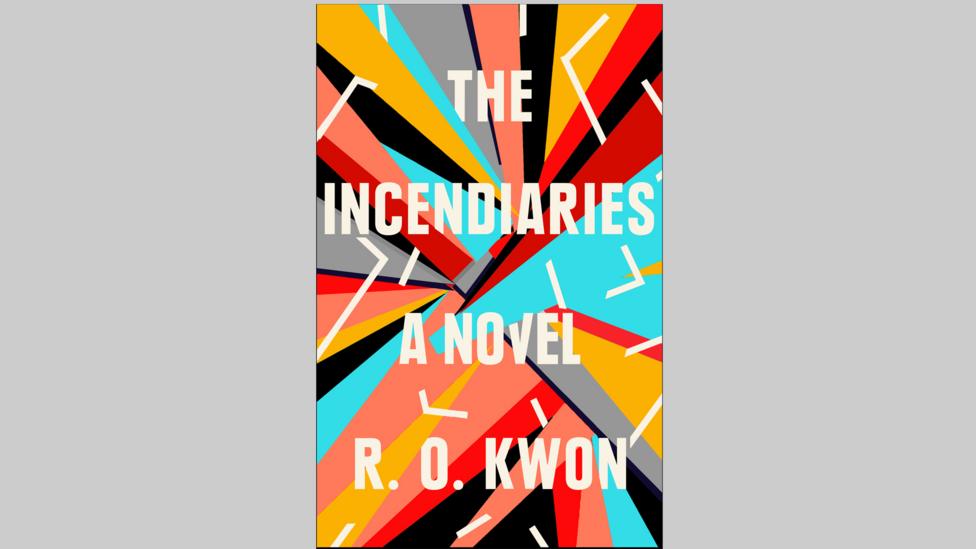 Kwon’s finely polished first novel is an explosive mix, tracking the evolution of a cult that turns to violence, bombing abortion clinics. The plot revolves around three undergraduates who meet at Noxhurst College – Phoebe, a once aspiring piano virtuoso; Will, a transfer student from a California religious college, and John Leal, who has returned to Noxhurst after living in Yangi, a Chinese city near North Korea. There, he worked as an activist for a US group helping North Koreans defect. Abducted by North Korean spies, he was taken across the border to a gulag, where he witnessed many horrors, then released after five months. As the three classmates gather for parties and drinks, Will is drawn to Phoebe, but John Leal is pulling her away – toward something sinister. (Credit: Riverhead) 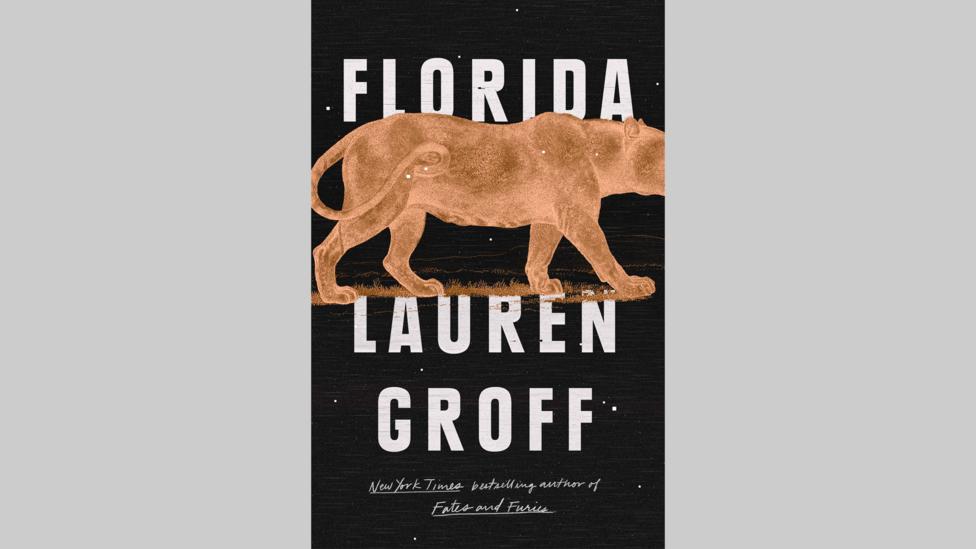 Florida is a “damp, dense tangle. An Eden of dangerous things,” writes Groff. Her dazzling new collection of stories offers a sensual, ambivalent portrait. Florida is a nightmare. It’s a fairy tale. It’s a place where two young sisters are abandoned on an island like Robinson Crusoe, the older keeping fierce watch over the younger. And where the spectre of a Florida panther terrifies a woman stranded in an old hunting camp with her young sons. In one story a woman’s husband and sons head out on a stormy Halloween without her; she’s forlorn because she’s been rejected by her best friend. “What is it about me that people need breaks from?” she asks the dog. During one frazzled mother’s night-time walks, “the neighbours’ lives reveal themselves, the lit windows domestic aquariums.”(Credit: Riverhead) 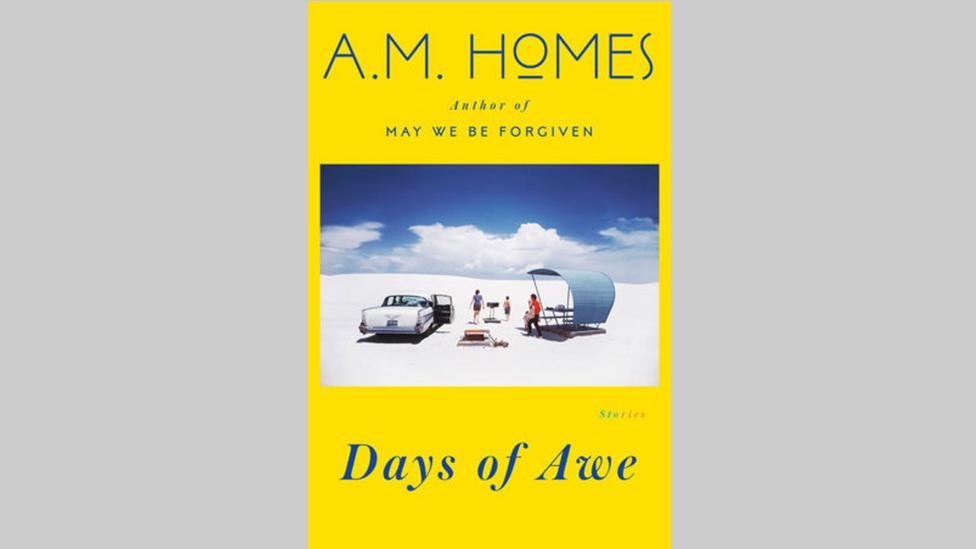 4 AM Holmes, Days of Awe

Homes, winner of the Women’s Prize for Fiction, brings sardonic vision and intellectual acuity to a dozen stories that capture the ironies of US life. In The Last Good Time, a young father returns to Disneyland, hoping to recapture his unbroken self before his parents’ divorce. Brother on Sunday offers a first-rate account of a competitive beach day in the Hamptons. In a visionary tale a family of “consumers to the core” reach an end point. In the brilliant title story, a war correspondent and a transgressive novelist – former post-collegiate buddies – reconnect at a conference on genocide and embark on a series of adventures that range from spiritual to erotic. “Why do you and I choose to live in the pain of others?” she asks him. (Credit: Viking Press) 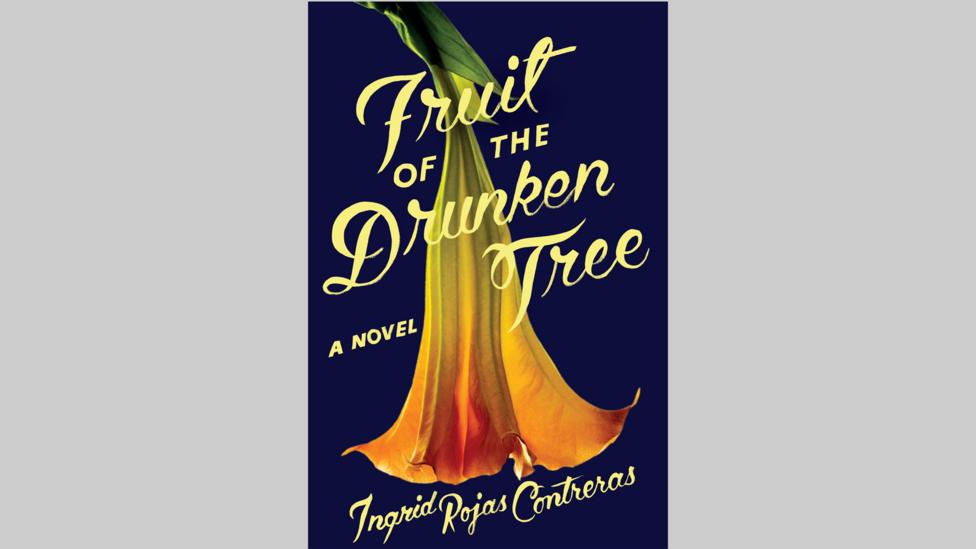 Contreras’s absorbing coming-of-age novel draws from her family’s experience in Bogotá during the turbulent 1990s (she was 14 when they fled). She interweaves the stories of Chula, who is seven as the novel begins, and Petrona, the 13-year-old her mother hires as a live-in maid in their gated community. As Chula witnesses the 1990 assassination of the anti-cartel presidential candidate Luis Carlos Galán, Petrona mourns her 12-year-old brother, murdered by narco-paramilitaries who suspected him of being a guerrilla. Chula is injured by flying glass after a car bombing, and terrified by reports of Medellín drug kingpin Pablo Escobar’s jailbreak. Petrona is a comfort and an anchor – until her boyfriend targets Chula and her sister for kidnapping. Whose side will she take? A complicated tale of tough choices and betrayal. (Credit: Doubleday) 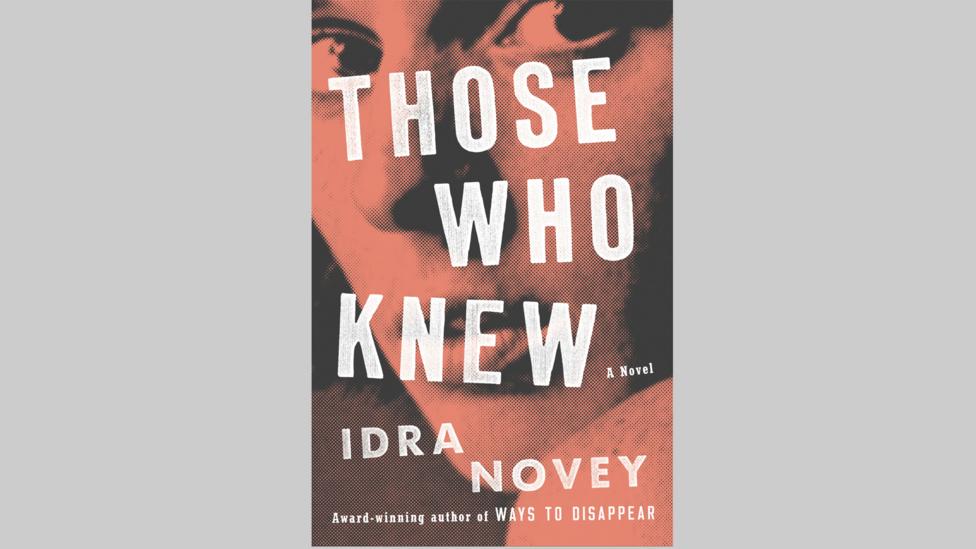 2 Idra Novey, Those Who Knew

Novey’s bold and timely novel is set on an unnamed island newly emerged from a dictatorship. Single mother Lena is suspicious of Victor, a prominent young senator who champions the right to free college tuition. She had a violent encounter with him when they were student activists in college, and she suspects he may have been involved in the death of Maria, a student introducing him at rallies. Novey’s portrait of a charismatic bully who rises to power, gaining the backing of a political party through manipulation and the willing silence of others, is chilling. She tells her story through multiple forms – a diary, a play in progress. And through multiple perspectives – Lena, her older activist friend Olga, Victor’s gay playwright brother Freddy, his wealthy wife Cristina, even Victor himself. (Credit: Viking) 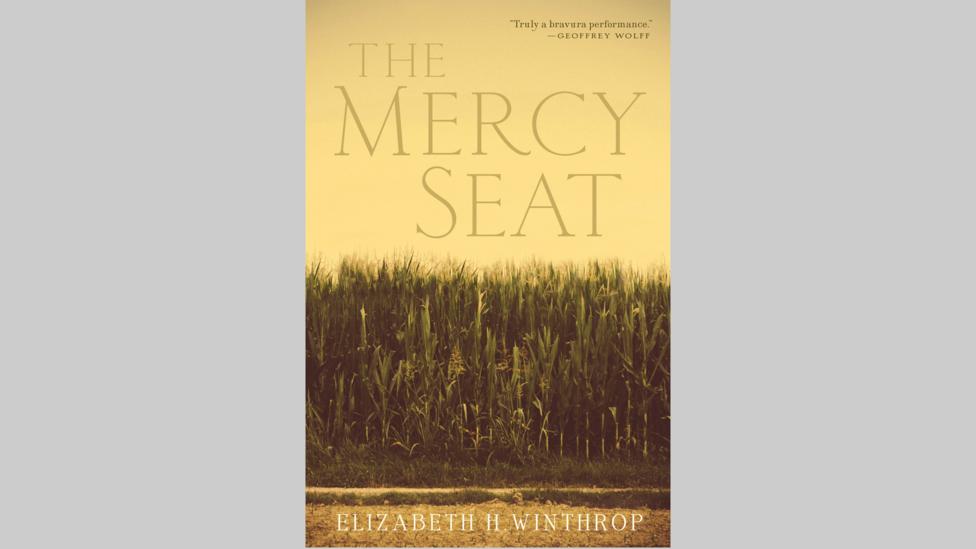 Winthrop’s beautifully crafted novel unfolds in 1943 Louisiana during the hours before the midnight execution of Willie Jones, 18, a black man accused of rape by his white girlfriend's father. Winthrop casts her story through a prism, capturing a spinning procession of characters. There’s Lane, an Angola Prison ‘trusty’, driving the heavy-drinking guard, Seward, to pick up the travelling electric chair, which he finds “deeply sinister in its simplicity”. There’s Willie, awaiting his death; Willie’s father Frank, travelling by mule with Willie’s tombstone, desperate to see his son; and the compromised white district attorney and his wife. Winthrop captures the time, the place, and the people of the Jim Crow-era South – and reminds us that evil rooted in the past lurks beneath the surface, emerging still from time to time. (Credit: Grove Atlantic)