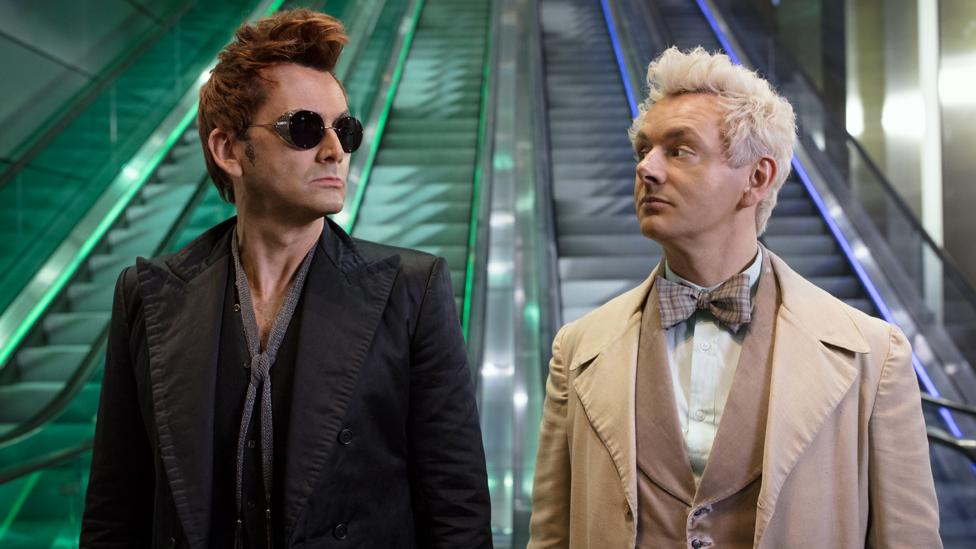 By Eddie Mullan 2nd January 2019
From thrillers to comedy and foreign drama, Eddie Mullan rounds up the most exciting programmes coming to the small screen in the next 12 months.
D 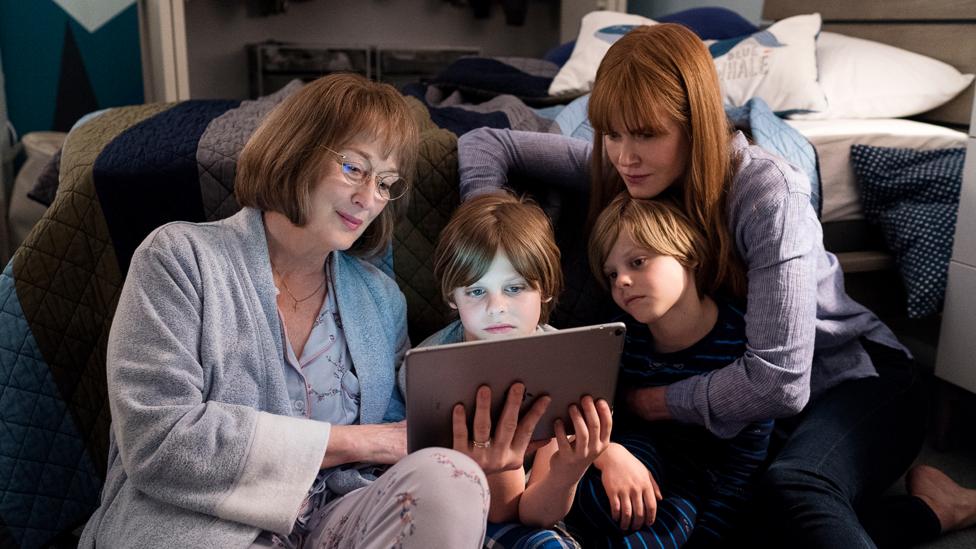 Deception returns to coastal Monterey – in a new story written by author Liane Moriarty – for a second series of darkly comedic drama Big Little Lies (HBO). Joining the cast is award-statue collector Meryl Streep, starring as mother-in-law to Celeste Wright (Nicole Kidman), which may spell trouble after events at the end of season one. Alongside Kidman, Reese Witherspoon, Shailene Woodley, Laura Dern and Zoë Kravitz all reprise their roles.

From Harry and Jack Williams, The Missing spin-off Baptiste (BBC One) sees Tchéky Karyo return as insightful French investigator Julien Baptiste. The new series sees the stubborn detective become embroiled in a case in Amsterdam, when the chief of police – who happens to be an ex-girlfriend – seeks out his help. Jessica Raine and Tom Hollander also star.

Between Wonder Woman films, director Patty Jenkins and Chris Pine bring us I Am the Night (TNT) a dark noir based on the mystery surrounding the gruesome Black Dahlia murder case. India Eisley co-stars as Fauna Hodel, a girl given away at birth, who one day makes a discovery that leads her to question everything she knows to be true. She meets ruined reporter (Pine) and together they follow a sinister trail in Hollywood. 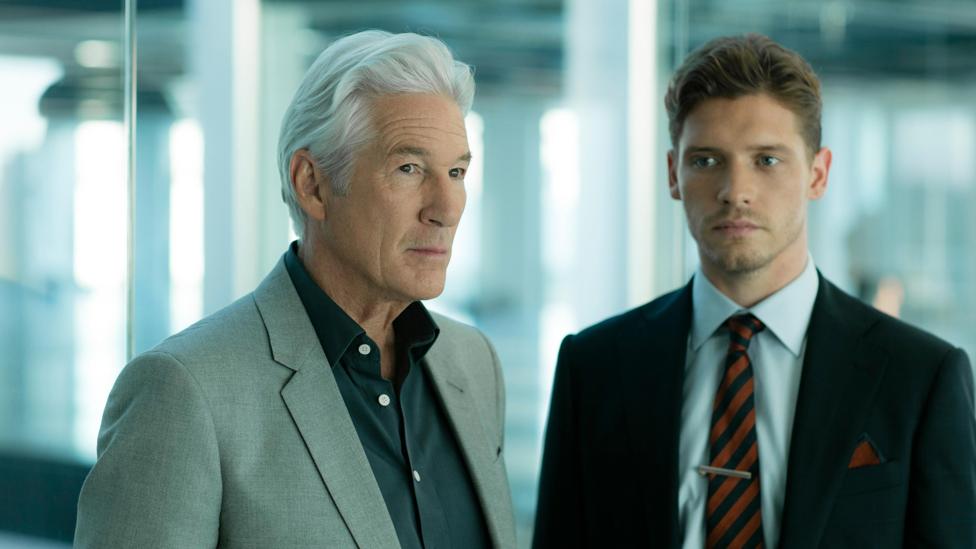 In his first TV role in nearly three decades, Hollywood star Richard Gere plays a charismatic media magnate named Max, in MotherFatherSon (BBC Two). His 30-year-old son, Caden (Billy Howle), runs Max’s British newspaper and is primed to follow in his father’s footsteps as one of the most powerful men in the world. But when Caden’s self-destructive lifestyle spirals out of control, the consequences threaten the future of the family’s empire. Other cast members include Sarah Lancashire and Ciarán Hinds.

Suranne Jones stars in Gentleman Jack (BBC One) as Anne Lister, the remarkable landowner who – after years of exotic travel and social climbing – returns to Halifax, West Yorkshire in 1832, determined to transform the fate of her faded ancestral home. Billed as an unlikely love story, it is set in the cradle of the Industrial Revolution. Written by Sally Wainwright (Happy Valley), the series explores Anne’s relationships, servants and professional rivals, who will use any dirty tricks they can to bring her down. 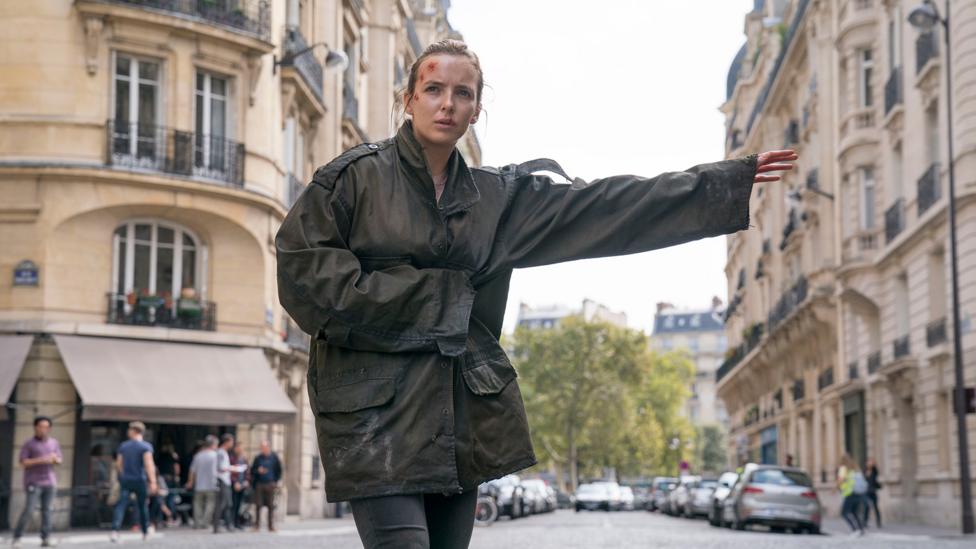 A spate of murders in a fifth season of Luther (BBC One) brings self-destructive detective chief inspector John Luther (Idris Elba) and new recruit DS Catherine Halliday (Wunmi Mosaku) a complex tangle of leads and misdirections that seem designed to protect an untouchable corruption. As the body count rises, and gangster George Cornelius (Patrick Malahide) applies his own pressure, can Luther catch a killer and save his own neck? After last season’s cliffhanger, Ruth Wilson returns as fan-favourite Alice Morgan.

Speaking of lovable psychopaths – prolific young assassin Villanelle (Jodie Comer) is not dead, but looking worse for wear as MI5 officer Eve Polastri (Sandra Oh) resumes the cat-and-mouse game around Europe in a second season of Killing Eve. Joining them are Nina Sosanya, Edward Bluemel and Julian Barrett, with scene-stealer Fiona Shaw returning. One of the best shows of 2018, the spy thriller is based on the Codename Villanelle novellas by Luke Jennings.

The most highly-anticipated ending of all time must be the final season of Game of Thrones (HBO), which closes with a six-episode run. Cersei Lannister once said “When you play the game of thrones, you win or you die,” but will she, Daenerys Targaryen, Jon Snow or someone else sit on the Iron Throne to rule the seven kingdoms – and if the Night King doesn’t get defeated, will there be anyone left to rule? 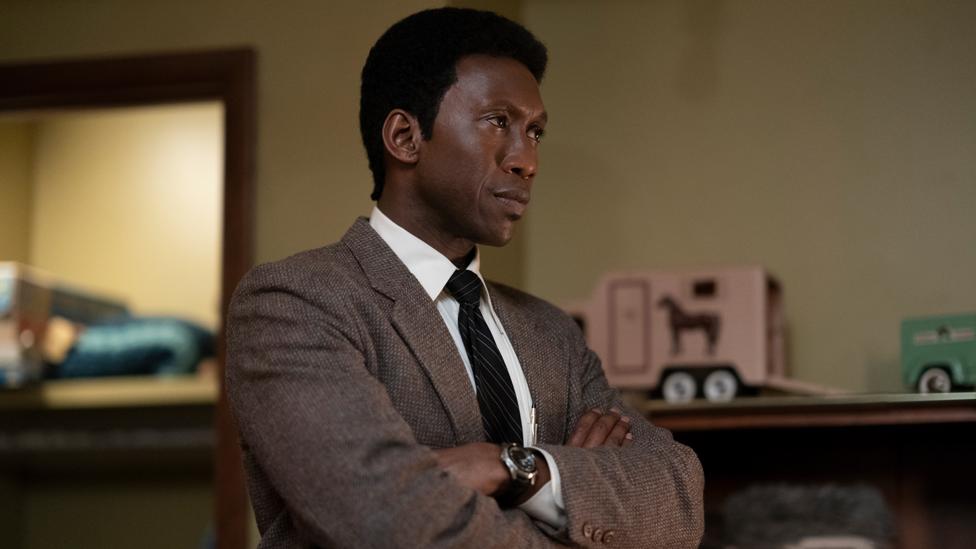 Series five of Peaky Blinders (BBC One) finds the world thrown into turmoil by the financial crash of 1929, with misfortune and opportunity everywhere. When Tommy Shelby MP (Cillian Murphy) is approached by a charismatic politician with a bold vision for Britain, he realises that his response will affect not just his family’s future but that of the entire nation.

Playing out in three separate time periods, the next instalment of True Detective (HBO/Sky Atlantic) will hope to get the series back on track after an underwhelming second outing. The story focusses on a grisly crime involving two missing children in the heart of the Ozarks, and a mystery that deepens over decades. Moonlight star Mahershala Ali is Wayne Hays, a state police detective obsessed with finding out the truth, with Stephen Dorff and Carmen Ejogo co-starring.

After the discovery of suspicious bank transfers pulled him from the safety of his desk job in season one of Tom Clancy’s Jack Ryan (Amazon Prime Video), the next series moves away from terrorism and to warmer climes. We follow CIA analyst Jack Ryan (John Krasinksi) as he confronts the forces in power in a dangerous, declining democratic regime in South America. 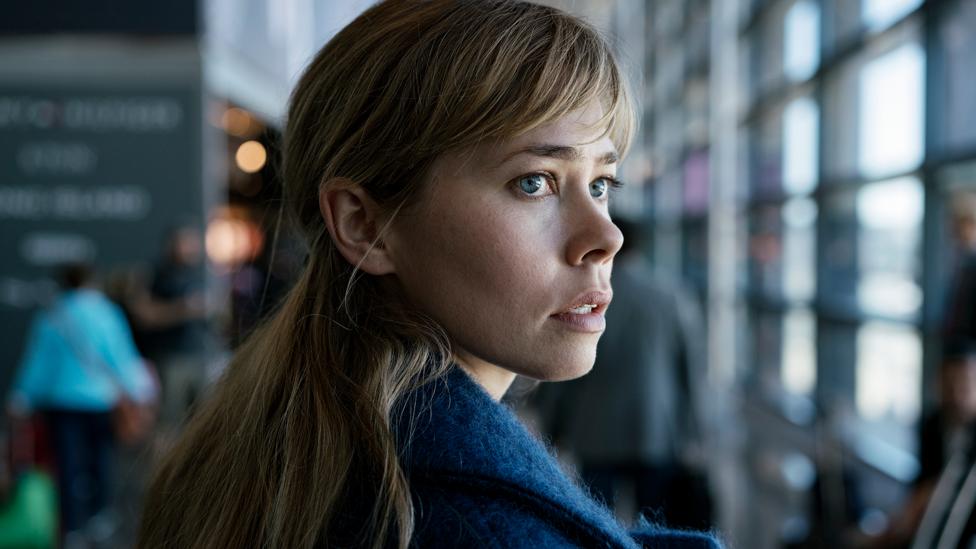 Writer Adam Price follows up his political drama Borgen with an exploration of how faith and religion affects our lives in glossy Danish drama Ride Upon the Storm (Channel 4/Walter Presents), starring House of Cards’ Lars Mikkelsen in a family of priests and how they choose a path to a meaningful life.

A zombie horror set in medieval South Korea, Kingdom (Netflix) tells the story of a crown prince (Ju Ji-hoon) who has fallen victim to a conspiracy, and has to set out on a mission to unveil the evil scheme and save his people from a strange plague that renders the infected immune to death and hungry for flesh.

Swedish-Danish thriller Greyzone (Channel 4/Walter Presents) follows the events leading up to a terror attack in Scandinavia. During a business trip abroad, drone software engineer Victoria (Birgitte Hjort Sørensen) meets a reporter – but the interview turns into a dangerous situation where Victoria and her son Oskar are taken hostage. When anti-terror police discover her desperate situation, they force her to become a double agent and gain insight into her captor’s terror network.

Moody Icelandic detective series Trapped (RÚV) returns with more grisly crimes, but is to touch more on contemporary issues that are important to Icelanders. In season two, we are back in the company of police officer Andri Ólafsfson (Ólafur Darri Ólafsson) and his colleagues, as they examine an even more complex and challenging murder case. The crime drama, became the sleeper hit of 2016 and will need to have something special up its sleeve if it’s to keep fans happy. 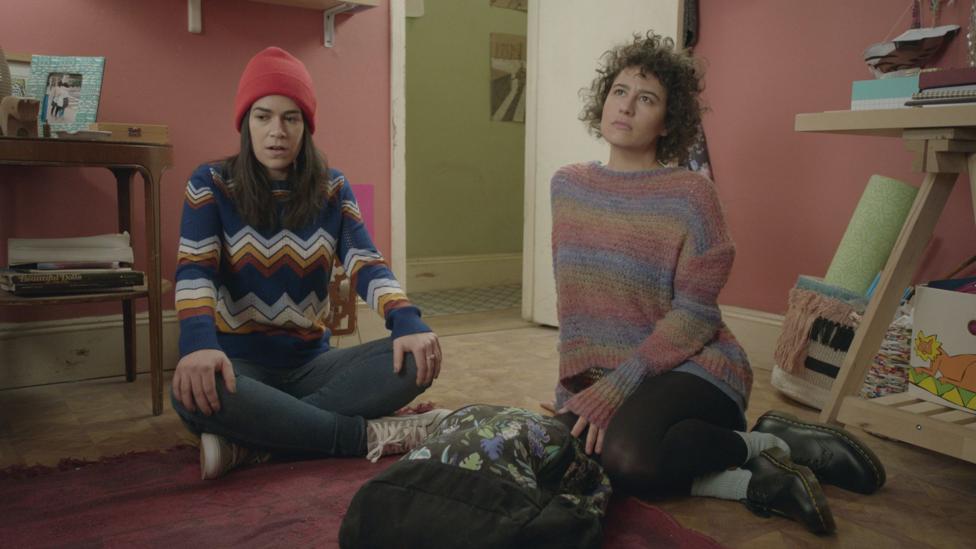 A New Zealand horror mockumentary that followed three vampire roommates is being remade for TV, as What We Do in the Shadows (FX) relocates from Wellington to New York. Created by Flight of the Conchords’ Jermaine Clement, the US version stars Matt Berry, Kayvan Novak and Natasia Demetriou.

Scathing US political satire Veep (HBO) was put on hold last year after its star Julia Louis-Dreyfus received treatment for breast cancer; a diagnosis she received just one day after taking home a sixth consecutive Emmy award. Happily the comedy great will be back on our screens in 2019 as Selina Meyer tries one last time to run for the White House, with the seventh series kicking off with Selina paying a visit to an Iowa country fair. Because what path to the presidency doesn’t go through Des Moines?

Having started life as a web series – and the main reason the phrase “Yas Queen!” still endures – Abbi Jacobson and Ilana Glazer’s Broad City (Comedy Central) where two aimless but awesome best friends try to navigate life in New York City, finally comes to an end with a fifth season. New projects in development from the duo include Mall Town USA, Platinum Status, and Young Professionals.

Canada’s most bingeable sitcom returns with Schitt’s Creek (CBC/Pop). It stars Eugene Levy and his son Dan, Catherine O'Hara and Annie Murphy as The Roses, a wealthy family who lose their money overnight and move to a rundown motel in the titular town, which they bought years earlier as a joke birthday present. In season five the family are finally thriving and find themselves ready to take their personal relationships and business pursuits to the next level.

In Black Monday (Showtime) we travel back to 19 October 1987, the worst day in Wall Street’s history; when a group of outsiders take on the old boys’ club of Wall Street and ended up crashing the world’s largest financial system, a Lamborghini and the glass ceiling. Don Cheadle stars as a cocaine-fuelled stockbroker, alongside Regina Hall and Andrew Rannells in an outrageous dramedy that explores the excess cash and subsequent crash of the 1980s. 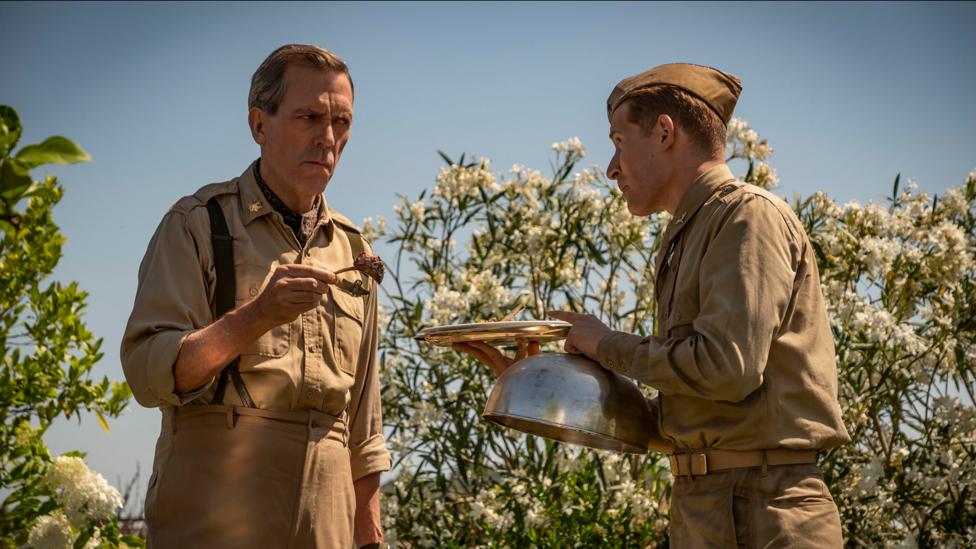 Catch-22, Joseph Heller’s 1961 satirical novel set in Italy during World War Two, (Hulu/Channel 4) is the story of Captain John Yossarian (Christopher Abbott), a 28-year-old Air Force bombardier who is furious because thousands of people he has never met are trying to kill him – either directly by flying into his B-25 plane, or indirectly by forcing him to fly increasing numbers of missions. Stars Hugh Laurie as Major de Coverley, and George Clooney (who also directs) in a supporting role.

An eight-part series that blends the first two novels of Tana French’s Dublin Murder Squad series, Dublin Murders (BBC One/Starz/RTÉ) delivers a dark psychological mystery set during the height of the Celtic Tiger financial boom of the millennium. Led by ambitious detectives Rob Reilly (Killian Scott) and Cassie Maddox (Sarah Greene), we follow two murder investigations; seemingly unrelated, but somehow connected by powerful shared themes. The case of a young talented ballerina who is found on an ancient stone altar, and another woman who is stabbed in a roofless famine cottage.

Alan Moore and Dave Gibbons’ iconic graphic novel Watchmen (HBO) set in an alternate history where superheroes are treated as outlaws, is getting a small-screen adaptation starring Jeremy Irons, Regina King and Don Johnson. The Leftovers writer Damon Lindelof set out his aims to fans that he would embrace the nostalgia of the graphic novel while breaking new ground in an original story of its own. A remix rather than a reboot, as Lindelof puts it.

Following the cliffhanger end to series four of Poldark (BBC One) – based on Winston Graham’s seventh novel The Angry Tide – series writer Debbie Horsfield has hinted at what might be in store for the lives of the Poldarks, George Warleggan, the Enyses, and the Carnes in this fifth and final season. The original novels left a break of 10 years between The Angry Tide ending and the eighth, The Stranger from the Sea, beginning: “Winston Graham made many references to developments that happened in the 'gap' years. Much can be inferred,” Horsfield said. “There are, of course, also historical events and people of the time, both in Cornwall and in London.”

Based on the 1990 fantasy novel by Neil Gaiman and Terry Pratchett, Good Omens (Amazon Prime Video) takes place in modern times when the end is nigh and final judgment is set to descend upon humanity. Aziraphale (Michael Sheen), a somewhat fussy angel, and Crowley (David Tennant), a fast-living demon are not actually looking forward to the apocalypse and join forces to try to prevent it happening.

Events aren’t faring any better for the people of Horsell Common in Surrey, as it is struck by a huge meteor, and the inhabitants of Earth slowly fall victim to a vicious invasion in War of the Worlds (BBC One). Eleanor Tomlinson and Rafe Spall lead, alongside Robert Carlyle and Rupert Graves in the first British television adaptation of HG Wells’ classic novel.