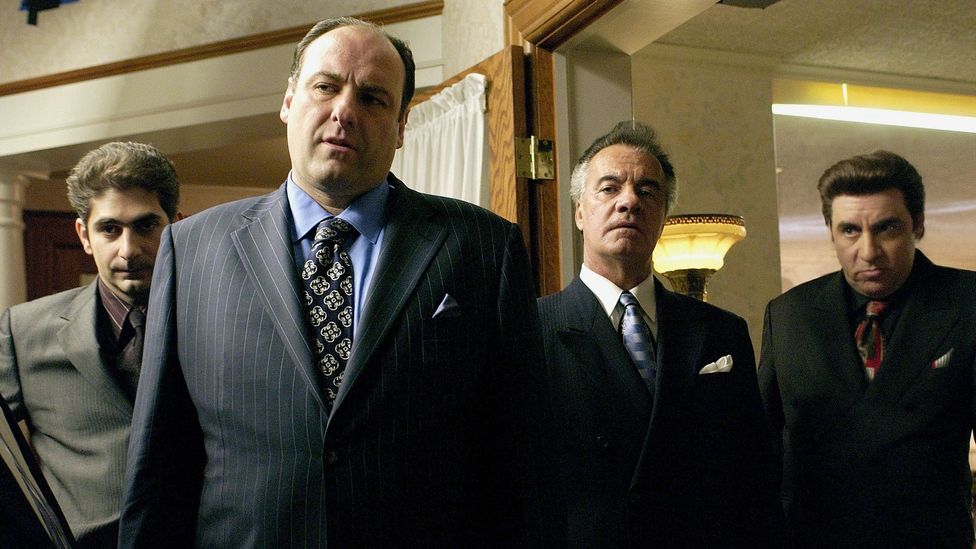 David Chase wanted to be an avant-garde European film-maker, the next Fellini, or at least a 1970s US auteur, the next Scorsese. Instead, throughout the 1970s, 1980s and 1990s, he found himself toiling in the episodic television mines at shows such as The Rockford Files and Northern Exposure. He loathed the medium, but he couldn’t seem to make the jump to feature film-making.

When he had the idea for The Sopranos script – mob boss goes into therapy to deal with his overbearing mother – he wanted it to be a movie. The plot would revolve around a suburban New Jersey gangster, Tony Soprano, and the complicated interaction between his professional life and family life as a son, husband and father. It would be a sometimes sensitive, sometimes brutal, very modern take on mob films such as Goodfellas and The Godfather. 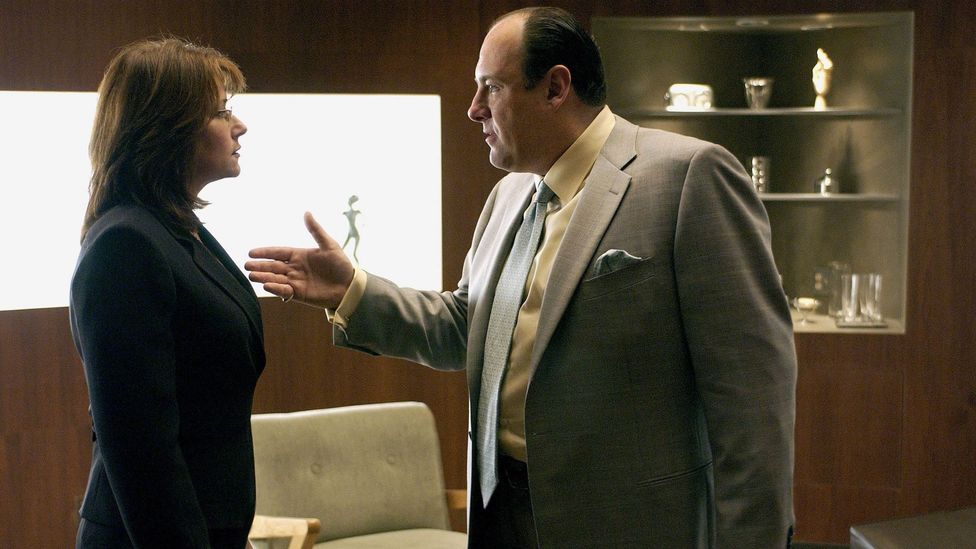 Tony Soprano is a mob boss who goes into therapy to deal with his overbearing mother (Credit: Alamy)

But Chase’s manager urged him to consider television, particularly HBO, which hadn’t yet transformed itself into the global powerhouse we know today. At the time, in the late 1990s, HBO was a pay-cable network known for showing movies, boxing, and the cult favourite The Larry Sanders Show. It wanted cutting-edge, high-quality TV – TV that looked exactly like the kind of films Chase had dreamed of making.

When The Sopranos premiered on the network on 10 January 1999, critics collectively swooned. HBO drew record audiences, and enjoyed a wave of rapturous press and watercooler buzz. It took only a few months for European countries to begin snapping up rights to air the series. Only Italian audiences – perhaps ironically, perhaps understandably – were reticent about a show featuring a neurotic Italian-American gangster.

Now, 20 years after the show’s US premiere, it’s impossible to overstate The Sopranos’ influence on television across the globe. Though HBO’s epic Game of Thrones has since surpassed its viewing records, The Sopranos paved the way for that series’ filmic scope, massive budgets and worldwide popularity. Arguably, every drama that premiered afterwards bore its mark: plots were instantly darker, heroes were instantly anti-heroes, stakes were instantly higher. Even comedies adopted some of its hallmarks, including deeply flawed main characters and twisting, highly serialised storylines. This rippling influence began with The Sopranos’ true artistry, and the landmark performances of James Gandolfini as Tony and Edie Falco as his wife, Carmela, among others. But the TV landscape of the time and changing technology amplified that effect enormously. 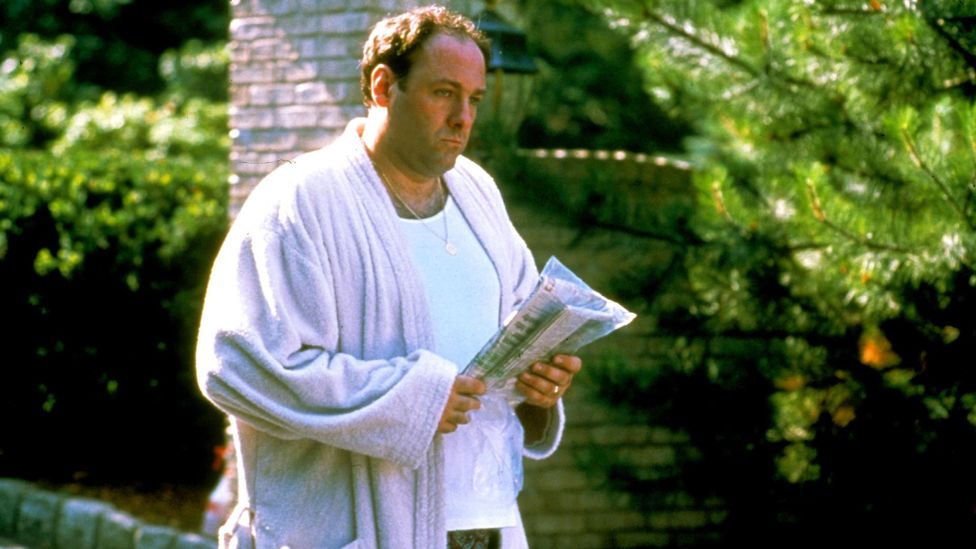 The Sopranos was the Big Bang of our peak TV era. It was the right show in the right place at the right time.

When The Sopranos first aired, it looked like nothing ever seen on television. Friends, Touched by an Angel, Frasier and Everybody Loves Raymond were hits. ER was the gold standard in dramas, ground-breaking in its use of documentary-style camera angles and relatively realistic storytelling, free of the neat endings TV was known for. But The Sopranos obliterated ER’s lock on what a respected drama should look like. Tony’s saga was a subtle character study and a treatise on modern masculinity, told with novelistic detail and literary metaphors, punctuated by occasional bursts of brutal violence and raucous humour.

It couldn’t have worked, however, before 1999. By that time, cable was becoming more standard in US homes, and cable networks were thus beginning to explore original programming to supplement their schedules full of syndicated re-runs and movies. With video rental now rampant, a pay network like HBO particularly needed a way to lure viewers with something unique and worth paying for. The only way to do that was with a show that gave them something they couldn’t get on traditional broadcast networks: a series that looked like a movie, complete with R-rated elements like nudity, swearing and violence. The Sopranos universe provided that naturally; had the show ended up on one of the US broadcast networks, which are held to Federal Communications Commission standards, it would have felt ridiculously sanitised. Its shock value got people talking, which compelled those who overheard Sopranos praise at the watercooler to run home and subscribe to HBO to see what all the fuss was about. 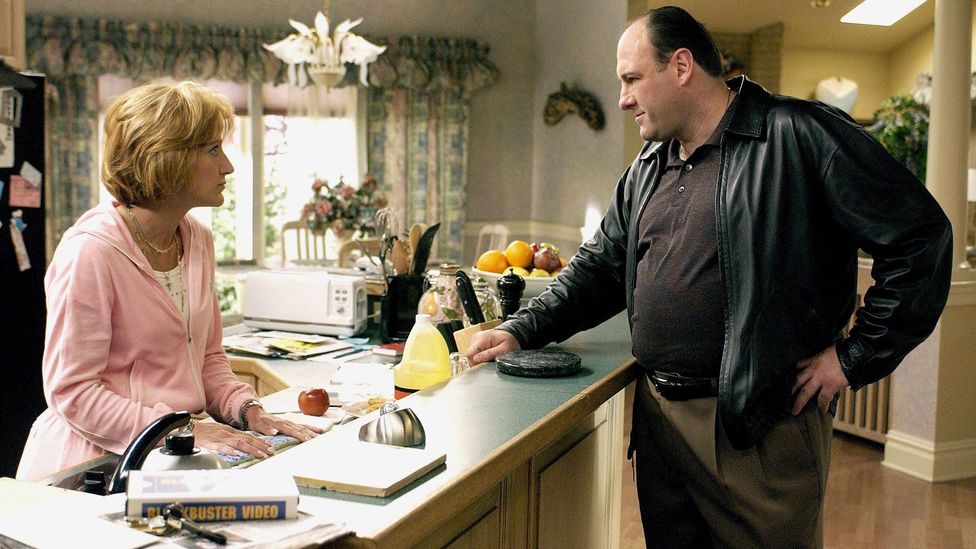 Did my cable just cut out?

And as the show progressed, internet use became more mainstream, allowing fans to connect online to debate and analyse plot points, deconstruct symbolism and catalogue minutiae about the world of The Sopranos. This was most evident in the aftermath of its legendary 2007 series finale, which ended with an abrupt cut to a black screen as Tony and his family dined out and he may or may not have got the whacking he was anticipating. (Most viewers’ first reaction: ‘Did my cable just cut out at the worst possible moment?’) One fan started a blog in order to post an epic essay explaining why there is no doubt that Tony is dead – a post that has gone viral many times over. Since then, that finale has been analysed all over the internet.

Sex and the City gave HBO glitz, but The Sopranos gave it gravitas

The Sopranos set the template for the life cycle of a great TV show in the 20 years since it premiered. A show gains critical praise, then viewers start tuning in to be part of the conversation. It becomes a phenomenon, its every detail obsessed over online, analysis upon analysis, a conversation that never has to die in the age of binge-streaming. And every cable network, pay and basic, took away one lesson that would perpetuate The Sopranos’ influence: if you build a critically praised show with complicated characters and high production values, viewers will come – and the right show can single-handedly brand a network anew. The Shield, Battlestar Galactica, Breaking Bad, Sons of Anarchy and Mad Men all earned their basic cable networks newfound respect. This model travelled straight into the streaming era: Orange is the New Black made Netflix, Transparent made Amazon Prime and The Handmaid’s Tale made Hulu. 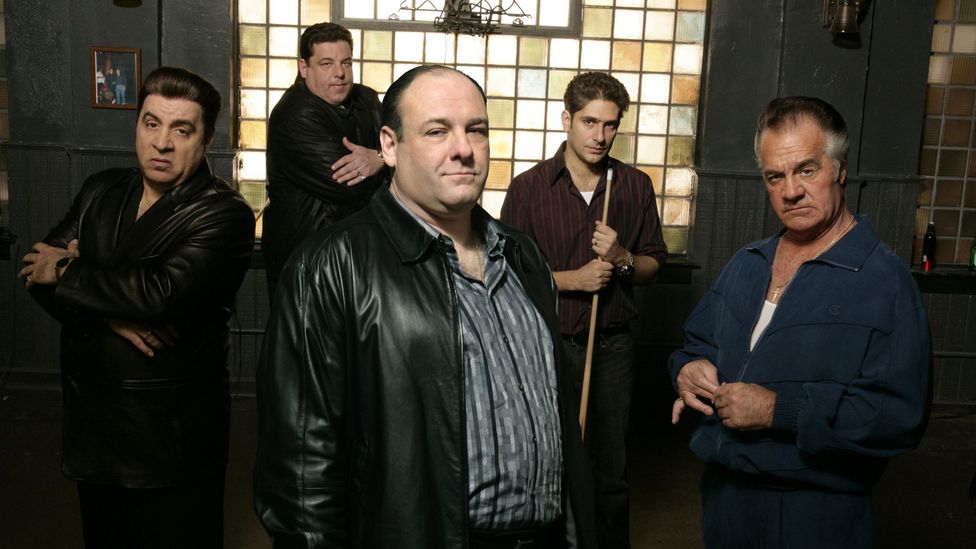 “The Sopranos set the template for the life cycle of a great TV show in the 20 years since it premiered” (Credit: Alamy)

The Sopranos was the foundation upon which HBO became a cultural force. Sex and the City premiered on HBO six months before The Sopranos, breaking ground for women in television and comedy, becoming an influential trend factory. But that show’s female focus and light touch prevented it from getting the respect The Sopranos was instantly afforded on its own great merits. Sex and the City gave HBO glitz, but The Sopranos gave it gravitas. The network became synonymous with quality drama, the great TV-making seal of approval. HBO’s track record in the decades since has not been perfect, but it’s impressive: The Wire, Six Feet Under, Deadwood, Game of Thrones, Big Little Lies, Insecure.

This influence radiated across the world as well, with The Sopranos model becoming the de facto standard for quality television. Danish political drama Borgen, British dystopian anthology series Black Mirror and Australian women’s prison drama Wentworth are among the many that have followed in The Sopranos’ artistic wake.

We’ll probably be debating whether Tony is dead for decades to come. But one thing is clear: The Sopranos’ legacy on television will live on for far longer than that.