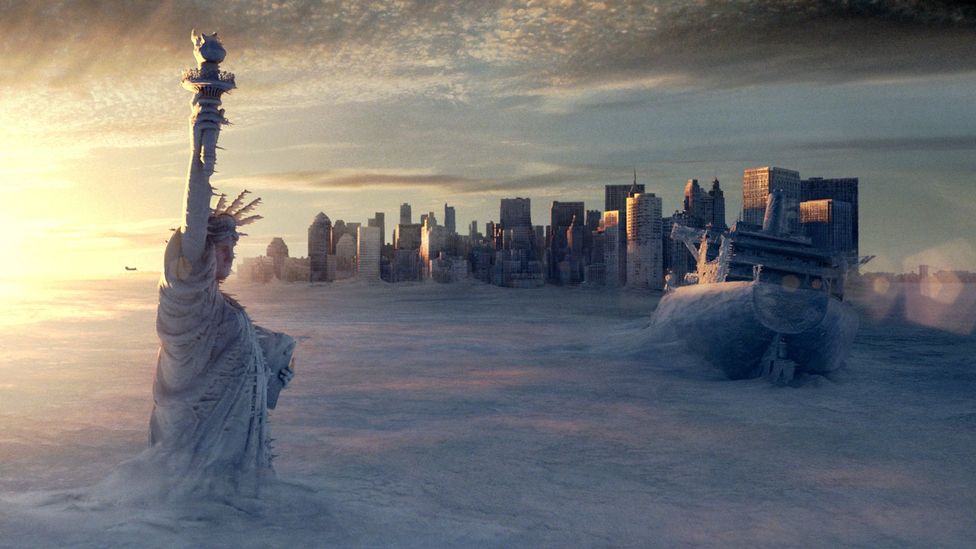 It’s the year 2140 and two kids ride their skimboards in the heart of Manhattan, near the point where Sixth Avenue meets Broadway. If you are familiar with this junction you would know it is far from the US’ current coastline. But in Kim Stanley Robinson’s novel New York 2140, Manhattan is flooded after unabated climate change causes the sea level to rise by 50ft (15.25m). The amphibian city is now a SuperVenice, a grid of canals populated by vaporettos where characters must learn how to deal with a world both familiar and unrecognisable to us. Mid-Manhattan skimboading is all too possible in this future.

Robinson’s 2017 climate-fiction novel belongs to a growing cadre of works about drowned nations, wind farm utopias or scarred metropolises decades into the future. As diplomats draft the rulebook for the global response to the climate crisis and engineers race to produce better solar panels, writers have found their role, too: telling what Robinson calls “the story of the next century”. In doing that, they might be helping readers across the world comprehend the situation in which we currently find ourselves. 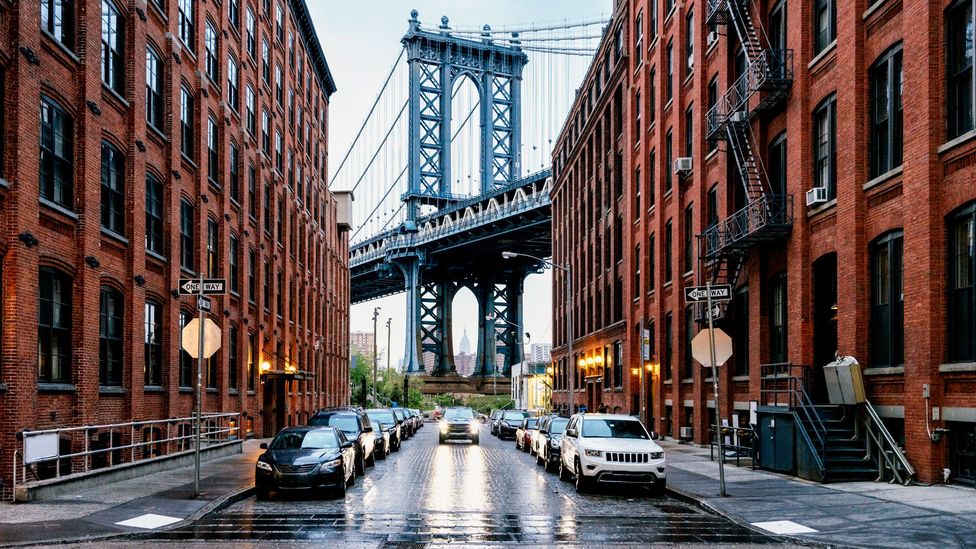 Kim Stanley Robinson imagines Manhattan not lined with streets, but as a grid of canals (Credit: Getty)

Climate change is a notoriously elusive crisis to make sense of, particularly compared to other human-impact catastrophes. Drop some toxic chemicals in a river now and you will see dead fish within days, but what do you witness when you release carbon dioxide? And while, in 2018, a report by UN climate scientists stated that we are heading towards a catastrophe, who can truly imagine what that looks like?

This is where fiction comes in: it brings the abstract data closer to home by focusing on the faces and stories in these futures. Show readers a detailed and textured account of a climate-changed future, says Robinson, and they have an easier time imagining it. It feels real: characters in these novels worry about the welfare of their children, meddle in extra-marital affairs and grapple with train schedules, just as readers would on their daily lives.

“Science fiction gets people thinking in a way that another report on climate change doesn’t,” says Shelley Streeby, a Professor of Literature and Ethnic Studies at UC San Diego. “It helps people feel about what might be coming, but also about the present.”

The numbers for climate fiction, or cli-fi as some people call it, are hard to pinpoint – but they are growing fast. A 2016 review tallied 50 novels dealing specifically with man-made climate change and its effects, with 20 appearing in the previous five years, although this number includes all types of novels. That includes John Lanchester’s new environmental fable, The Wall, which has been described as “disquieting and quite good fun at the same time”. 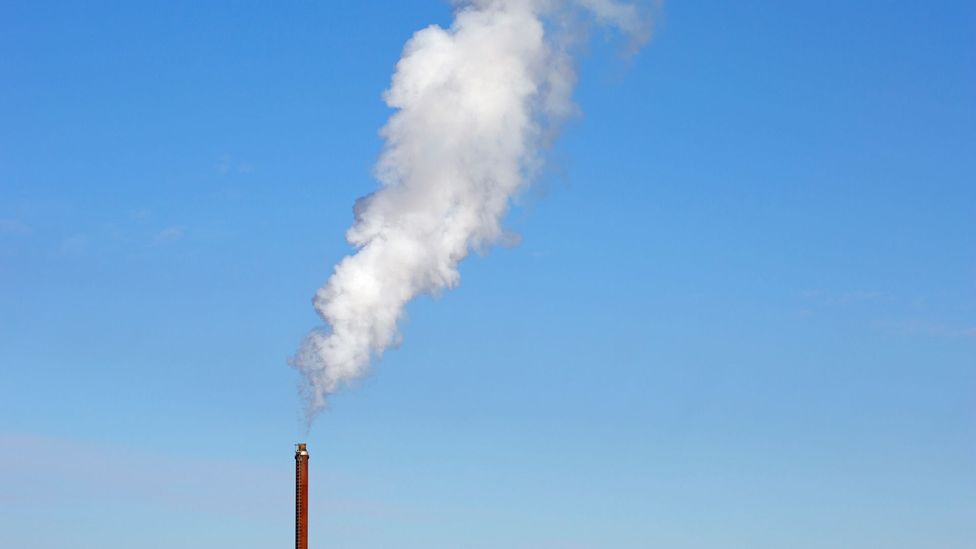 Science fiction’s penchant for extrapolation gives the genre an extra appeal, says Streeby. It is about taking certain conditions that exist nowadays, extending them into the future and throwing a bunch of characters into their midst.

It might be hard, for instance, to imagine the implications of a world where temperature has risen by more than 2C, an increase scientists conclude would disrupt much of life on Earth. It is also hard to make sense of the fact that our current lifestyle, without changes, can lead to such a situation. With sci-fi you can take current conditions forward by several decades and imagine what commuting or buying bread in 2080 looks like.

But the current movement also deals differently with the possible futures. Whenever climate change filters into mainstream culture, particularly in Hollywood movies like The Day After Tomorrowor 2012, it often does so as catastrophe. Most of the fictional literature about climate change looks beyond that and asks: ‘How is the world after the crisis?’

The film The Day After Tomorrow imagines a climate change-ravaged future as a catastrophe (Credit: Alamy)

One possible answer comes from ‘solarpunk’, a movement of writers that actively imagine a better future through their work. Authors like the New Mexico-based Sarena Ulibarri dislike the doom-and-gloom tone of dystopian literature, deciding instead to show what a fairer world – powered by renewables – could look like. The genre took its first steps in 2012 when a Brazilian publisher edited a short story compilation and since then it has flourished, mostly in blogs and on Tumblr.

“Any near-future science fiction that does not engage with climate change is fantasy,” says Ulibarri, who believes you can take up the challenge on your own terms. 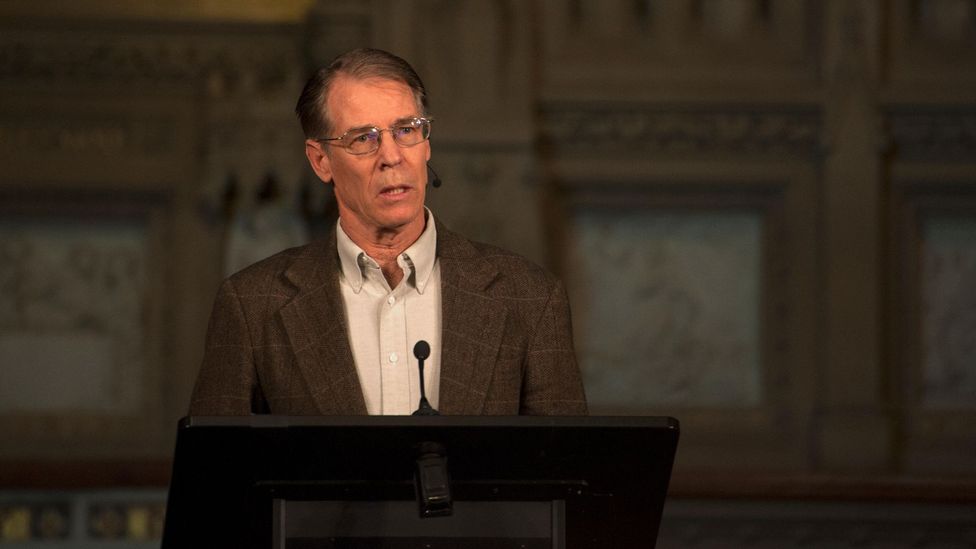 Because the what-could-happen opens so many doors, science fiction writers often engage in political critique as an alternative to climate dystopia. In a scene from Robinson’s New York 2140, one of the characters is bashing the economic system, arguing that “the world is a mess because of the assholes who think they can steal everything and get away with it. So we have to overwhelm them and get back to justice.”

After his interlocutor asks him whether conditions are ripe for such a move, he replies: “Very ripe.People are scared for their kids. That’s the moments things can tip.” One could wonder whether the characters are talking about concerned parents in 2140 or in 2018 and, as with most good dialogue in science fiction, it is hard to know. Robinson calls his approach “angry optimism”: it can get better, yes, but only if people are ready to shake things up.

But some people have more shaking up to do than others. For much of science fiction’s history, white men have dominated the genre – with the figure of the male scientist or the white explorer commonplace – and the voices of women, indigenous groups and people of colour have been marginalised, even if they were also writing and publishing. Just as important as the story, it becomes relevant who writes it and who is featured in it, Streeby argues in her recent book. She claims that decolonising the imagination, in this case related to climate change, is a crucial task ahead.

In a society where climate change impacts marginalized groups disproportionately, imagining the future through climate fiction becomes an act of resistance.

“We need to consider the multiple versions of the future we get from different groups,” explains Streeby, who prefers the plural ‘futures’ to the singular ‘future’. “If we let these stories proliferate and we hear them, they will give us a lot more possibilities and answers than if we imagine that there is only one.”

She mentions the African-American novelist Octavia E Butler as an example. Her 1993 novel Parable of the Sower follows a black teenager as she navigates a drought-ravaged California in the mid-2020s. By placing a black female character in the midst of her climate future, Butler paved the way for other writers and readers to do the same. The future could be female and it could be black, Butler showed. 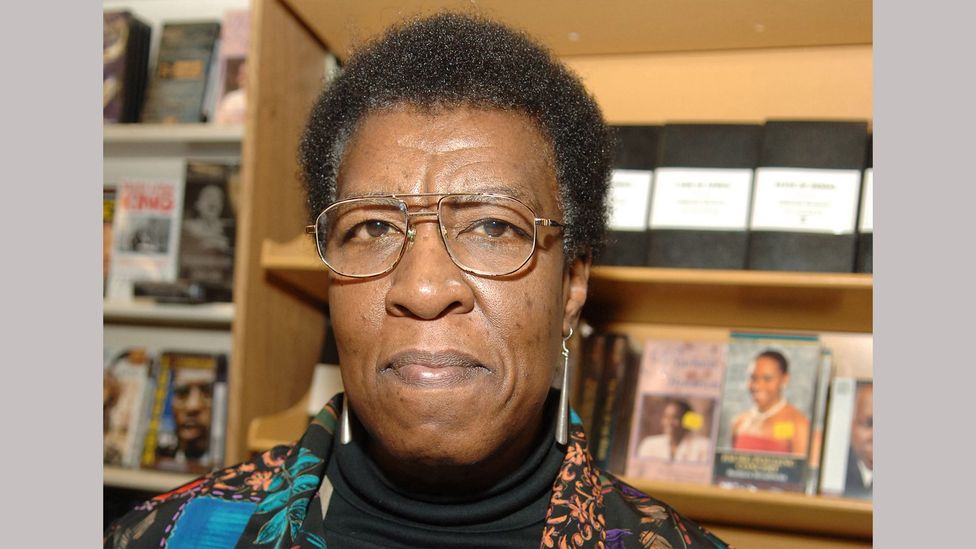 The future could be female and it could be black, showed Octavia E Butler (Credit: Getty)

Voices from indigenous communities or people of colour, like that of Butler, are not a novelty. They have been writing about their futures for decades, says British writer and curator Angela Chan, even if mainstream Western narratives have only begun paying attention to them recently. In a society where climate change disproportionately impacts marginalised groups, imagining the future through climate fiction becomes an act of resistance. “People have been speculating about the future because they are oppressed,” says Chan.

Part of the Chinese diaspora in the UK, Chan has recently explored how science fiction writers in China make sense of present realities and future challenges through climate change stories. Chan cautions against looking at Chinese literature through a Western lens: China has a huge scene on its own, including the magazine Science Fiction World, which lays claim to being the world’s most popular sci-fi periodical.Rather, she wants to explore who climate fiction is speaking for and whether it can open doors and spaces for those excluded.

In the quest to adopt climate change as a topic, writers are doing what they do best: trying to tell a good story. Sometimes they write with a touch of optimism as they negotiate the current crisis. But even with this optimism, these writers want to make sure the world knows they, at least, are paying attention. As one character in Robinson’s New York 2140 concludes, the scientists “published their papers, and shouted and waved their arms, a few canny and deeply thoughtful sci-fi writers wrote up lurid accounts of such an eventuality, and the rest of civilization went torching the planet like a Burning Man pyromasterpiece. Really.”